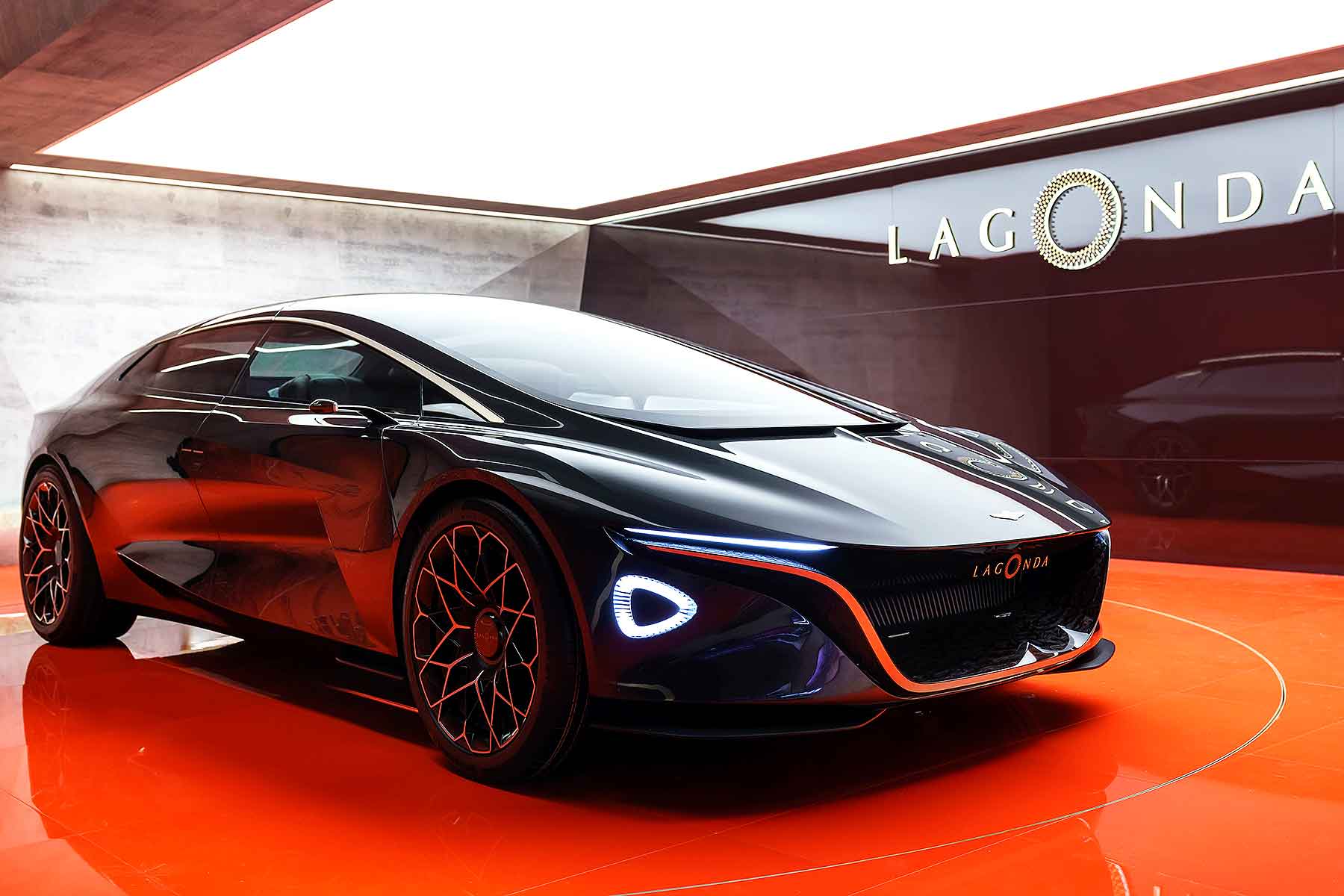 It’s about time, frankly. It was way back in 2008 that Aston Martin announced plans to bring back Lagonda. Since then, we’ve had an SUV concept the company would rather we forgot about, plus the unusual 2015 Taraf – a homage to the radical 1970s Lagonda.

Now, things are finally underway. Aston is currently building a new plant in St Athan, Wales, to produce thousands of luxury Lagondas a year, with production scheduled to start in 2021. By 2023, there will be two Lagondas on sale for the first time in decades.

All will be fully electric. Lagonda will be the world’s first zero-emissions luxury brand, and its cars will also have a high degree of autonomy. The aim is to launch with Level Four self-driving capability, just one level down from truly ‘driverless’ cars.

“For owners of true luxury cars, autonomy has existed for over a century, in a carbon-based form called a chauffeur,” said Aston Martin president and CEO, Dr Andy Palmer. ‘We imagine most Lagonda customers will choose to be driven, but whether by a person or a computer will be up to them.”

Aston is even hinting at solid state battery integration at some point in the car’s life – the same radical technology being pursued by Dyson’s start-up car division (whose chief engineer is Aston’s former head of engineering). The all-wheel-drive Lagonda will travel 400 miles between charges and be ready to recharge wirelessly, too. 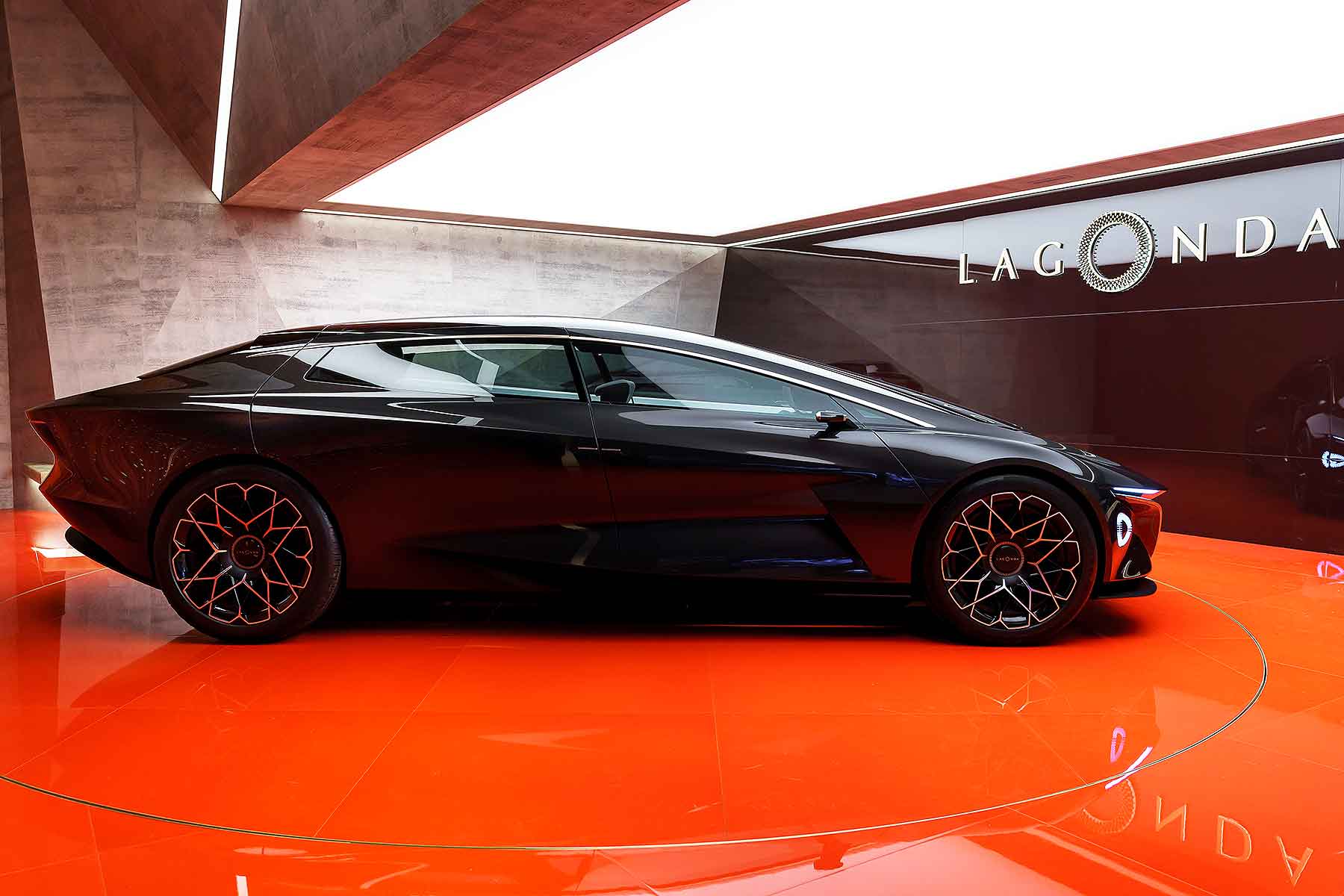 Described as a ‘near future concept’, the Lagonda Vision is a genuine Geneva Motor Show surprise. A luxury limousine, it’s joined on the firm’s stand by two smaller design models, one showing a possible Lagonda Coupe, the other a Lagonda SUV.

It seems the limo will come first. Going after high-end models such as top-line Mercedes-Benz Maybach, Bentley Flying Spur and even the Rolls-Royce Ghost, the Lagonda Vision isn’t as large as those cars. Chief creative officer and executive vice president Marek Reichman likens it to Concorde, which was smaller than traditional jet liners, but even more luxurious.

It’s all because it’s electric. Because there’s no need to jam in a large engine, it doesn’t technically need a bonnet. The shape is thus how it looks distinctive and cleaves the air as efficiently possible. The batteries sit in the floor, says Reichman: “Everything above that line belongs to us”.

It’s been designed from the inside out. There’s enough room for four adults two metres tall or more (Reichman is a tall guy). The door openings can be massive, and extra panels in the roof lift up so you can – literally – walk into it. 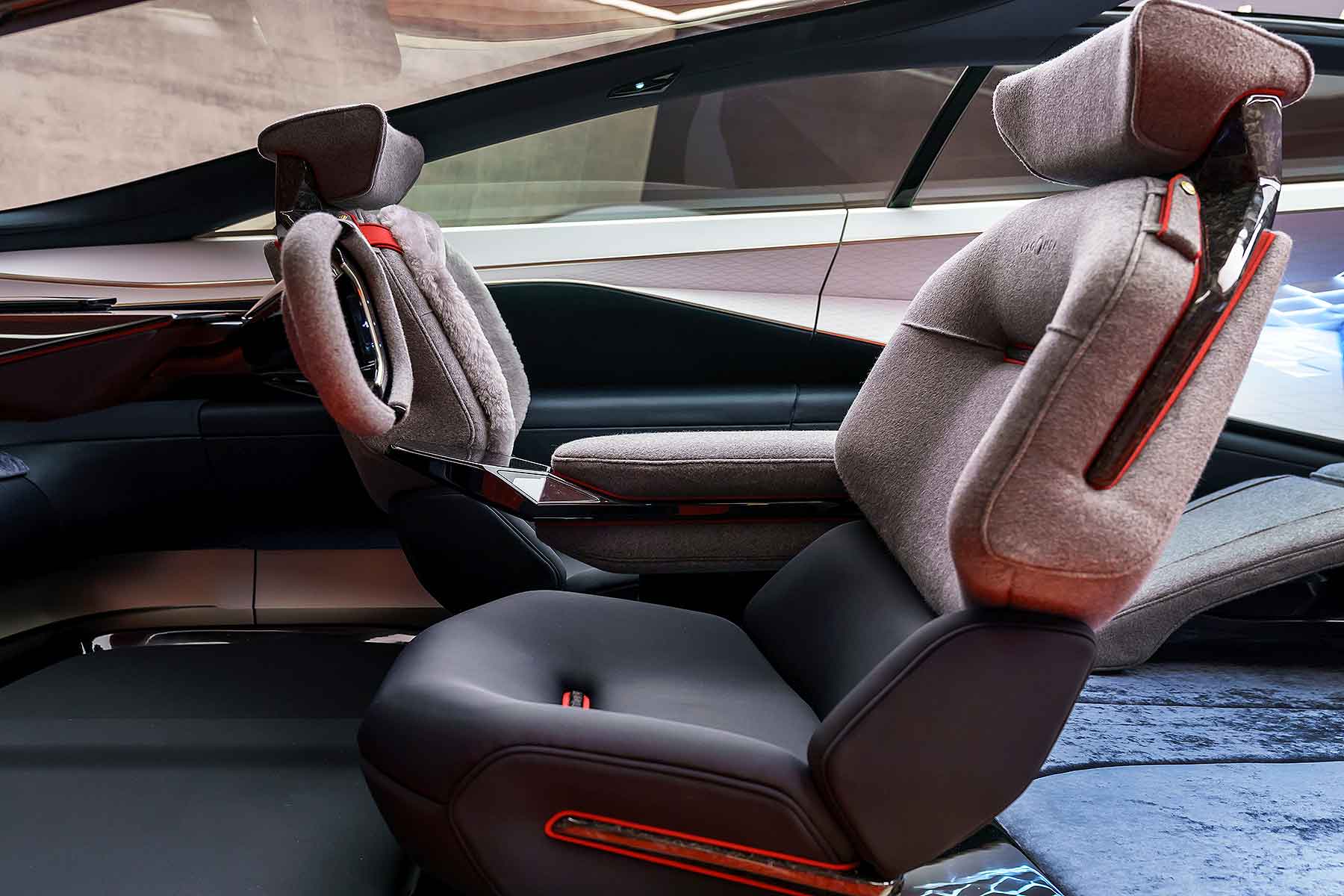 The Lagonda Vision doesn’t have mere seats, it has armchairs. With, stresses Reichman, proper armrests, because people use them to lower and lift themselves in and out of armchairs. The floor is uncluttered and space has been maximised.

Because it’s self-driving, the front seats rotate 180 degrees, and the steering wheel both retracts and can automatically switch from left to right, depending on who wants to drive.

It’s also trimmed unlike any other luxury car, using modern and traditional materials. Aston brought in famed furniture designer David Linley to advise on the interior. “Let’s use different materials, materials people won’t expect even in isolation, let alone together,” was his mantra. Hence the combination of carbon fibre, ceramics, cashmeres and silks.

A different kind of luxury 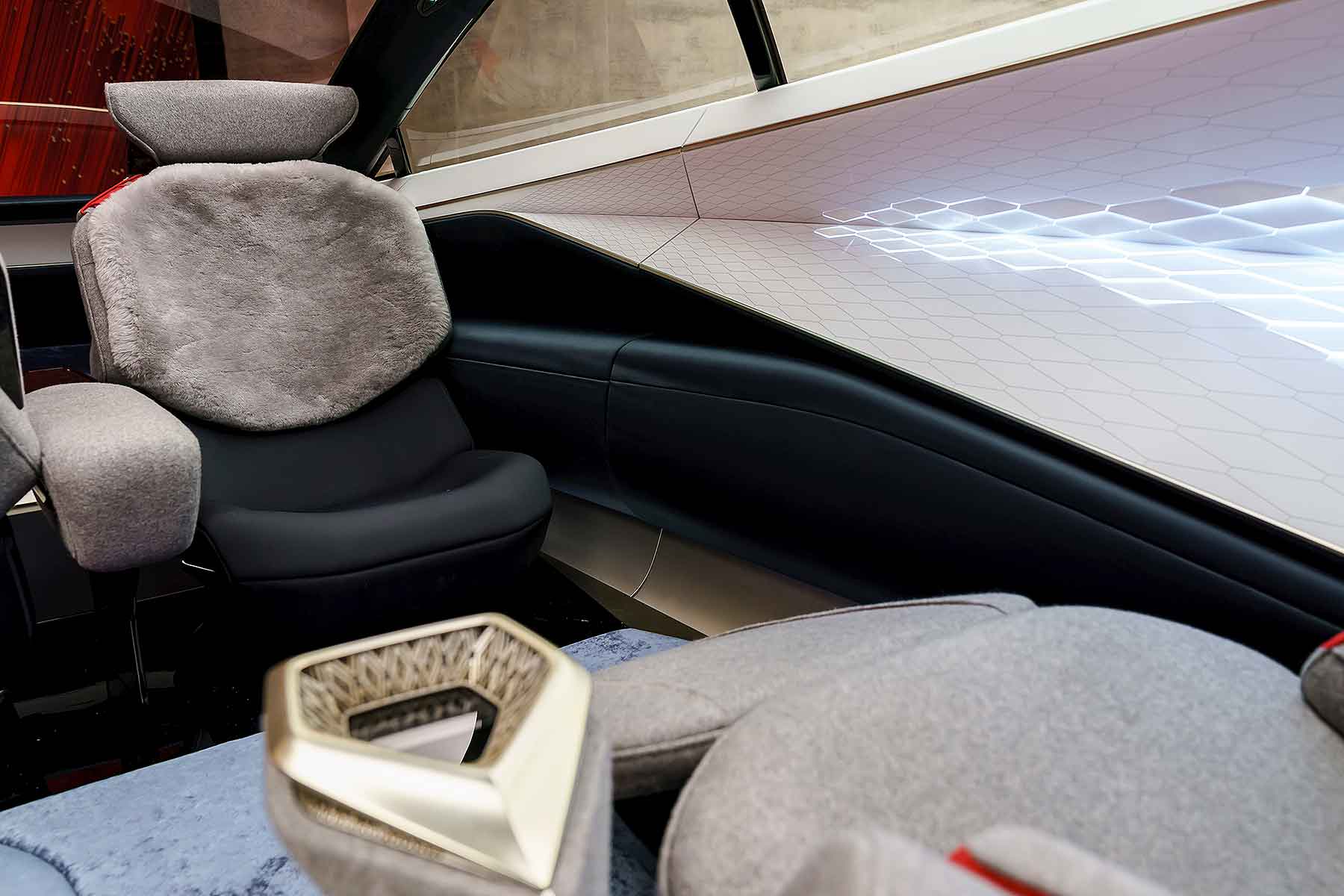 And wool seats, trimmed by Saville Row tailors Henry Pool. They created the patterns for the interior, meaning the seats are perfectly cut, like a fine suit.

“We believe people associate luxury in their cars with a certain traditional and even old-fashioned approach because, to date, that is all that’s been available to them” said Palmer.

“Lagonda exists to challenge that thinking and prove that being modern and luxurious are not mutually exclusive concepts.” The question is, are you ready for it, luxury car buyers?