As the world's workers stay home during the coronavirus crisis over the course of the last month, major percentage drops in emissions levels have been noted 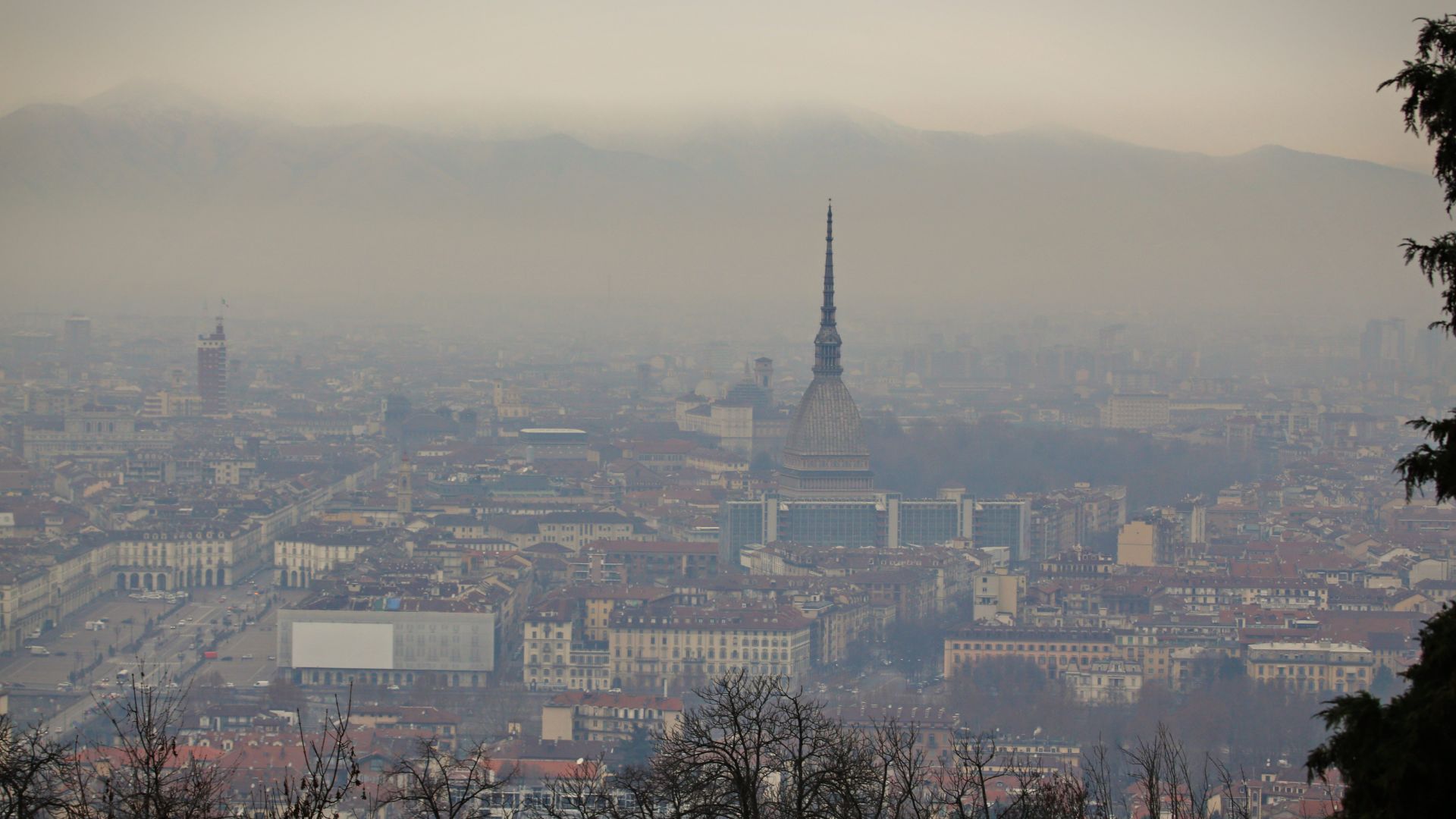 Scientists are reporting a side-effect of the coronavirus pandemic in many cities across the world is a significant reduction in air pollution.

As people stay home, and have done so in various countries over the course of the month, marked percentage drops in emissions levels have been noted.

The European Environment Agency (EEA) has now published data from recent weeks on nitrogen oxide (NOx) concentrations. This is backed up with imagery from the Royal Netherlands Meteorological Institute (KNMI).

Images are from the Copernicus Sentinel-5P satellite which has been monitoring NOx levels in Europe.

This is Italy in early March: 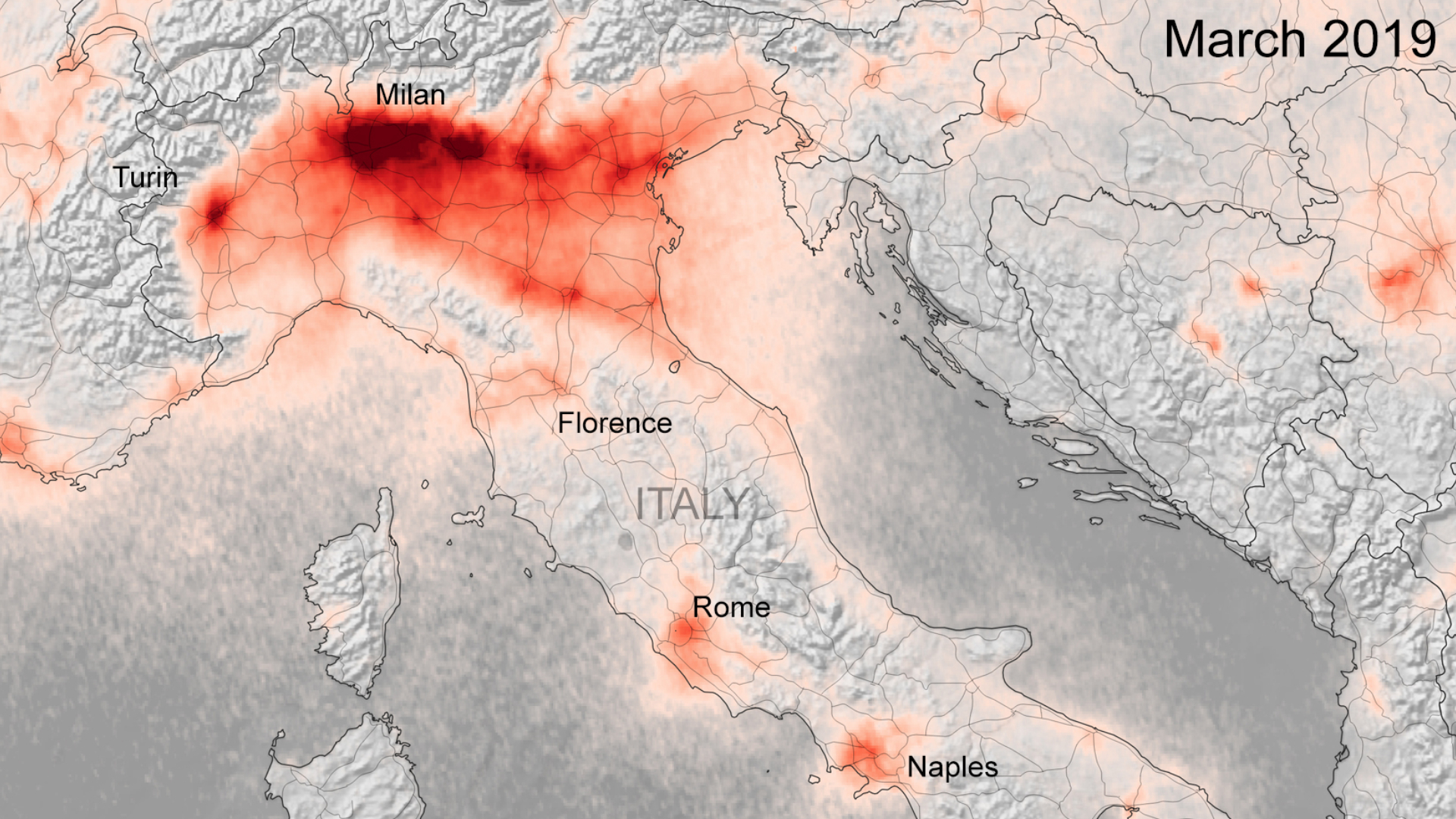 And this is later in March, once lockdowns began: 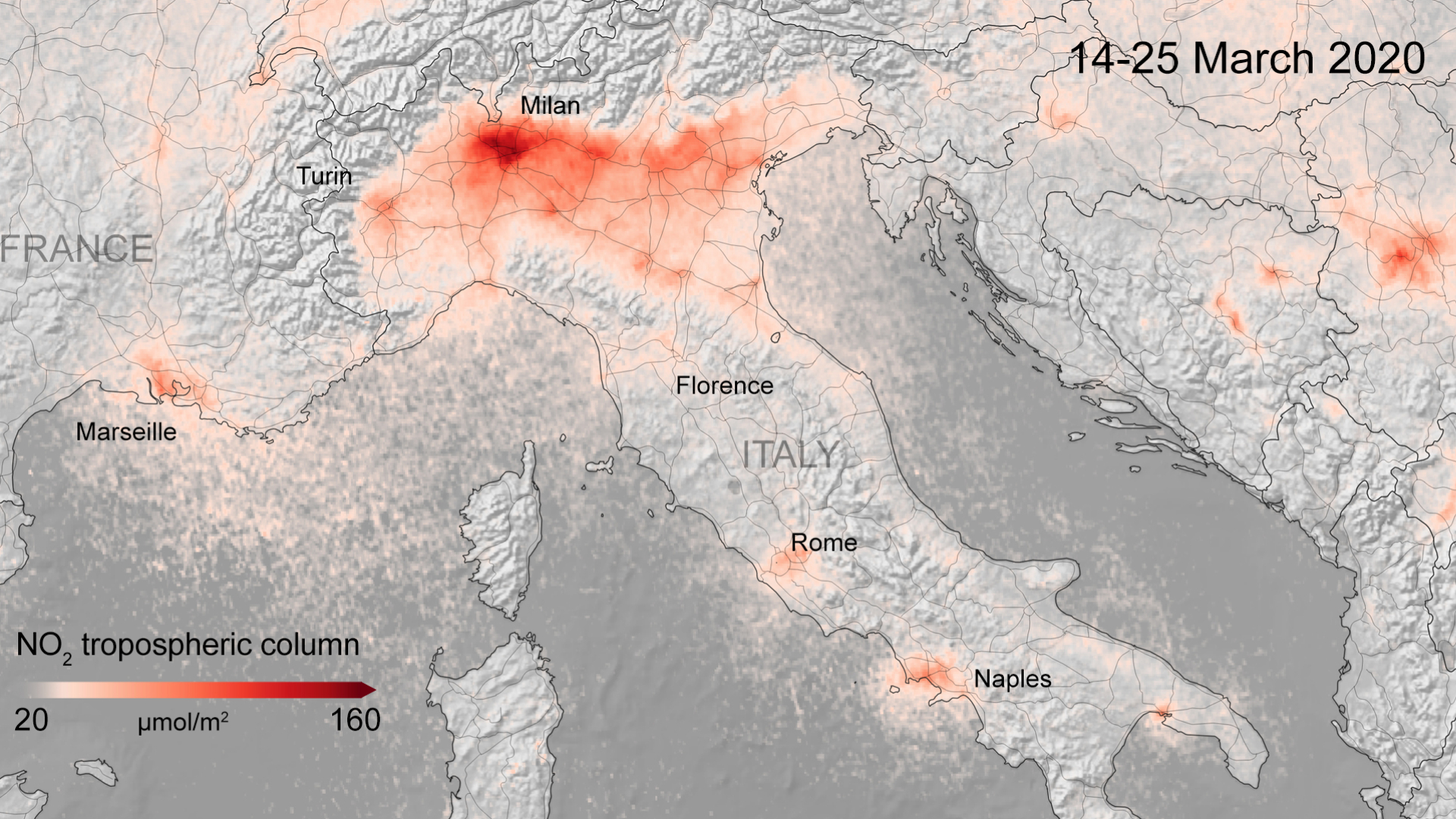 The differences are significant. As of March 25, Italian cities such as Milan and Bergamo saw nitrogen dioxide (NO2) concentrations down by a respective 21 percent and 47 percent respectively.

Rome’s average NO2 concentrations for the four weeks preceding March 25 were down between 26 and 35 percent, compared to the same weeks in 2019.

Spanish figures seem to follow similar trends. Average NO2 levels in Barcelona were down 55 percent for the same mid-March period, compared with 2019. Compared with the week prior, levels were down 40 percent. 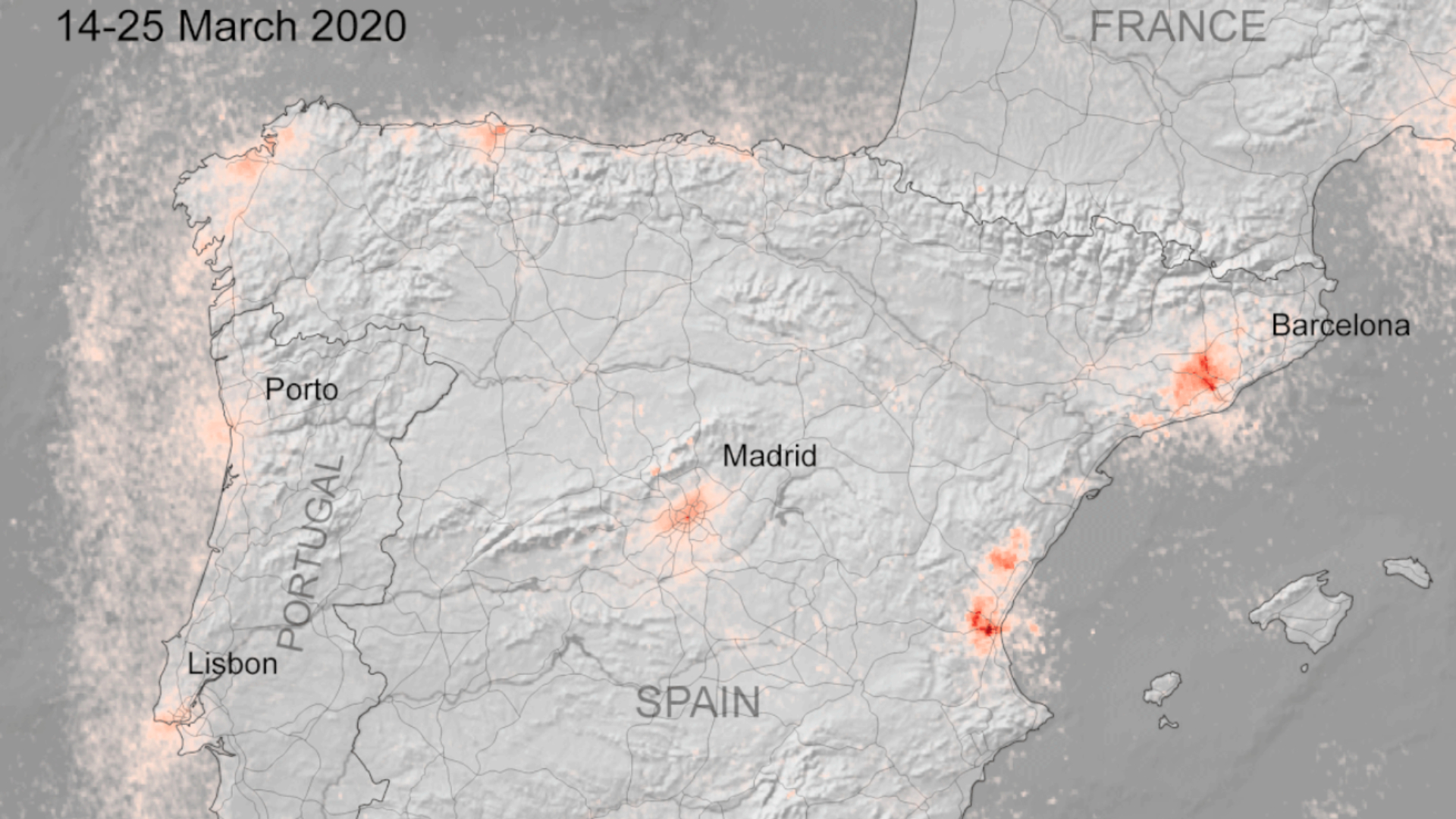 Figures in the Spanish capital were down 41 percent on the same week in 2019. Lisbon saw a year-to-date drop of 51 percent, and a drop from the week before of 51 percent. 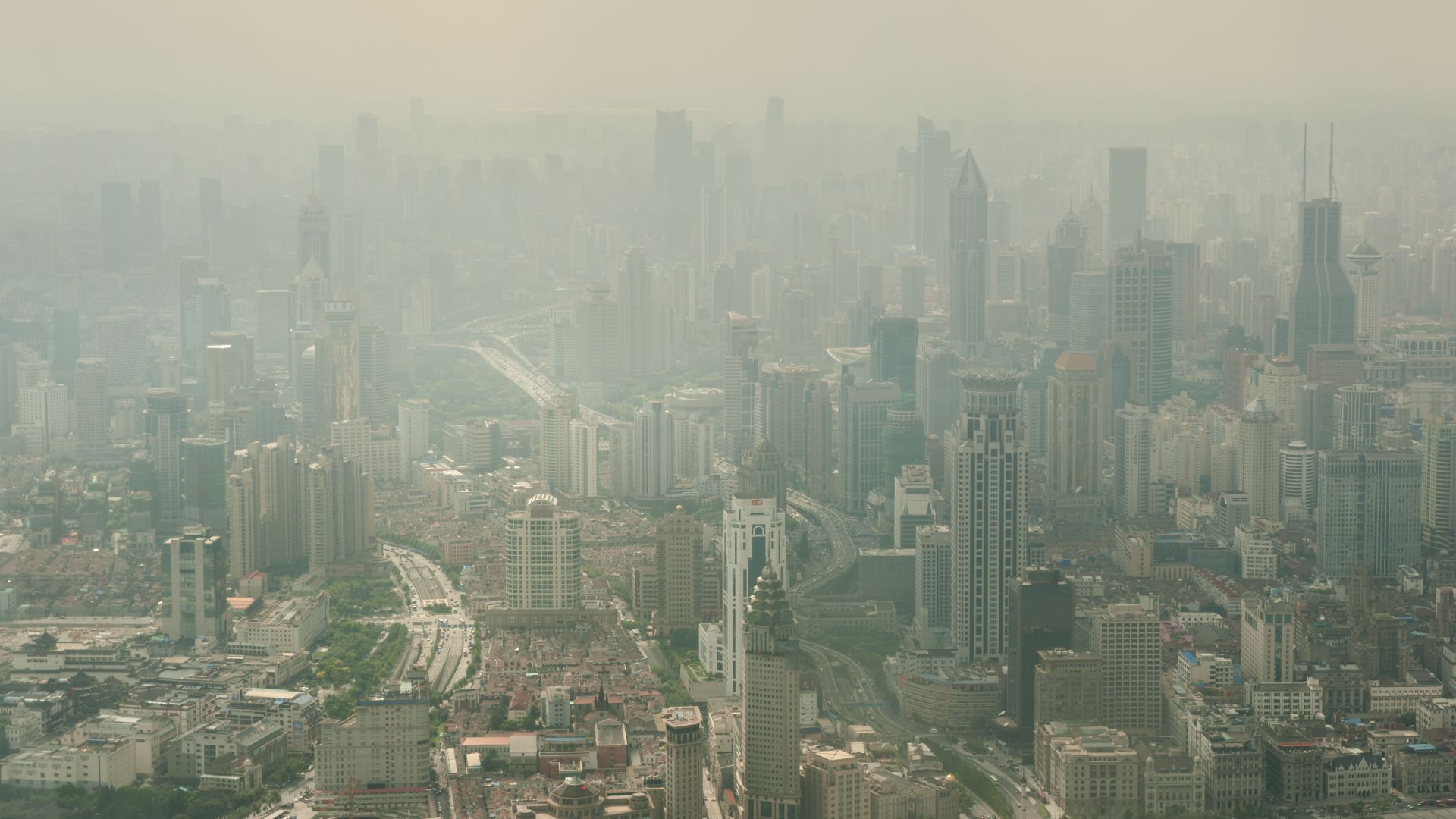 Chinese figures too, are down significantly. The country’s ministry of ecology and environment has reported a 21.5 percent increase in ‘good quality air days’ in February.

Nasa reckons that NO2 levels dropped by between 10 and 30 percent across eastern and central China, between mid-January and mid-February.

The drop in CO2 emissions in all cases ought to be commensurate, too. China’s, for instance, are thought to be down by at least 30 percent.