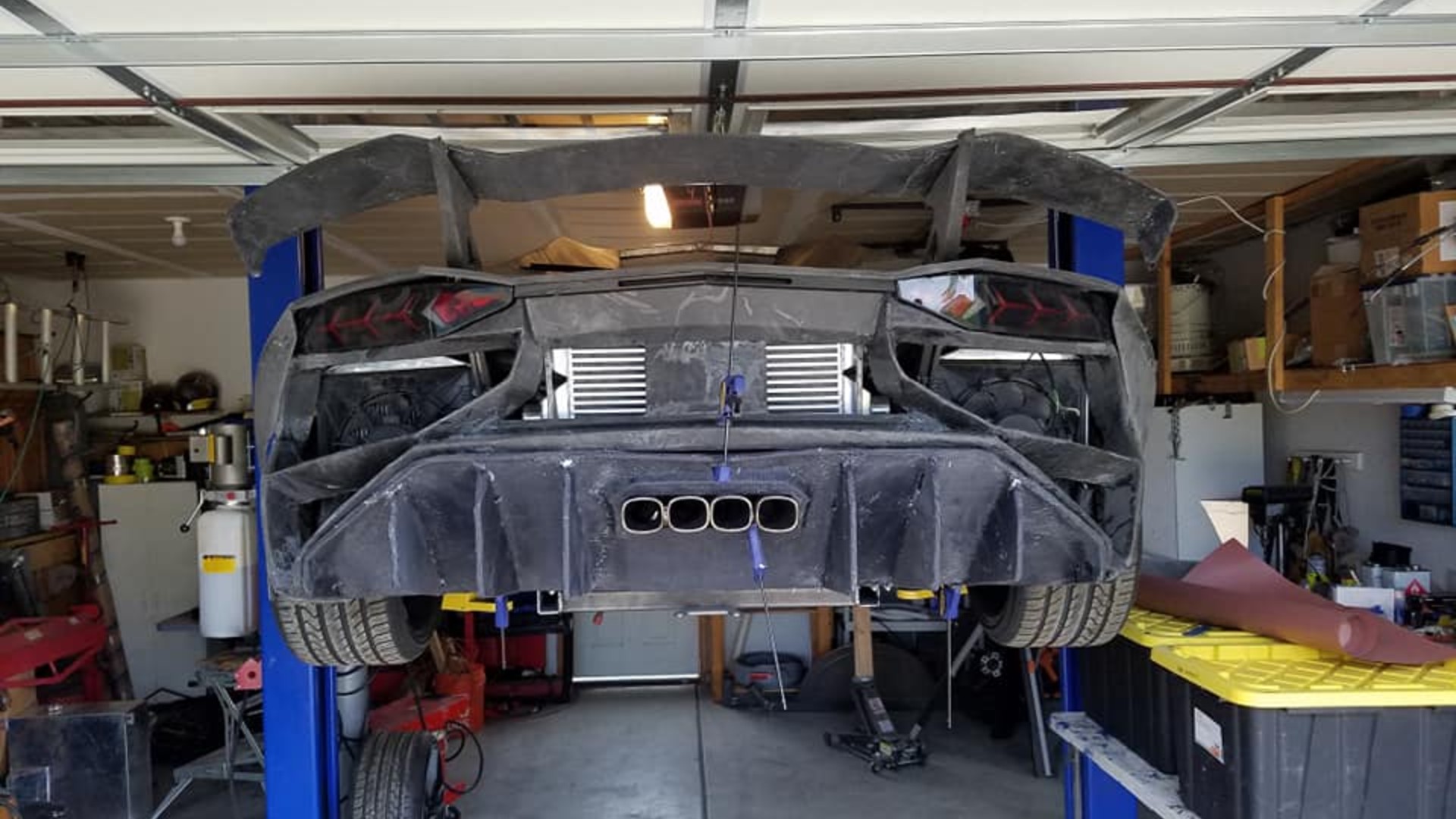 A PhD physicist has 3D-printed a Lamborghini Aventador replica as a gift for his son. Sterling Backus had the idea for the project around 18 months ago, during a Forza Horizon 3 gaming session.

Backus told Motor magazine that “he did not need to twist my arm too much” when his son said “loved the Aventador” and asked “if it was possible to build one”. 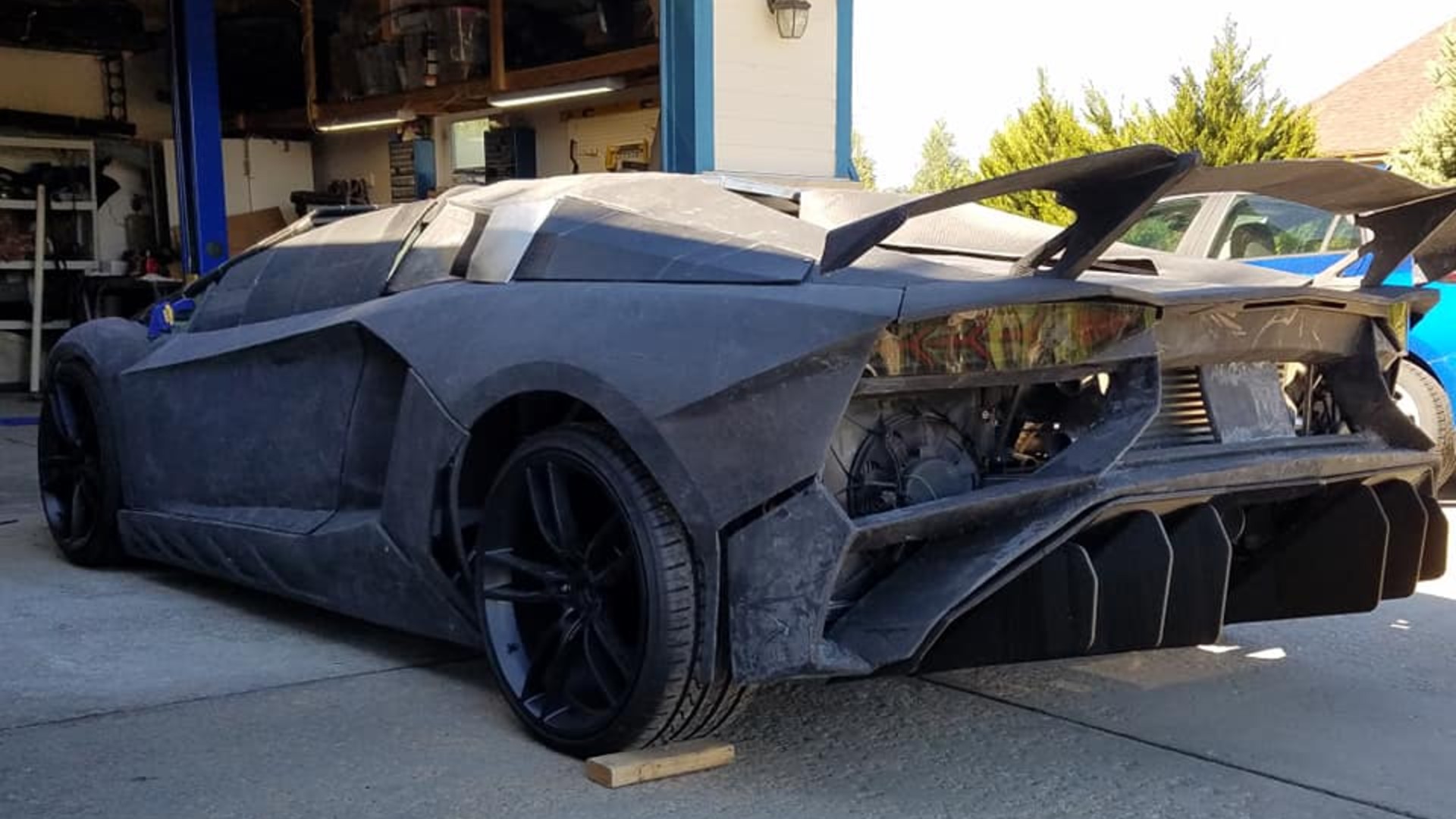 The car was originally going to be made out of steel on a buck, but 3D printing technology offered a more high-tech solution.

It’s not like Backus has an industrial-sized 3D printer in his garage, though. Rather, he uses a selection of regular Amazon-bought items. To create car-sized panels, he designs small sections, prints them and then glues them together.

For a cohesive ‘single panel’ look, he covers the parts in pre-preg carbon fibre material and vacuum-wraps them. The latter process he learned from YouTube and conducts using tools he bought from a local store.

Bodywork is no good if you’ve nothing to hang it from, though. For a chassis, Backus has a tubular steel frame, complete with Aventador-style inboard coilover suspension.

It’s no carbon tub, but there are concessions to Lamborghini authenticity all the same. Indeed, the rear end is almost indistinguishable. 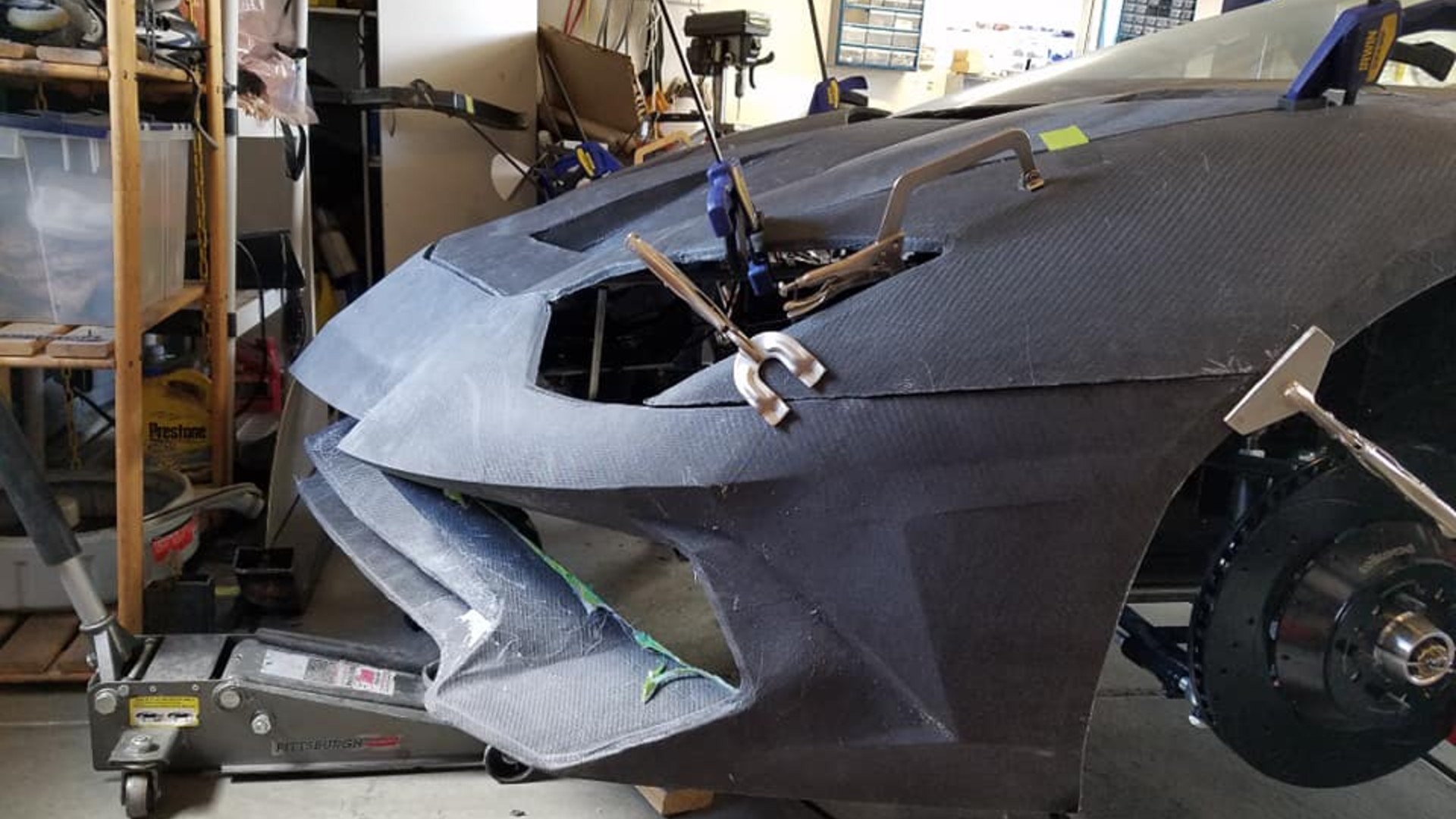 The lights and rear diffuser seen here are 3D-printed, not original parts. Some actual Lambo bits have been used, though, including windows and the rear-view mirror. Parts from Audi have also been adapted, including the steering wheel and switches in the cabin.

Speaking of the cabin… While the exterior is surprisingly authentic, the cabin is in no danger of being confused for an Aventador. There’s a very basic design, with air pods similar to those you might find in a Pagani.

We suspect the budget bucket seats are comfier than those in an actual Aventador. 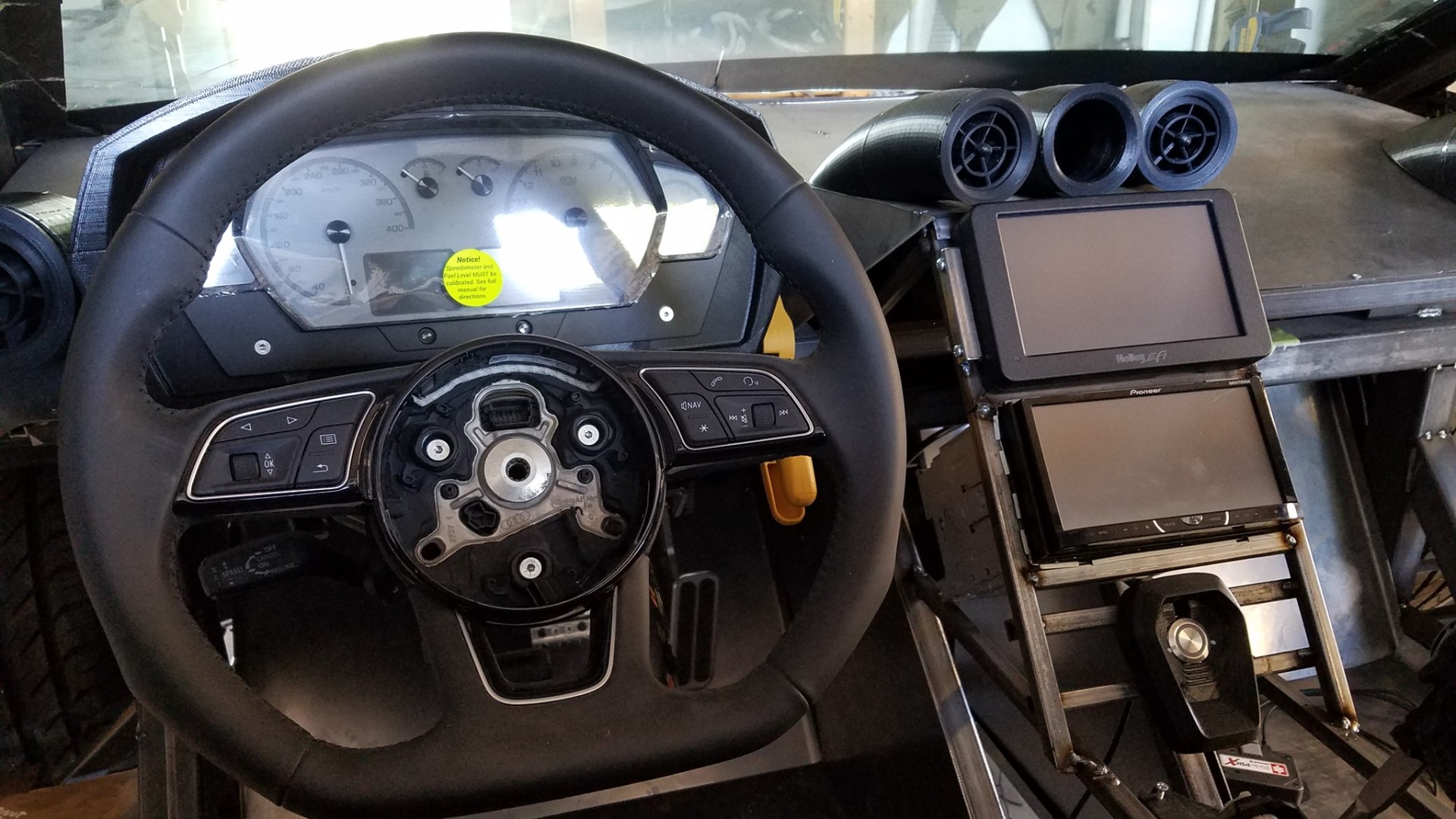 Powering the garage-built Aventador is a twin-turbocharged Corvette V8 putting power to the wheels via a Porsche transmission. Hardly a high-revving 6.5-litre V12, but it’ll deliver the poke. Perhaps even more than an actual Aventador.

You must be wondering exactly how much this build is costing. Is it worth it, instead of just buying an actual Lamborghini? Well, the kicker is that the project is expected to cost $20,000, or £16,000.