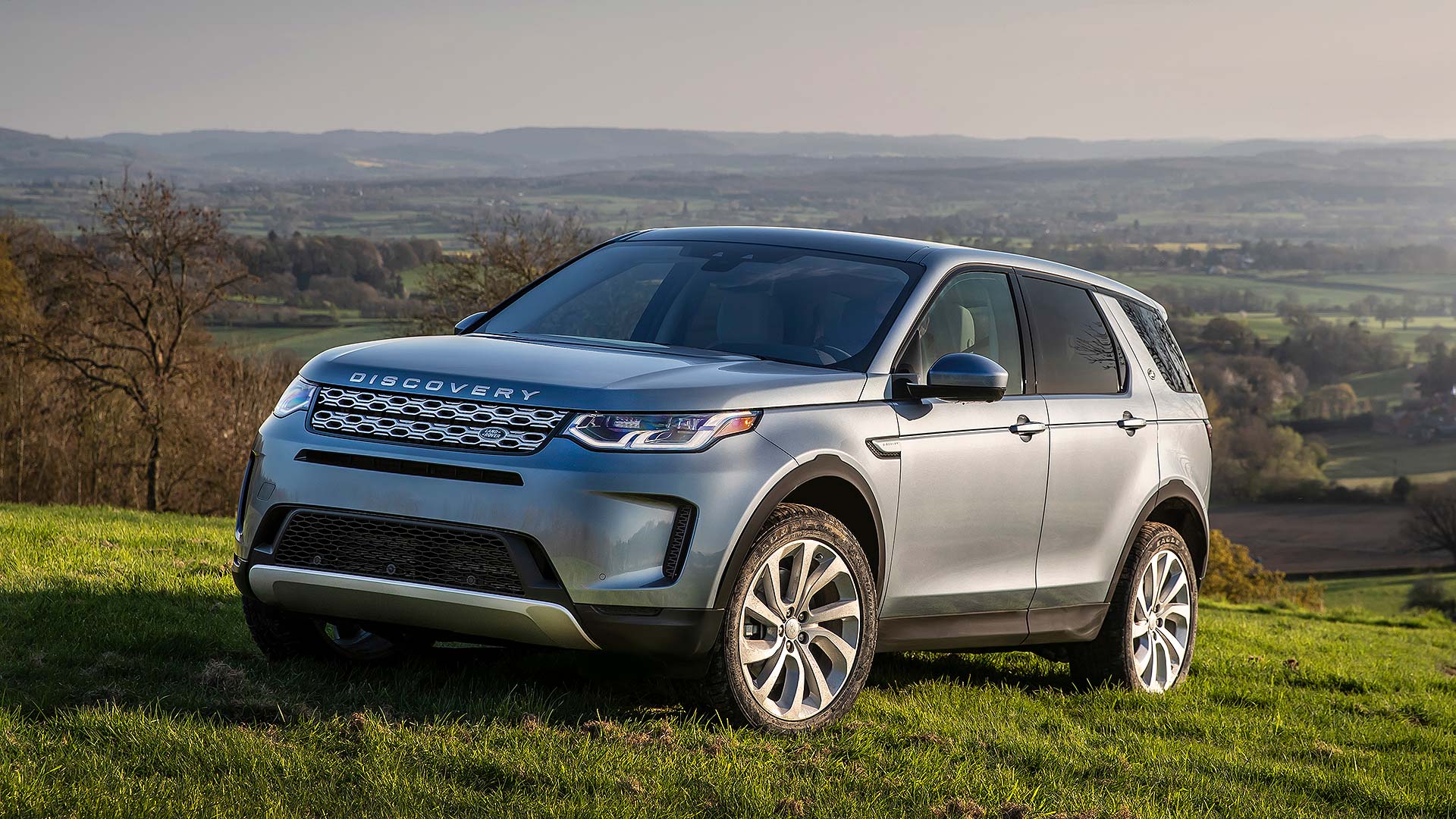 The new 2020 model year Land Rover Discovery Sport is a mid-cycle refresh with a difference – it is basically a brand new car. Crisper styling gives the seven-seat compact SUV a smart new look, but underneath, plenty more work has been done to keep one of the best-selling Land Rovers on the boil.

Ordering is open now, as is Land Rover’s build-your-own Discovery Sport configurator; prices start from £31,575 (we list them in full below).

Remarkably, Land Rover has switched to an entirely new platform (the oily bits underneath the body). Out goes the old mechanical architecture and in comes the brand new platform also used by the critically-acclaimed new Range Rover Evoque. Such extensive mid-life upgrades are not normal in the auto industry: the scale of Land Rover’s upgrades are great news for customers. 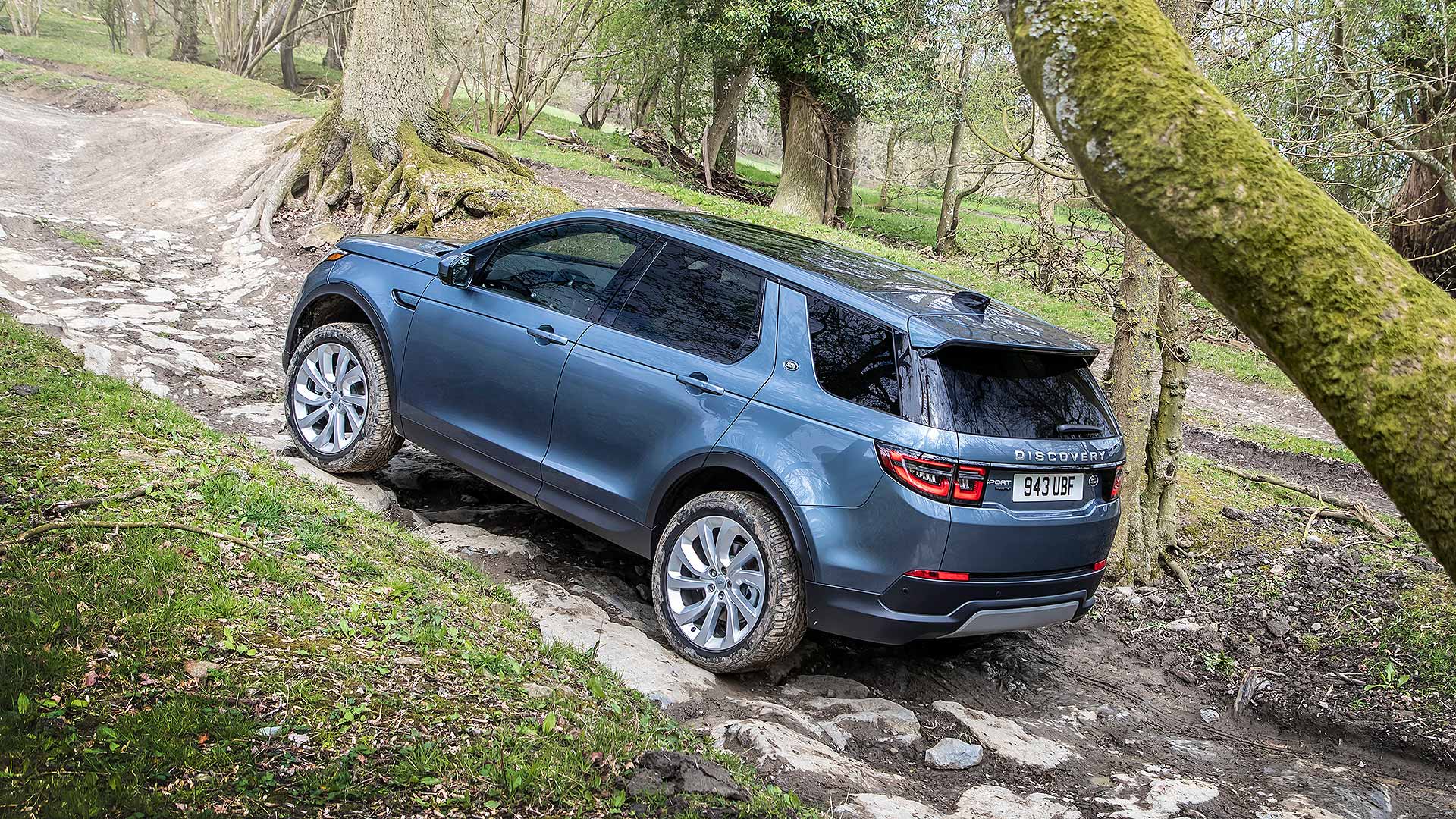 The new underpinnings are called Premium Transverse Architecture, or PTA. Land Rover says they make the new Discovery Sport more comfortable than before, crisper to drive – and also mean it can bring in new mild hybrid (MHEV) and plug-in hybrid (PHEV) engines, from launch.

Inside, the new Discovery Sport has been fully optimised. Land Rover has carved out 25 percent more stowage space – that’s 48 litres – with redesigned door bins and a bigger central cubby. Cupholders have been redesigned, rear seat stowage spaces repositioned, while the widescreen Touch Pro infotainment is standard on all models.

‘Black panel’ climate controls below give it a more modern appearance, and wireless smartphone charging lies below that. You can even now get massaging front seats: like the two rows behind, they’re all-new. 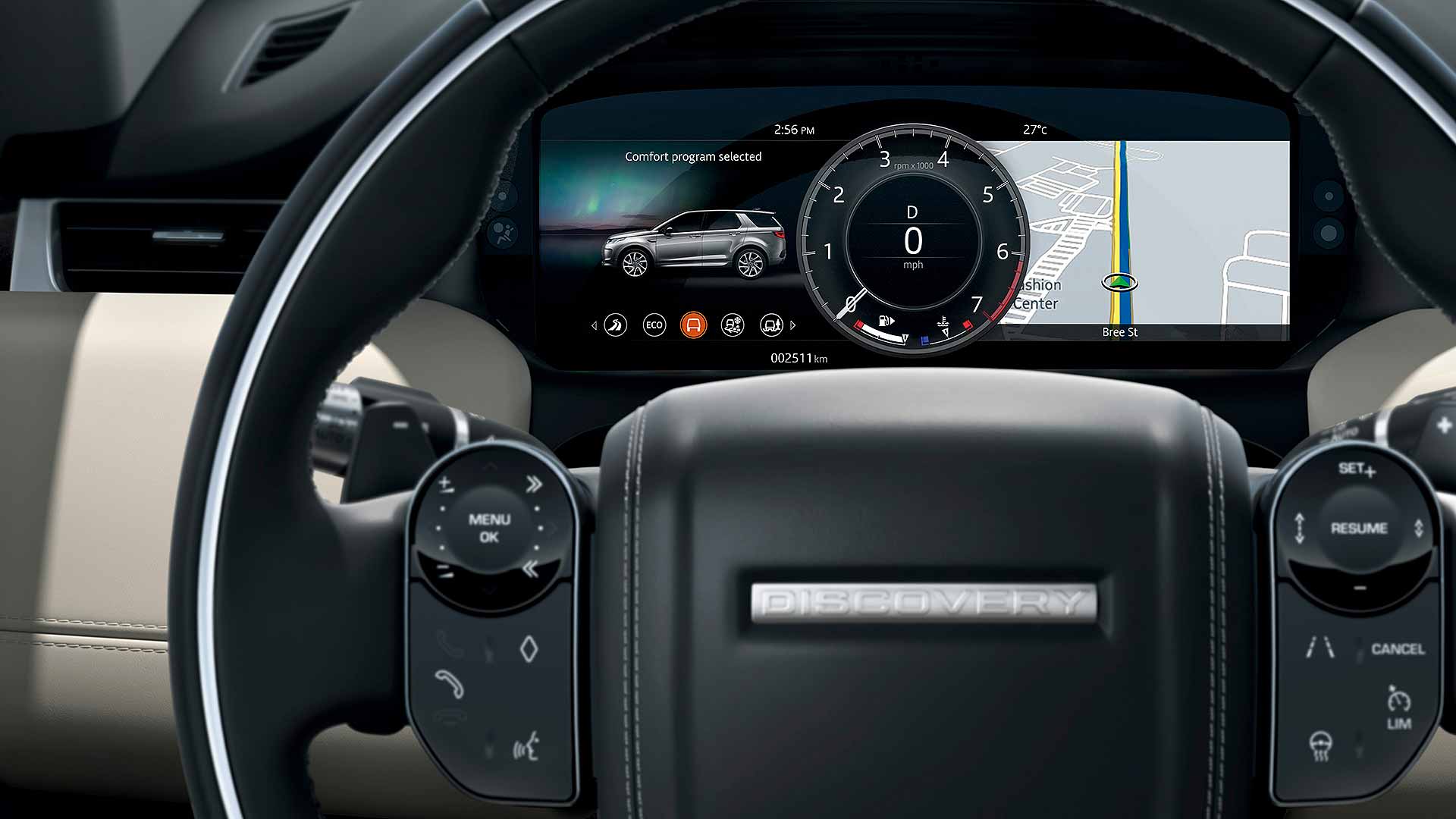 “Every bit of technology throughout the cabin is there to make this vehicle easier to use. This compact SUV is so much more than the best in its class, it is a class act.” 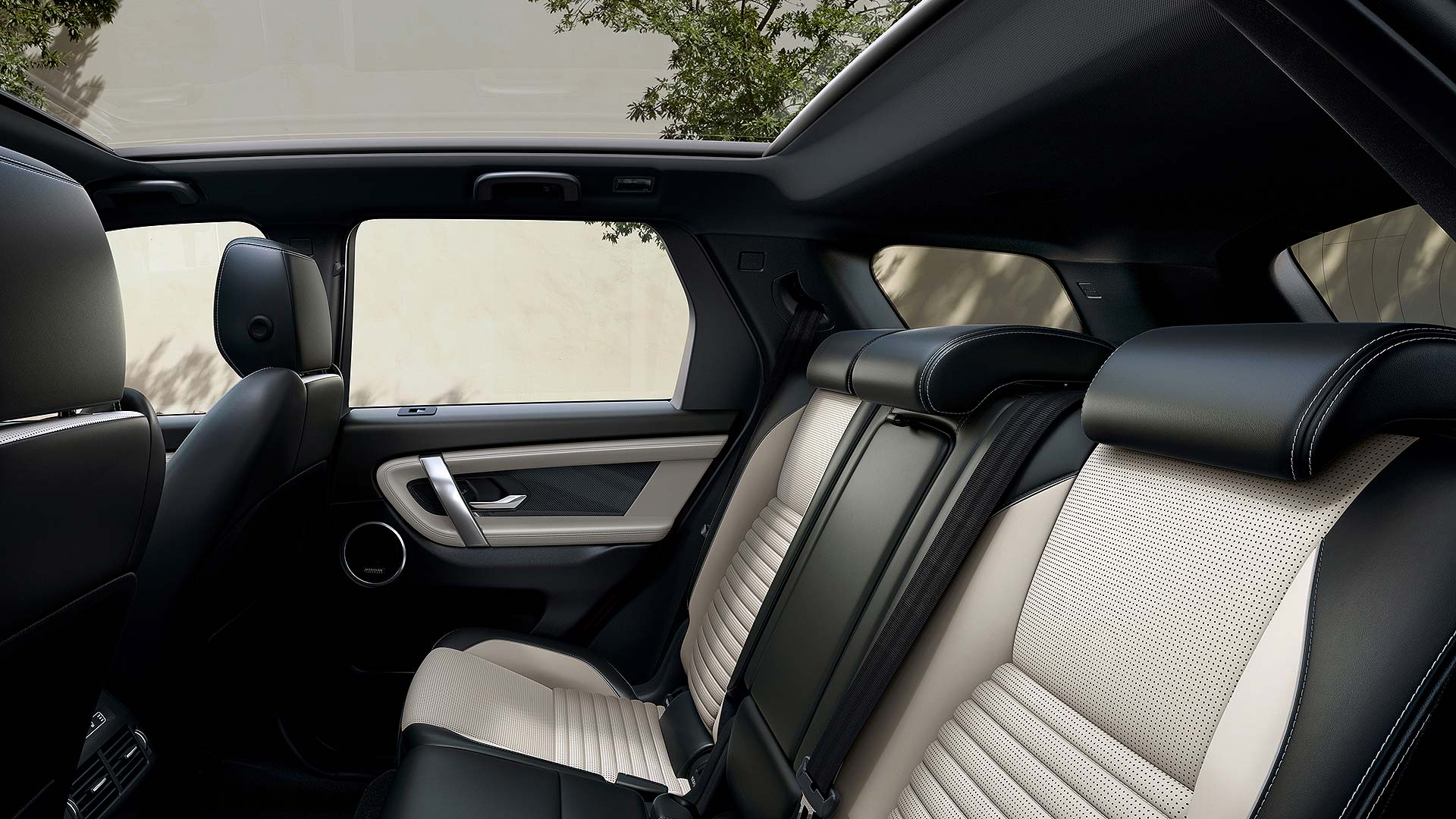 It’s roomier in the rear, with a 40:20:40 split second row sliding back and forth – second-row passengers can enjoy nearly 1 metre of legroom, and those in the third row can have 655mm if middle passengers compromise.

Land Rover says the seats now have 24 different configurations, and the boot extends from 1,179 litres to 1,794 litres with the second-row seats folded flat. Second- and third-row passengers can even have their own climate controls. 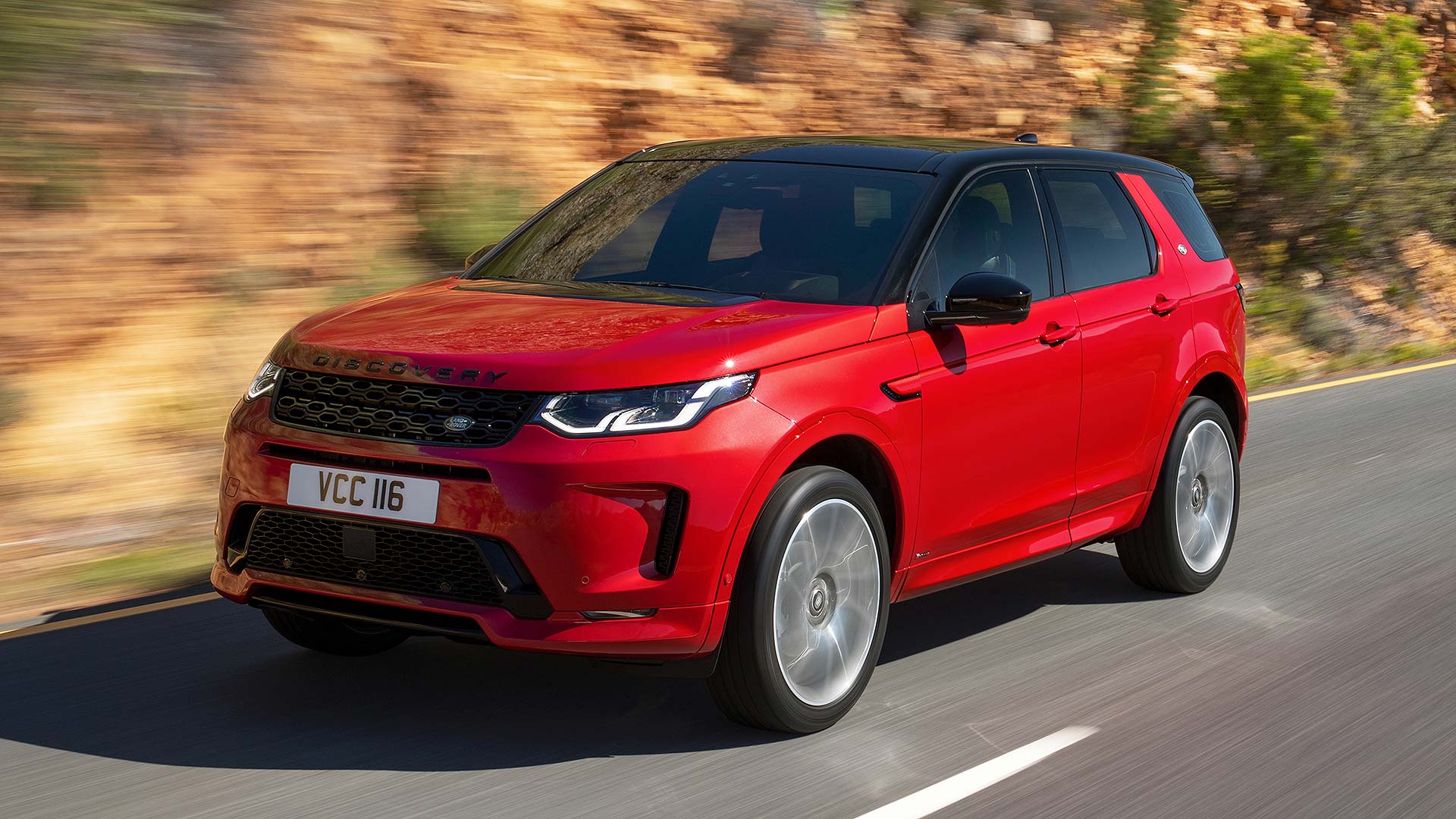 The all-new PTA platform transforms how the Discovery Sport drives, reckon the engineers. There are three petrol and four diesel engines offered: the highlights include a 250 horsepower AWD turbo petrol that does 0-60 mph in 7.1 seconds, while MHEV mild hybrid tech is standard on nearly every version. It shuts the engine off at speeds below 11 mph, and electrically boosts it again under acceleration.

The nine-speed automatic transmission is better too, promises Land Rover – and a three-cylinder petrol PHEV plug-in is on the horizon too, it adds. 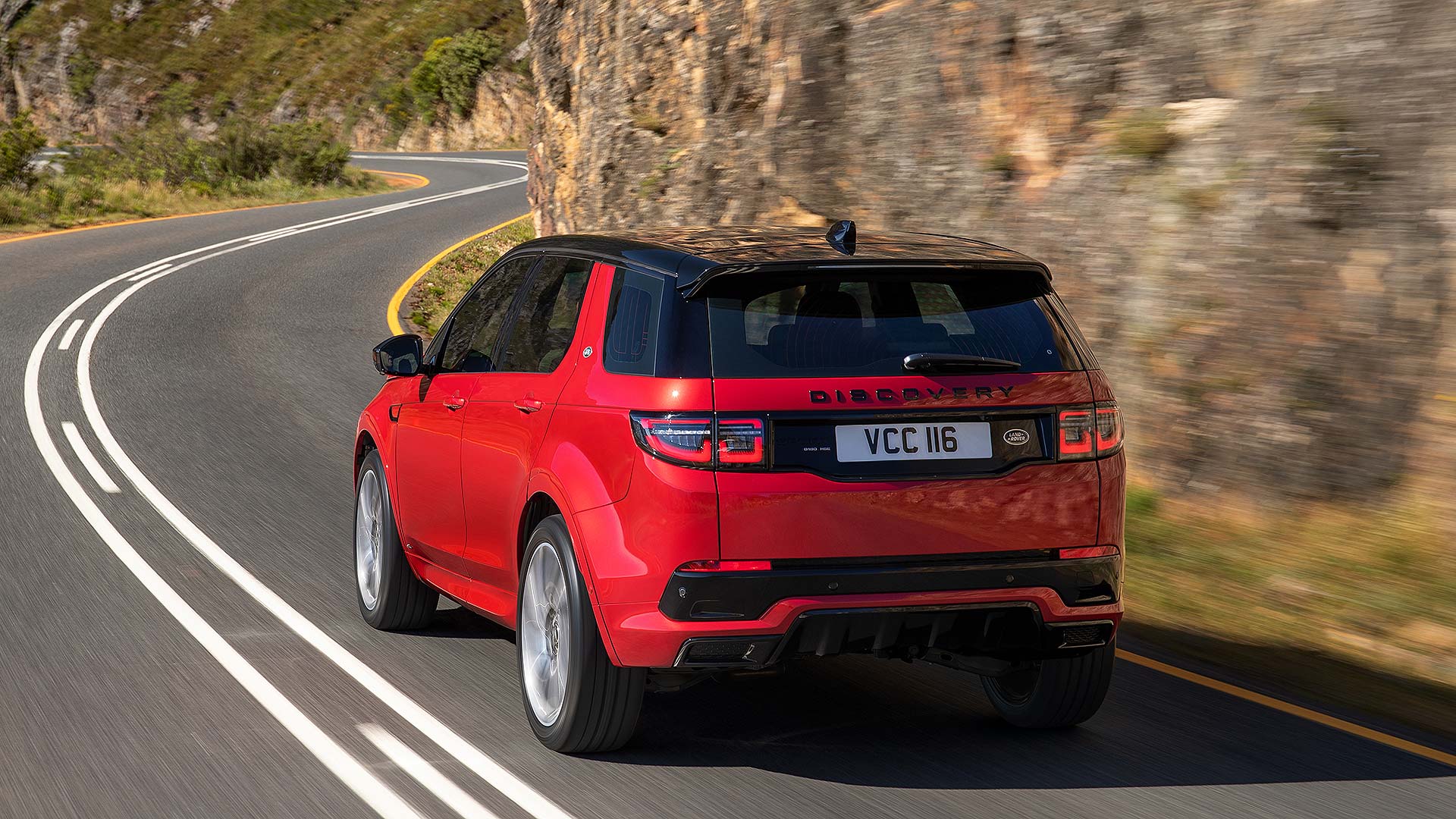 The latest Discovery Sport’s body is 13 percent stiffer, which helps improve both ride and handling. There’s less noise and vibration transmitted into the cabin, and it’s going to be safer in a crash as well. 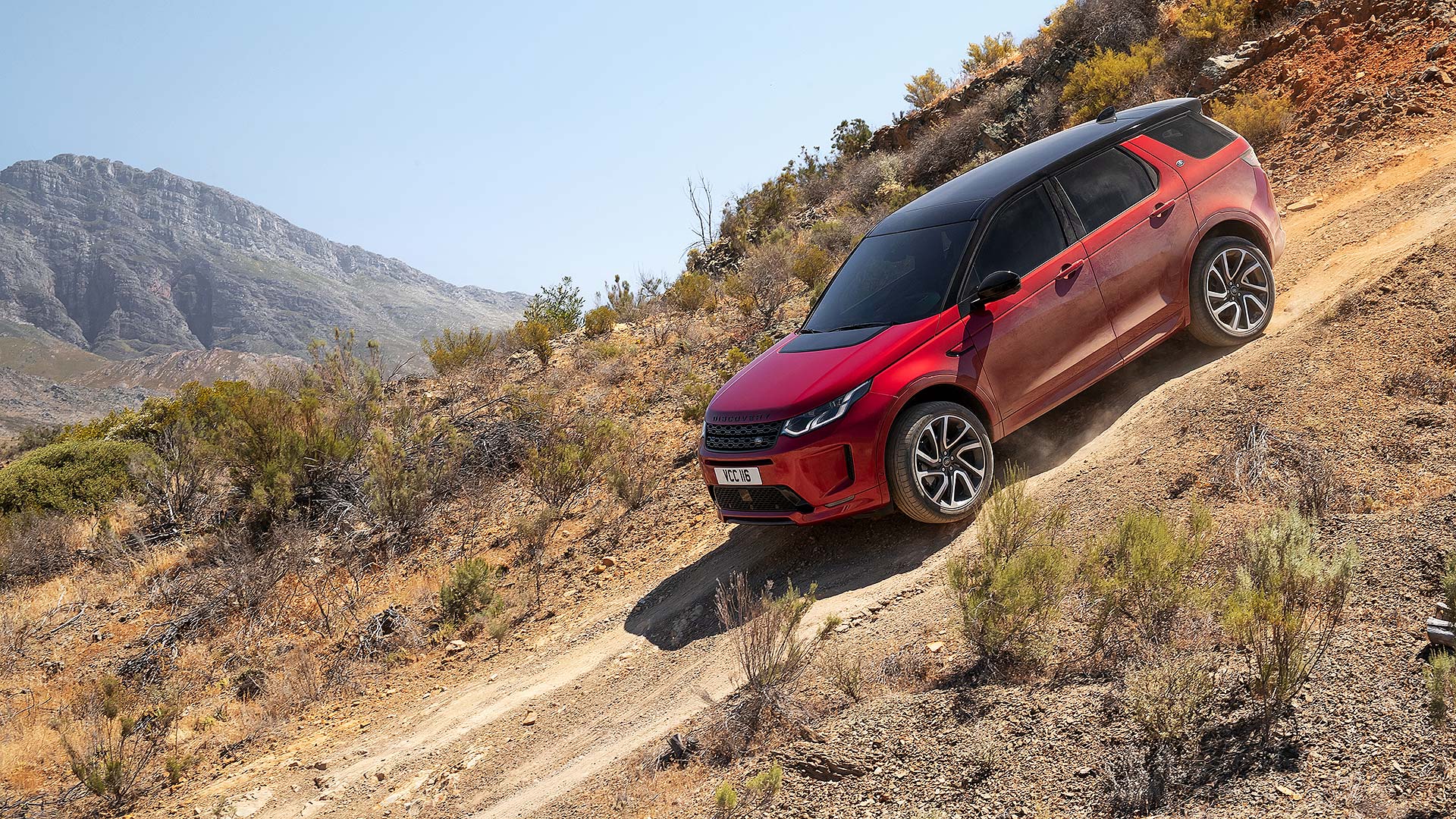 No Land Rover worth its salt skimps on off-road prowess. The new model can wade lakes 600 mm (23.6 inches) deep, has 212 mm (8.3 inches) of ground clearance and, in four-wheel drive guise, can climb up gradients of 45 degrees. New Terrain Response 2 automatically detects surfaces and adjusts for them, while approach, departure and breakover angles of 25, 30 and 20 degrees should keep real off-roaders happy. 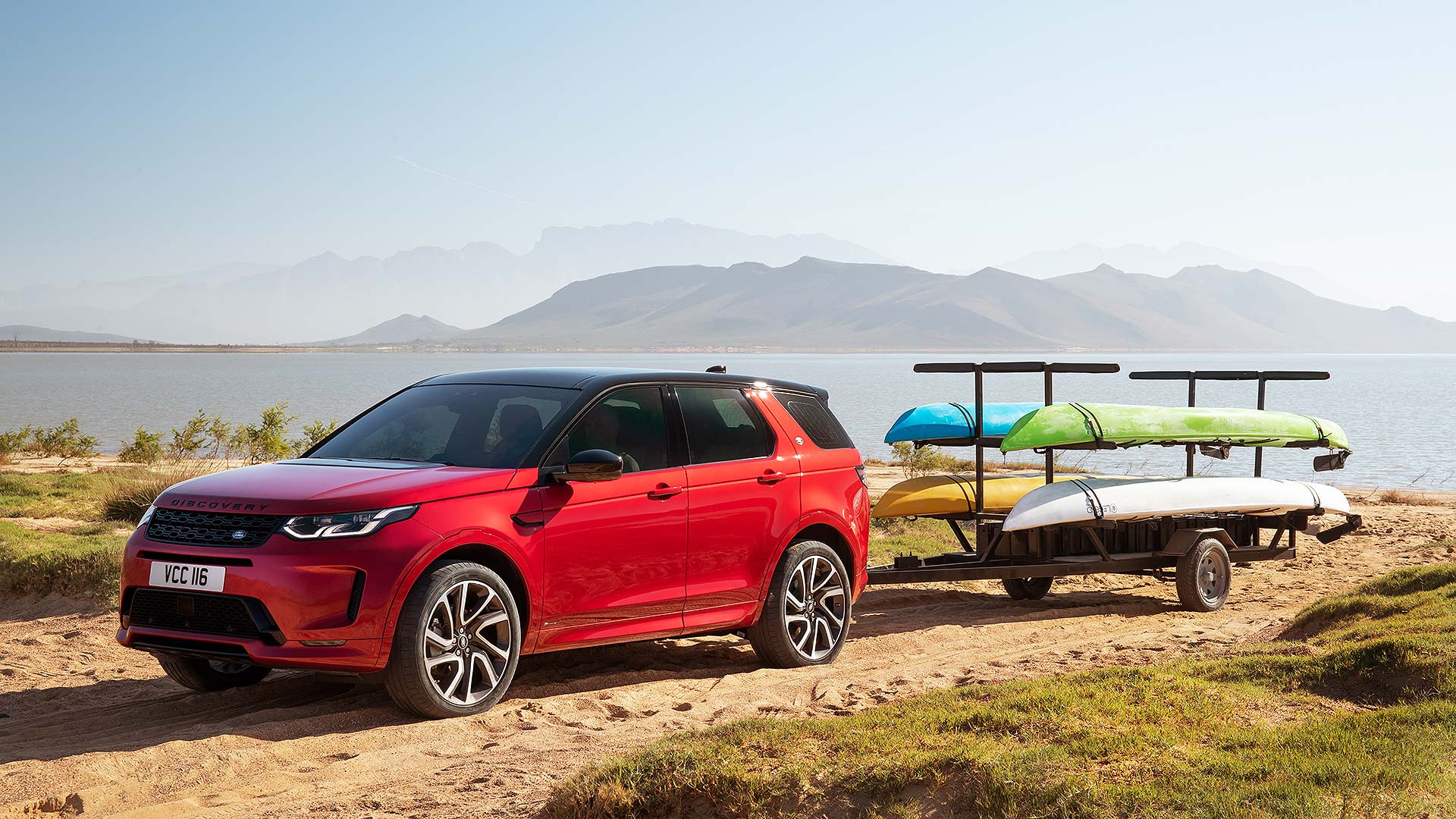 The 2020 Discovery Sport has a 2,500 kg (5,511 pounds) maximum towing capacity. Newly available is optional Advanced Tow Assist. Land Rover calls this semi-autonomous tech that means drivers can concentrate on steering the trailer, while the car guides itself. It all works through the touchscreen display on the dash: drivers ‘steer’ the trailer with one of the rotary knobs. Be gone, the challenge of counter steer!

A reversing camera is standard on every model too. 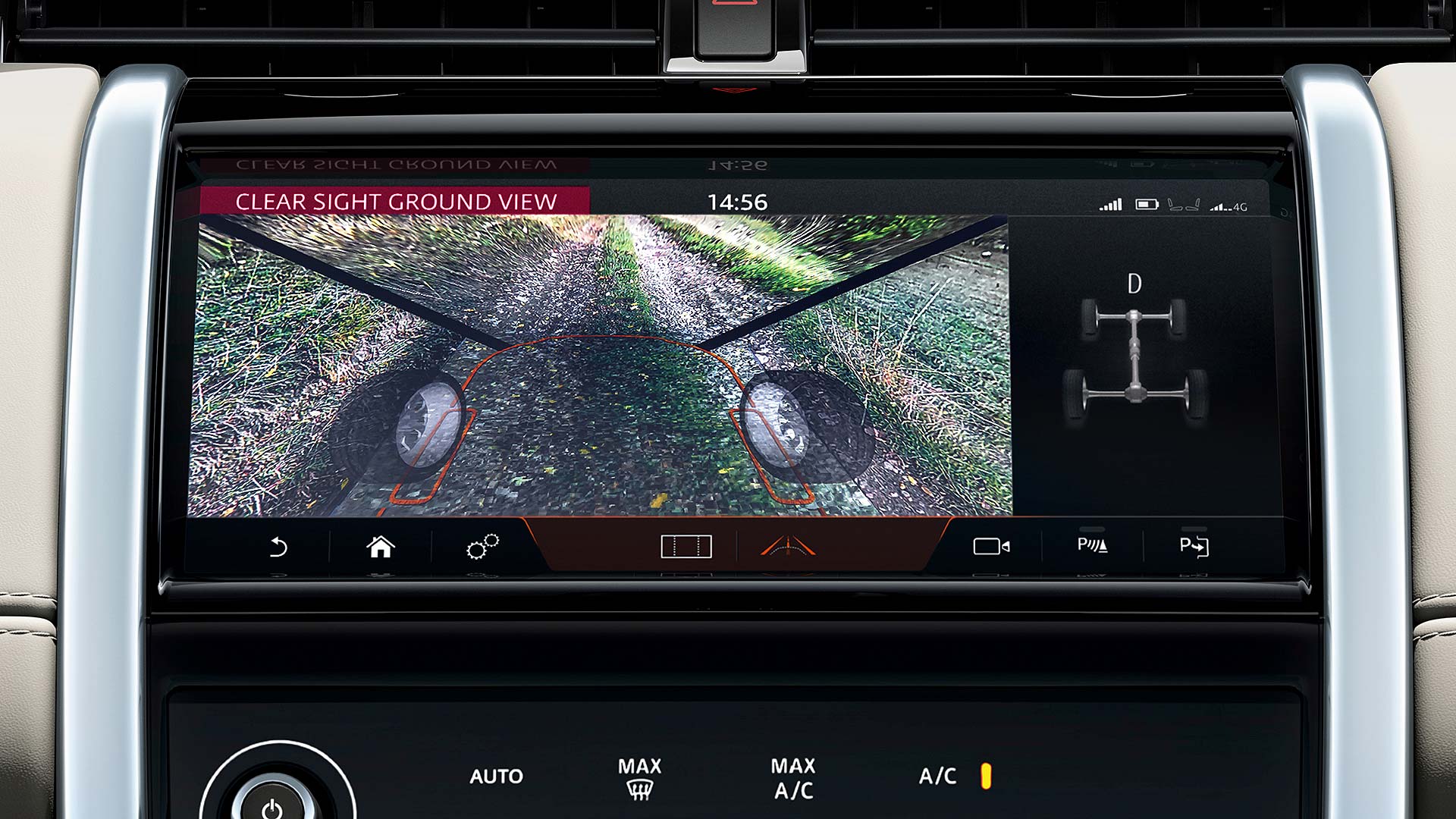 And that’s not all. The Discovery Sport is a family-focused vehicle, and families like packing in either people, or stuff in the boot, or both. Rear vision suffers… 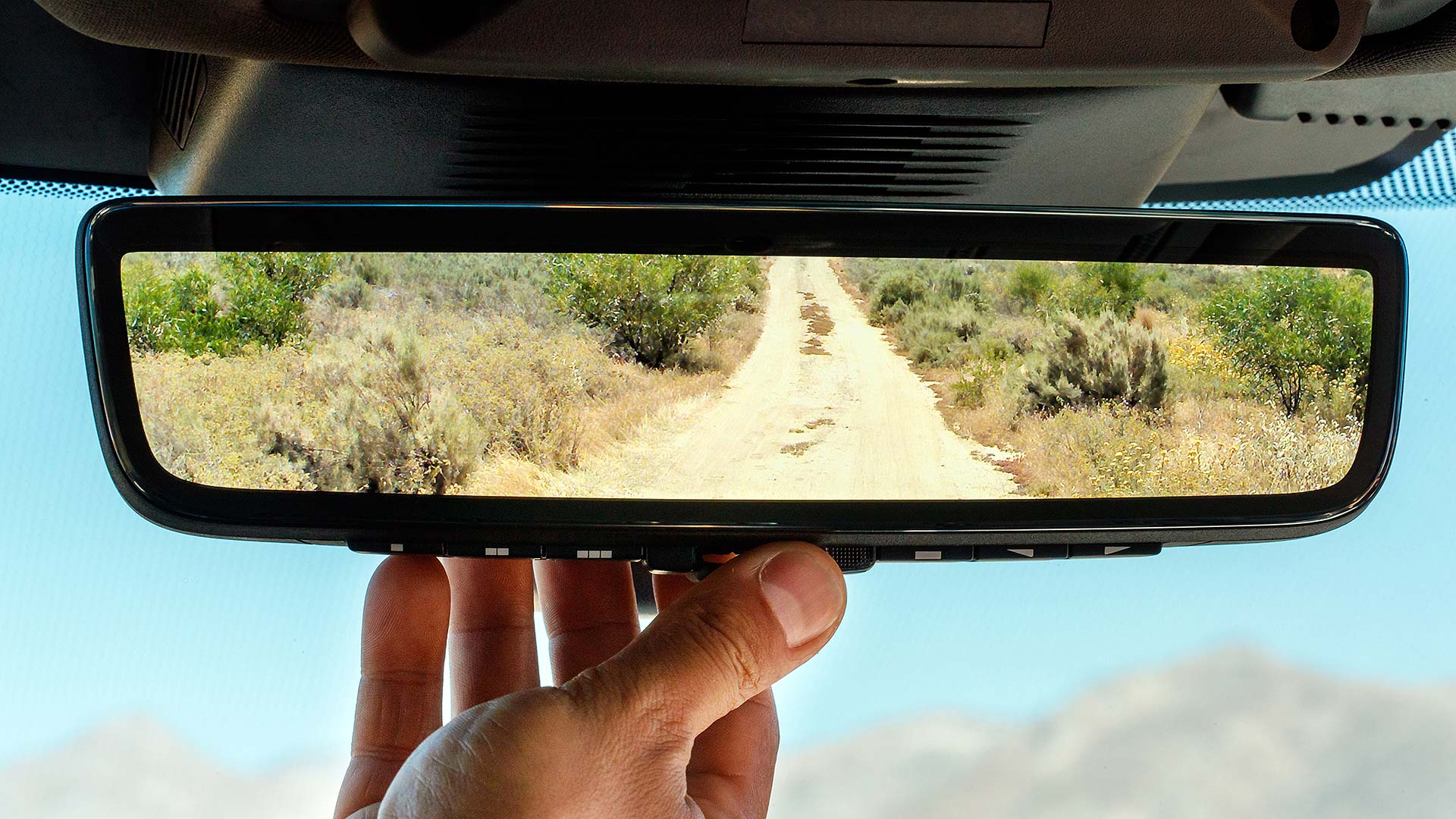 … But not with the new ClearSight smart review view mirror, that uses a camera on top of the roof to display video feed with a 50-degree field of vision. It works really well in low-light conditions, too. 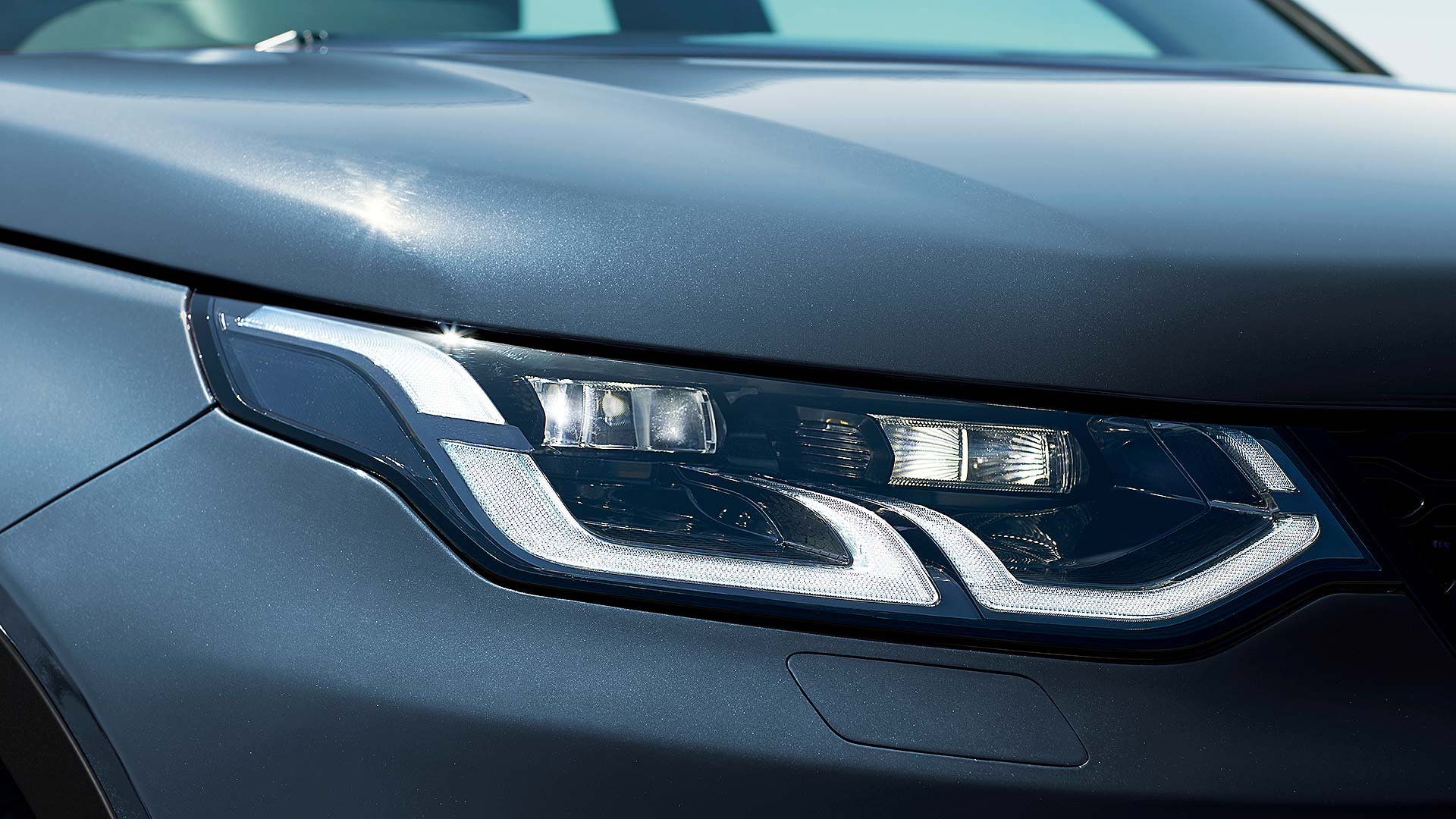 As mentioned earlier, styling changes are not as headline-grabbing as what’s beneath. But these new LED headlights give the front end a fresh look, and are joined by a smooth new grille and bumper. 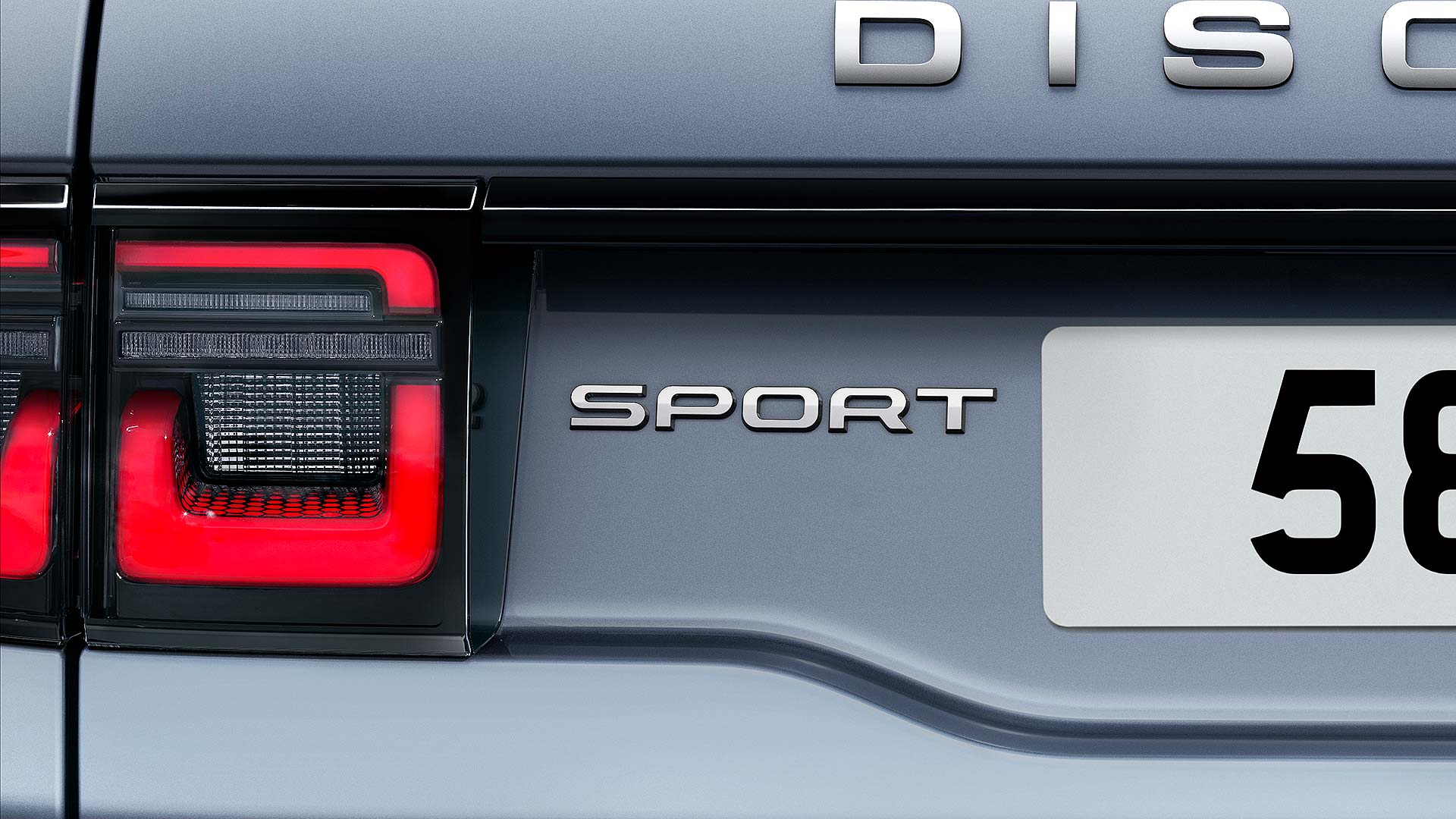 Neat darkened LED tail lamps are also new – and we can breathe a sigh of relief because the Discovery Sport has not adopted the offset number plate of its larger Discovery sibling. 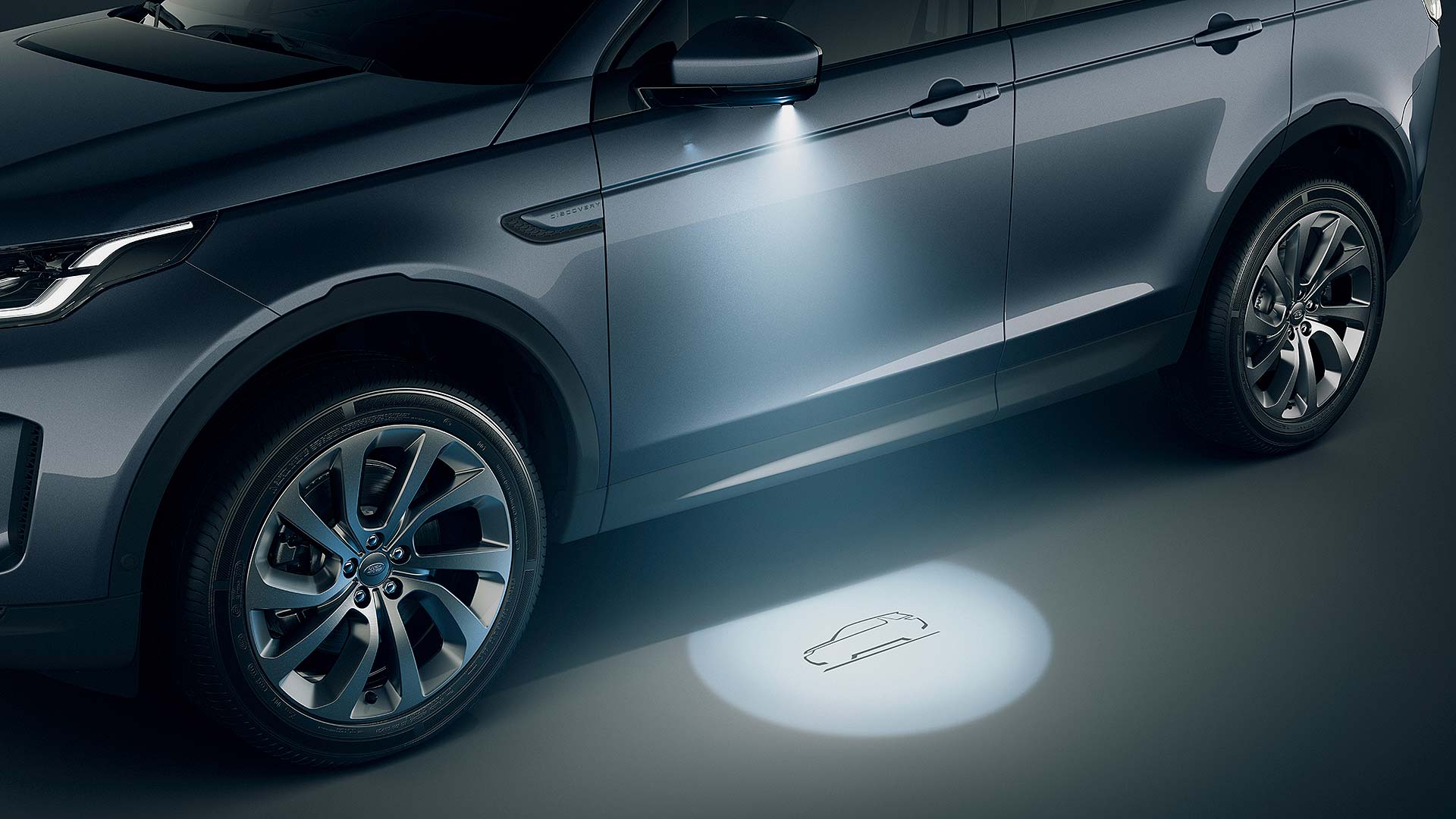 New downlighters built into the door mirrors are just one of the many neat touches offered on the new Discovery Sport. It can even be unlocked with the Land Rover Activity Key – a wearable band that you can put on when you’re off cycling, windsurfing or similar. It means you won’t lose your keys somewhere it’s unlikely you’ll ever find them… 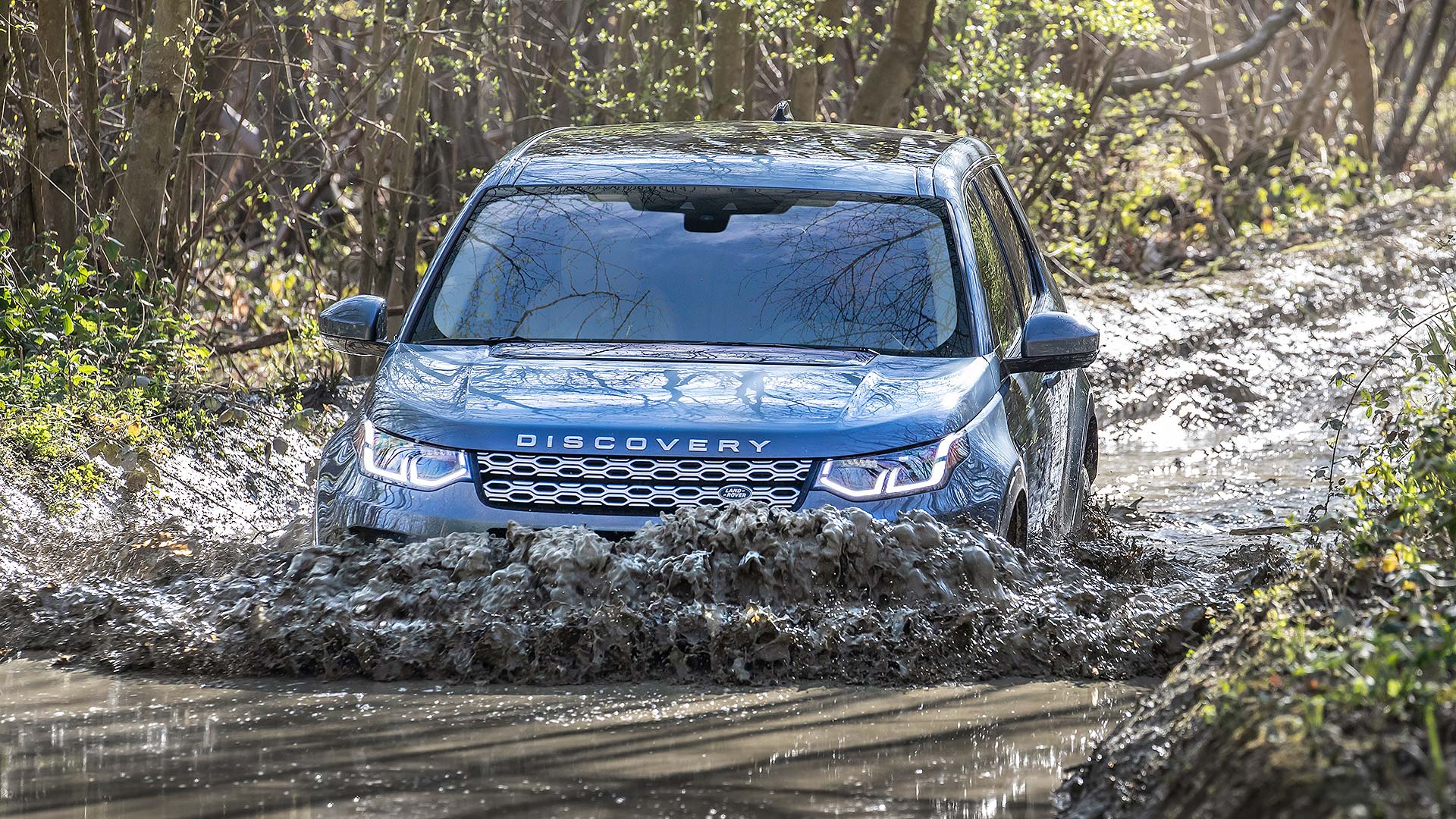 There are four off-road mode: Comfort, Sand, Gras-Gravel-Snow, Mud and Ruts. Or simply switch it into Auto and let the car do the work. Land Rover has even increased the size of the fuel tank, so you can go deeper into the wilderness without worrying if you’ll make it back again.

JLR UK MD Rawdon Glover called the Discovery Sport a “stunning success for Land Rover… the new model combines everything the Discovery family of vehicles embodies, with a greater focus on modern life. The result is a compact seven-seat SUV that caters for every family, in every eventuality.”