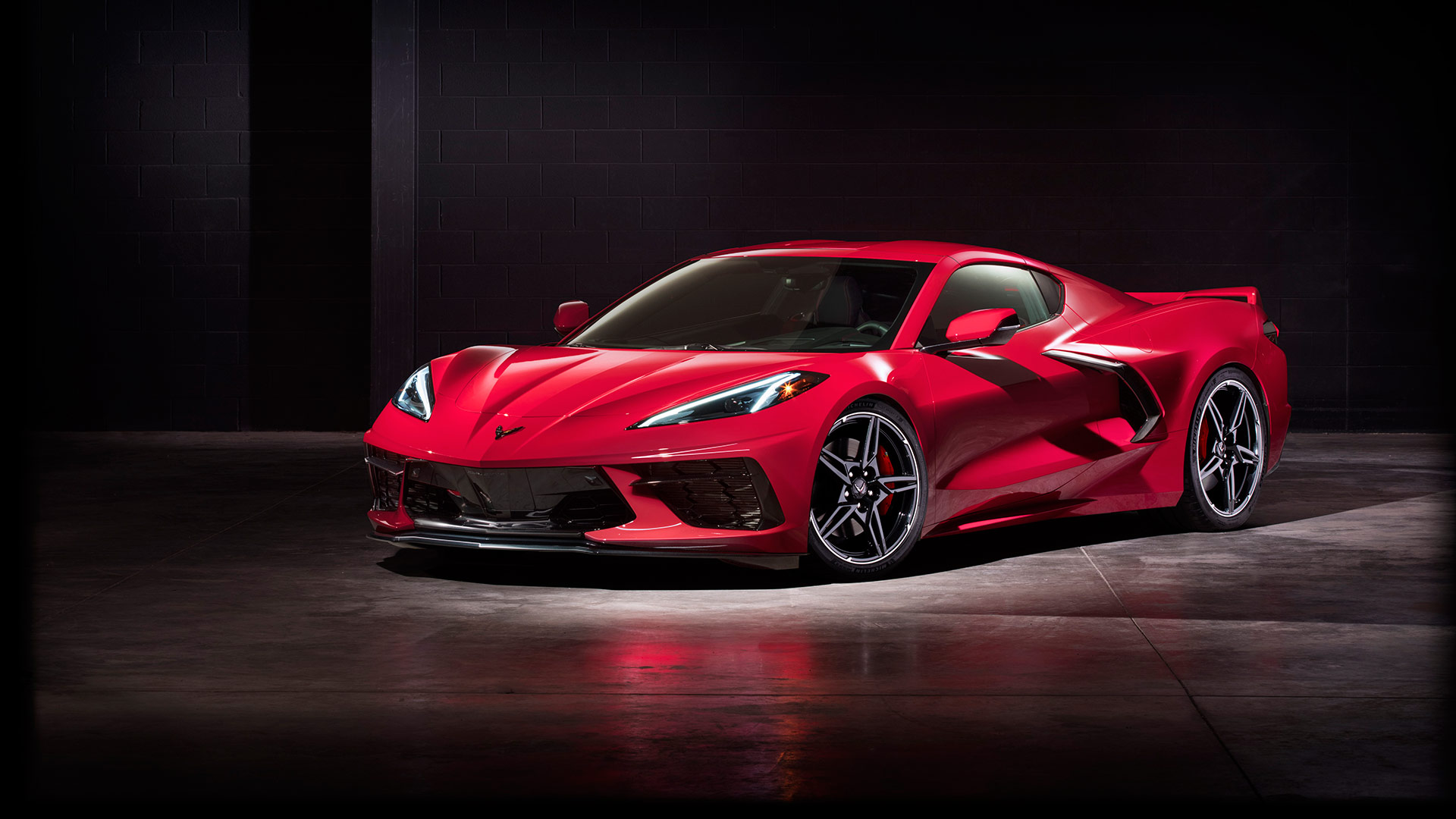 It may have taken more than six decades, but drivers in the UK will finally be able to have a Chevrolet Corvette with the steering wheel on the right.

The announcement came as part of the grand unveiling for the new 2020 C8 Corvette Stingray, which makes a controversial leap to a mid-engined layout.

Moving the engine to the middle has solved some of the packaging challenges which previously kept the Corvette left-hand drive only. It means using a Corvette in the UK everyday will become much easier, which should help boost interest in this American icon. 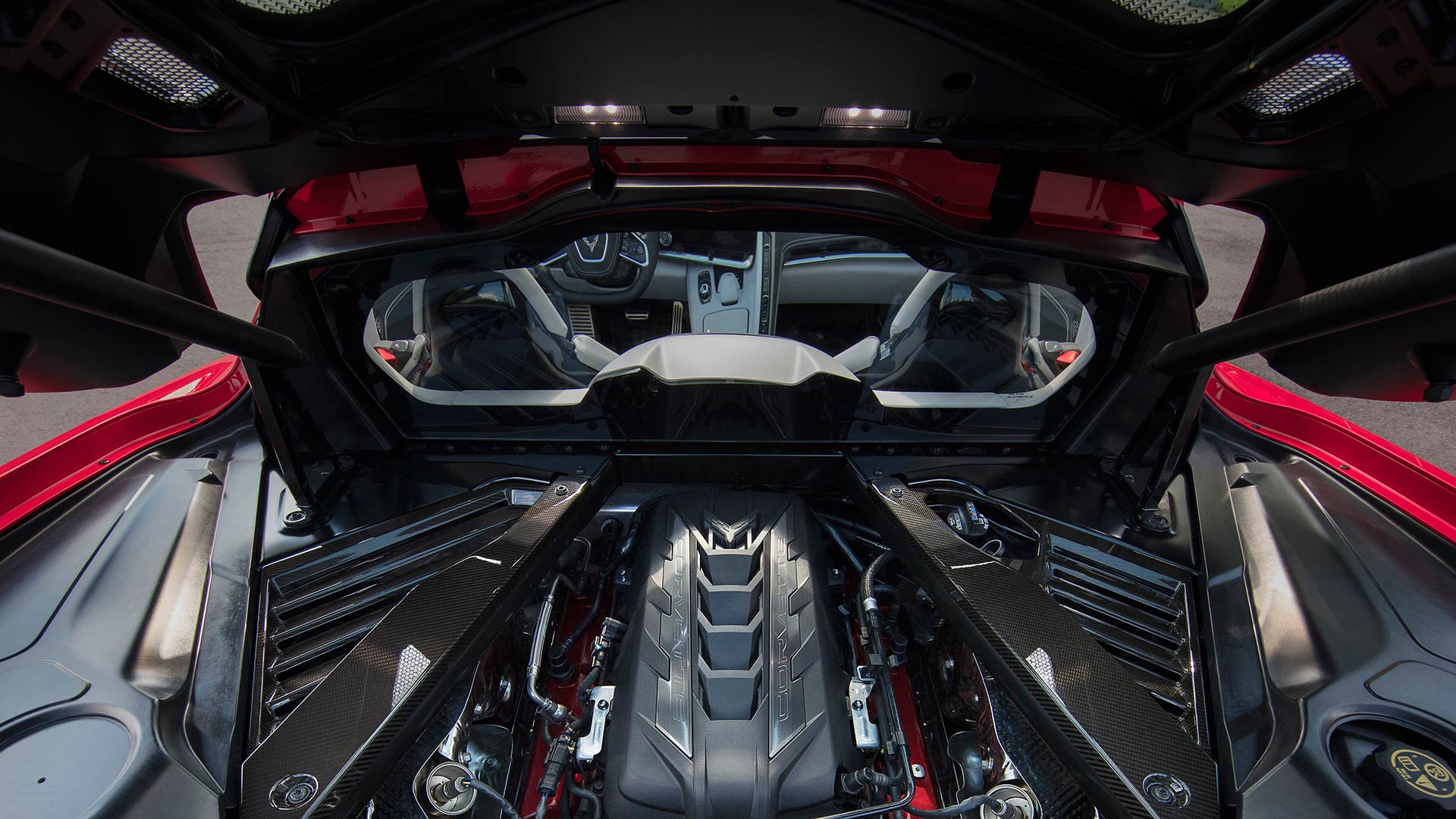 Although the move to midship design may upset some Corvette fans, Chevrolet believed the traditional front-engined platform had reached its limit.

As a result, the new C8 Corvette Stingray should be the most performance focussed version created. Chevrolet also promises it to be the fastest Corvette to accelerate from 0-60mph, with certain versions doing this in under 3.0 seconds.

Beneath the radical new design there is still a V8 engine. A naturally aspirated 6.2-litre ‘Small Block’ (yes, that’s really what GM calls it) will produce 495hp and 470lb-ft of torque. Expect turbocharged versions, with a lot more power, to follow in the future. 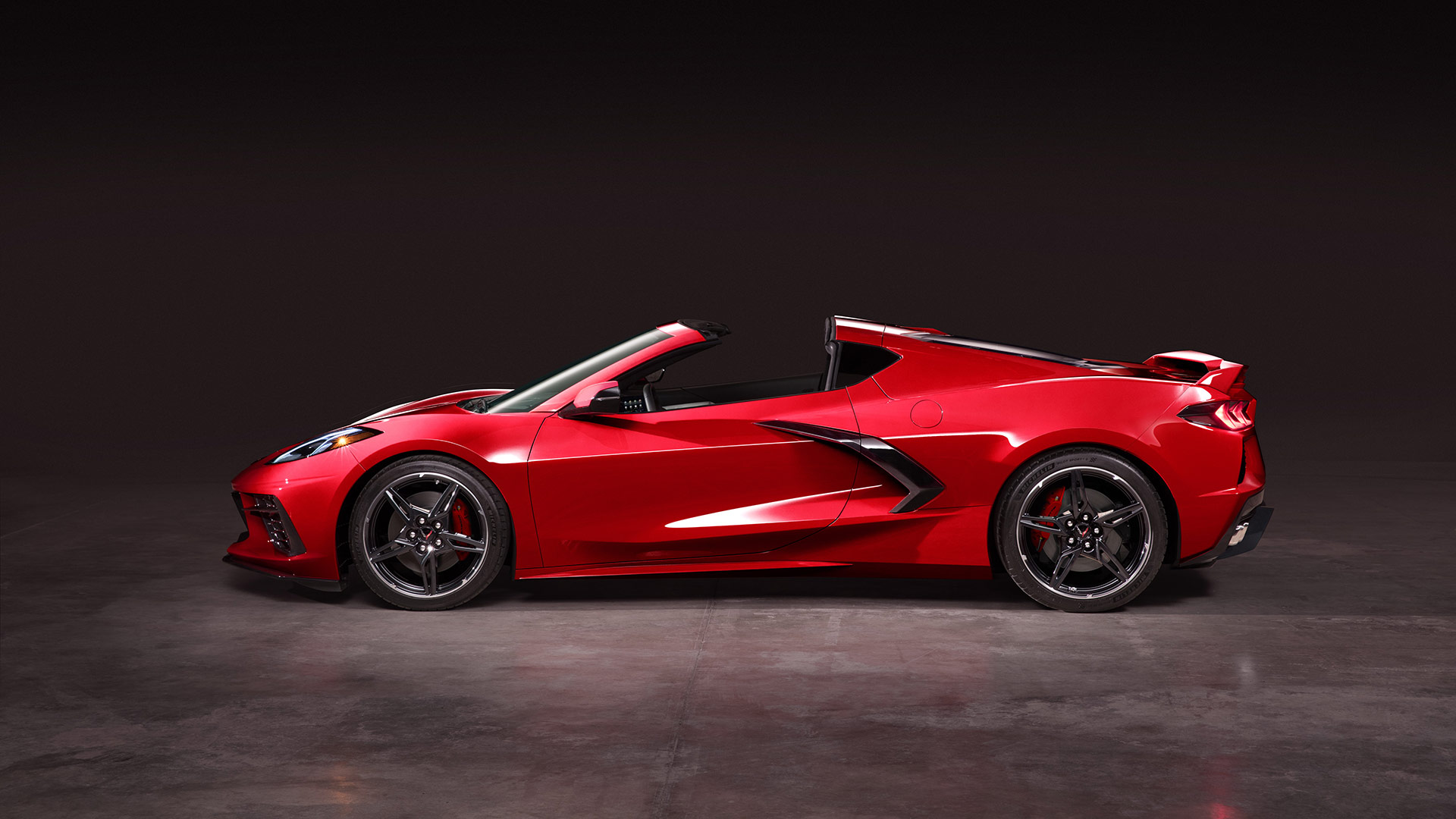 An eight-speed dual-clutch transmission is also a Corvette first. The lack of a true manual option will leave some Corvette purists upset, but the DCT gearbox is all in the pursuit of better performance and packaging.

Closer ratios for gears 2 to 6 aid acceleration, and drivers can still use paddle shifters to change gear. Launch control will also be offered, allowing the C8 to get off the line as quickly as possible.

A move to mid-engine has also required Chevrolet to completely rethink how the Corvette rides and handles. It promises increased comfort and stability, with a new coilover suspension system. 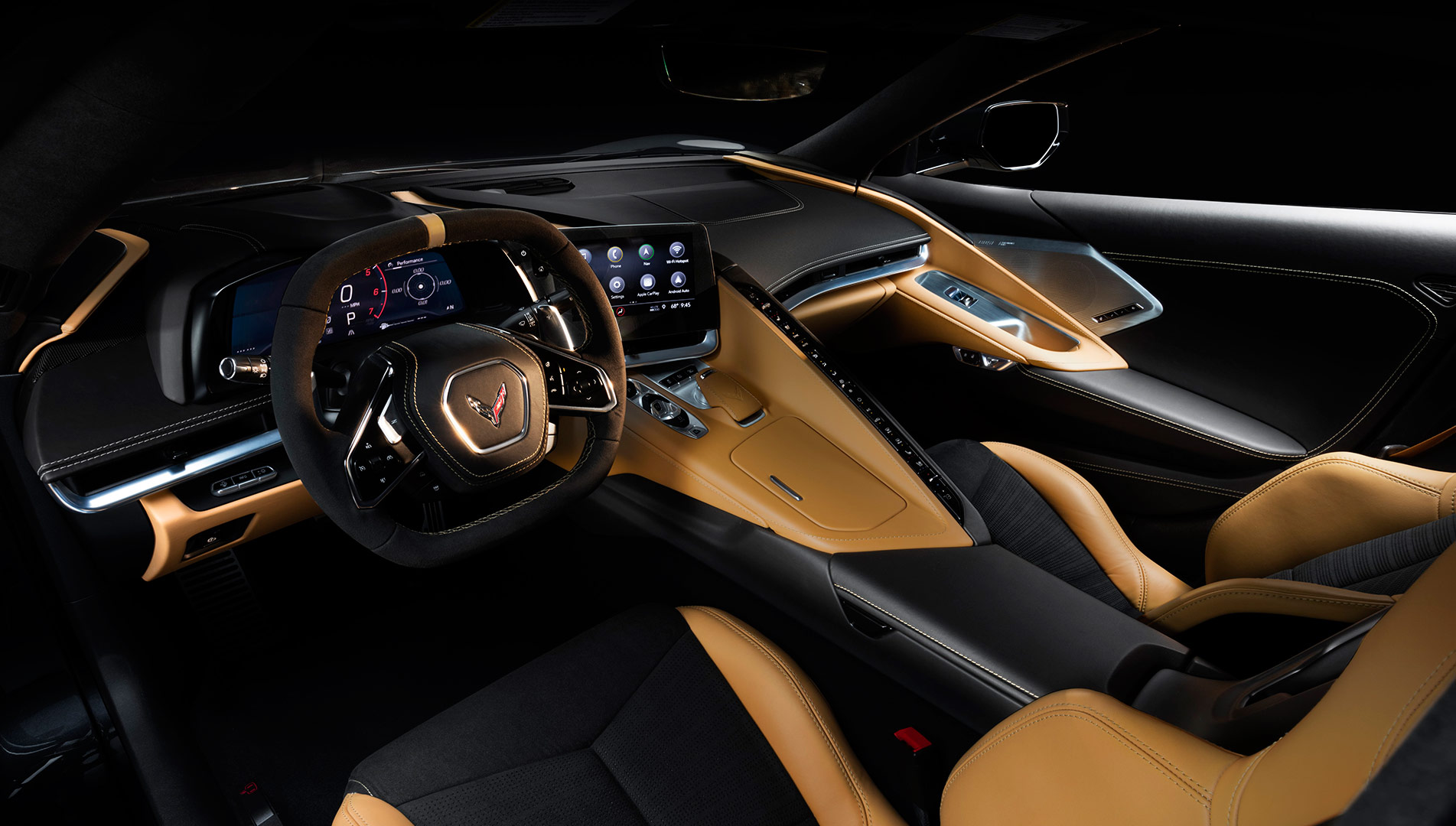 Chevrolet claims that the swooping canopy of the new Corvette takes inspiration from the F35 and F22 fighter jets. The interior is also heavily focussed on the driver, furthering the aeronautical theme.

The finish inside is certainly more luxurious than a jet fighter, making use of leather and real metal trim throughout. Buyers also have the choice of genuine aluminium or carbon fibre detailing. A Bose stereo system, heated steering wheel, and a new 12-inch digital dashboard are also part of the new upgrades.

Three trim levels will be offered, including a hardcore Competition Sport option, aimed at drivers who attend track days. 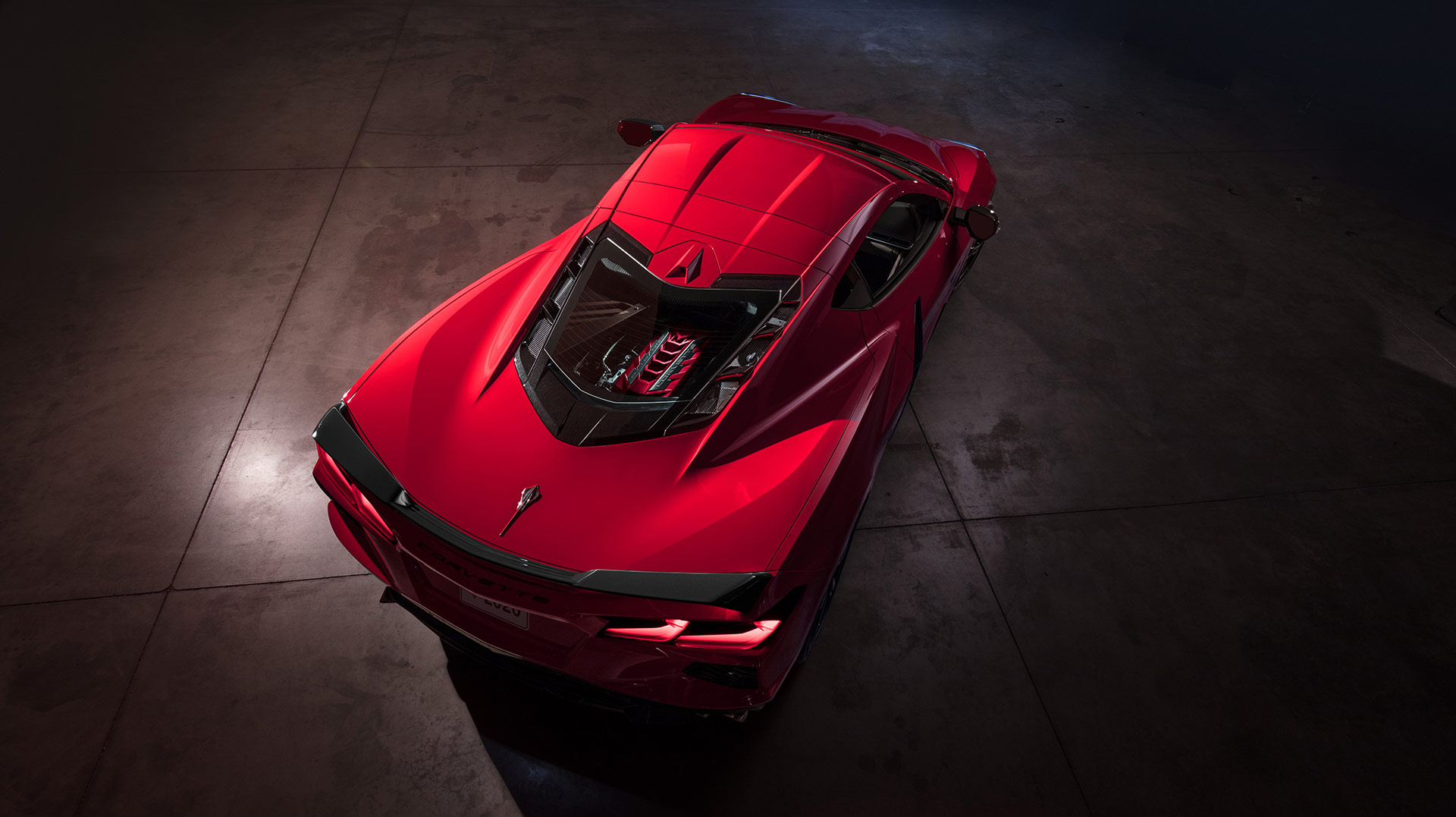 Although it may be mid-engined, Chevrolet has still ensured the new C8 Stingray can do the things typical Corvette drivers ask of it.

Two sets of golf clubs can fit in an expanded cargo space, and the front axle can lift by 40mm to help clear speed bumps and potholes. The navigation system can even store 1,000 locations for when the car needs to rise up.

Pricing for the UK market is yet to be confirmed, but American buyers will see prices starting from $60,000 – equivalent to £49,000.

Production is due to begin at General Motor’s Bowling Green Assembly plant in late 2019. For those in the UK, deliveries are expected to happen in early 2021.