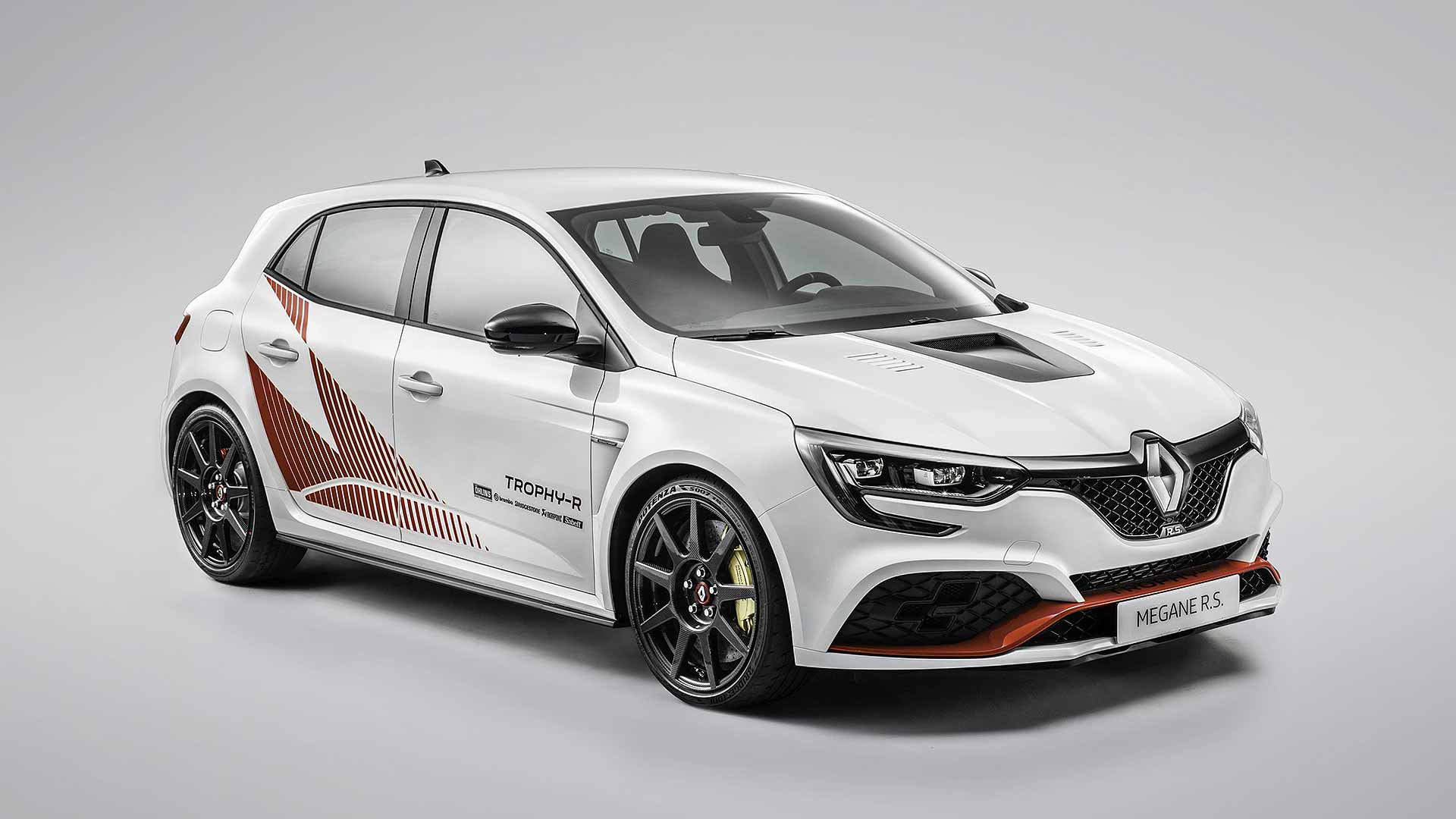 Renault has stunned performance car fans by revealing the limited-run Megane R.S. Trophy-R hot hatch will cost from £51,140 – with the Nurburgring Record edition priced at a staggering £72,140.

The breathtaking prices are way in excess of the standard Megane R.S. RRP of £27,835.

Trophy-R models only have 20 horsepower more than the regular 280hp model, too. 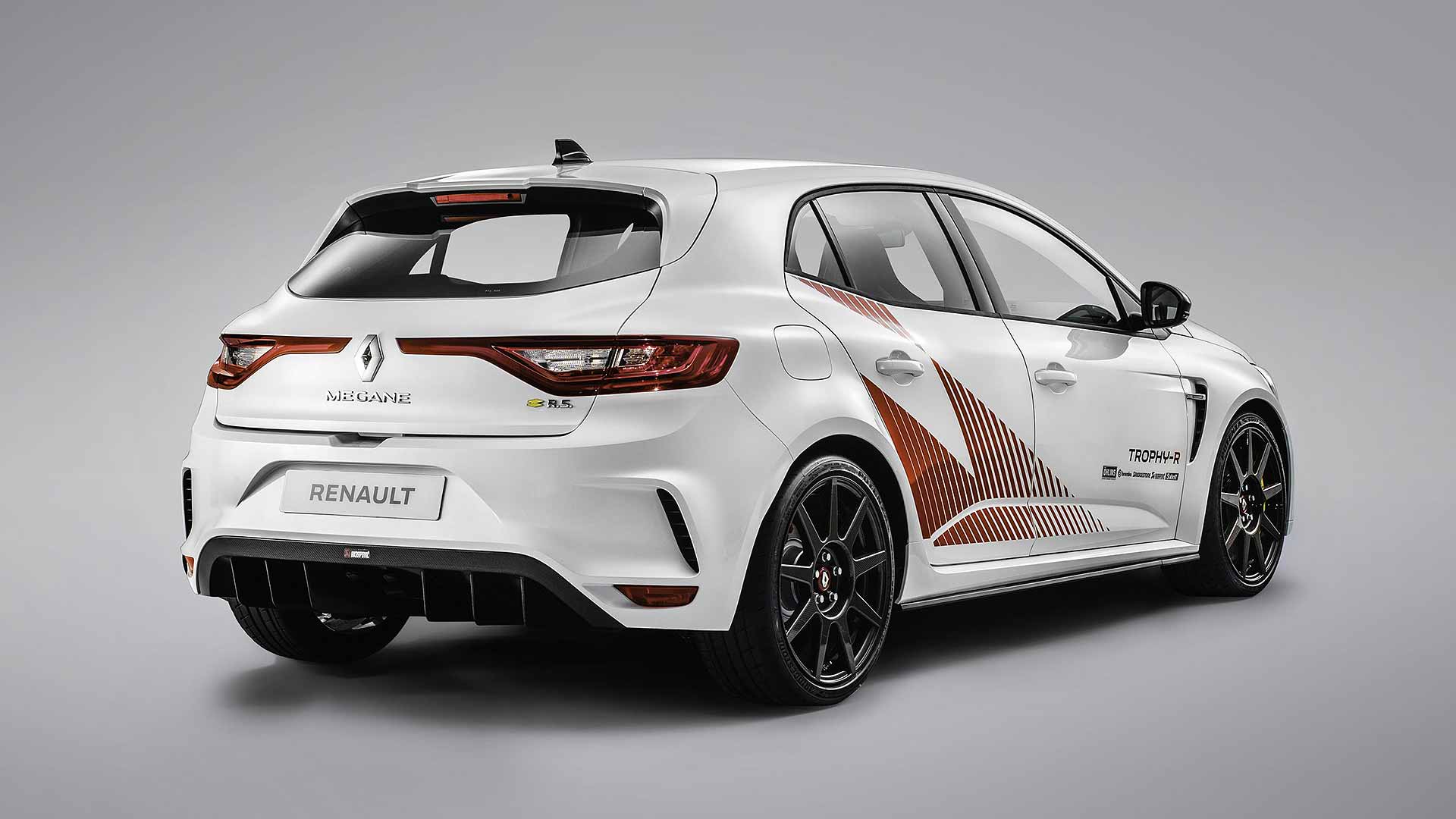 Renault justifies the price by saying the new model has ‘many bespoke, lightweight parts’. These include Ohlins dampers, an Akrapovic titanium exhaust, a carbon composite bonnet and a carbon rear diffuser.

The interior is stripped out; the rear seats have been removed and race-style composite Sabelt seats fitted in the front. 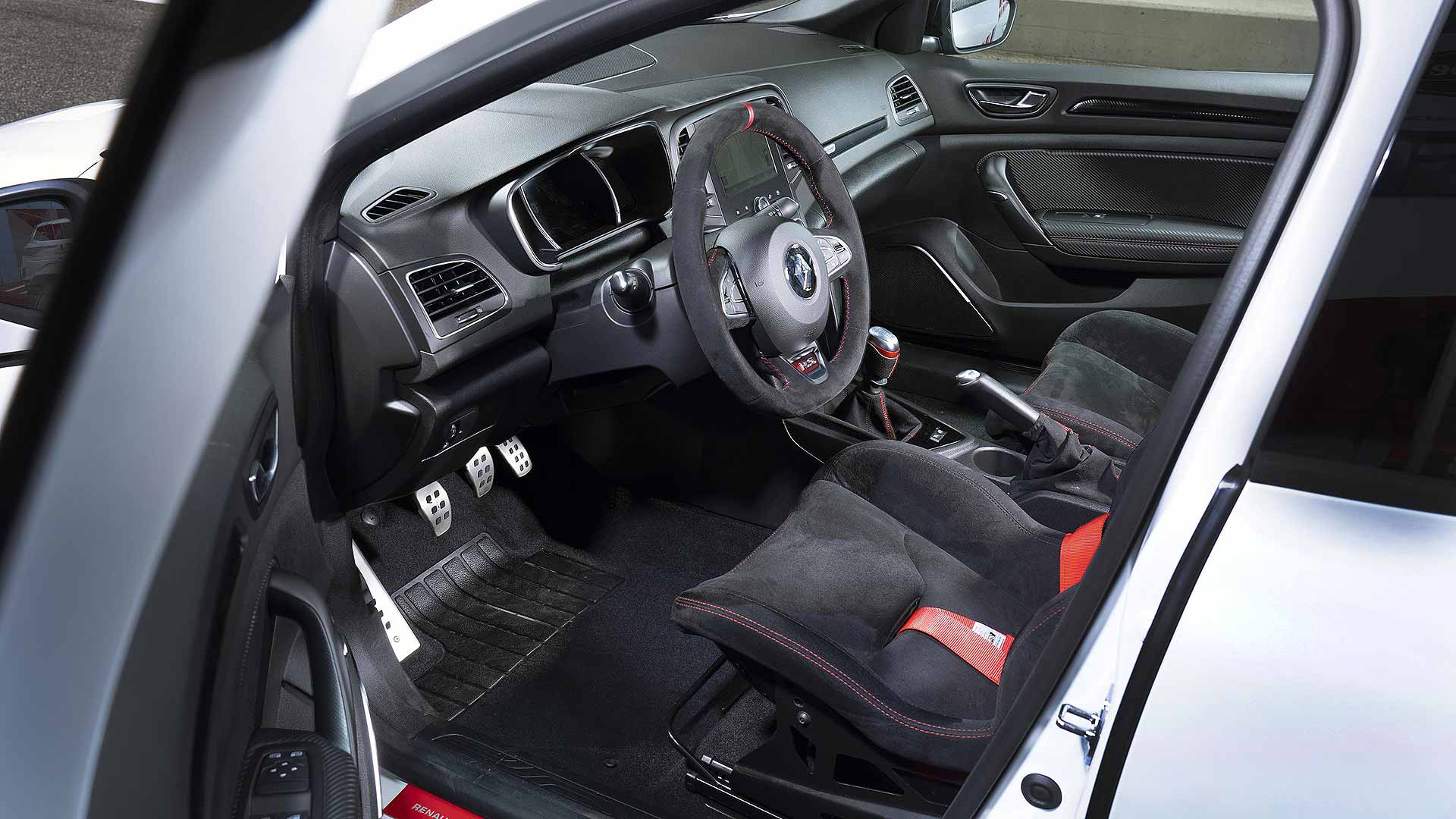 It weighs an impressive 130 kg less than the standard Megane R.S., which is how it was able to break the front-wheel-drive production car lap record at both the Nurgurgring and Spa Francorchamps in Belgium.

Further weight can be saved with the £63,140 Carbon Wheel variant. Exotic carbon fibre wheels are fitted, which cut 2kg. They are meant for racetrack use: they can be stored in tailored bags in a cradle behind the front seats when you drive on the road. 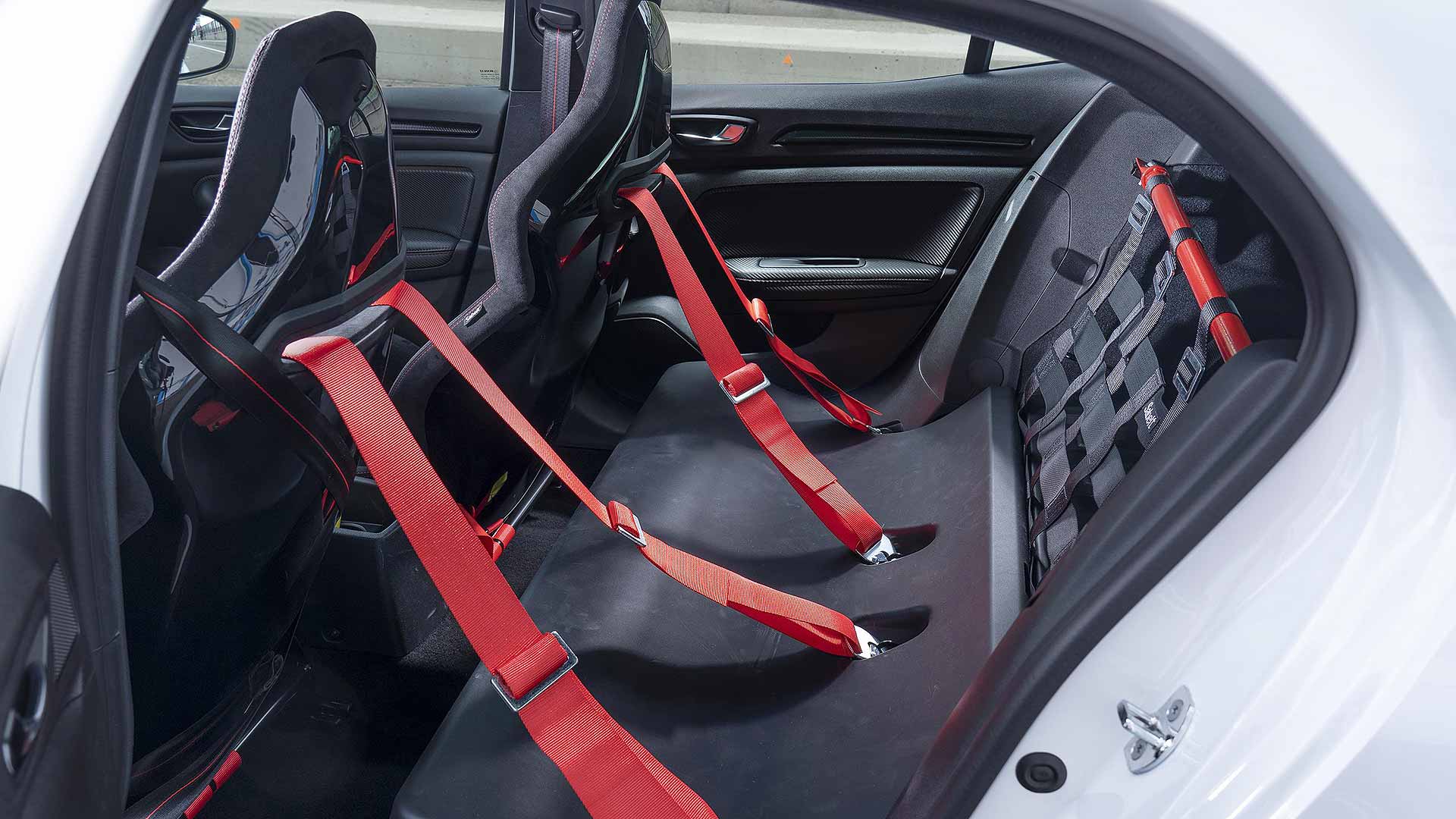 The £72,140 Nurburgring Record model uses the same wheels, plus bigger front brakes with gold Brembo calipers, and a ‘dynamic air intake’ in the front bumper that saves 2kg.

Only 500 examples of the Megane R.S. Trophy-R (a car costing more than the two-seater Alpine A110 sports car, also built by Renault) will be built globally – and just 32 are coming to the UK.