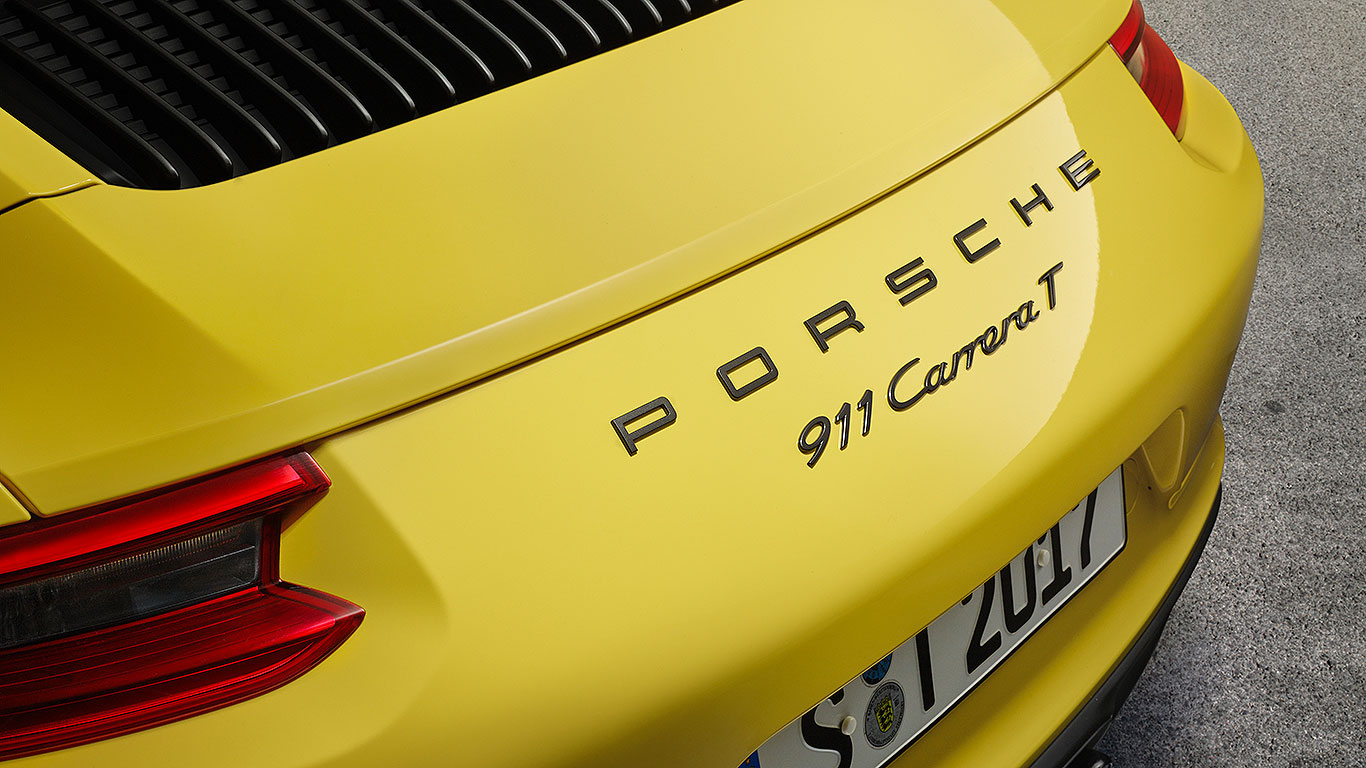 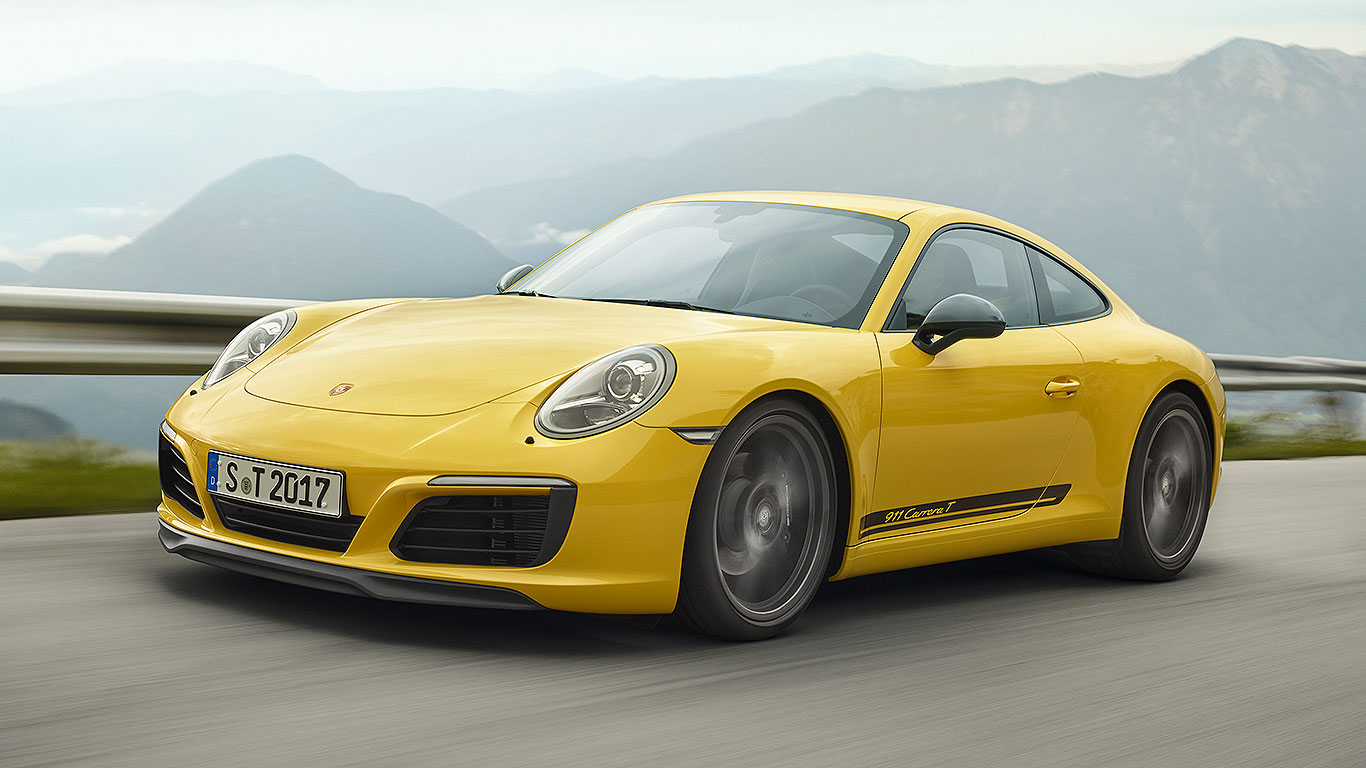 Porsche has revealed a new 911 Carrera T model, a ‘back to basics’ variant where the ‘T’ stands for ‘Touring’ and the emphasis is on simplicity and light weight. It costs from £85,576 and ordering is open now.

Reviving the name of the original 1968 911 T, the new 2018 Carrera T has a focused mechanical specification. It is rear-wheel drive, comes with a manual gearbox and has a sporty rear differential lock as standard. It is also fitted with rear-axle steering, something unavailable on the standard 911 Carrera. 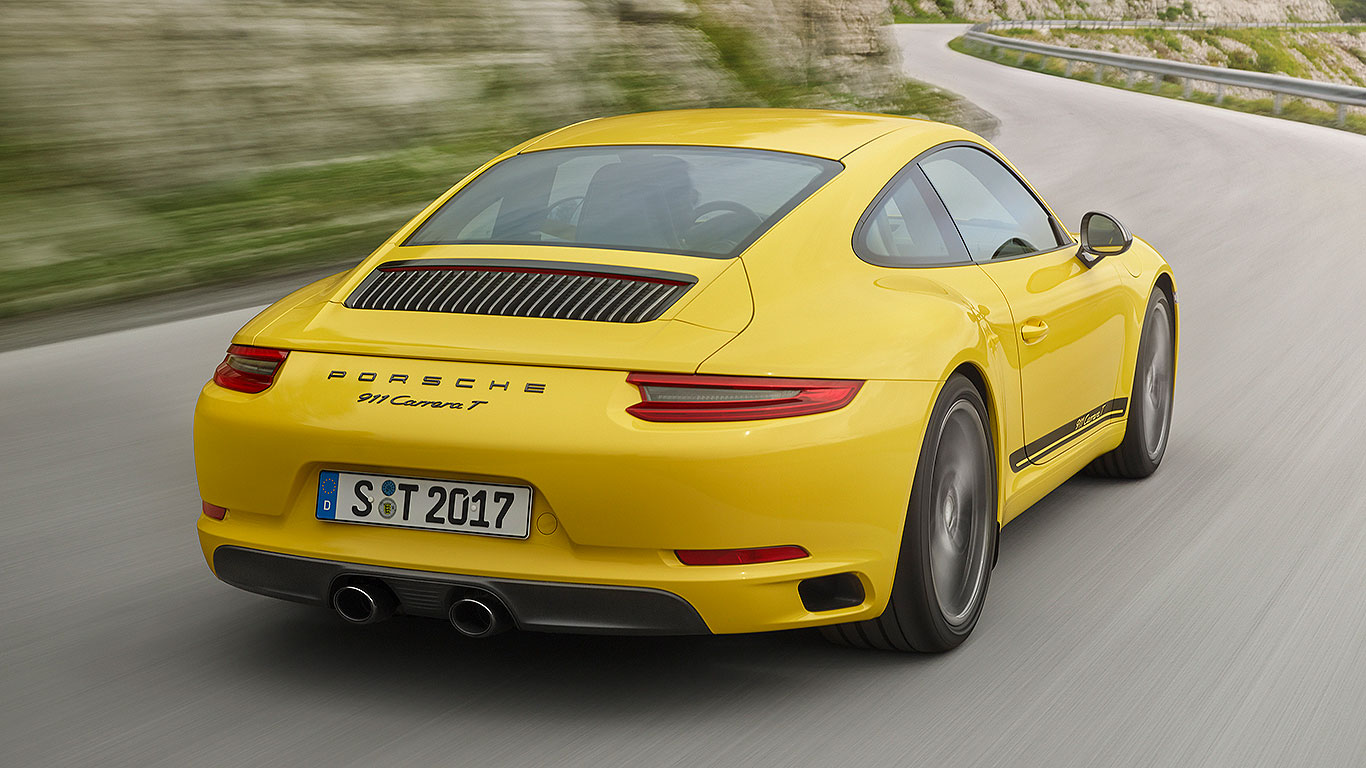 Porsche also fits PASM adaptive suspension as standard, which is lowered by 20mm compared to the regular Carrara, as well as the Sport Chrono Package. This is why the new 911 Carrara T costs £7,685 more than the base 911.

Despite the extra features, it’s 20kg lighter than the 911 Carrera, courtesy of some neat weight-saving features. Porsche has fitted lightweight glass for the rear windows, and replaced the regular doorhandles with fabric opening loops. There are no rear seats and even the PCM infotainment system has been removed.

Both rear seats and infotainment can, however, be added back on – at no extra cost. A genuine ‘base spec’ 911 Carrera T is thus expected to be something of a rarity…

Porsche uses smart Sport-Tex fabric for the seats, in place of the default leather, and fits a shortened gearlever with the seven-speed shift pattern marked out in red. Full bucket seats are offered as an option for the first time in a 911 Carrera, and standard black dash trim can be enhanced by a ‘T’ interior package, bringing either Racing yellow, Guards red or GT silver seatbelts and seat stitching. Those new door opening loops are also colour-keyed.

A sports exhaust system is standard, but the 3.0-litre flat-six twin-turbo engine has, at 370hp, no more power than the regular 911 Carrera. Porsche has fitted shortened gear ratios though, which helps it accelerate from 0-62mph in 4.5 seconds, 0.1 seconds faster than the normal model.

The firm will also fit the PDK automatic gearbox for those less fussed by the back-to-basics approach; this cuts the 0-62mph time to 4.2 seconds.