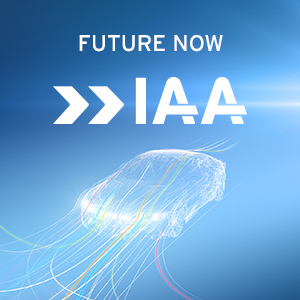 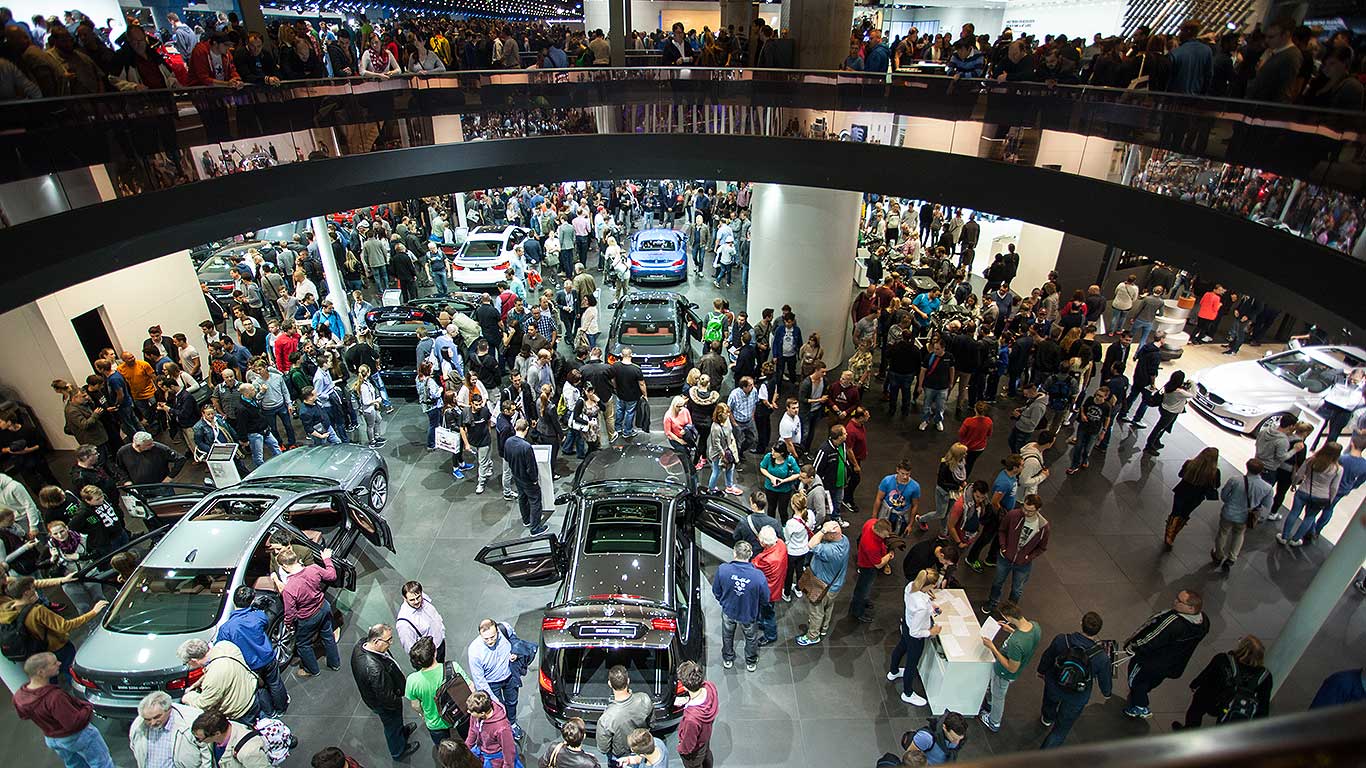 The Frankfurt Motor Show is a biannual showcase of German car industry muscle. Here’s our guide to what is being shown at the 2017 Frankfurt IAA.

If you’ve had a busy day at work, spare a thought for Team Motoring Research who have been pounding the floors of the Messe Frankfurt show halls all day.

You can catch all the highlights of their hard work with our special gallery, showcasing all the best cars from the show:

SEAT has resurrected the Cupra R name for a special limited-edition version of the current Leon. It makes for the most powerful road-going SEAT model to date, but does without the bright colours of previous hot Leons. In case you’re wondering, the bright detailing is copper:

Along with the Leon Cupra R, there is also another hot hatch favourite making a Frankfurt debut, with the revised Suzuki Swift Sport on show. It’s no longer a high-revving naturally aspirated machine, but the 1.4-litre turbocharged engine from the Vitara S should still make for fun:

The Motoring Research team have been hard at work, tracking down all the best cars on show in Frankfurt. See them all in our packed gallery here:

Check out Team MR's highlights of the Frankfurt Motor Show 2017.

Every major motor show creates opportunities for spotting design trends amongst manufacturers. This year’s Frankfurt show sticks to the format, with grey paint and bright red/orange accents apparently the colour scheme to have. We’ve spotted it first on the Toyota C-HR Hy-Power concept. It uses a grey and orange theme inspired by the way carbon is turned into diamonds by natural forces. It also points the way to performance hybrid version of the C-HR:

Mini is also making use of the grey and bright red colour scheme, with the dramatic John Cooper Works GP concept. The livery only seems to make it appear even more aggressive than it already looks:

Not a fan of Minis and their contrived cuteness, but this JCW GP concept looks ace. Kudos for that DTM-style centrally parked wiper, too. pic.twitter.com/gMsvZK1F3r

Keeping consistent with the theme of most recent motor shows, SUVs are hot property at Frankfurt in 2017. That includes performance versions of existing SUVs, like the new impressive new Land Rover Discovery SVX. Built by Land Rover’s SVO team, there’s a 525hp supercharged 5.0-litre V8 beneath the bonnet, whilst ground clearance and wheel articulation are increased for better ability off-road:

At the other end of the performance SUV spectrum, Porsche has given the new third-generation Cayenne a public airing. It might look a lot like the outgoing version, but beneath the surface things are very new. Turbocharged petrol engines abound, with very little talk of diesel. There’s also a new 550hp Cayenne Turbo, too:

Ford has revised the Ecosport, but not everyone seems enthusiastic about the new look:

Ford's finally fixed the Ecosport. Oh, wait, not that. pic.twitter.com/Zl2VQskwuo

In case you hadn’t noticed, electrification is big news in the motoring industry this year. From mild hybridisation, through to full EVs, battery power is important. Yet eco-mindedness doesn’t have to be dull, and Jaguar is set to create a new one-make race series using the forthcoming I-Pace electric car. Supporting the FIA Formula E series from the end of 2018, up to 20 cars will be offered on a ‘arrive and drive’ basis for the I-Pace eTrophy:

Volkswagen is displaying a number of concept electric vehicles, including a revised version of the I.D. Crozz concept previously shown in Shanghai. This all-electric SUV is planned for production in 2020, and will push Volkswagen towards the goal of selling 100,000 EV Volkswagens per year:

Honda might be able to claim the prize for coolest-looking electric concept in Frankfurt, however. The Urban EV Concept is said to integrate seamlessly with your life, but the big draw is styling inspired by the original Civic:

Frankfurt has something for everyone in 2017, with new products launched at both the top and bottom of the automotive food chain. With over 1 million Dacia Dusters sold across Europe since being introduced in 2010, the second-generation of the bargain SUV is a big deal. Needless to say, Dacia has taken an evolutionary approach to styling changes:

Substantially more expensive, and less capable off-road, Frankfurt also sees the official launch of the new Lamborghini Aventador S Roadster. Luggage space is also less than the Duster, but then that doesn’t have to carry a 6.5-litre V12 with 730hp:

Our forward-thinking attitude is reflected in the special vehicles we create: a perfect combination of tradition and innovation. #IAA2017 pic.twitter.com/JrgdCHlNXm

Lamborghini has also confirmed it will show off the production version of the Urus SUV on the 4th of December. Until then, there is always the Duster.

With something as dramatic as the Mercedes-AMG Project One on offer, it’s no surprise to see it get a second unveiling in Frankfurt. Still with in excess of 1,000hp from an engine borrowed from Lewis Hamilton’s company car, this is one concept which isn’t getting old anytime soon. The man himself also turned up to lend a hand:

.@LewisHamilton: Happy to be part of the @MercedesBenz history and journey. #MBIAA17 pic.twitter.com/WxGPud4Y9H

Slightly more affordable, but no less in terms of constant teasing for several months, the finished Renault Megane Renault Sport finally got a public airing in Frankfurt. Forget that they have the Singapore Grand Prix to prepare for – a Formula 1 driver seems to be the thing to have on stage this year. The new Megane Renault Sport is also F1-inspired, but has to make do with just 280hp from a 1.8-litre turbocharged engine. Purists will be pleased to know that a six-speed manual gearbox is on offer:

Renault also revealed the futuristic Symbioz concept car, which is said to offer a vision of how personal transport will work in 2030. Renault predicts the car becoming an extension of the home when travelling, and actually integrating itself as an extra room on your return:

The Frankfurt show is now in full swing, with announcements and product launches galore. Mercedes-Benz had so much fun last night, they’re doing it all again this morning, including a full-scale musical number to reveal the Smart Vision ForTwo. However, the biggest news this morning is the Concept EQA, set to be the mainstream EV offering from the brand:

There is no escaping the electric future. BMW’s important Frankfurt concept is the i Vision Dynamic, which previews the next model in the BMWi range. Slotting between the i3 and i8, the Vision Dynamic will squarely challenge Tesla, as BMW looks to have 25 electrified models by 2025:

Kia also revealed the stylish Proceed Concept – along with more conventional offerings – that previews the design of the next C-segment hatchback. Kia may also consider adding the shooting brake design of the concept car to the model range:

You might just be waking up in the UK, but over in Germany the 2017 Frankfurt Motor Show is already in full swing. We’ll have live coverage throughout the day with this live blog, bringing you the action from the heart of the show floor.

Thing also went down last night, with Mercedes-Benz and Volkswagen all holding special preview events. For Volkswagen this involved moving on from dieselgate, and plotting out a future as a leader in electric cars:

All eyes were keenly focussed on Mercedes-AMG, with the Project One hypercar garnering so much attention that even usual crowd-pulling attractions were overlooked:

Keep checking back as we update this blog throughout the day, with sheets literally being pulled off new cars and concepts all morning.