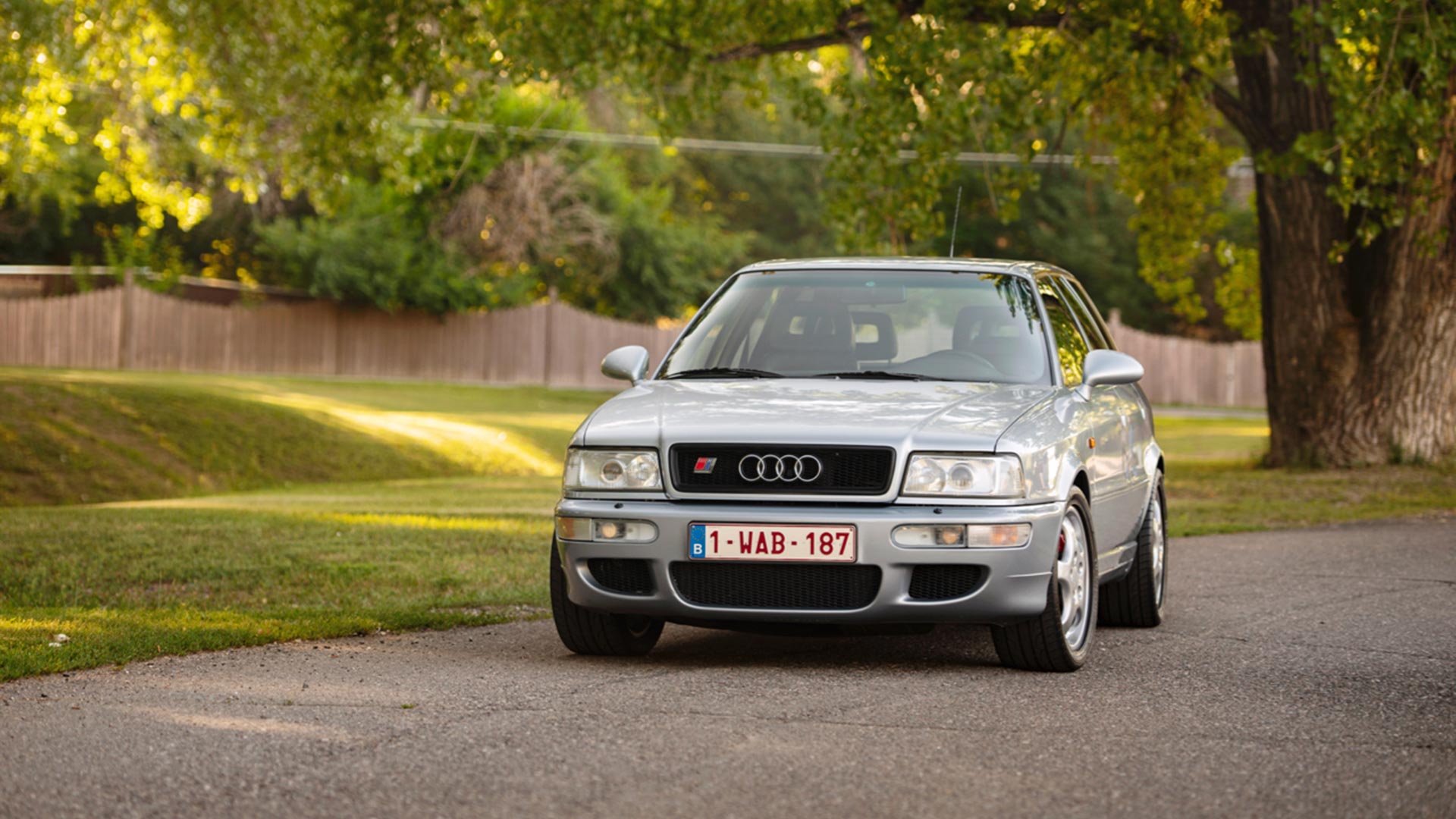 That will change with the new 2020 RS6 Avant but, for those who just cannot wait, Bring a Trailer has a solution.

Up for auction right now is this rare 1994 Audi RS2 Avant, taking advantage of its 25-year-old age to become eligible for import into the USA. 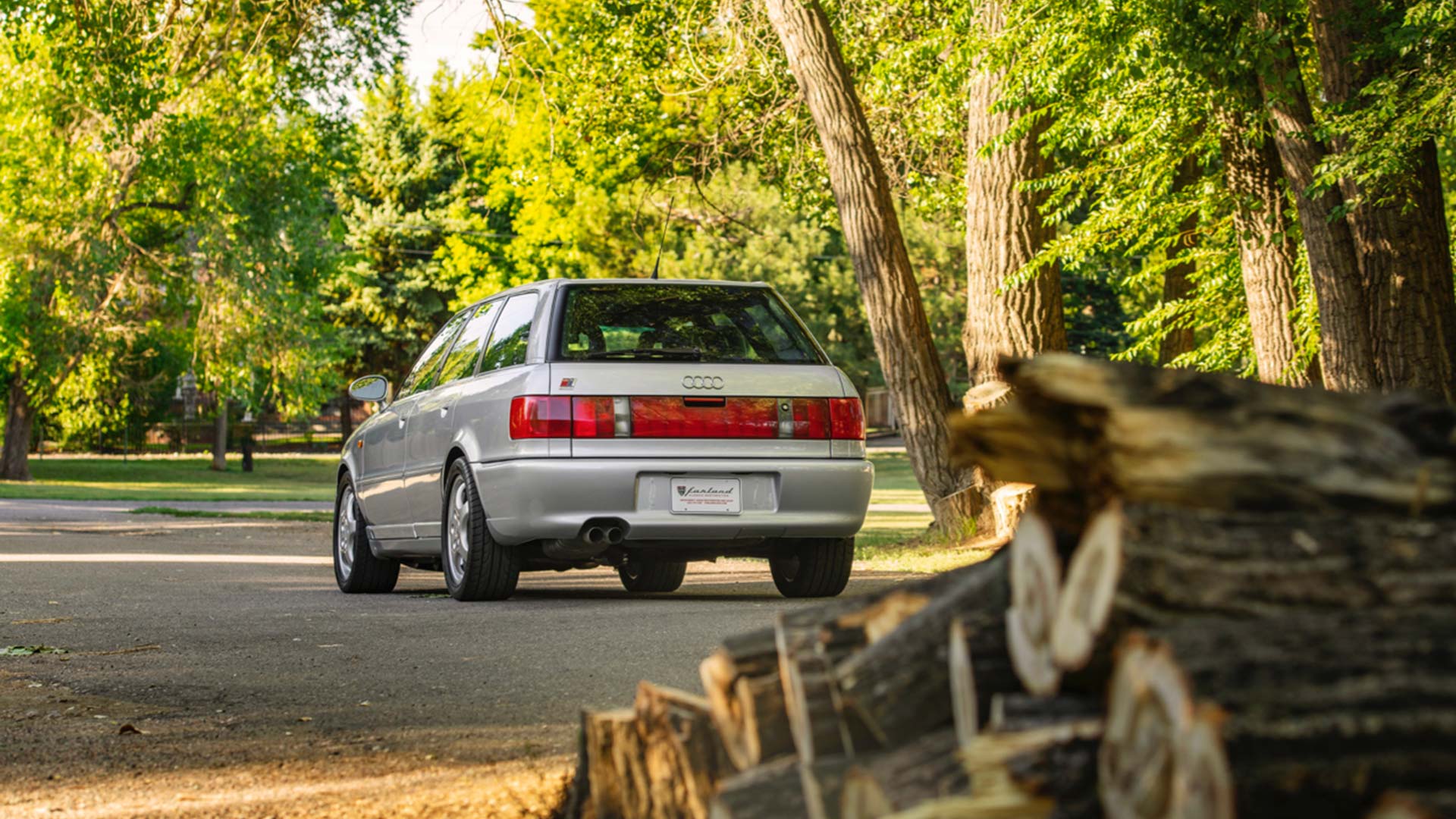 The limited-edition five-door RS2 Avant was developed in partnership with Porsche, using the Audi 80 sedan as a base.

Production was undertaken between March 1994 and May 1995, with around 2,900 examples leaving the factory. The majority remained in Europe, with a handful of cars escaping overseas. None came officially to the United States.

This particular car was sold new to an Italian buyer, before spending time in Belgium. It made the trip to the U.S. in May 2019, and is currently residing with the seller in Englewood, Colorado. 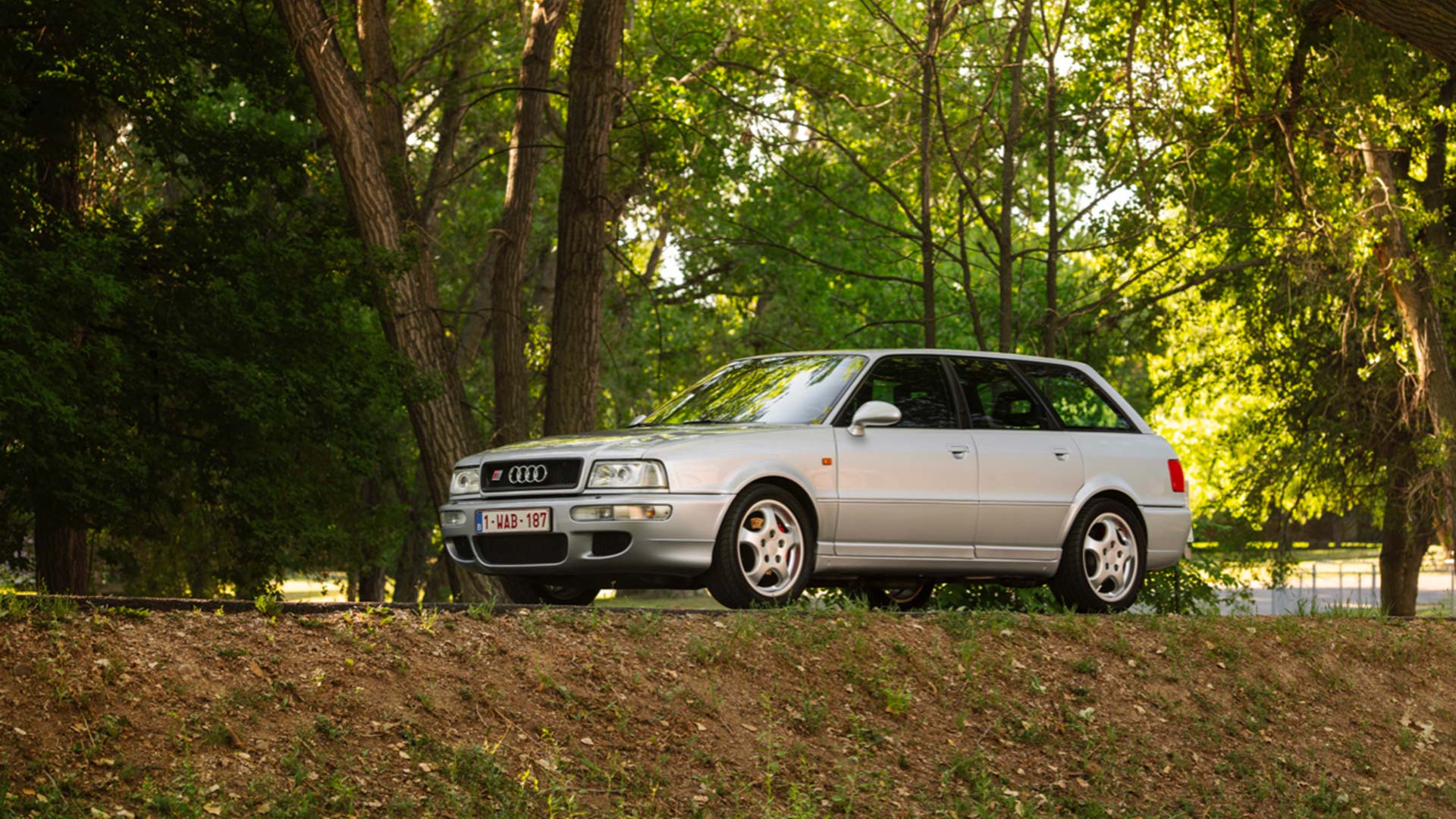 The joint venture with Porsche resulted in substantial changes to the regular Audi 80 Avant. Styling changes included a front bumper inspired by a Porsche 911, whilst between the rear lights is a strip intended to replicate the rump of a Carrera 4.

Porsche’s 911 sports car also supplied the side mirrors for the RS2 Avant, along with the 17-inch ‘Cup’ alloy wheels, and the upgraded Brembo brakes which hide behind them.

Discreet badges inscribed with ‘RS2 Porsche’ are the other subtle hints that this is not your average Audi station wagon.

The practical Porsche in disguise 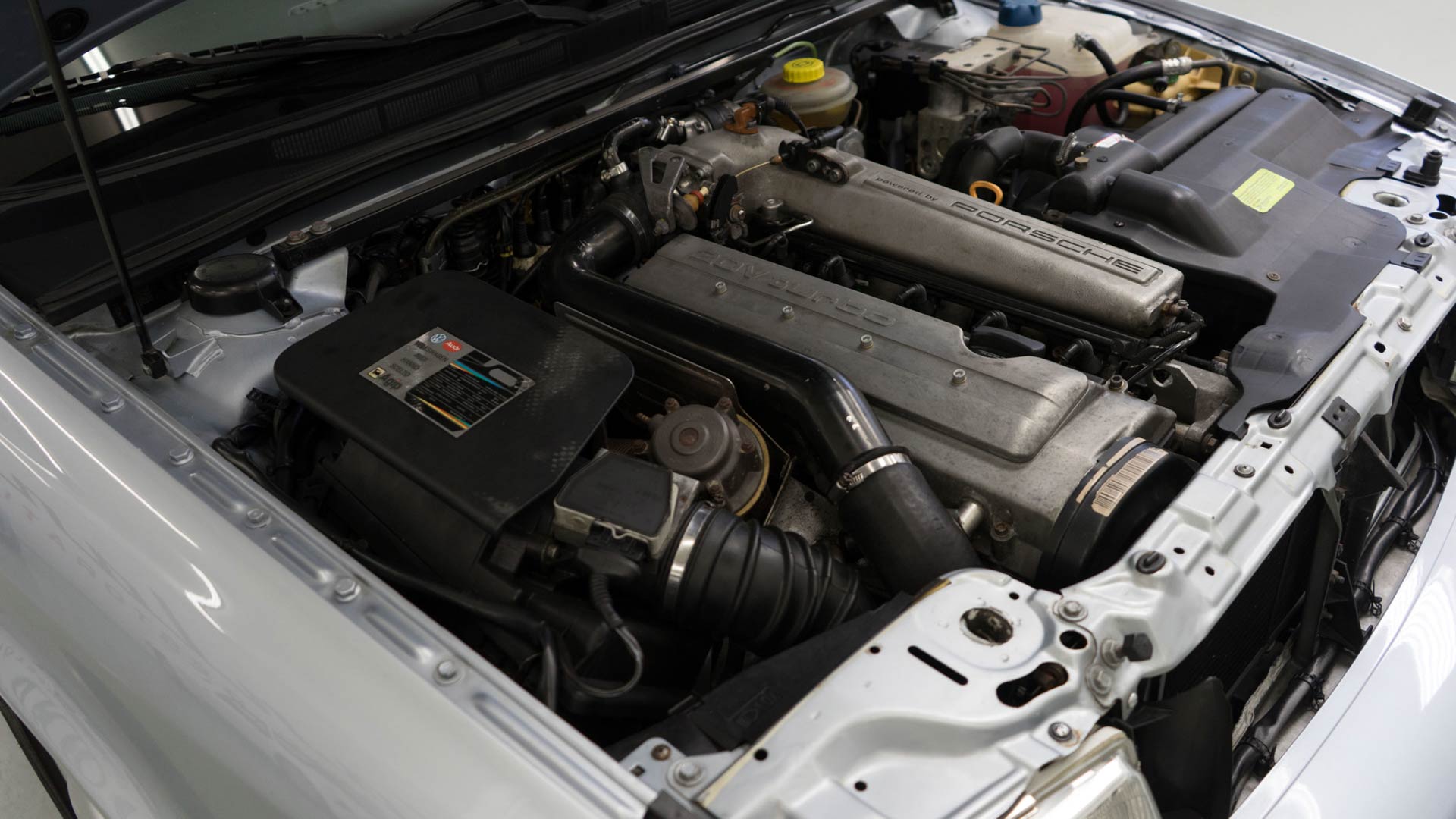 Porsche was also involved in upgrading the 2.2-liter five-cylinder gasoline engine found beneath the hood of the RS2. In came a larger KKK turbocharger, combined with strengthened internals for the motor.

Performance was suitably startling. 0-30mph was clocked at a record-breaking 1.5 seconds, with 0-62mph taking 4.8 seconds. Top speed was 163mph, making this a seriously quick wagon for the early 1990s. 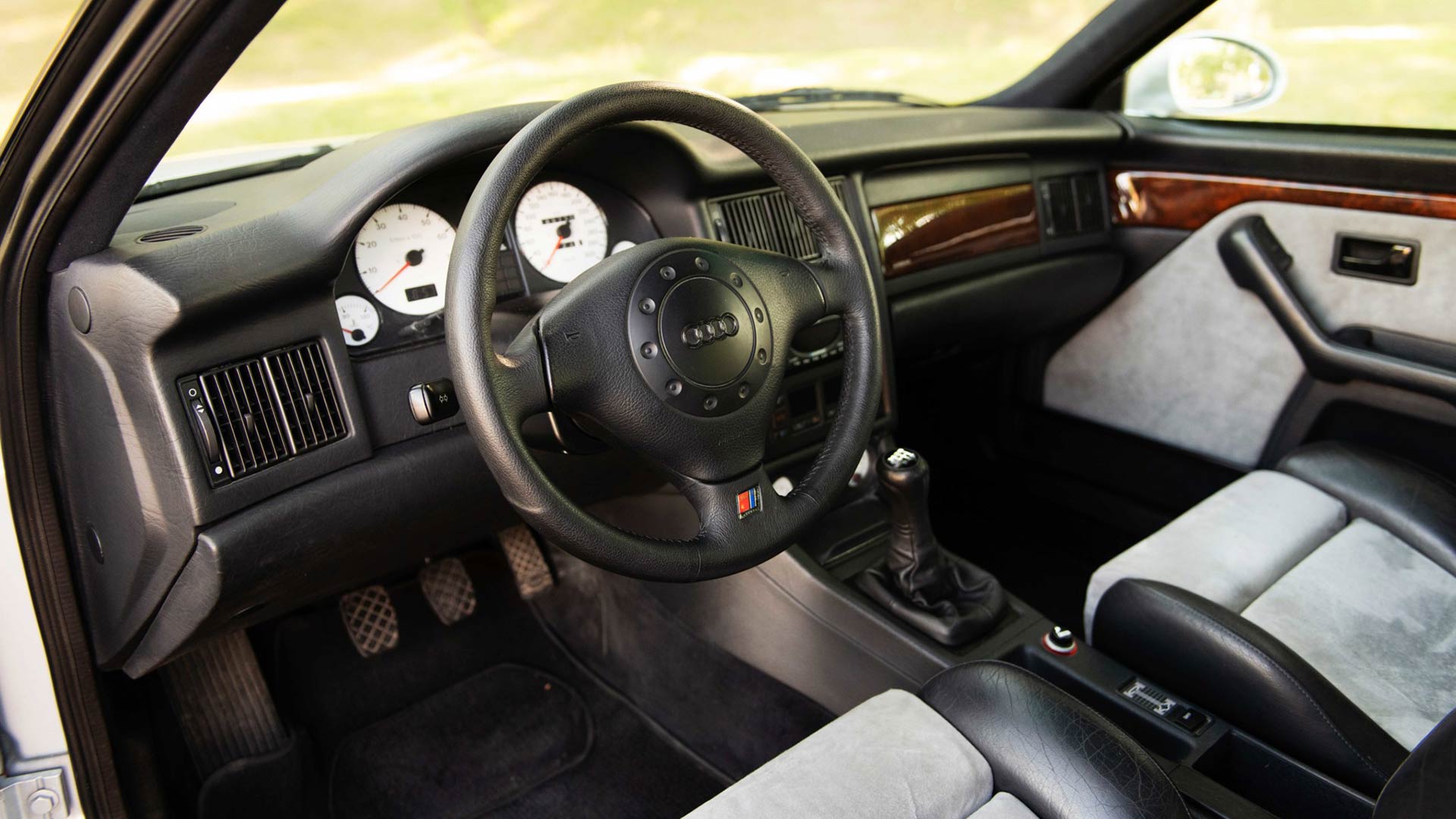 Interior changes included a pair of Recaro bucket seats in the front, with the ones in this particular car finished in a leather and Alcantara combination.

A three-spoke steering wheel was also added, along with a white-faced speedometer reading all the way to 180 mph.

This car features wood trim in place of the optional carbon fiber finish. The black headliner has been replaced, whilst a new Blaupunkt stereo head unit has also been fitted. 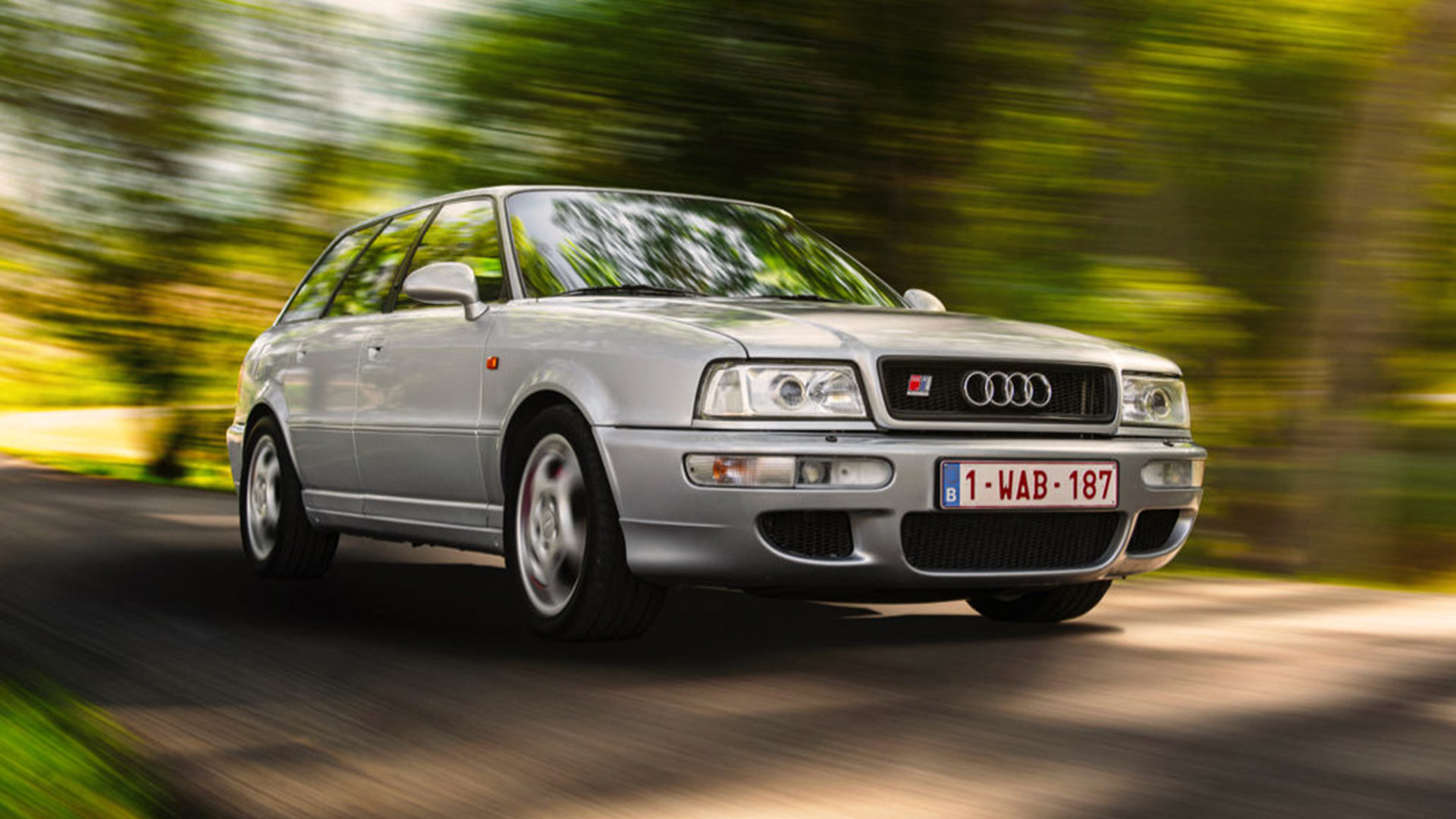 Following importation in May 2019, the dealership selling the RS2 has had small dents repaired ahead of sale. Work was undertaken on the air-conditioning system in August 2019 to fix a leaking line.

Servicing records from Europe are provided. These are said to show the belts and water pump being replaced in November 2018, along with engine oil, coolant, and other fluids being changed.

Importantly, the RS2 is registered on a clean Colorado title, along with plenty of documentation from its life in Europe. The odometer currently displays a recorded 89,000 kilometers – equivalent to 55,000 miles. 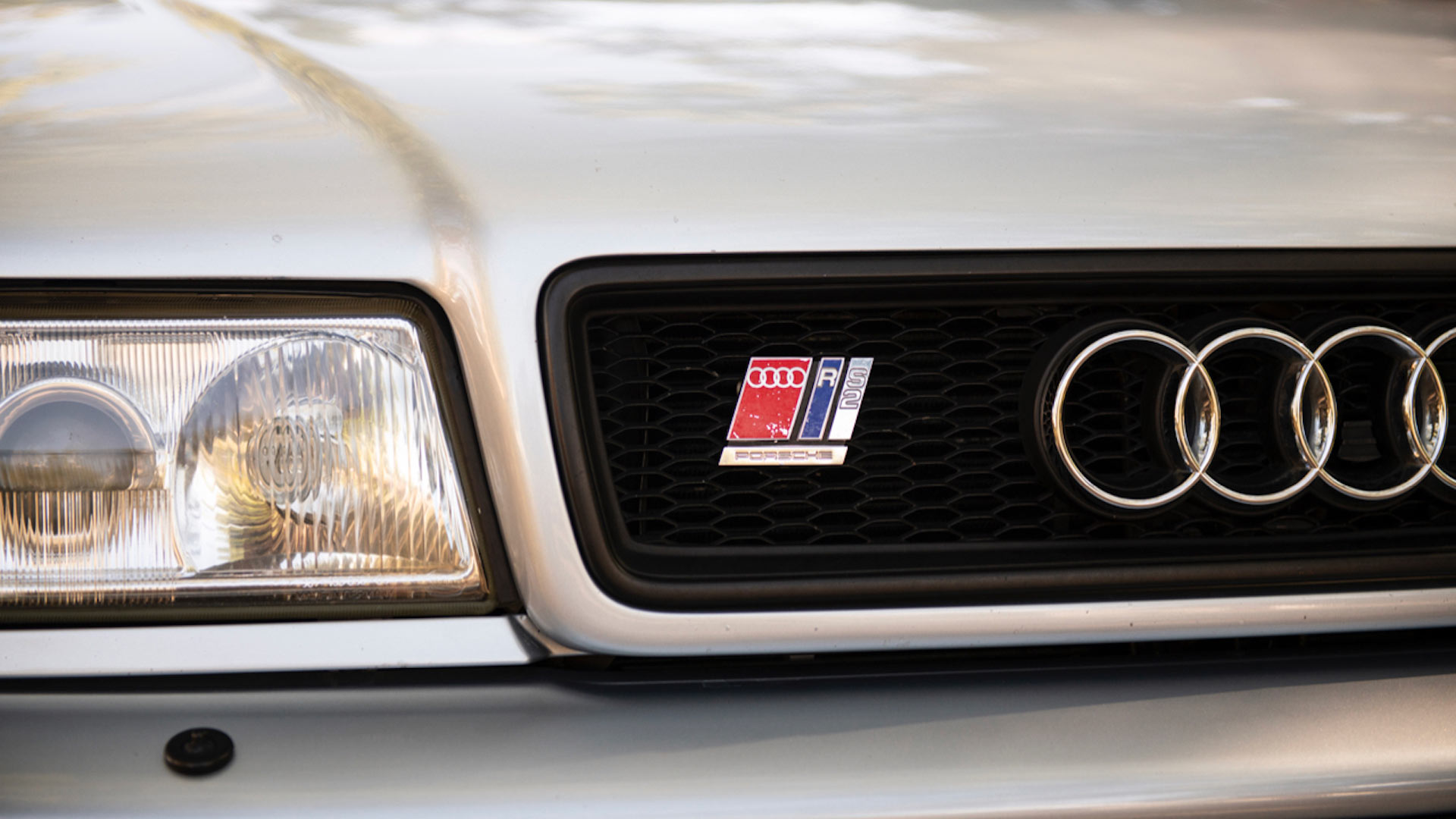 As the first RS-badged car, the RS2 Avant has established a cult following in both Europe and further afield. The relative rarity, and the incredible performance on offer, makes them a prized purchase.

With news of Audi bringing the 2020 RS6 Avant to the USA, interest in classic examples like this RS2 is only likely to increase.

Bidding on Bring a Trailer is open until Wednesday September 4th, with the car already attracting substantial interest from the hundreds of comments on the website.