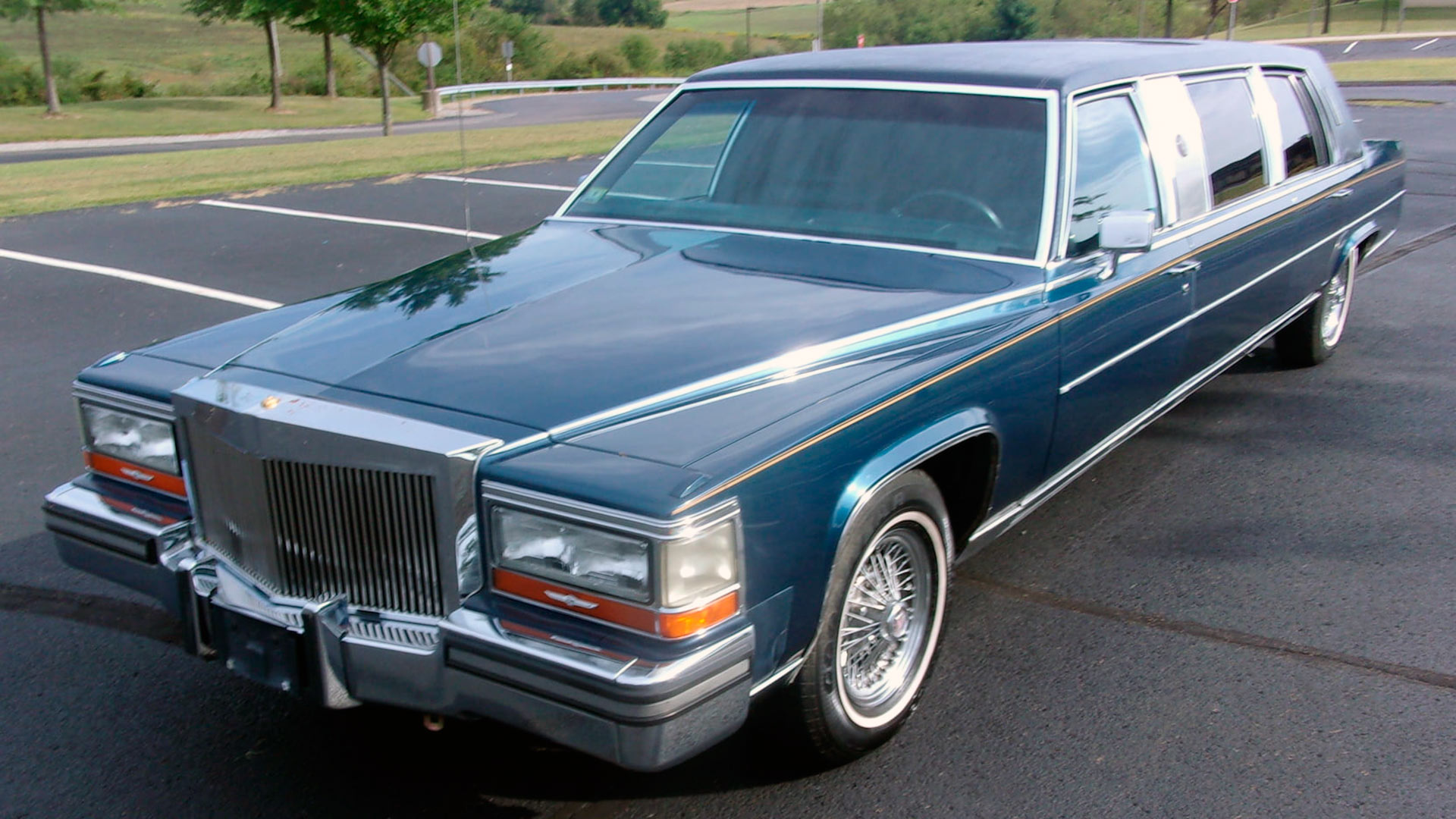 However, Trump’s connection with custom stretched Cadillacs goes back to the 1980s. A partnership with coachbuilders and Cadillac saw a range of custom limos offered.

One of these rare creations is now being listed for auction at the forthcoming Mecum Louisville sale, later this month.

“The point is that you can’t be too greedy” 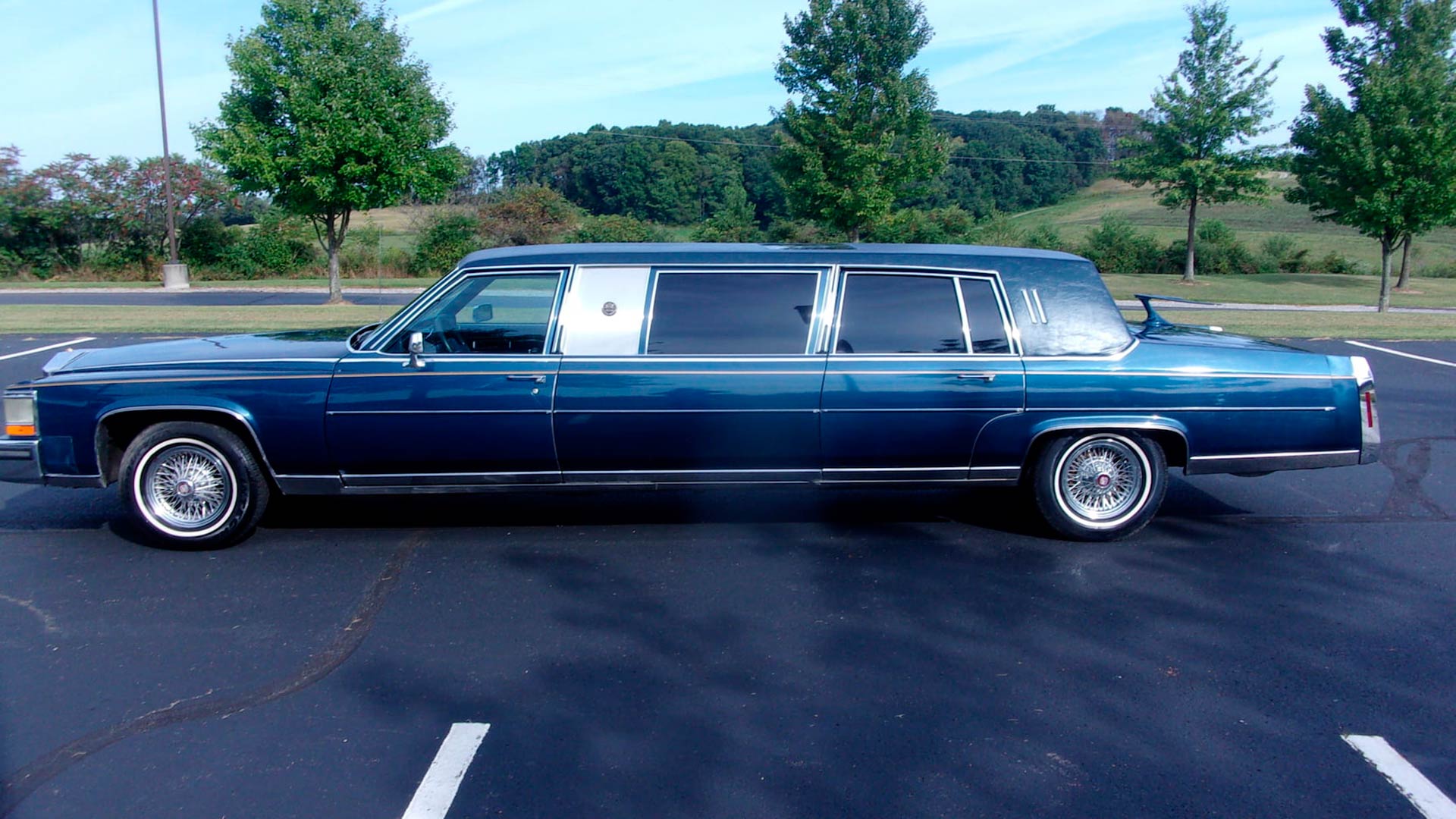 Rewind three decades, and Donald J. Trump was the feted business icon of New York City. His deals were buying up large chunks of prime Manhattan real estate, and his 1987 Art of the Deal book made him a household name.

Trump approached Cadillac with the idea of making the most luxurious limousine ever built. A partnership with Dillinger-Gaines Coachworks was made on the basis of 50 examples being ordered by the President.

Two versions were planned, based upon the Brougham sedan. An entry-level Executive Series was priced from $55,000, whilst the opulent $65,000 Gold Edition would – naturally – include extravagant gold trim throughout. 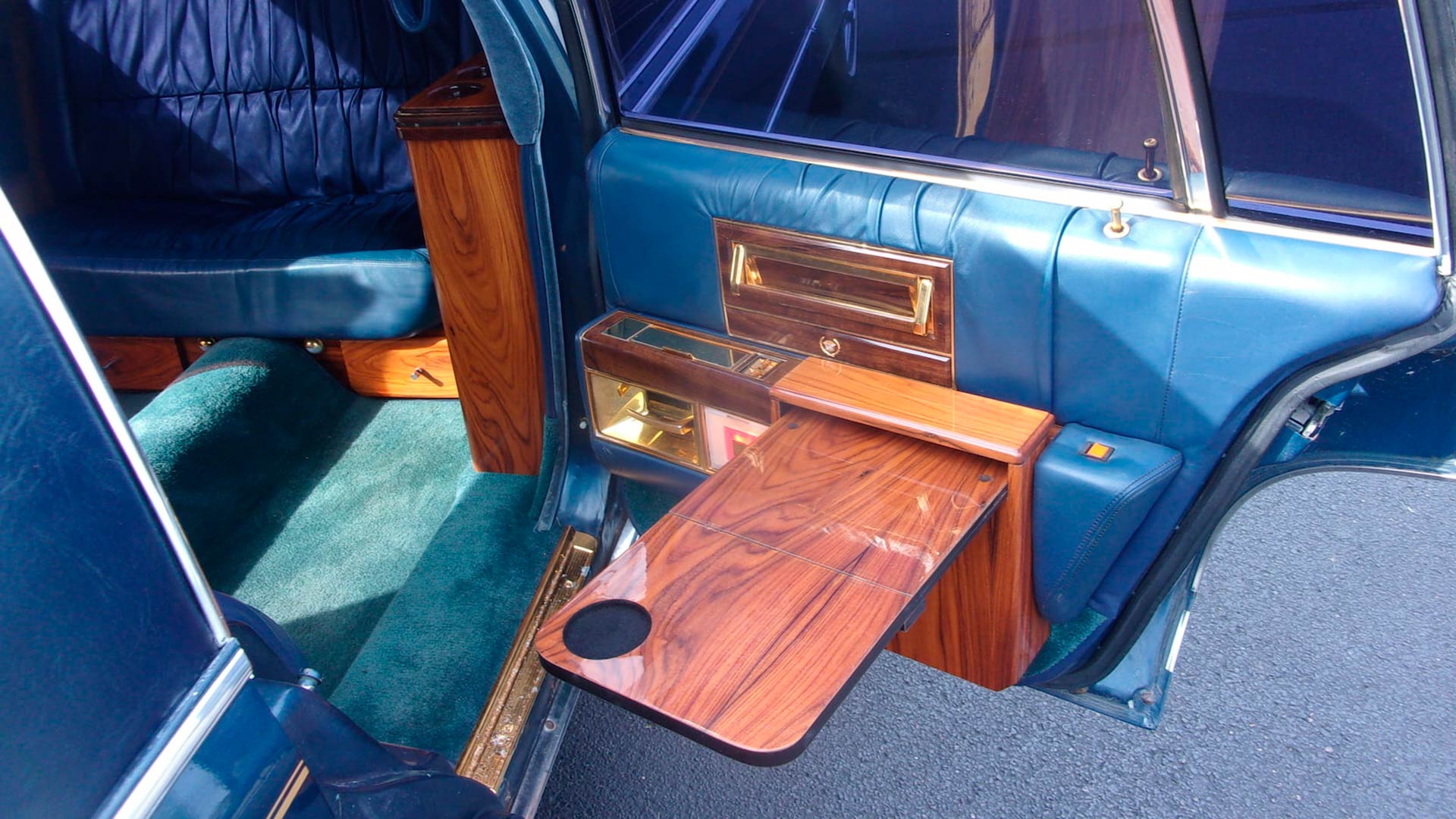 Gold Edition cars received gold pinstriping to the exterior bodywork, along with copious amounts of gold trim for the interior metalwork. Acres of rosewood and leather were also used.

A unique front grille with vertical slats was also added, along with a raised vinyl roof and distinctive brushed metal side pillars.

Inside would be every item that a 1980s business titan would need. This included a TV, VCR, fax machine, and even a paper shredder. Three cellular phones were added, along with writing desks and a built-in safe.

“Sometimes it pays to be a little wild” 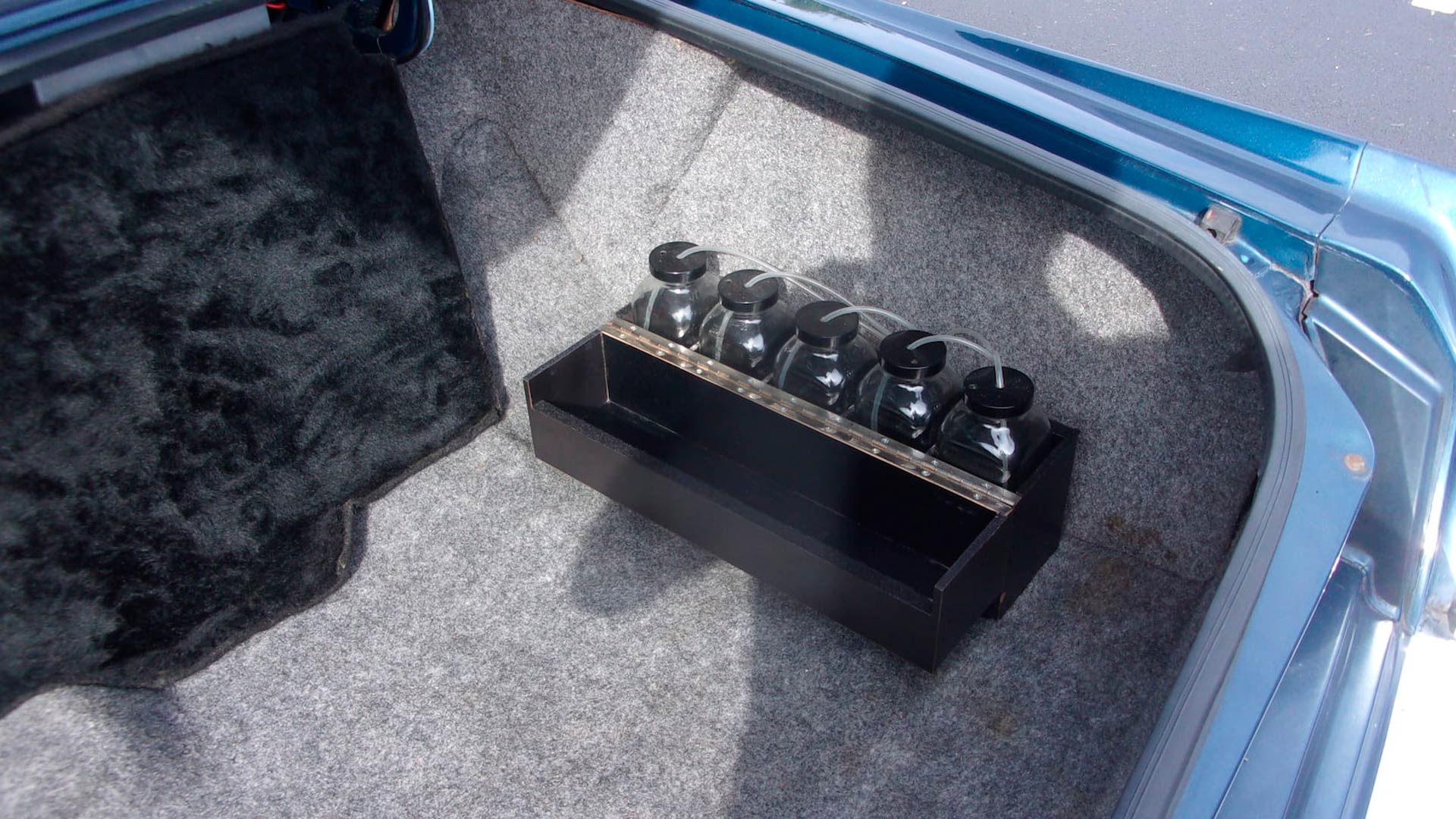 Despite being notably teetotal, the Gold Edition even included a crazy ‘Perm-a-Pub’ bar system. A variety of drinks could be dispensed, with the licquor itself stored in trunk-mounted containers.

After the initial enthusiasm, Trump was said to have pulled back on the order for 50 cars. Instead, he reportedly ordered just one example for himself, whilst the weak financial market did not help demand from others.

The final number of Trump limos made is disputed. Some sources suggest only two were created, whilst even the highest estimates suggest only seven examples were built. 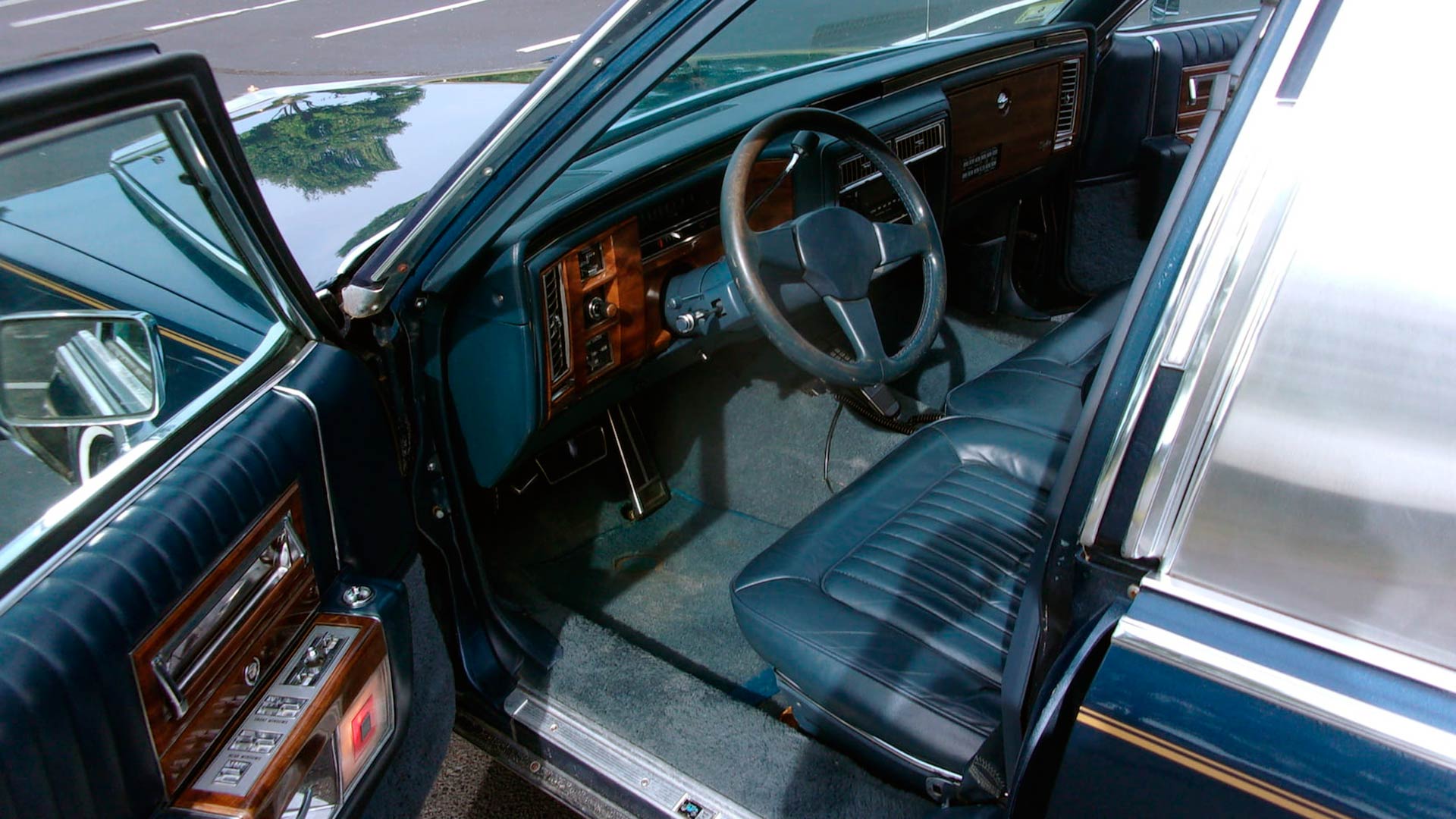 Curiously, the seller appears to have missed photographing many of the major Trump Gold Edition signifiers.  These include the ‘Trump Cadillac’ badging to the chrome B-pillar, and embroidered Trump logo on the rear seats.

The gold Cadillac hood ornament also appears to have vanished, whilst the original Vogue-branded tires with gold pinstripes were replaced after clocking up 14,000 miles.

Mecum Auctions does note that seller has all the paperwork from new, plus relevant brochures and instruction manuals.

As with any car offered at auction, interested bidders should always make their own enquiries and use the opportunity to inspect a vehicle before flashing the cash. 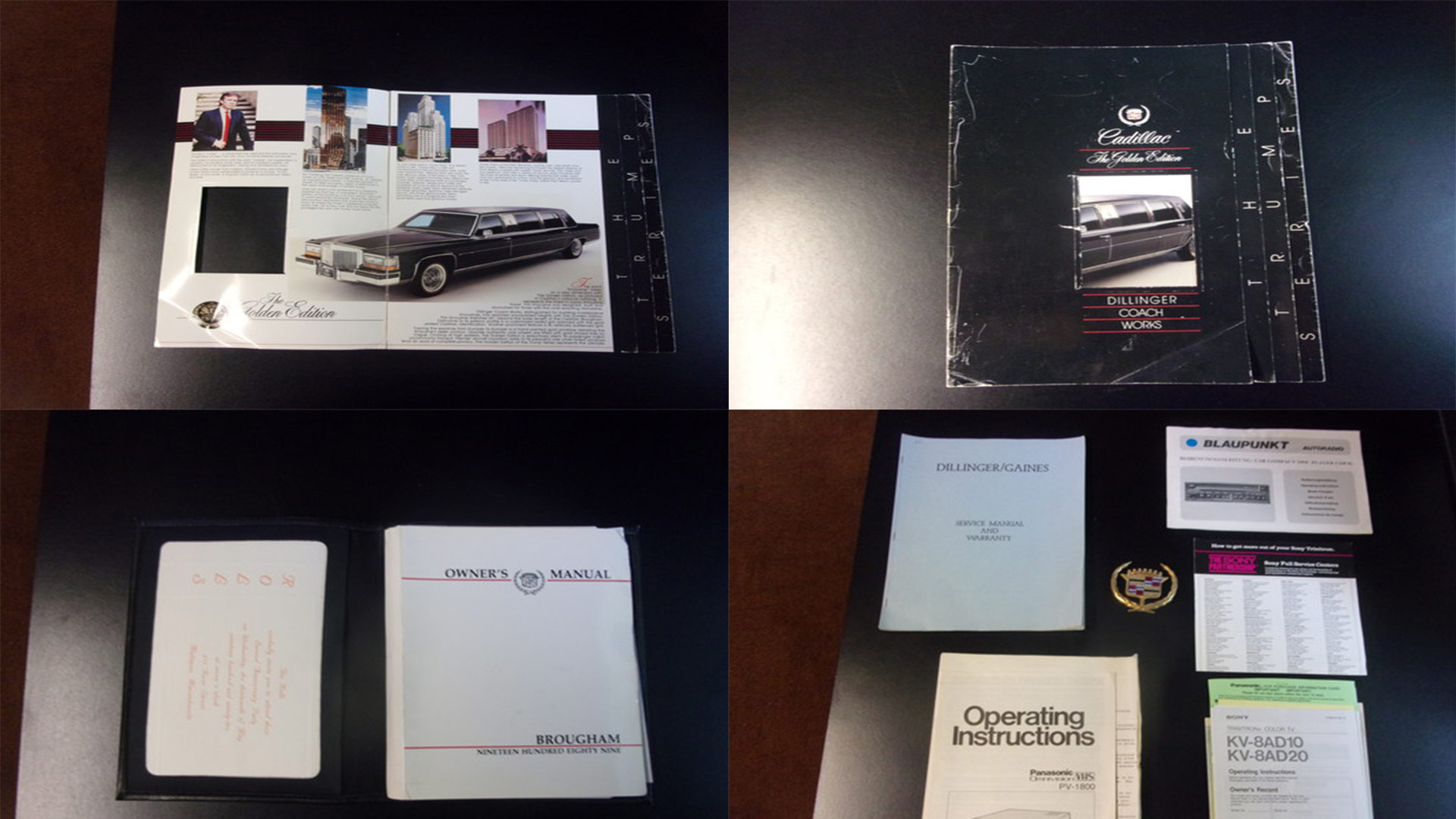 In terms of just how much money will secure this stretch Caddy, a remarkably similar Trump Gold Edition sold at auction earlier this year.

The Barrett-Jackson Northeast 2019 sale saw a blue 1989 Trump Gold Edition achieve only $8,250 including fees, when it crossed the block on June 27th.

Buying a thirty-year-old Cadillac limousine is always likely to be a niche prospect, although a genuine Trump connection could create some degree of collectability. 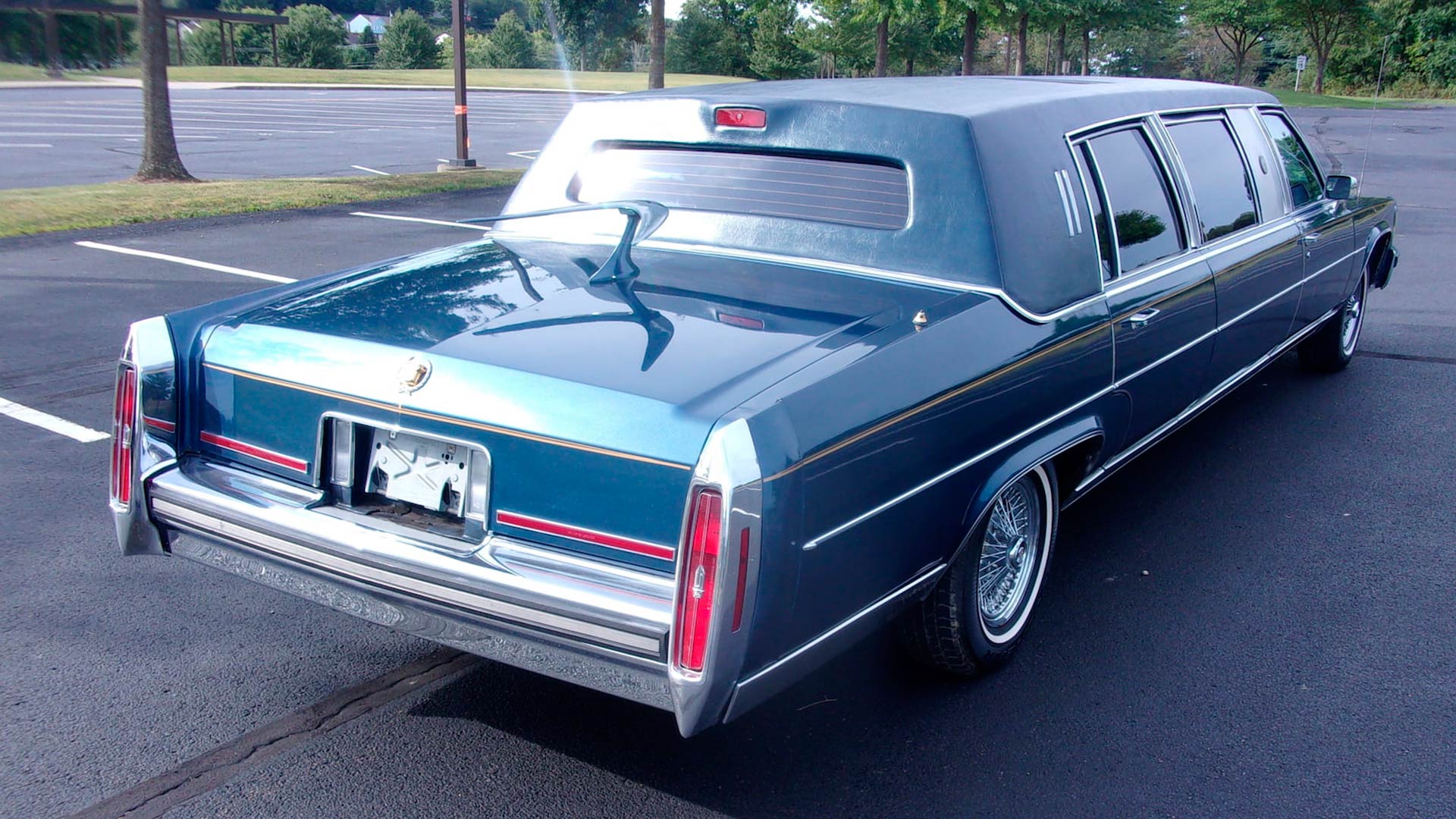 This lengthy Cadillac will cross the block on Friday September 20th at the Mecum Louisville sale. For those wanting something a little less golden, a further 600 cars will also be on sale over the auction weekend.