The Volkswagen T-Roc R combines the style of an SUV with the speed of a hot hatchback. The best of both worlds, then? 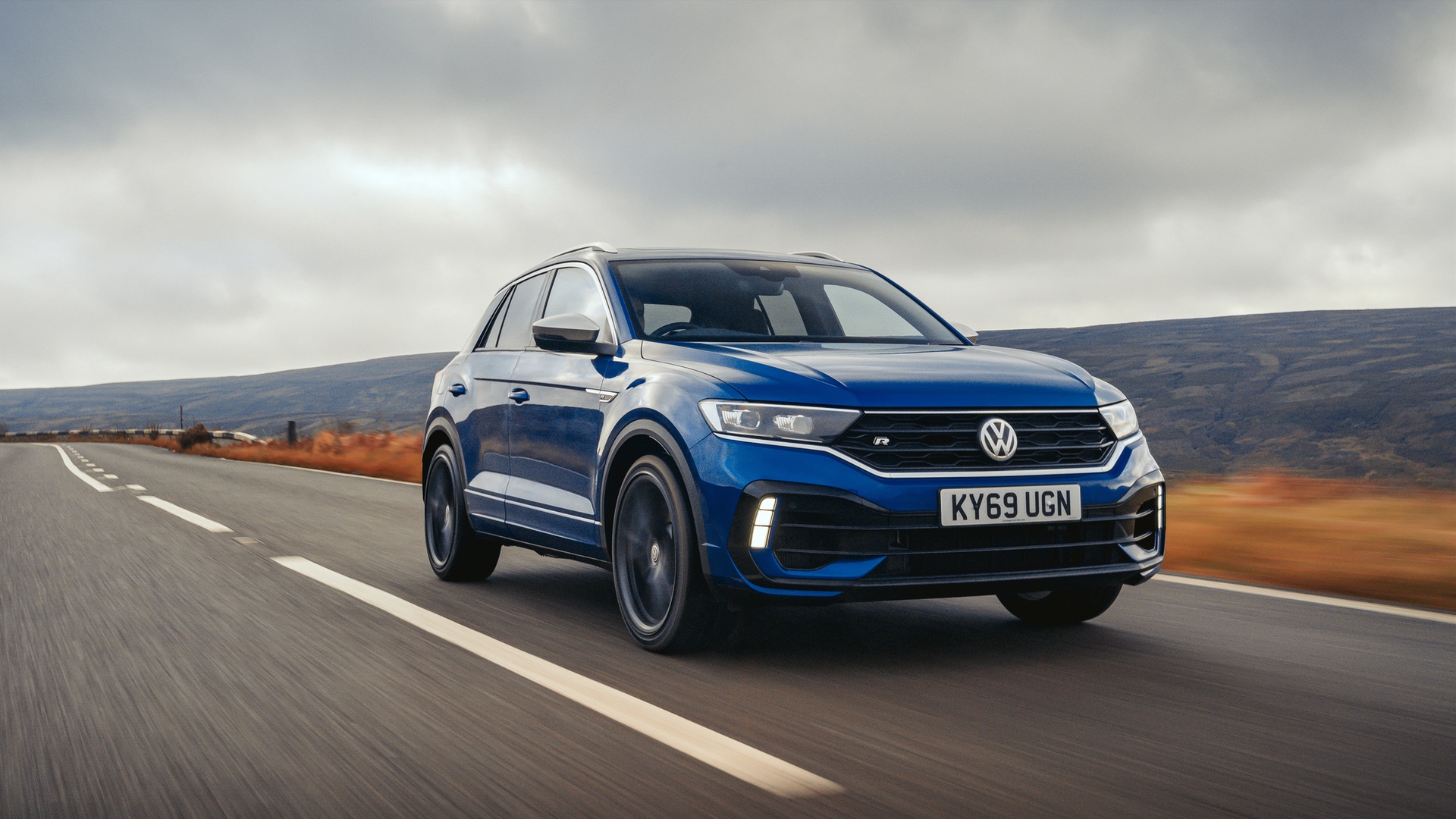 Combine two phenomenons of modern motoring and what do you get? Self-driving cars on smart motorways? Teslas with gigantic front grilles? Fugitive Nissan boss Carlos Ghosn trying his hand at keyless car theft?

None of the above, probably, but the new Volkswagen T-Roc R ticks two boxes. It borrows the best bits from the Golf R and slots them into a small SUV. Result: a fusion of 2020’s definitive hot hatch and most-wanted class of car. Does that make it, well, phenomenal?

I’m a huge fan of the Golf R, and so is the Great British Public. The flagship model accounted for 9.2 percent of the 59,094 Golfs sold here last year, nearly eclipsing the iconic (and £3,000 cheaper) GTI.

Its blend of turbocharged punch and all-wheel traction is nothing new – the Subaru Impreza and Mitsubishi Evo followed a similar formula in the 1990s – but the ‘R’ adds mild manners, modest maintenance bills and hatchback practicality to the mix. It’s the template for fast family cars. 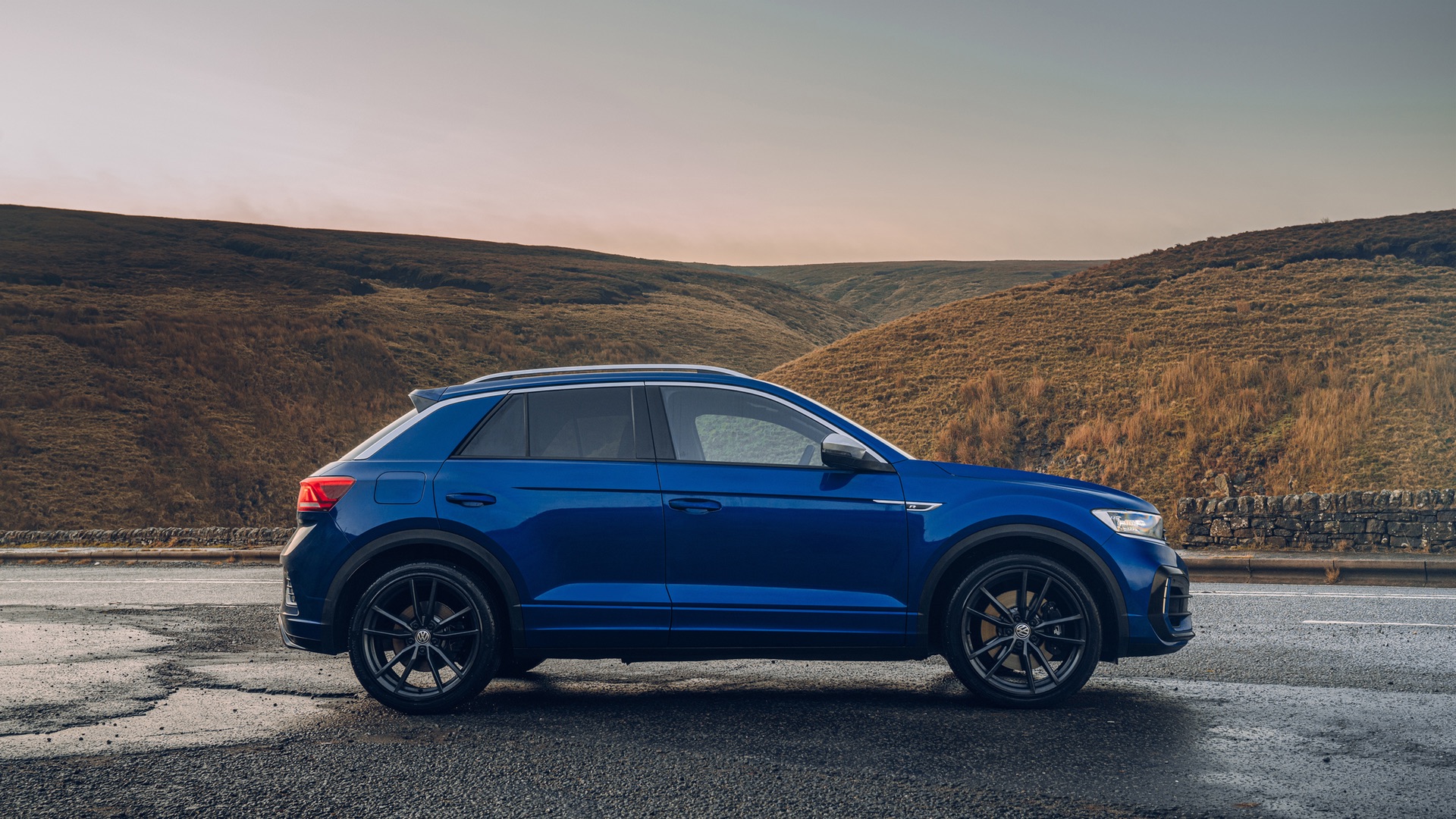 SUVs, particularly more car-like ‘crossovers’, have also become ubiquitous in recent times, accounting for three of the UK’s 10 bestsellers in 2019. Indeed, the T-Roc entered the top 10 some months, shifting 21,803 units in total.

The standard car takes on the worthy-but-dull Nissan Qashqai and Kia Sportage. The ‘R’ shares its much smaller niche with the likes of the BMW X2 M35i and Mini Countryman John Cooper Works.

Use launch control and the VW hits 62mph in 4.8 seconds: level-pegging with the legendary Impreza P1. Top speed is limited to 155mph. 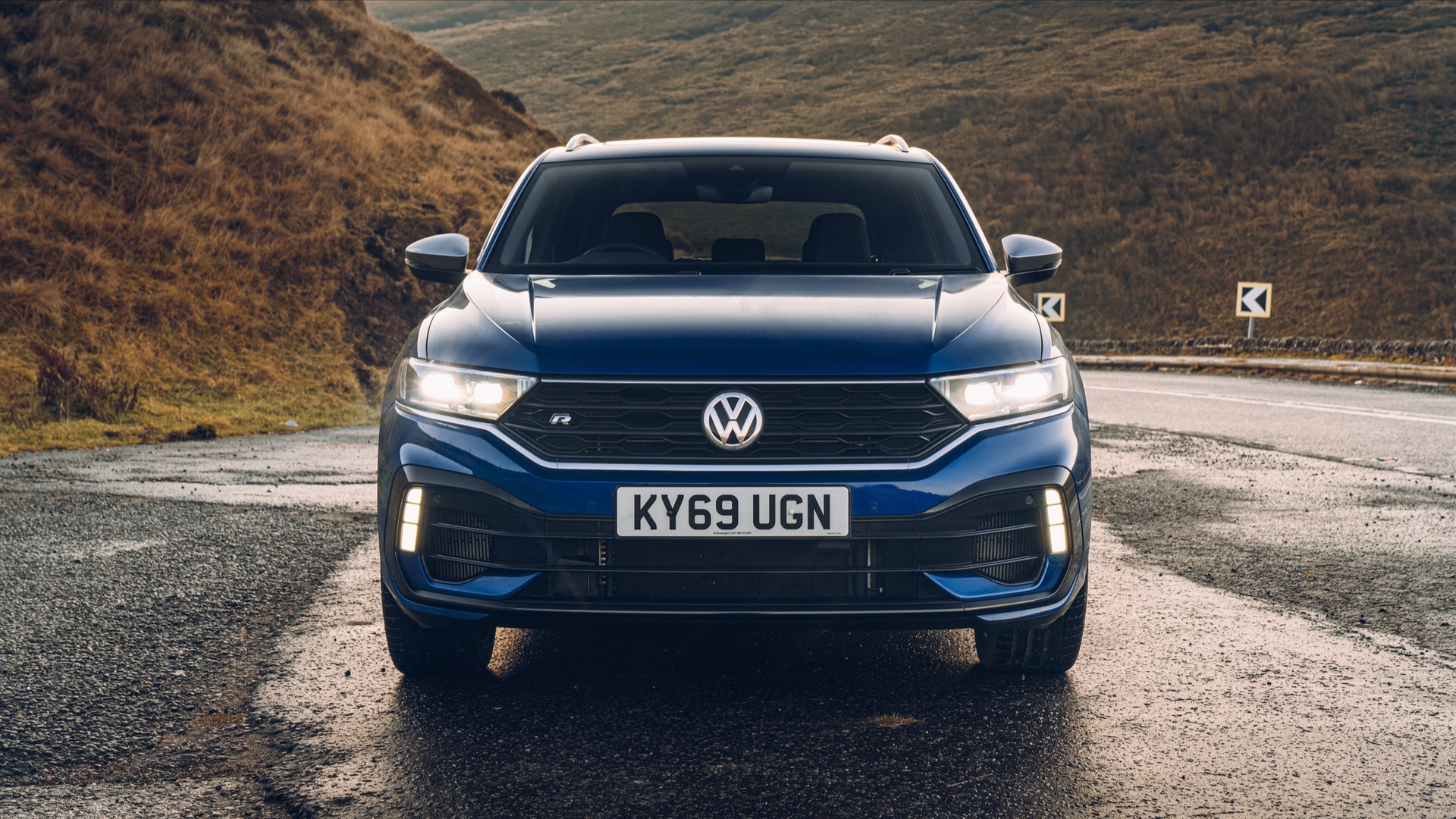 The hot ’Roc looks the part, too. Chunkier bumpers, new side sills and a roof spoiler add visual clout, while its wider wheelarches are filled by spidery 19-inch alloys and beefy ‘Performance Pack’ brakes. Ironically, lowered suspension results in scarcely more ground clearance than a Golf.

Inside, you get sports seats with stitched ‘R’ logos, a leather steering wheel and an eight-inch touchscreen with Apple CarPlay and Android Auto compatibility.

The Golf R’s cross-country pace makes it a favourite of the criminal fraternity (“It’s the current getaway car of choice,” says my Met police friend), and the T-Roc offers that same easily exploited speed. Select Race mode and the whole car tenses: gearshifts are super-sharp and the chassis is fiercely resistant to roll.

The quad tailpipes also deliver some pop-bang drama, more so if you specify the £3,000 Akrapovic titanium exhaust system.

Unlike some of its ilk, the VW is genuinely fun to drive. Plentiful torque and slingshot traction are teamed with huge reserves of cornering grip. Its progressive steering – part of the £695 Dynamic Chassis Control pack – is nicely weighted and the four-cylinder engine thrives on revs.

On a winding B-road, the T-Roc slingshots between bends with pin-point control. It feels more Scalextric racer than SUV.

A couple of caveats 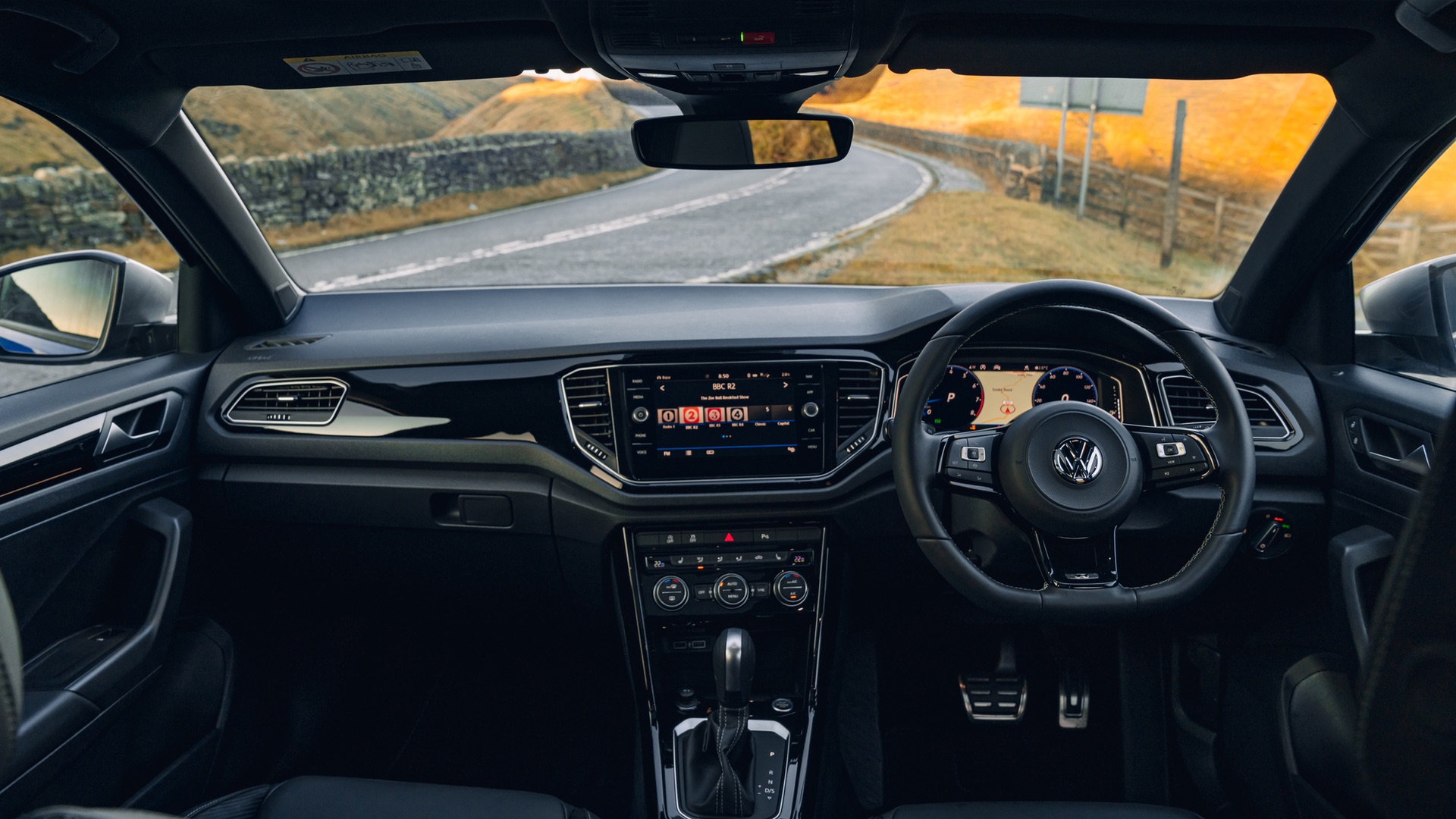 My test T-Roc tipped the scales at £42,104, even without that wildly expensive Akrapovic exhaust.

Then there’s the Golf R. Yes, I keep mentioning it. And no, you can’t buy one at the moment (the new Mk8 version arrives soon). But styling aside – and even that is subjective – I can’t make a case for the T-Roc over its sibling. Even their boot capacities are nigh-on identical.

Perhaps the best advice is to wait for the Golf R estate, a car that should offer equal pace with more space. It’s due in 2021.

The 10 fastest hot hatches around the Nurburgring

Opinion: should carmakers have done more to prevent a Brexit?