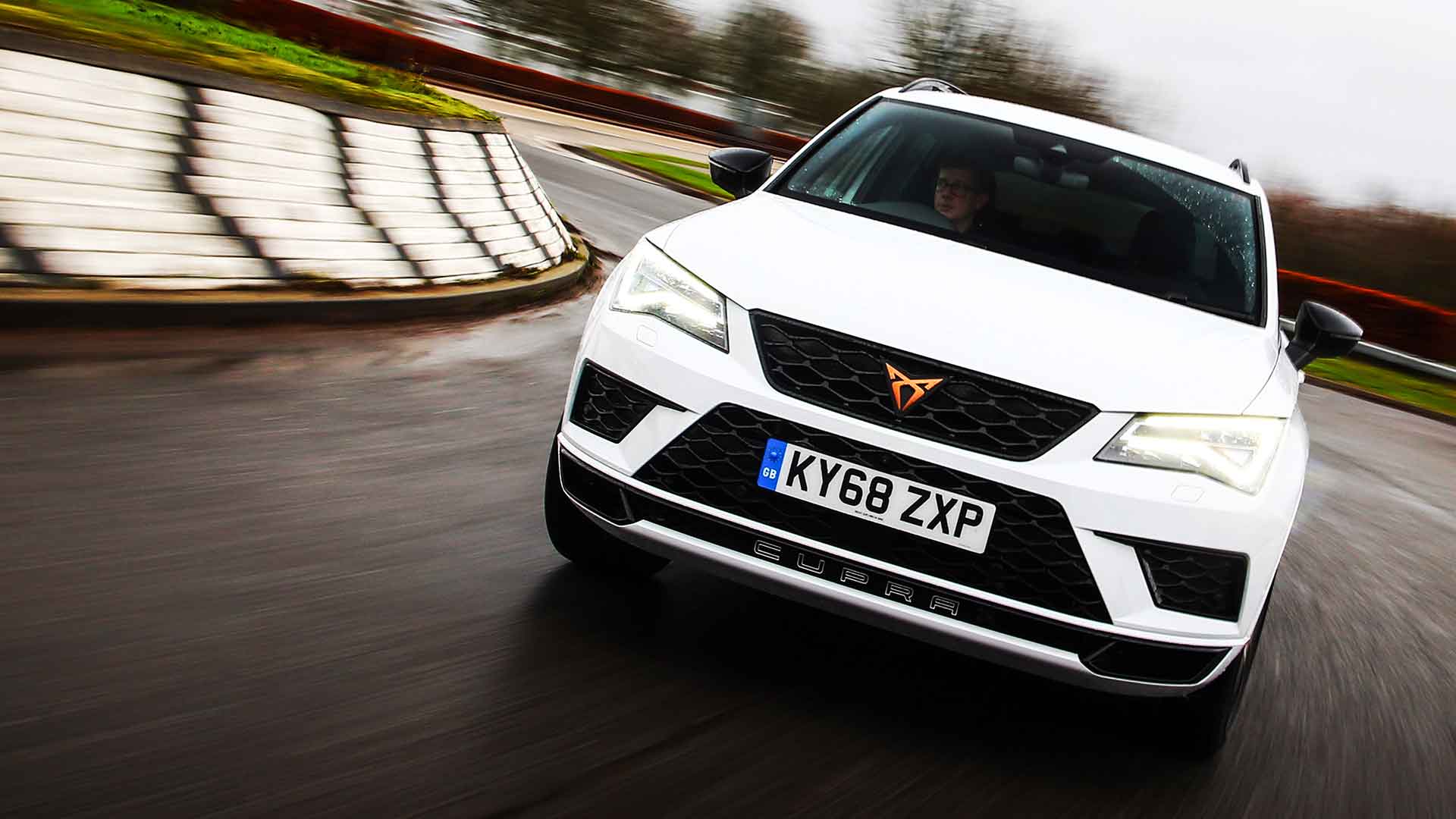 Seat has always felt like a square peg: a car company unsure of what it wants to be. Within the Volkswagen Group’s sprawling portfolio of brands, Skoda stands for value, VW represents the mainstream and Audi is premium. Seat, meanwhile, defies such straightforward categorisation: notionally sporty (‘the Spanish Alfa Romeo’), but frequently rather staid and sensible.

That’s where Cupra comes in. The badge has been affixed to Seat hot hatches since 1997, and boasts a proven pedigree in rallying and BTCC. Now it’s become a standalone sub-brand (think what Abarth is to Fiat) and the first fruit of this separation is the 300hp, 153mph Cupra Ateca.

Launching a performance-oriented marque with an SUV seems an odd move. After all, Cupras have traditionally been harder, faster alternatives to the Polo GTI or Golf GTI. However, Cupra the prefix is, we’re told, a different proposition to Cupra the suffix. Seat UK MD Richard Harrington stresses its “uniqueness and sophistication” – thus a family-sized 4×4 apparently fits the bill. 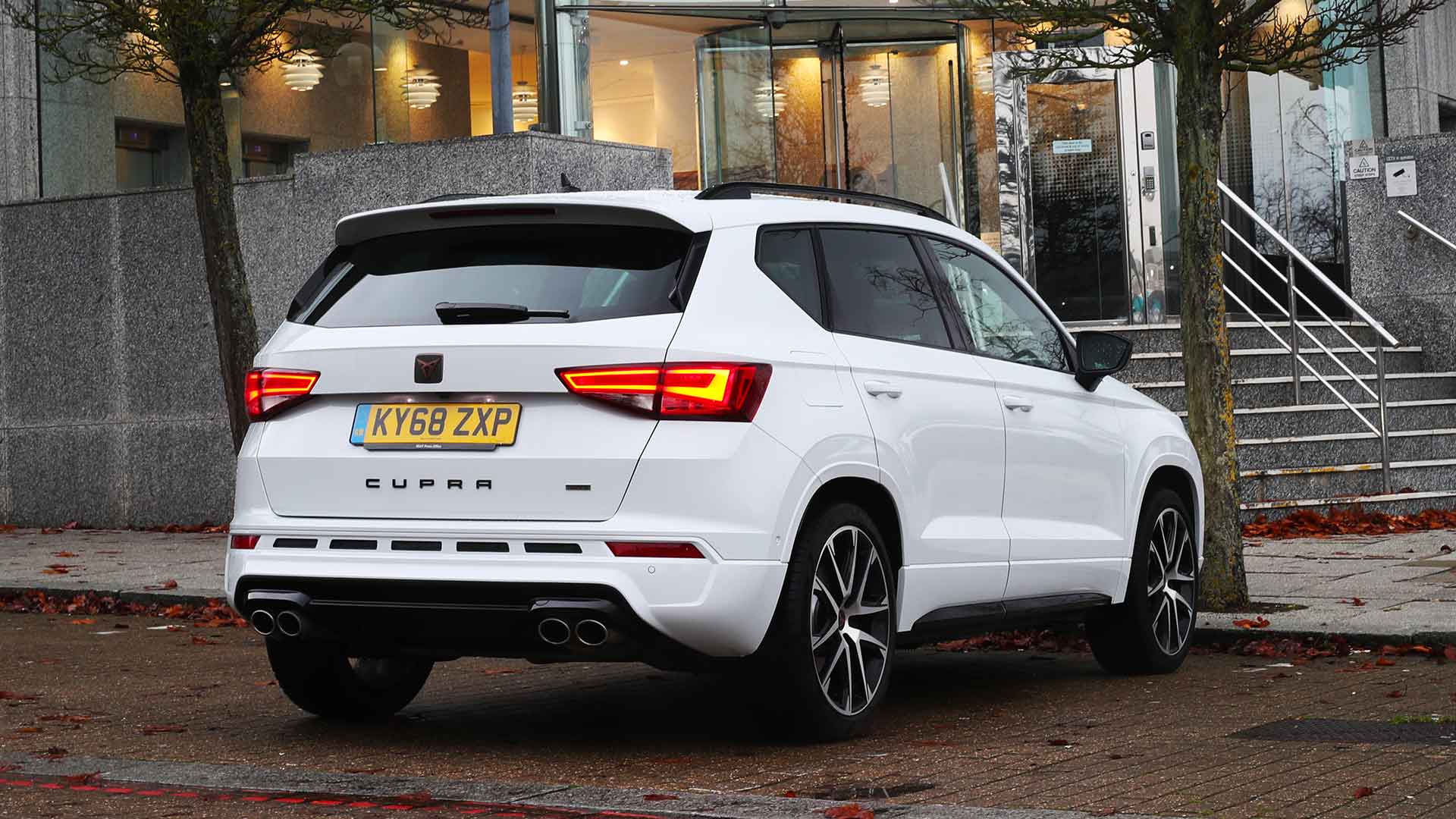 Cynical badge engineering or the start of something special? I spent three weeks with a Cupra Ateca to find out.

The first thing you notice is that Transformers-style bronze logo. It’s supposed to resemble a tribal tattoo, reflecting the idea of Cupra owners as bit ‘alternative’. The sort of tattooed, 40-something rebels who’d shun a standard SUV, perhaps.

Running this Cupra Ateca (don’t call it a Seat) for the next few weeks.

You’ll spot added visual muscle, too. The Ateca’s front bumper is peppered with air intakes and its new rear diffuser encloses four beefy tailpipes. A spoiler is perched atop the tailgate and 19-inch alloys (also available in copper-effect) sit within the squared-off wheelarches. The overall effect is sporty, yet still relatively subtle. 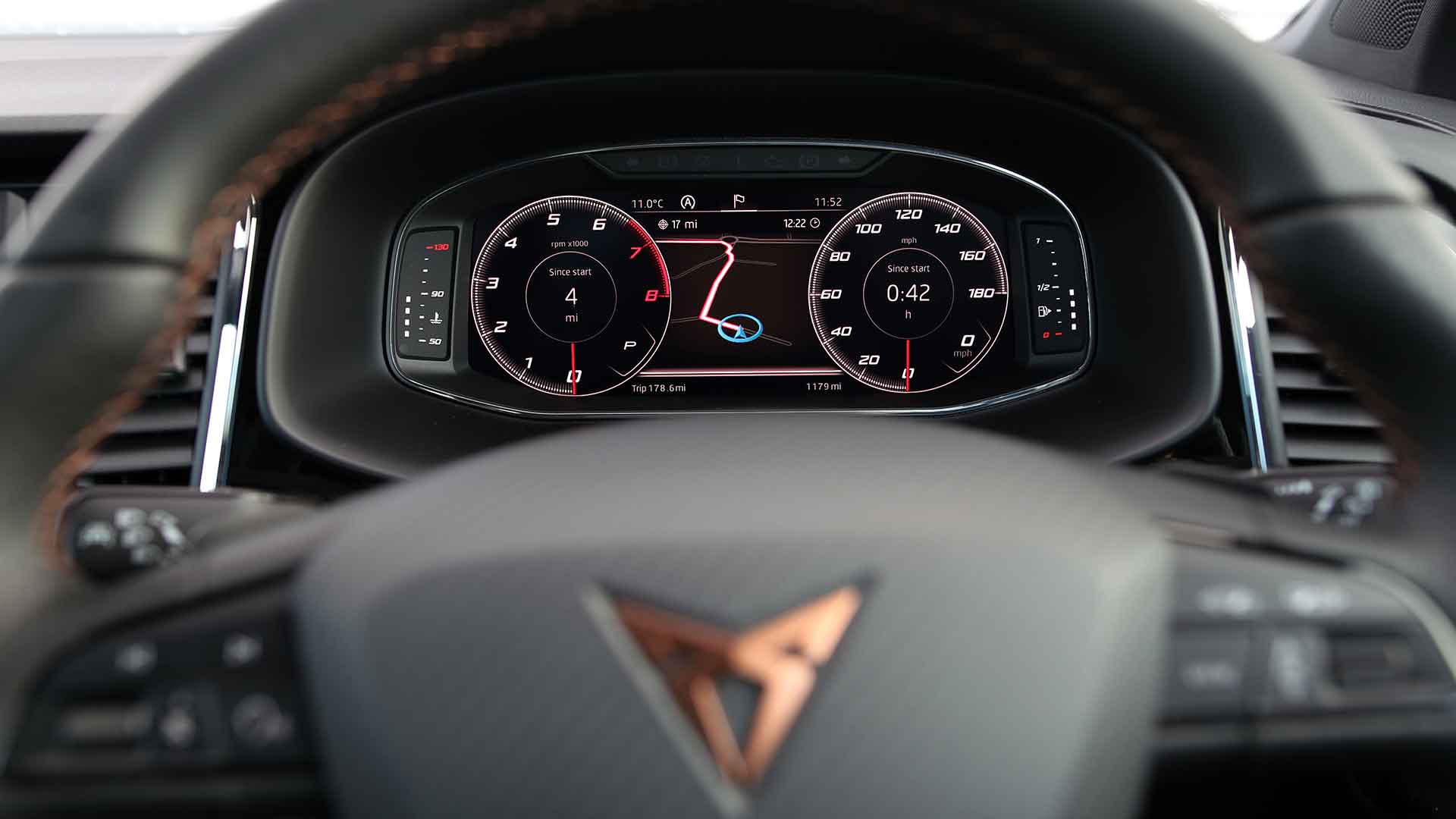 Yet while SUVs such as the Macan, BMW X3M and forthcoming Audi SQ2 rival the Cupra for pace, they don’t in terms of price. At £35,900, the Ateca exists in a curious sector of its own, beneath the bombastic Germans but above everyday SUV fodder such as the Kia Sportage, Peugeot 3008 and, well, Seat Ateca.

In theory that makes the Cupra the best car in its class. But as the standard-bearer for a new brand, it also needs to be a great car full-stop.

Inside the Cupra Ateca

Inside, the Cupra feels more special than its Seat sister. The seats are hip-hugging buckets, trimmed in Alcantara, while the analogue instruments are swapped for a configurable digital display. Select the navigation map between the dials around town, then – when you’re ‘on it’ – blank out everything except the oversized rev-counter. 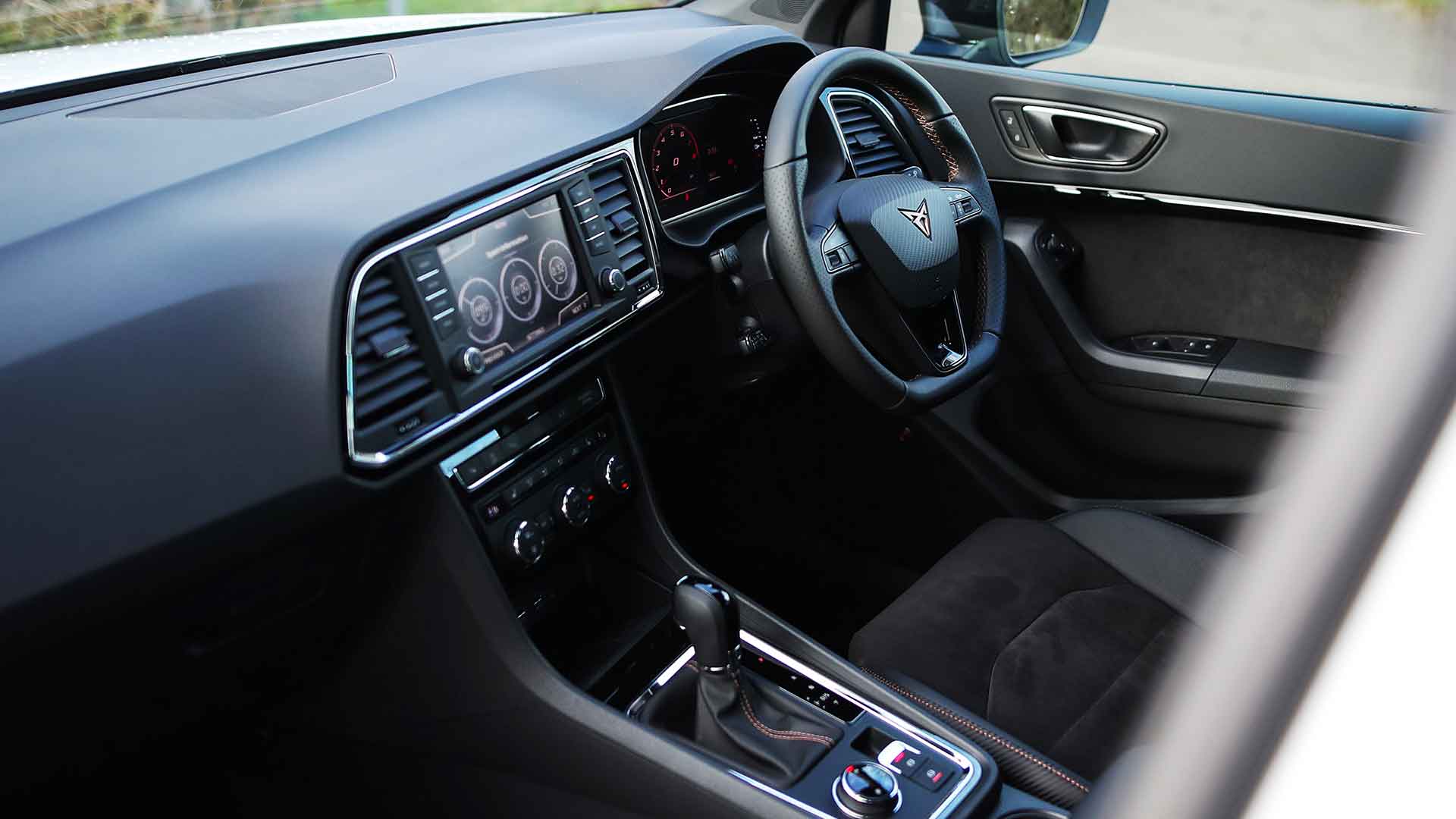 A dial behind the gear lever offers a choice of six driving modes: Comfort, Sport, Cupra, Individual, Snow and Off-Road. Both Sport and Cupra stiffen the standard-fit adaptive dampers, sharpen throttle response and make the seven-speed ’box hold onto gears for longer.

One thing identical to the original Seat is the amount of interior space. The Cupra fits a family of five in comfort, and its 485-litre boot swallows enough luggage for a week away – not something you could say for a typical hot hatch.

Cupra Ateca: on the road

There’s no doubting the Cupra’s straight-line speed, but its composed chassis also means serious point-to-point pace. The taut suspension reins in body-roll, while four-wheel-drive traction helps it blast out of bends. 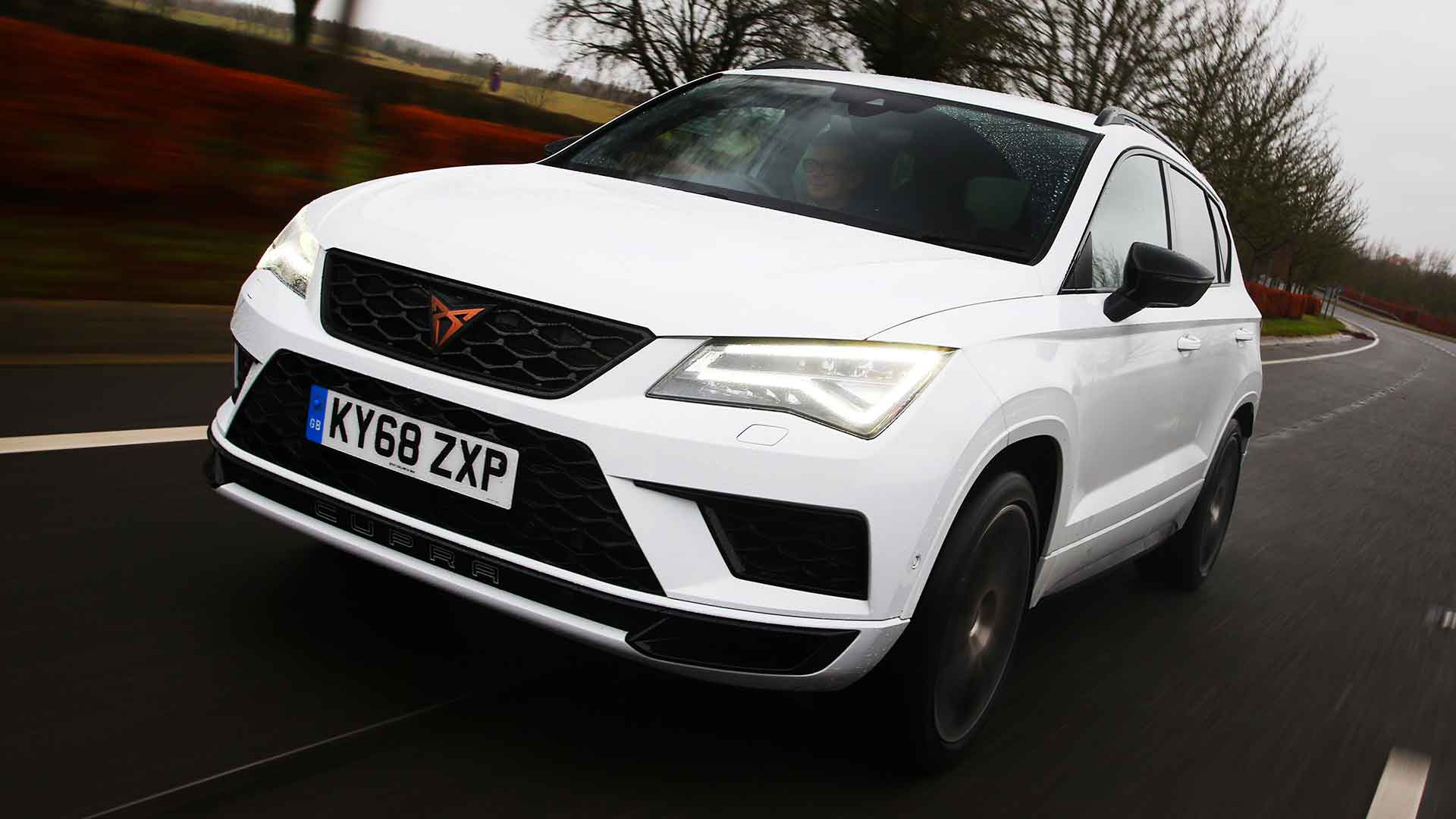 The steering is pointy and direct, if hardly overflowing with feedback, and the DSG gearbox rarely finds itself in the wrong ratio. The growly turbocharged engine is always on-boost and eager, too.

Switching into one of the sportier modes amplifies this experience. The downside is a deterioration in ride quality; I found Cupra mode a little harsh for Surrey’s broken B-roads, usually settling on Sport as a best-of-both-worlds compromise.

Despite borrowing the car in the depths of winter, I never needed Snow or Off-Road modes, but the Ateca’s slimline 40-profile tyres would, frankly, be hopeless on rough terrain. 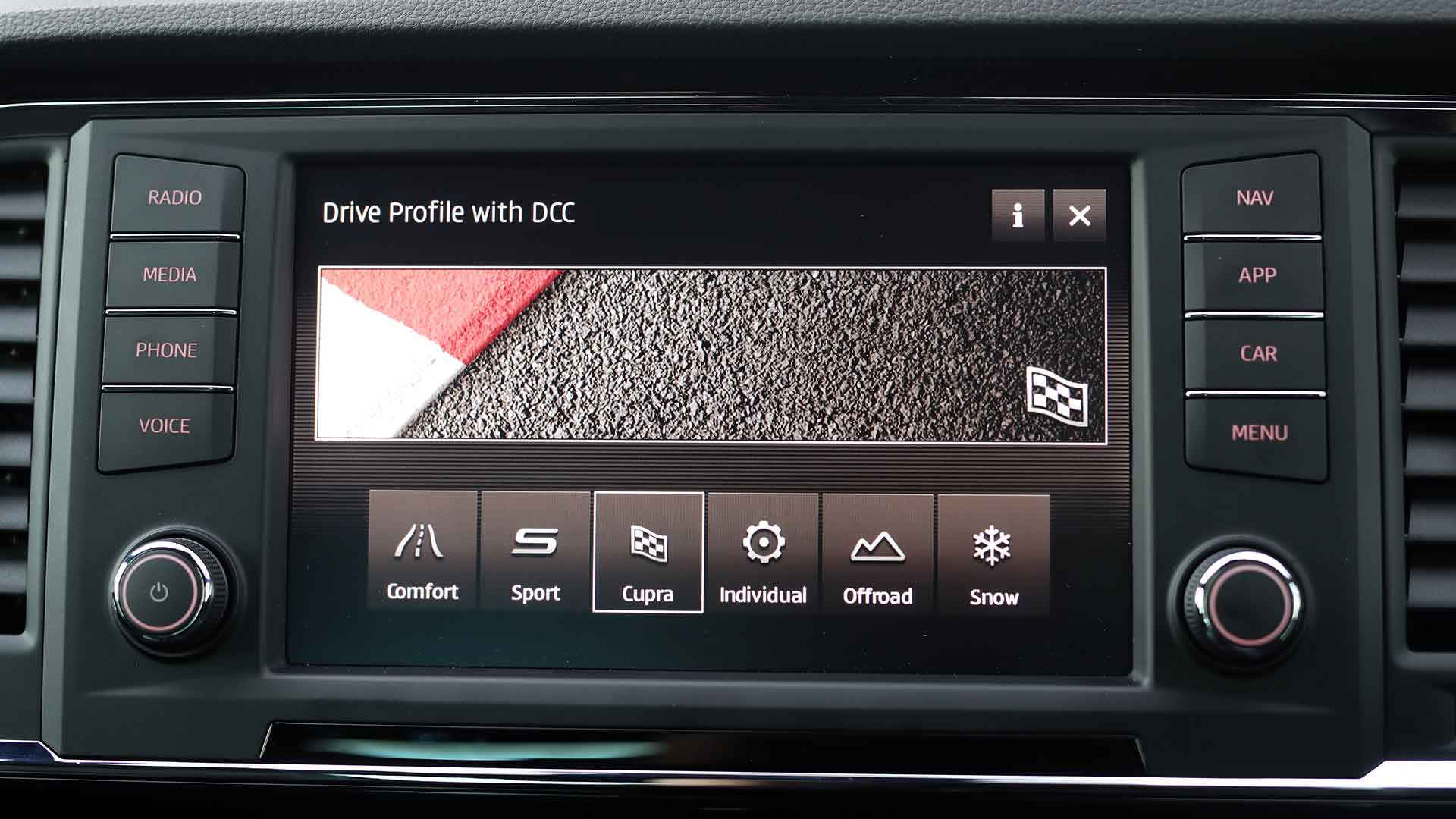 Overall, the Cupra can’t match the measured composure of a Macan – there’s a point-and-squirt scrappiness to how it flows along a road – but it’s engaging and exciting. Try hard enough and you’ll even hear the exhausts popping on the over-run.

The rest of the time, though, this is just an easygoing 4×4: a car that ticks the requisite boxes for family life. Light steering and sensible dimensions make it straightforward to park, and official fuel economy of 38.2mpg (168g/km CO2) is achievable with a light right foot.

The Cupra Ateca has much to commend it. It’s a mid-size SUV well suited to the school run and, when conditions allow, a high-riding hot hatch with a surprising turn of speed. 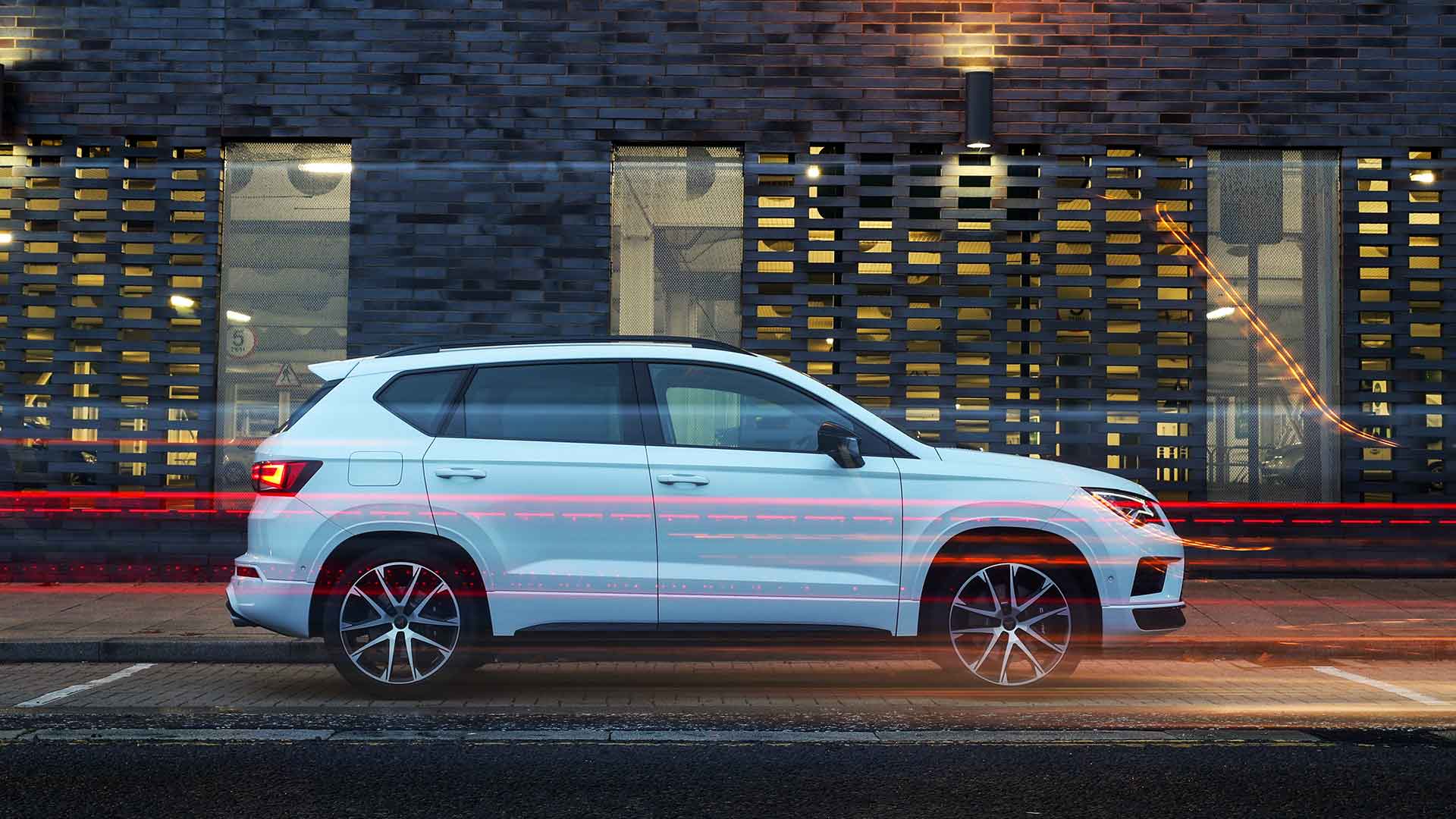 A leader in a class of one, then? Well, yes and no. It’s true that premium alternatives cost upwards of £15,000 more, especially after you take options into account. But fast estate cars, not least the Seat Leon ST Cupra 300 4Drive and VW Golf R Estate, are similarly priced (£33,260 and £37,485 respectively), equally practical and better to drive. It depends how much you want the elevated driving position and status of an SUV.

As for the Cupra brand, there’s still a long way to go. Convincing buyers this isn’t simply a hotted-up Seat won’t be easy. However, if anyone can build a brand, it’s the Volkswagen Group. It transformed Audi from also-ran to premium powerhouse, and Skoda from the butt of a hundred jokes to the budget benchmark. Perhaps it’s Cupra, rather than Seat, that will become ‘the Spanish Alfa Romeo’ after all.