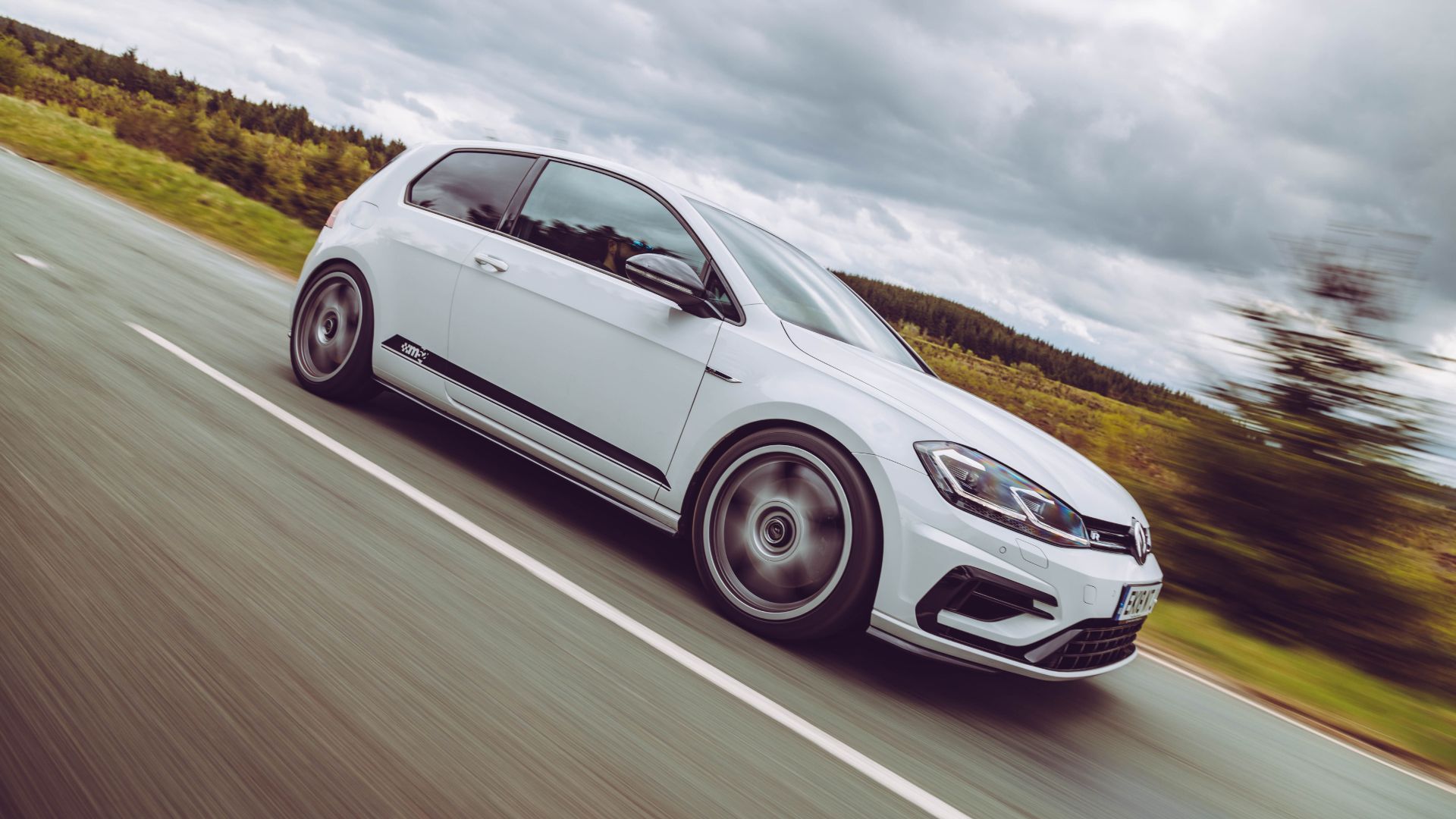 Very soon, the eighth-generation Volkswagen Golf will be revealed to the world. So we thought it prudent to give the outgoing model a suitable send-off.

Tuning company Mountune, under the M52 banner, has modified the Golf R hot hatch, to potentially create the best of the Mk7 breed. We visited its base of operations in Essex to learn more.

What is Mountune M52? 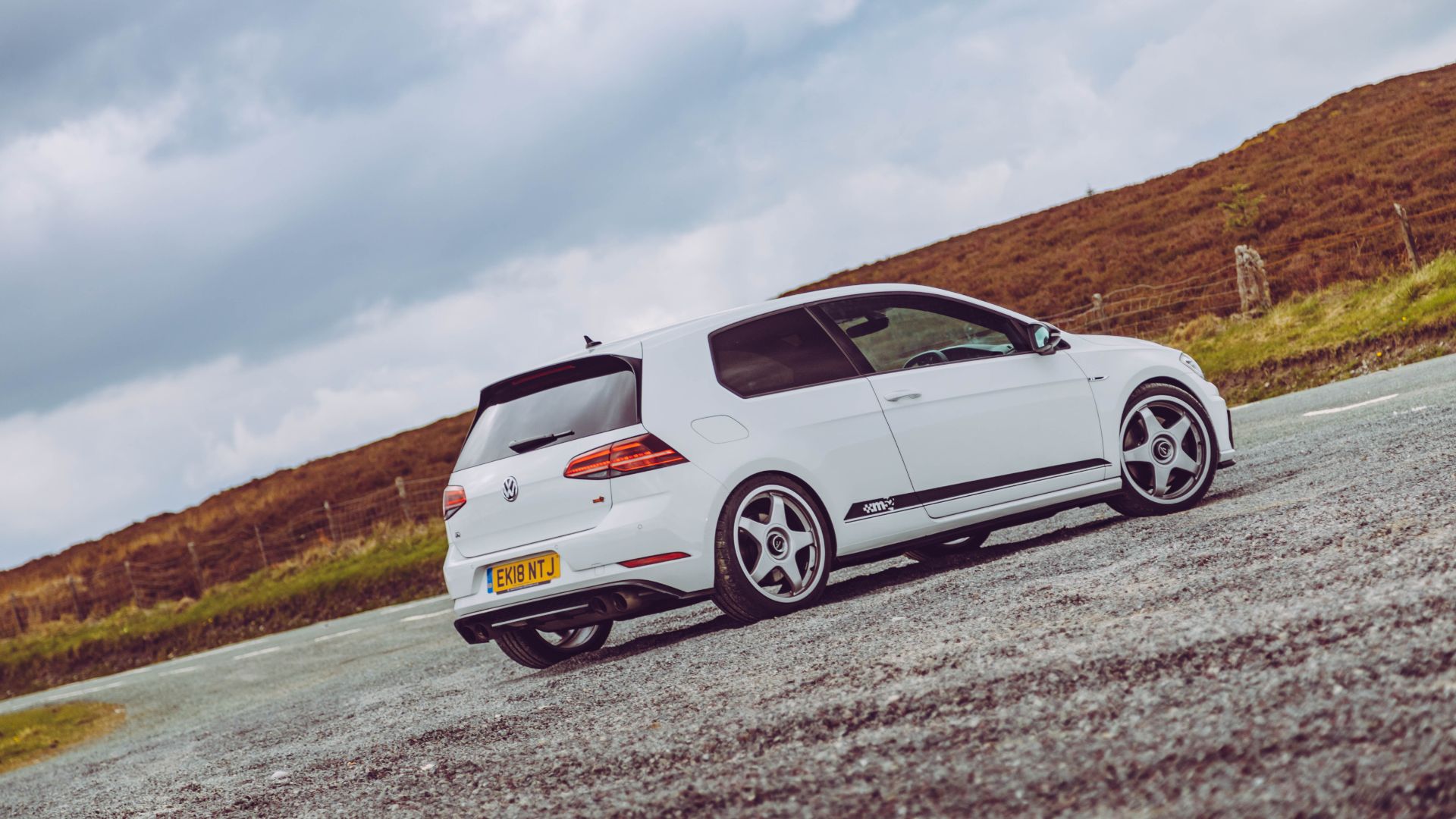 It’s a brave new world for Mountune, as the company branches out from its usual Ford fare into Volkswagens, with the help of alloy wheel brand Fifteen52.

The goal is doing for hot Volkswagens, such as the Golf R and GTI, what Mountune does for fast Fords. 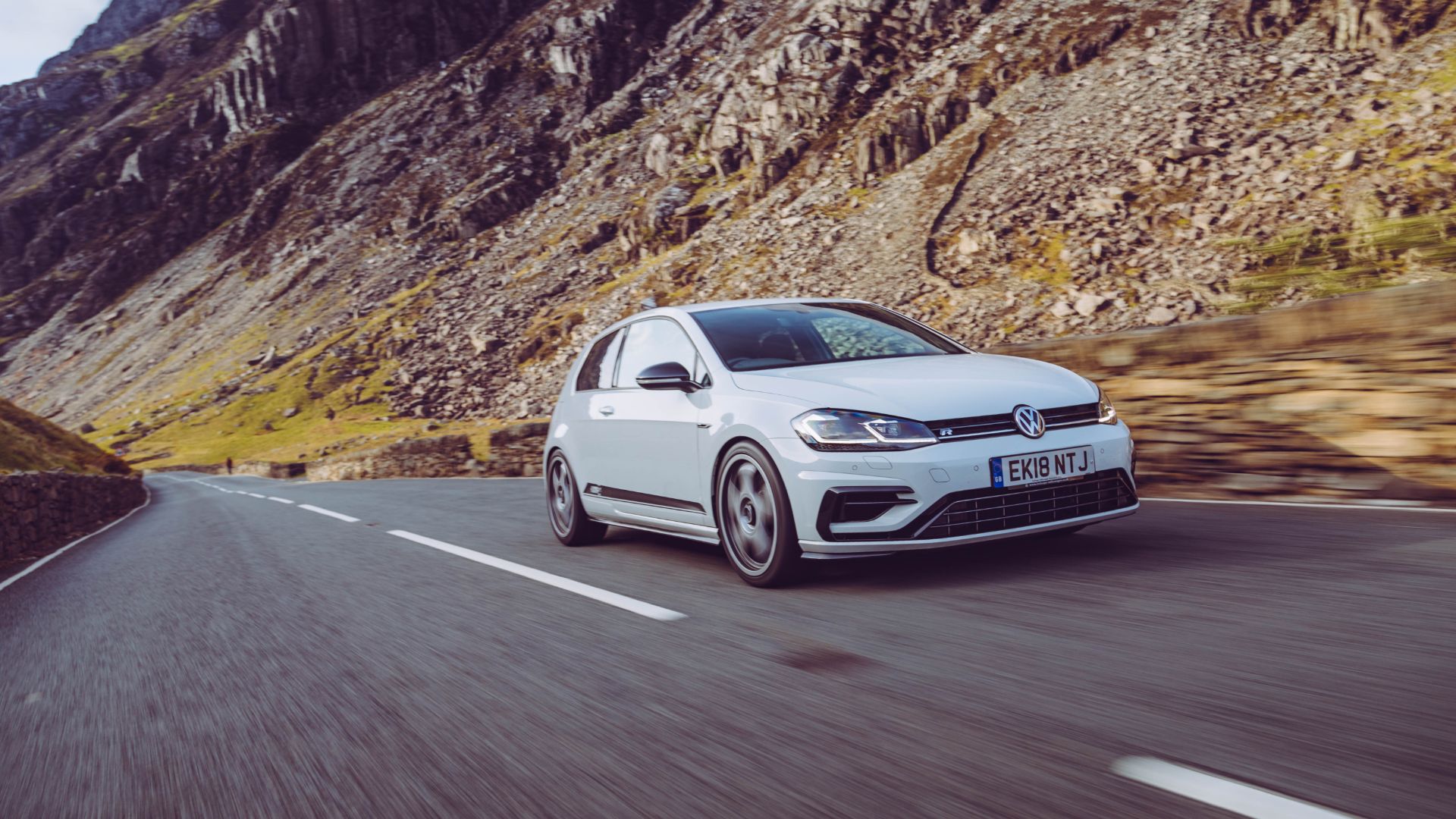 For now, the Golf R only has a ‘stage one’ power upgrade, which uses software to boost power to 360hp. The car we drove also had a CFD-flowed X3 induction system, M52 sport suspension kit, upgraded brakes, Fifteen52 wheels and special ‘Clubsport’ metal shift paddles.

The Golf R was arguably a class-leader, so M52 had its work cut out to improve an already superb car. It certainly looks the part. The new wheels sit perfectly in the Golf’s arches, lending a newly aggressive stance. The badging is subtle, although the decal won’t be to all tastes.

You notice the new M52 Clubsport paddles instantly as you step inside, followed by the M52 floor mats. 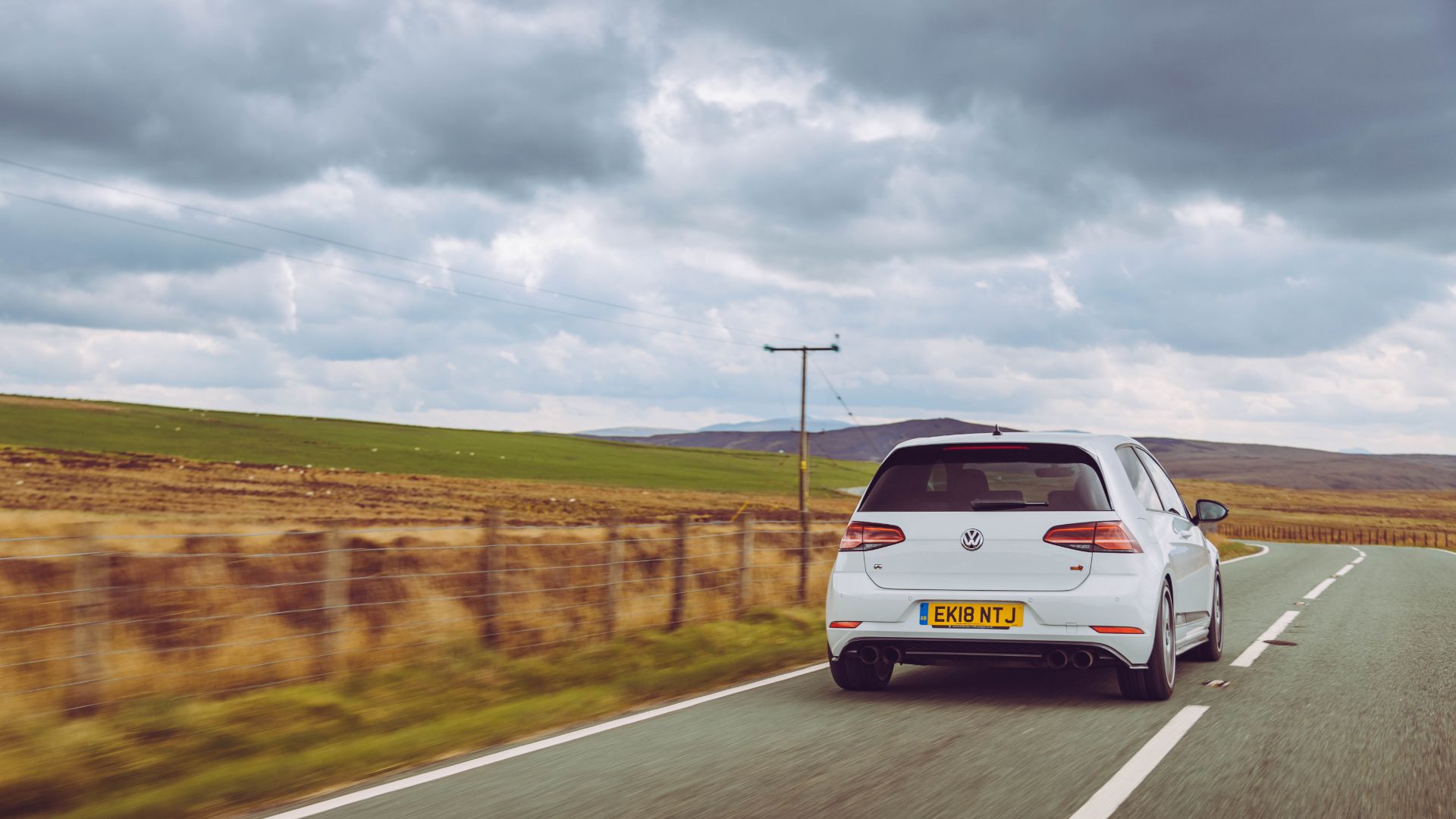 With power bolstered by 50hp, the ‘EA888’ engine has a punchier edge. It feels more boosty, more old-school and more of a hot rod.

There’s even some fantastically gratuitous turbo whoosh, as if you’re hustling a rally car, rather than a grocery-getter. The added intensity is a welcome addition, given the standard R, talented as it is, can feel a bit too ordinary. 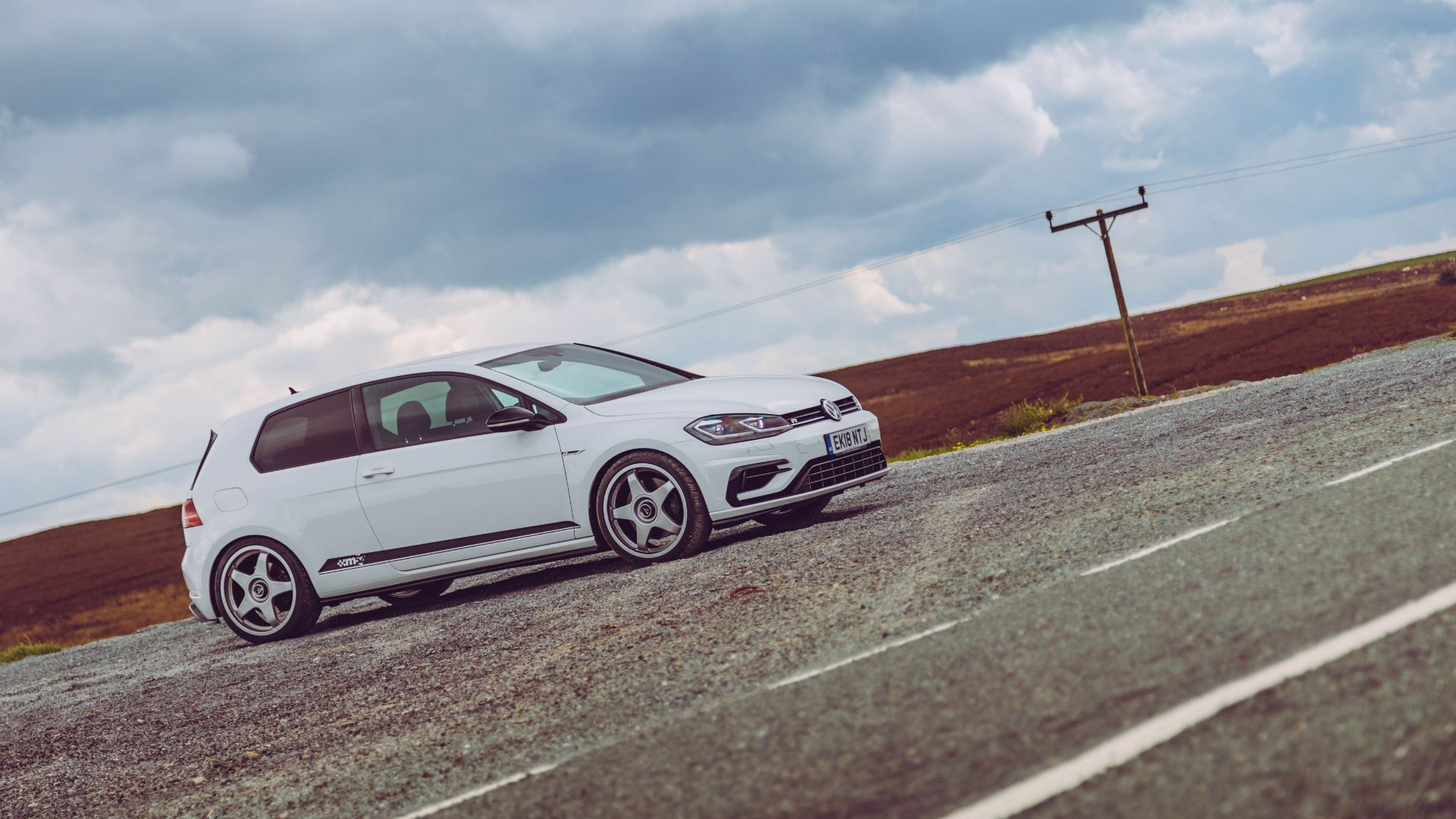 The M52 Golf R loses none of that everyday practicality, though. It can still settle down and deliver decent efficiency. The engine doesn’t chunter, or struggle to idle. The original feel is retained, albeit with more attitude.

Then there’s how you control what the engine is doing. The new paddles are a revelation, far nicer than the tacky plastic items of the standard car. For how good the R has always felt, this most vital of control surfaces never had the tactility it deserved. 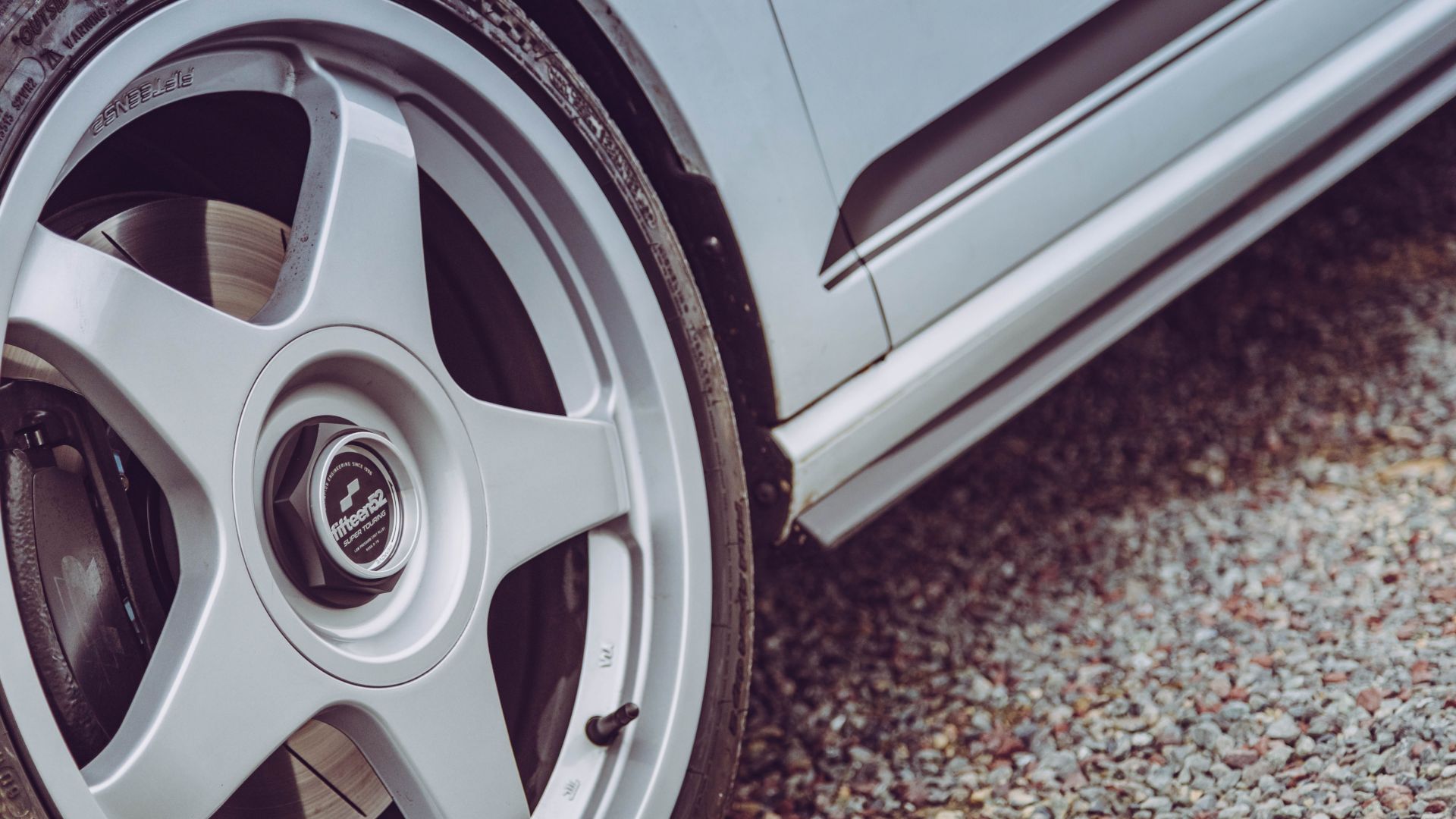 What happens when it comes to slowing down and taking a corner? The upgraded brakes are a welcome improvement over the standard items, which aren’t really ‘hyper hatch’ standard. New pads and vented discs help prevent overheating and fade, although we reckon you could overpower them on a track.

A jack of all trades 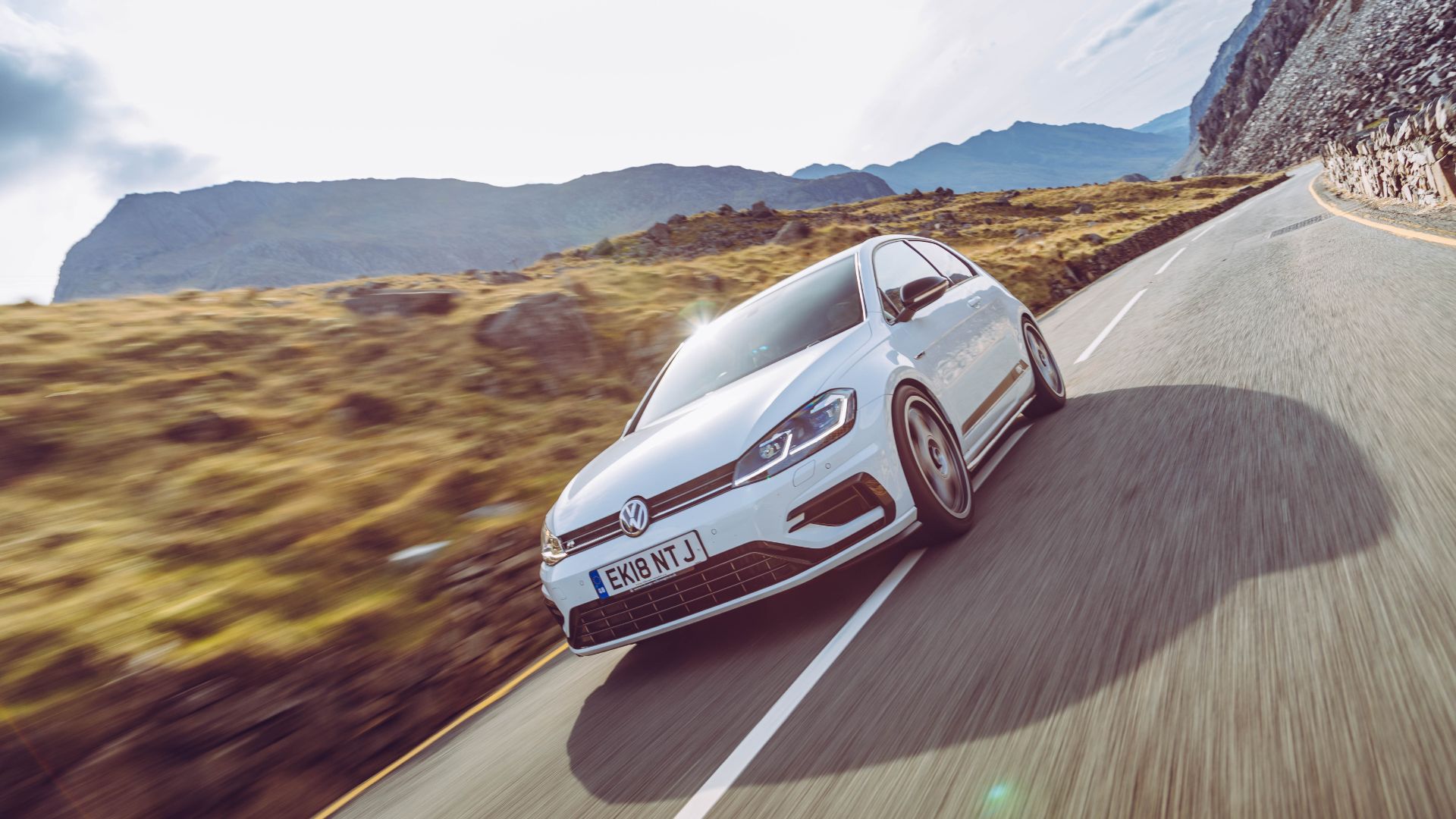 Nick Thomas, Mountune’s development and component engineer, insisted that the goal with these introductory upgrades is an ‘OEM+’ feel. The good parts of an already great car enhanced, and the bits that need improvement made better.

Quick Golfs can be likened to Porsche 911s. The GTI is the GTS, the Clubsport S is the GT3 RS and the R is the Turbo. M52’s Golf R feels somewhere between a Turbo S and a GT2. More hardcore, but not offensively so. It doesn’t betray the everyday likeability of the Golf R. 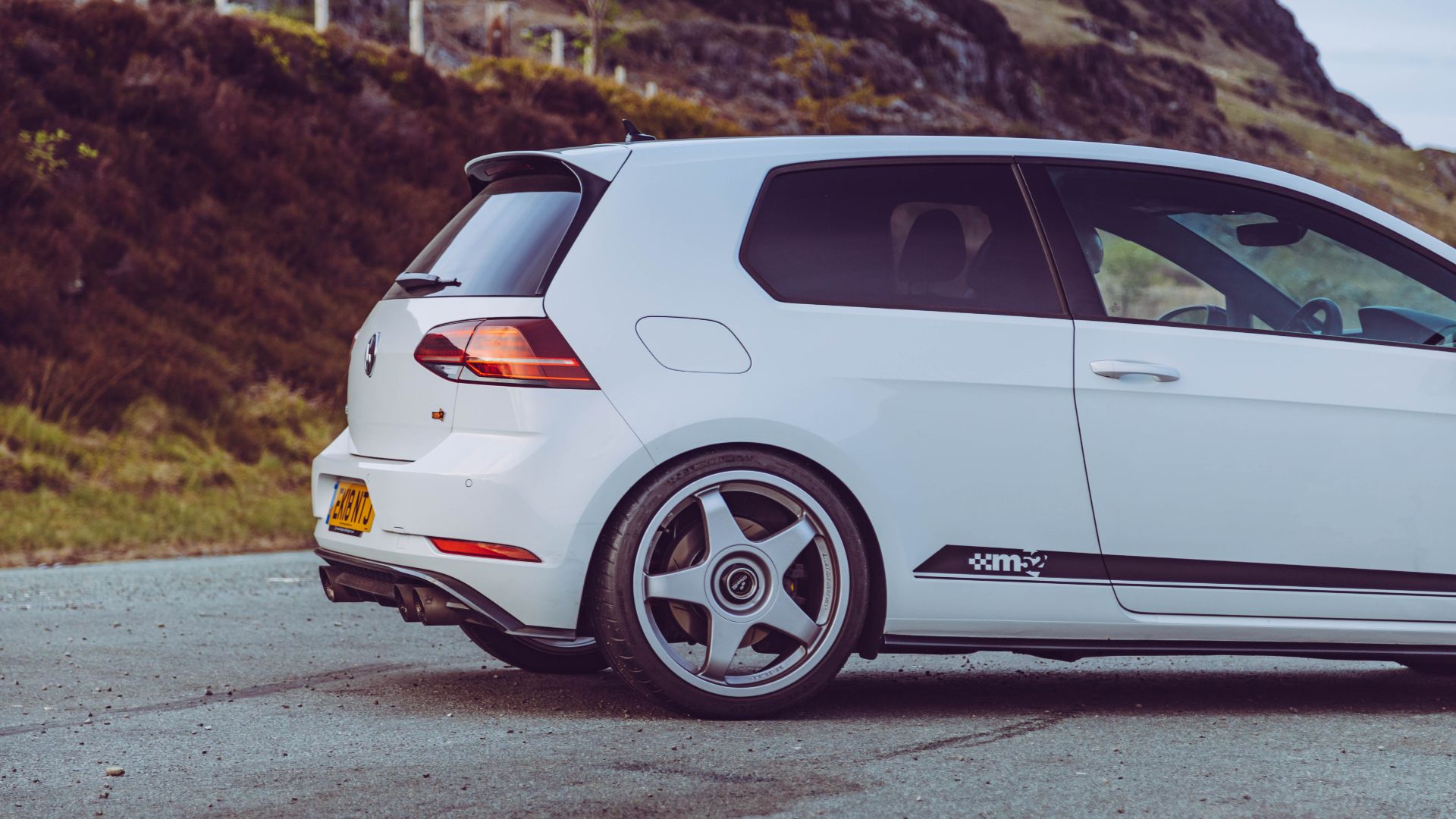 That is perhaps this M52 Golf R’s biggest achievement. It’s still the jack of all trades, with some added edge. It enhances the Golf’s inherent sense of balance and genuine ‘driver’s car’ feel. In turn, it reminds us just how big the boots are that the Mk8 must fill.

If the new car is a mis-step, we’d be very tempted to stick with the outgoing model, with some added flavour courtesy of M52. 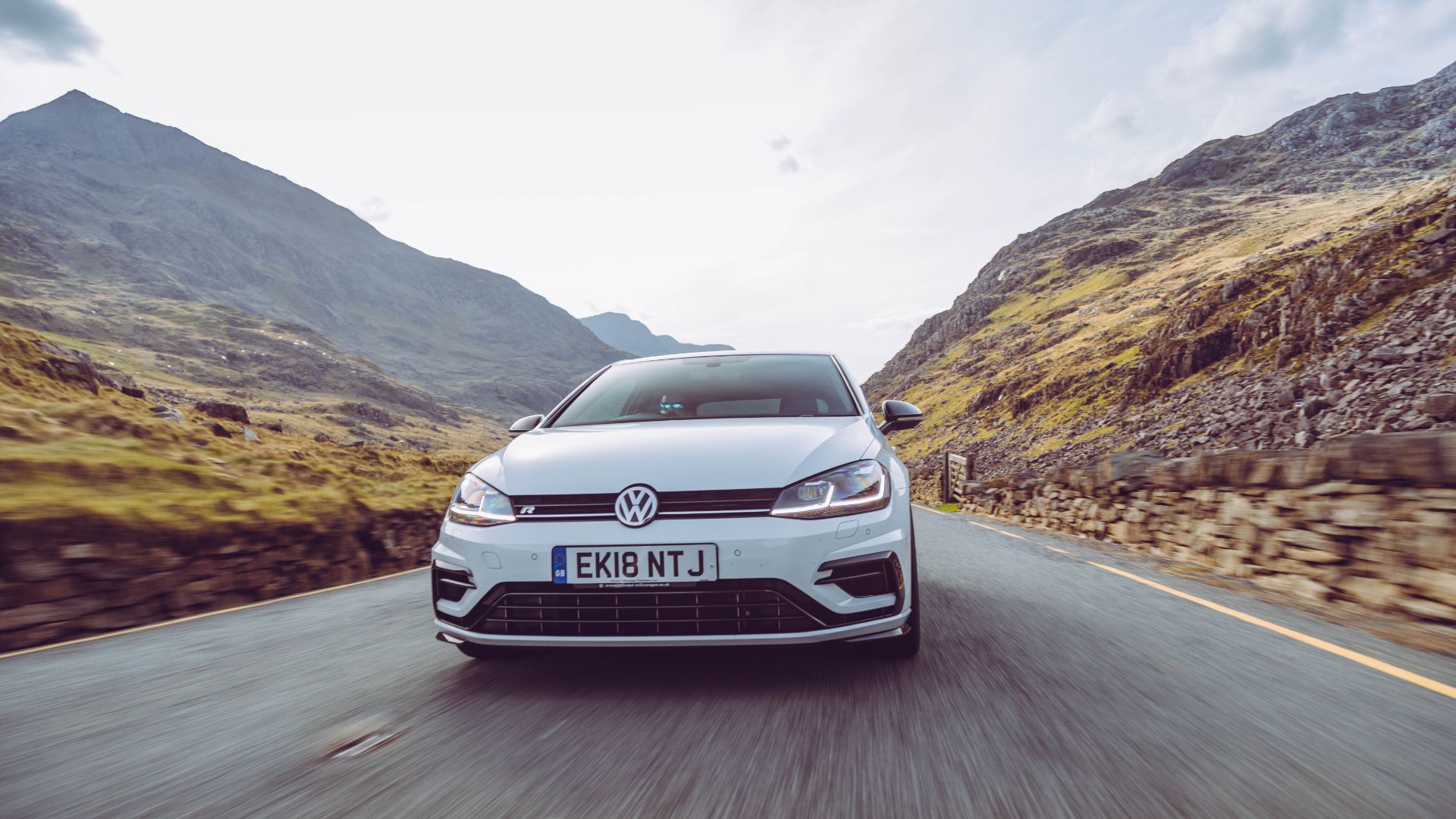 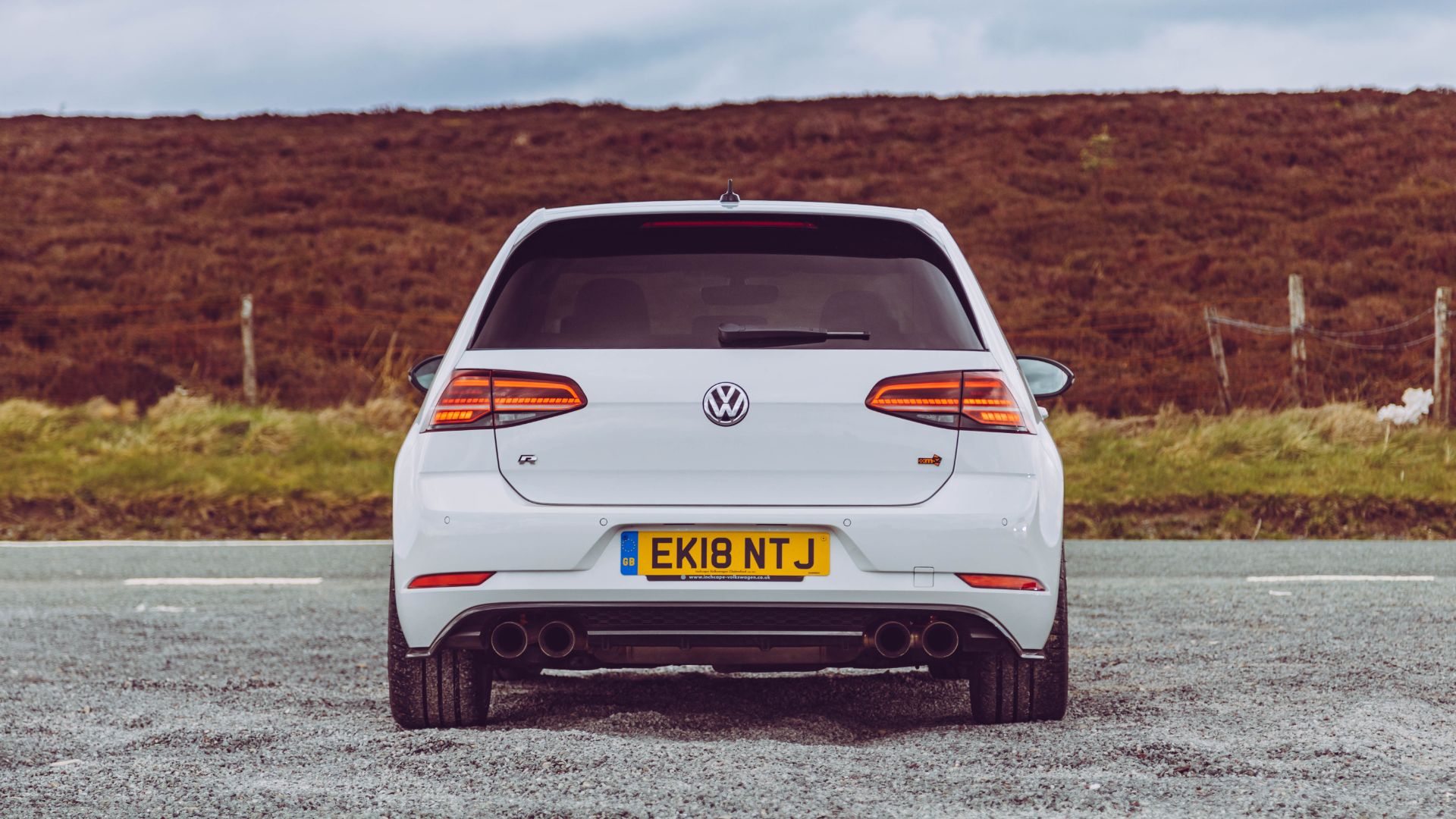 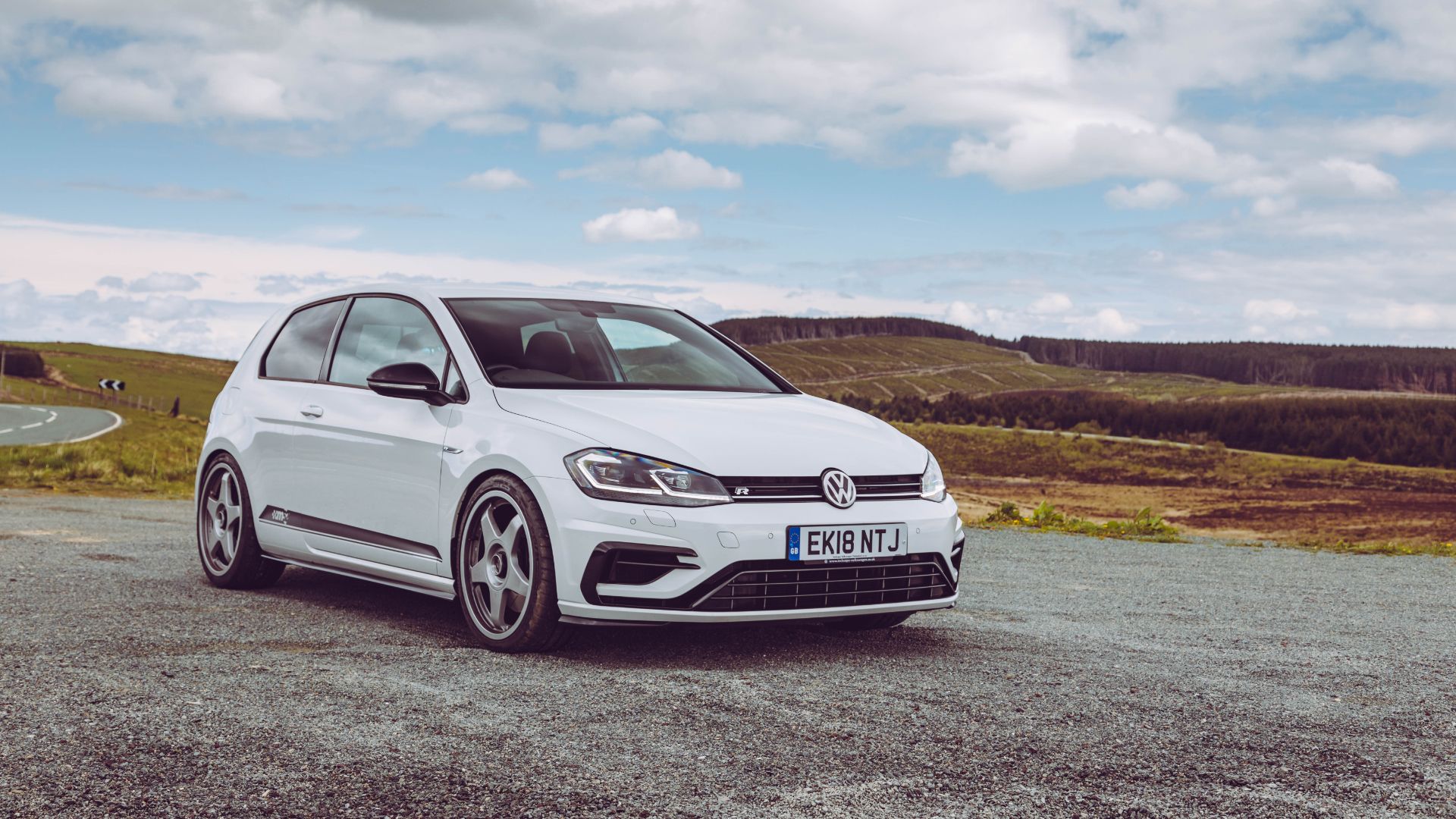 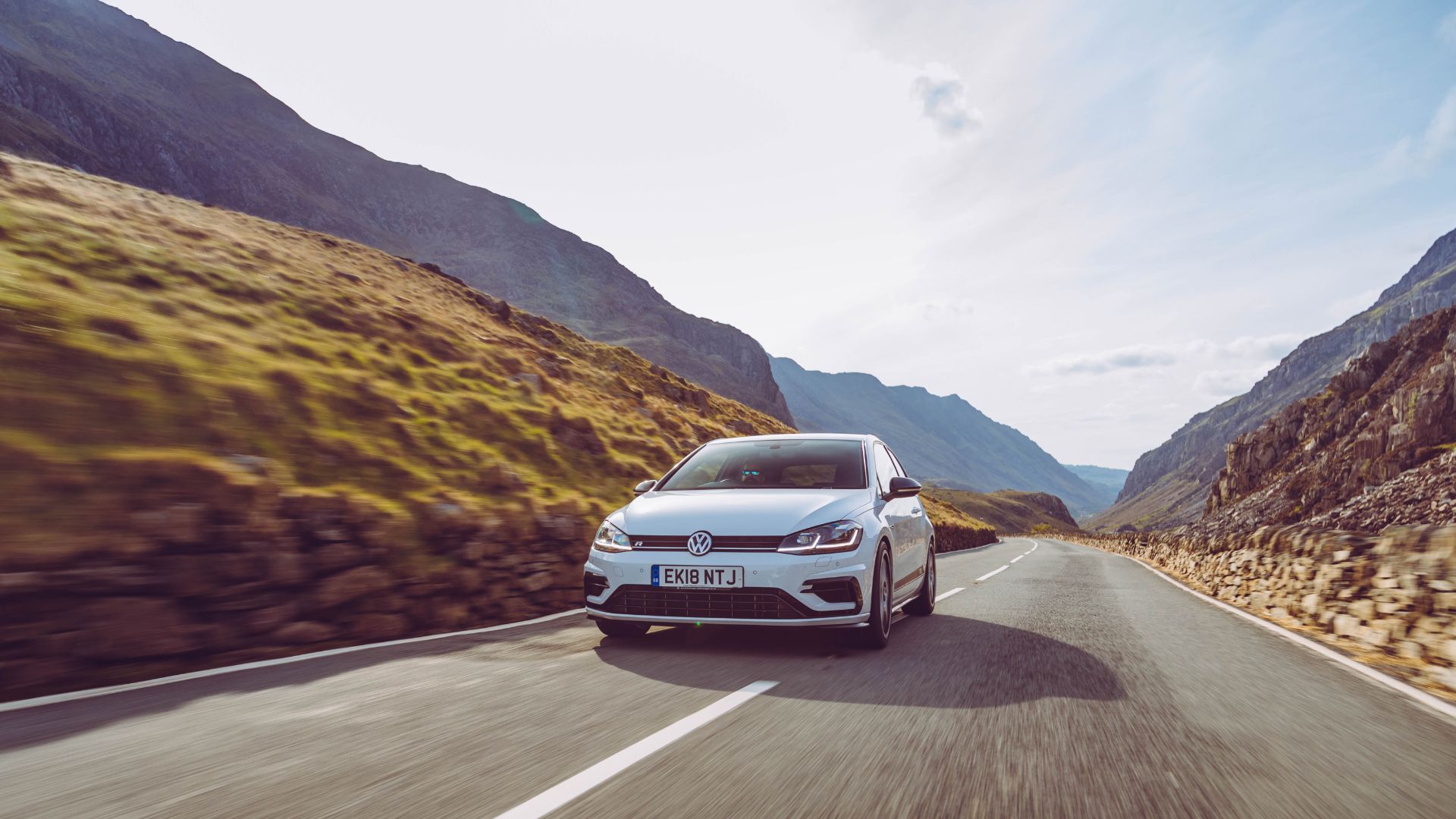 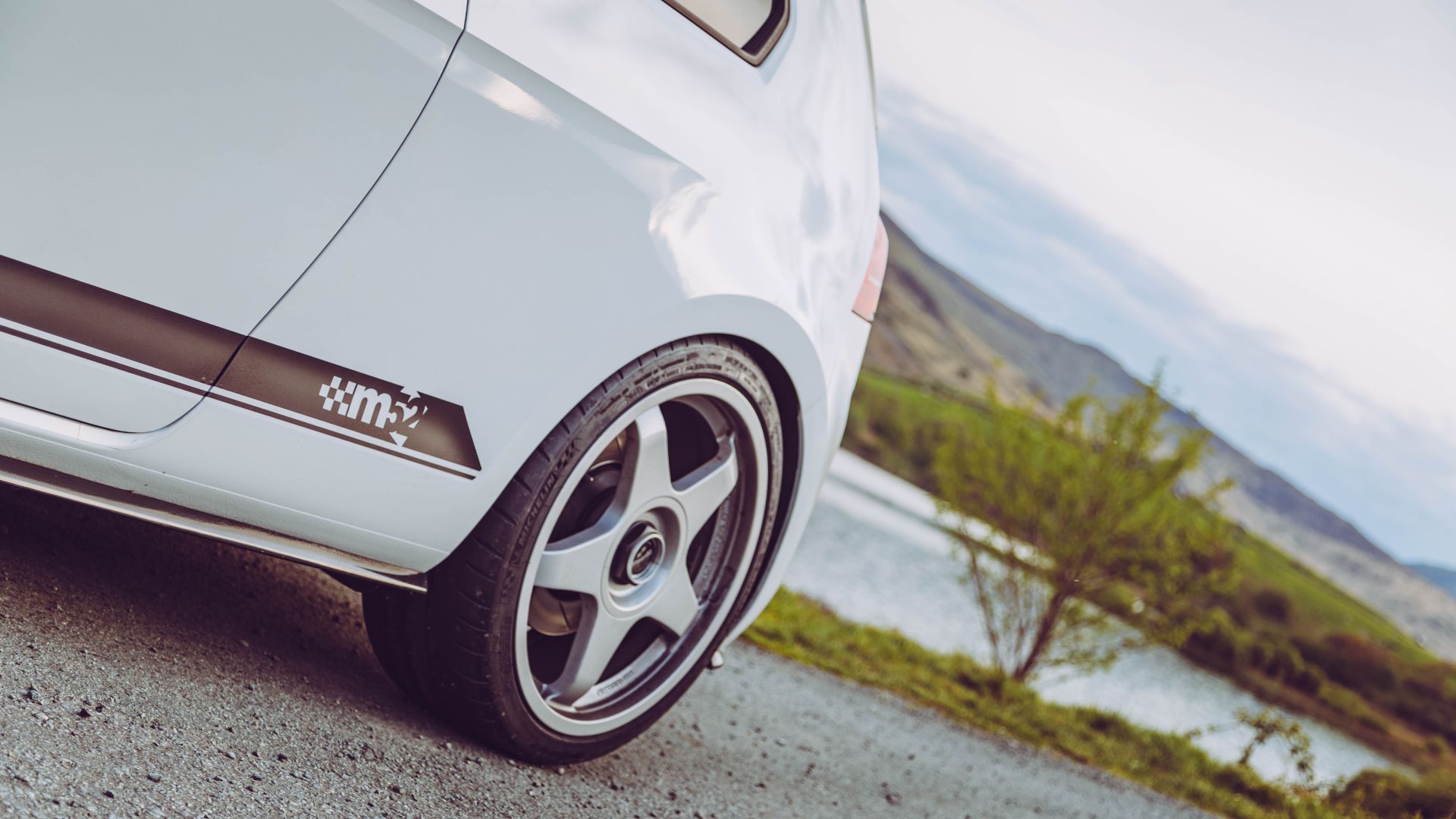 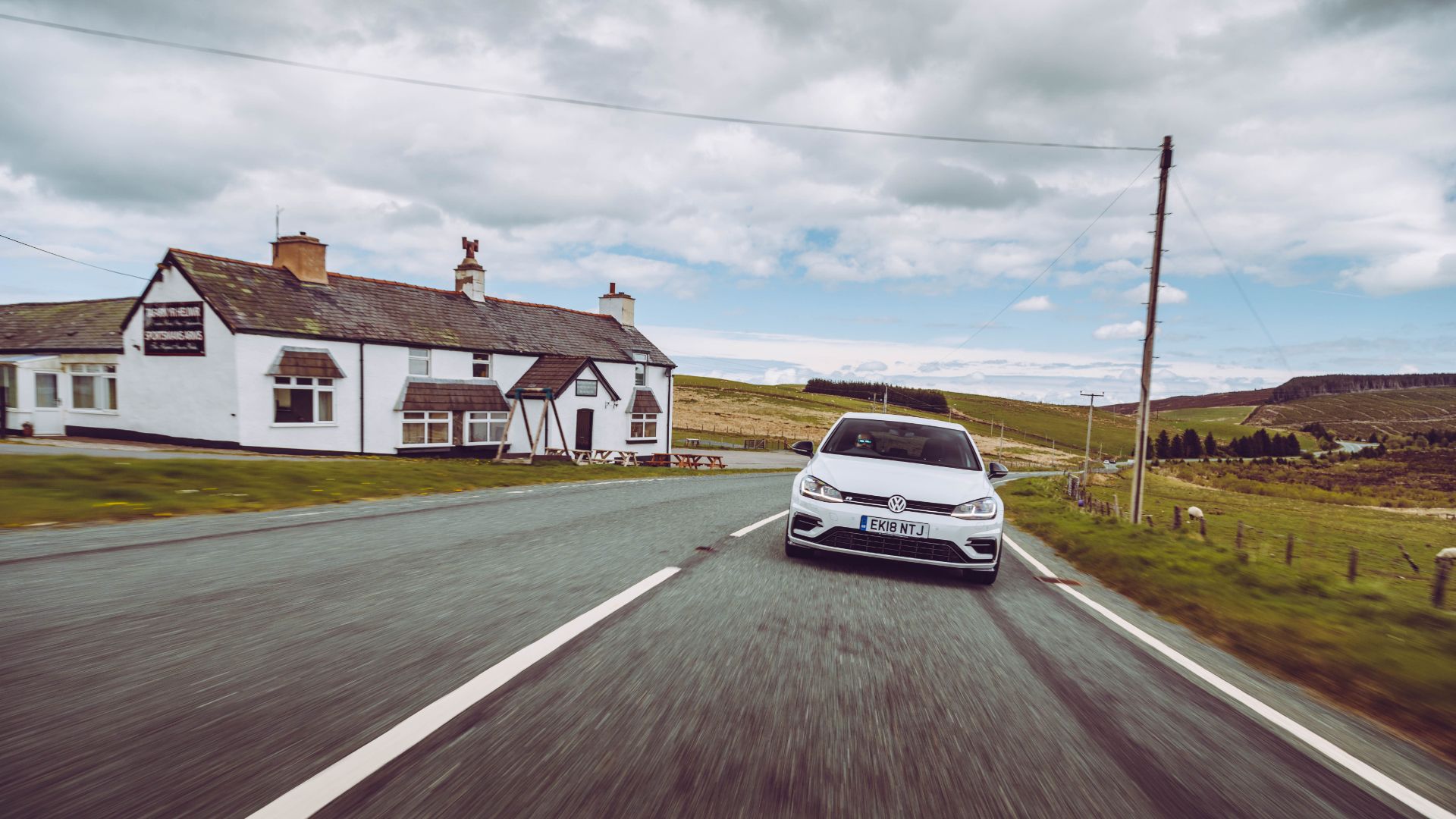 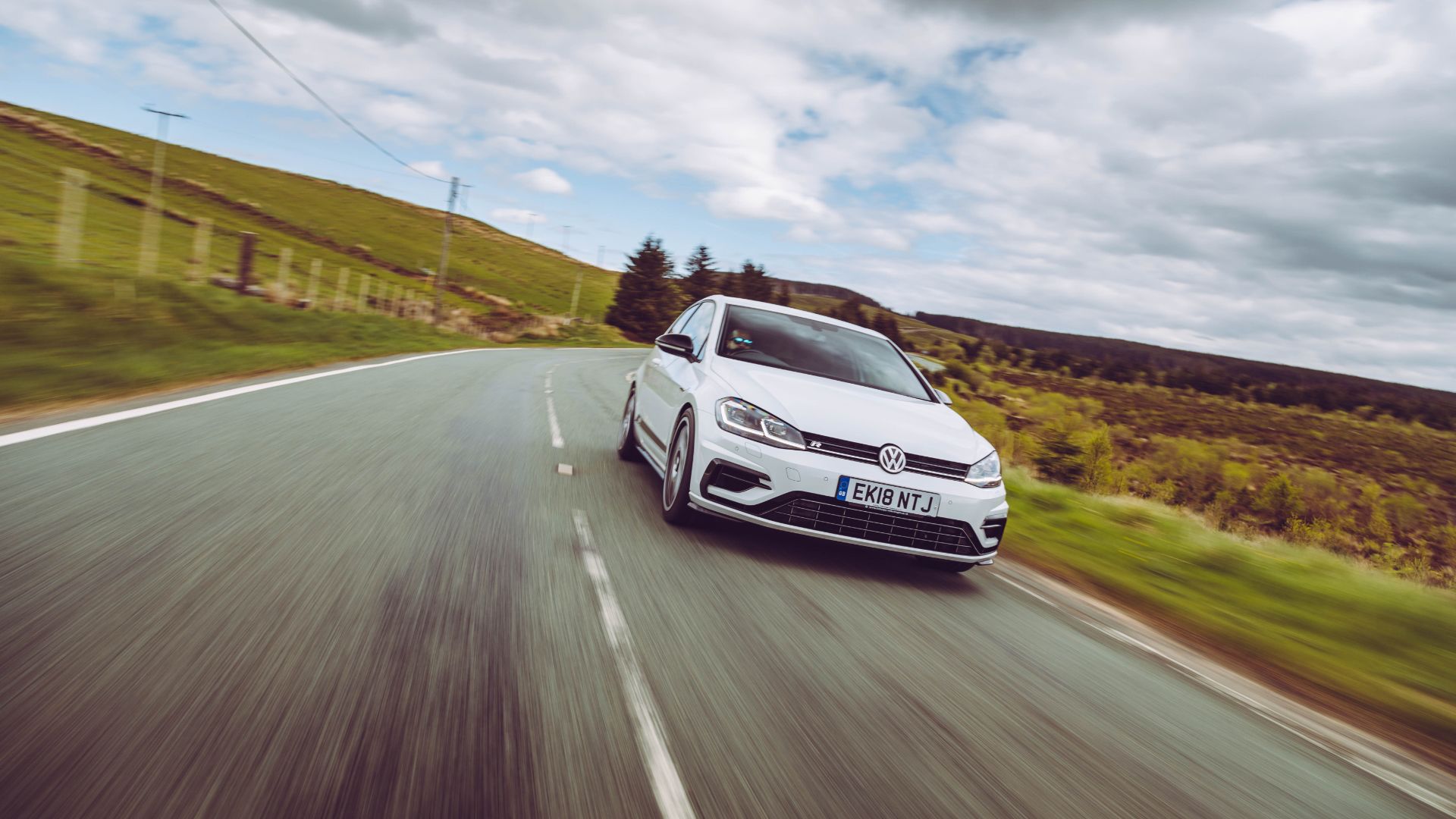