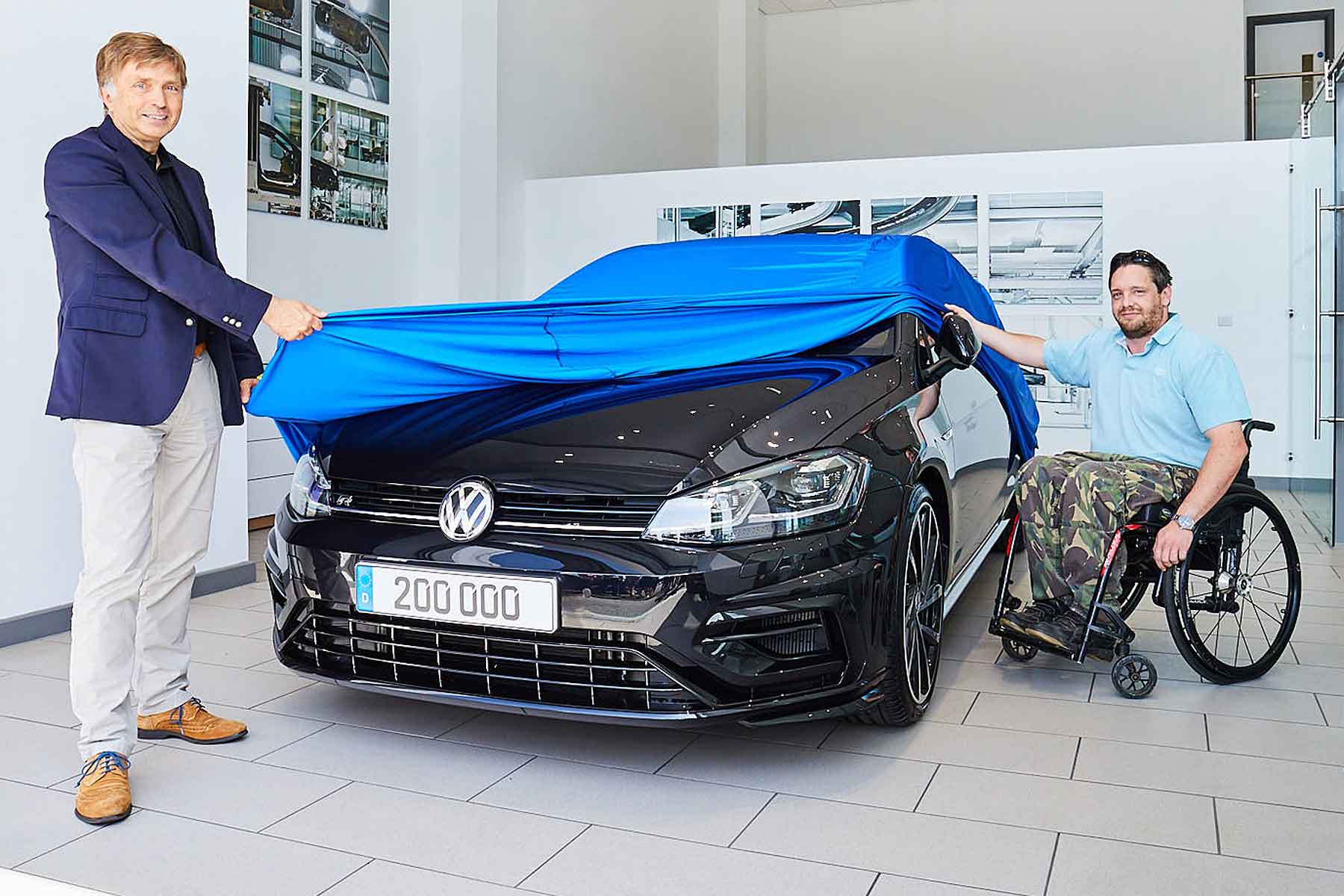 A British new car buyer has just taken delivery of the 200,000th Volkswagen ‘R’ model, and director of the VW R division, Jost Capito, was on hand to help with the landmark handover.

Keith Williamson is the lucky man: his Golf R was delivered by Robinsons Volkswagen Peterborough, and his enthusiasm for it is validation of the R brand’s success: he’s a serial hot Golf owner and has embraced the R as warmly as the longstanding GTI he also has in his collection.

”I get so much enjoyment from my Golf GTI and the Golf R just lifts that level of driver involvement even higher” said Williamson. “I’m particularly excited about having the Performance Pack on the car. This is another car that won’t be leaving my collection!”

He also has an original Mk4 Golf R32 – which is fitting, as that was the model that launched the Volkswagen R division back in 2002. It was rebranded from Volkswagen Individual to Volkswagen R in 2011, and has developed numerous performance Volkswagens over the years, including four iterations of Golf, the Passat R36, Touareg R50 and Scirocco R. 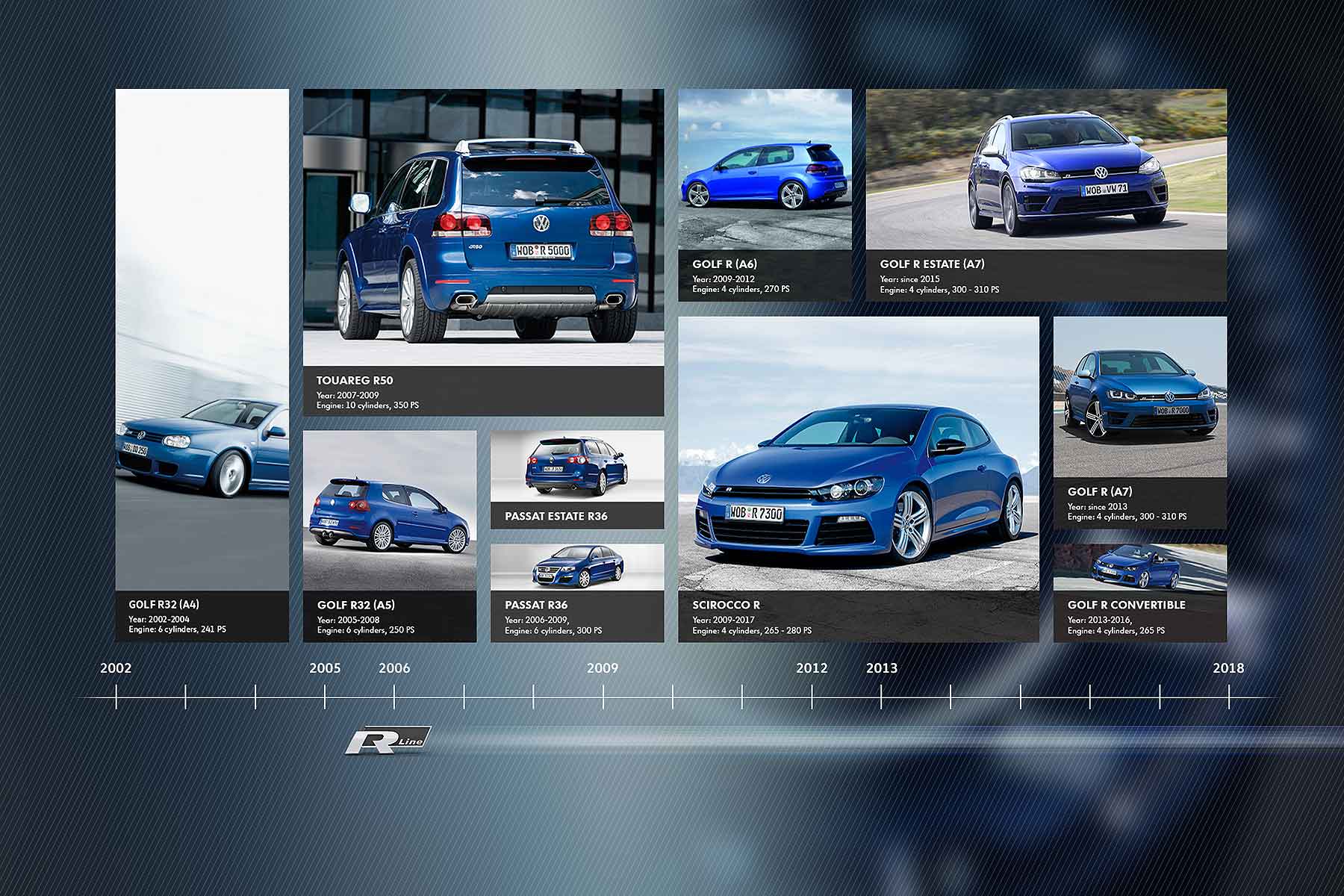 “Developing and globally retailing 200,000 units in 15 years is a big achievement,” said Capito. “Volkswagen R is a small business that employs around 350 colleagues. Everyone in our company contributes to the success of the company.”

Sven Schuler, director of business development and digitalisation at Volkswagen R, reckons the cars have the spirit of motorsport that’s made fit for road use. “Our vehicles are true Volkswagens with that certain extra something which the Volkswagen series production vehicles do not offer.” 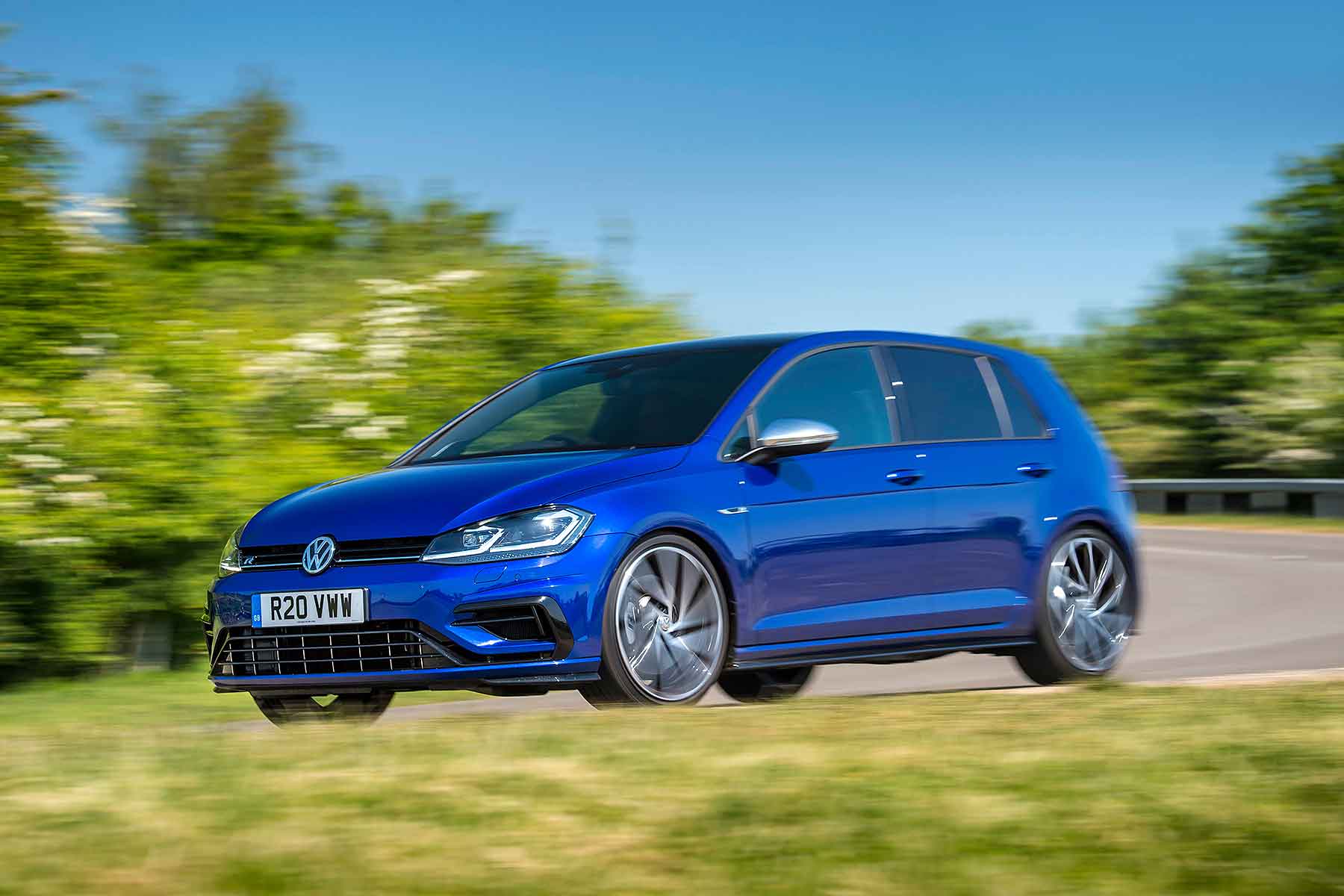 The latest Golf R range has recently suffered a small power drop, from 310hp to 300hp, as part of homologation to the new WLTP fuel economy regulations. The range has also been rationalised down to the five-door DSG variant only: neither manuals nor three-door models sold well enough to justify continuation.