MINI gets bigger and gains some extra doors – but is it still a good drive? 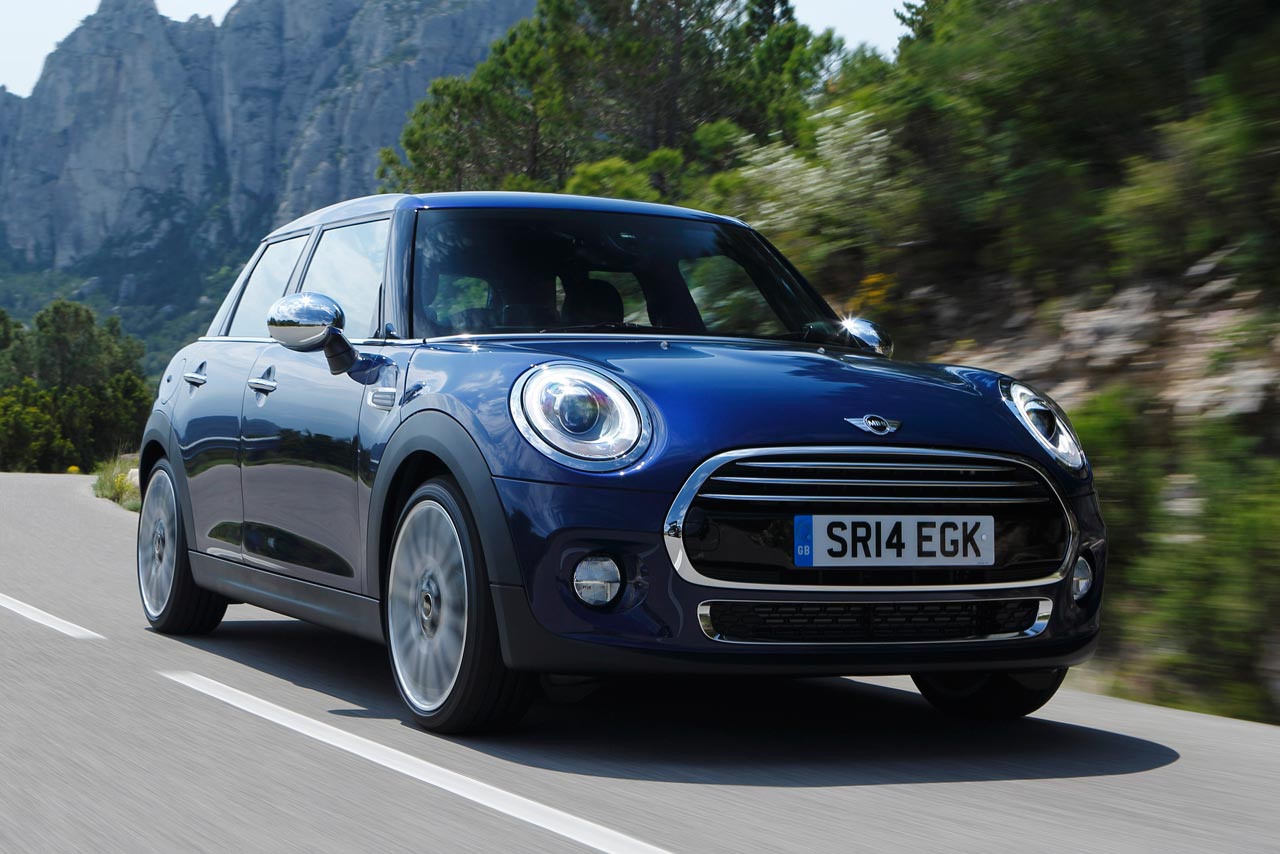 Remember when the MINI range was simple? When the brand was launched under BMW’s ownership back in 2001 buyers could only opt for just one body style – a three-door hatch – and a choice of two petrol engines. Choice was offered in other areas – in the form of customisation, such as colours and decals, and despite limited practicality the MINI brand became a ‘must have’.

MINI is now cashing in on its success by broadening its line-up, so there’s a MINI for everyone. And who can blame it?

The company has finally realised that 70% of supermini sales are of five-door cars – so the MINI hatch’s rivals such as the Audi A1 and Volkswagen Polo have, until now, had the edge. Sure, previously there were models like the MINI Clubman, but that was a little too quirky for its own good, and too estate-like for buyers in this segment.

This is why there’s now a 5-door MINI hatch. We headed to Oxfordshire to take it for a spin – will it be a success, or is making the MINI practical a bad idea?

It’s a MINI, so naturally, it’s not going to be a bad steer. Handling is typically MINI – direct, with plenty of feedback and a chuckability that rivals just can’t match. Even in not-so-hot Cooper spec, it’s easy to have fun driving a MINI.

The trade-off is the firm ride. On a smooth road it’s a hoot, but on the rough country roads of Oxfordshire we found the MINI keen to bounce about in every direction but where you want to go.

Fortunately, the turbocharged, three-cylinder 1.5-litre petrol engine in the Cooper offers genuine pleasure – its linear power delivery means you don’t have to get it wound up to have fun… put your foot down and it’ll go, with quite a fun noise, too.

Efficiency isn’t a trade-off, either. 60.1mpg means it’s typically supermini efficient, and CO2 emissions of 109g/km means it’s in the same tax band as the equivalent three-door – so you’ll be paying just £20 a year in road tax.

Is the MINI 5-door still mini?

We’ve all heard the complaints from purists, that the MINI is no longer a small car. The 5-door MINI won’t help matters – as it’s 161mm longer than the 3-door.

Chris Brownridge, MINI UK’s director, said: “I compare the MINI to the Golf. The Golf is now in its seventh generation, and it’s much bigger than the original.

“The original Mini was around a long time before the Golf. If it grew at the same rate… well, I reckon the current MINI is about the right size.”

That doesn’t mean the MINI is a Golf rival. No – despite its fairly chunky appearance, it’s definitely closer to a Polo size-wise than a Golf. If you do want a MINI that offers the practicality of a Golf, don’t go settling on the Countryman SUV just yet – the MINI Clubman concept shown at Geneva hints that there may be a bigger MINI to come.

Going back to that idea that there’s a MINI for everyone, the company says that it expects buyers of its 3-door will be couples, either pre-children or after they’ve moved out, while the 5-door now lets young families buy into MINI. Families with older children will look at the MINI Countryman, says the manufacturer.

While all this is clearly marketing talk (something MINI excels at), the MINI 5-door caters well for its target audience. It’s a proper five-door, with enough room in the back for a couple of adults – children certainly won’t be complaining. Its extended wheelbase (72mm longer than the three-door), combined with its floating roofline means the rear seats are a lot more usable than MINIs of the past.

With prices starting at £15,900 the 5-door MINI is expensive, but you do feel that you’re getting your money’s worth. It handles better than any of its rivals, and the interior feels genuinely premium. We have no doubt that it’d stand up well to the tough trials of family life.

The Audi A1 Sportback and Fiat 500L are the most obvious rivals to the 5-door MINI on image alone. The Ford Fiesta isn’t as premium, but like the MINI it’s a sweet handler. The Volkswagen Polo is a solid family supermini – as is the Peugeot 208