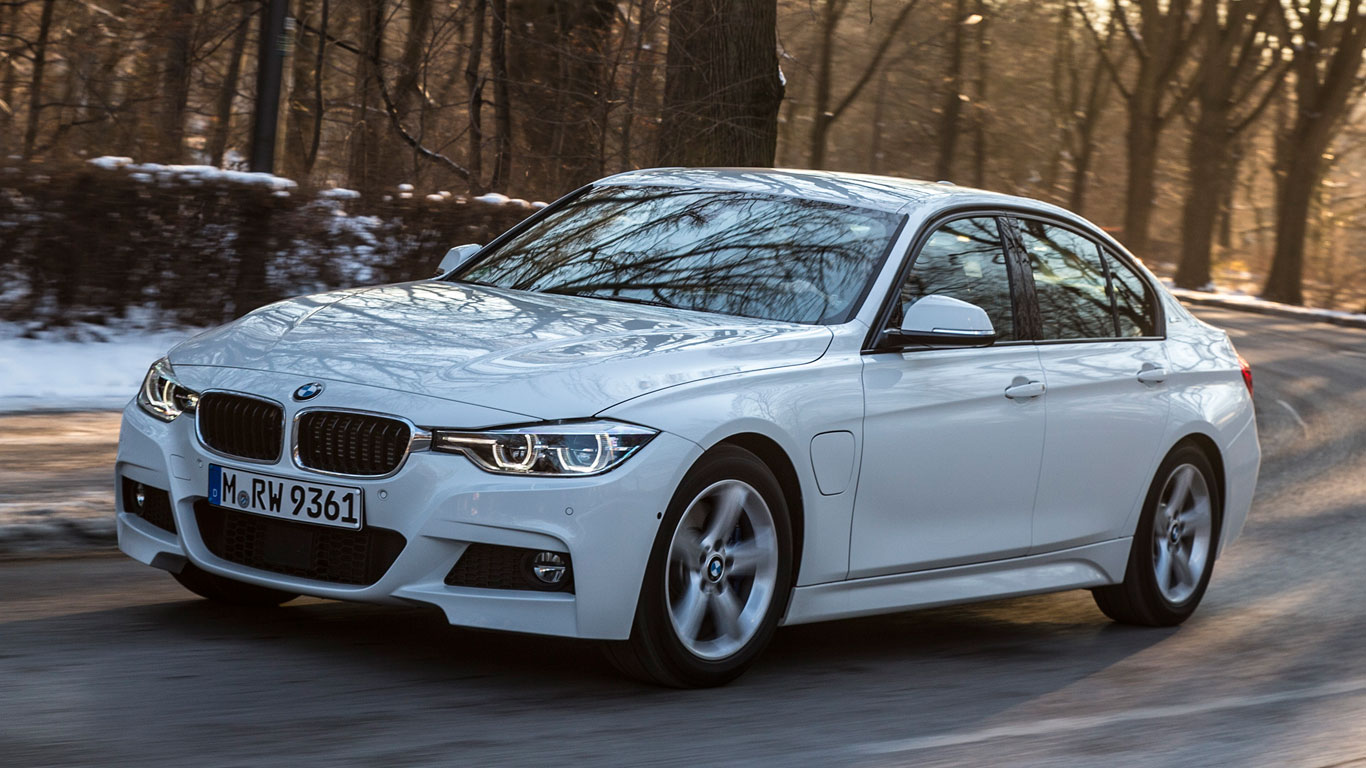 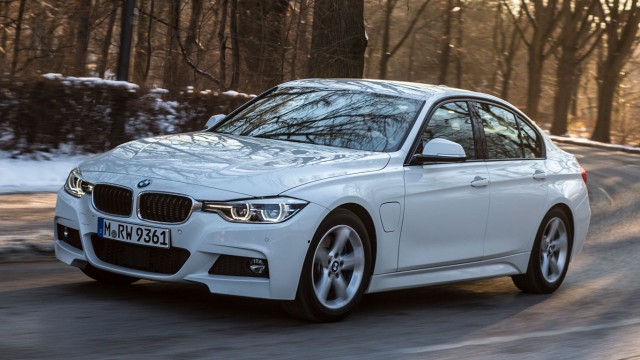 BMW has taken its company-car-favourite 3 Series, fitted it with the 2.0-litre twin-turbocharged petrol engine out of the 320i and added an electric motor, with the ability to be charged like an electric car. The result is potentially staggering fuel economy figures, but also a quick and enjoyable drive. 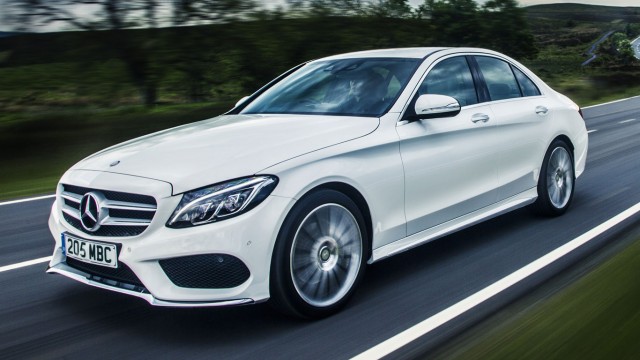 Audi is yet to launch a plug-in hybrid A4 (although it’s on the horizon), so rivals come down pretty much solely to the Mercedes-Benz C350e. There is an outside contender, however: the Mitsubishi Outlander PHEV. Sure, the Japanese 4×4 is not a conventional BMW 3 Series rival, but people are buying them by the bucketload for its low tax bracket. And the Outlander’s figures square up neatly against the 3 Series. 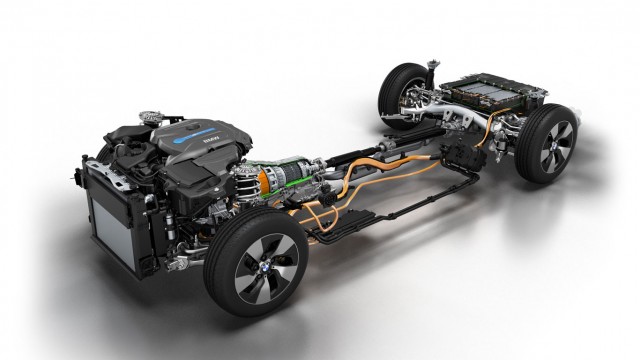 The 330e combines a turbocharged 2.0-litre four-cylinder petrol engine in the front (from the 320i), with an electric motor under the boot floor. It’s rear-wheel drive all of the time, with power distributed through an eight-speed automatic gearbox. 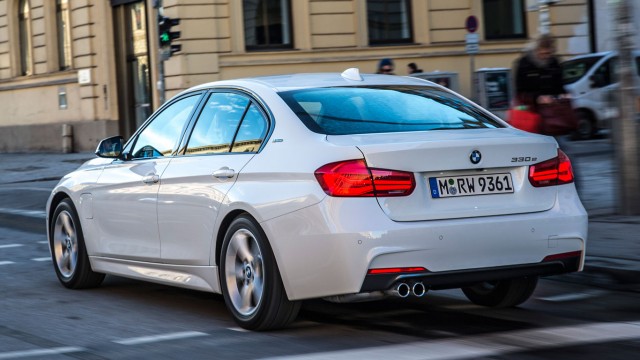 When you set off in the 330e, it runs entirely on electric power, keeping in automatic eDrive mode all the way up to 50mph, when the petrol engine kicks in. It’s a near-silent, refined drive around town – more pleasant than the equivalent diesel. When the roads open up and the speed limit increases, it has plenty of power for overtaking and spirited driving as the engine quietly kicks in. However, the weight of the batteries is definitely noticeable if you’re used to a regular 3 Series. 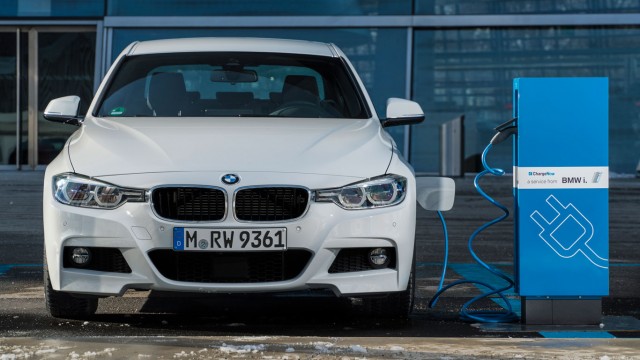 Disregard the official figures (148.7mpg in SE guise) – the fuel economy will come down to how often you charge it up and what sort of driving you do. If you charge it regularly and only do short journeys, you’ll end up using very little petrol. On longer journeys, the petrol engine will work as a generator to charge the electric motor, so it’ll be more economical than the equivalent 320i.

What’s more relevant is the 44g/km CO2 figure, which puts it in the 7% company car BIK band. It’ll also be free to tax for private users, plus it’ll be exempt from the London congestion charge. 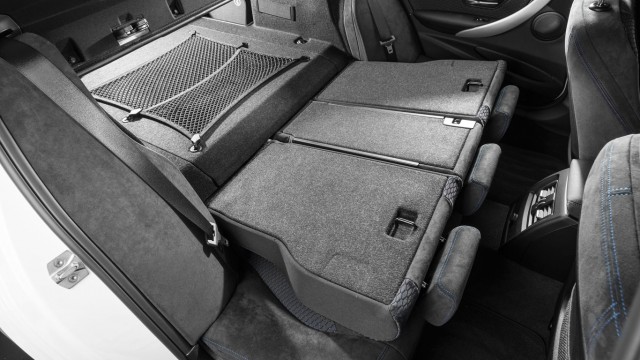 This is where the 330e starts to fall apart compared to the likes of the Mitsubishi Outlander PHEV. Of course, it’s based on the regular 3 Series, so it’s not impractical per se, but 110 litres of boot space have been eaten up by the batteries. For solo company car drivers it will be fine, but families might find it a struggle. 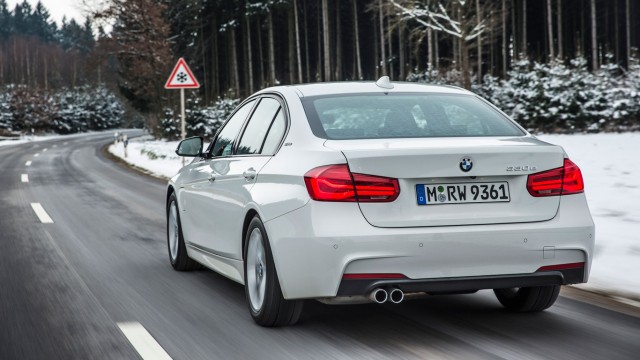 As you’d expect from a BMW, the 330e is packed with kit to make it safe in the event of a crash (as well as technology to prevent a collision in the first place). Features include lane-departure warning and city braking function, which can apply the brakes if it detects a pedestrian stepping in front of you. 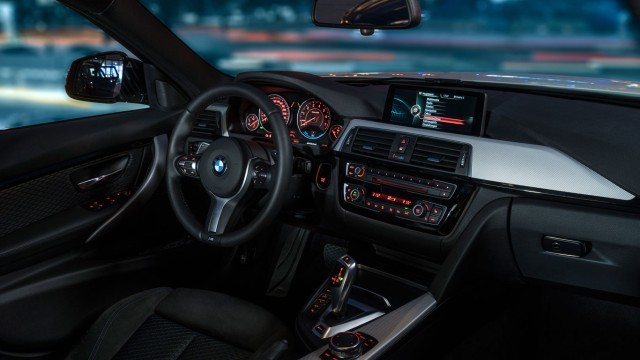 Unfortunately, you can only get the 330e as a saloon for now. An insider told us he saw no reason why it couldn’t be offered as a Touring (estate) in the future, but for now it’s targeting American and Chinese markets – both of which prefer saloons.

We’d probably opt for the entry-level SE model, as it’s got plenty of kit as standard and buyers of the 330e are all about keeping costs low. 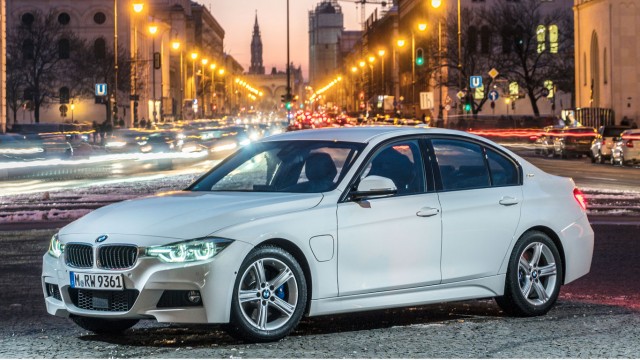 Spend your own money on one? The £33,935 start price (before Government grant) is a lot of money. But as a company car, it makes so much sense. There’s a reason why fleet users crave a 320d to cover the miles, and this is nicer to drive and will get fewer scowls as diesel resentment builds. We’re surprised BMW is only expecting to sell just over 1,000 in the UK in the first year. 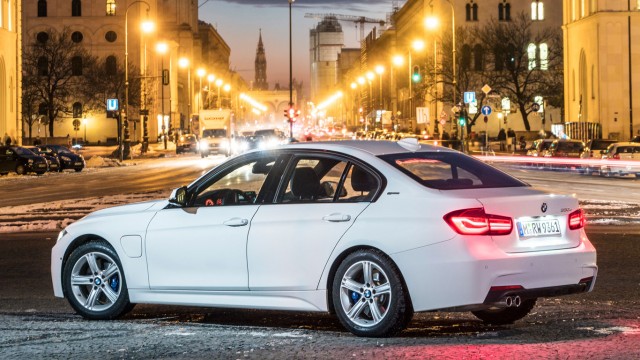 The 330e is able to cover 25 miles using electric-power alone. In theory, if your commute is less than this, and you have a charger at home and work, you may never need to start the petrol engine at all.