With a 400hp five-cylinder engine and Quattro 4WD, the Audi RS Q3 Sportback has the right ingredients for greatness. Does it deliver? 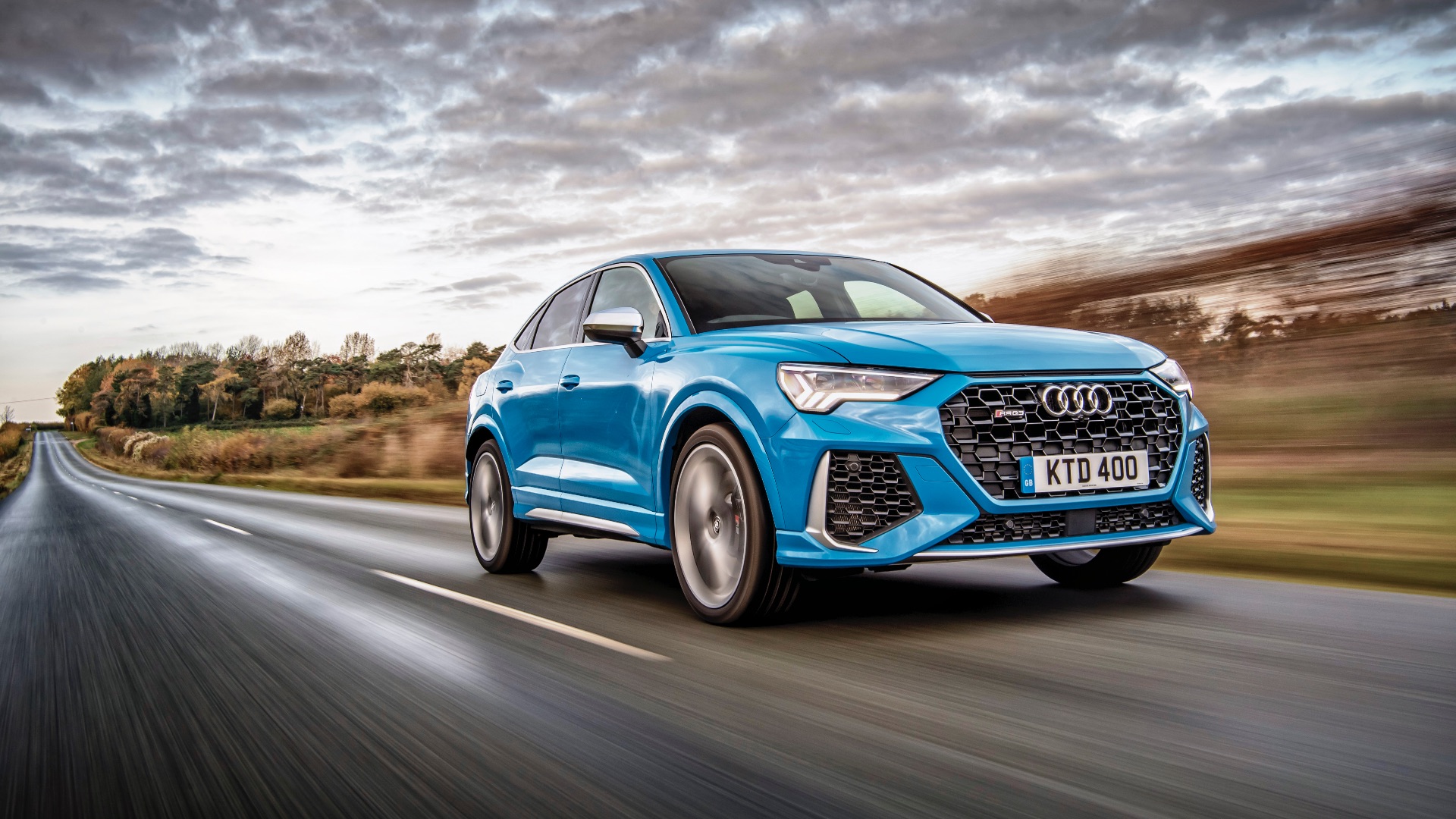 This is the kind of car motoring journalists love to hate. A hot hatchback blunted by SUV stature. A family car compromised by fashion. An Audi for the price of a Porsche.

The RS Q3 Sportback is all of these and, frankly, it’s not my cup of milk-and-one-sugar.

Still, forget what I think – people adore this thing. Family and friends queued up with compliments during the week it spent in my care. A van driver shouted “Nice car!” at the petrol station. And one afternoon, I spotted two teenagers taking photos of it outside my house. the past, that’s only happened with supercars. 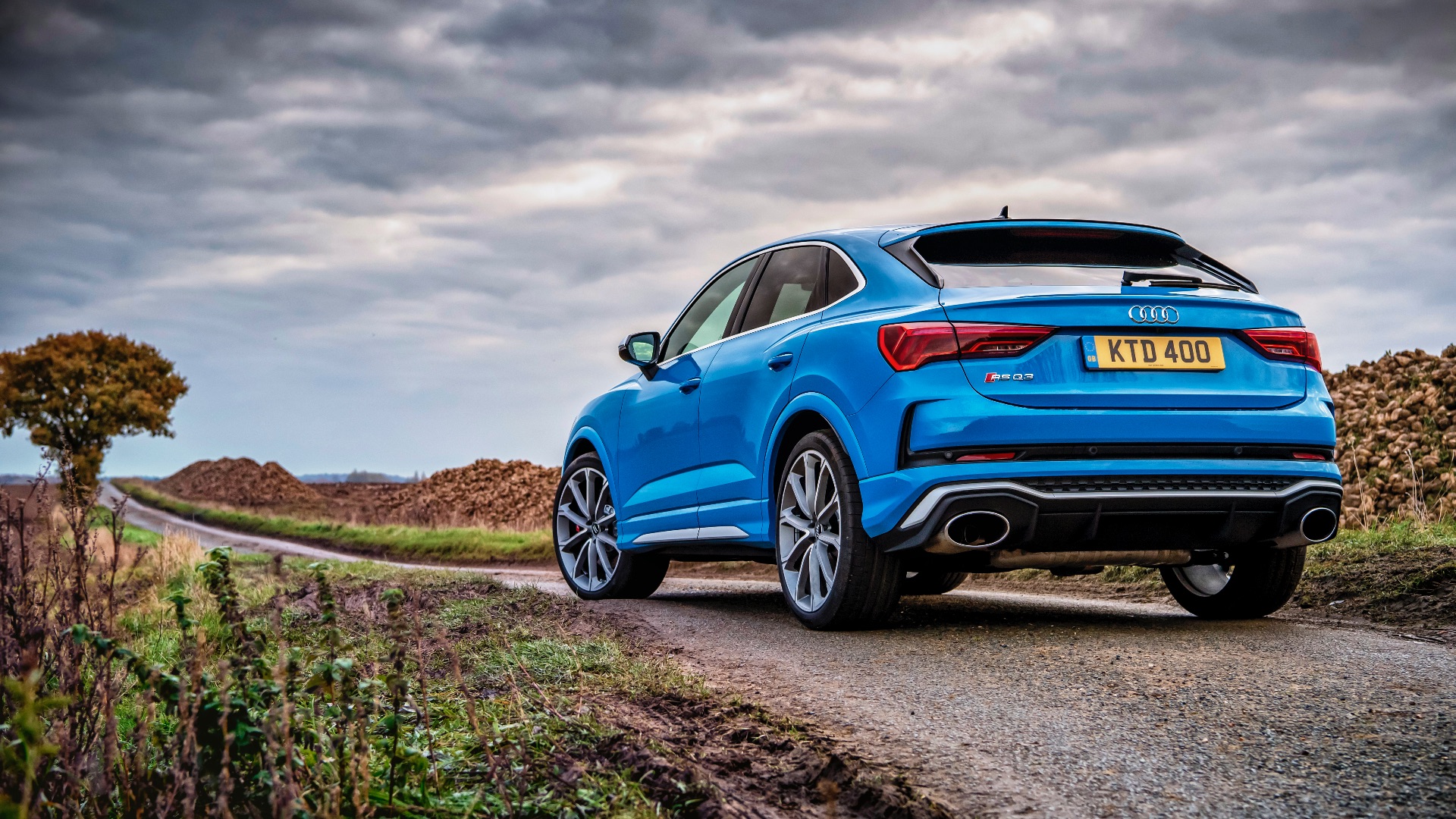 The spec of this particular RS Q3 probably helped. Audi press cars always arrive with an options list longer than War and Peace.

That sounds a lot for a compact SUV based on the Audi A3, but bear in mind rivals such as the BMW X3 40i, Mercedes-AMG GLB 35 and Porsche Macan S all cost £50k or thereabouts.

Also, the RS Q3 punches hardest of them all, with a 400hp wallop from its 2.5-litre five-cylinder engine. Factor in Audi’s trademark Quattro four-wheel drive and the result is 0-62mph in 4.5 seconds. Top speed is 155mph – or 174mph if you pay £1,600 to have the limiter removed. Seriously, don’t bother. 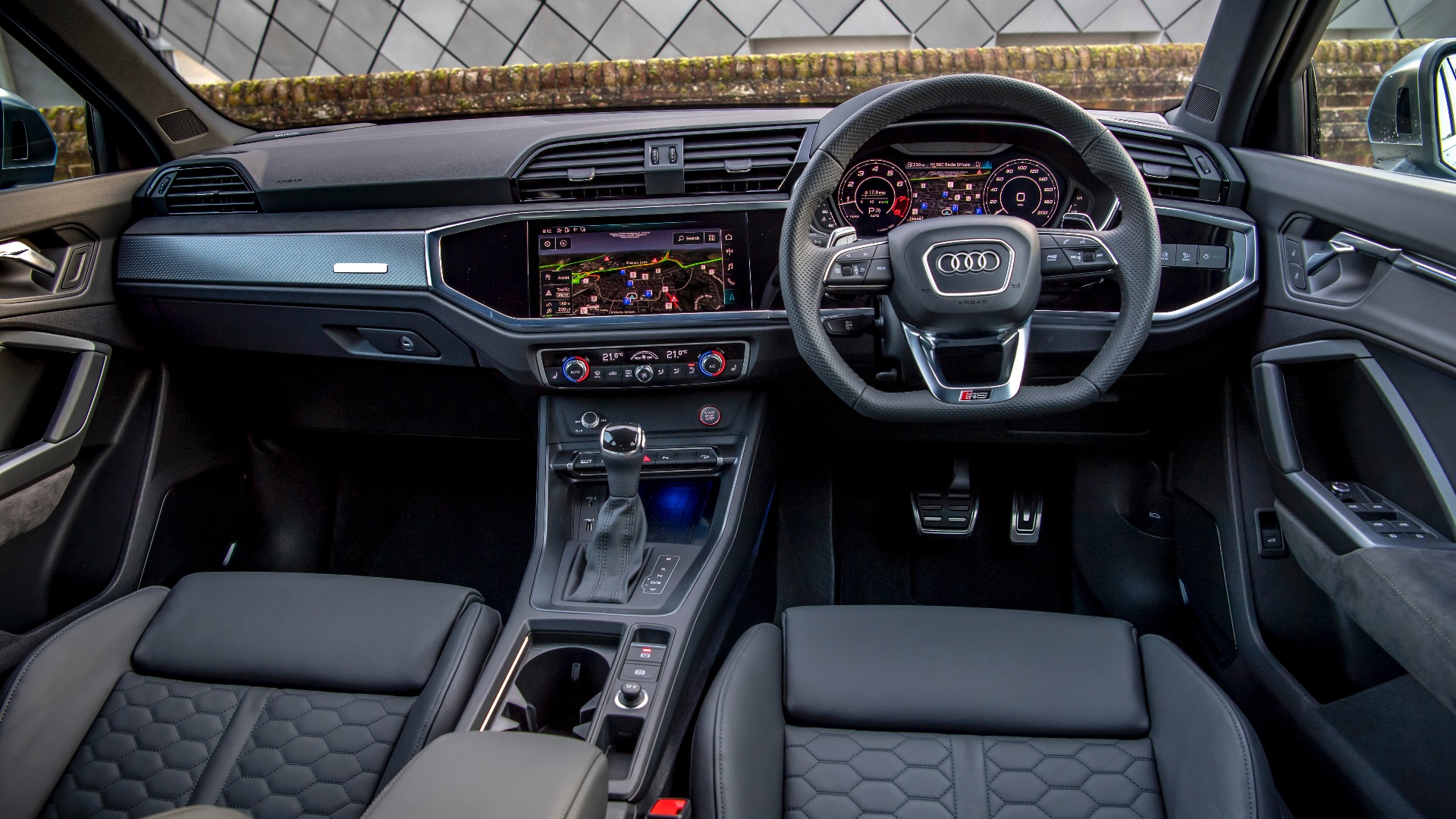 There’s a standard, more SUV-shaped version of the RS Q3, but Audi expects nearly two thirds of buyers to choose the sleeker Sportback. It loses 45mm of headroom, but gains a more rakish roofline, and its 530-litre boot capacity is identical.

Certainly, it’s practical enough for a family holdall, with a lofty seating position and plenty of gadgets. The 10.1in touchscreen media system is super-slick, while the Virtual Cockpit driver display (widely imitated, never bettered) is Vorsprung durch Technik distilled.

Shame Audi’s quality halo seems to have slipped; some of the interior plastics don’t befit that premium price tag.

Looking for a Golf-sized crossover with slightly compromised rear headroom and more power than a Ferrari Testarossa? Look no further. pic.twitter.com/rqzfftuad8

Five-cylinder engines have featured in fast Audis since the original quattro (note small ‘q’) of 1980. This one – shared with the TT RS – isn’t quite as rambunctious as you’d expect, being muted by a petrol particulate filter, but its gravelly gargle is augmented via the stereo speakers. It isn’t wholly convincing.

You’ll have no qualms about the RS Q3’s performance, though. It feels explosively quick, blamming through seven dual-clutch ratios with ruthless intensity.

Peak torque of 354lb ft arrives at 1,850rpm and stays constant until 5,850rpm, so there’s never any shortfall of muscle. Just find yourself a suitable B-road, then: Ready. Aim. Fire. 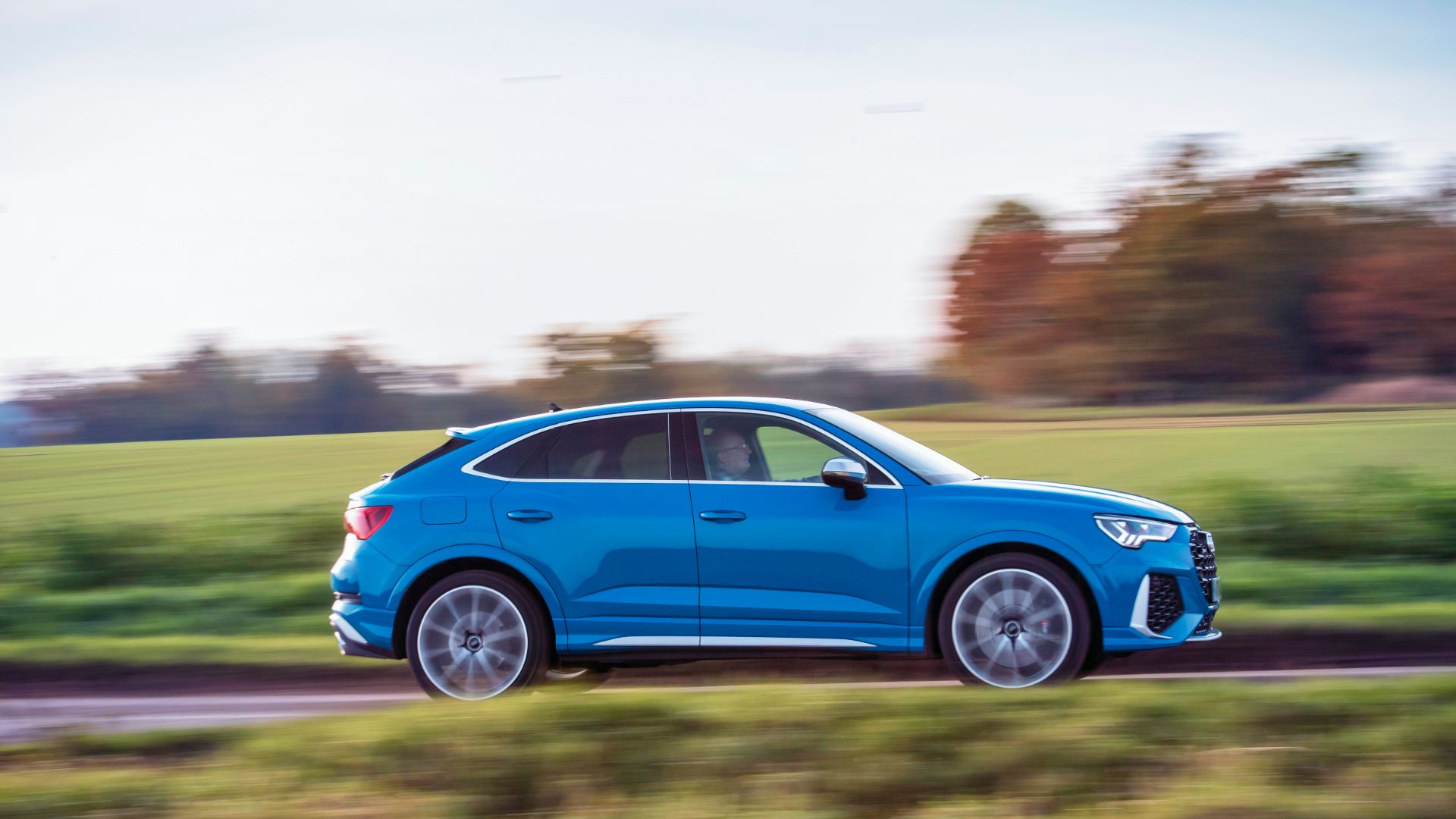 Switch into RS mode and you feel the whole car tense. Body-roll is effectively quashed as Quattro traction slingshots you between corners.

This is an easy and reassuring car to drive quickly, but what’s missing is that final frisson of driver engagement. Its steering feels aloof and the brittle suspension, instead of breathing with the road, does battle with it. The Porsche Macan still leads the pack here.

I see why the Great British Public loves the RS Q3. It looks good, feels plush, goes fast and wears the right badge. It’s not the hotted-up compact SUV coupe for me, but neither are any of its competitors.

I’d rather forgo a few options and spend my £66,000 on the wonderful Audi RS4 Avant. It’s a performance estate car that knows exactly what it wants to be.

Only around half of UK drivers own their car outright. It seems the era of ownership is coming to an end
Read more

Road traffic injuries the number one killer of young adults

The United Nations Global Road Safety Week is calling for greater leadership to reduce the number of people who die on the world's roads each year.
Read more
Car News

Car theft payouts are the highest for seven years

Insurance companies are paying out more for car thefts than they have for the past seven years, says The Association of British Insurers.
Read more
Car News

Motorists who take hay fever remedies could risk prosecution when they get behind the wheel. We explain how to stay safe.
Read more
Advice