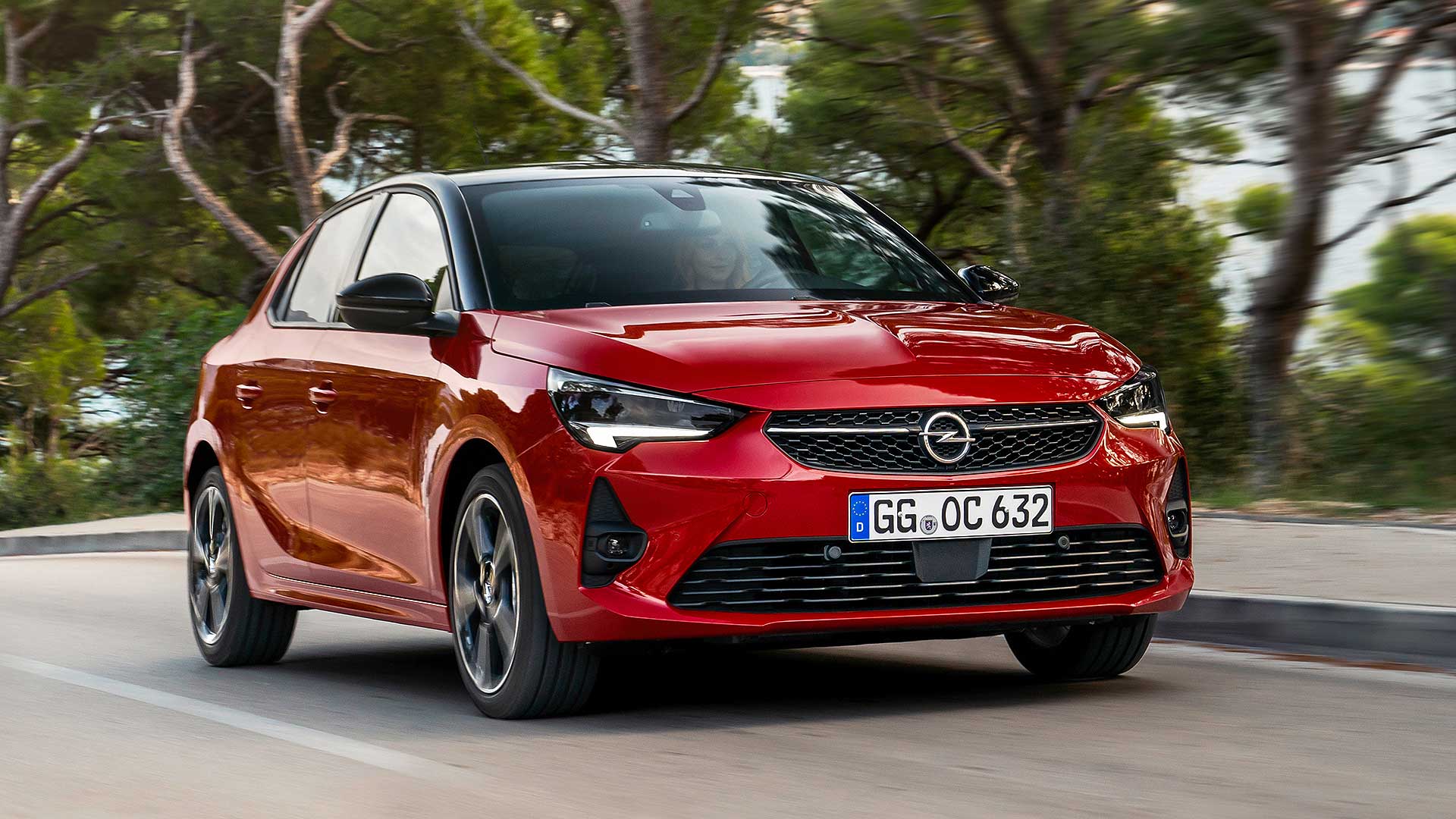 The new Vauxhall Corsa is a crucially important model for the brand. Long overdue, it has to revive the battle with Ford’s Fiesta for the title of Britain’s favourite small car.

Thankfully, early testing suggests the 2020 Corsa is the car to do exactly that. It’s a very impressive all-rounder. 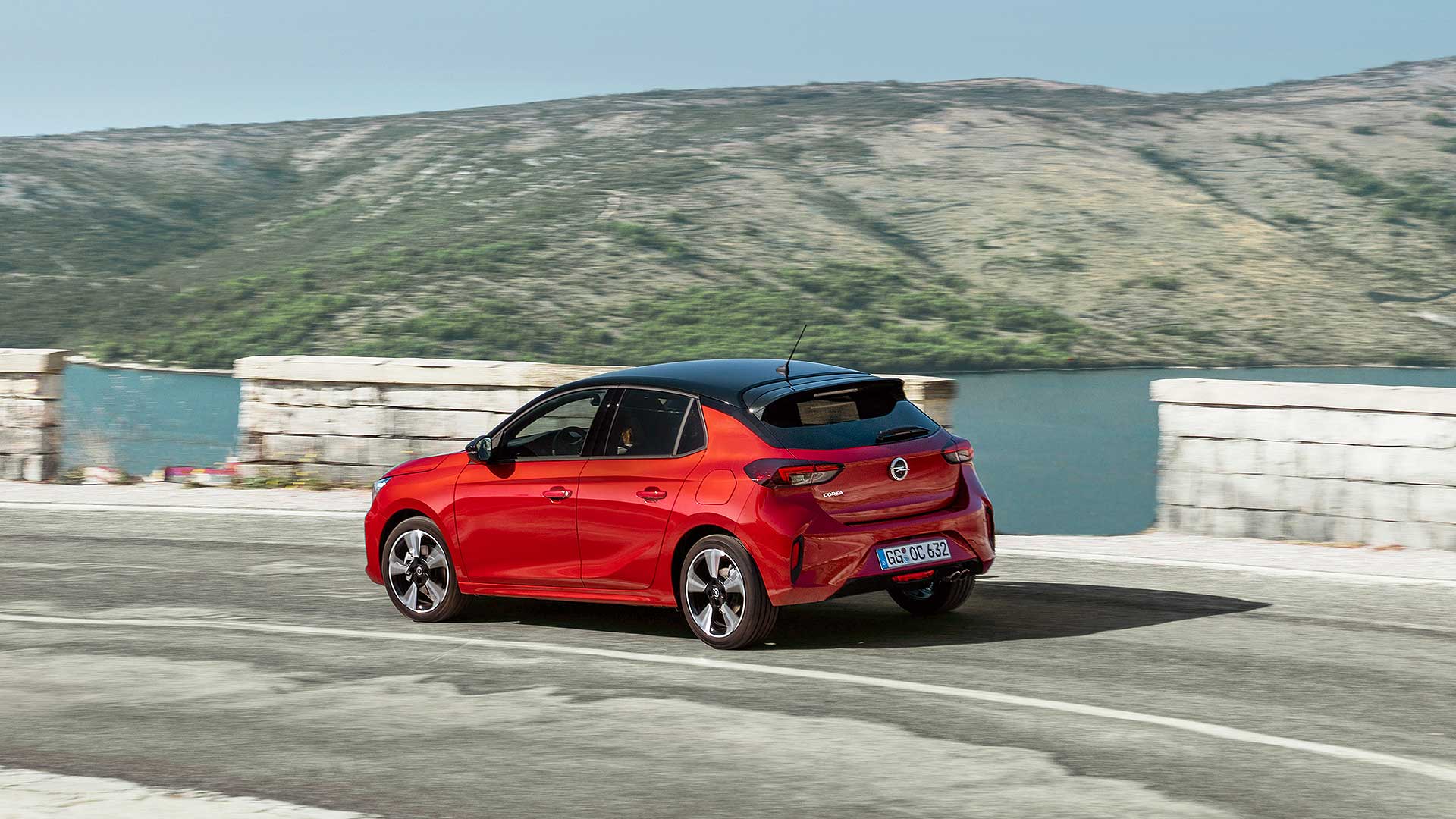 It has few obvious weaknesses, and many standout strengths. It looks appealing, is comfortable and reasonably premium inside, and has an excellent 1.2-litre turbo petrol engine. Most refreshingly, it drives extremely well, light years ahead of the old Corsa, and already seems set to be a supermini sector front-runner.

The comparison tests will come when it arrives in the UK in January 2020. Until then, let’s explore why the long wait for a new Corsa looks to have been worth it. 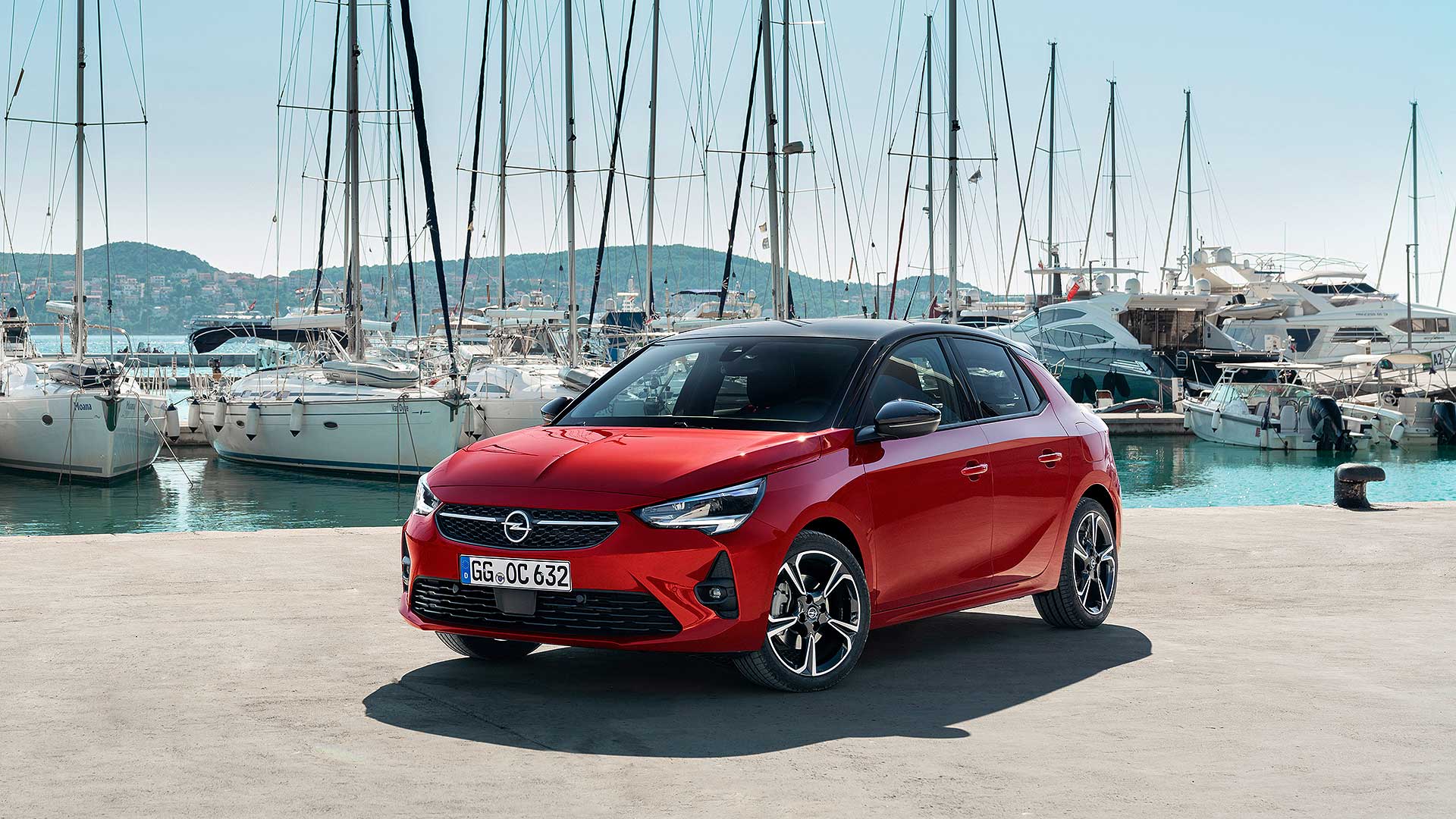 Vauxhall has made the new Corsa more car-like, rather than the MPV-infused style of the current model. The bonnet is longer, the windscreen steeper, and there’s more space between the wheels. This makes it look a lot bigger than it actually is – length has grown only slightly, to just over four metres.

It’s a very smart-looking car, very Germanic. The lines are clean and confidently-cut, with nice, simple but premium-look surfaces. The new Corsa appears a more expensive car than before. Several times, the designers mentioned it being more of a competitor to the Audi A1. 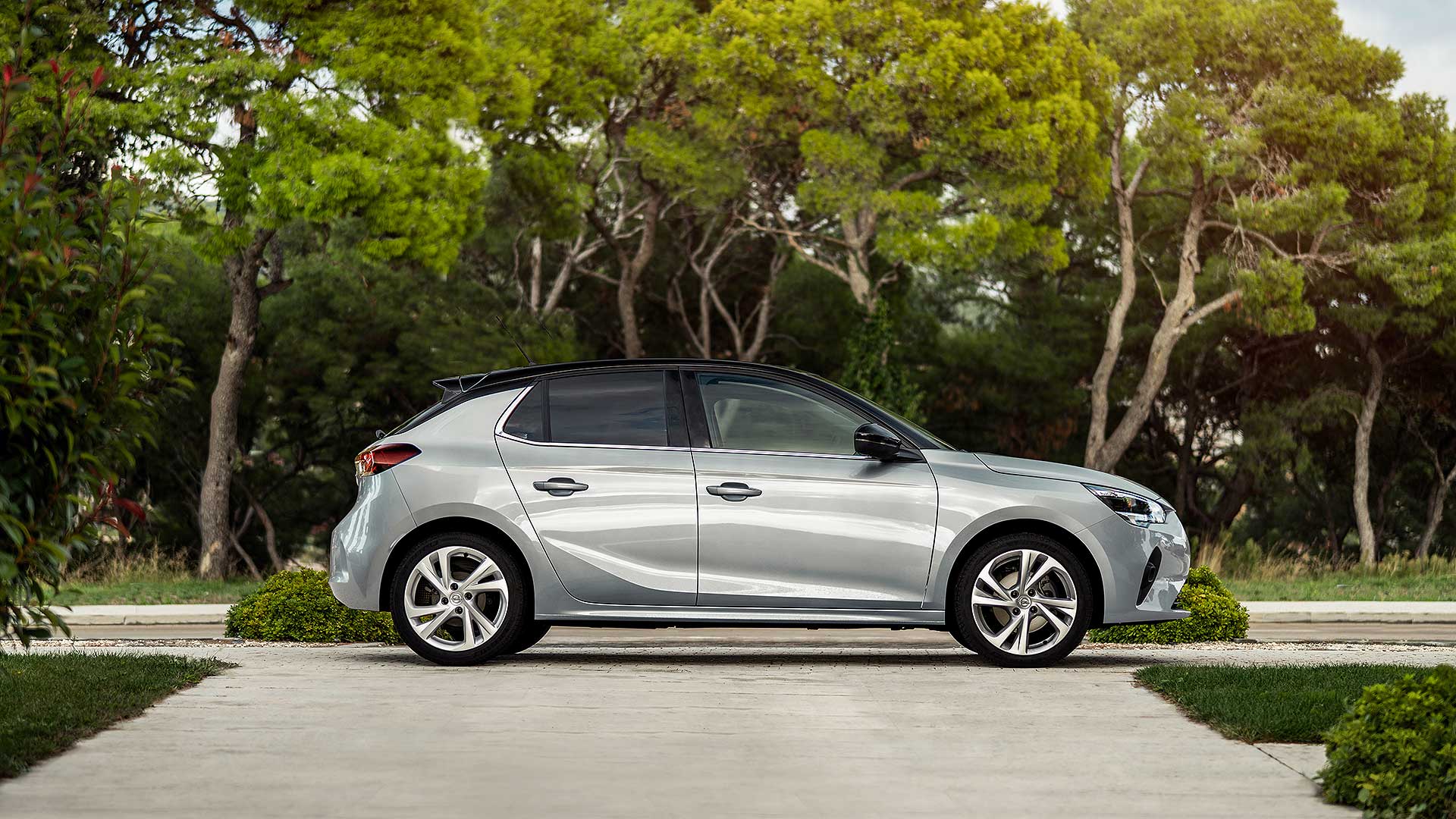 There are some nice touches. The flared wheelarches, for example, inspired by the Vauxhall Nova and Mk1 Vauxhall Corsa. The contoured ‘wedge’ on the body sides is also distinctive, and the rear has a sporty rake. LED lights all-round make it look upmarket, too. 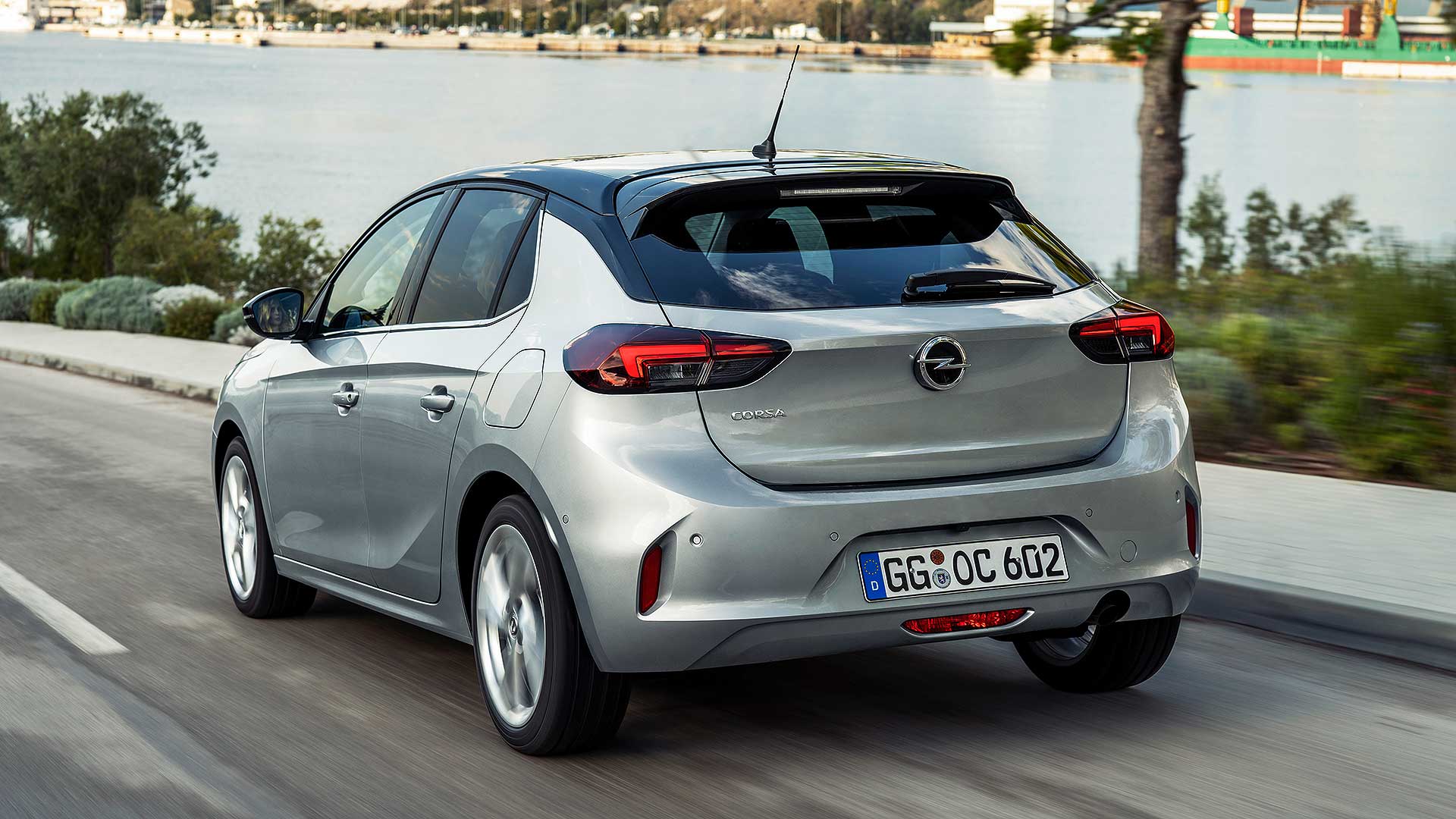 Inside, there’s been a big lift. Quality has been stepped up, with nicer soft-touch plastics and a more refined finish. The infotainment screen is crisp and ‘real’ heater buttons make a welcome contrast to packing everything into the touchscreen, Peugeot-Citroen style. 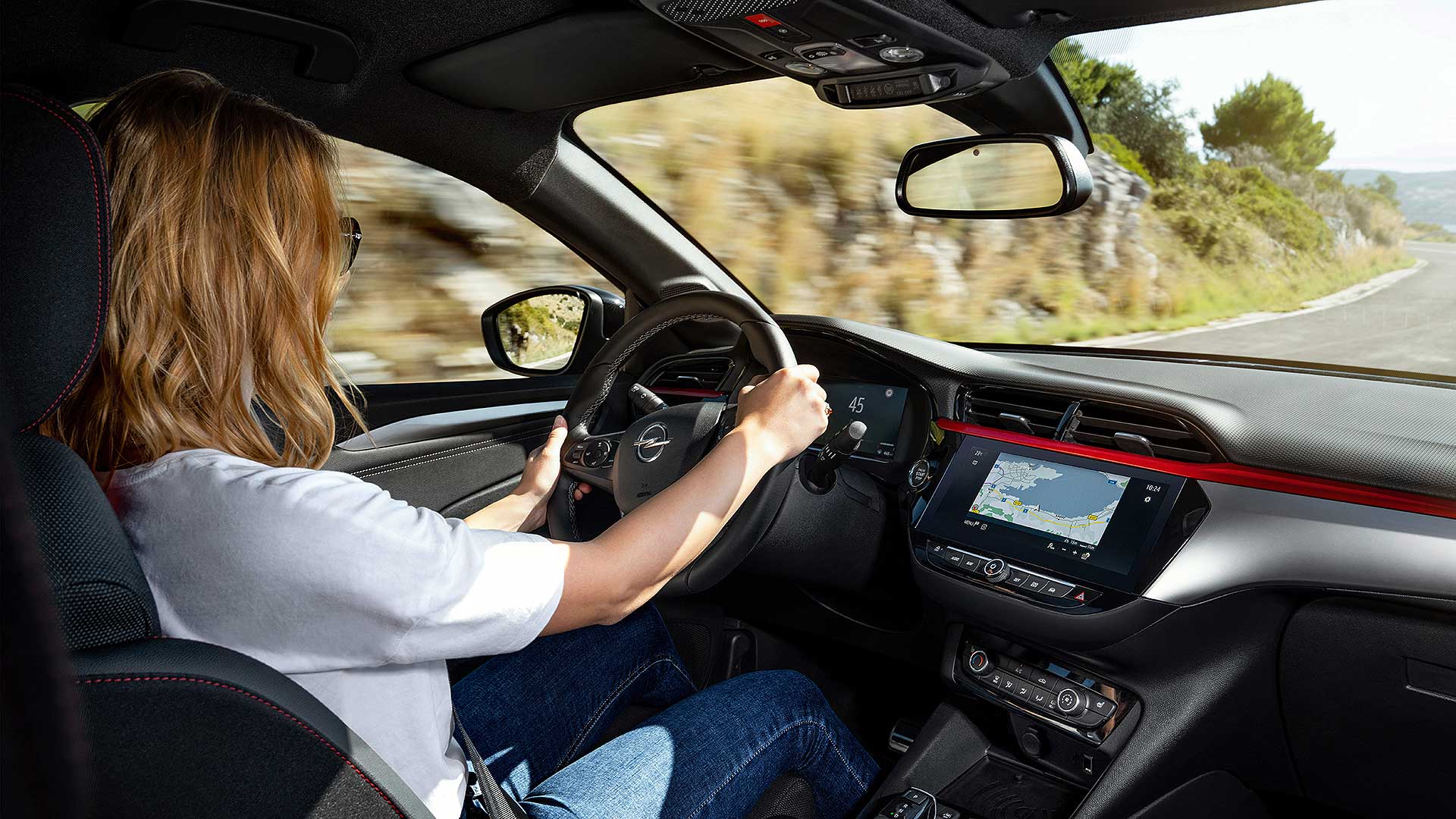 The seats are also mounted much lower than in the previous Corsa, so you feel like you’re sat within the car, rather than teetering on top of it. A reasonably high window line, plus the tall dashboard, enhance this ‘cockpit’ feel. 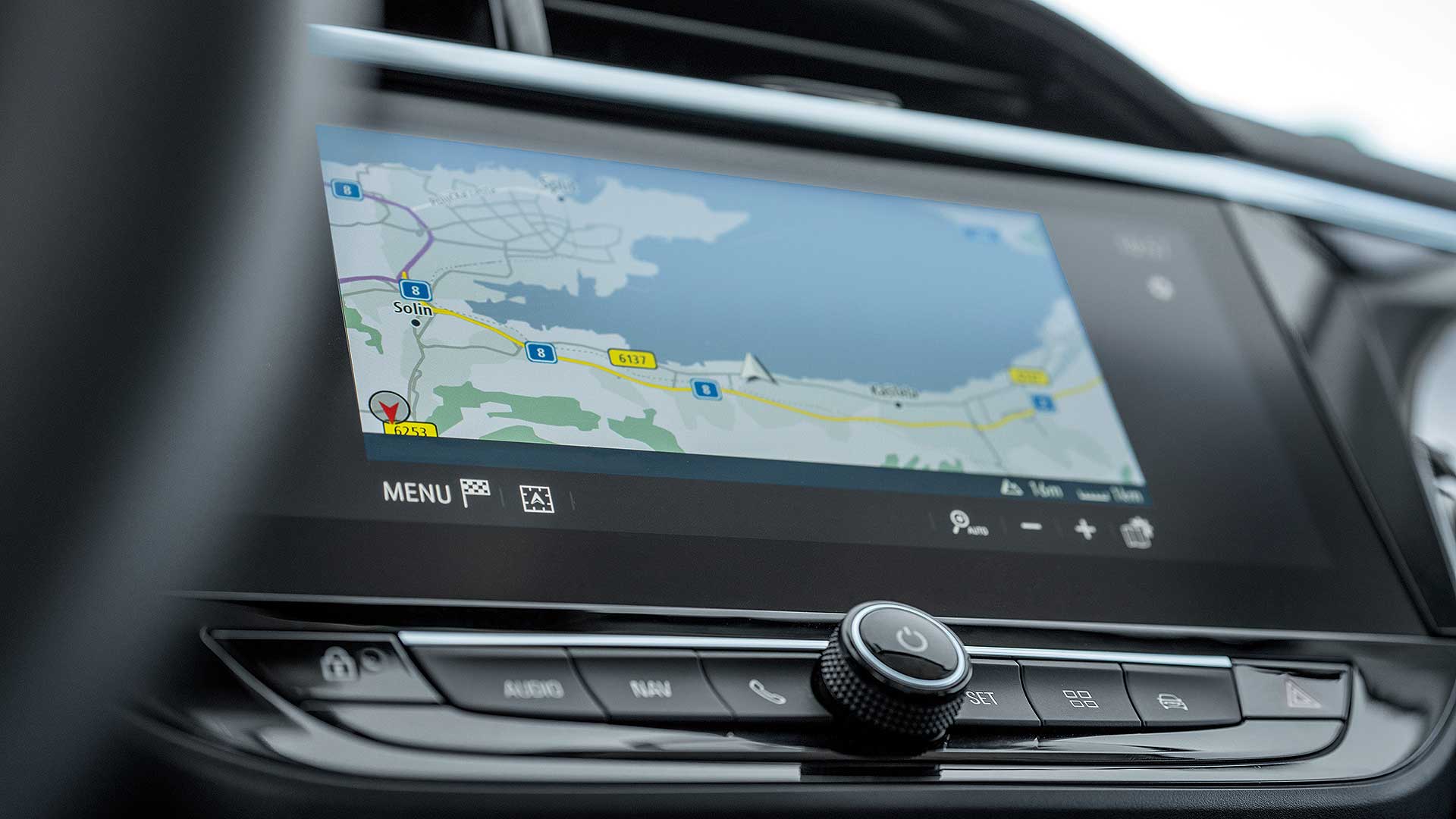 The longer wheelbase has made stepping in and out of the rear easier (just watch your head: the side of the roof dips down a bit).

Adults sat behind adults might find it feels a bit cosy, but there’s sufficient space there not to feel squashed – enough room for heads and knees, and plenty of room for feet. It’s more comfortable than, say, the latest Renault Clio. The 309-litre boot is also well-shaped, earning good practicality points. 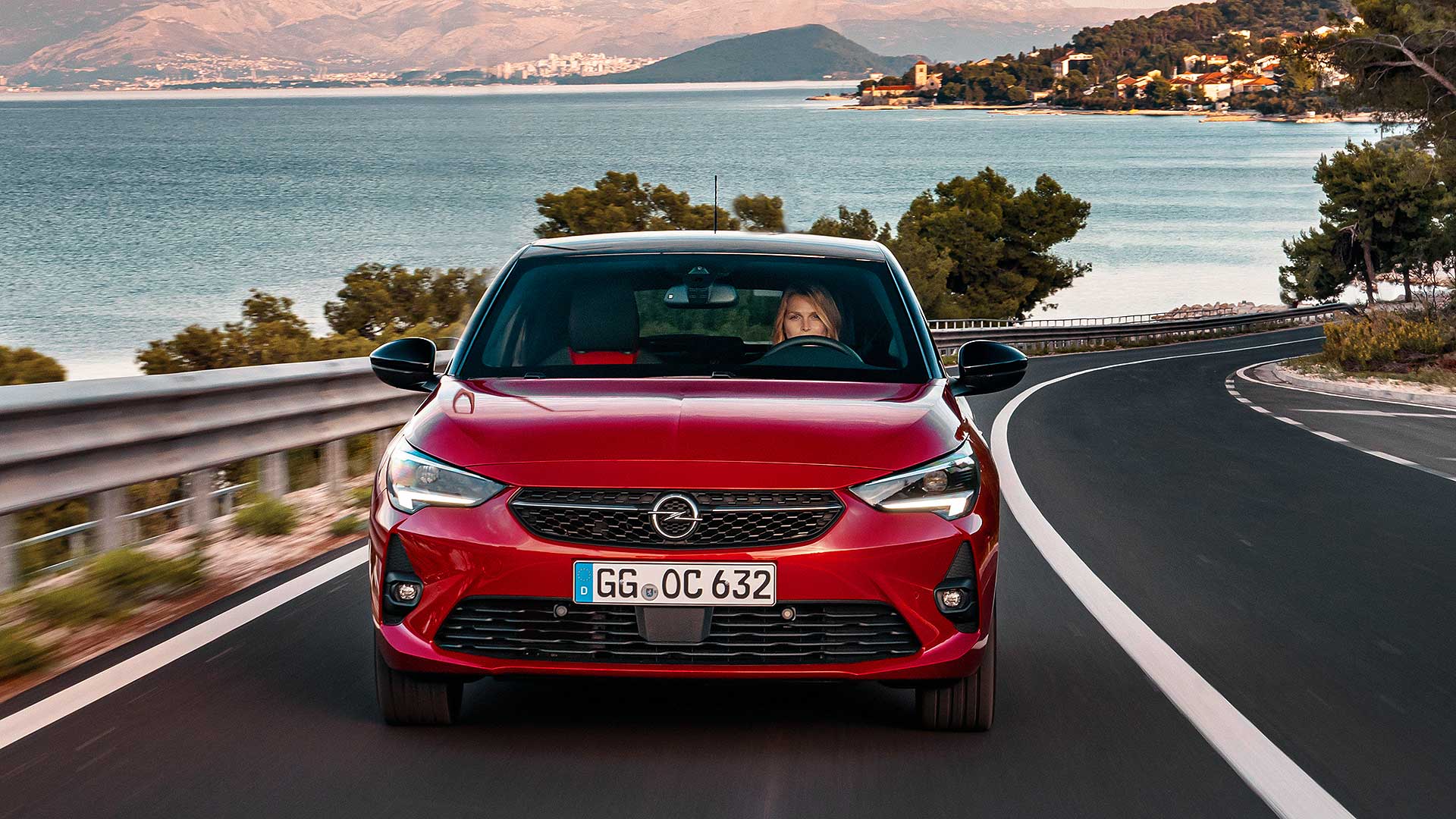 The vast majority of Corsas will have a 1.2-litre three-cylinder turbo petrol engine, producing either 100hp or 130hp. It’s the same one used by the Peugeot 208 and Citroen C3; the Corsa actually shares underpinnings with the latest 208, courtesy of new owner Groupe PSA.

Indeed, Vauxhall actually had a previous Corsa, built on old owner GM’s technology, pretty much ready to go. Then the company was sold – and a staggeringly-fast two-year redevelopment to build this car began. That’s why the old one lingered too long. And why the engineers are so proud of what they’ve achieved. 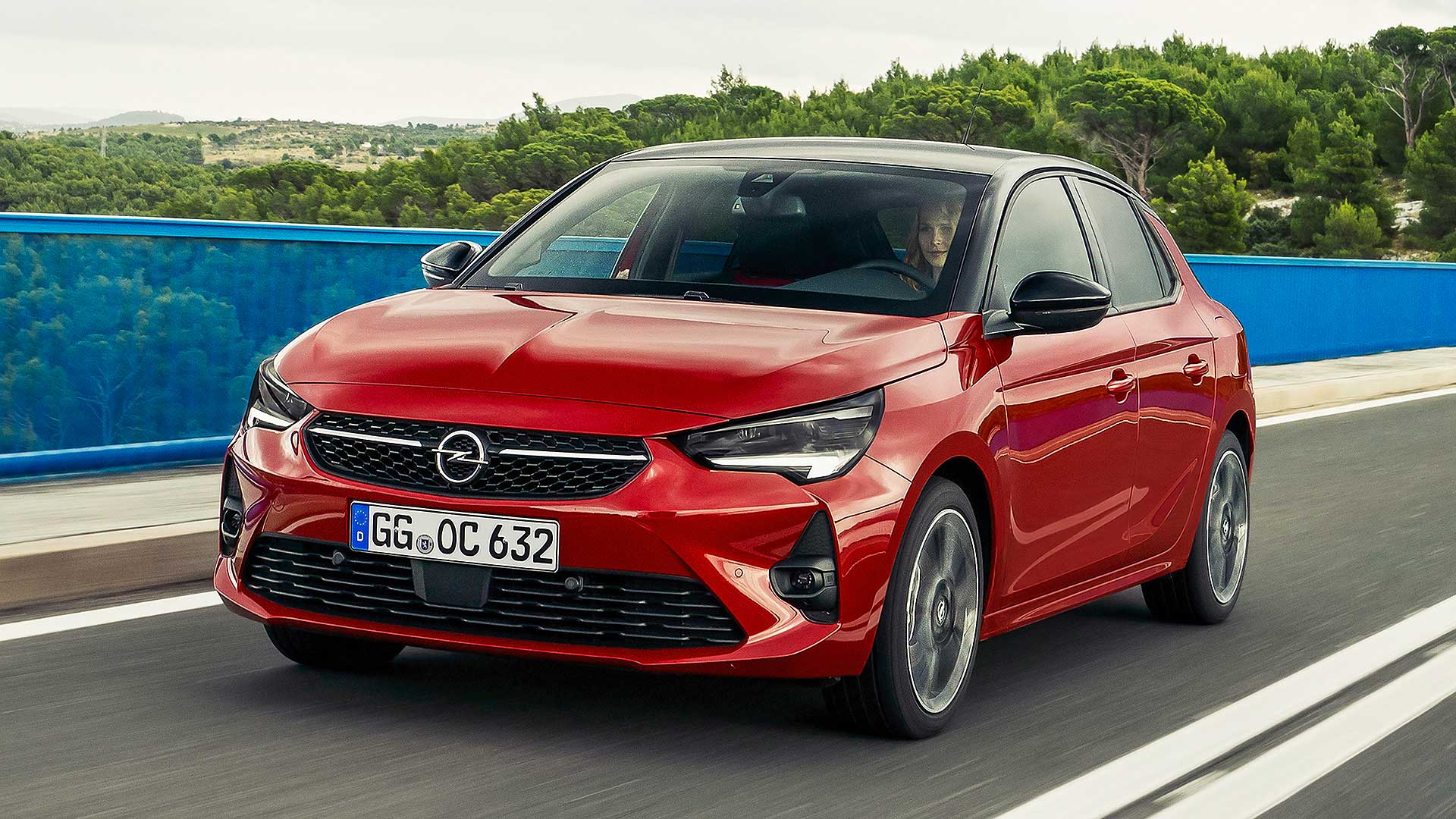 We were spoiled, getting to drive a range-topping 130hp version first. The car was paired with the optional eight-speed automatic gearbox, too. It’s an impressive combination, with the smooth-shifting transmission coupling nicely to the throbby engine.

There’s strong pulling power and an enthusiastic rasp when driven quickly. As the Corsa is a bit lighter than the old one, it’s fun on twisting roads. 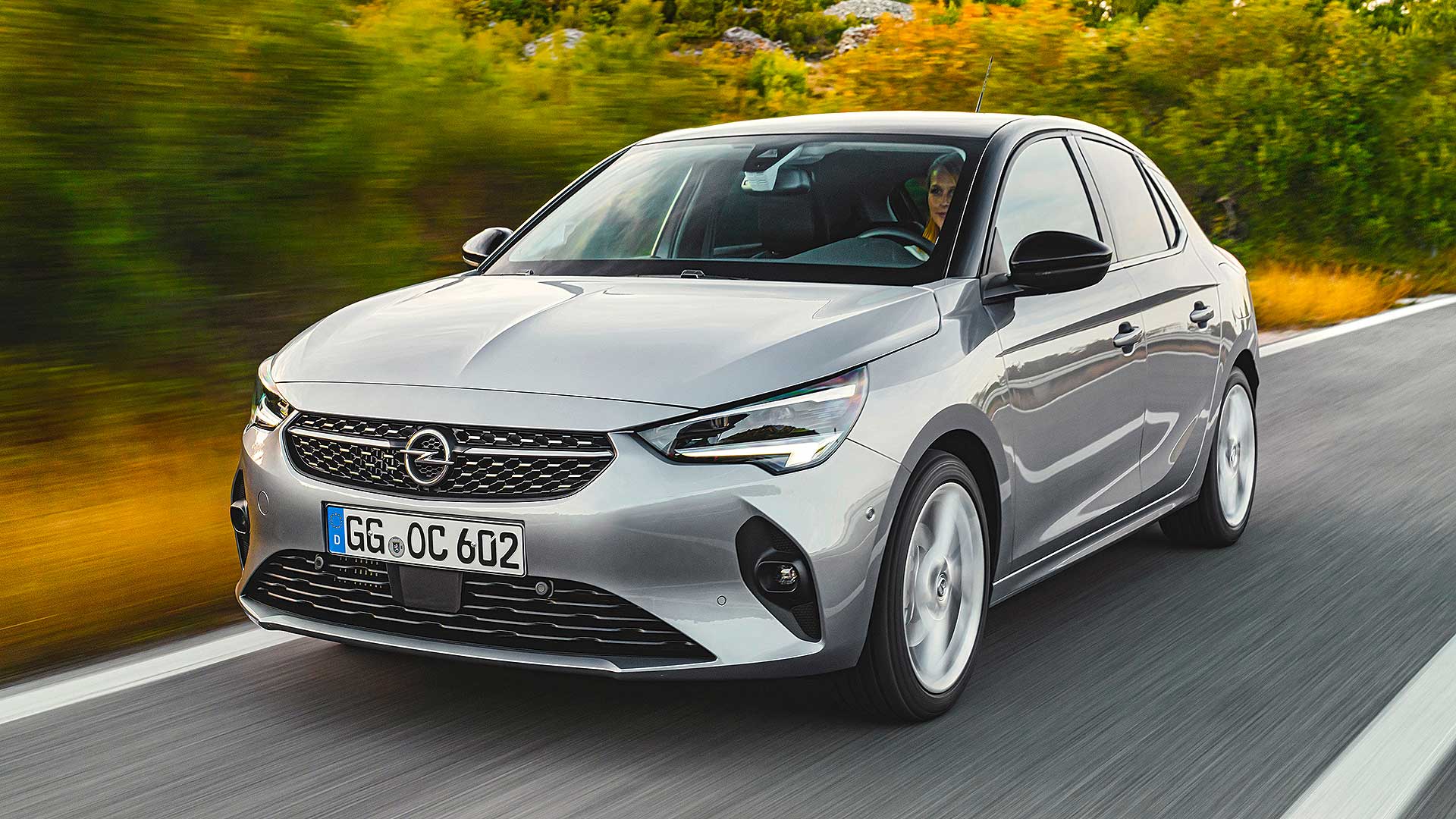 The 100hp version doesn’t short-change you, though (luckily, as the 130hp Corsa isn’t yet confirmed for the UK). If anything, its torque is even more impressive, lugging up hills with ease even from low revs. The clutch is positive, the six-speed gearbox is snappy (and more direct than in many Peugeots and Citroens), even the noise it makes is appealing. It’s not a silent-running engine, but it’s a cheery-sounding one, so you don’t mind.

For research purposes, we also drove the diesel, a 1.5-litre four-cylinder. This is much less impressive. It has a narrow power band, with negligible pull below 1,500 rpm – you often have to change down from sixth to fifth on motorways, and it will simply refuse to pull forward at slow speeds if you’re in the wrong gear. It seemed to deliver very good real-world economy, but when the petrols are so pleasant, it’s not worth the £1,200 extra over the 1.2 turbo.

The new Corsa has a big car, grown up feel. The ride is stable at speed – it feels made for fast German autobahns. It’s tauter than its French siblings in town, but it also rides quietly, with controlled bump-thump. Handling is wieldy, with easy and responsive steering, and its noticeably lighter on its feet than the old Corsa. 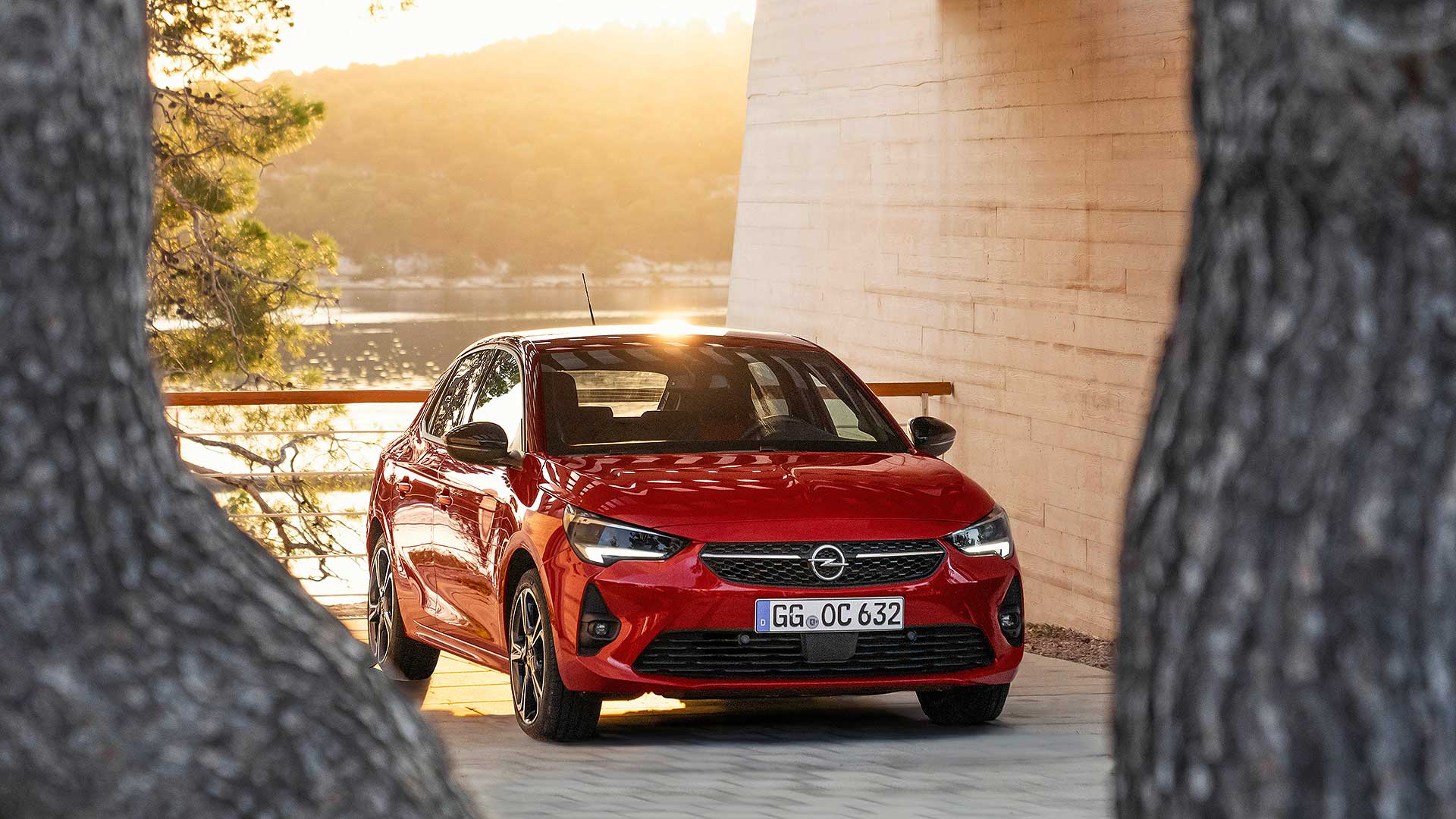 It corners without too much roll, feels wider-tracked and lower to the ground, benefiting stability and driver confidence. The only unusual observation was a more jiggly and unsettled ride in the diesel running 16-inch wheels than the two petrol cars on 17-inchers. It might have been the eco tyres fitted to the diesel: keep an eye on it in the UK.

Special mention must go to the headlights. The Corsa has LED headlights as standard – or, as an option, the supermini sector’s first Matrix LED lamps. These are made up of sections that switch off individually when an oncoming car is detected, so you can have full main beam without dazzling the other driver.

On an evening test route, they proved incredible. No small car has ever had headlights this crisp and bright. They may sound like an extravagance, but once you’ve sampled them, you won’t want to go back. 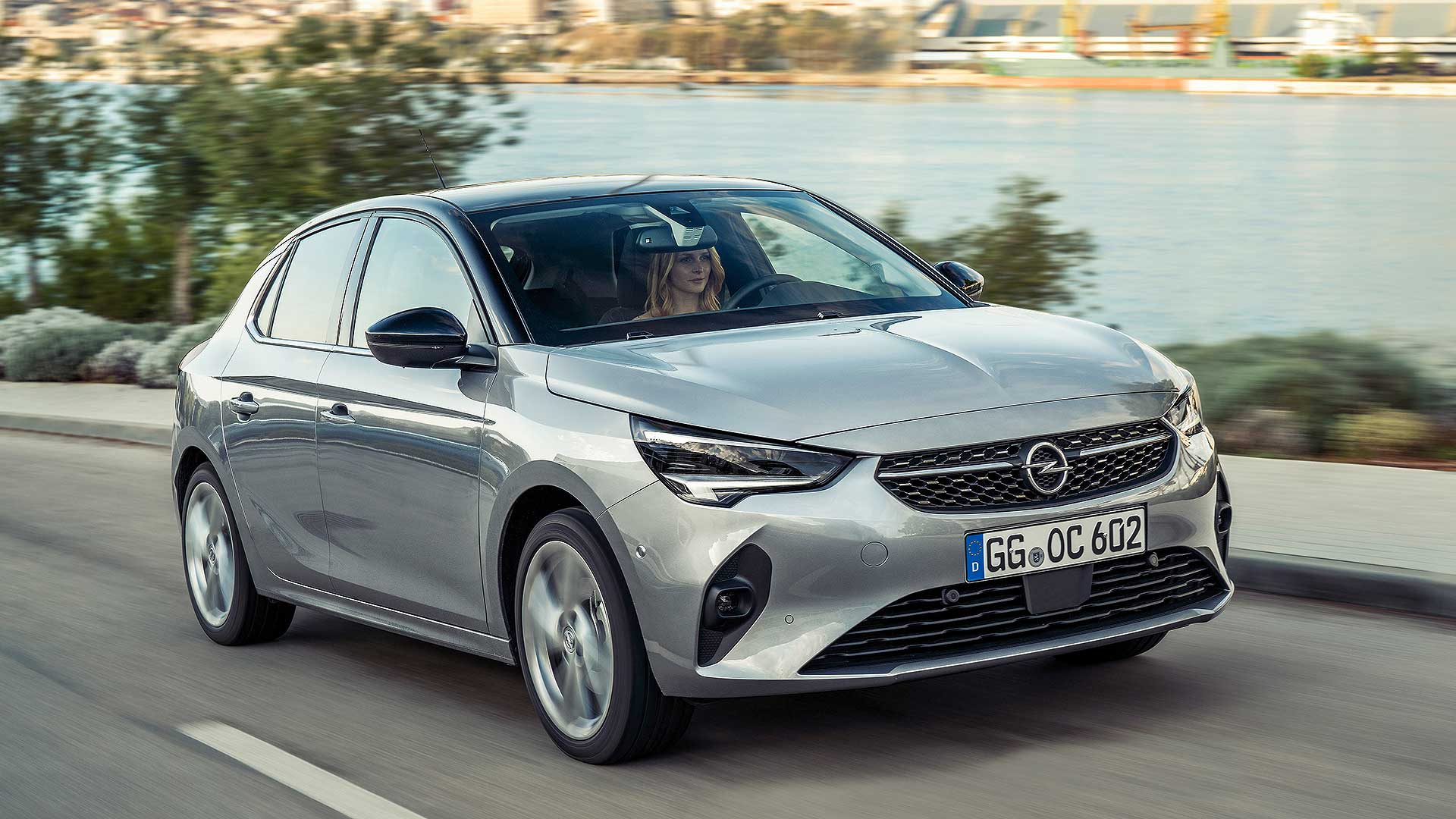 The new Vauxhall Corsa is a massive step on from the old model. As the British brand’s most important car here in the UK, retailers will be breathing a sigh of relief at once again having a thoroughly competitive car to sell against the likes of the Ford Fiesta and Volkswagen Polo. All have their own strengths, but the Corsa is now good enough to square up to them with confidence.

It’s a stylish-looking car, with Germanic, premium lines and an upscale interior. It drives like a bigger car, the turbo petrol engine is likeable and the package is backed up with a good array of standard safety features. There are even some standouts, like the Matrix LED headlights.

The diesel is disappointing and rear space is only just enough, but otherwise, the Corsa is at last back to being a supermini contender worth a closer look.