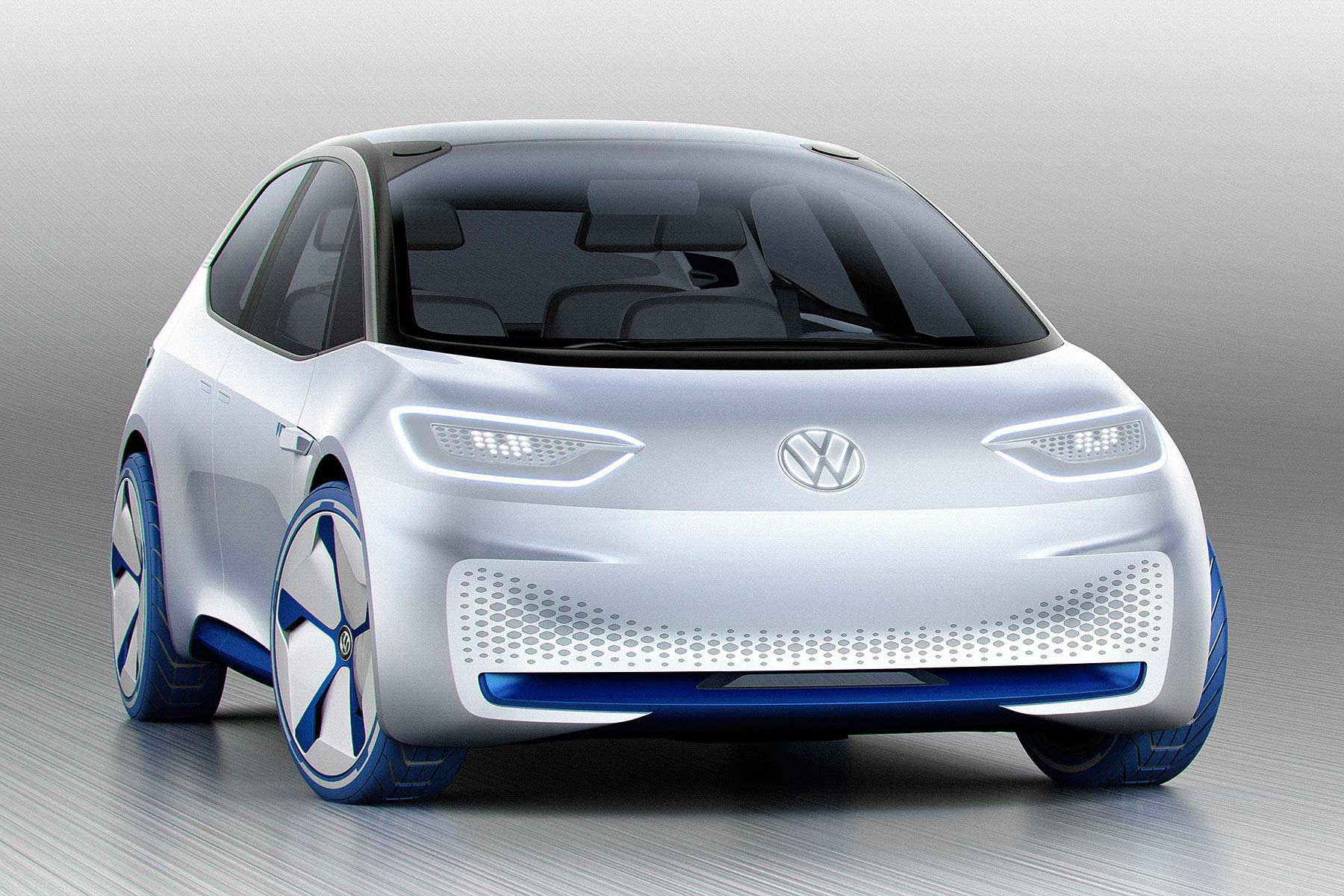 The new Volkswagen I.D. all-electric concept car has been revealed ahead of the Paris Motor Show 2016. With a remarkable claimed range of between 250 and 373 miles, it’s the first in a new era of post-dieselgate cars from the German giant.

The design is intentionally minimalist: the Volkswagen I.D. is intended to be a mainstream electric car, just as the Golf is a mainstream conventional car. It’s what’s beneath the surface that’s really significant here: a completely new architecture that’s radical enough to give a range equal to a normal petrol car. Volkswagen is calling this MEB – that’s ‘Modular Electric Drive’.

It’s not only all-electric either: the Volkswagen I.D. also demonstrates a fully automated self-driving mode that the firm says will launch on the market in 2025.

The I.D. won’t just be a solus electric car – its arrival in 2020 will make it the first in an entire fleet of all-new Volkswagen electric cars, all of which will be “highly innovative”.

You can expect all future Volkswagen electric cars to carry the styling cues seen on the I.D. concept car – the firm says it’s an entirely new design DNA just for electric cars. As for the I.D. itself, Volkswagen is firmly pitching it as “a compact electric car in 2020, parallel to the Golf”.

The electric motor is rated at a punchy 170hp, more than enough for swift family hatchback performance. The range of up to 373 miles will be on a single battery charge, says Volkswagen.

Inside the Volkswagen I.D. the simpler and more compact packaging potential of an electric car has allowed the firm to create “an entirely new spatial experience” which it’s calling Open Space. For Open Space, think open-plan.

It becomes even more open-plan in that fully automated mode marked for launch in 2025: the steering wheel retracts fully into the dashboard when the car is driving itself.

The I.D. is a critical car for Volkswagen, which is still reeling from the dieselgate emissions crisis that’s affected millions of TDI diesels. Its strategic environmental response has been swiftly formulated and this is the first fruit of that plan. Volkswagen isn’t going to now sit back, either: by 2025, it aims to be selling one million electric cars like this a year.