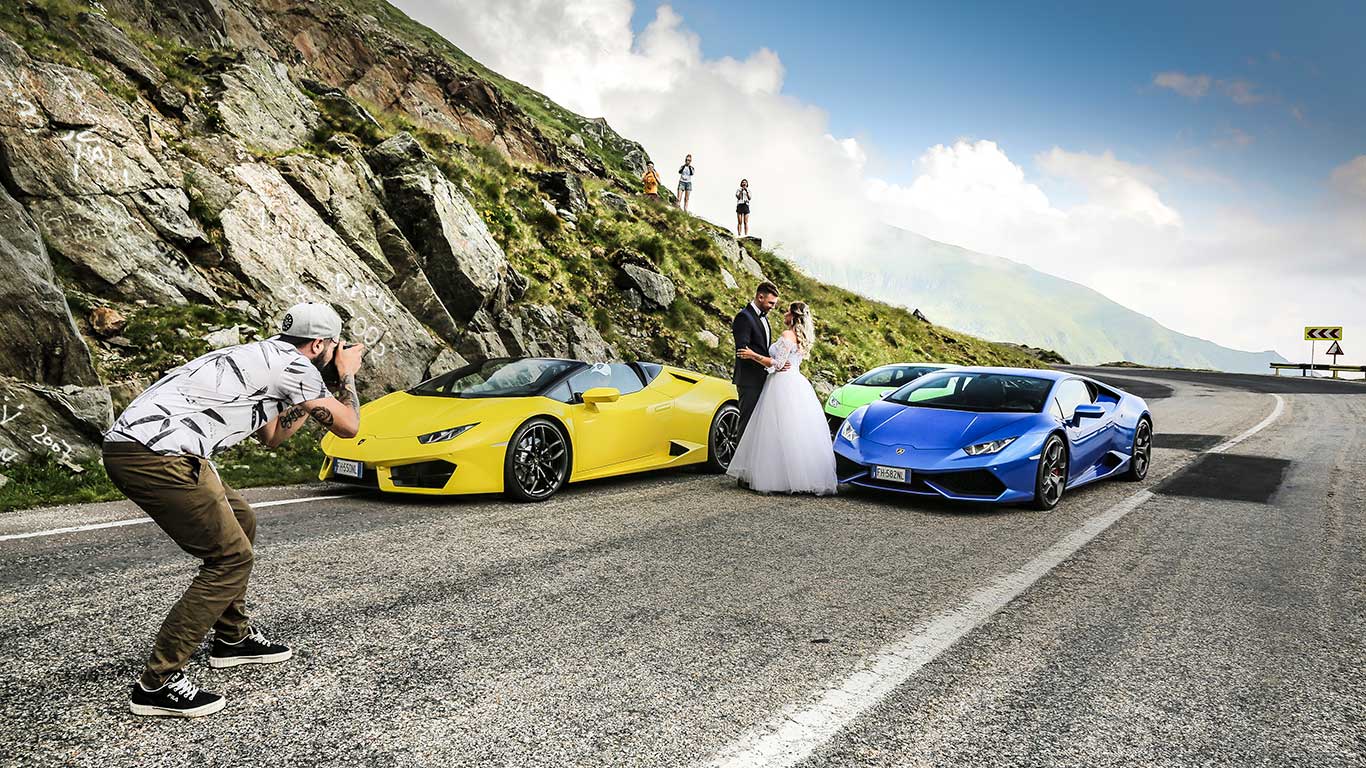 Instagram continues to be one of the fastest growing social media platforms, and it’s therefore only natural that cars find their way into your feed. Vehicle supplier OSV has investigated which brands have been hashtagged the most, and also which particular model gets the most attention.

Unlike comparing which Instagram brand has the most followers, this list should ‘keep it real’ with what cars social media users are actually tagging. This is the top 20 in ascending order. 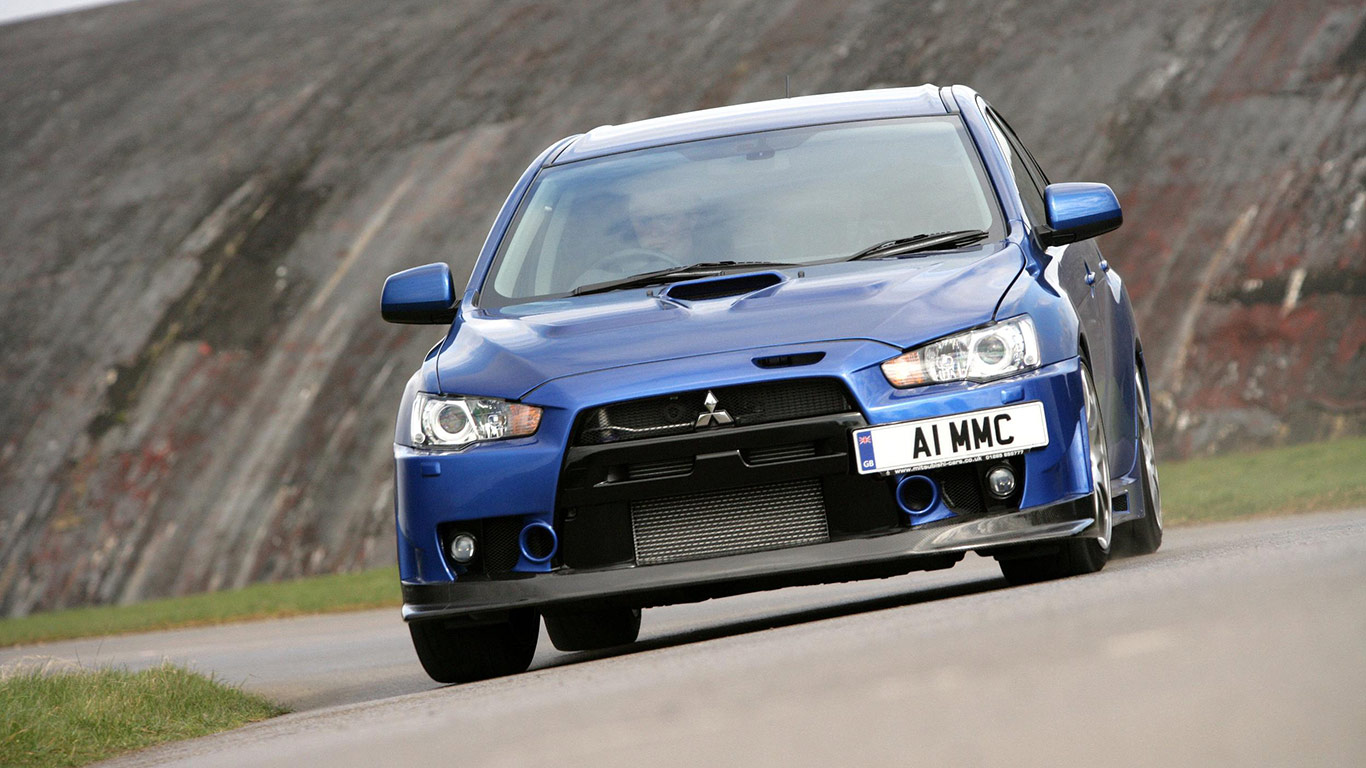 The Mitsubishi brand actually applies to everything from banking to industrial machinery and even air conditioning units. We’ll give the Japanese brand the benefit of the doubt and assume people are more inclined to post about their new car, rather than the latest forklift truck.

Less surprising is that the Lancer Evo tops the table for the most hashtagged Mitsubishi. Covering ten versions, and with a huge following in the tuning world, it would always be a winner. 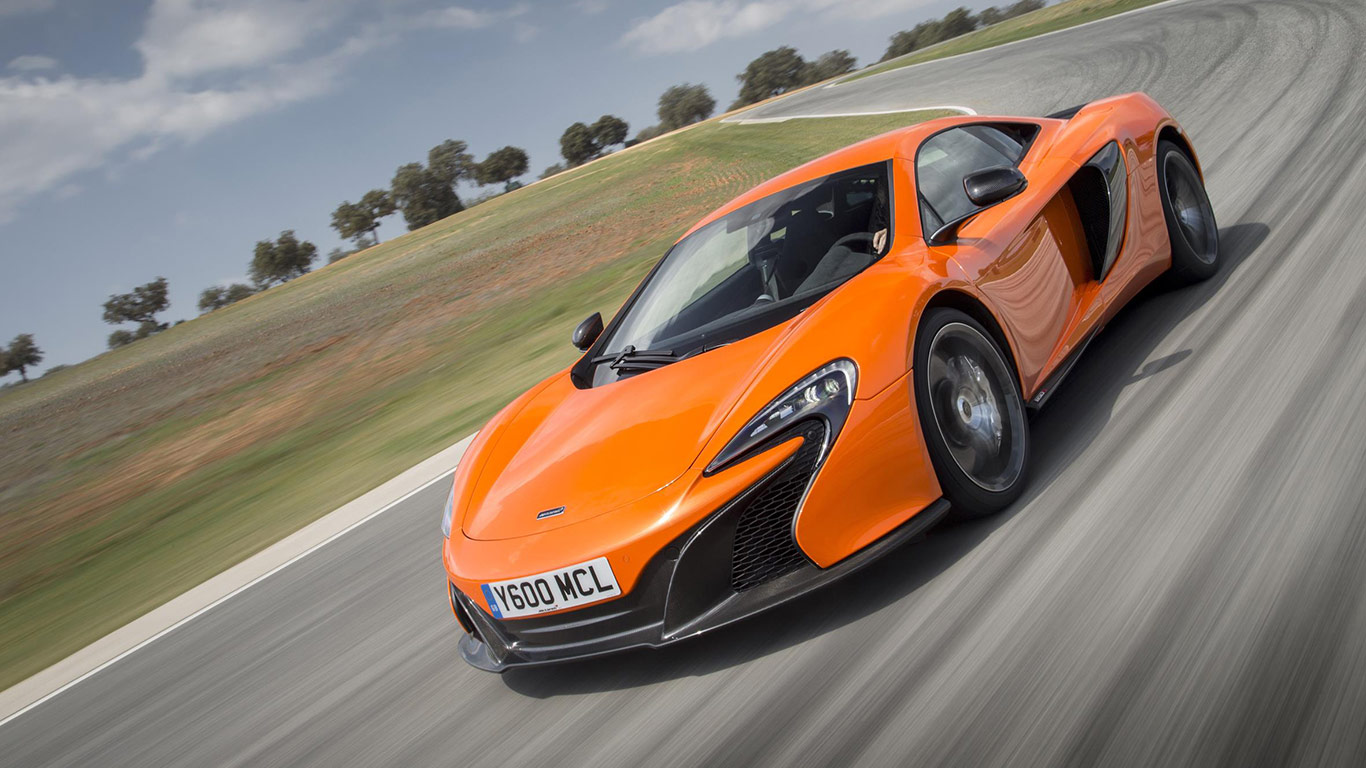 McLaren Automotive has just delivered its 15,000th car in just seven years of production. It’s a far cry from the ultra-limited-edition world of the legendary F1 road car, but proof that the brand is certainly buoyant. Attention on Instagram can only help build that following.

The 650S might now be out of production, but currently holds the most tags. Expect the newer 720S supercar to overtake it in the near future. 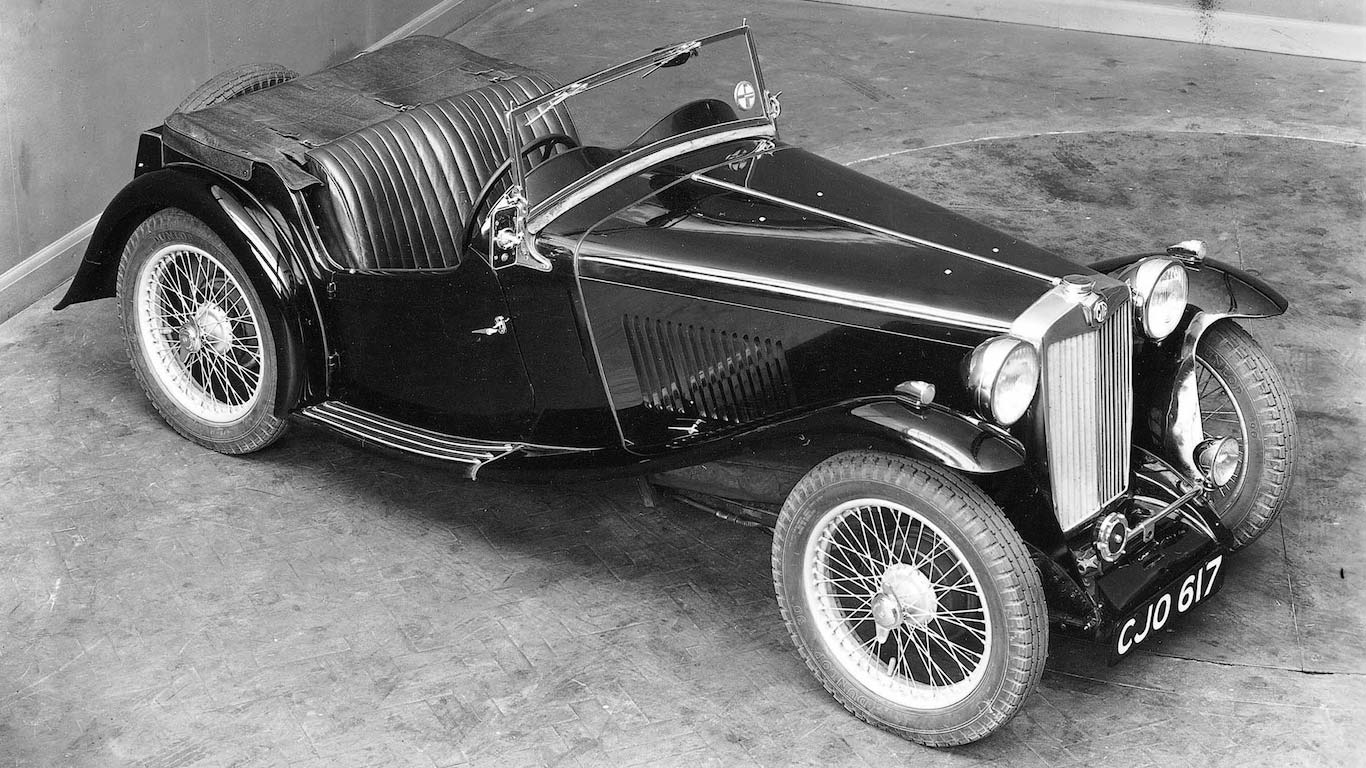 The olde-world image of MG and the shiny modern style of Instagram seems something of a juxtaposition, but the brand sneaks into 18th place on OSV’s list.

Maybe it’s all those hipsters finding a car like the TA Midget really suits a black and white photo filter, especially when combined with a beard and tweed jacket. 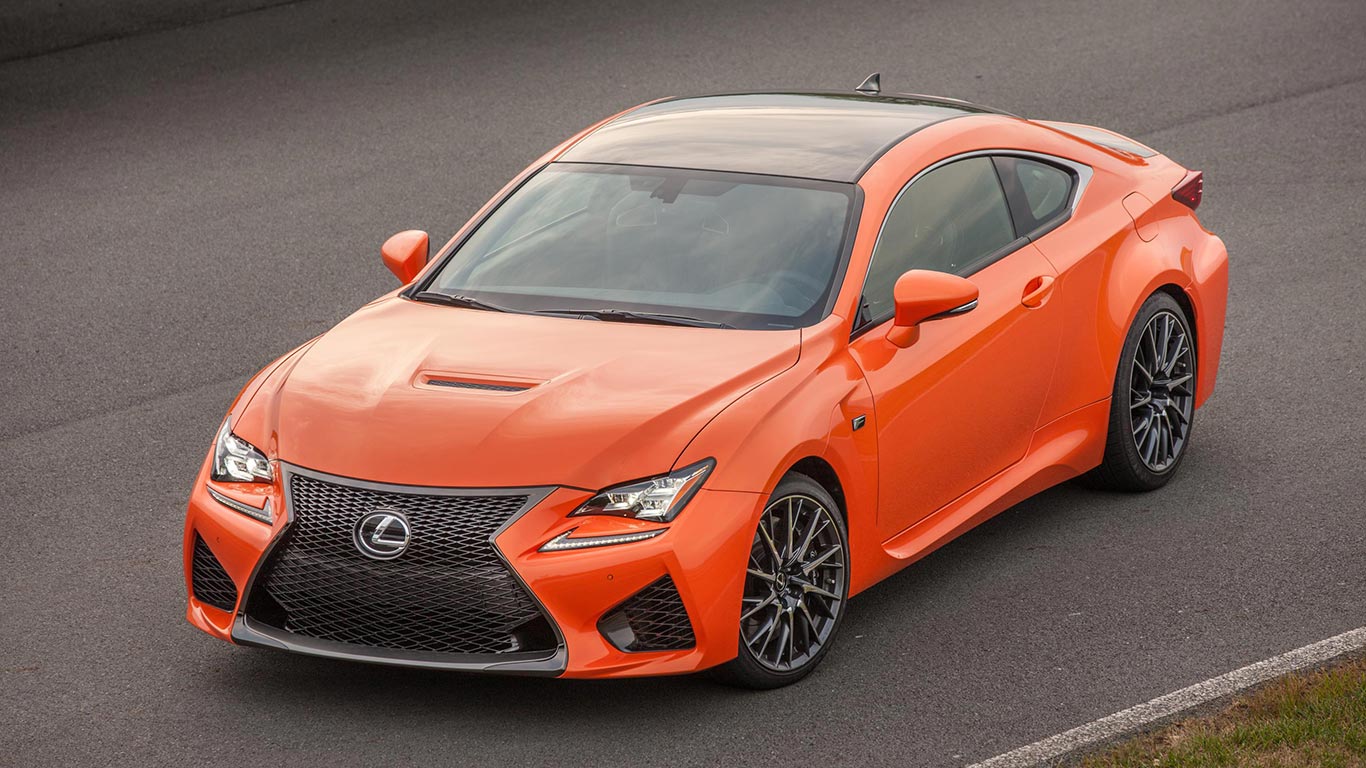 Lexus used Will.i.am to promote the crazy angular lines of the NX when it was first launched back in 2015. Still, that association hasn’t stopped fans of the company from posting about Lexus on Instagram today.

OSV claims that ‘lexusfsport’ is the most popular hashtag associated with the Japanese premium brand. With Lexus now applying the F Sport badge to a number of models, we’ve picked the handsome RC F Sport coupe to highlight here.

As one of the world’s leading luxury car companies, this again should not be too much of a shock. Instagramming Bentley products could cover anything from the brand’s participation in a variety of motorsport events, through to excitement at spotting the latest model on the street.

It’s the Bentley Continental GT that attracts the most attention, and we imagine that the all-new third-generation car will be driving the hashtags. 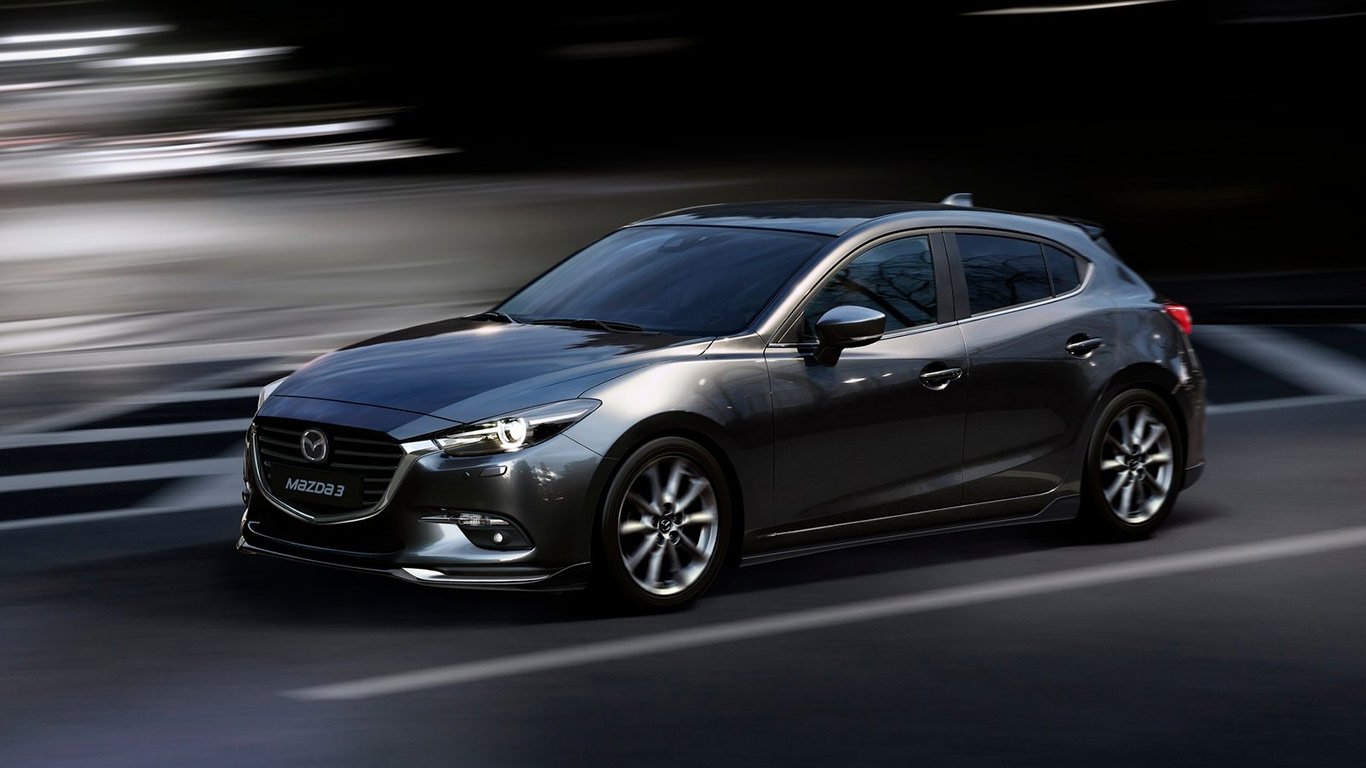 Although not one of the outright largest car manufacturers in the world, Mazda does have a loyal and devoted fanbase. Enthusiasts love the MX-5, whilst the rotary Wankel-engined cars will always hold cult appeal.

Which is why we were somewhat surprised that the humble Mazda 3 is the one which apparently gets the most tags on Instagram, with more than 600,000 at present. Perhaps it’s those pesky hyphens in the RX-7 and RX-8 names ruining the hashtags… 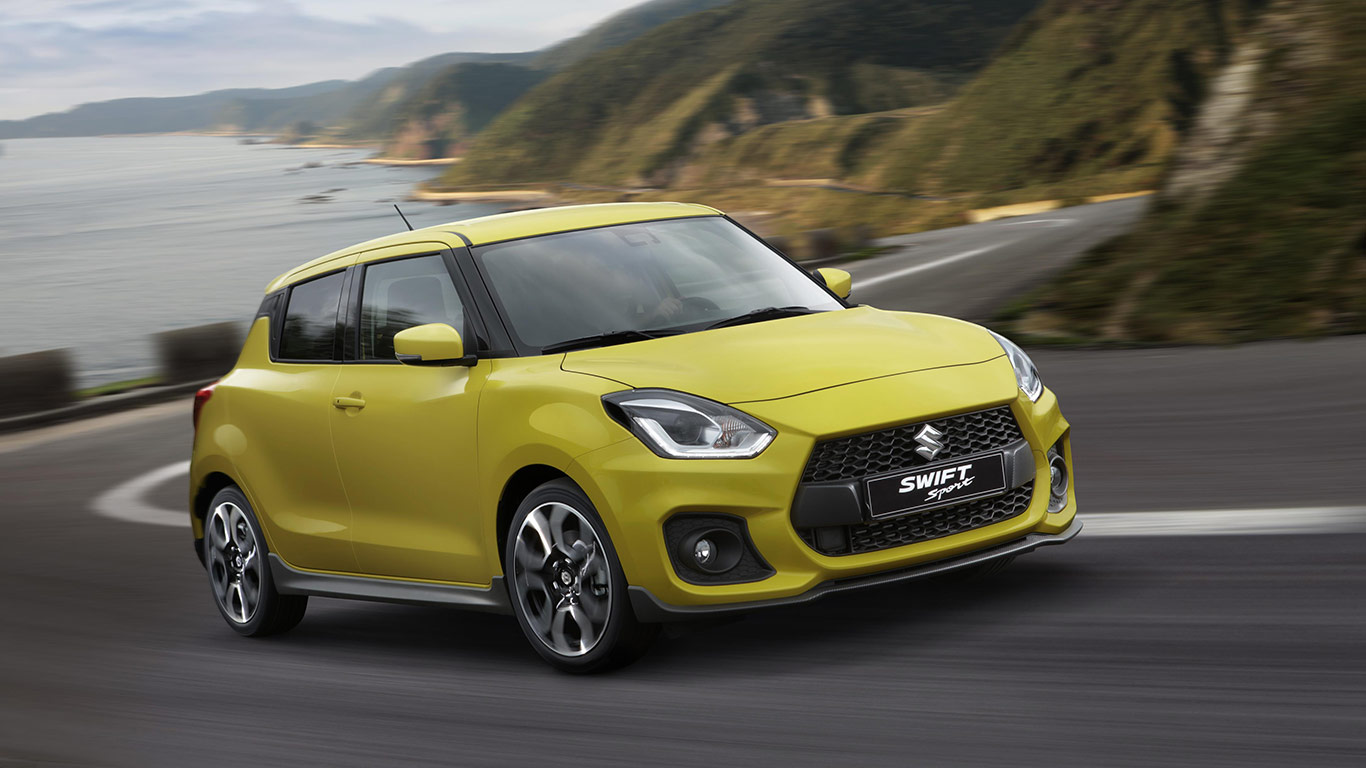 As with many of the companies here, #Suzuki could easily apply to cars, motorbikes, or even all-terrain vehicles. However, as the third largest seller of cars in Japan, we’ll go with the assumption that it’s all about the automobiles with this one.

The global appeal of the Swift helps make it the most popular model to be hashtagged. We imagine the Swift being produced locally in India under the Maruti subsidiary brings substantial hashtagging potential. 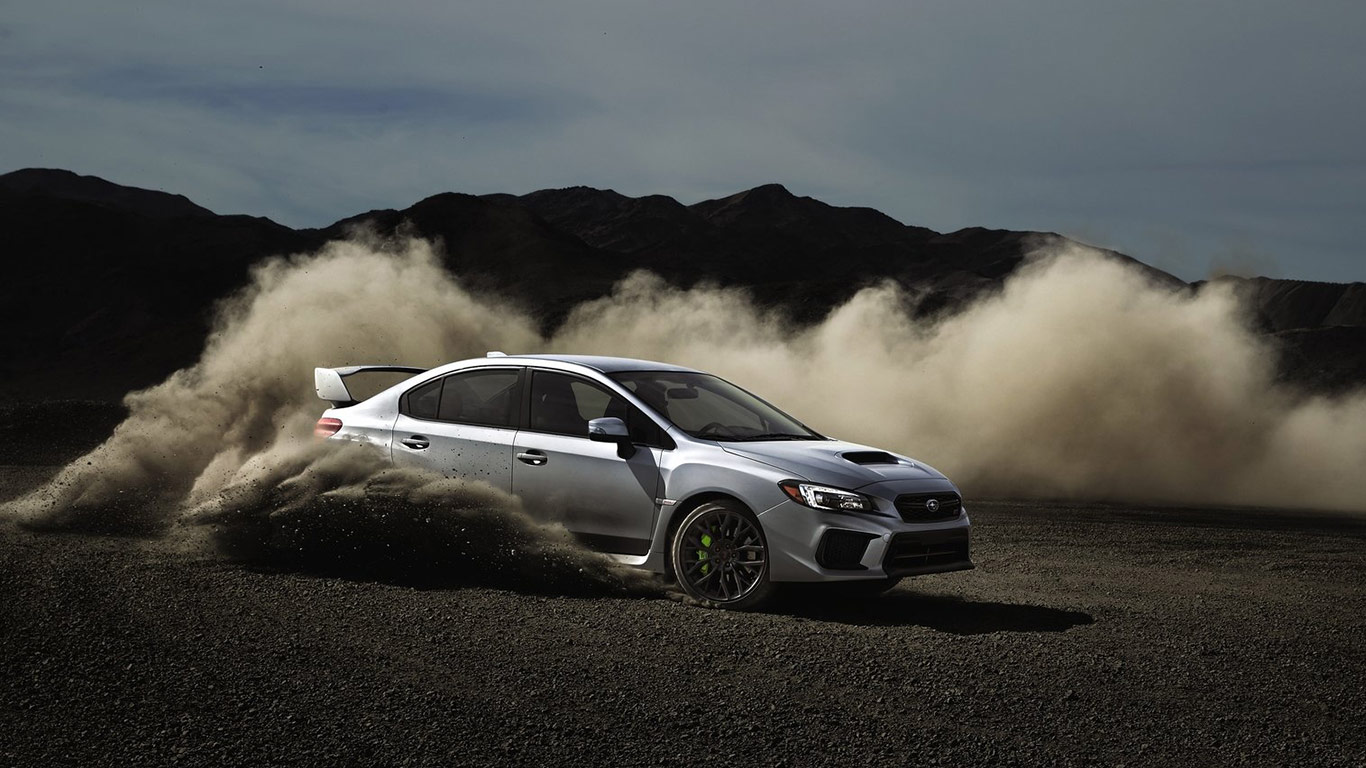 The UK may have fallen out of love with performance Subaru models like the WRX STI, but that doesn’t mean the rest of the world has too. Subaru’s performance brand is celebrating its 30th anniversary this year, and North America has just received the latest version of the STI saloon.

It’s the WRX model which steals the most hashtag attention on Instagram though. Probably not the ‘bug eye’ second-generation model from 2000, though – filters can only do so much. 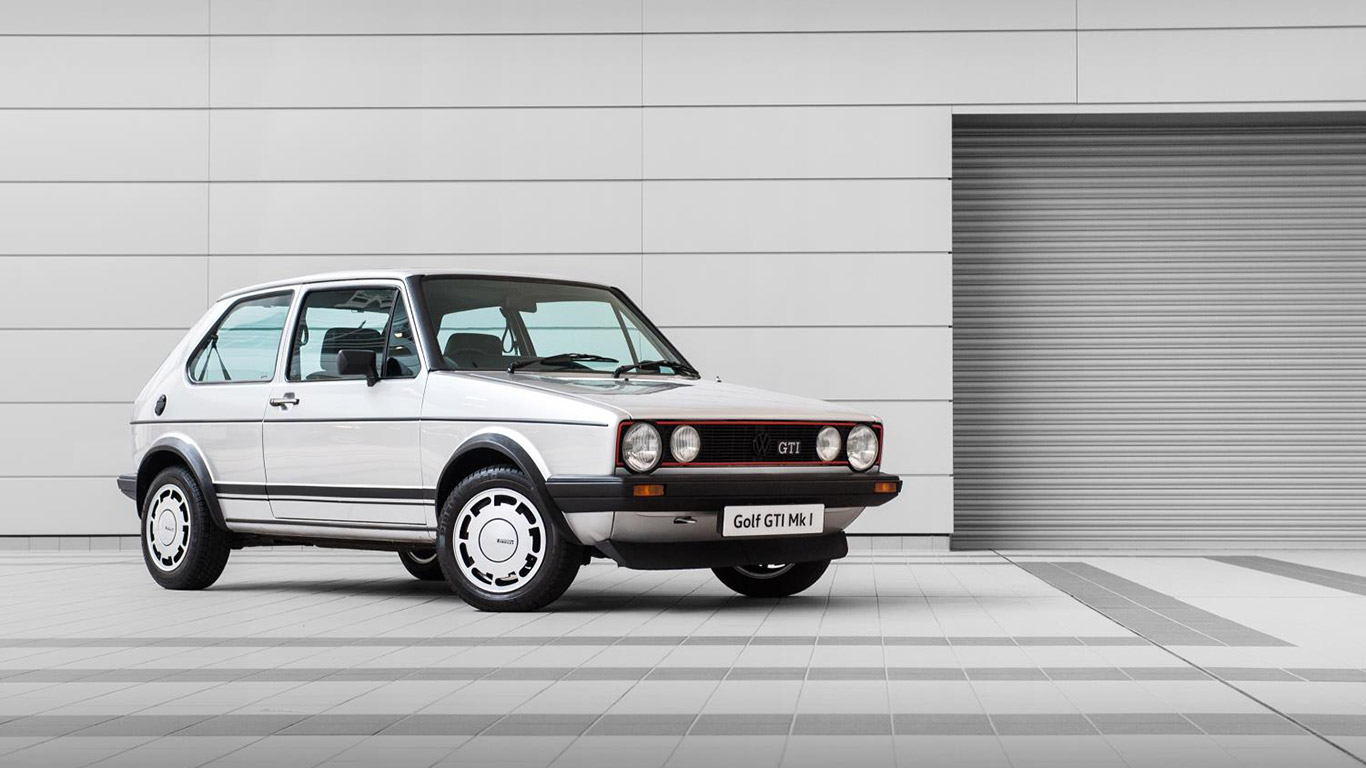 It may well be the ‘people’s car’ but Volkswagen needs more hashtags from fans to push it inside the top 10. Despite the Vee-Dub scene being eminently popular, perhaps those in it are just too cool for social media.

With more than 30 million examples built since 1974, the Golf is the most popular model to be hashtagged. Even dieselgate cannot kill the enthusiasm for the ever-present VW hatchback. 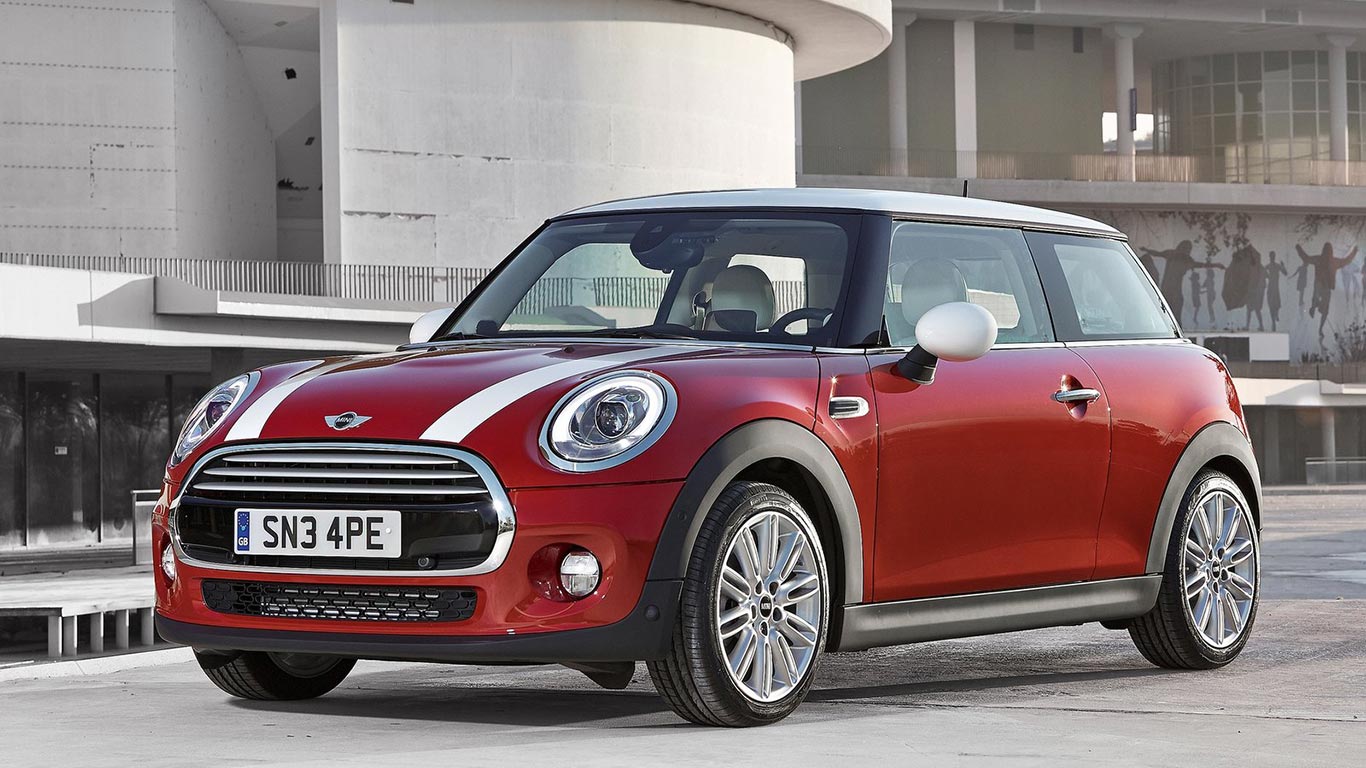 A classic British marque, or a modern brand within the BMW empire? Whichever way you choose to view Mini, it is at least popular on Instagram. More specifically, it’s the Mini Cooper that gets the most tags.

This does leave us with one of the great social media mysteries of our time, though. Is Mini Cooper Instagram equivalent to Fiat 500 Twitter (look it up)? And, more importantly, do we really want to know the answer to that? 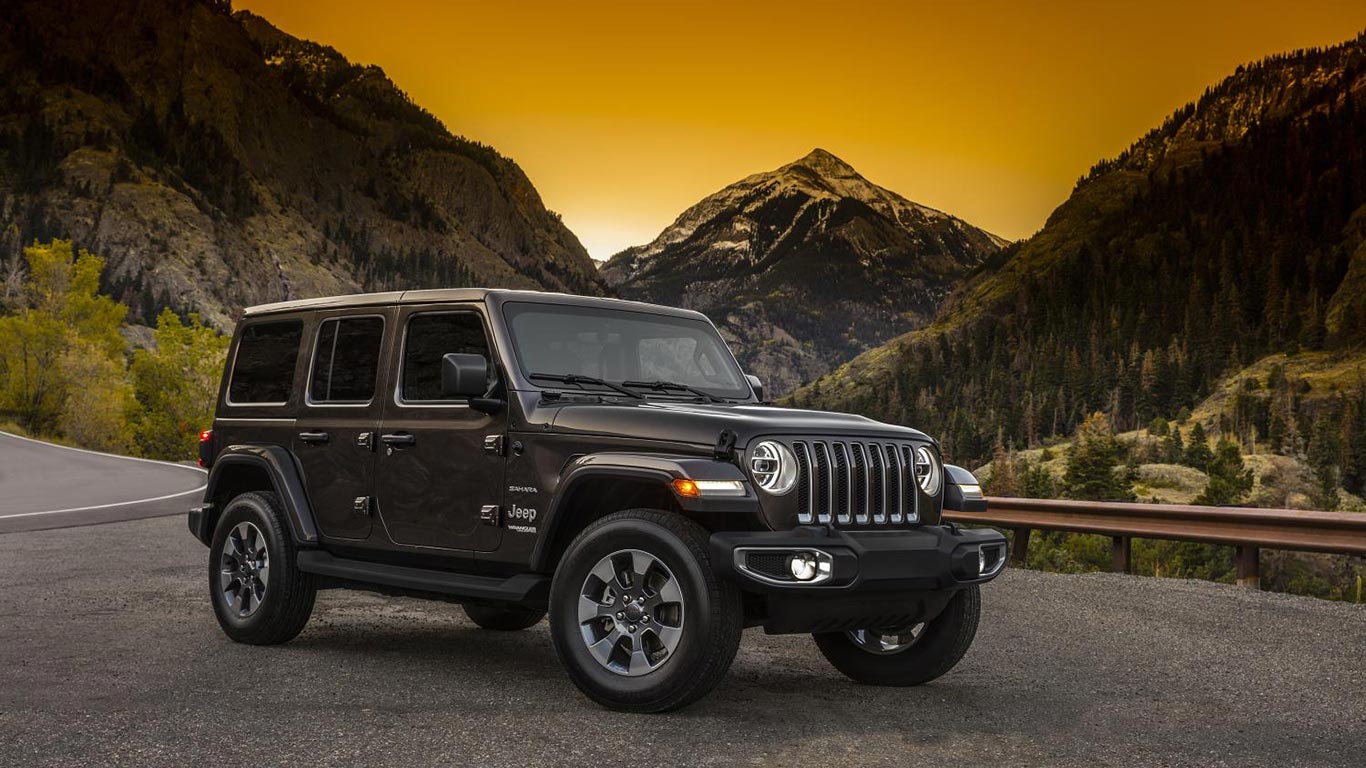 Even people with virtually no interest in cars can identify a Jeep, or at least use the brand name to describe any number of different 4×4 and SUV models. Perhaps that generic association with off-road vehicles helps push #Jeep higher up the rankings.

Branding is all about being easily identifiable, and despite the Jeep Wrangler being into its fourth-generation, the link to past models is clear to see. It still proves popular with buyers, too, notching up annual sales of more than 200,000 across the world. 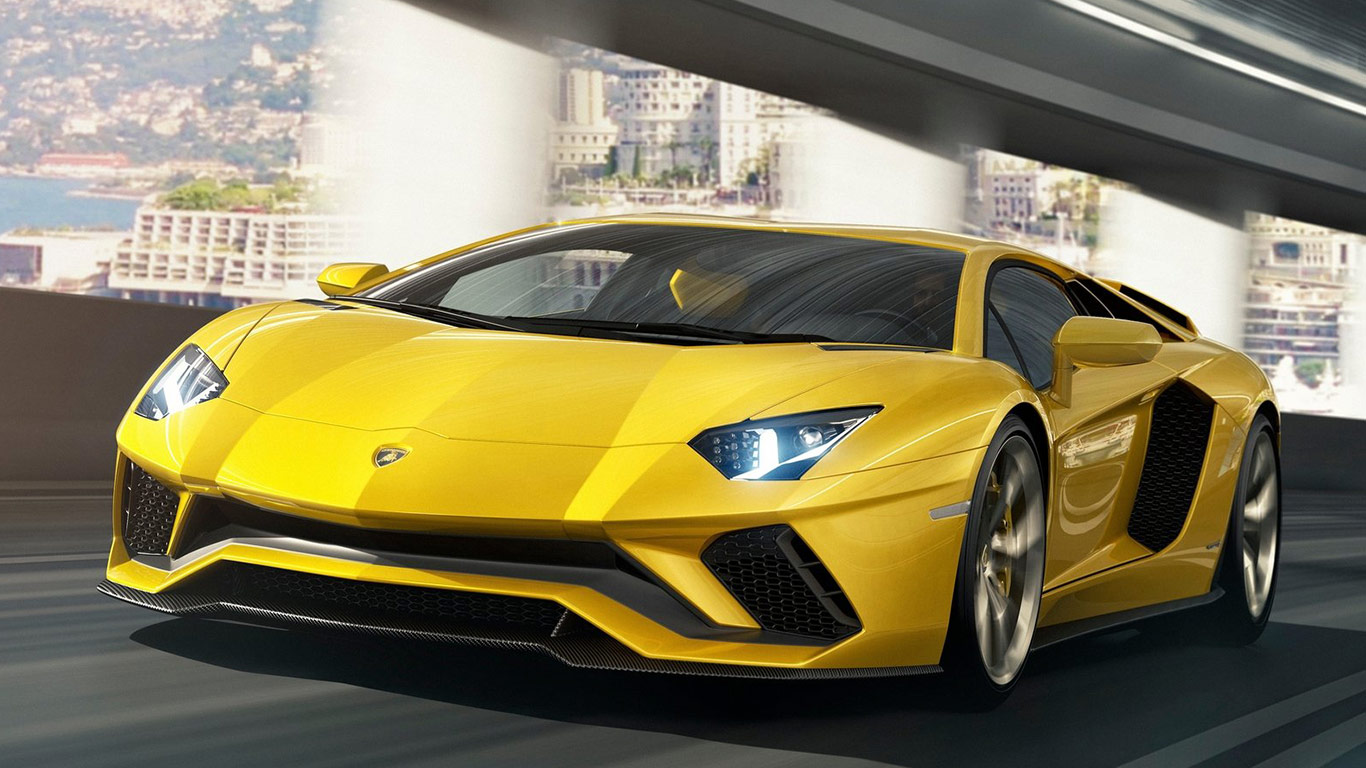 We’ll admit that we expected this particular Italian supercar brand to be higher up the list than ninth place. Tellingly, #Lambo has more than two million hashtags alone, so the company could be even higher if people would stop being lazy and use its full name.

The Aventador might be one of the newest models to emerge for Sant’Agata, but it has also combined with a enhanced social media presence from Lamborghini. Perhaps Instagram is just the modern replacement for sticking a poster of a Countach on your bedroom wall. 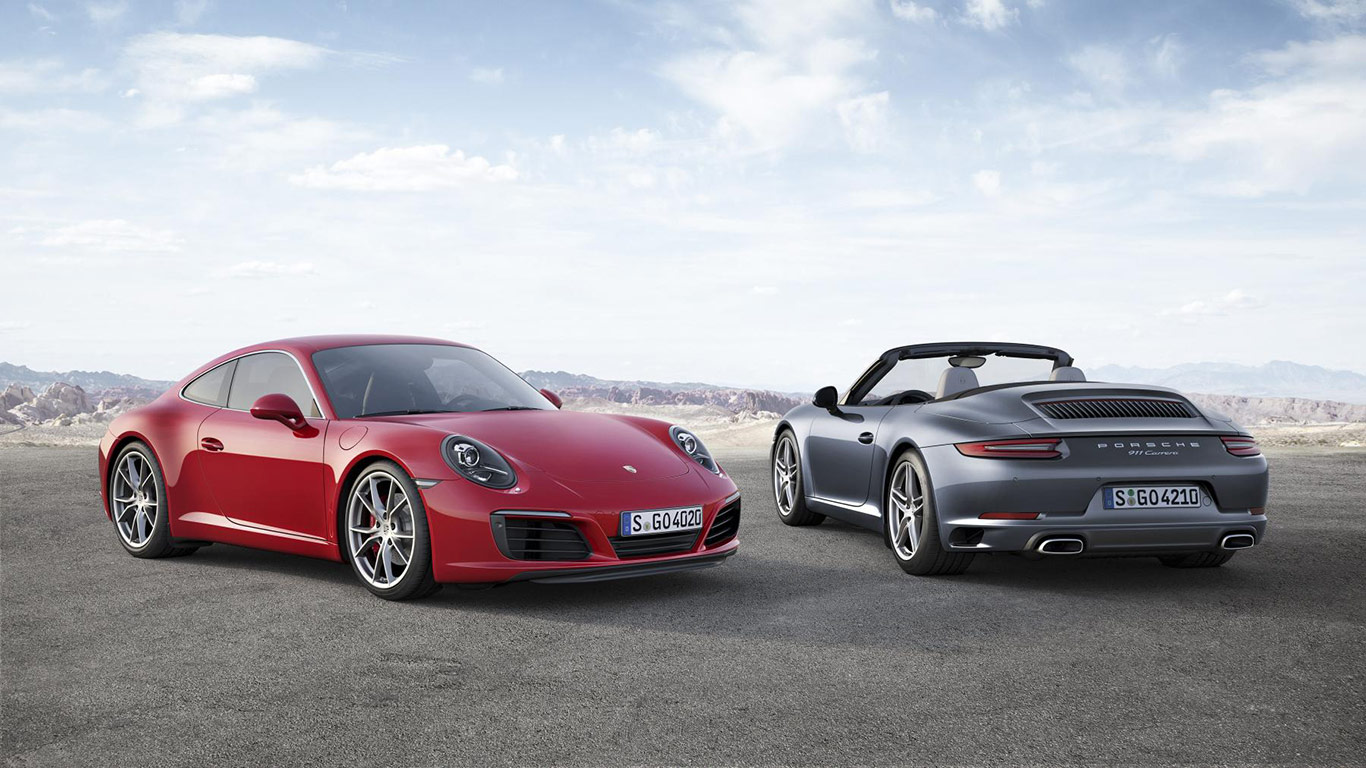 Identified as one of the most profitable companies in the world, Porsche still manages to somehow avoid appearing too corporate to be liked on Instagram. The brand is booming, and a long way from the potential collapse of the early 1990s.

Enthusiasts will be pleased to note that the 911 is the most hashtagged Porsche according to OSV, rather than the Cayenne or Macan SUVs. 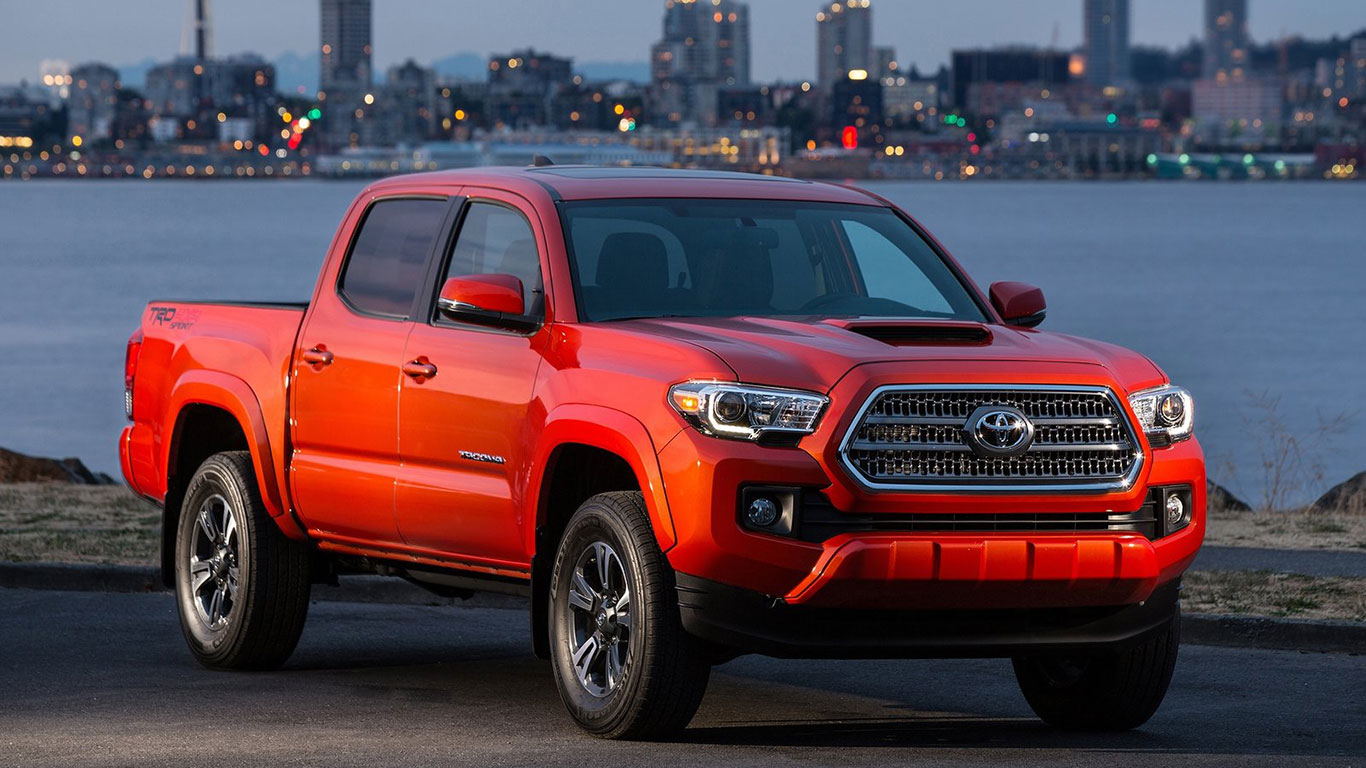 It’s the second-largest car manufacturer in the world, so the placing of Toyota on the list is a formality. However, that the company is so far up the rankings suggests we shouldn’t automatically assume that it’s products are so anodyne to discourage people from hashtagging them.

Also forget the Corolla, Supra, or MR2, as it’s the American-built Tacoma that gets the most attention on Instagram. 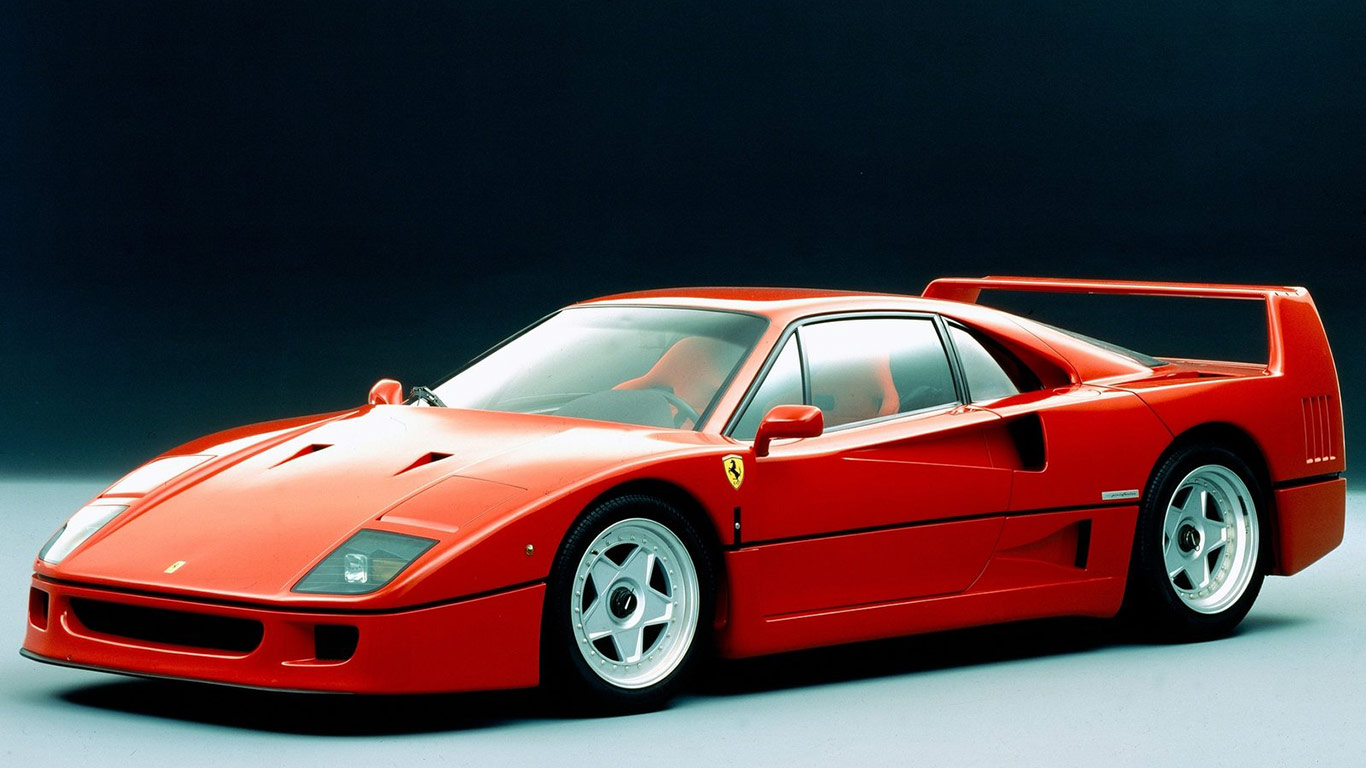 We had to double check the figures on this, and we imagine the Italians will be running to the stewards in protest, as Ferrari has been edged out by Mercedes again. Still, sixth place in the rankings isn’t too much to complain about.

OSV’s figures had the 599 as the most popular Ferrari model on Instagram, although our research suggests the iconic F40 actually has more tags. That’s all the excuse we need to roll out the retro model from the 1980s again. 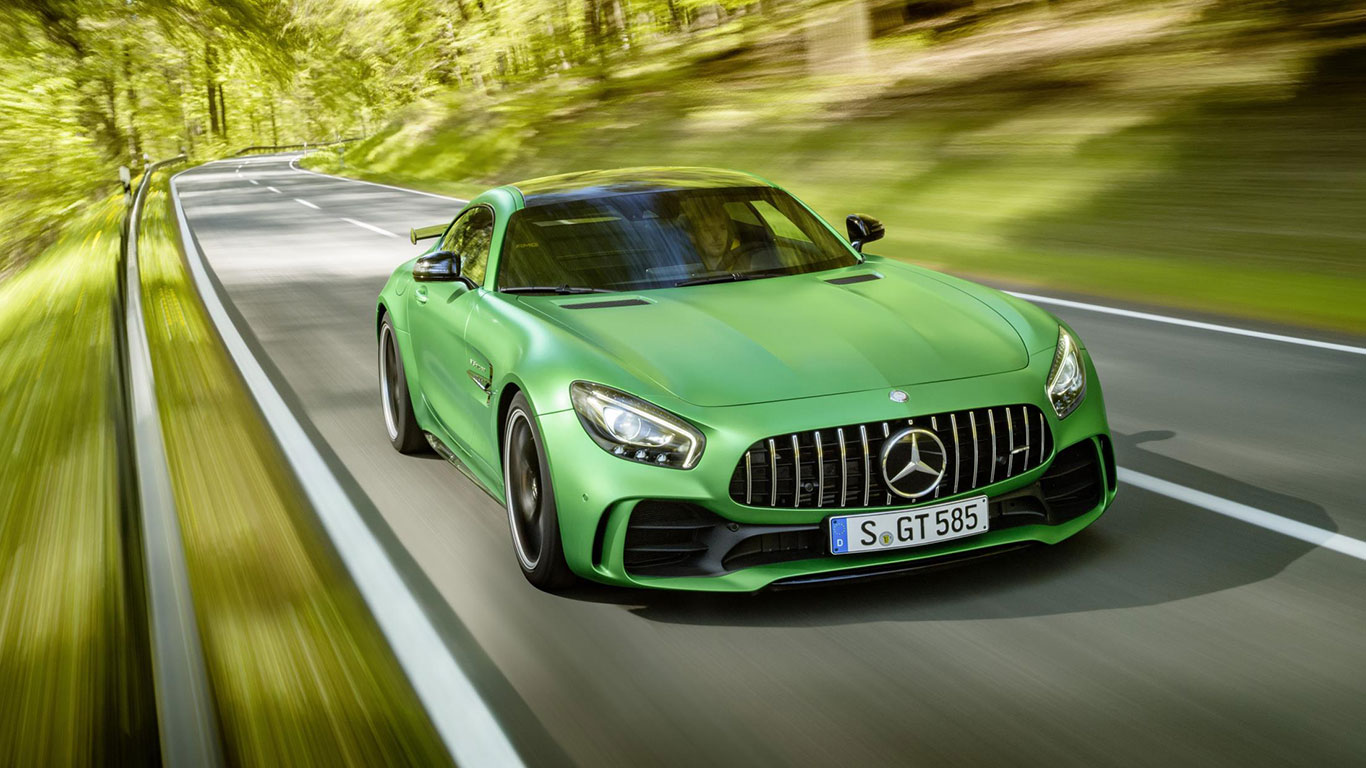 Simply using the hashtag Mercedes on Instagram can open the door to a wide array of contenders. Be that the Mercedes-Benz name itself, the racier Mercedes-AMG sub-brand, or simply people bestowed with the name Mercedes.

The most popular model is also #MercedesAMG it seems, which leaves the door open for a number of cars. We’ve gone with the thundering Mercedes-AMG GT R supercar here. 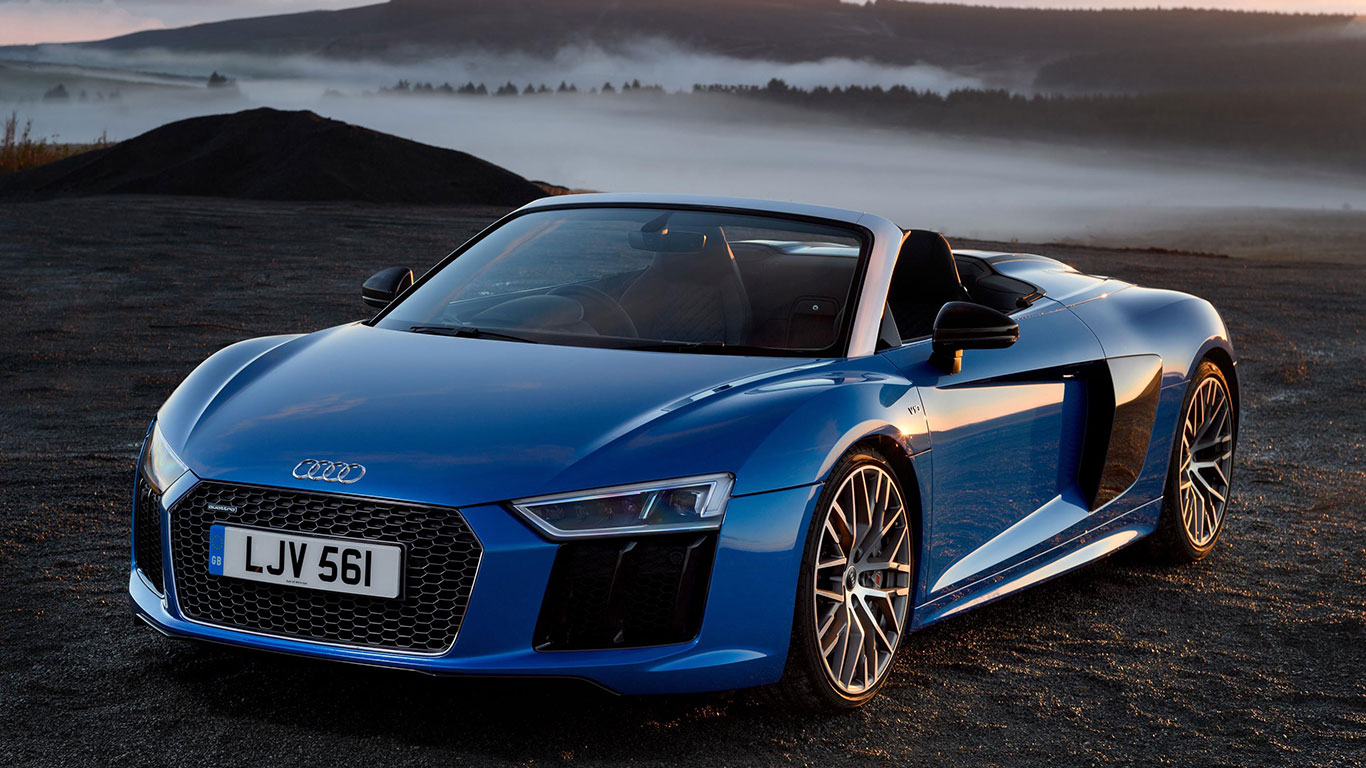 German behemoth Audi sneaks ahead of Mercedes, even though we can’t imagine many children sharing a name with the Ingolstadt brand. As such, this must be on pure car popularity alone, and a reminder of how far the company has come in recent years.

On the data supplied by OSV, the Audi Q7 SUV was listed as the most hashtagged model. However, our own research suggests that the R8 supercar gets far more attention. It’s also prettier, too. 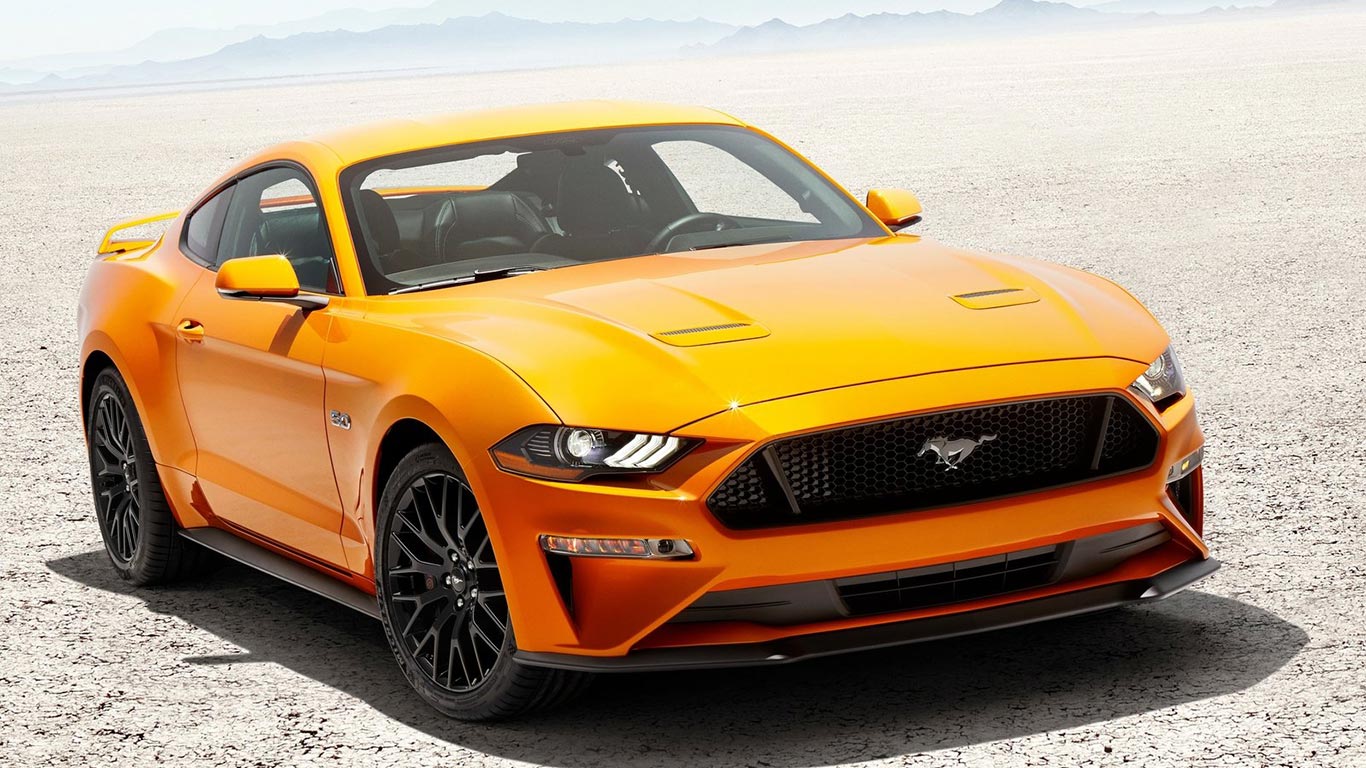 Taking the bronze medal in the list of the most hashtagged car brands is one that has a truly global appeal. The scale and reach of the Ford name is staggering, so that fans are happily taking photos and tagging the Blue Oval should be a certainty.

The Mustang being the most popular model should also be no surprise. Immediately identifiable, and now offered in more markets than ever, muscle car love is a given. 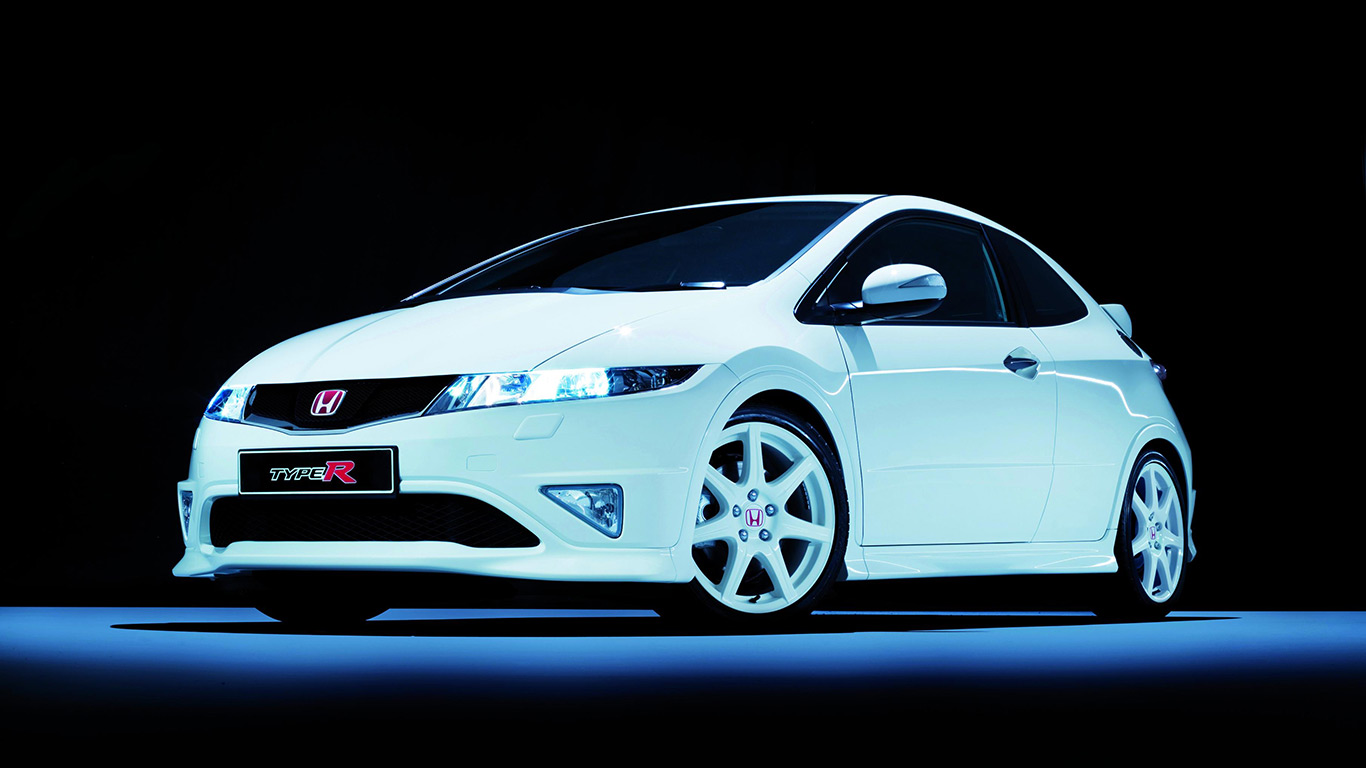 As another vast corporation producing virtually anything with an engine, and even some things without, Honda has the potential to attract a lot of attention with ease. But let us not underplay the following that cars like the NSX and Civic Type-R have with enthusiasts.

Tellingly it’s the Civic that gets the most hashtags. A long time favourite of the modified car scene across the world, the keen marketing of the latest Civic Type R will undoubtedly have helped channel attention to Instagram. 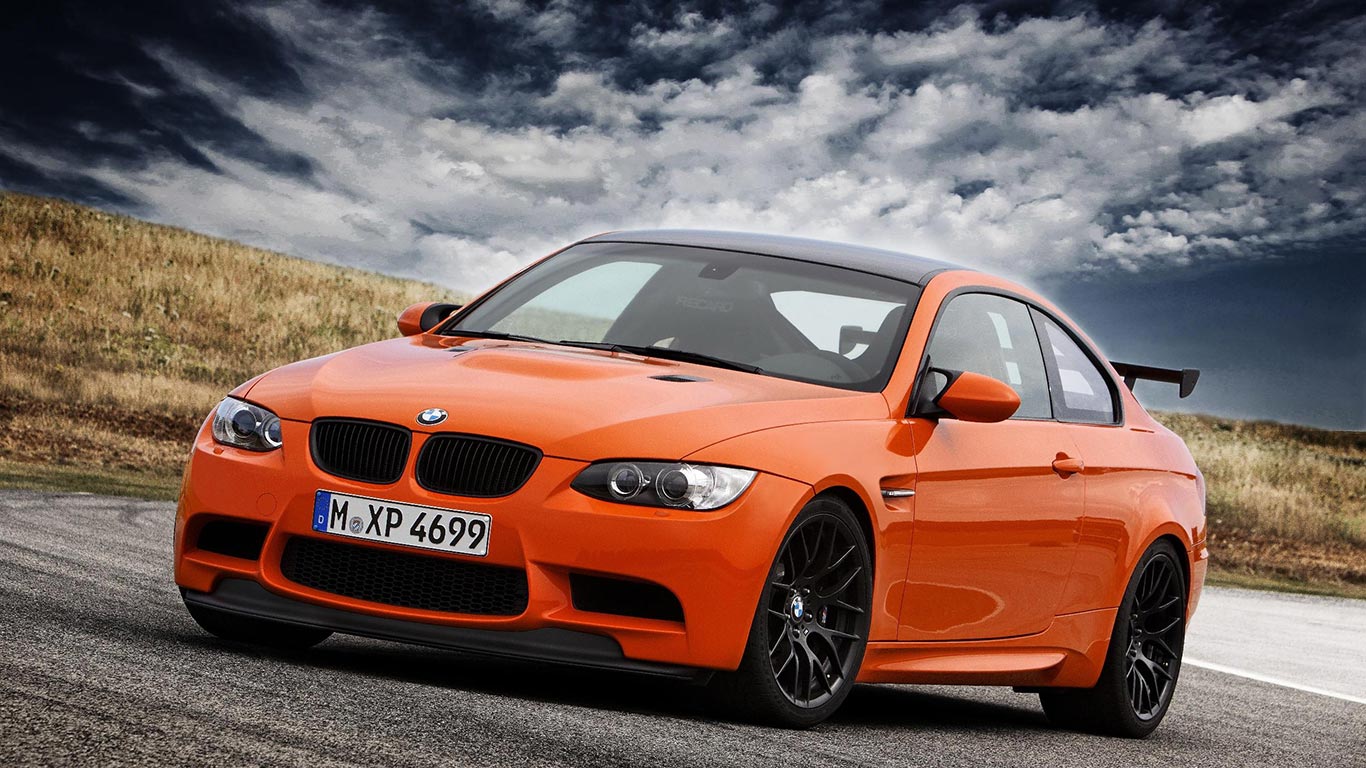 We’ve reached the end of the list, and BMW is a clear winner with almost 30 million individual hashtags on Instagram. Maybe the short name helps avoid typographical errors, or maybe it’s that owners really do just love the ‘ultimate driving machine’.

We’ve departed again from OSV’s most popular model data, which suggested that ‘bmw5’ was the winner. A little digging finds over a million hashtags for the BMW M3, and this eye-searingly orange M3 GTS seems a much better place to end.