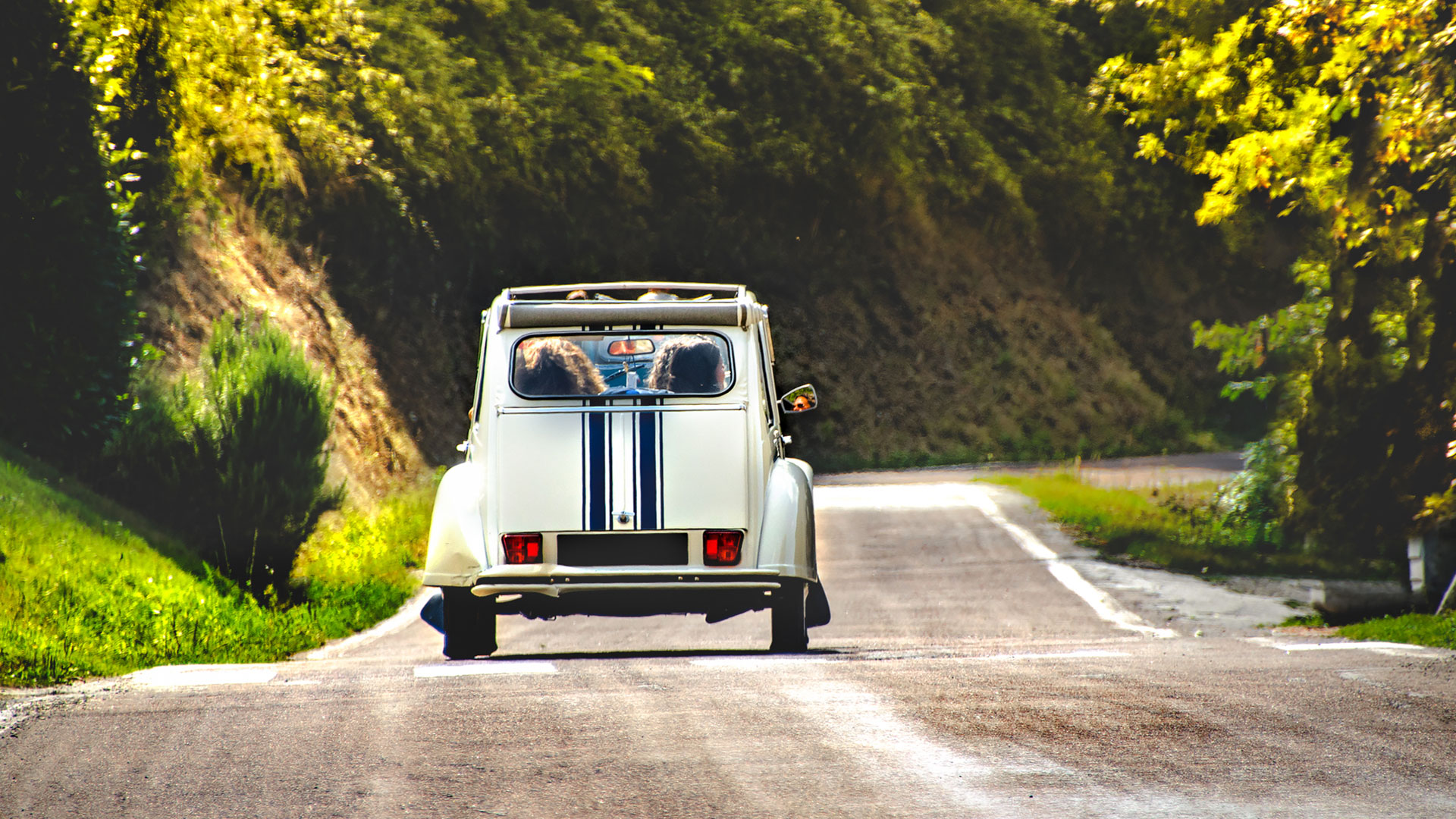 This Sunday (28 April), thousands of classic cars will take to the road for the annual Drive It Day. First introduced by the Federation of British Historic Vehicle Clubs in 2005, the date is as close as possible to the anniversary of the 1,000 Mile Trial – an event that saw vintage motor cars drive from London to Edinburgh and back.

You don’t have to drive to London or Edinburgh for Drive It Day in 2019, but a classic car would help. Which is why we’ve trawled the pages of Auto Trader to find half a dozen classics you can buy and drive home on Sunday.

There are scores of Drive It Day events up and down the country, but check with the organisers before turning up because places are limited. For example, the popular Sunday Scramble at Bicester Heritage is sold out.

Check out the Federation of British Historic Vehicle Clubs’ Facebook page for details of more events, or simply do your own thing. Here are six classics to consider, with prices ranging from less than £500 to £50,000. To add a little flavour, we’ve avoided the usual suspects, so you won’t find any MGBs or Morris Minors here. 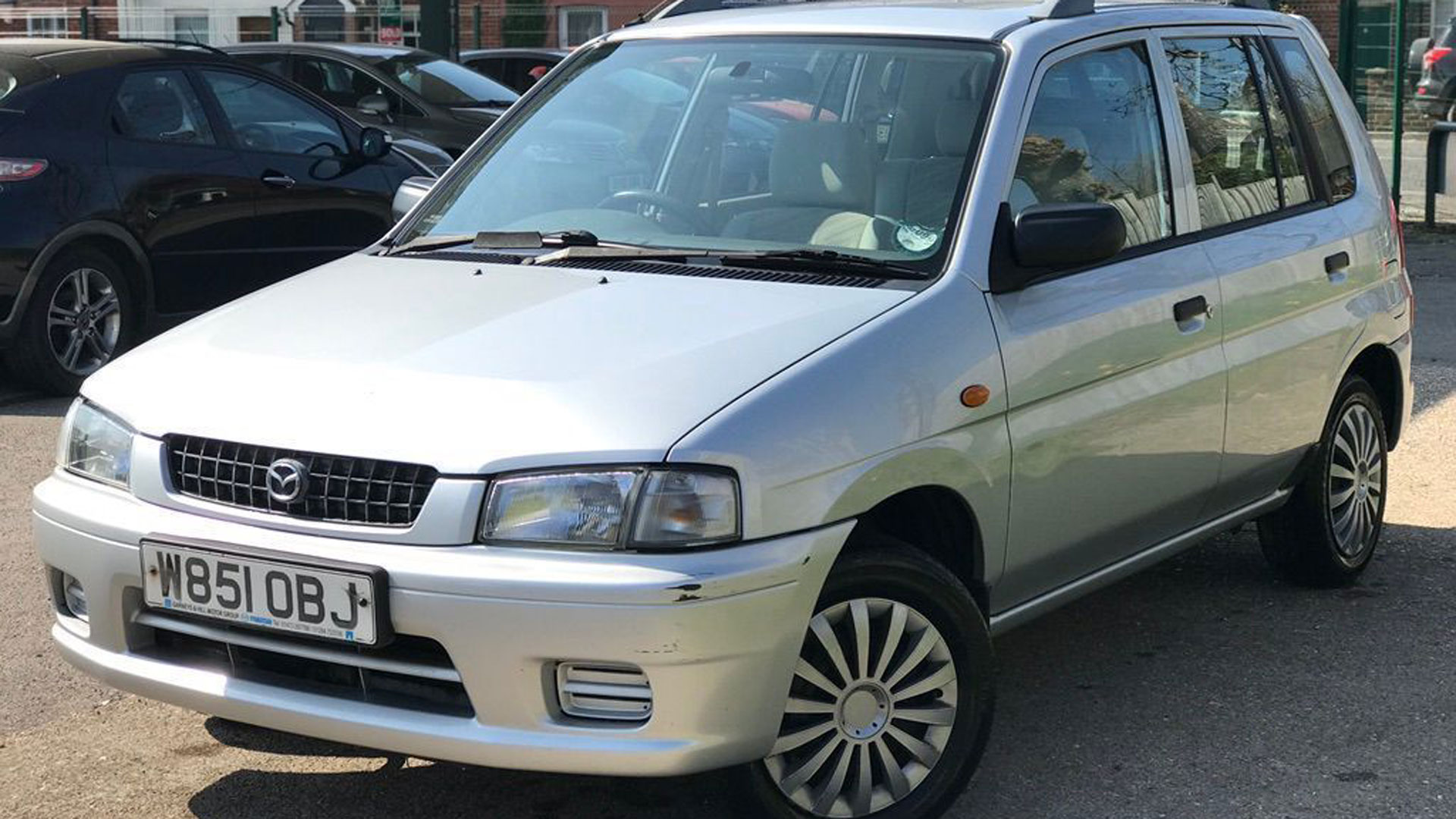 Look, you’re not exactly spoilt for choice when you’re rummaging around for roadworthy ‘classics’ in the bargain basement bucket. But while the Sunday Scramble might be off limits, this Mazda Demio is perfect for the Sunday Cup.

Fans of the Gran Turismo franchise will remember this little upstart from the original game and will have fond memories of maxing it out on the Autumn Ring and Grand Valley East.

This 2000 example is the posh spice variant: the Aegean was a special edition introduced in 1999. The mileage is on the high side and the MOT expires in June, but it looks like an honest example. And it’s only £395. 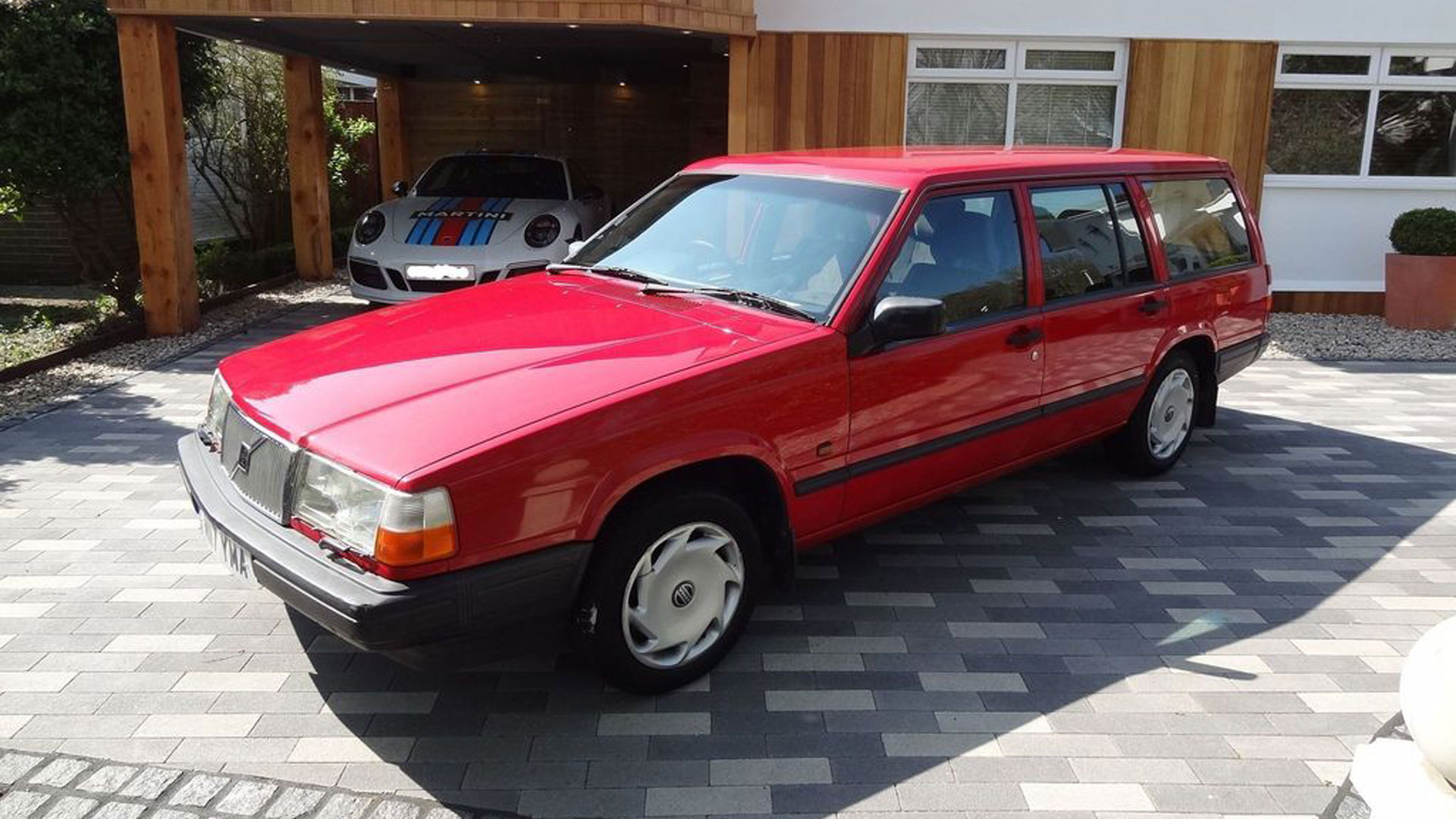 In fact, putting aside the V90 model name change in 1996, this is Volvo’s last rear-wheel-drive wagon. That’s got to be worth 975 notes on its own.

The vendor is selling it on behalf of his father, who has owned the car for the past 13 years. It looks in fine condition, while a fresh MOT should provide some piece of mind. Some new front tyres could be in order, mind. 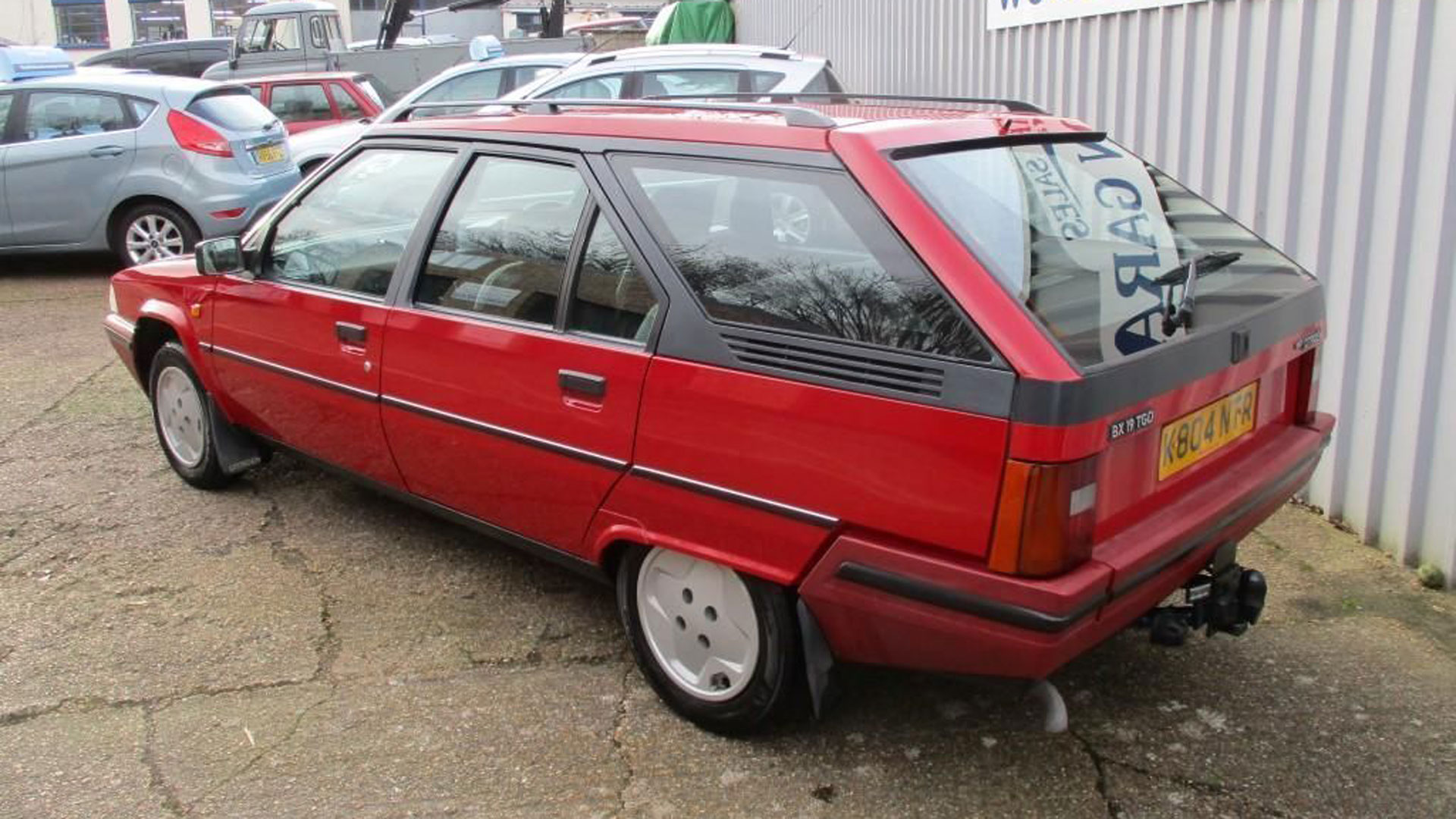 The BX was a gamechanger for Citroen in the UK, with the turbodiesel models catapulting the brand into the hearts and minds of the nation’s company car drivers. In its day, the BX was the slightly eccentric and more interesting alternative to the likes of the Ford Sierra and Vauxhall Cavalier.

We’re not going to pretend that the best part of three grand is a cheap price for a K-reg BX estate, but this car is well on the way to modern classic status. And although we’d prefer an early model with the purer Gandini styling and original dashboard, a very late example holds some appeal.

We also like the fact that this BX19 TGD doesn’t have a single MOT advisory to its name since 2009. So much for French fragility. 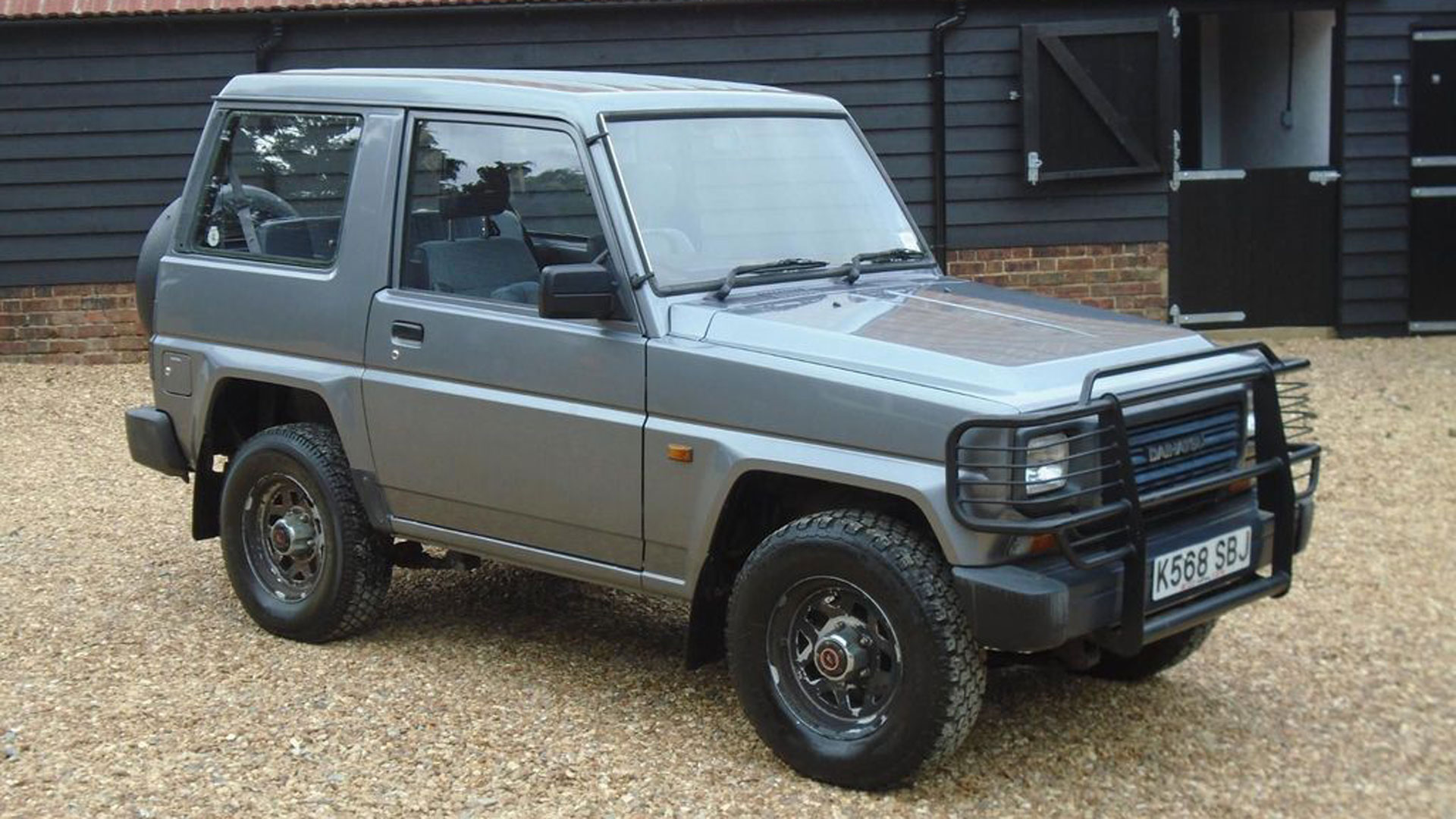 The last time you saw a Daihatsu Fourtrak it was probably axle-deep in mud or propping up a dilapidated barn on a farm. These things are the workhorses of the rural community: rarely treated with compassion, but plugging on until the floor falls to the floor.

We suspect the dealer selling this 1992 example is chancing his arm with the price, but how do you value a 4×4 with such low mileage and without precedent?

There are just 26,000 miles on the clock, it has one owner from new and the MOT history is extremely encouraging. Think of it as a retro alternative to the new Suzuki Jimny, without the waiting list. 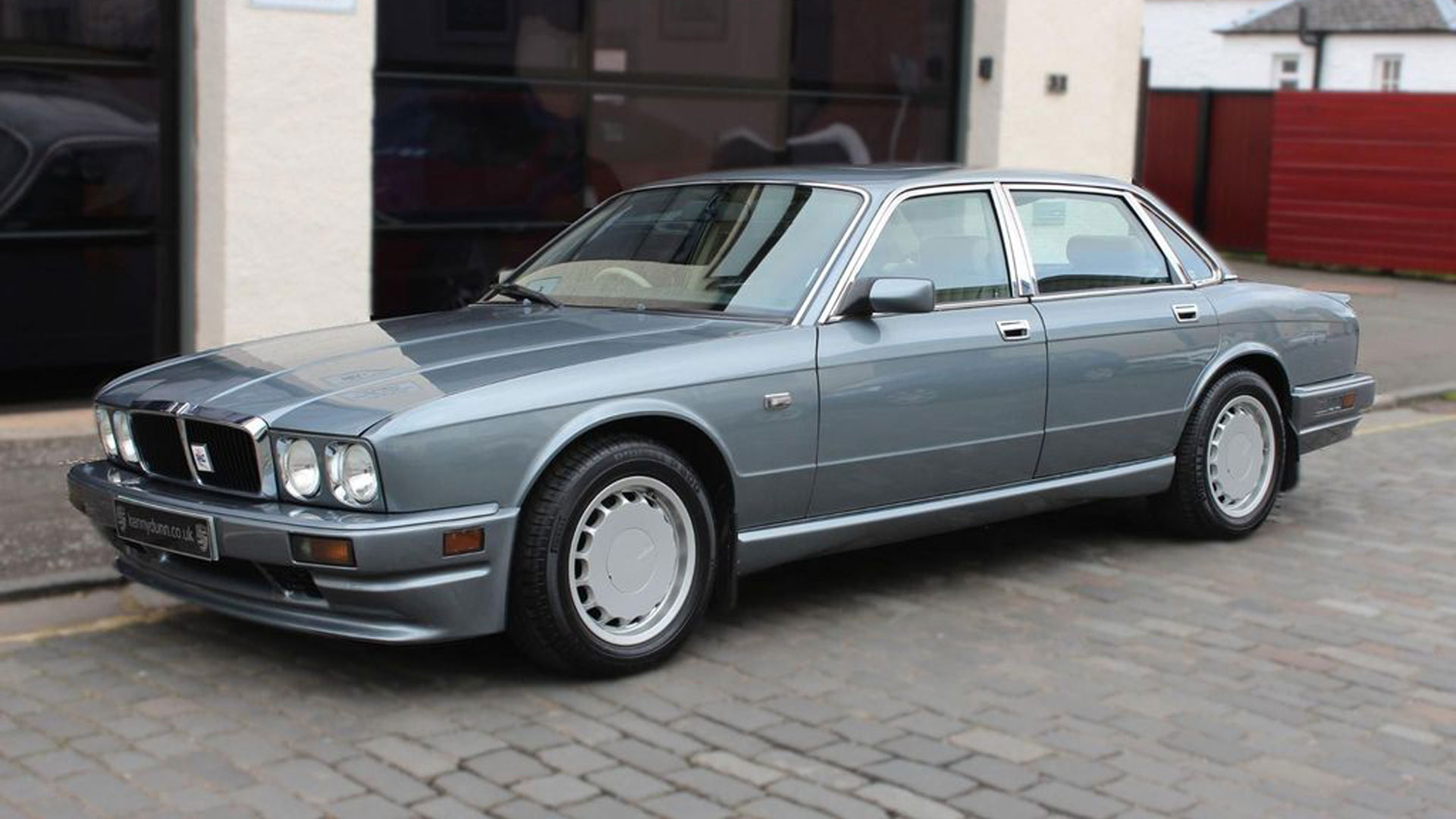 Formed in 1986, JaguarSport was a joint venture between Jaguar and TWR. The aim was to produce sporting versions of Jaguar’s regular saloons, with the cars completed at TWR’s facility in Kidlington.

As it was the 1980s, bodykits were the order of the day, along with Speedline alloy wheels and wider tyres. The majority of the XJ40-based XJRs were powered by a 3.6-litre engine, before the 4.0-litre version arrived in 1989.

Which makes this 1989 example one of the last 3.6 cars. Amazingly, it has been owned by the same gentleman since new and has just 21,000 miles on the clock. 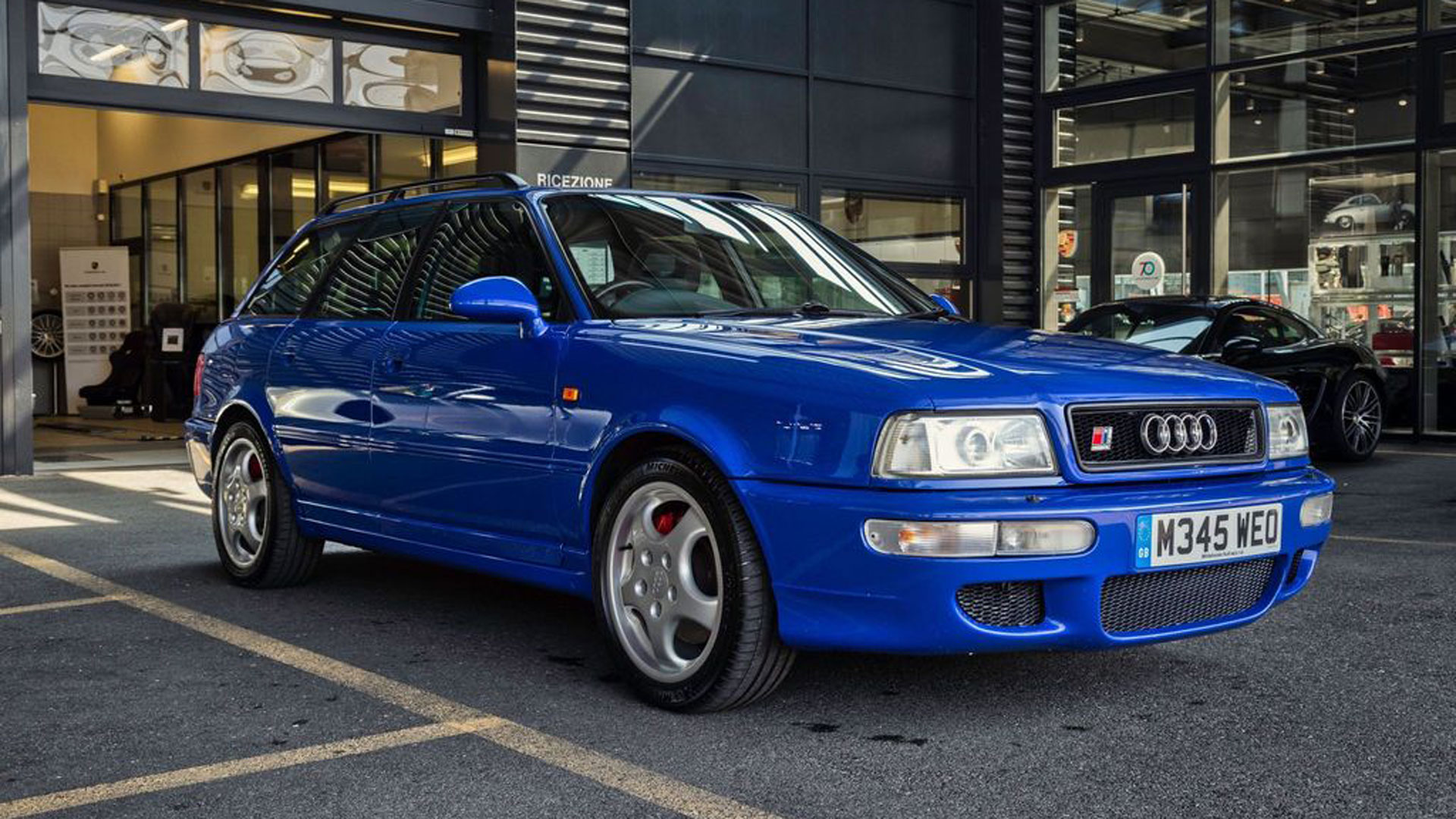 This 162,000-mile example has been owned by the vendor for the past 11 years and appears to be in fabulous condition. The fact that it’s largely unmodified is a bonus.

Whatever you’re driving this Sunday, have fun and drive safely.