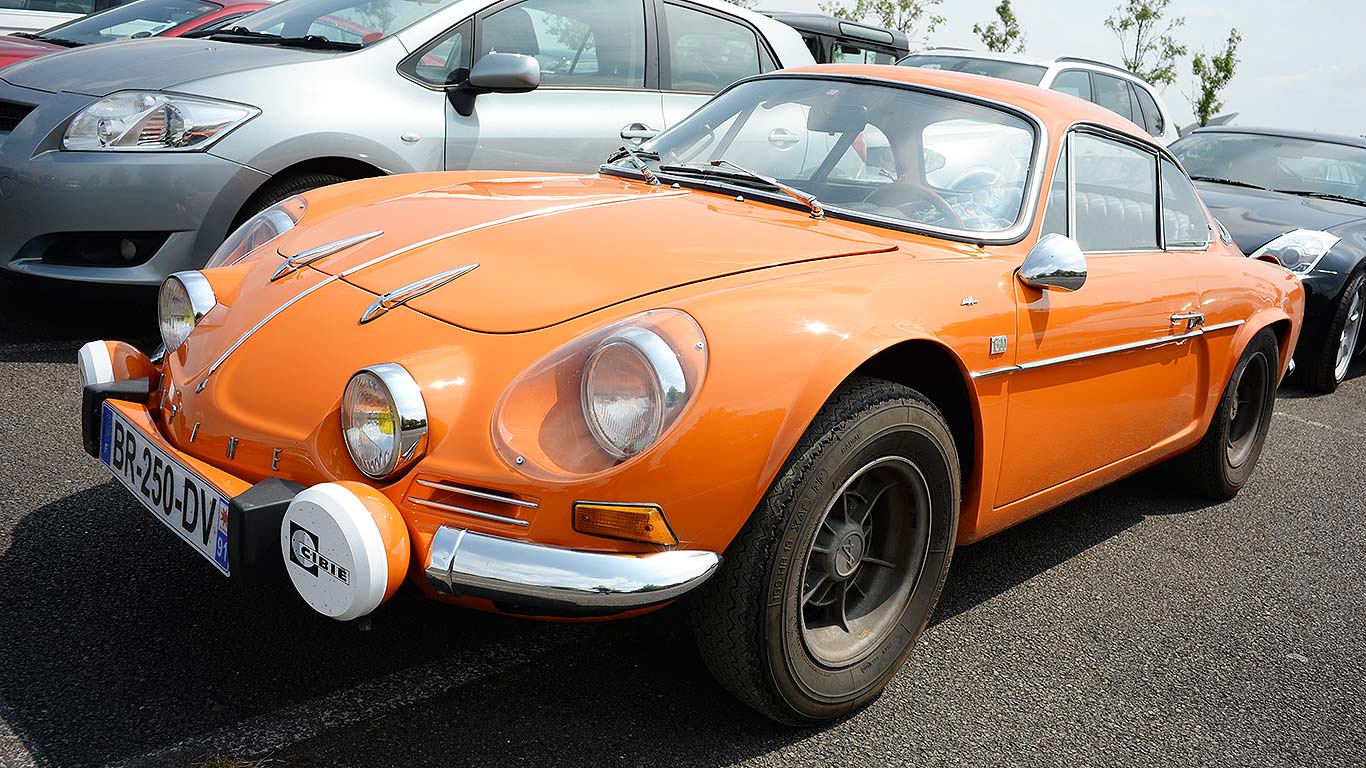 The gems hidden between the SUVs and the hatchbacks at this year’s event prove that many people have heeded this advice. Some even went the extra mile, by driving their beloved classics across continents to reach Silverstone – we’re doffing our caps to you, French driver of this orange Alpine A110.

Join us for a walk around some of the classics visiting Silverstone Classic 2018. 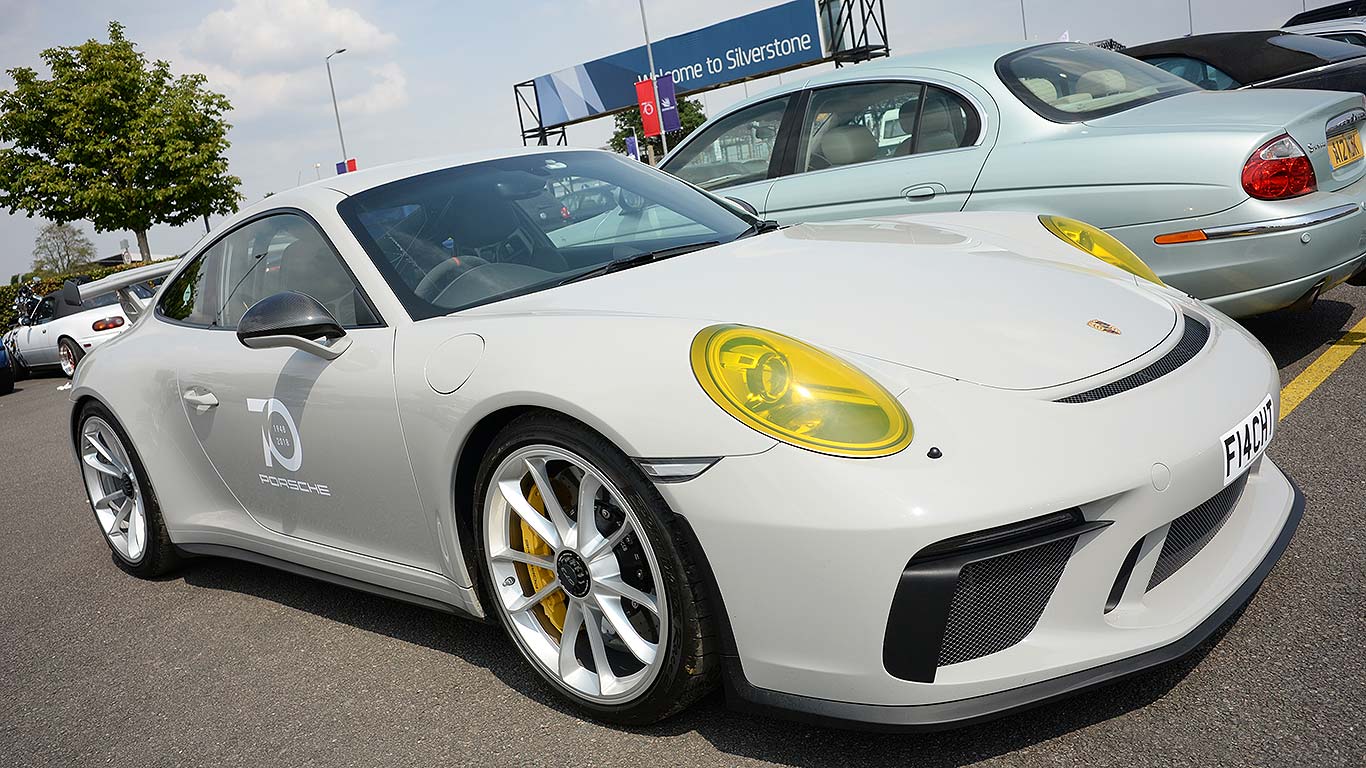 We love this 911 GT3 owner. They have chosen a wonderful colour, fitted Porsche 70 logos on the doors – and gone for the full Le Mans 24 Hours look with yellow headlight covers. Divine. 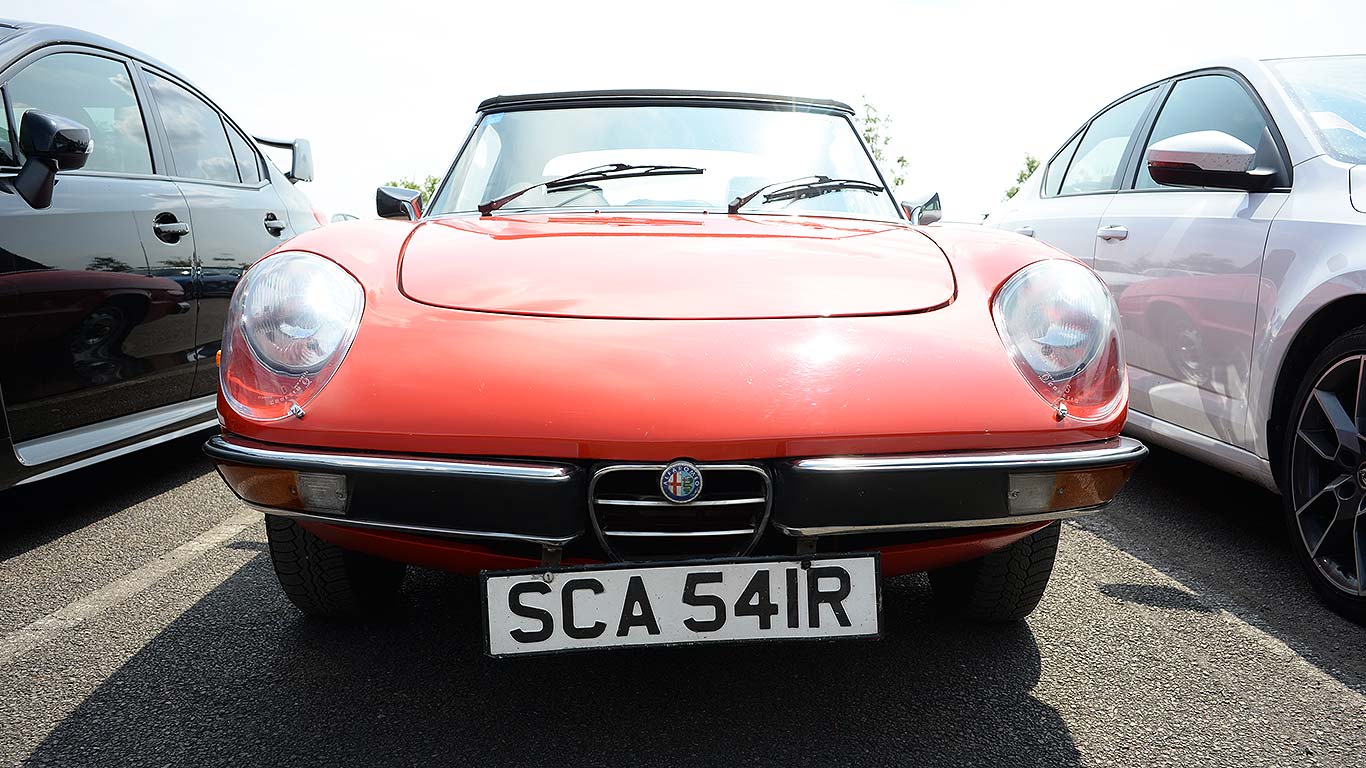 How period is this Alfa Romeo? Even the wonky number plate is in keeping, and the patina seems thoroughly original. Spider owner, please leave it just like this! 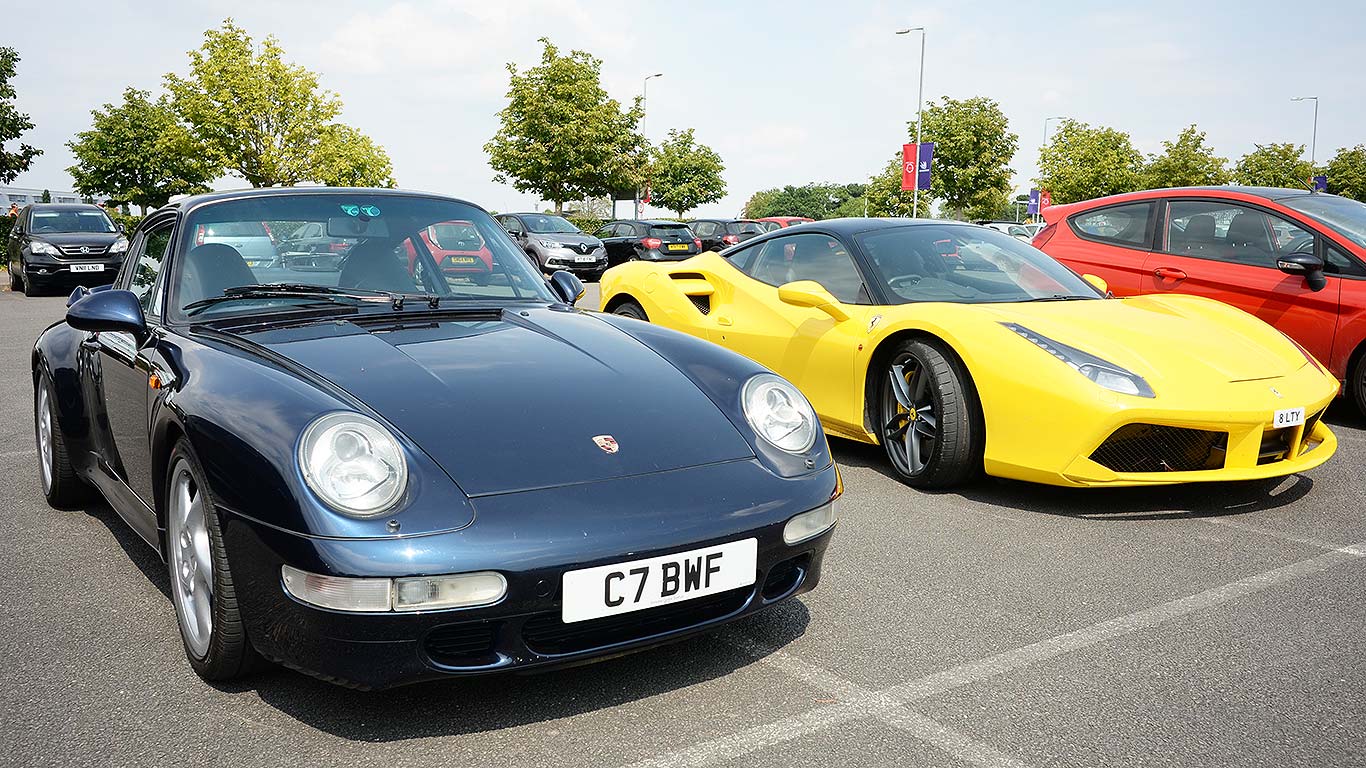 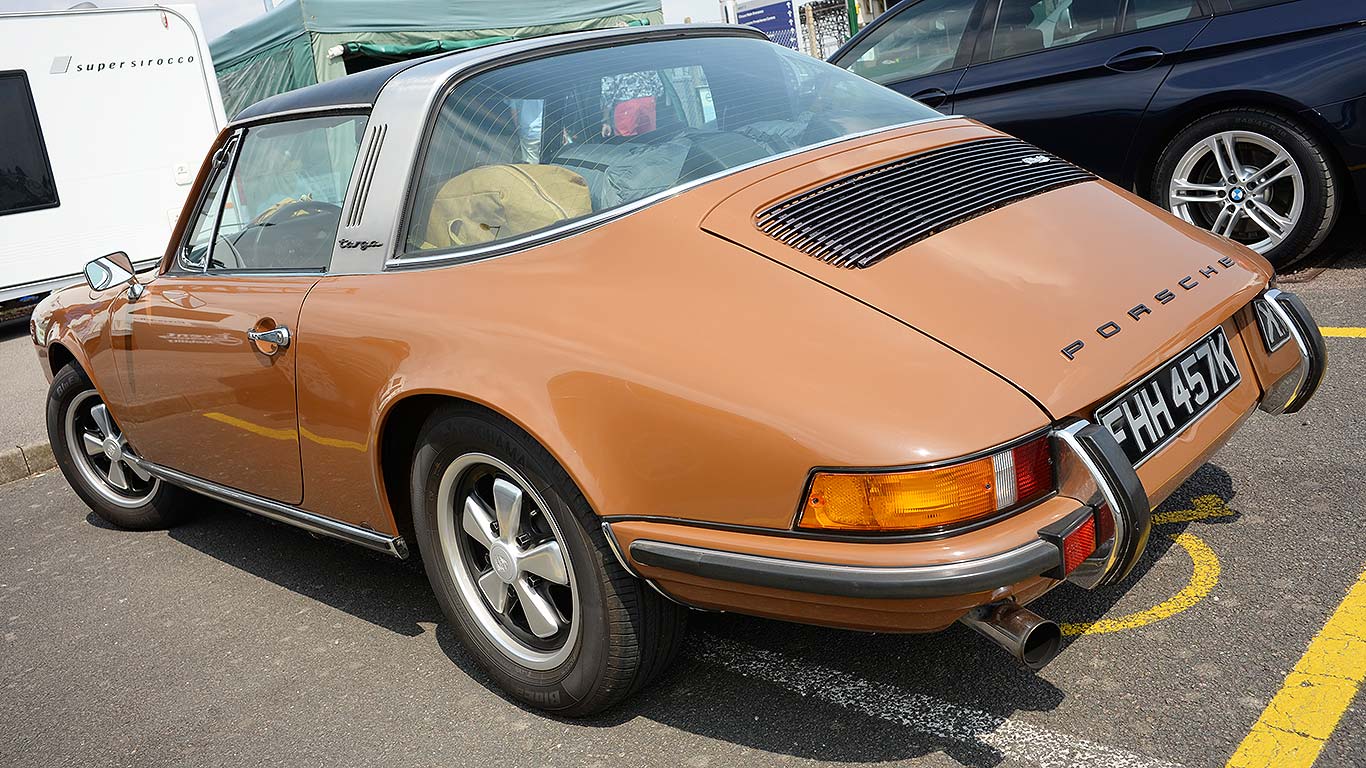 Brown was a cool colour in the 1970s. It was like, ooh, matt grey is today. After, ahem, just a few years in the wilderness, it’s becoming cool all over again. 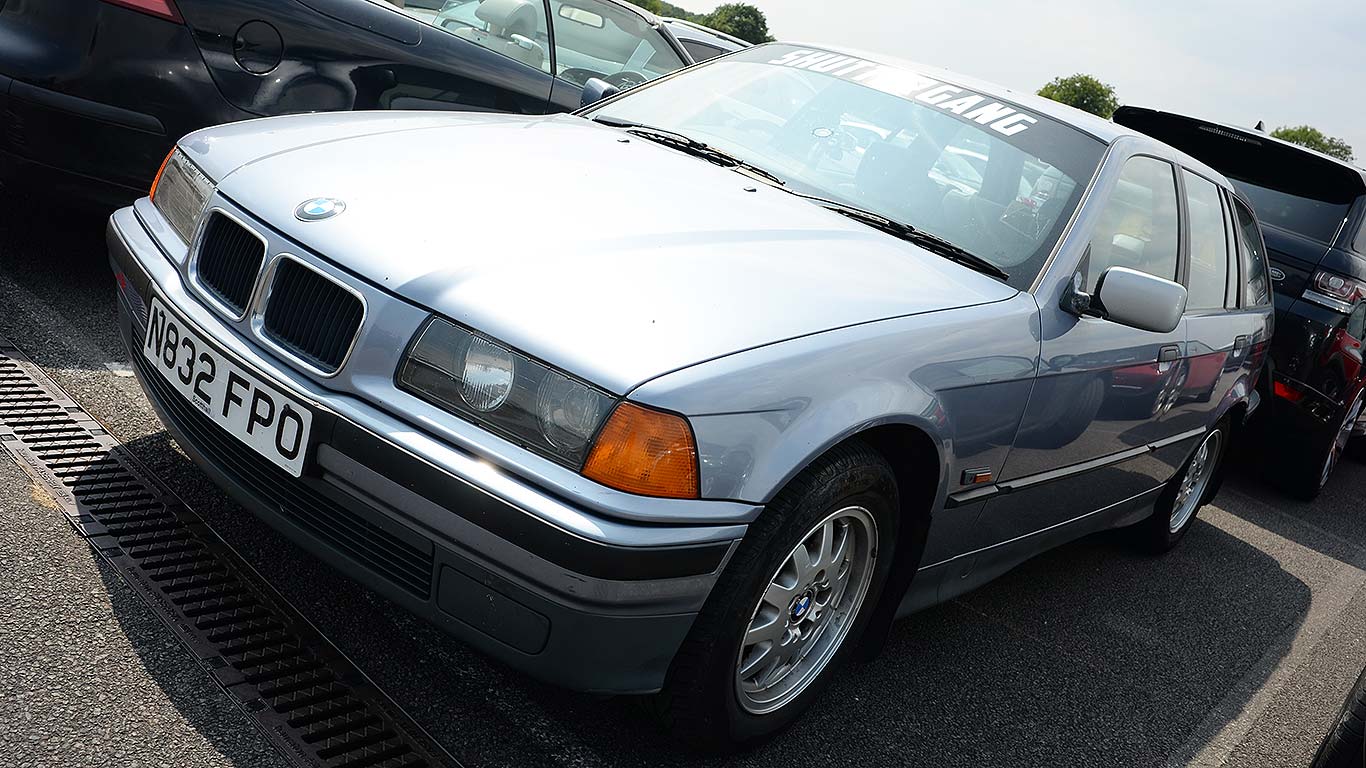 These lovely BMWs are developing a growing following, now people have realised how great they look and how rare they’re becoming. Props to this car’s owner for their subtle mods – the stance is to die for. 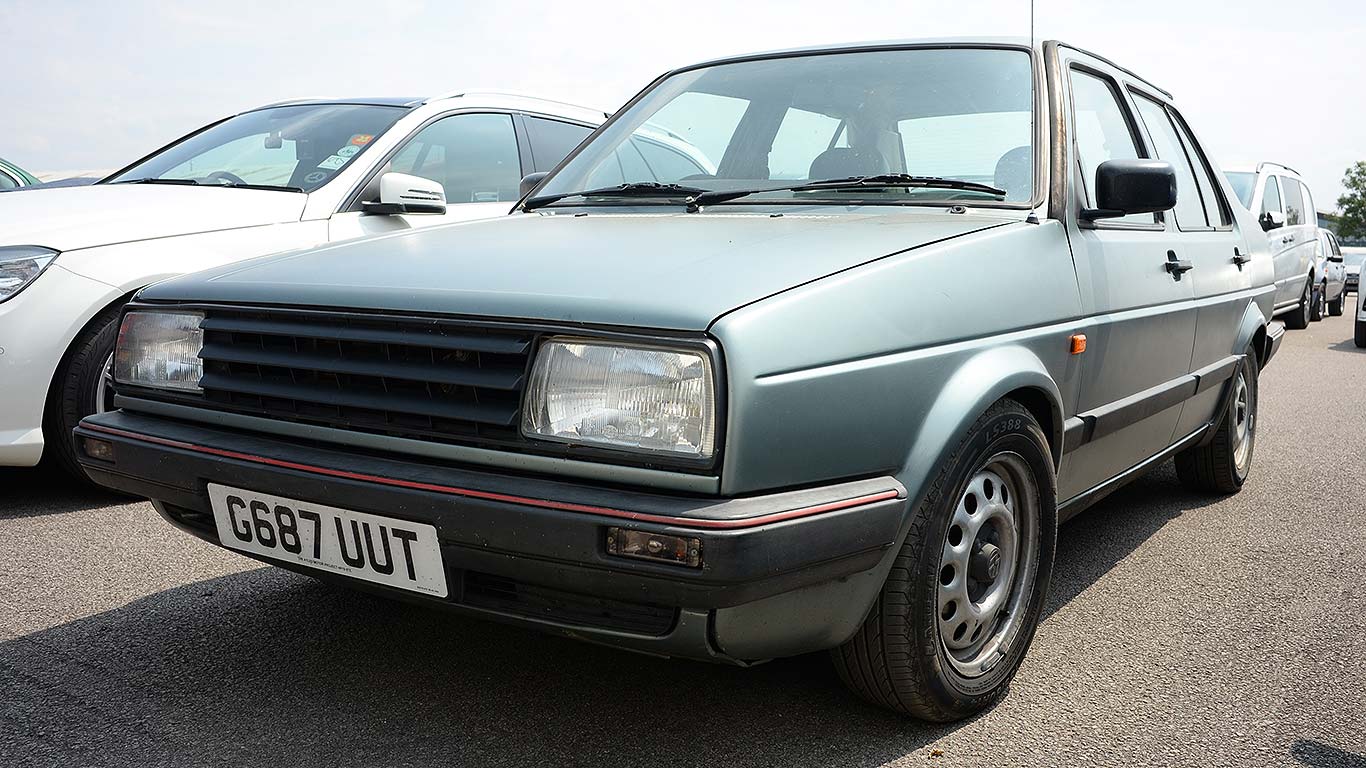 The scene for Volkswagens is obviously strong, and it’s slightly rarer choices like this Golf GTI-engined Jetta that the fans celebrate. 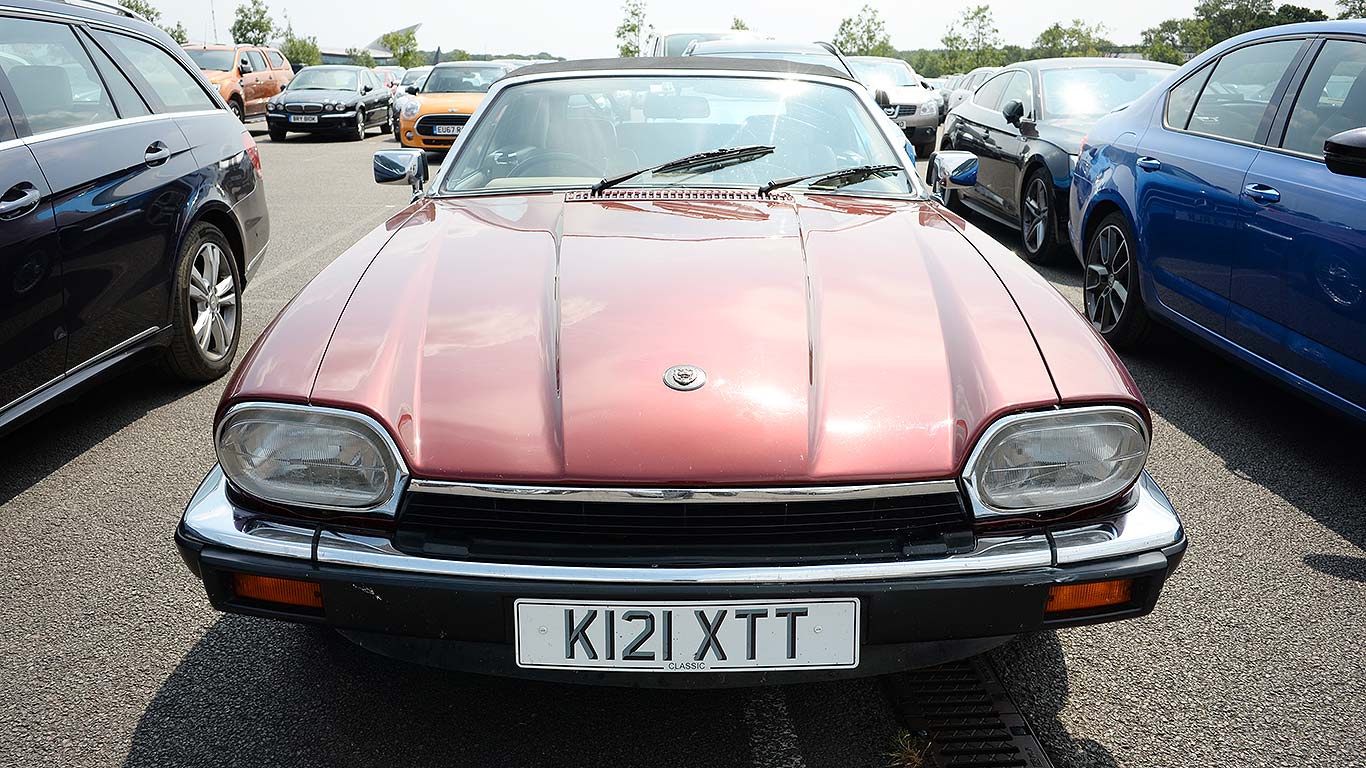 A relatively late-model XJ-S and, resplendent in red, it looks like an extremely well-loved machine indeed. Saintly. 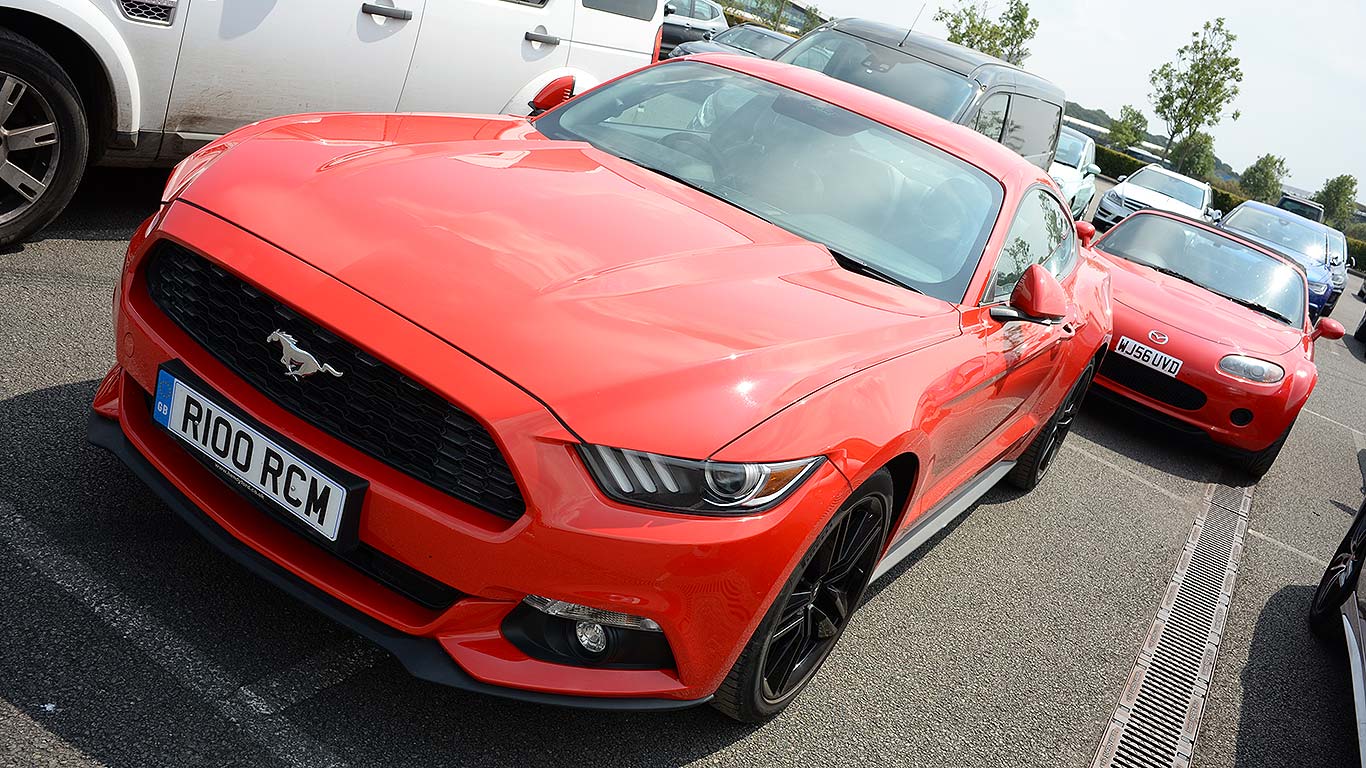 We get Mustangs in the UK! In right-hand drive! It’s still so cool. We also get Mazda MX-5s, and have done for years. That’s why there are dozens of them at any British enthusiast event you may care to visit. 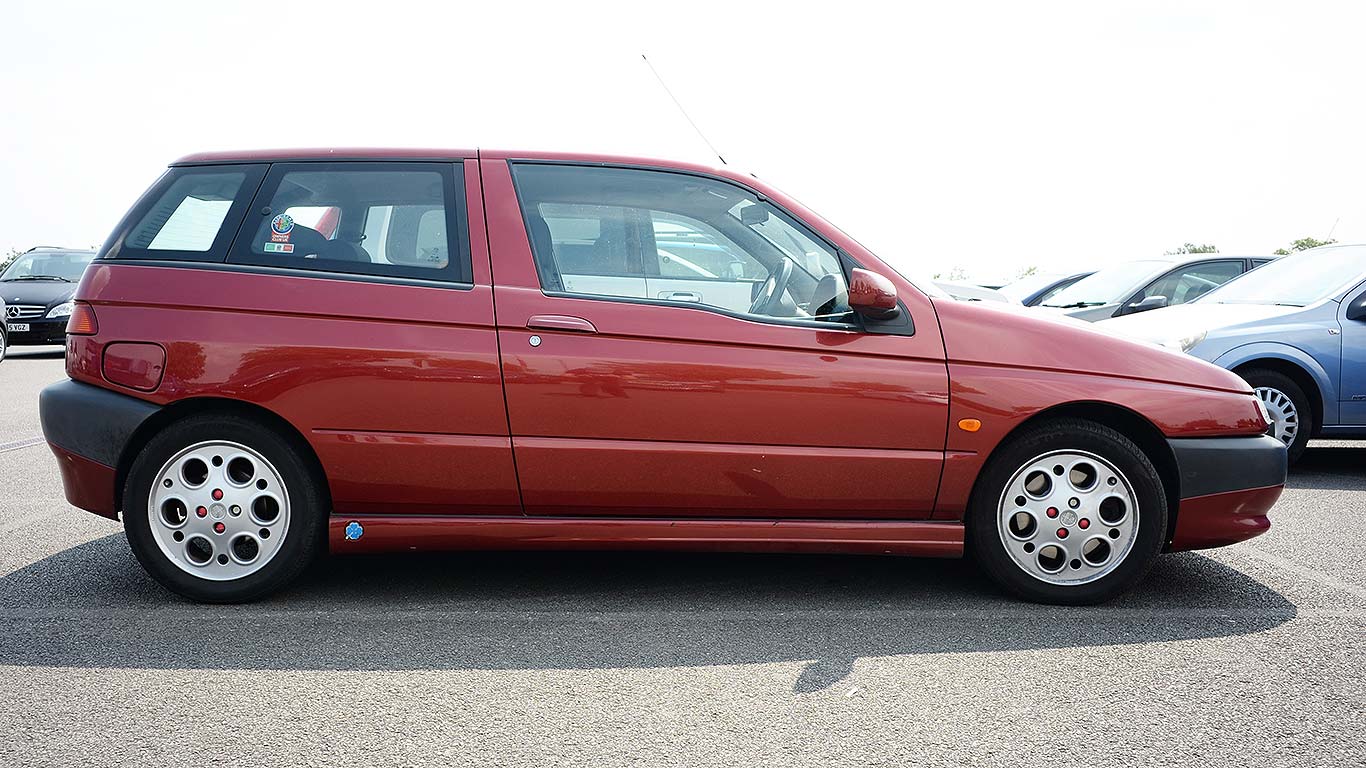 The Cloverleaf had the raspy, revvy Alfa twin-cam 2.0-litre, putting out a tasty 155 horsepower. Apparently, the reason why the cloverleaf badge is blue rather than green is because it’s faded… 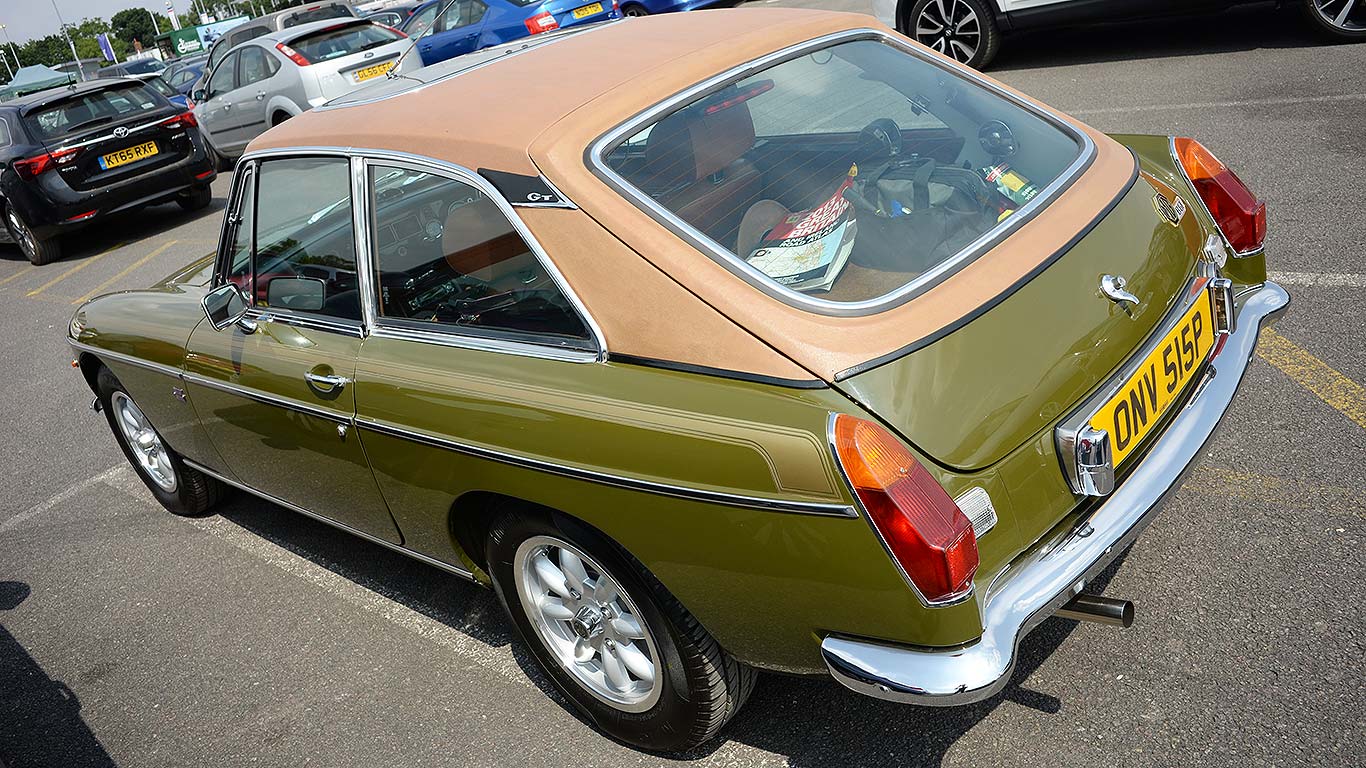 We all know that vinyl roofs are cool. What, you don’t think they are? Look at the image above some more and let us know when you’ve seen the light. 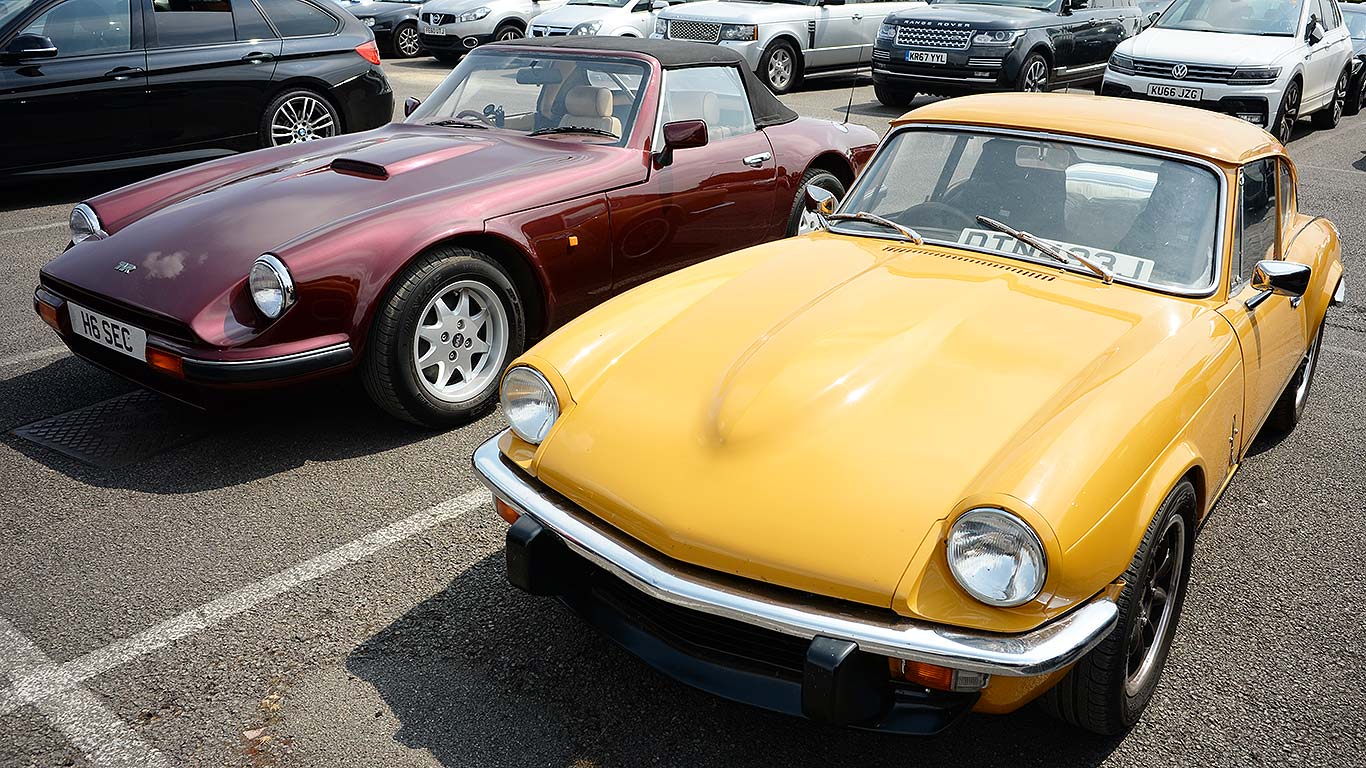 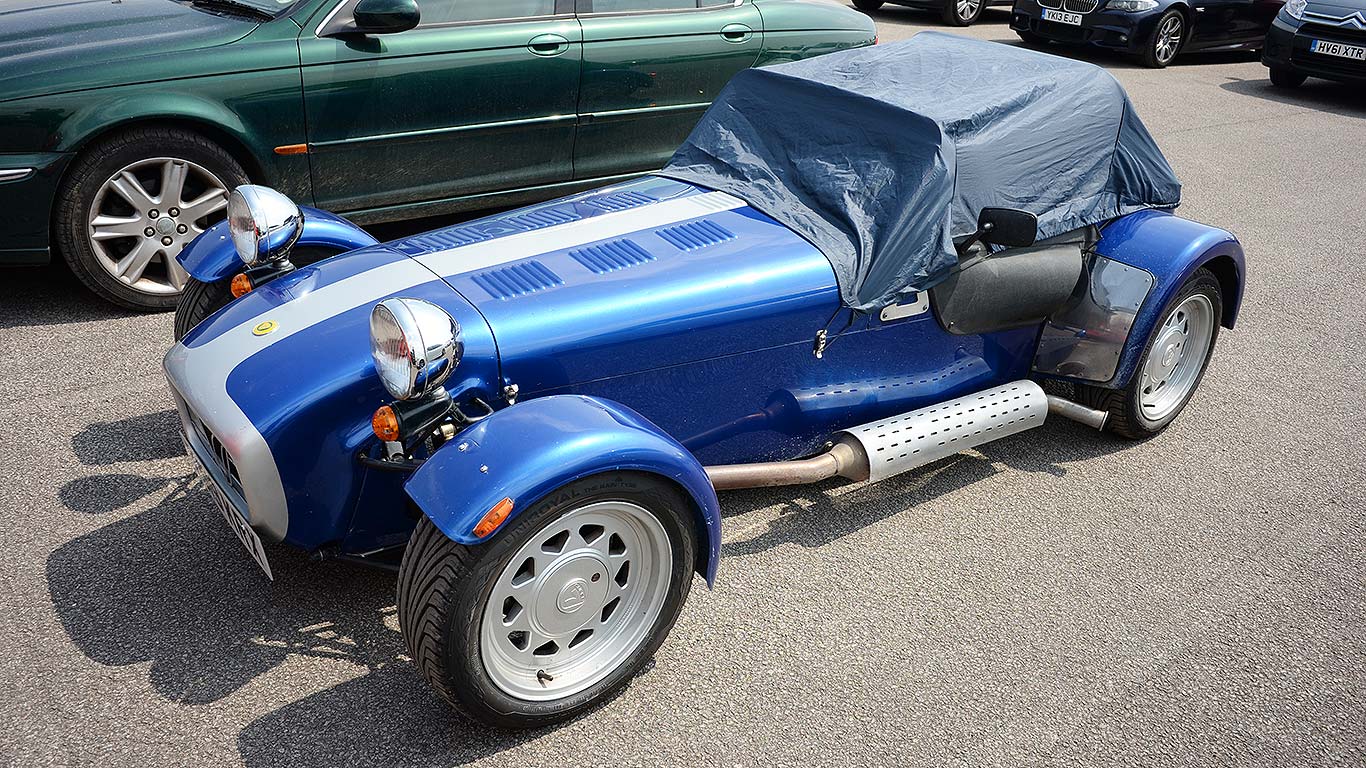 This is a suitably Heath Robinson solution to stopping your Caterham’s interior from melting in the British heatwave sun. Naturally staves off the inevitable rain, too. 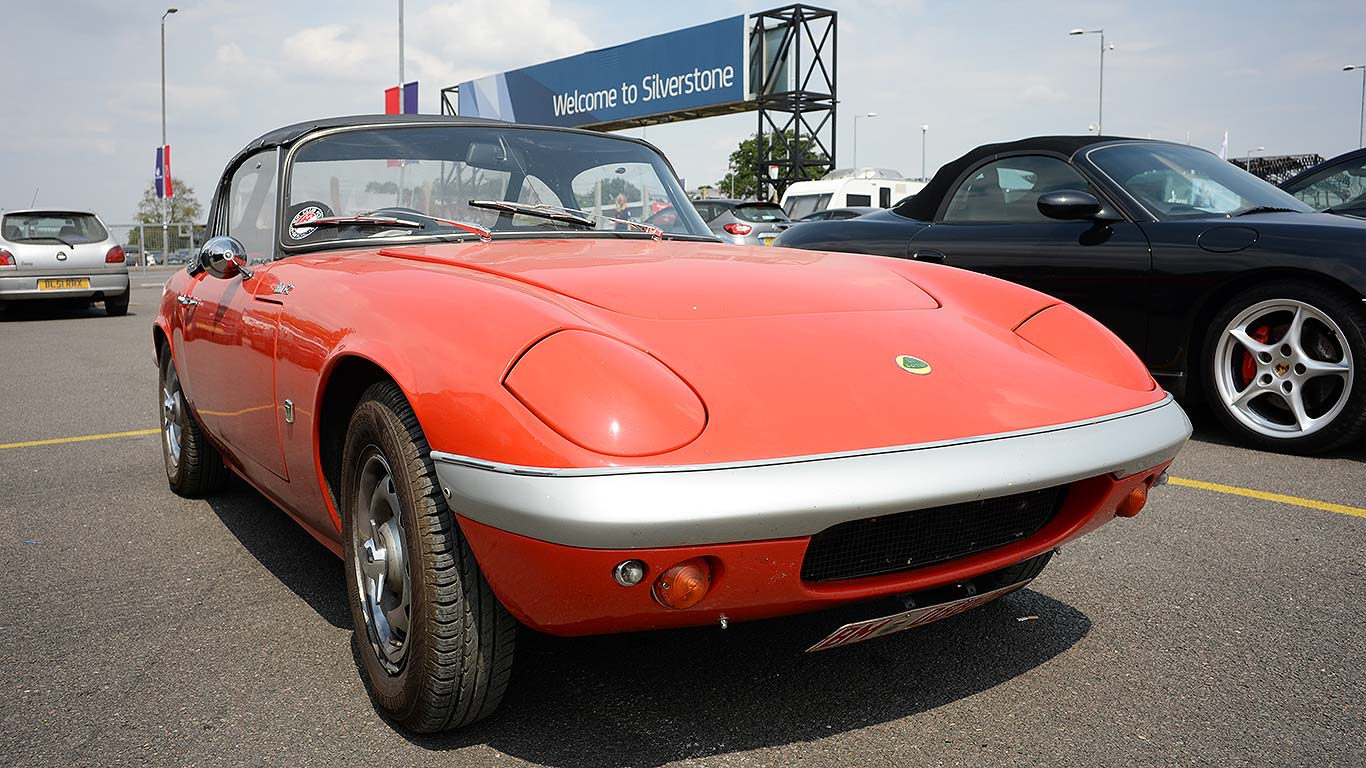 Another overseas visitor at Silverstone Classic 2018. And they say Lotus are unreliable. 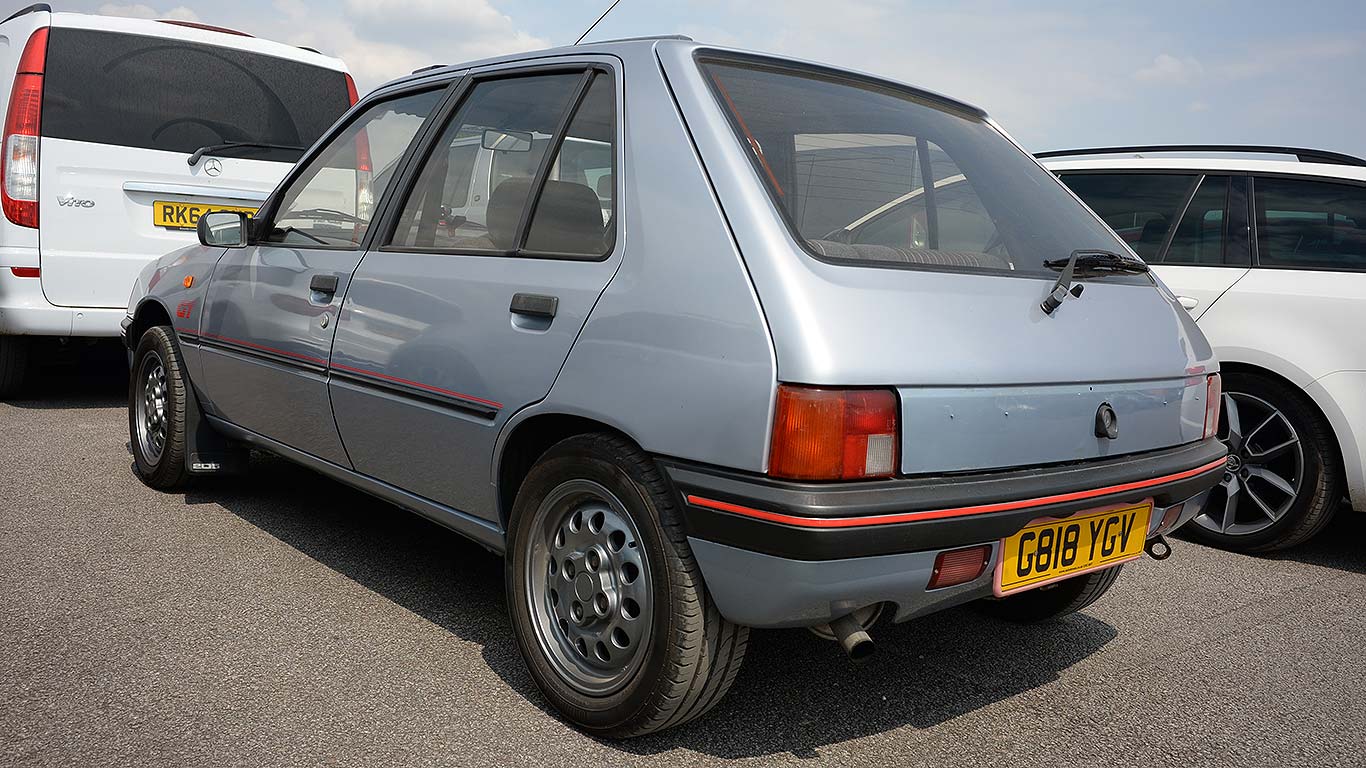 Peugeot made a ‘warm’ 205 GTI called the XS, with a 1.4-litre engine boasting a twin-choke carburettor. What to call its five-door sibling? GT, it reckoned: it was ‘X’ for three-door, ‘G’ for five-door. Why it wasn’t thus GS is anyone’s guess. Perhaps they didn’t want to upset Citroen. 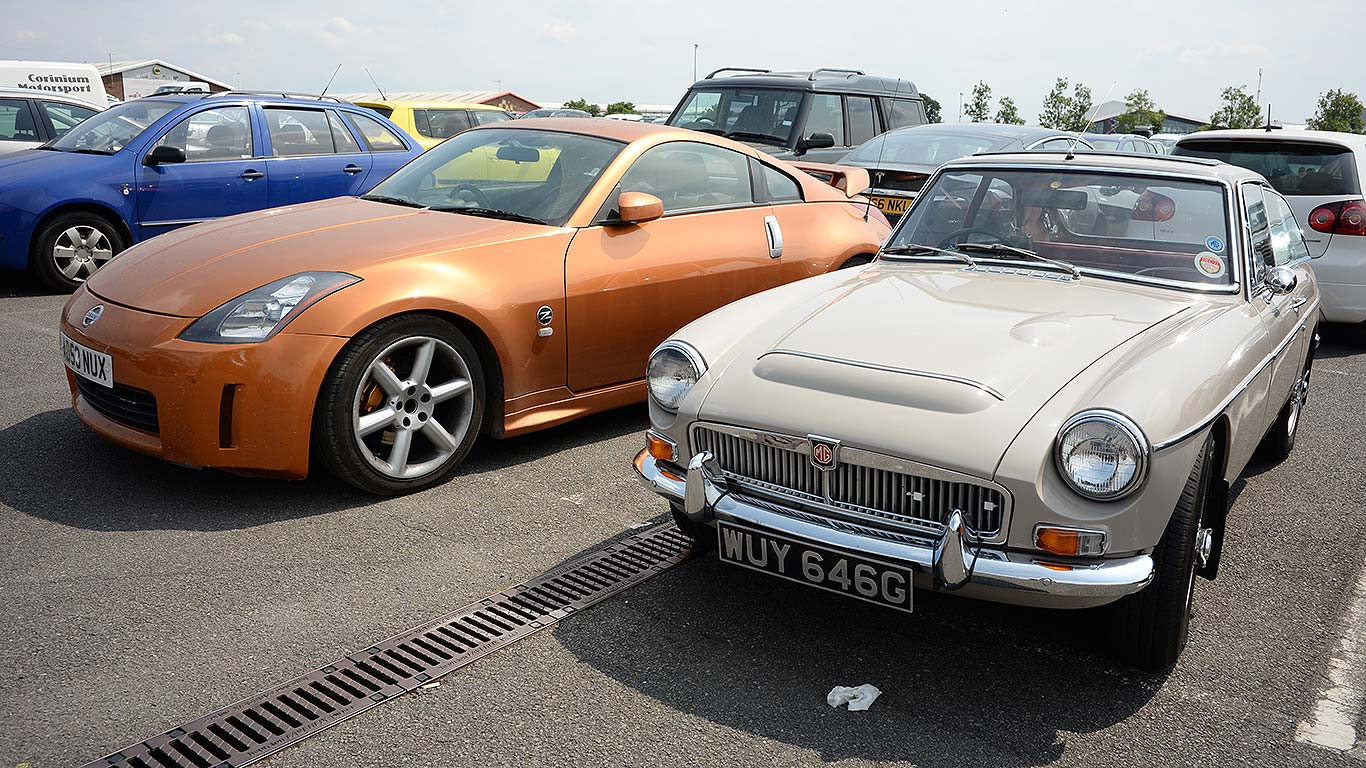 Two classic rear-wheel drive coupes. It’s the Nissan that’s in the ascendancy: pick up a 350Z while you can still afford to… 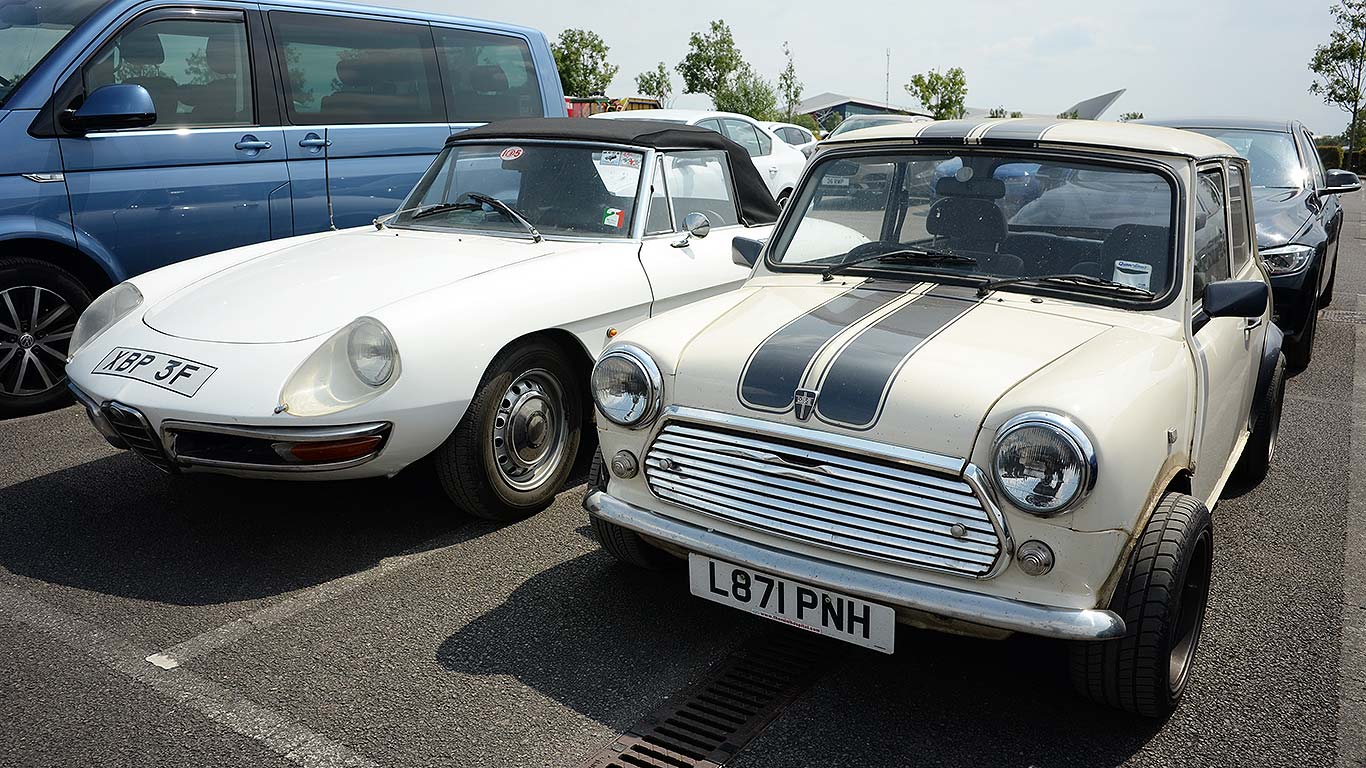 Both were stars of the 1960s. Both will cost you a fortune today. 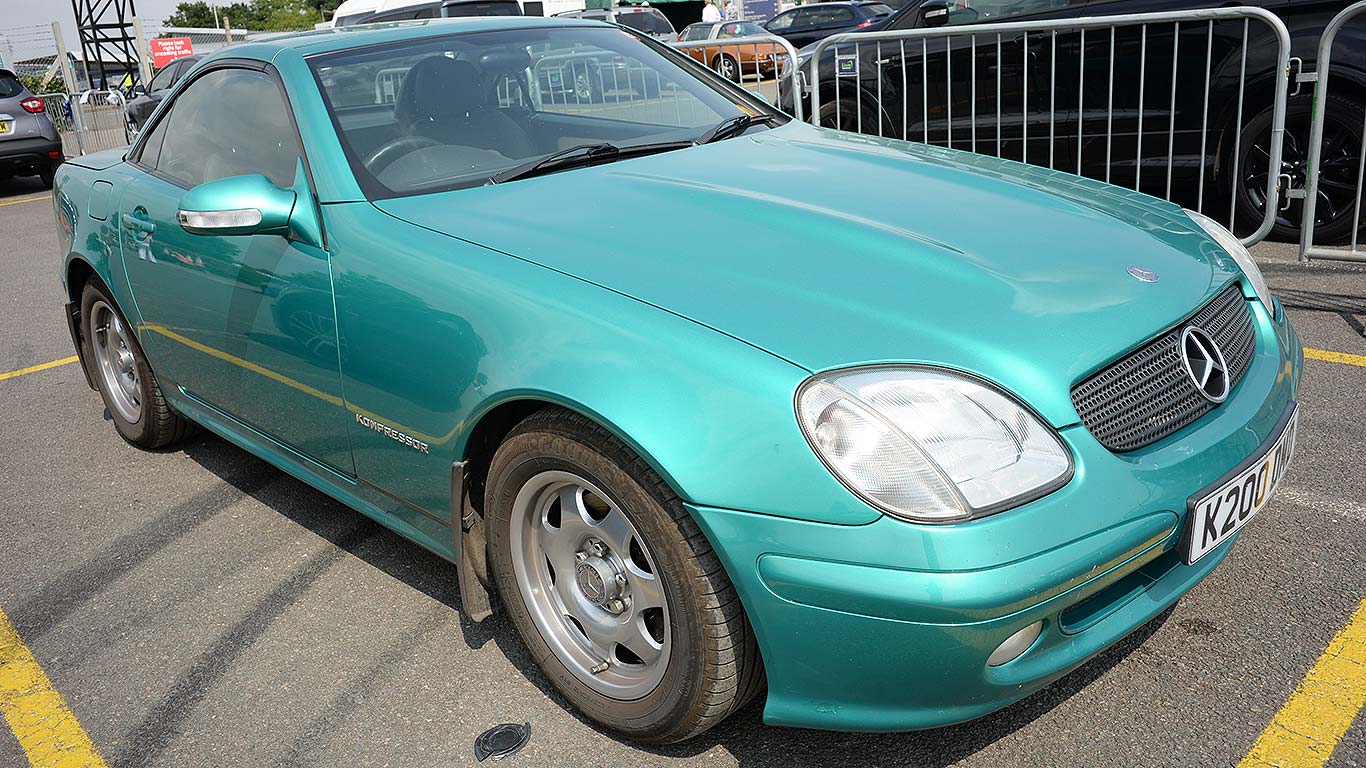 The original SLK can still be picked up for fiendishly low prices. Our tip: do so, particularly if it’s in a period 1990s colour like this metallic green. This pretty car can’t stay this cheap for long. 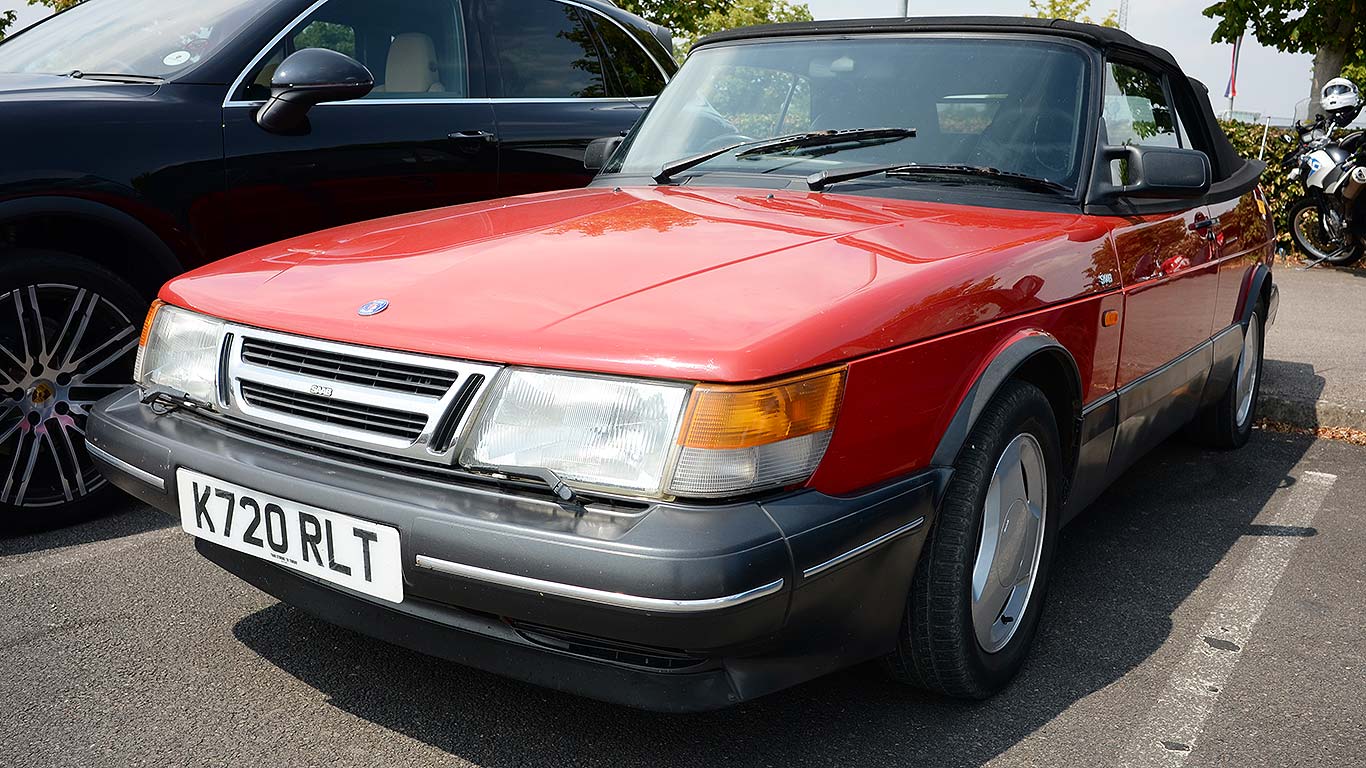 Prices of the original 900 Convertible are already on the up. If you own one, keep it: investments don’t come much safer (or more satisfying). 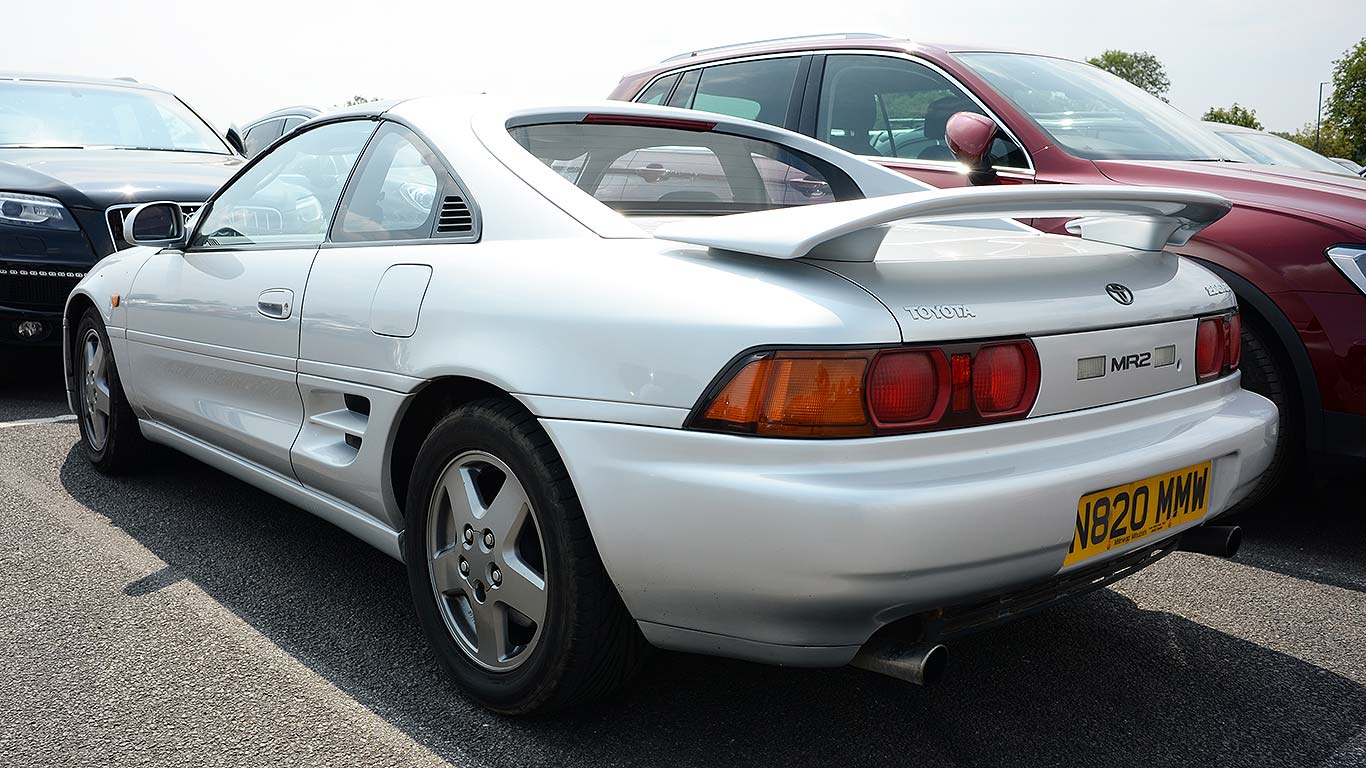 The second-generation Toyota MR2 wasn’t wholly celebrated when new, because everyone loved the angular original. For years, it was overlooked. Its time, surely, is now. Another car we’d advice you buy now while you can still afford to.

Now click through to see some more classics from the Silverstone Classic 2018 car park – including the odd modern classic such as this 641 horsepower Chevy Camaro ZL1.

Goodwood 2018: the greatest car park in the world

MR’s Ethan Jupp goes on a tour of the Goodwood Festival of Speed car park, so you don’t have to
Read more

Historic buildings in a West London park are being revitalised following a £340,000 award from road operator Highways England.
Read more

We add a Subaru XV 2.0i SE Premium Lineartronic to our long-term test fleet
Read more