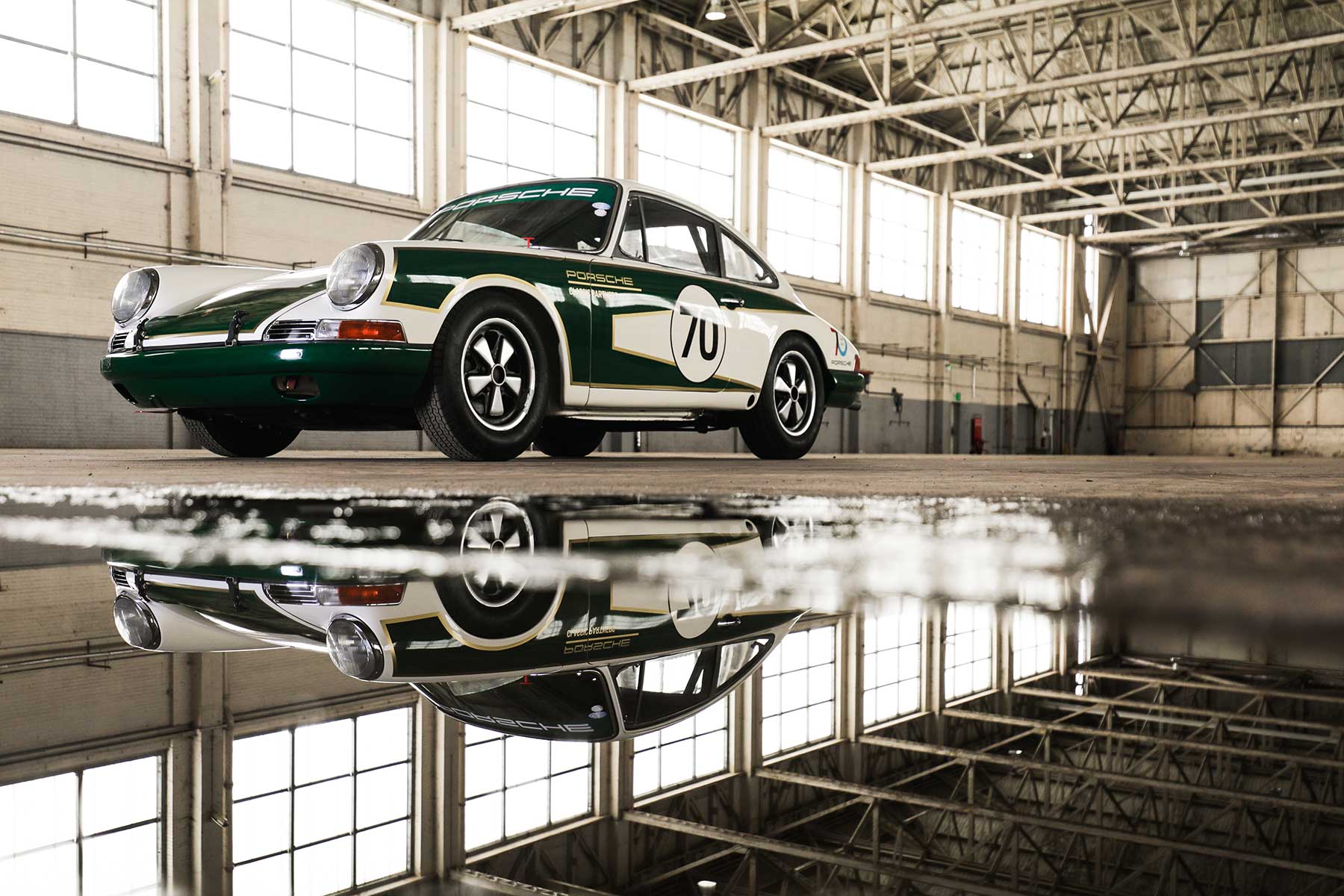 Spectators at a variety motorsport events across the UK and Europe will get to see a very special Porsche 911 competing this summer. This iconic machine has been prepared to help celebrate both the 70th anniversary of Porsche cars – and also show off the abilities offered by Porsche Classic Services.

Given that over 70 percent of all Porsche models ever built are still on the road today, maintaining these classic vehicles and supplying parts for them is a sizeable task. Porsche has a network of Classic Partner Centres across the UK, and can source parts from more than 1,000 suppliers, meaning even the rarest Stuttgart creations can be kept on the road.

With collectors and investors pushing the desirability of Porsche products ever higher, promoting Porsche’s own Classics arm is an important marketing proposition. 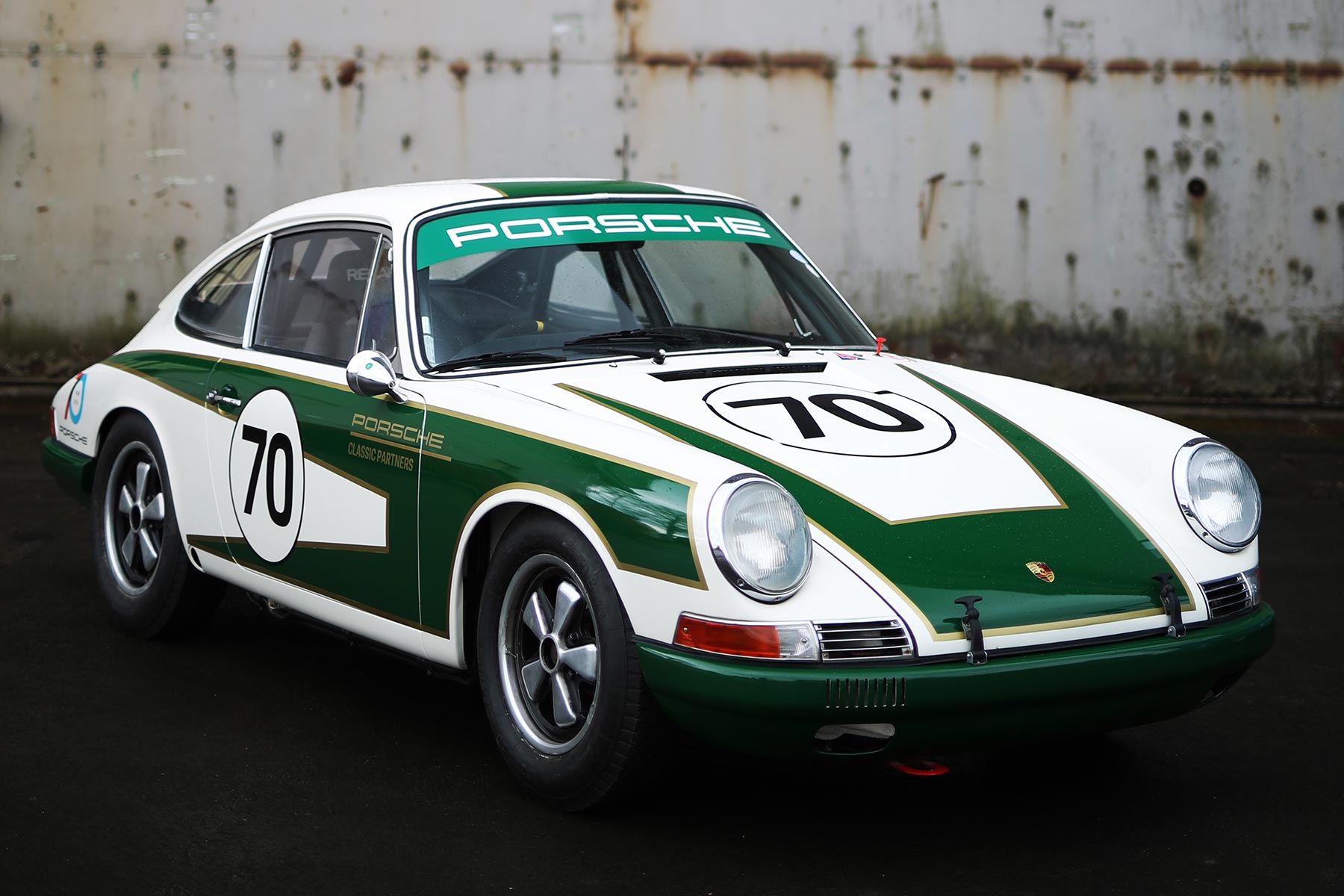 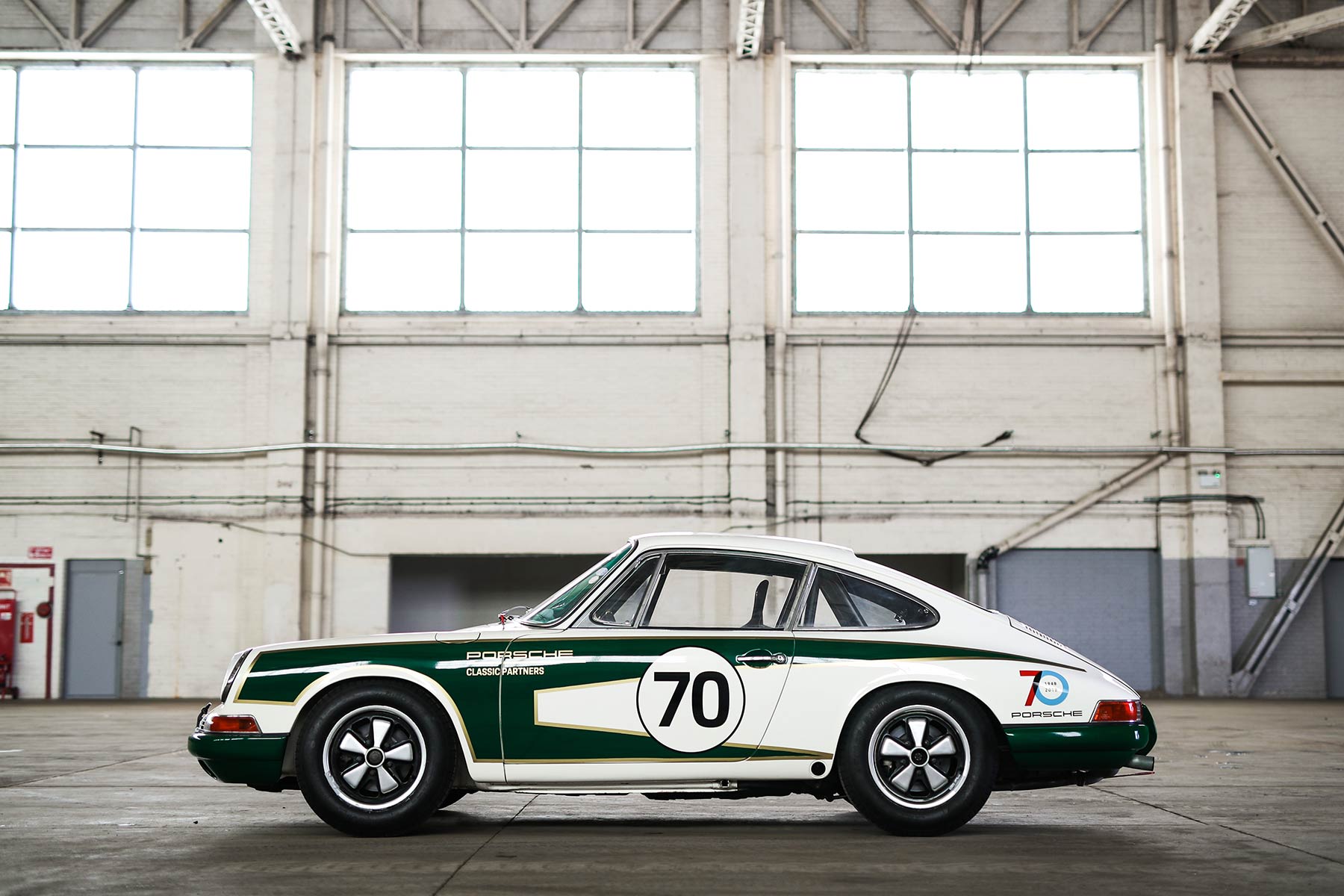 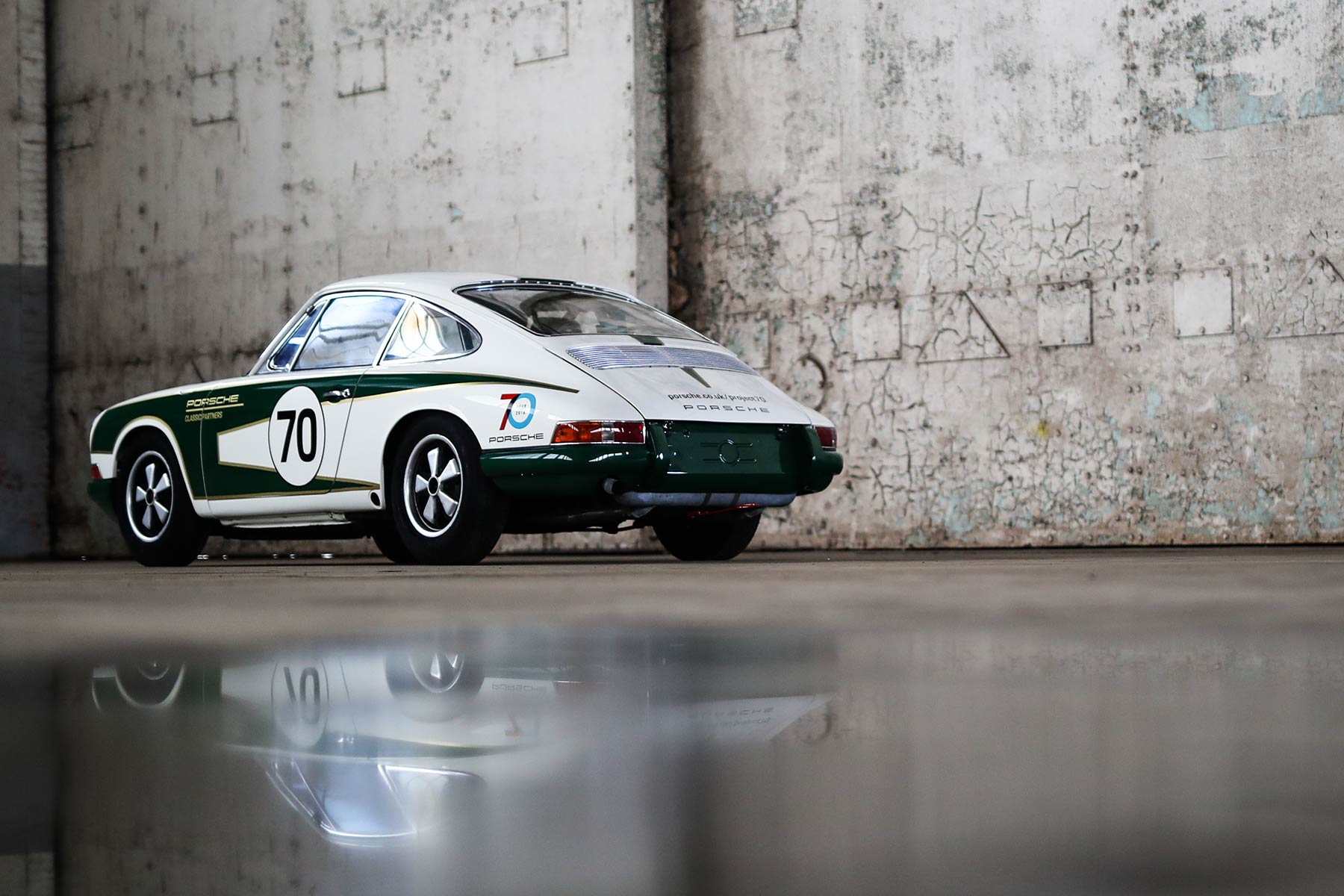 That doing so involves racing a 1965 short wheelbase 911, already owned by Porsche GB, on a legendary circuits across the country and beyond must have made the decision somewhat easier. The beautiful ‘Project 70’ 911 was previously campaigned in 2013 to celebrate 50 years of the 911 badge, but has gained a new retro livery courtesy of a competition run in partnership with Oxford Brookes University.

Originally built in September 1965, the ‘Project 70’ 911 first found a home in Italy, despite being sold as an official right-hand drive car from the factory. It later spent time in the United States, before subsequently arriving in the UK in the 1990s. Here it underwent a thorough restoration, and was also converted to an FIA-approved race car, still powered by the 2.0-litre naturally aspirated flat-six engine. 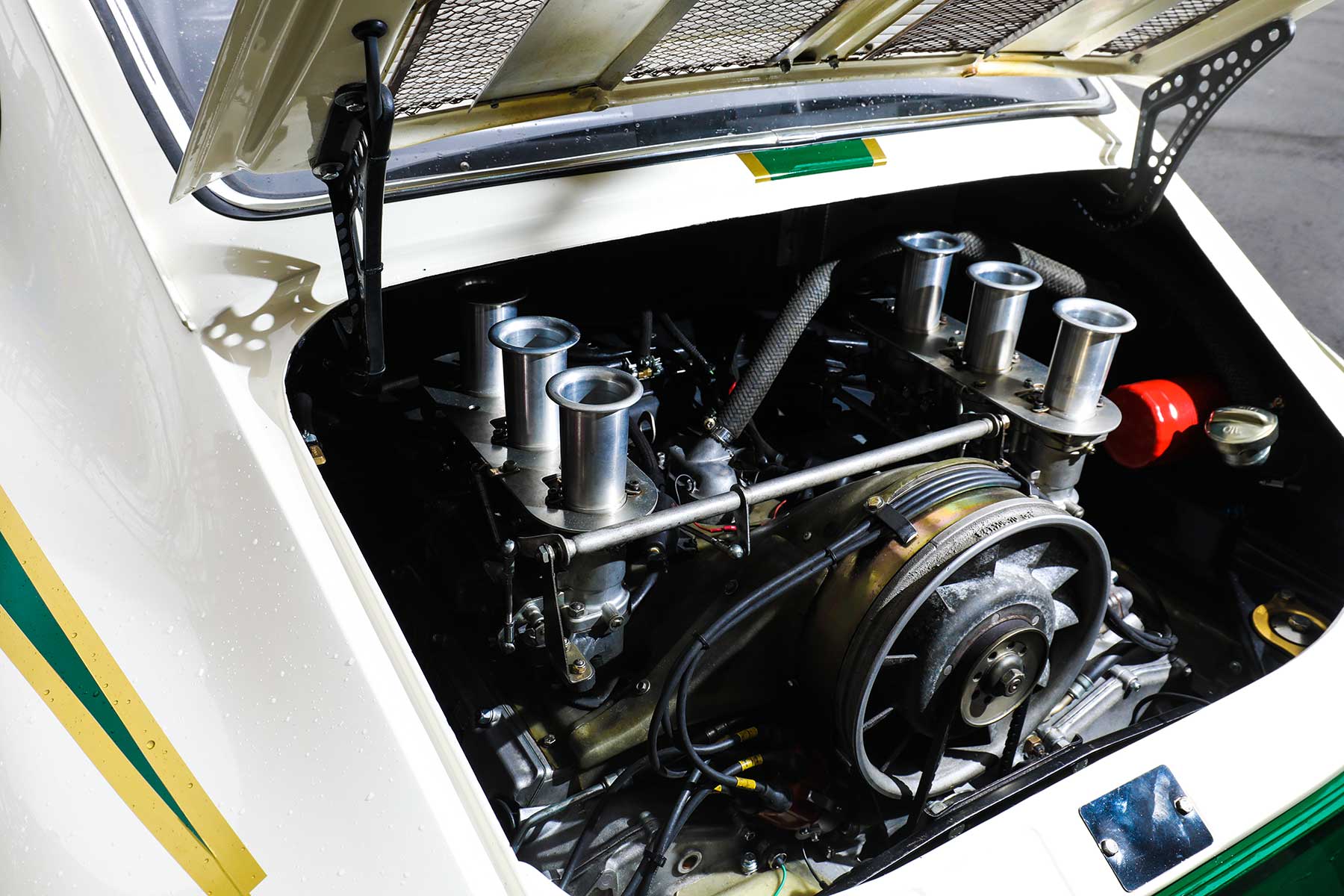 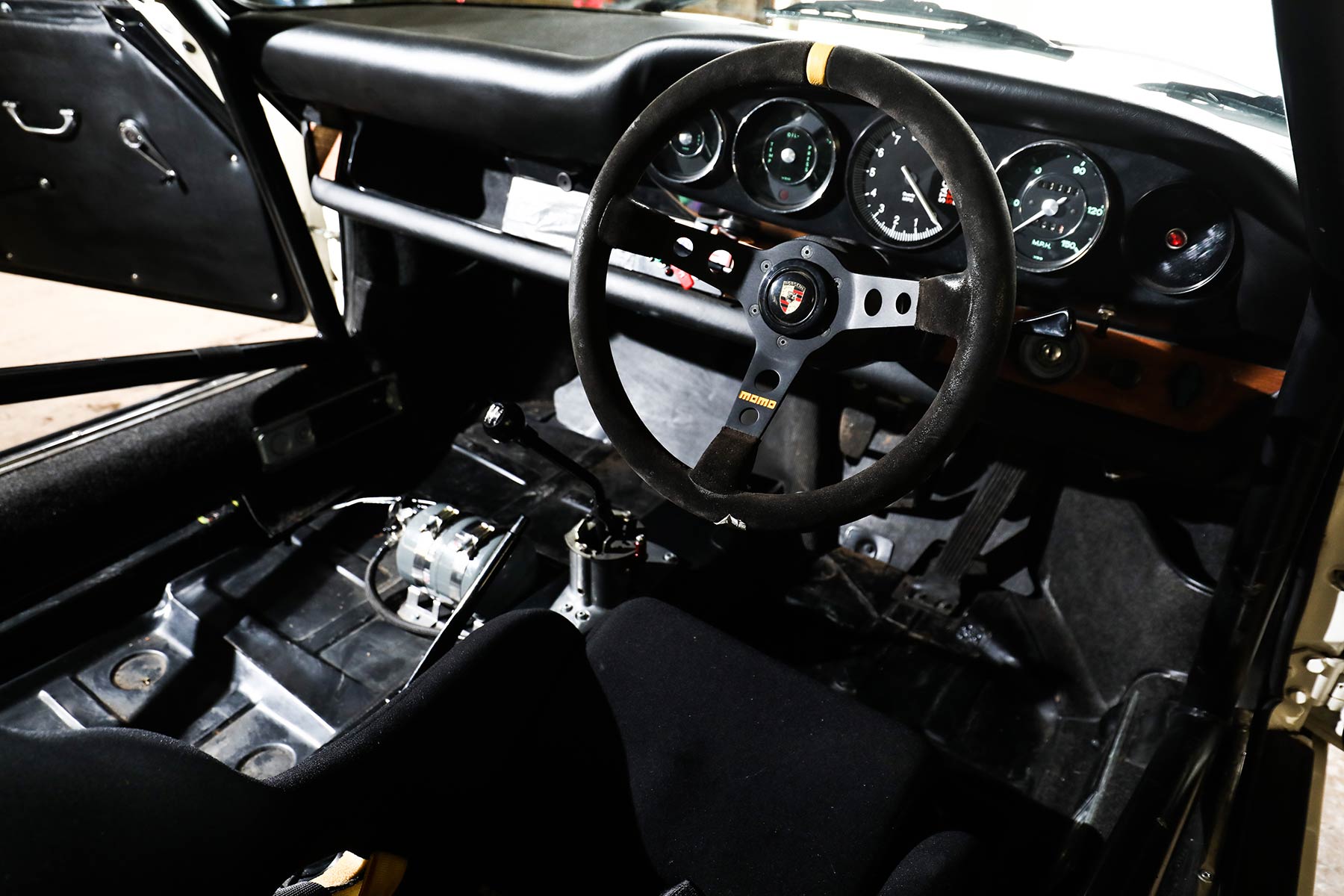 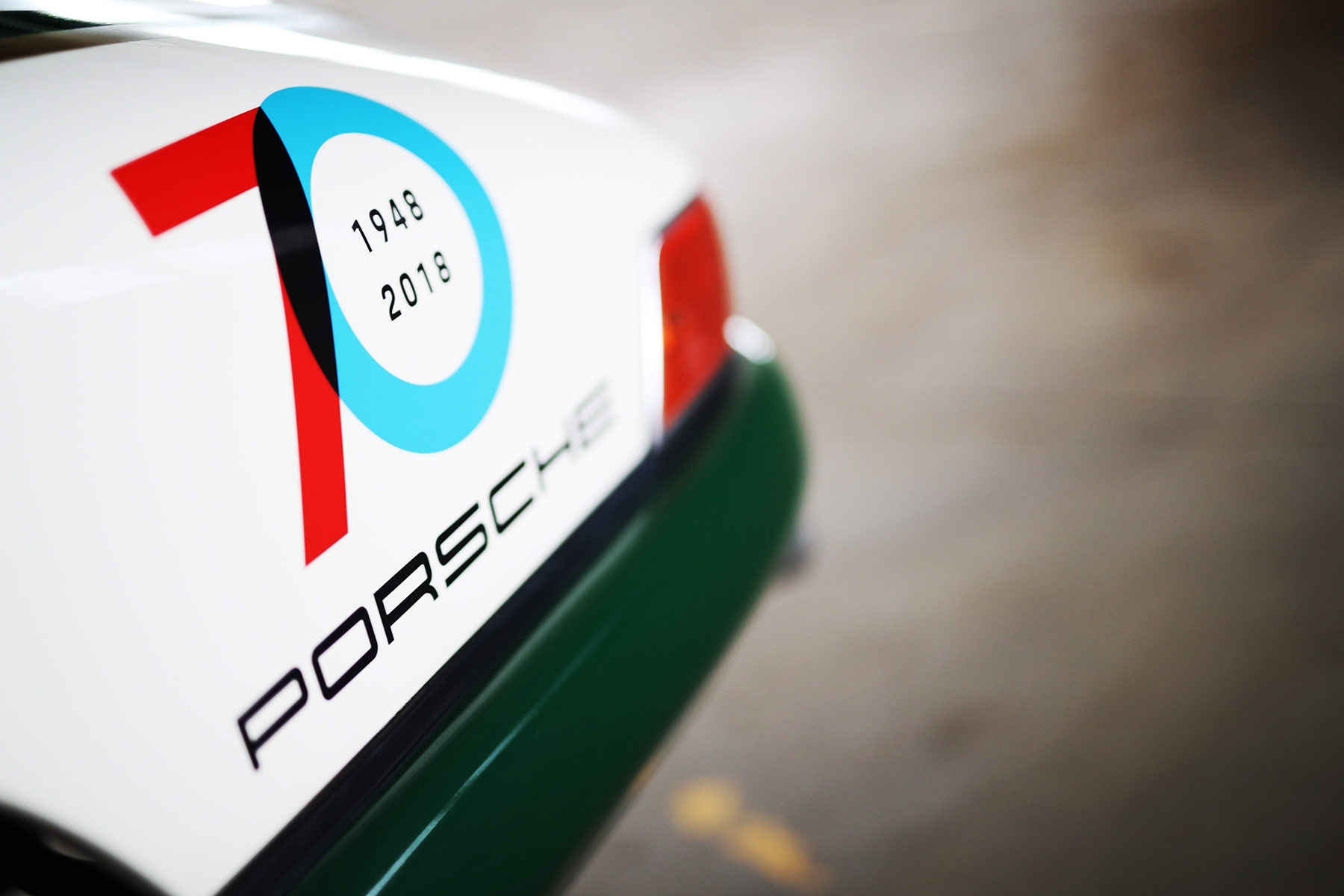 Trackside preparation of the ‘Project 70’ 911 is being undertaken by staff collated from various Porsche Classic Centres across the country, again highlighting their technical expertise on historic models. An extended test session in April saw former touring car driver Anthony Reid sharing driving duties with 1970 Le Mans winner Richard Attwood. Reid is set to drive the car this weekend at Spa Francorchamps, joined by Josh Webster who won the Porsche Carrera Cup GB in 2014.

Taking part in eight competitions means fans should have plenty of opportunity to see ‘Project 70’ being used in all its glory at one of these events: