A new report claims that until there is a significant behavioural change, hybrids will be superior to plug-in hybrids in the quest to lower CO2 emissions. 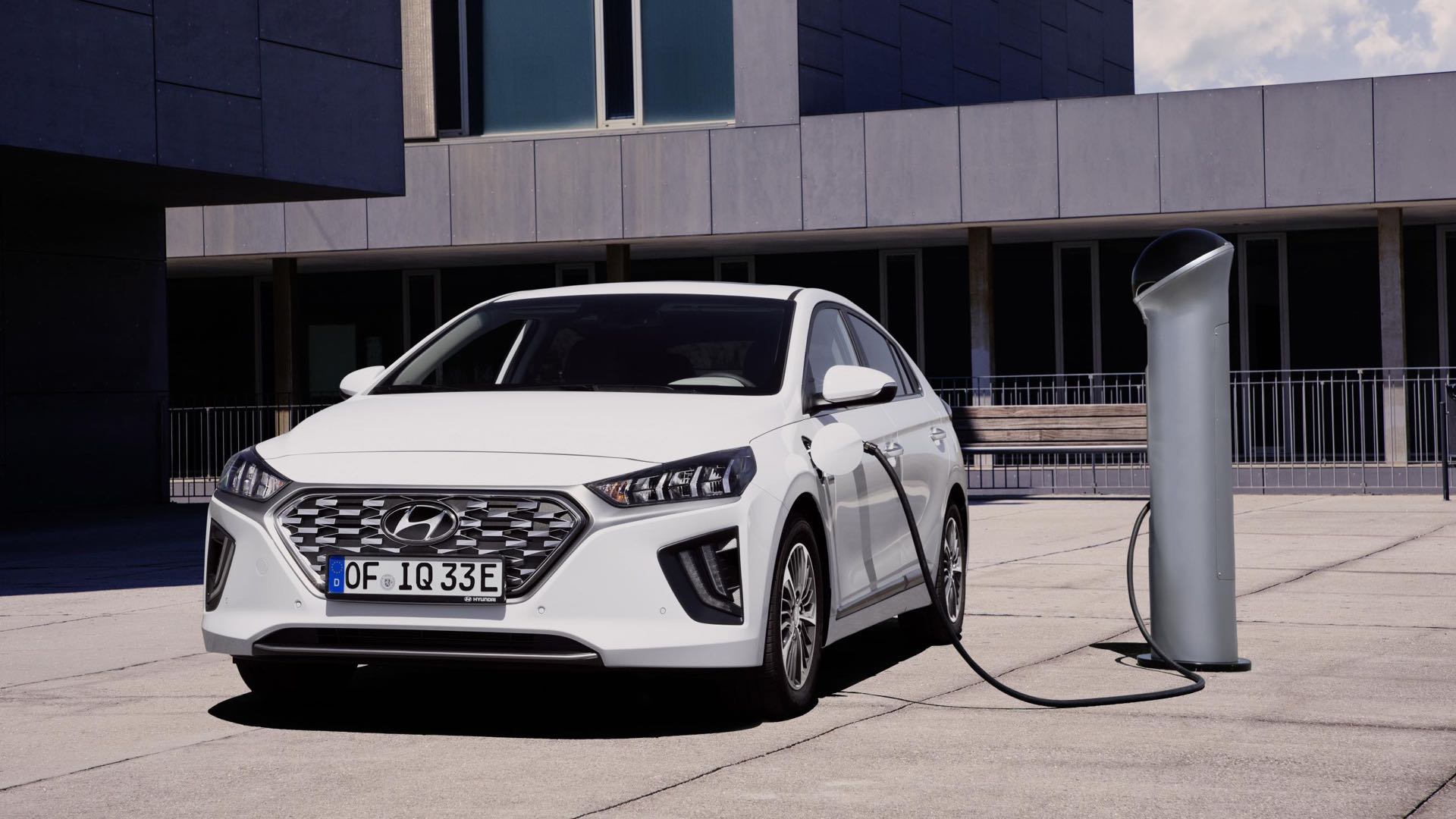 Hybrids are superior to plug-in hybrids (PHEVs) when it comes to delivering lower CO2 emissions, despite PHEVs performing far better on paper.

That’s according to a new report published by Emissions Analytics.

It found that PHEVs are “ineffective without behavioural compliance”. In other words, a PHEV that is never plugged in will achieve poor real-world results.

The report references PHEV use in the Netherlands, where the Dutch government removed subsidies, citing evidence suggesting that many owners rarely plugged in at home or work.

The UK government also removed previously generous subsidies for plug-in hybrid vehicles in November 2018, with the £3,500 plug-in grant only available to cars with CO2 emissions of less than 50g/km and an ability to travel at least 70 miles without any emissions.

In May, a government minister told Autocar that grants for plug-in hybrid vehicles would not be returning to the UK. Jesse Norman, minister of state for the Department for Transport, said: “We have to spend the tax payers’ money in a way that reflects the changing market.

“The evidence was very clear: owners of plug-in hybrids were not plugging them in, negating the environmental benefits and undermining the incentives.”

In tests, Emissions Analytics found that PHEVs that aren’t plugged in deliver an average 37.2mpg and CO2 emissions of 193.3g/km. These figures are 62.5 percent worse than the old NEDC results.

The report isn’t saying that plug-in hybrids are inferior to traditional hybrids, but says that authorities must enforce the correct use of a PHEV within fleet circles. Bus operators, fleet owners and taxi firms are just three examples where enforcement should be possible.

From a consumer perspective, tests conducted by Emissions Analytics found that non-plug-in hybrids “offer faster and more certain [CO2] reductions of up to 30 percent”. 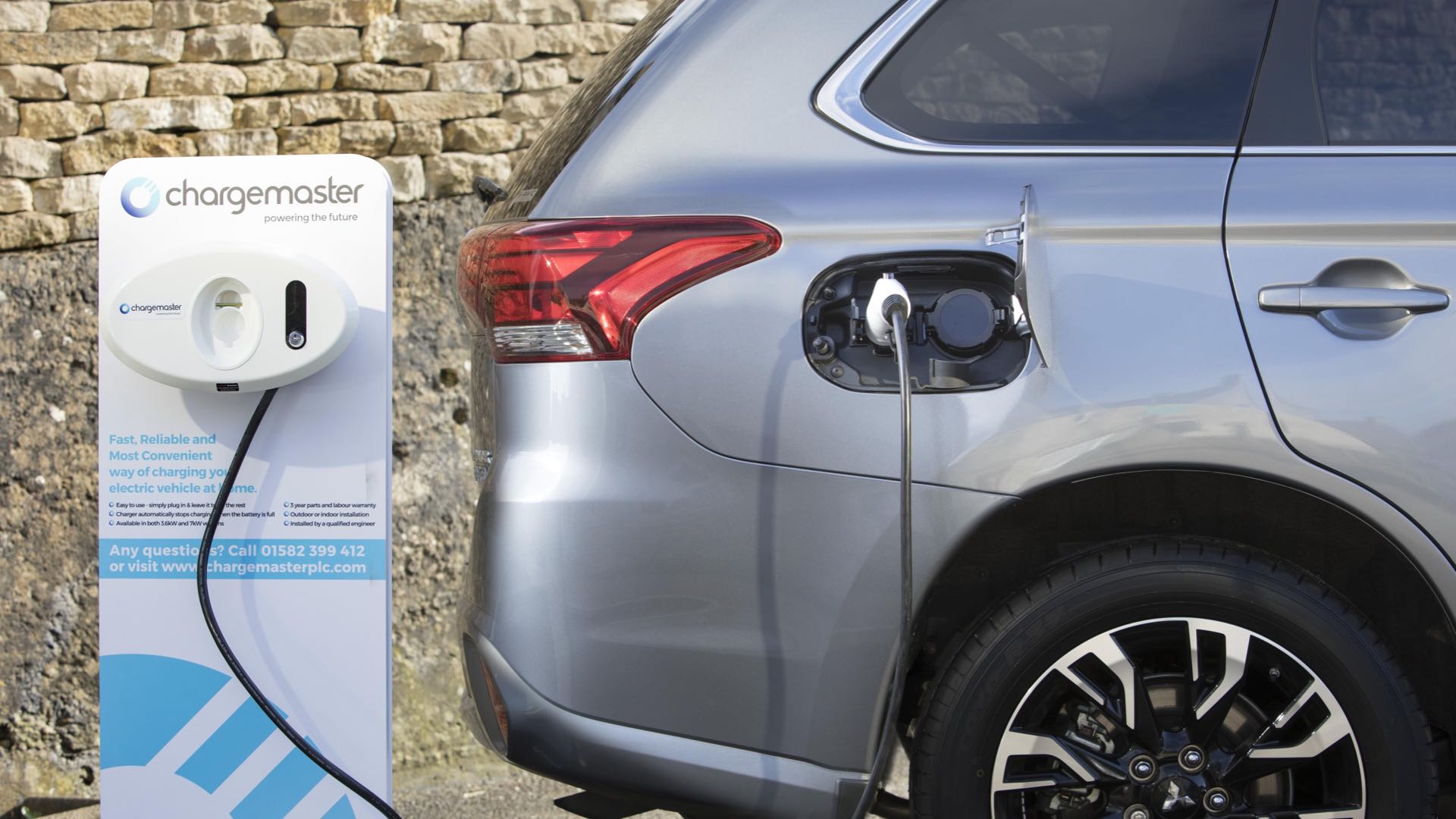 The testing and data specialist referenced best and worst case scenarios for PHEV use.

A BMW 330e could deliver up to 37 miles of electric range, while the Toyota Prius Plug-in Hybrid offers up to 39 miles. The Volvo XC40 T5 plug-in hybrid – the latest PHEV to hit the market – should offer 28.6 miles of pure-electric running.

Meanwhile, the Mitsubishi Outlander PHEV, which enjoys a 24.7 percent share of the plug-in hybrid market, offers 28 miles of electric range.

For its part, while not disagreeing with some elements of the report, a spokesperson for Mitsubishi UK said two-thirds of Outlander PHEV owners charged every day and half of the daily average mileage was conducted in EV mode.

Mitsubishi told Fleet World: “We don’t disagree that PHEVs need a degree of behavioural adjustment but in most cases that adjustment comes naturally.

“In the case of the Outlander PHEV, customers have found it is considerably more cost-effective to run than an ICE vehicle day-to-day and brings added benefits of reducing urban noise and air pollution especially during peak times when petrol and diesel are at their least efficient.

“For private customers, there are now no VED savings, no charging incentives and no plug-in car grant to reduce the purchase price. They buy purely for the driving experience and because PHEVs are more considerably affordable and more convenient to own.”

Mitsubishi also said that 25 percent of Outlander PHEV customers are considering a pure EV next.

Realistic range is the key 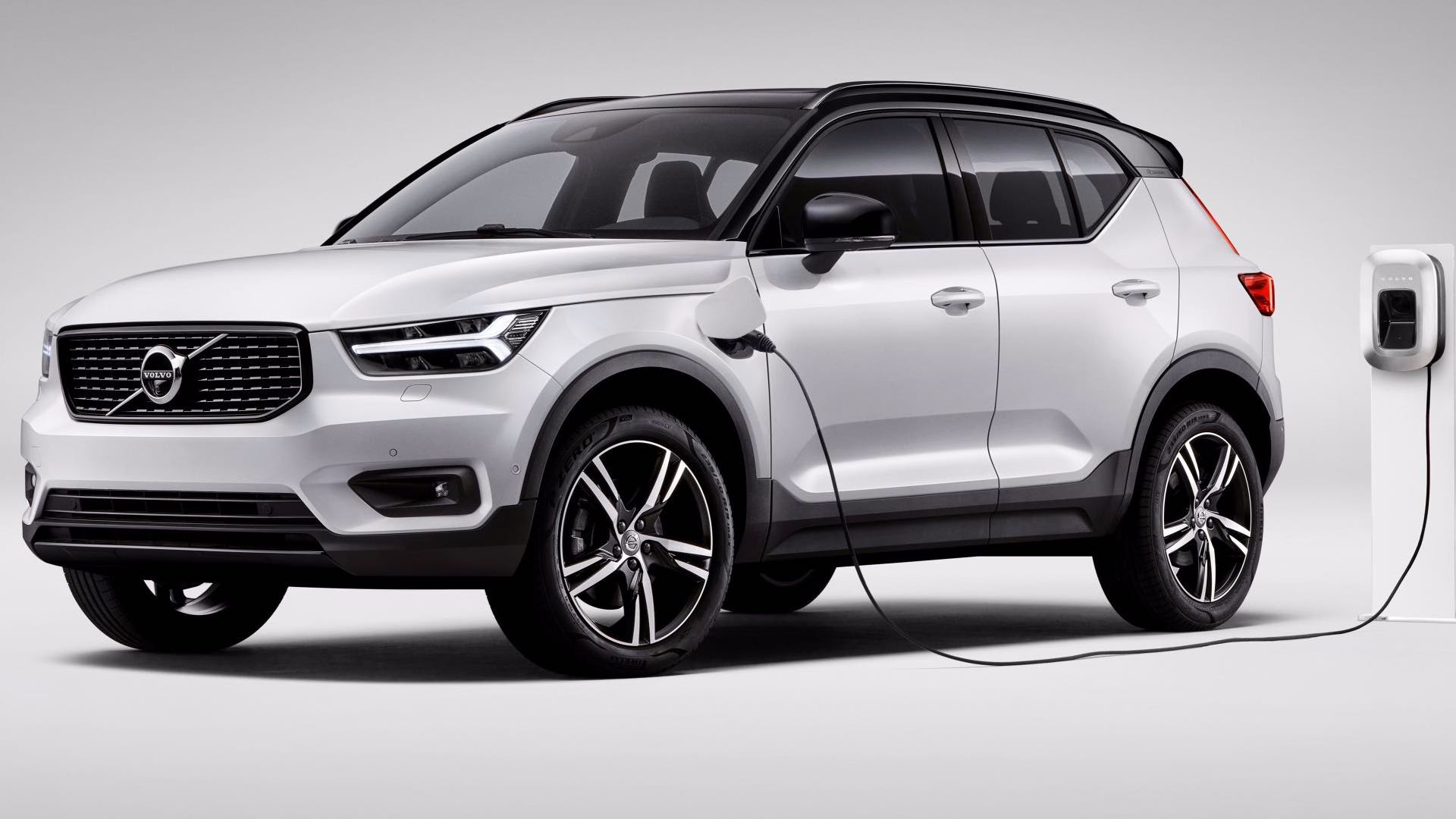 It’s clear that attitudes towards PHEVs need to change, not least from the owners themselves. Today’s plug-in hybrids offer longer electric range than earlier models, certainly enough to handle a typical daily commute.

When a PHEV boasts a realistic utility factor (UF) – that’s the electric driving share – evidence suggests that owners are more inclined to plug in.

A U.S. study based on 1,831 Chevrolet Volts – a plug-in hybrid with a range of up to 53 miles – found an average UF of 78 percent. In Dutch data, based on fuel card usage, the UF was 24 percent. Here, the study contained many smaller PHEVs with reduced electric range.

In conclusion, Emissions Analytics said that “PHEVs will deliver less and less certain reductions in CO2 than non-plug-in hybrids. In other words, that they are ineffective without behavioural compliance, and that such compliance is politically infeasible in most democracies where it would be considered an intrusion on privacy.

“The case for future PHEVs may lie principally in the light to medium commercial fleet, where the advent of zero-emission city centres may force dual-drivetrain approaches, the pure electric drive share being saved for last mile delivery and the ICE (diesel as well as petrol) permitting long highway distances, refrigeration units and so forth.” 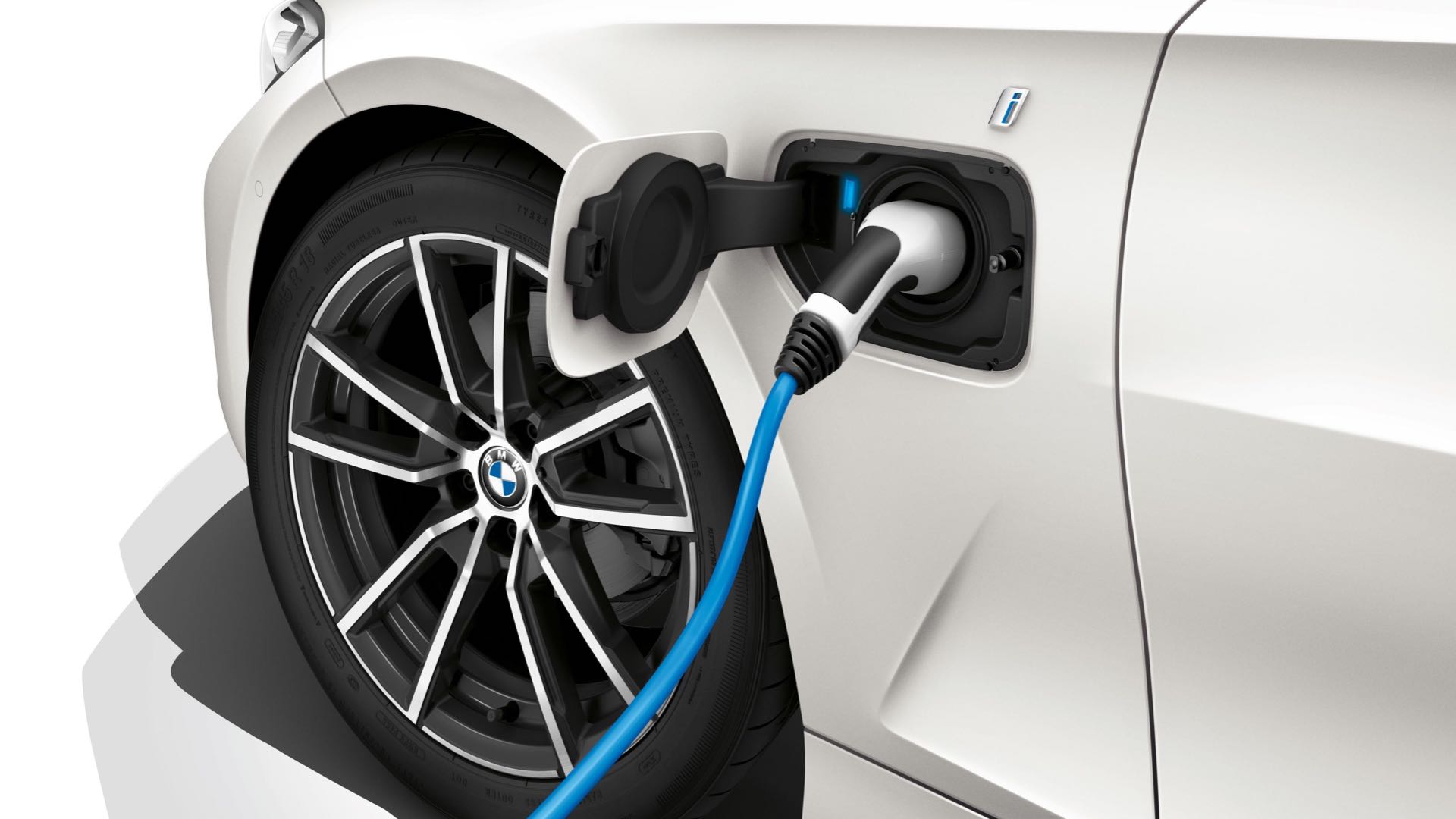 Hybrid and electric car registrations are up 32.4 percent and 125.1 percent respectively.

The SMMT has previously called for the grant for PHEVs to be reinstated. Mike Hawes, SMMT chief executive said “the decline in PHEV demand and overall market softness is bad news.

“We’ve seen registrations of plug-in hybrid electric cars fall since the chancellor announced the scrapping of the grant for PHEV purchases in the autumn Budget last year.

“Manufacturers have invested and are committing further billions to bring the latest ultra low emission vehicles to market, but their efforts are being undermined by confusing policies and the premature removal of purchase incentives. These new technologies need long term support to become established as awareness grows and consumers get on board.”

The new Vauxhall Mokka is on sale now with first deliveries beginning in April 2021. There is also a new Mokka-e EV with a 201-mile range
Read more
Previous articleMotorists want full-sized spare wheels to make a comeback
Next articleBeige against the machine: the least popular car colours revealed

The Ford Ranger Raptor pick-up will see action in South Wales, as officers evaluate whether the Baja-bashing truck is up to the task of crime-fighting.
Read more

The new Toyota Yaris has been unveiled for the first time. Boring is out and bold is in for the firm’s best-selling car in Britain.
Read more

Flotation is expected this autumn, valuing the British sports car firm at up to £5 billion
Read more

Jeremy Clarkson’s cars of the year 2019

The papers have clubbed together to decide on their cars of the year for 2019, with the help of none other than Jeremy Clarkson
Read more

It’s transformed Volvo: can it now do the same to Lotus?
Read more
Car News

Some front: parents are breaking the law to save on car insurance

1 in 10 parents of young drivers are risking a trip to court and a criminal record for ‘fronting’ their child’s car insurance policy, research has found.
Read more
Advice

What do learner drivers really want to be tested on?

Driving in winter is treacherous and challenging, but it can also impact your wallet. Here's how to stay safe and avoid unnecessary costs.
Read more
Advice