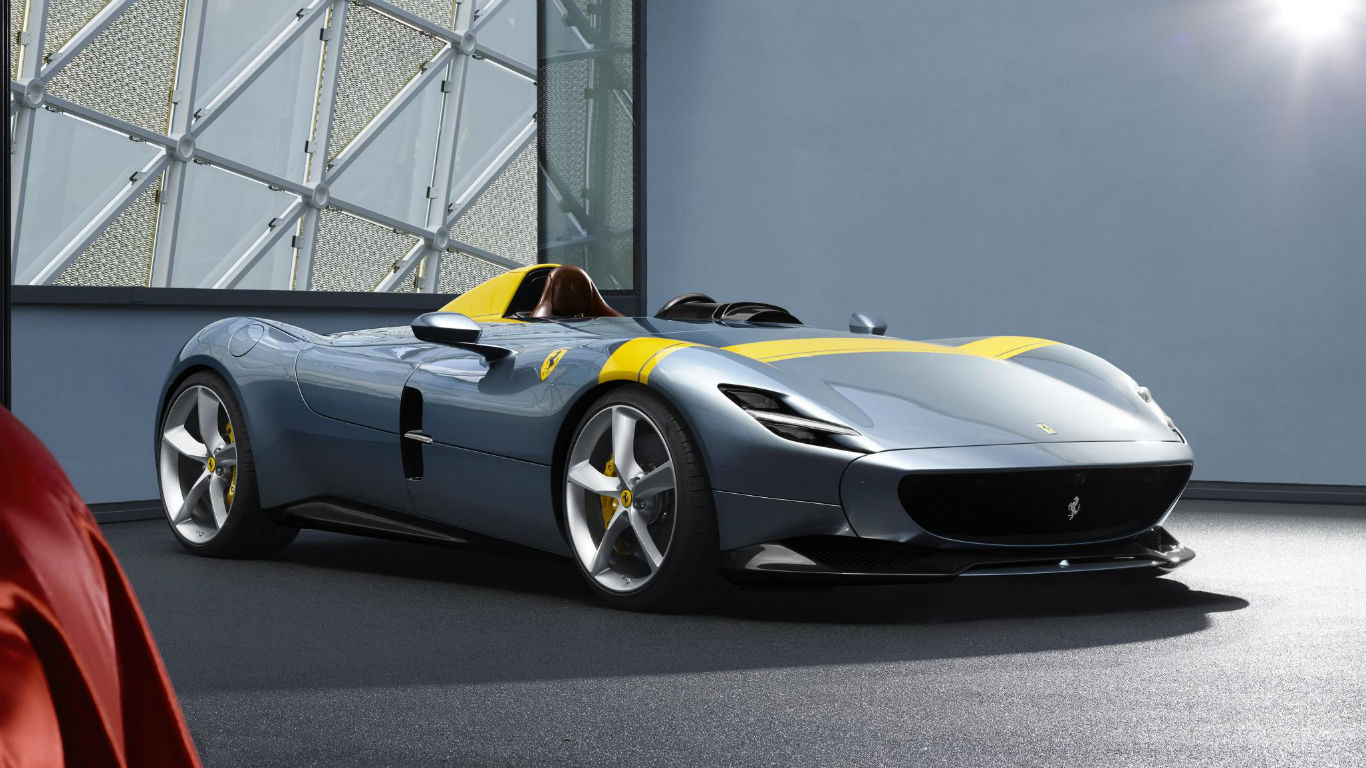 The first International Automobile Exhibition was held on the terrace of the Jardin des Tuileries in 1898, making this the 120th anniversary of the Paris Motor Show. This year, the show is as notable for the list of absentees as it is for the manufacturers in the French capital showcasing their latest metal. But there’s no shortage of debuts to get excited about, as our preview gallery reveals. 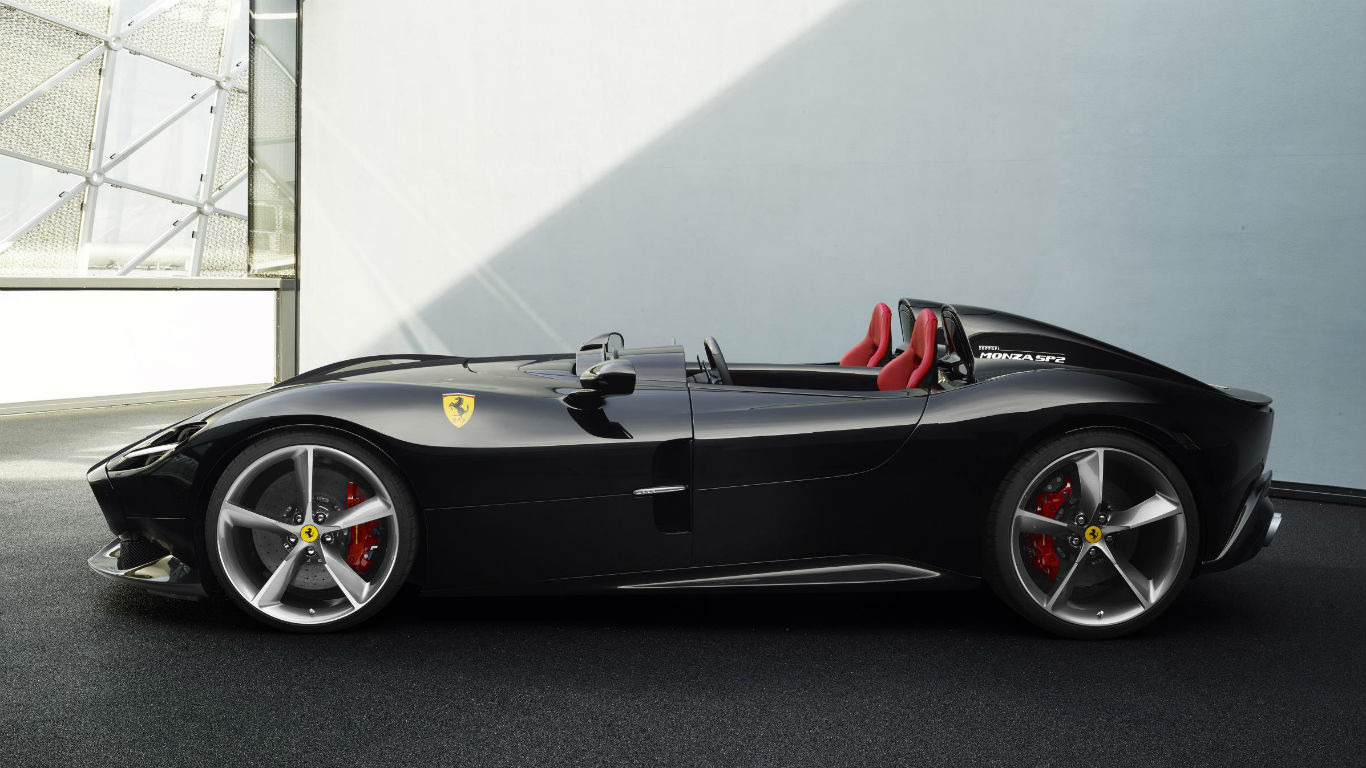 The new Monza SP1 and SP2 models are the first in a new segment called ‘Icone’ and draw inspiration from Ferraris of the 1950s. The SP1 (top) is a single-seat road car, while the SP2 (above) does away with a tonneau cover and adds a second protective screen to become a two-seater. Each one will hit 62mph in just 2.9 seconds. They’re likely to be the biggest draws at this year’s show. 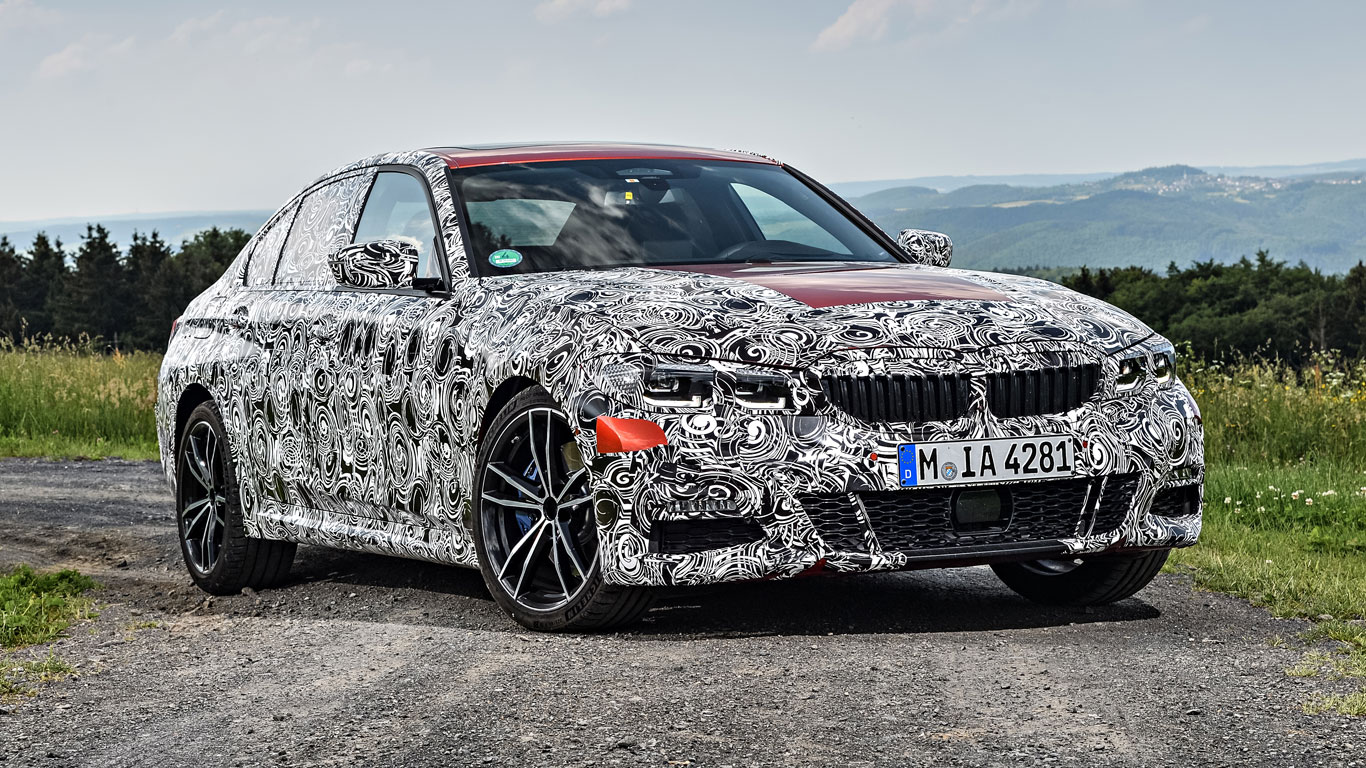 In the real world, this is the probably the most important new car at the Paris Motor Show. Some 14 million BMW 3 Series have been sold since its launch in 1975, making it the best selling premium executive car the world has ever seen. It’s not hard to imagine what it will look like – even in full camo-wear – while the tech will be lifted from the 5 Series and 7 Series. The hours spent at the Nürburgring should ensure it retains the driving pleasure of its predecessors. 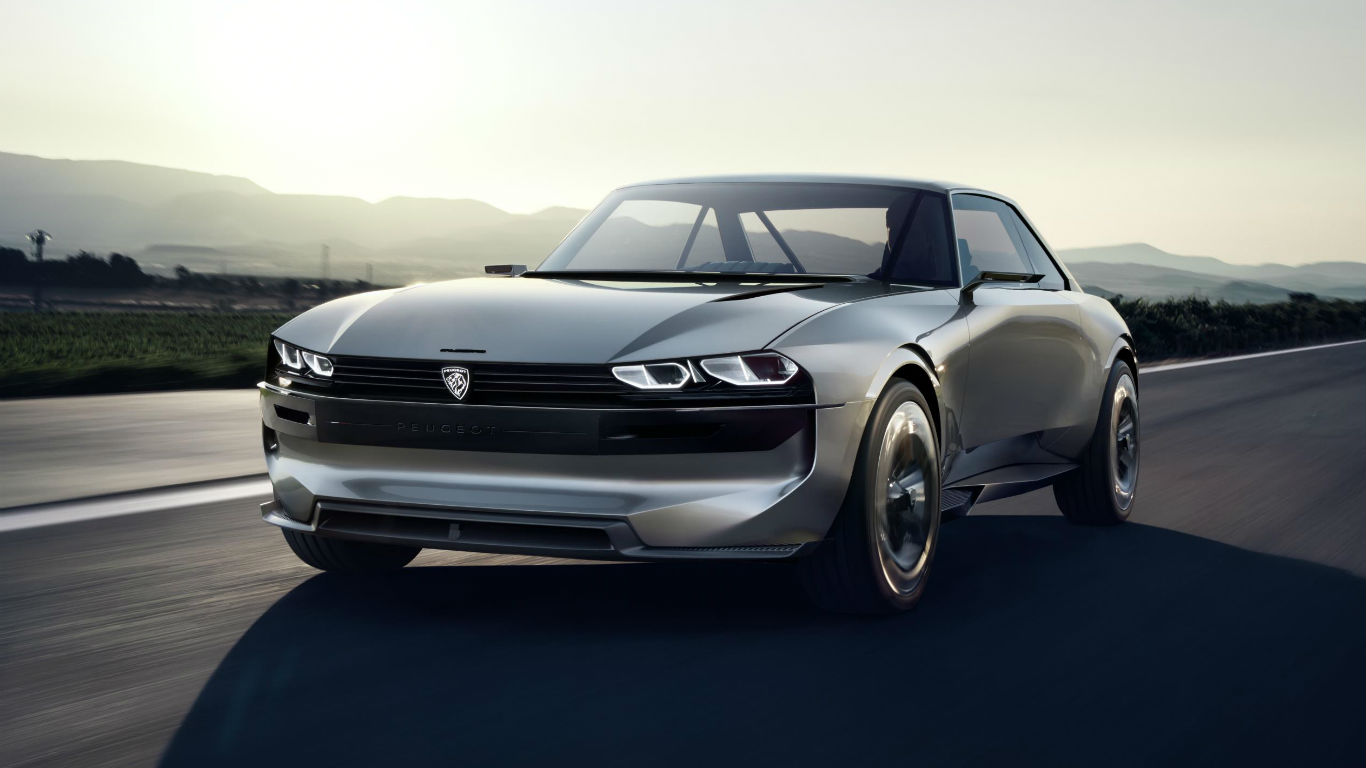 The Peugeot e-Legend concept is an all-electric, fully-autonomous show car inspired by the famous 504 Coupe. A fitting tribute for a car celebrating its 50th anniversary, but the e-Legend has its eyes firmly on the future. Powered by 100Wh batteries, the 462hp concept has four-wheel drive, a 136mph top speed and will sprint to 62mph in less than four seconds. It also offers 442 miles of range. 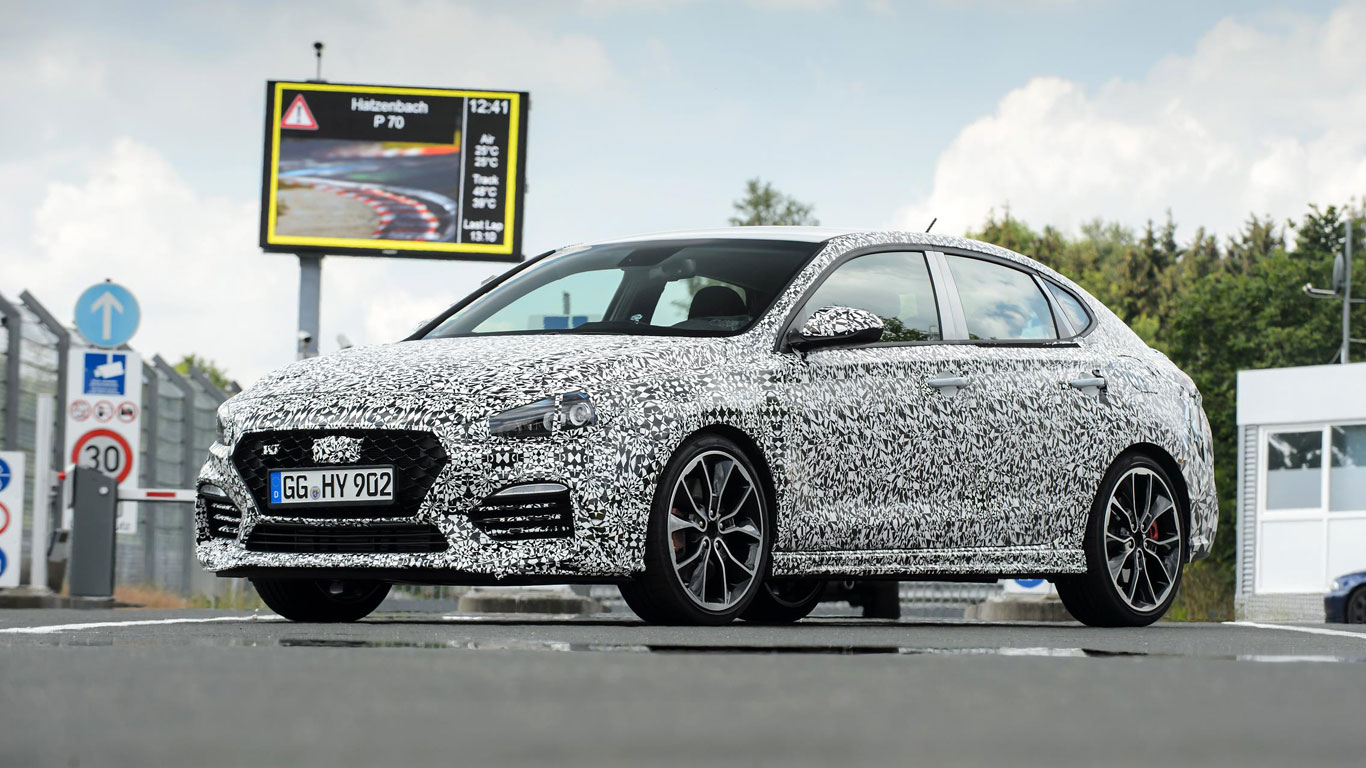 The Hyundai i30 Fastback N is another car with countless Nürburgring hours to its name, and we’re confident that it will be every bit as good as its hatchback sibling. It’s the third N model after the five-door i30 N and the Veloster N, and we expect the performance figures to be similar to those of the hot hatch. 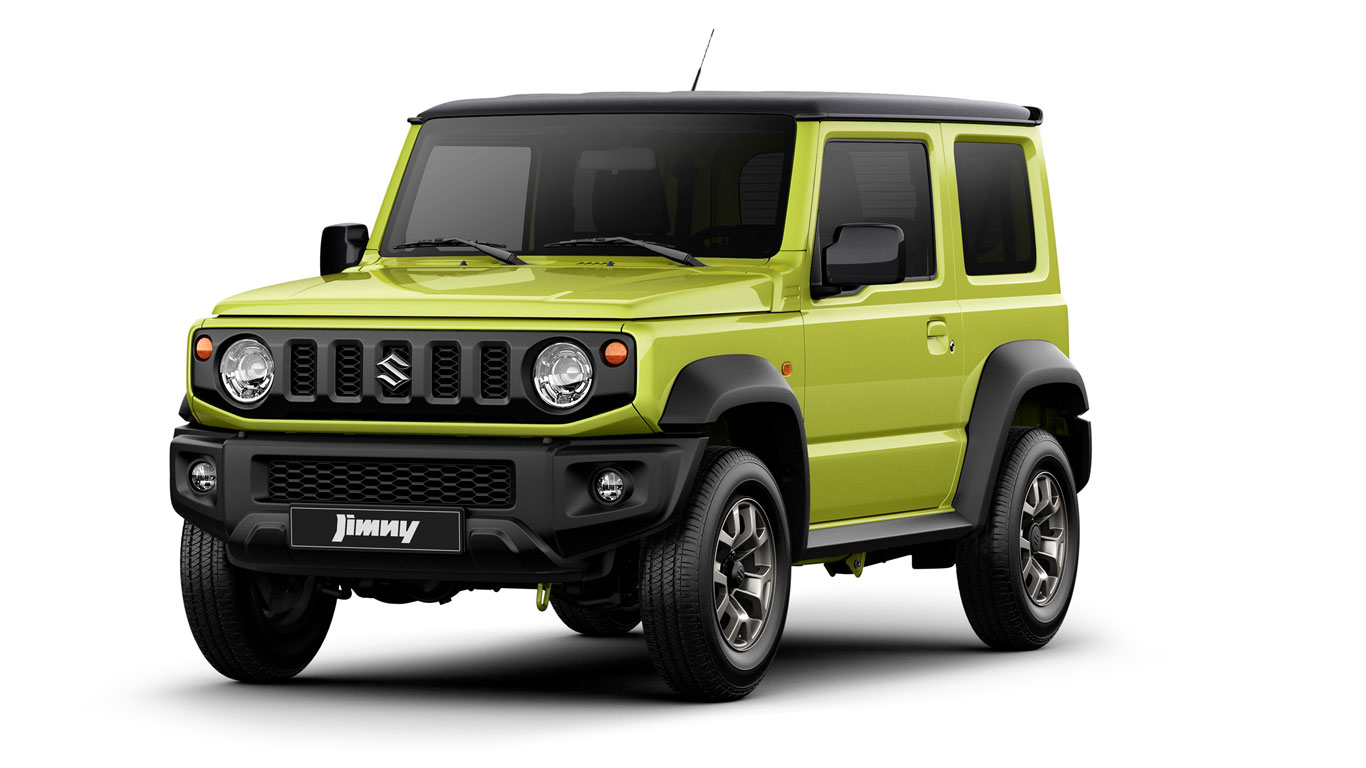 Suzuki is rolling into Paris armed with an antidote to the rise of the needlessly oversized and brutish SUV. The new Jimny tips its hat to Suzuki models of old, featuring the likes of round headlights, independent indicators, rear combination lights and a tailgate-mounted spare wheel. Power is sourced from a 1.5-litre four-cylinder petrol engine, with two transmissions available. We’ll be driving a new Jimny before the Paris show… 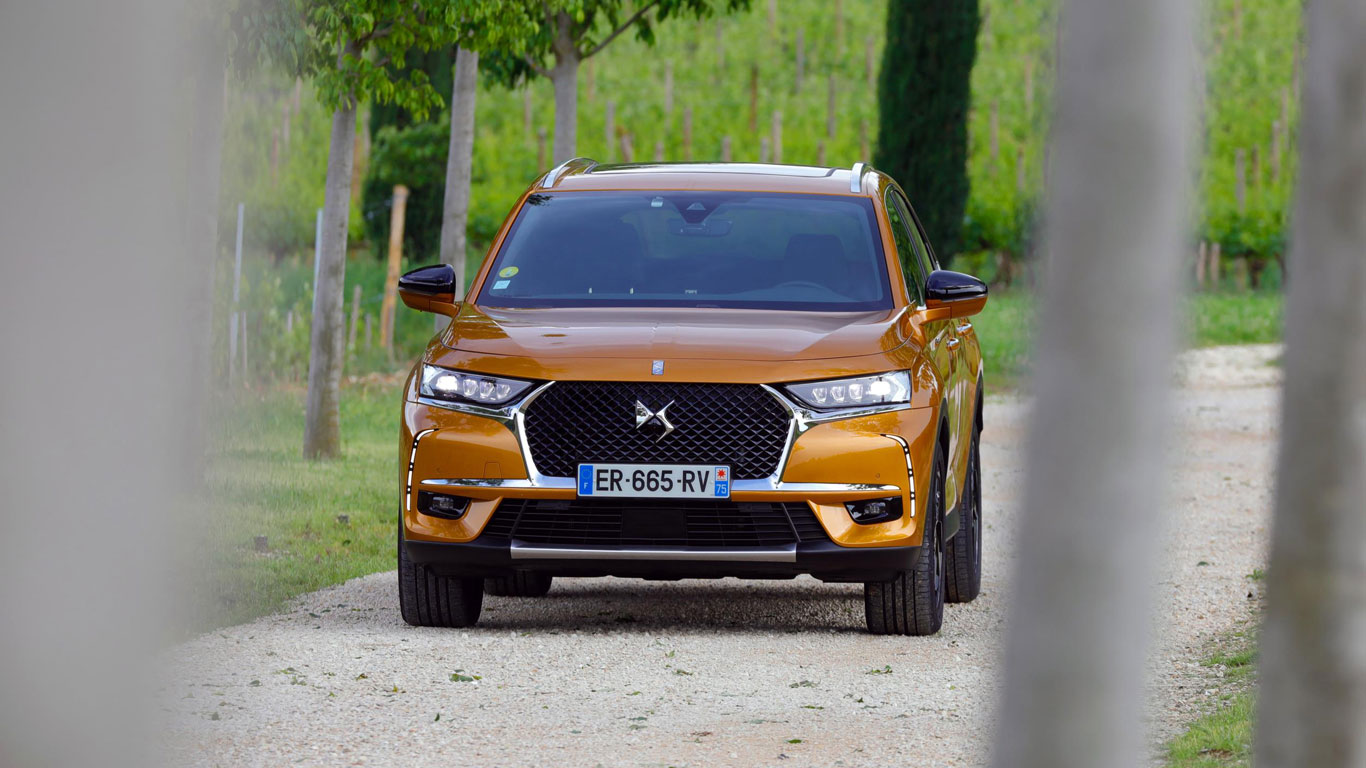 As the new suggests, the new DS 3 Crossback will be a smaller sibling to the DS 7 Crossback (pictured) and will do battle in the hotly contested compact SUV segment. Although little is known about the new car, we do know that it will use PSA’s small Common Modular Platform and that an electric version is on the cards. 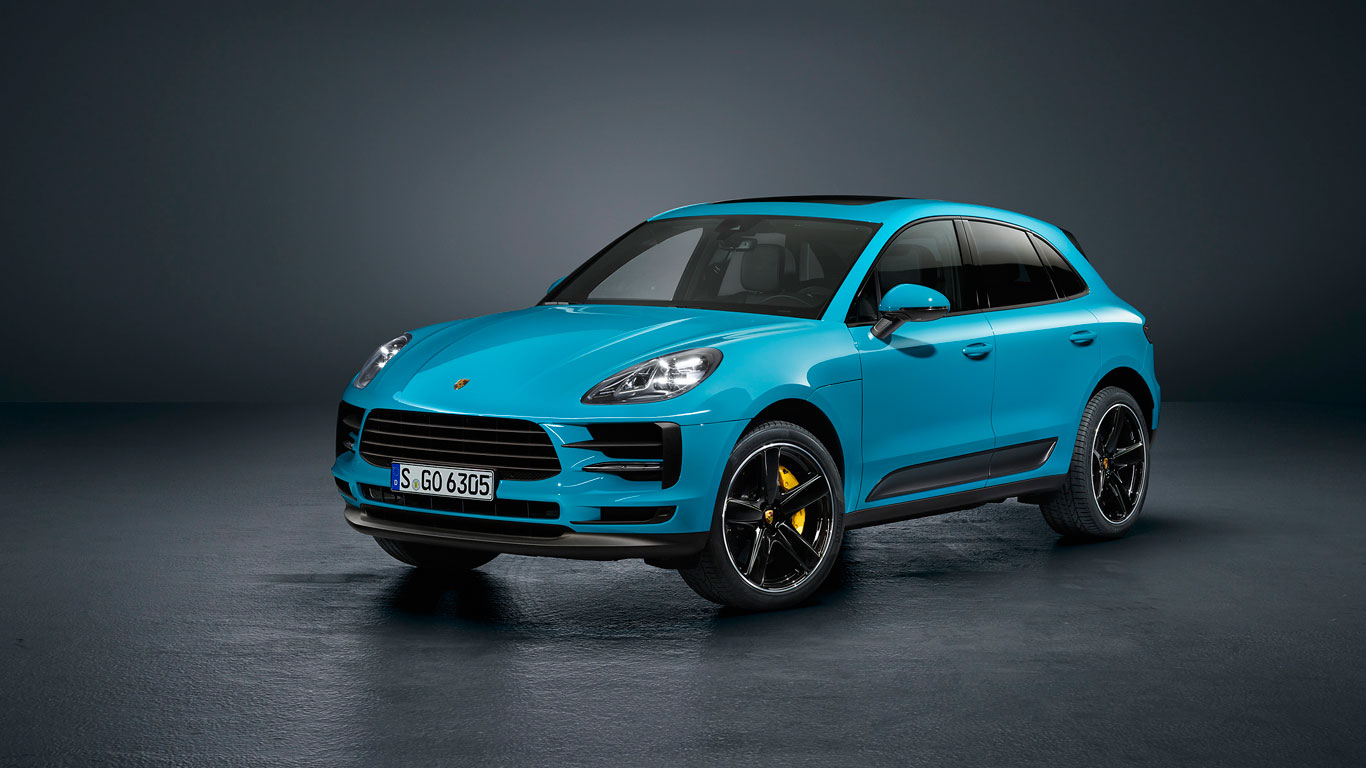 Fresh from its launch at the Shanghai Motor Show in July, the new Porsche Macan will be making its European debut in Paris. Sensibly, Porsche has retained much of the original car’s styling, adding a LED light strip across the back, standard-fit LED headlights and a new 11-inch touchscreen infotainment system. There’s also a new range of exterior colours, including Miami Blue, Mamba Green Metallic, Dolomite Silver Metallic and Crayon. 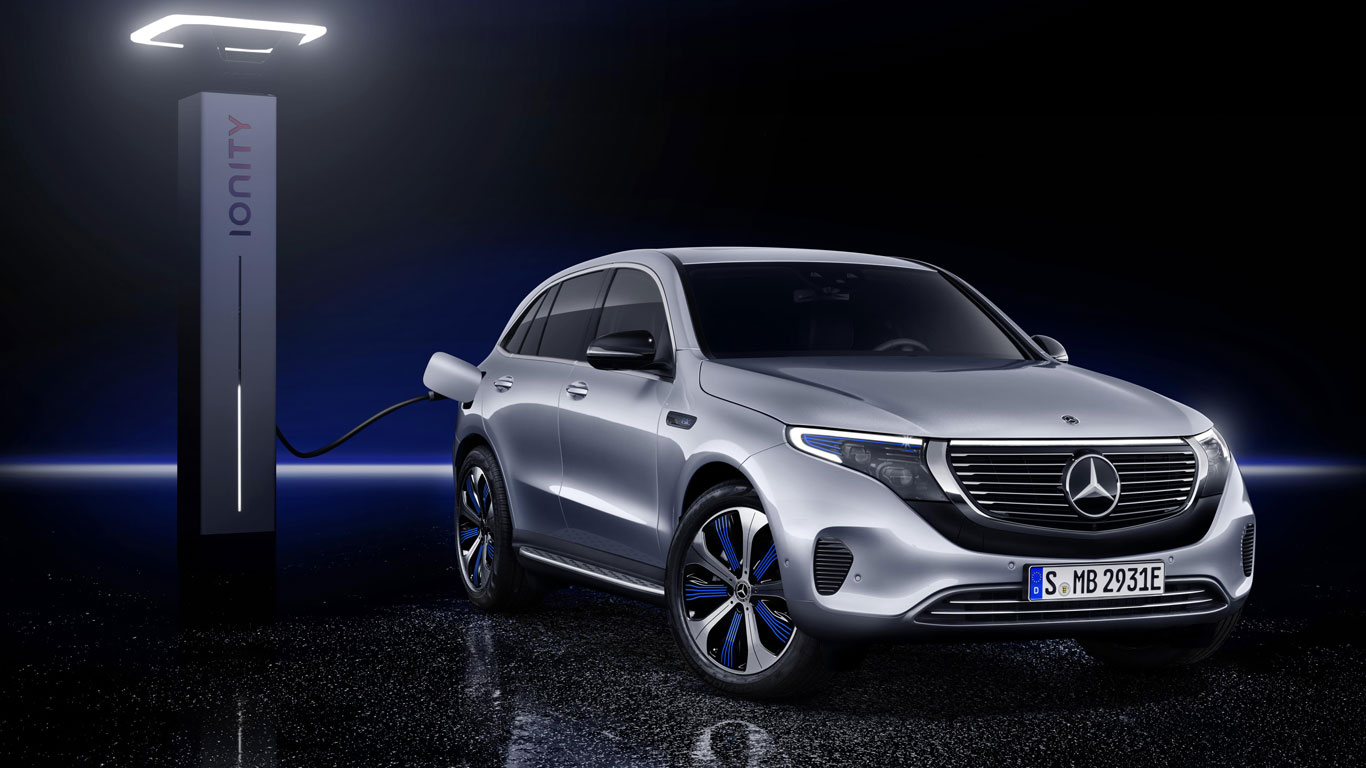 If looks could kill, the Tesla Model X and Jaguar I-Pace could be in for a nasty surprise. Questionable aesthetics aside, the Mercedes-Benz EQC is the firm’s first fully-electric SUV, featuring an 80kWh lithium-ion battery providing a 280-mile range. Alternatively, if you’re not too fussed about overall range, the 408hp EQC will sprint to 62mph in just 5.1 seconds. 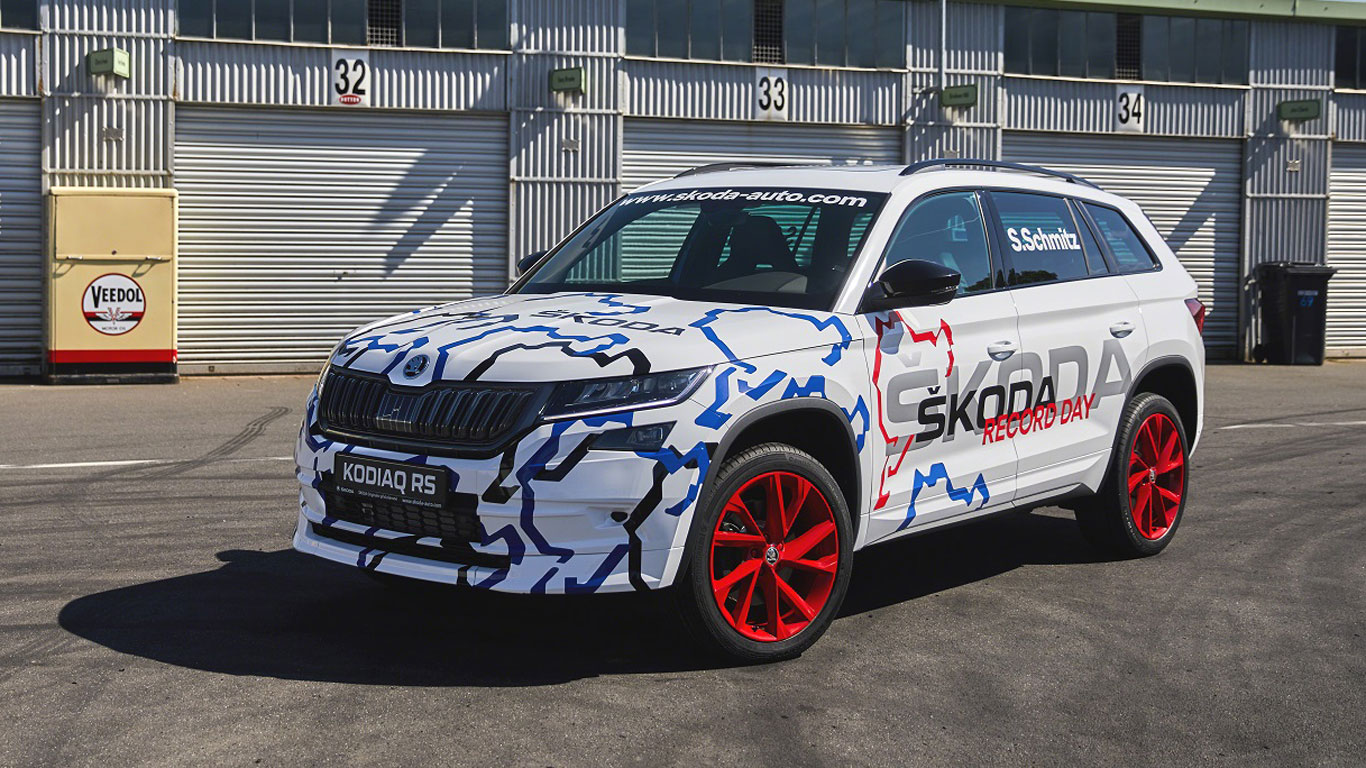 This is the first SUV to wear a vRS badge, with the hot Skoda Kodiaq powered by a 239hp twin-turbocharged diesel engine, making it the most powerful production diesel in the firm’s history. In June, a Skoda Kodiaq vRS driven by Sabine Schmitz set a record for the fastest time for a seven-seater SUV around the Nürburgring, lapping the famous circuit in 9:29.84 minutes. This should come in handy on the school run. 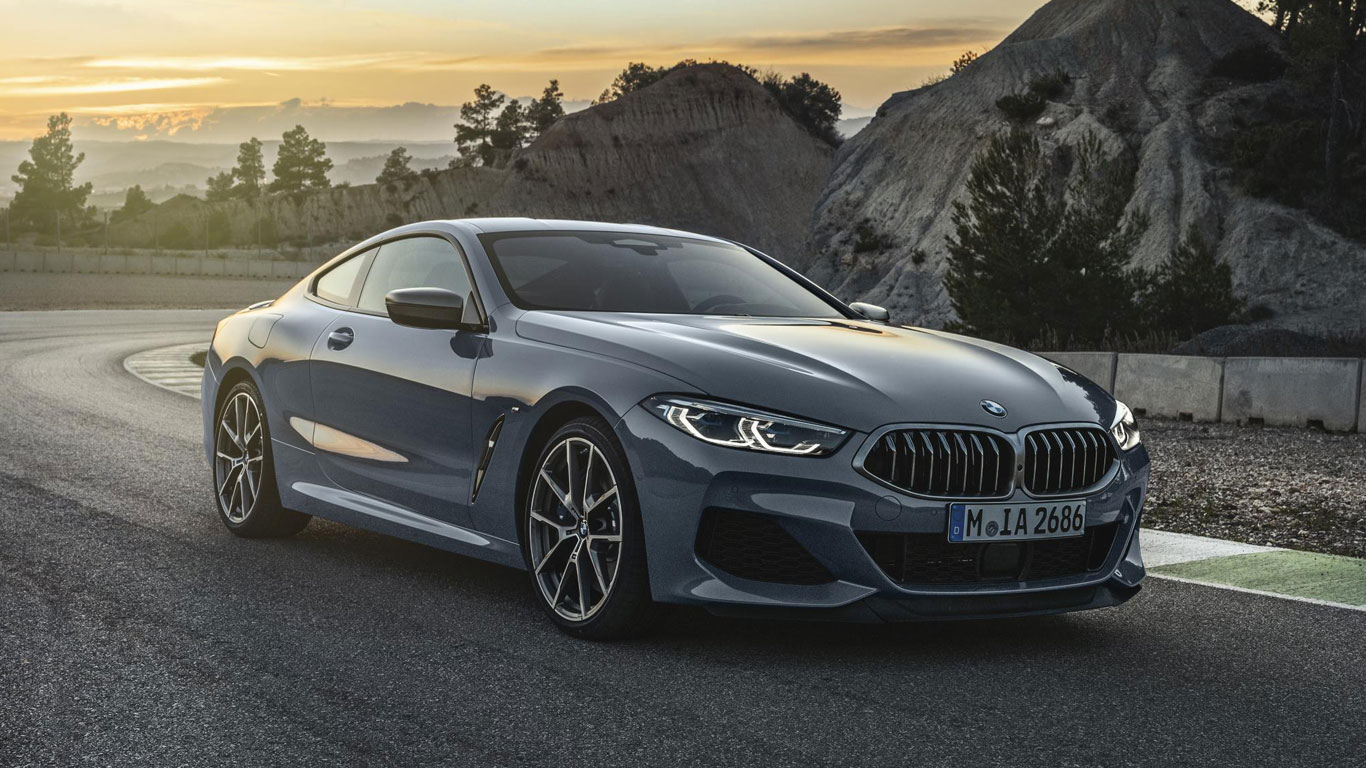 The new BMW 8 Series isn’t making its debut at the Paris Motor Show – racegoers will have seen it at the 2018 Le Mans 24 Hours race – but we’re a little closer to seeing the first cars on the road. It’s based on the same platform as the 5 Series and 7 Series, but BMW has treated the 8 Series to a brand new, bespoke interior. Yours from £76,720. 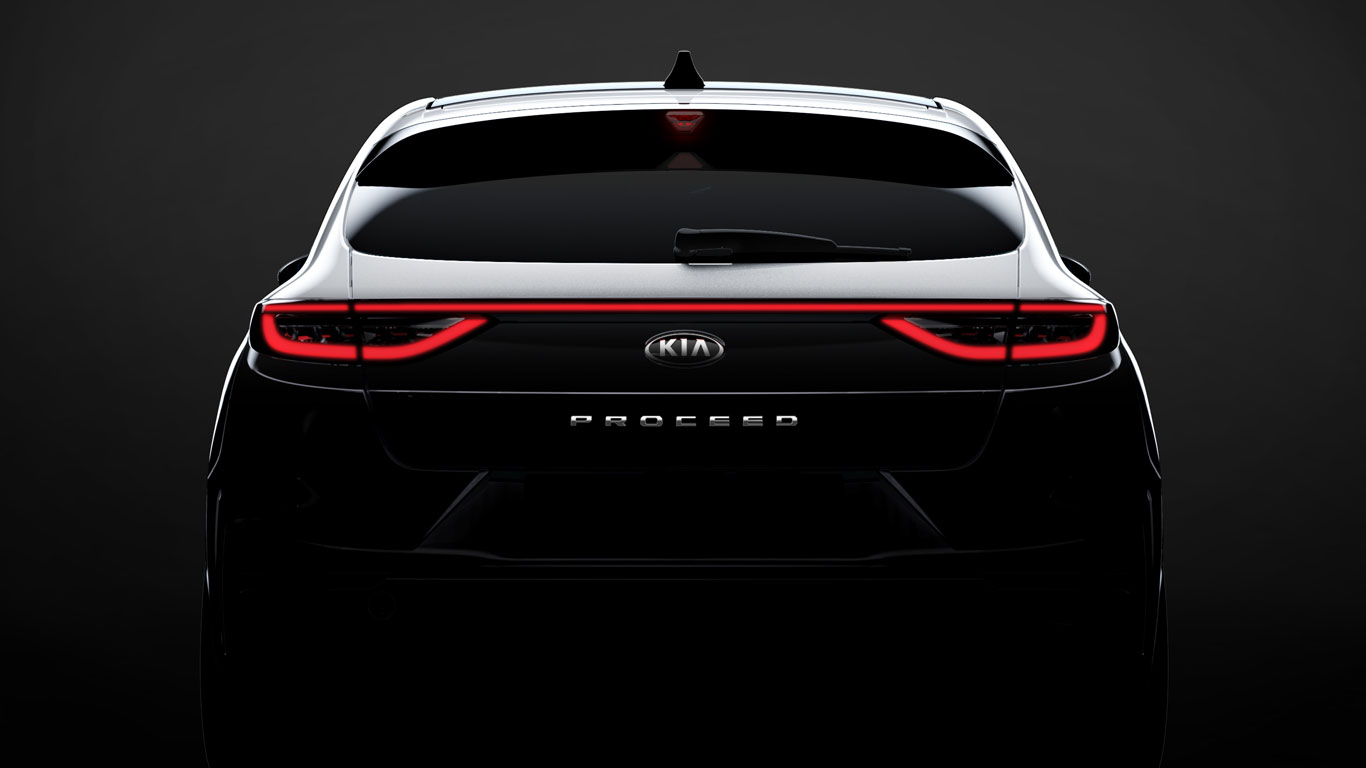 In common with the five-door Ceed, Kia has dropped the apostrophe (and the underscore) from the Proceed, with Paris our first chance to see the new five-door estate version. Kia is calling it a ‘shooting brake’, but we’re not sure it can live up to such a grand and noble tag. That said, if the 2017 Kia Proceed Concept is anything to go by, it’ll be quite a looker. Ding dong. 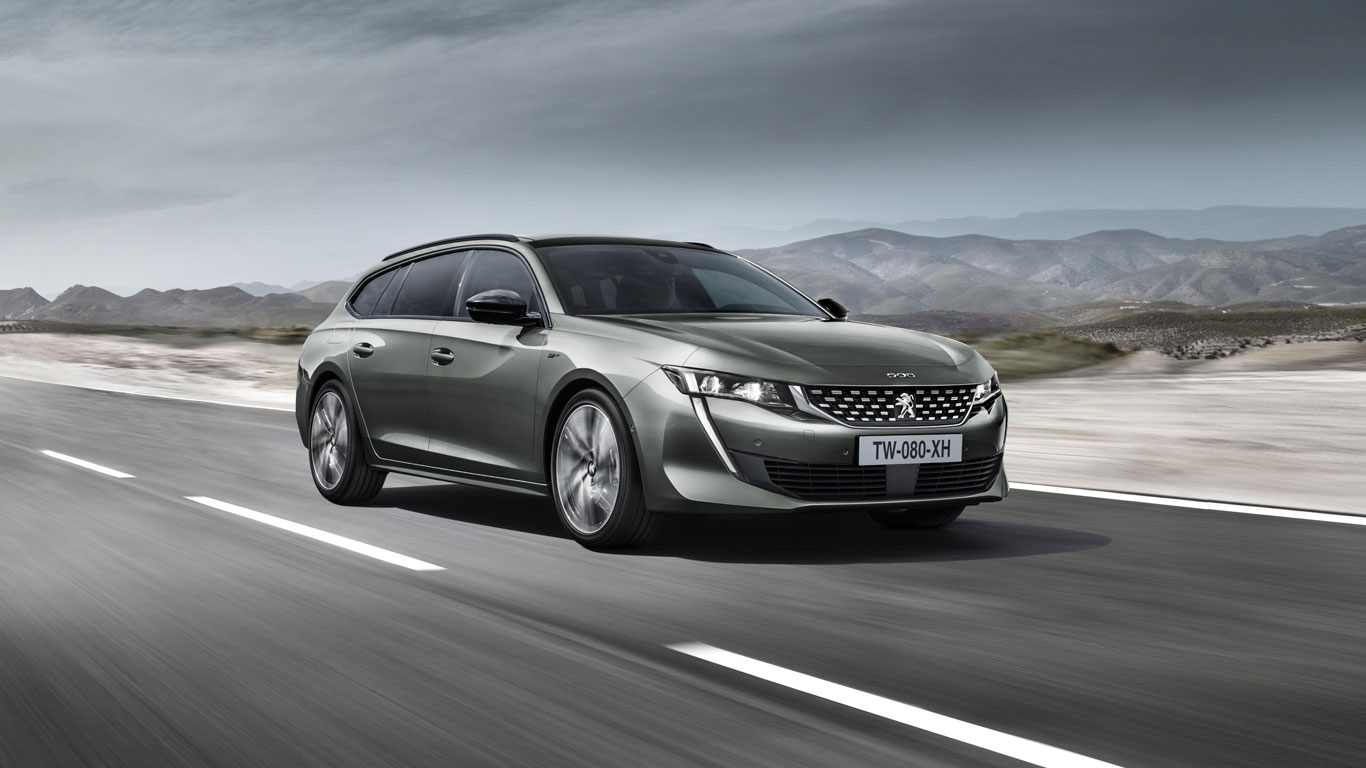 The Peugeot 508 SW is the estate version of the 508 saloon and inherits all of the good looks of its stablemate. The sleek styling comes at a price – at 530 litres, the boot is 30 litres smaller than the old 508 SW, although this can be extended to 1,780 litres with the seats folded down. It makes the Volkswagen Passat estate look a tad outmoded. 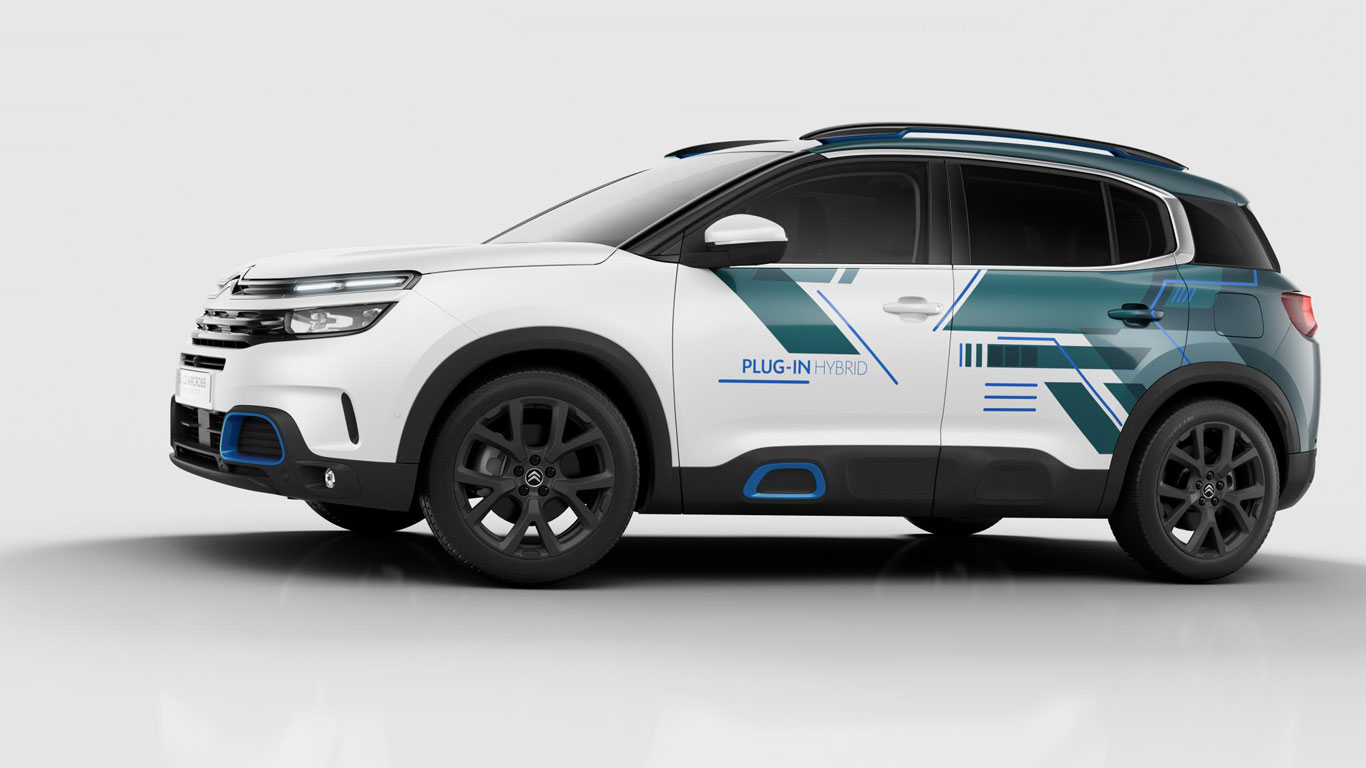 The Citroen C5 Aircross Hybrid Concept will make its global debut in Paris – the first stage in the brand’s ‘energy transition offensive’, leading to 100 percent of the range having an electric option by 2025. The C5 Aircross features Citroen’s Progressive Hydraulic Cushions and Advanced Comfort seats, two innovations we’ve experienced in the new Citroen C4 Cactus. 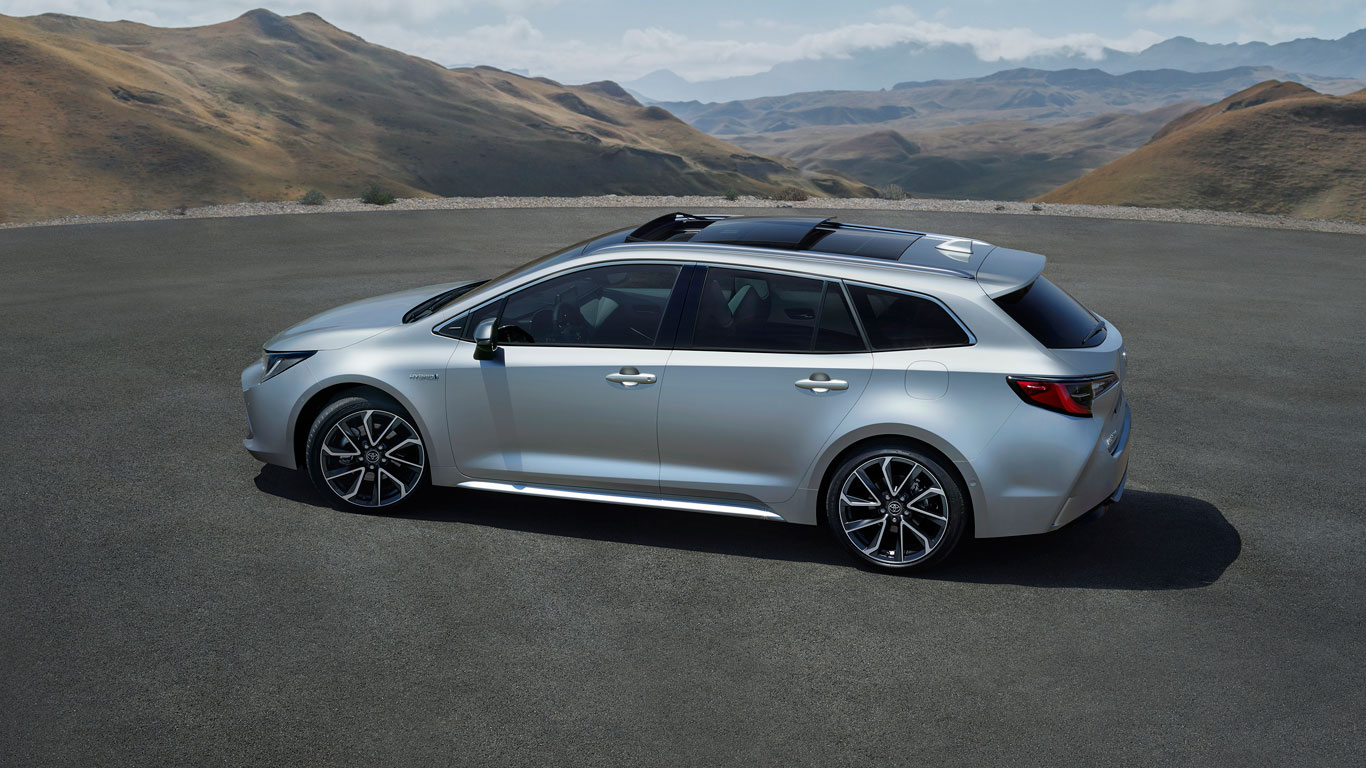 The European-designed and striking Corolla Touring Sports follows the unveiling of the Toyota Corolla hatchback revealed earlier this year. It also heralds the UK return of the Corolla name, replacing the outgoing Toyota Auris. A brand new 2.0-litre hybrid powertrain will be available, along with a 1.8-litre hybrid and a conventional 1.2-litre petrol. 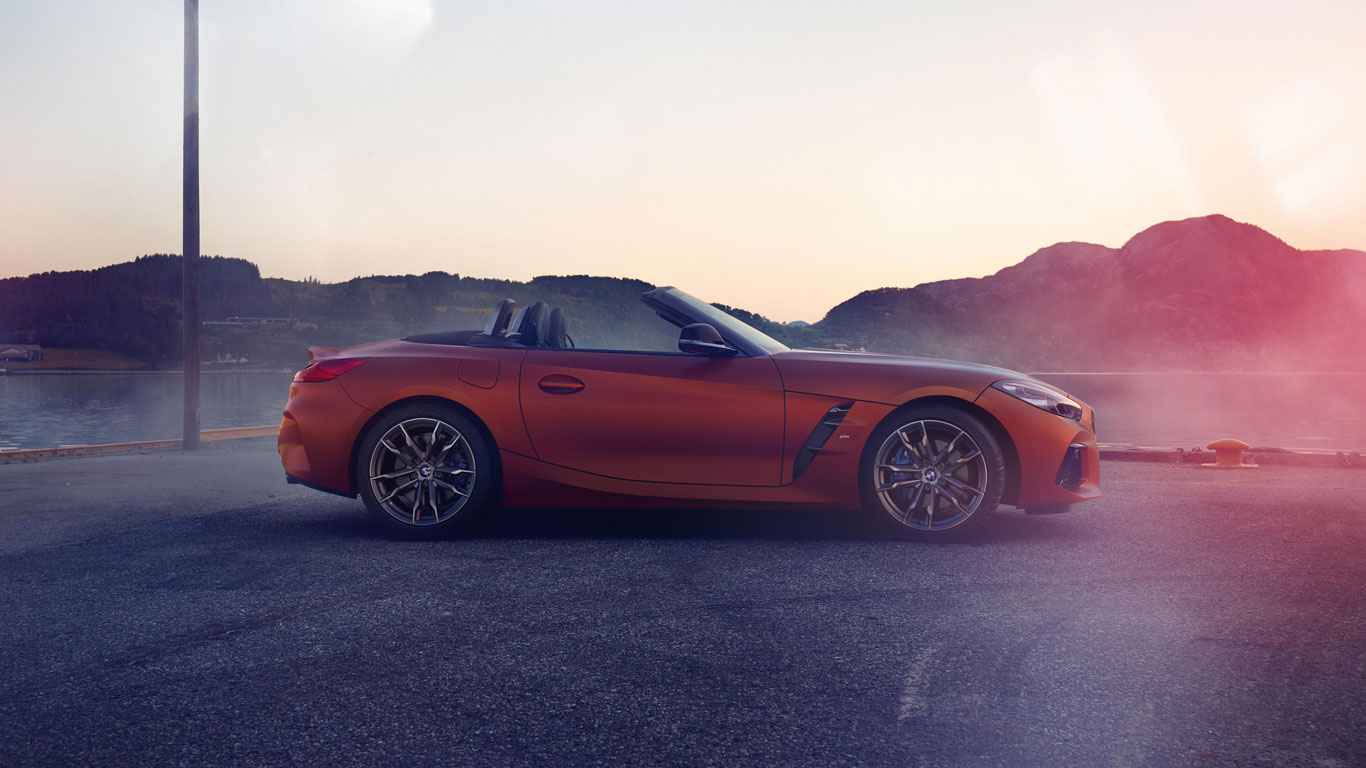 BMW chose Monterey Car Week to give the all-new Z4 its global debut, but Paris will be the first chance for the European public to cast its eyes over the roadster. Co-developed with Toyota – a new Supra is also on the way – the Z4 has a 50:50 weight distribution, a low centre of gravity and a wide track. We’ll have to wait for the full specs, but the M40i will be powered by a six-cylinder twin-turbocharged engine producing 340hp. 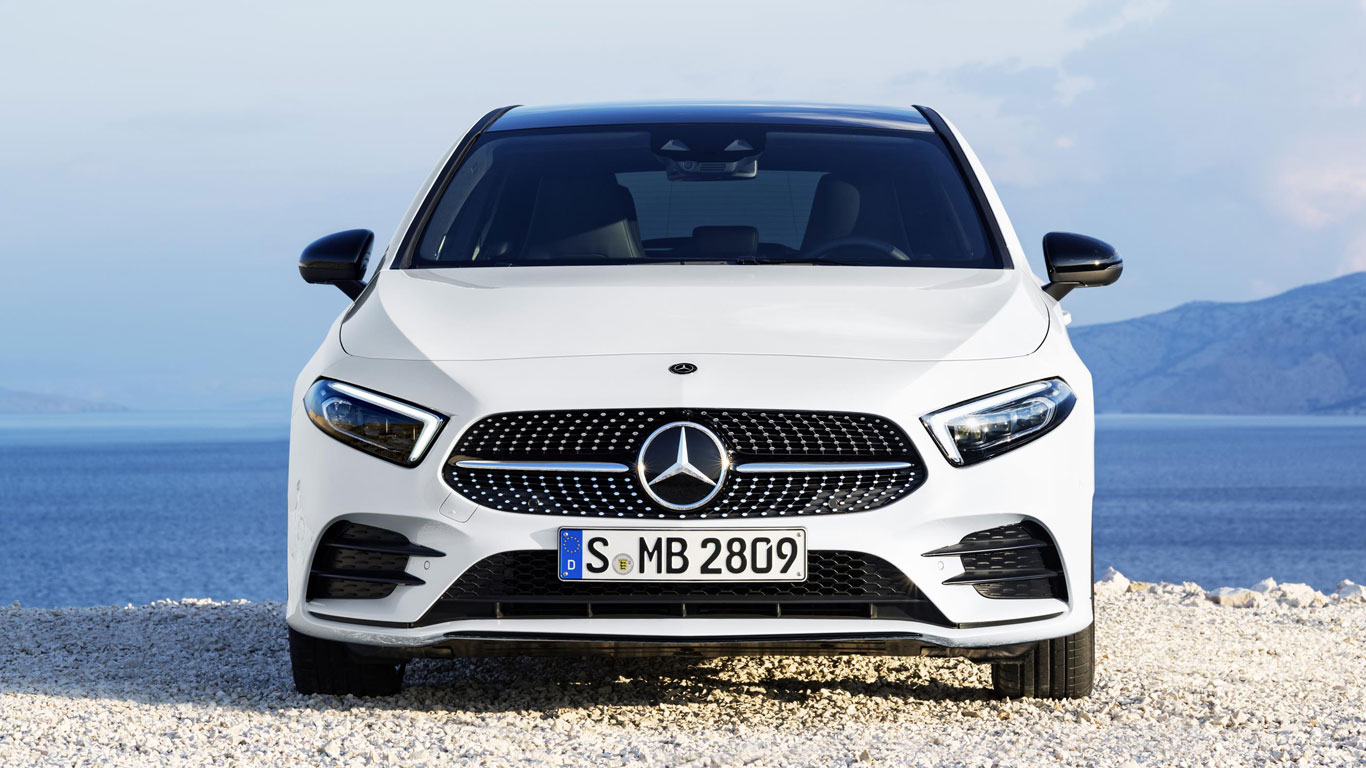 The new entry-level Mercedes-AMG A35 is based on the standard A-Class (pictured) and will sit below the A45 in AMG’s bonkers range of cars. Little is known about the A35, but we’re expecting a power output in excess of 300hp, a £35,000 price tag and countless opportunities to tempt Focus RS drivers into an impromptu traffic light Grand Prix. 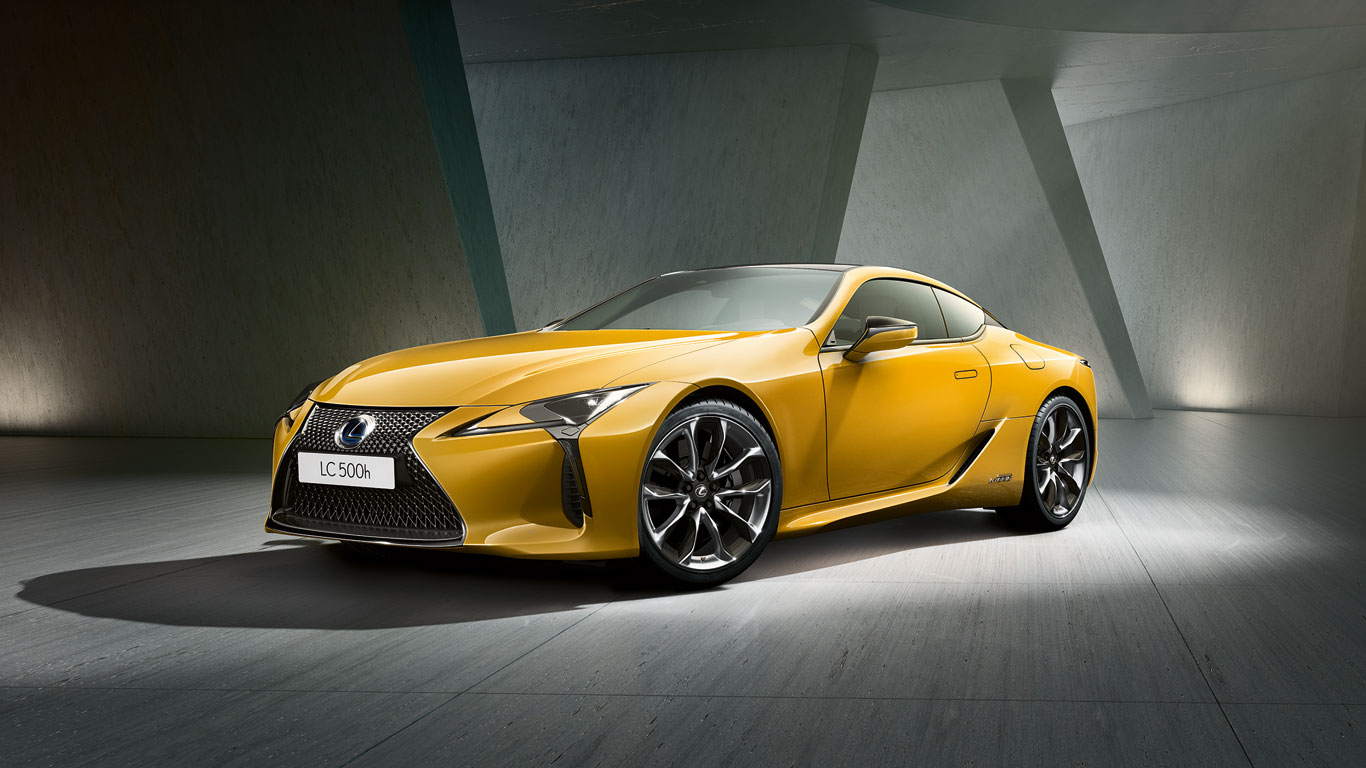 Lexus will unveil a new aptly-named LC Limited Edition in Paris, distinguished by its Naples Yellow paintwork which, the company says, is “achieved through [a] painstaking selection of layered paint and primer colours.” But it’s not all Tony Hart, because the LC LE also features the performance and handling features from the flagship LC Sport+ specification. 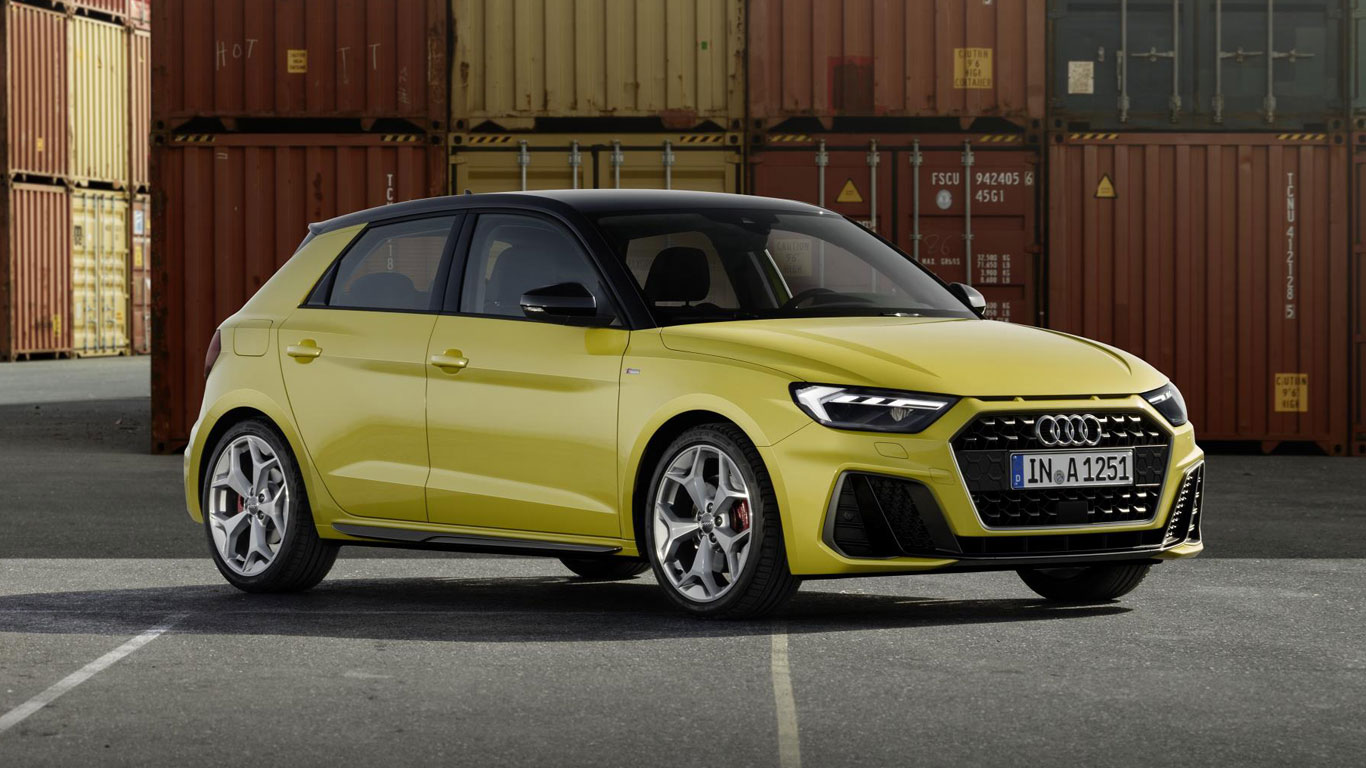 The new A1 is Audi’s most configurable car ever, making it the ‘pick and mix’ of the supermini sector. “Customers can combine exterior and interior lines however they like,” says Audi. Be prepared for some rather outlandish creations when the new A1 hits the streets. 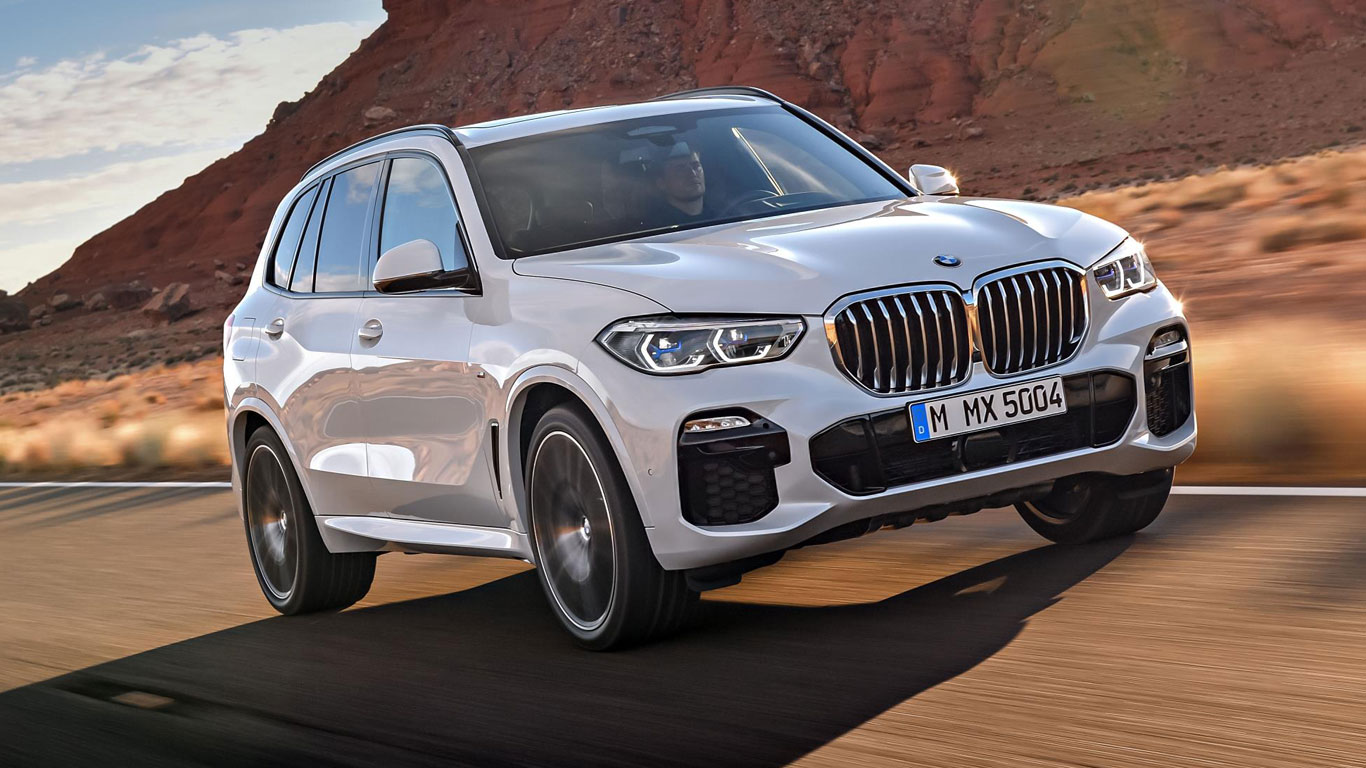 You’ve already seen the photos, but this will be our first chance to get up close and personal with BMW’s luxury SUV. Predictably, the new X5 is longer, wider and taller than its predecessor, which means more cabin and luggage space. It’s available to order now, with prices starting from £57,495. 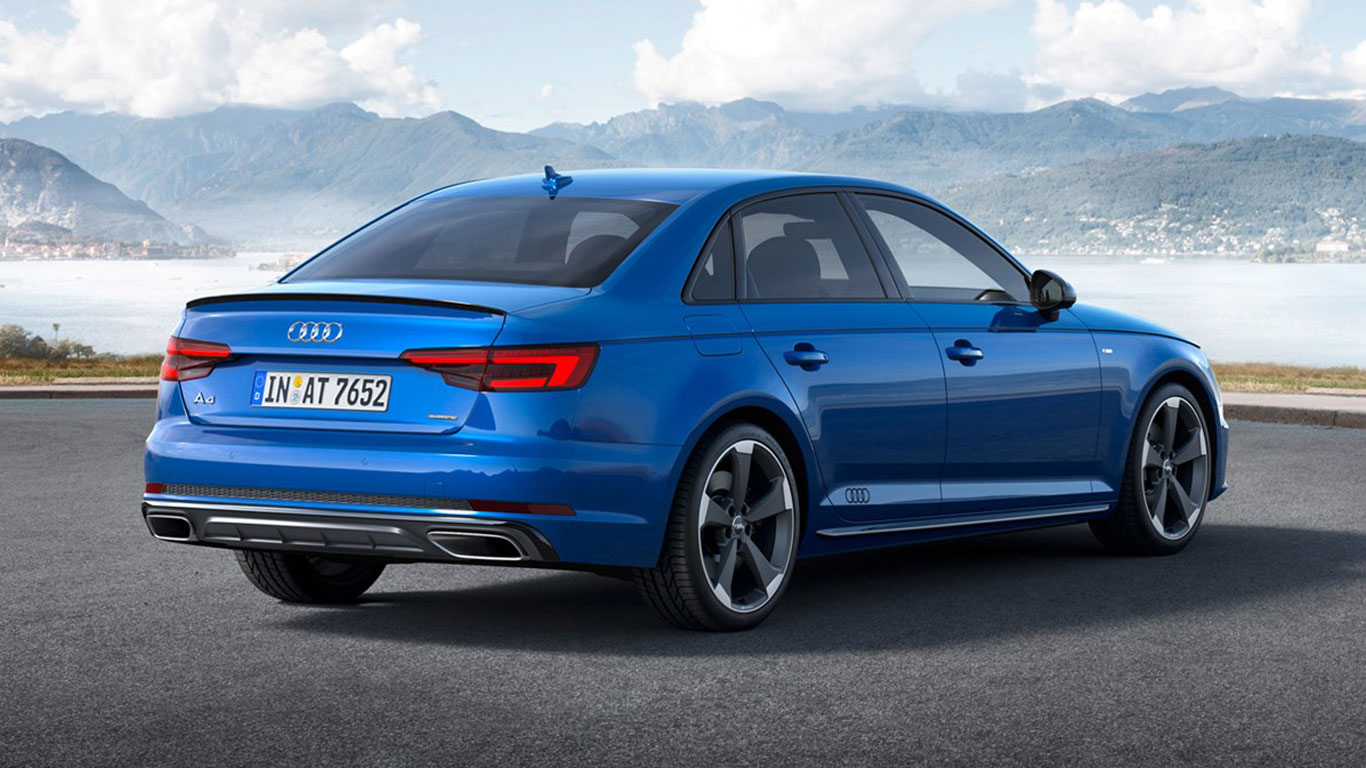 With a facelifted Mercedes-Benz C-Class on sale and a new BMW 3 Series waiting in the wings, Audi had to do something with the A4. The response: a subtle new look, standard-fit sat nav and a small number of interior and tech upgrades. 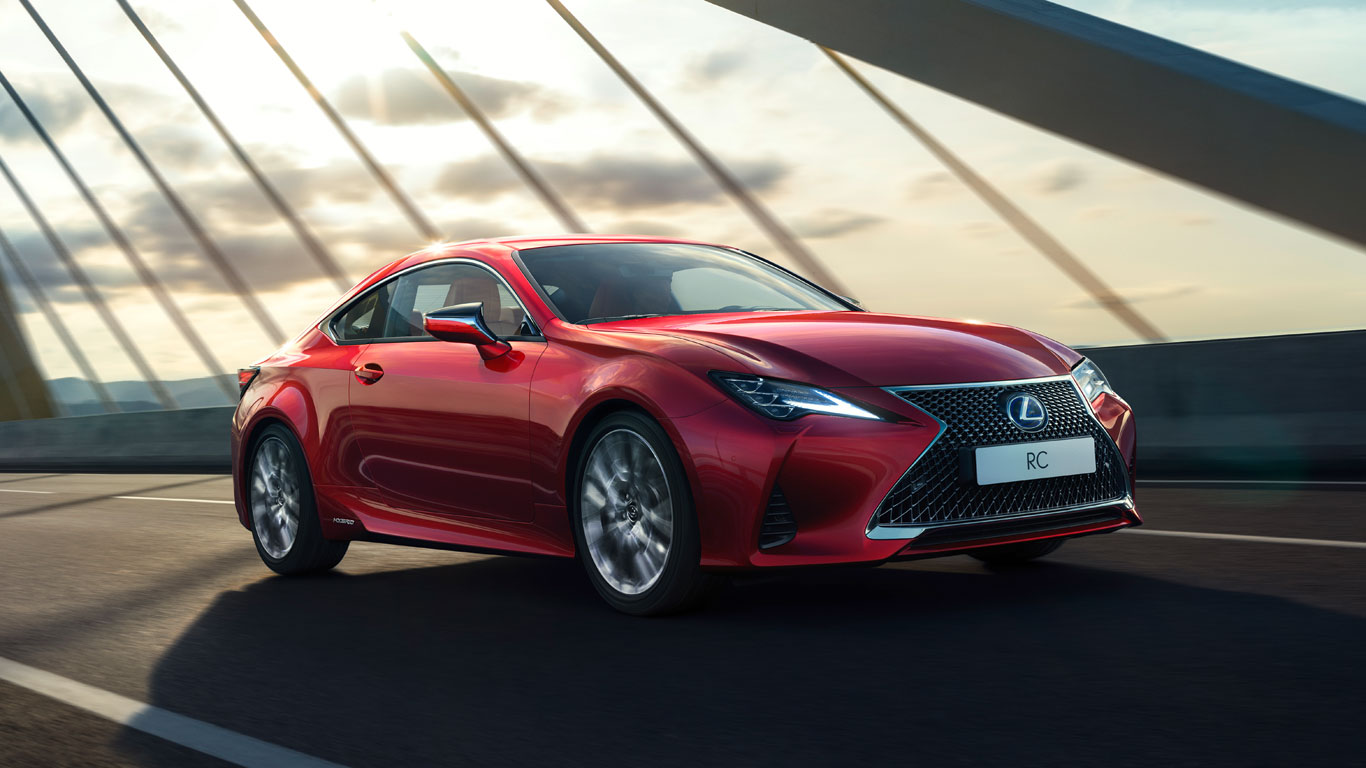 According to Lexus, this isn’t the new RC, it’s the “reimagined” RC. The company has even given the coupe its own hashtag, so you can follow its launch via #SharpYetSmooth, which sounds a little like a tagline for a beer or cider. 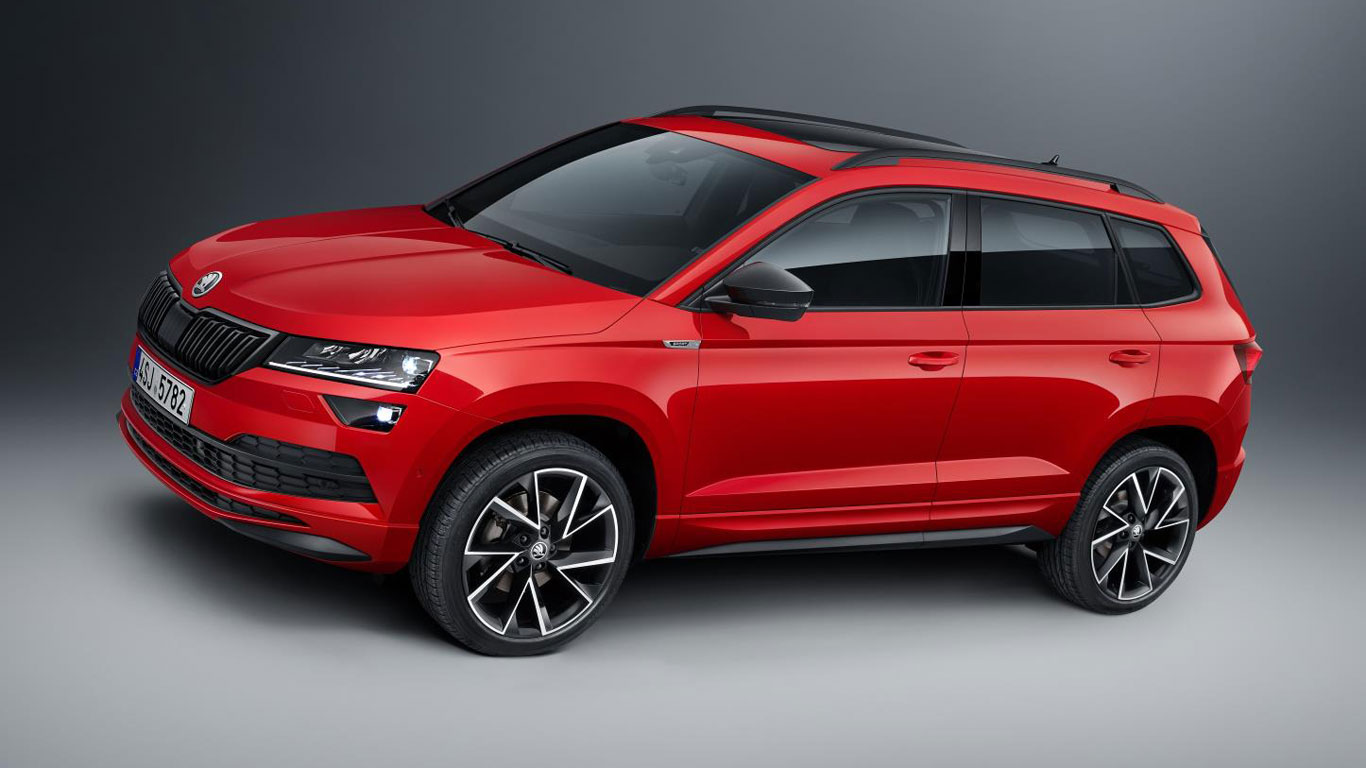 The Karoq isn’t new, but Paris will be your first chance to see two new trim levels of the SUV formerly known as the Yeti. The SportLine will be offered exclusively with the most powerful 190h 2.0-litre TSI petrol engine, along with 19-inch ‘Vega’ black polished alloys, sports bumpers, black sports seats and stainless steel pedals. Meanwhile, Karoq Scout trades kerb appeal for off-road ability, featuring four-wheel drive as standard and a more rugged appearance. 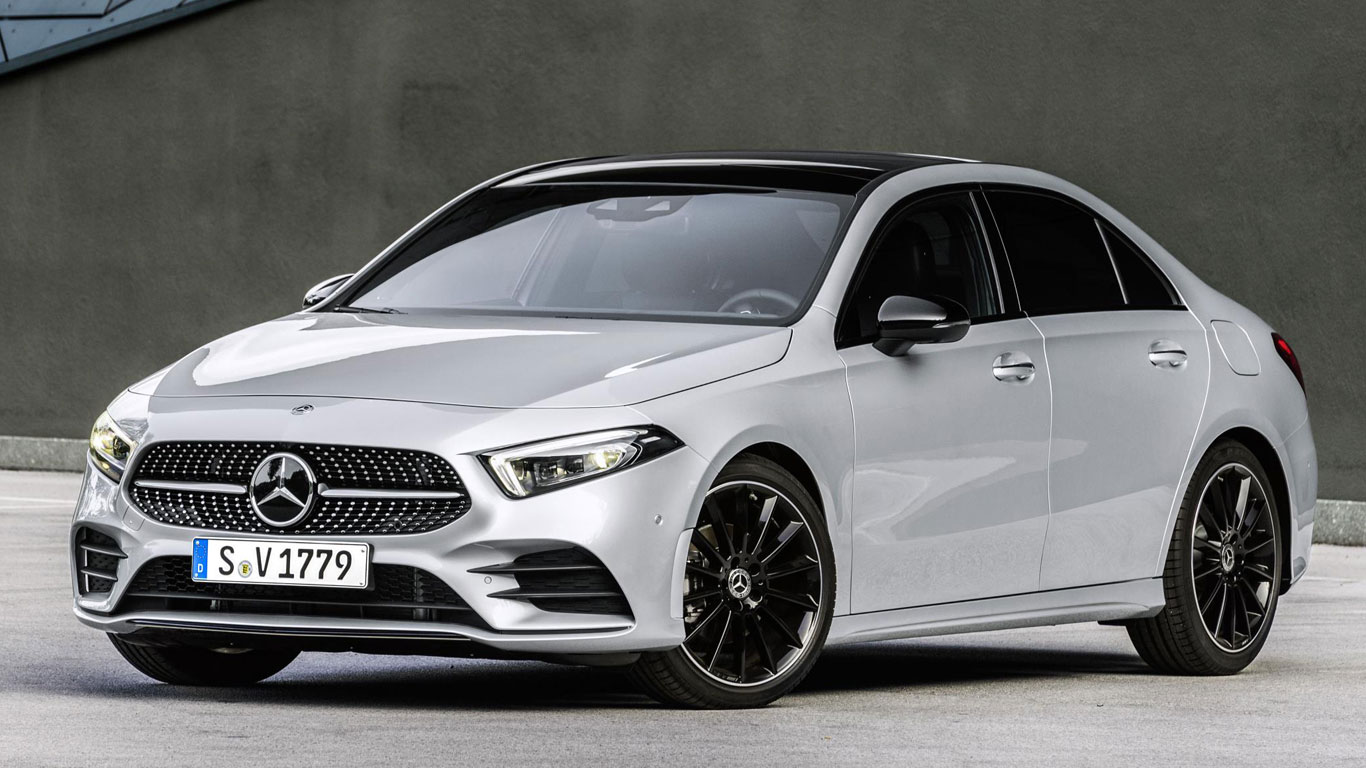 The new Mercedes-Benz A-Class saloon boasts a Cd drag factor of just 0.22 which, when combined with a compact frontal area of 2.19 metres squared, makes it the most aerodynamic new car in the world. You can order your new wind-cheating A-Class now, with deliveries expected in early 2019. 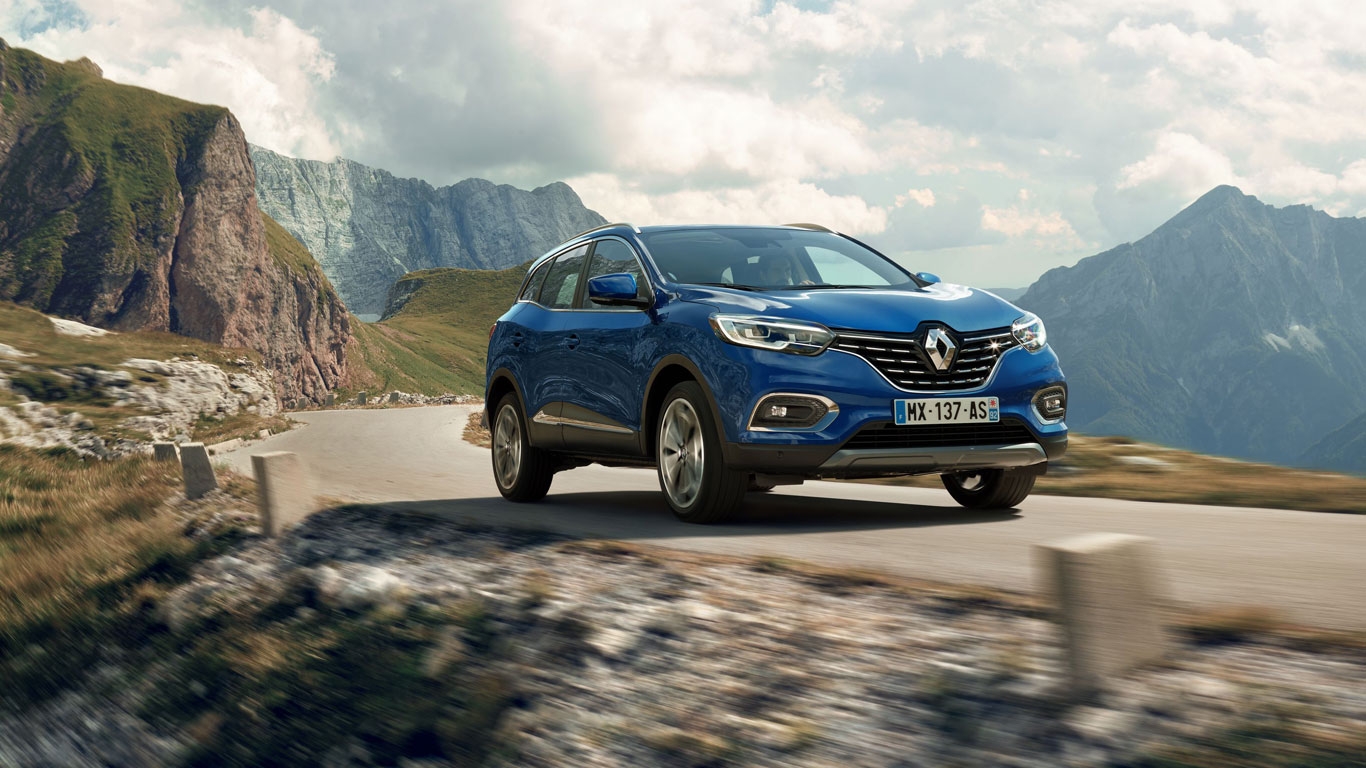 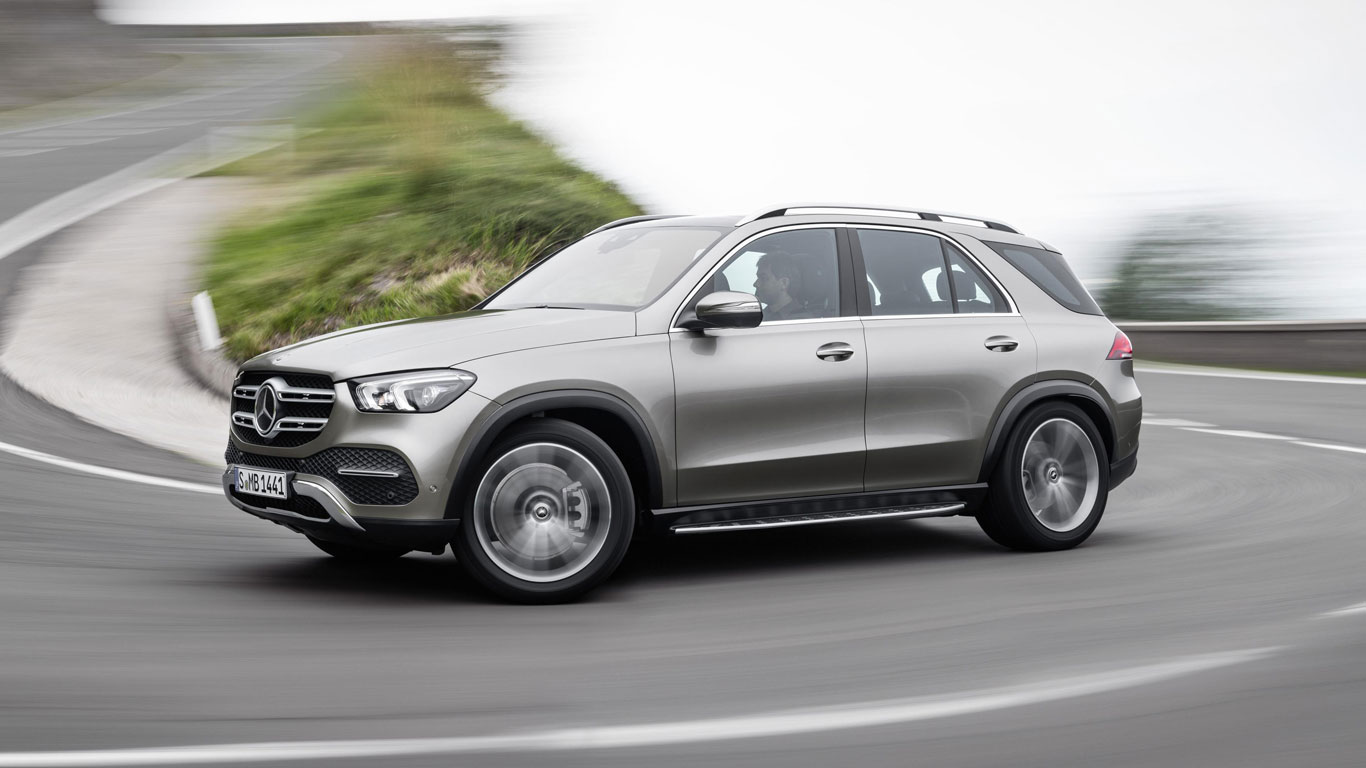 Mercedes-Benz is waging war on being uncomfortable, with a car that delivers “extraordinary” ride comfort. The new GLE features optional active air suspension that can scan the road ahead to counteract bumps before they are reached. A seven-seat option is a GLE first, but if you can live without the extra seats you’ll enjoy a boot that stretches from 825 litres to over 2,000 litres. 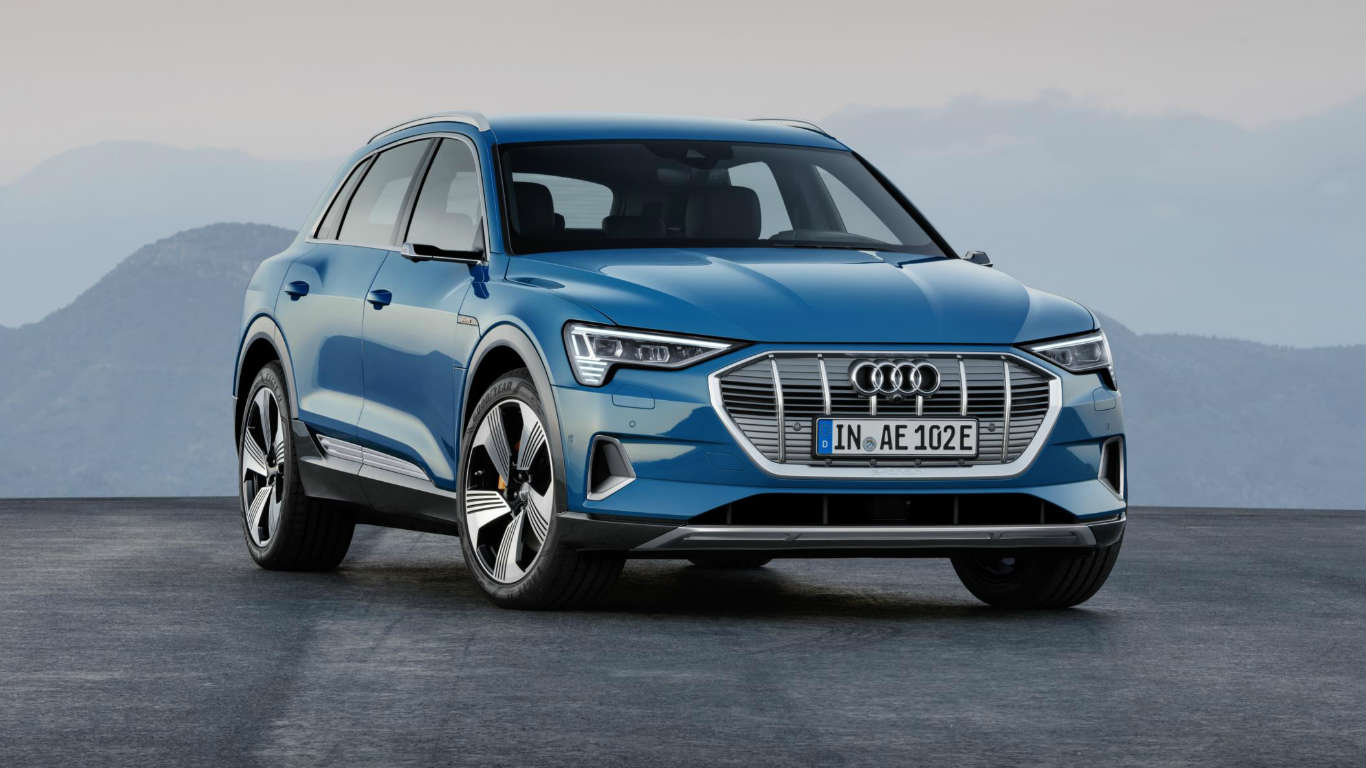 With the Jaguar I-Pace hitting the road and the Mercedes EQC poised to make its debut in Paris, Audi is in danger of being left behind in the electric SUV race. The E-tron is the firm’s first all-electric series production model and will offer a driving range of at least 248 miles. It made its world debut in San Francisco ahead of its European debut in Paris. 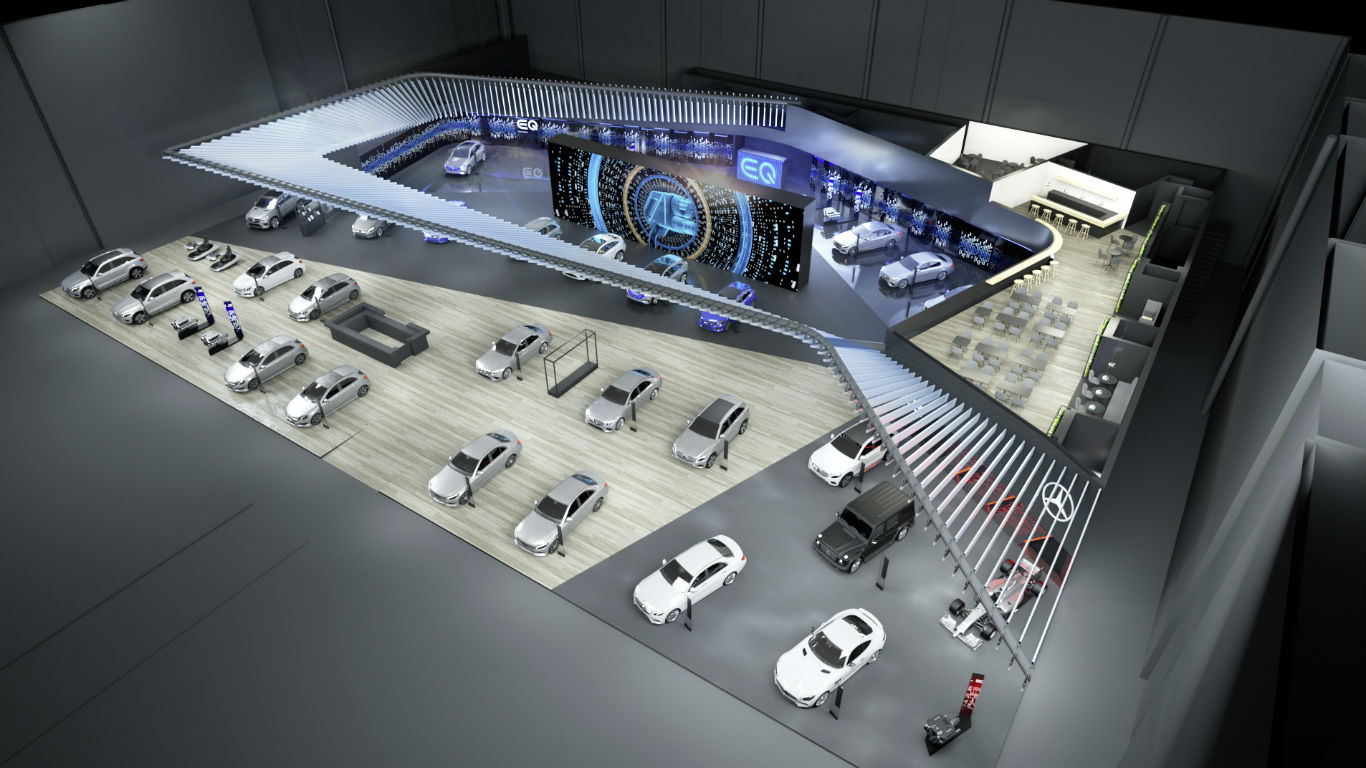 “The new Mercedes-Benz B-Class puts the emphasis on the sports part of Sports Tourer,” says Mercedes, with the new car featuring a sharper exterior, along with greater agility and more comfort than before. With safety functions carried over from the S-Class, the new B-Class should be one of the safest cars in its class.

It promises to be a busy show for the German giant. Naturally, we’ll be there to bring you all the latest news and gossip, straight from the show floor.