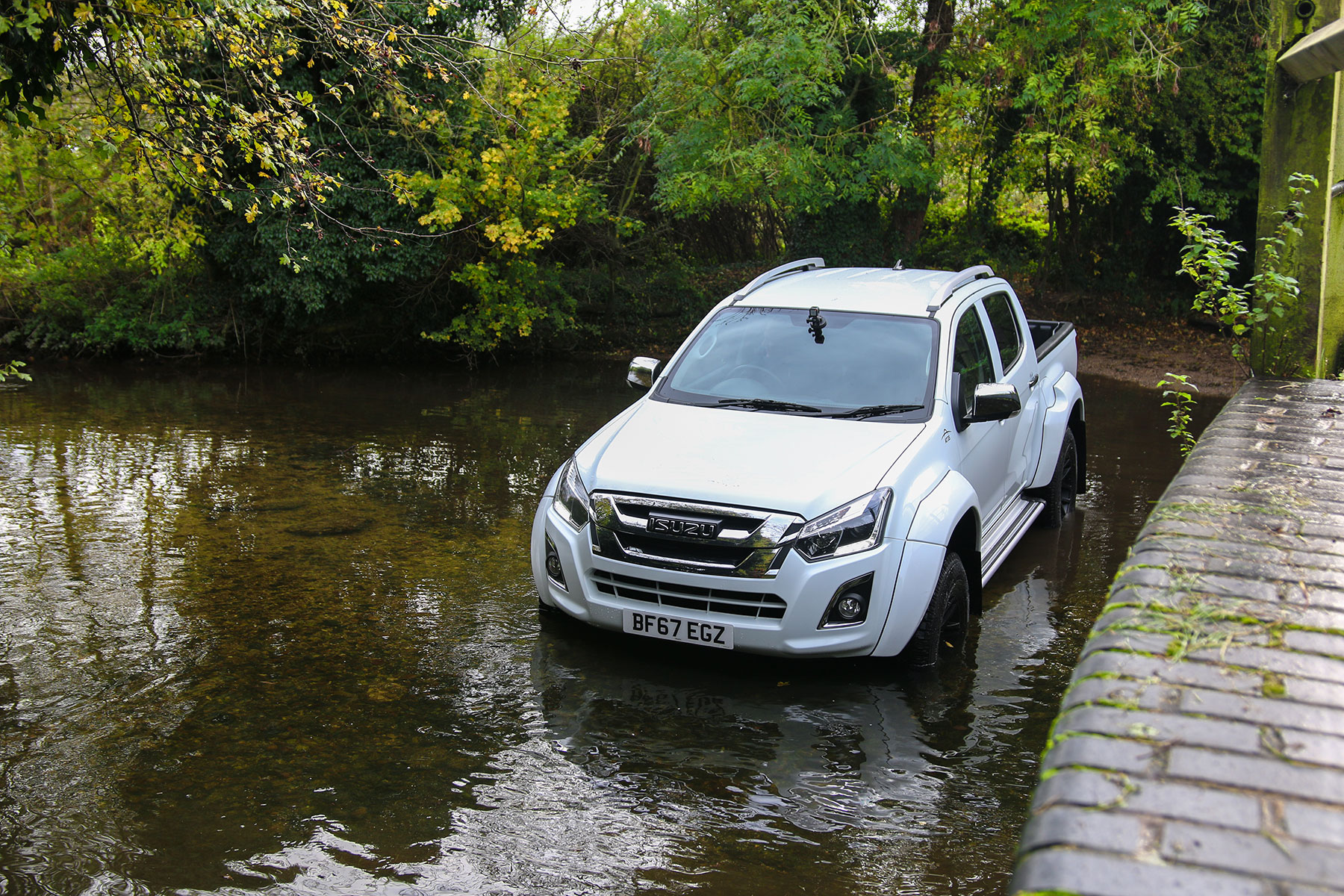 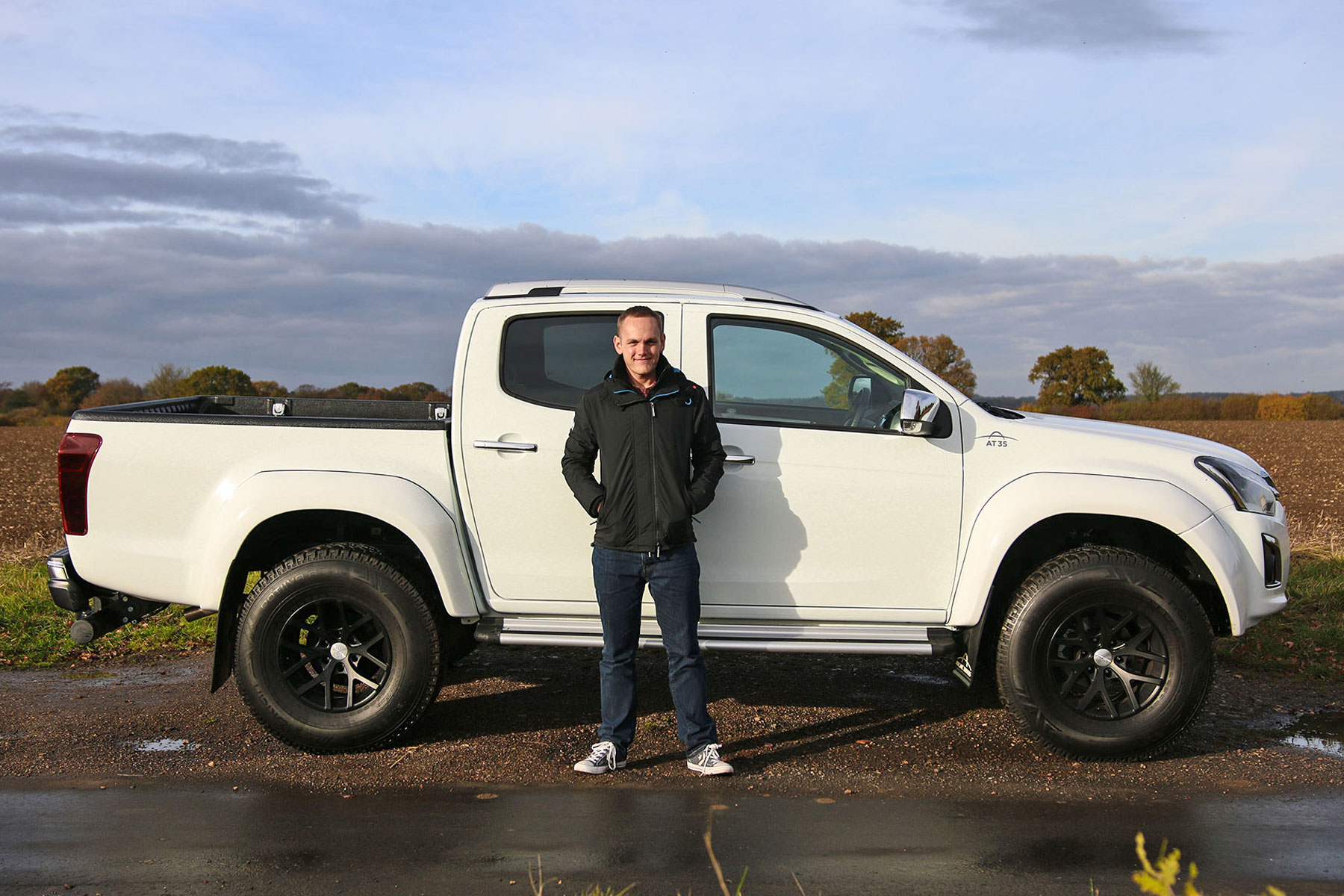 Money no object: what do you buy as a brand new, go-anywhere toy in a post-Defender era? A Unimog, perhaps, but that’s overkill if all you’re wanting to do is travel down a few farm tracks and perhaps the odd off-road pay-and-play day. There’s the Mercedes-Benz G-Class, of course, but that’s a bit bling to get properly gloopy. The Jeep Wrangler is a good shout, but a tad ‘Donald Trump’ for my liking, while the brilliant little Suzuki Jimny will only work if you have nothing but a two-man tent to carry on your weekend expeditions.

Your attention, then, may turn to trucks. And there are plenty of them on the market. The age-old Japanese competitors – the Nissan Navara, Mitsubishi L200 and Toyota Hilux – are worth considering, while the Volkswagen Amarok and Mercedes-Benz X-Class add a bit of class to the sector.

Video: How Isuzu made this truck unstoppable off-road

So where does this leave the Malaysian-built Isuzu D-Max? Well, when it’s been tweaked by arctic truck specialists Arctic Trucks, it’s possibly the biggest (and therefore coolest) pick-up truck money can buy. In the UK, anyway.

You may be familiar with Arctic Trucks. The Icelandic firm specialises in modifying four-wheel-drive vehicles for extreme conditions. It famously converted a Toyota Hilux for Jeremy Clarkson and co. to drive to the Magnetic North Pole as part of a Top Gear special in 2007.

Now, the company has worked its magic on the Isuzu D-Max. The result is the Arctic Trucks AT35, which you can buy from any Isuzu dealer for £37,995 – or around £7,000 more than the standard Utah model on which it’s based.

For that, you get chunky 35-inch all-terrain tyres on 17-inch alloys and an extra 55mm of ride height (which, combined with the off-road rubber, provides a total 290mm of ground clearance). There are also Fox Performance dampers, as well as various cosmetic tweaks: Arctic Trucks decals, mud flaps and flared wheelarches, for example. 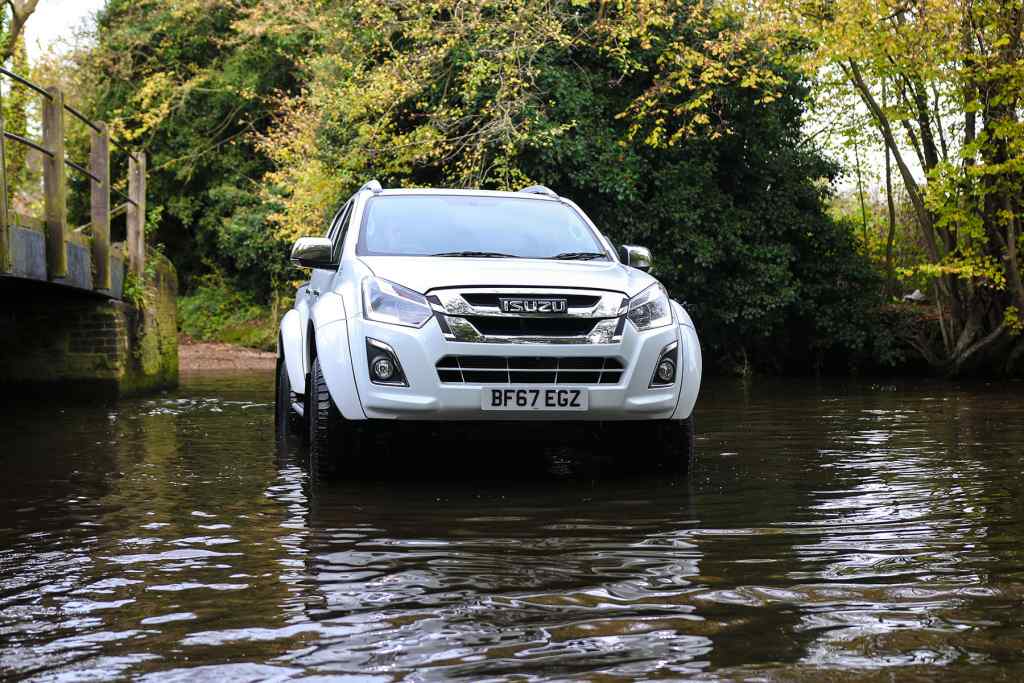 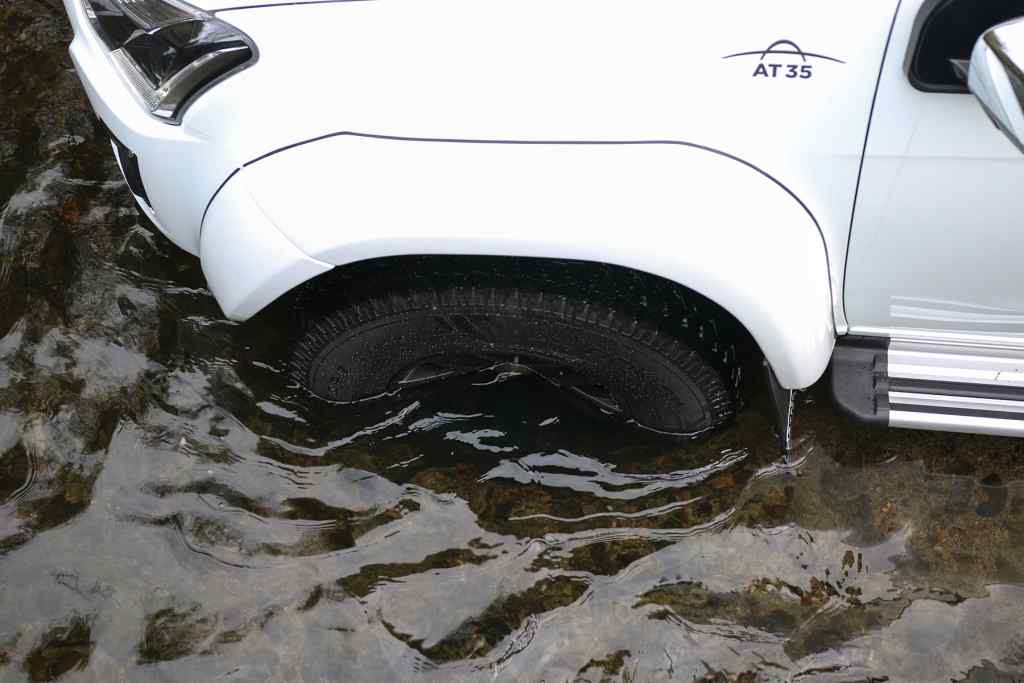 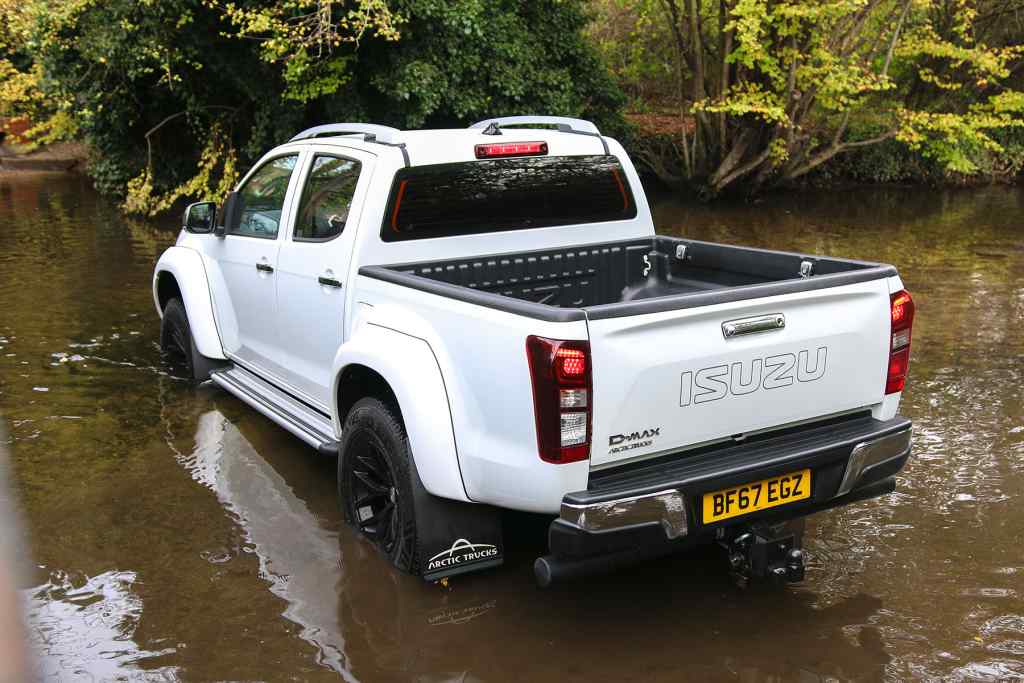 It really looks the part. A bit in-your-face, perhaps, especially in the Splash White of our test car. But it gets away with it to an extent. It’s not garish like a white Range Rover on 22-inch alloys, it simply means business.

The result is a car that can’t fail to be intimidating on the road, no matter how courteously you drive it. Meet another car on a single-track country lane and they’ll be reversing before you’ve brought the three-tonne truck to a halt, while around town even the most assertive of private-hire drivers will resist cutting you up.

It’s a bit of a handful on city streets, admittedly, but visibility is acceptable and big mirrors help when slotting the AT35 into conventional parking spaces. Whether there’ll be enough room left to open door and climb out is another matter.

On open roads, it’s probably best described as ‘wayward’. The steering wanders all over the place, while the ancient chassis set-up results in a ride that’s both floaty yet jittery. Tyre roar is very noticeable, too, and be prepared for lots of body roll during even the most relaxed of cornering.

The new 1.9-litre turbodiesel engine is extremely vocal – especially when cold – and a lack of torque might prove to be an issue if you regularly tow hefty trailers. On the motorway, it’s at its happiest sat at 60mph in the inside lane, providing you with better views over the armco than you’d get in a typical SUV. We took the AT35 for a motorway run up to the NEC Classic Motor Show and loved it – the aforementioned “don’t mess with me” attitude it exudes, combined with being able to see over lesser vehicles, make up for the lack of refinement. 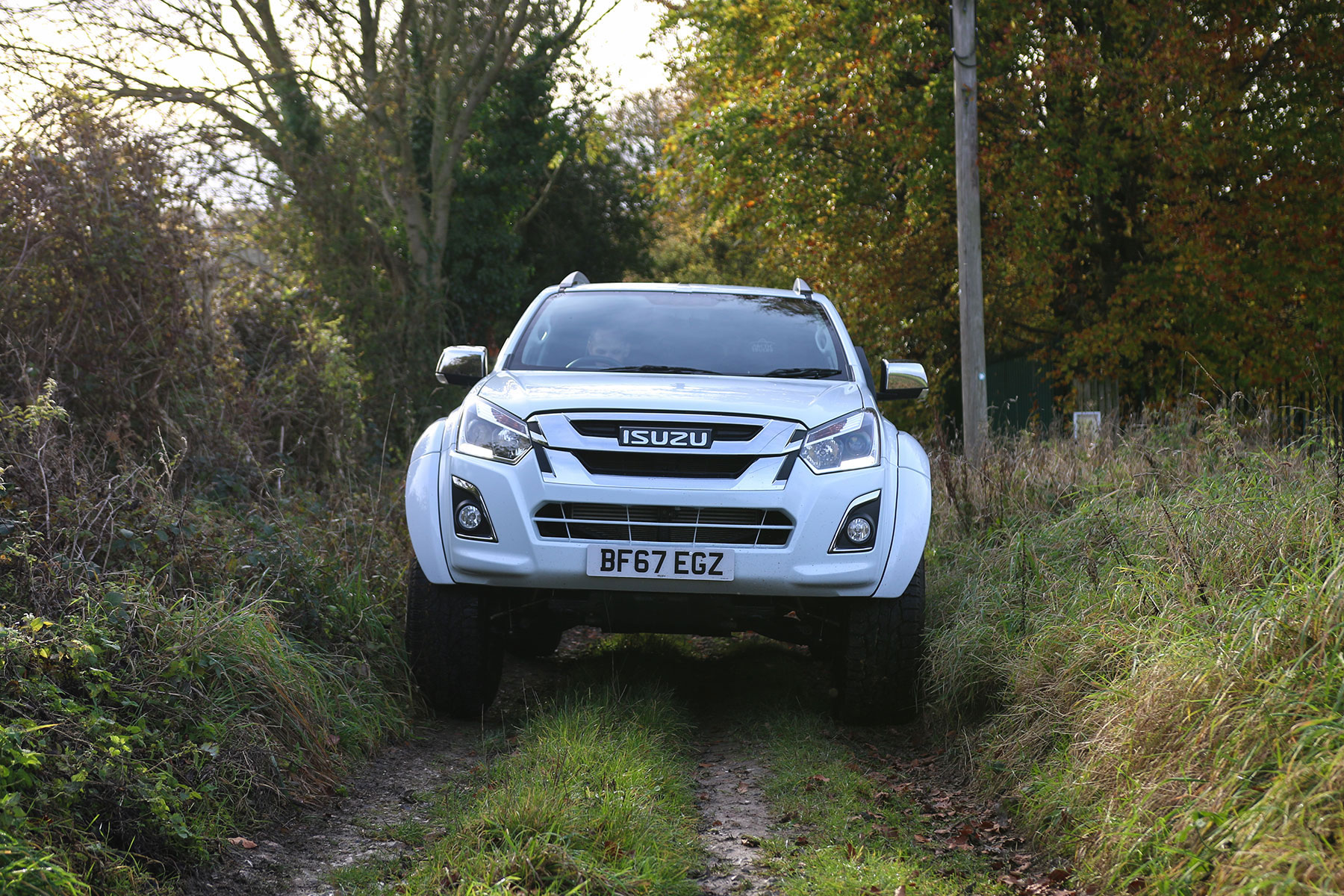 But that’s not what it’s all about. While we didn’t approach anywhere near the limits of the D-Max’s abilities, we did try it on a rutted, hilly green lane and the biggest issue we came across was having to (electrically) fold in the door mirrors to prevent losing them on a tree branch. Going by the facts – the unbeatable ground clearance and impressive approach/departure angles – we’re sure the AT35 will take most things thrown at it off-road.

Unless you tell it otherwise, the D-Max operates in two-wheel drive most of the time, but flicking it into four-wheel drive is easy enough using a dial by the handbrake. If you want low range, this can be engaged using the same dial when stopped and in neutral. We found it was happy tackling most obstacles in four-wheel drive and high range. Our test car was an automatic (and a relatively good one, as it happens), but you can control it manually – should you want to engage a low gear to maintain engine braking and prevent it running away downhill. There are no differential locks, which is perhaps an issue in gloopy mud, but most of the time we doubt it’d be an issue.

Am I sold on the Isuzu D-Max AT35 then? Well, yes. It’d take a special kind of person to chop-in their crossover for one, and the family probably wouldn’t thank you for it. It’s big, cumbersome, uncomfortable, and I’ve not even bothered telling you how poor the interior is. But would it be in my lottery-win garage? You betcha. Out of all the cars I’ve driven this year – including supercars worth several times the £38,000 retail price of the AT35 – this is the one that boasted the biggest ‘feel good’ factor. I love it. 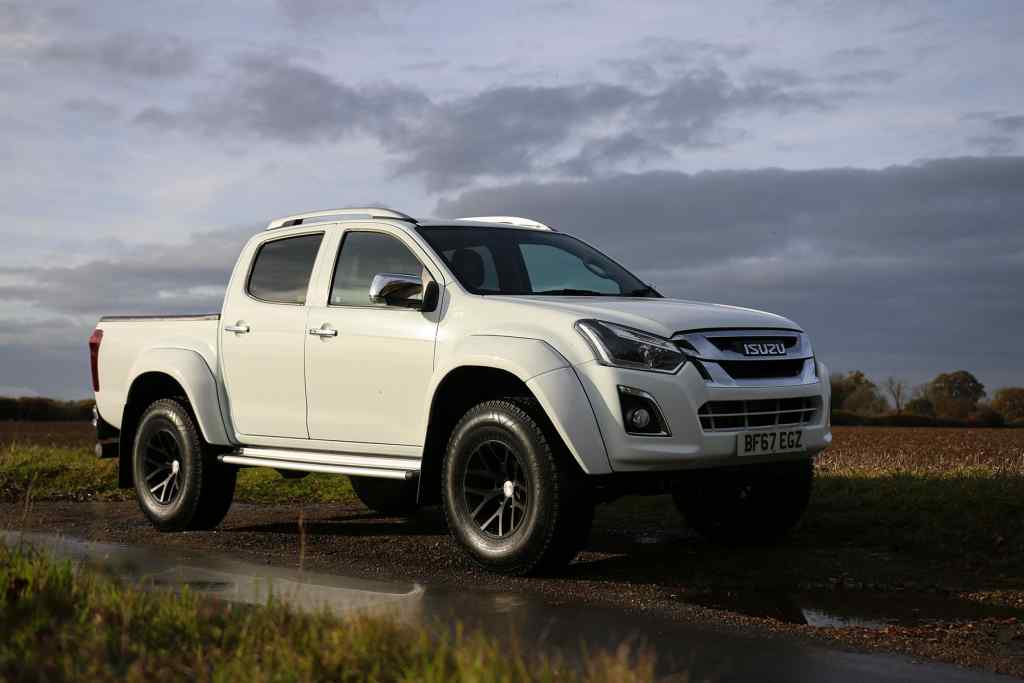 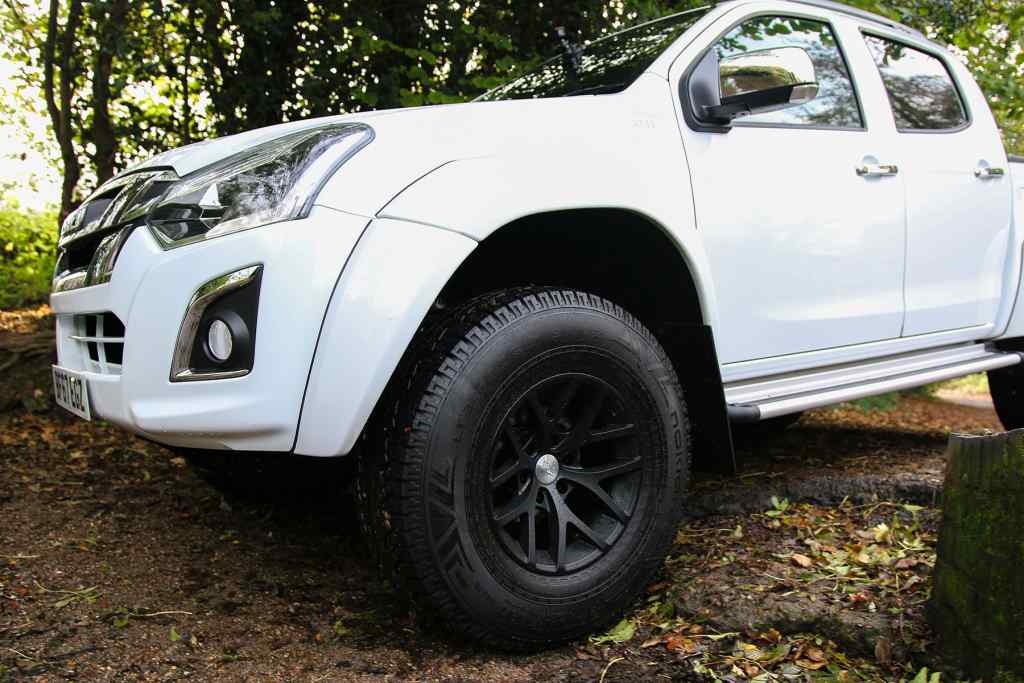 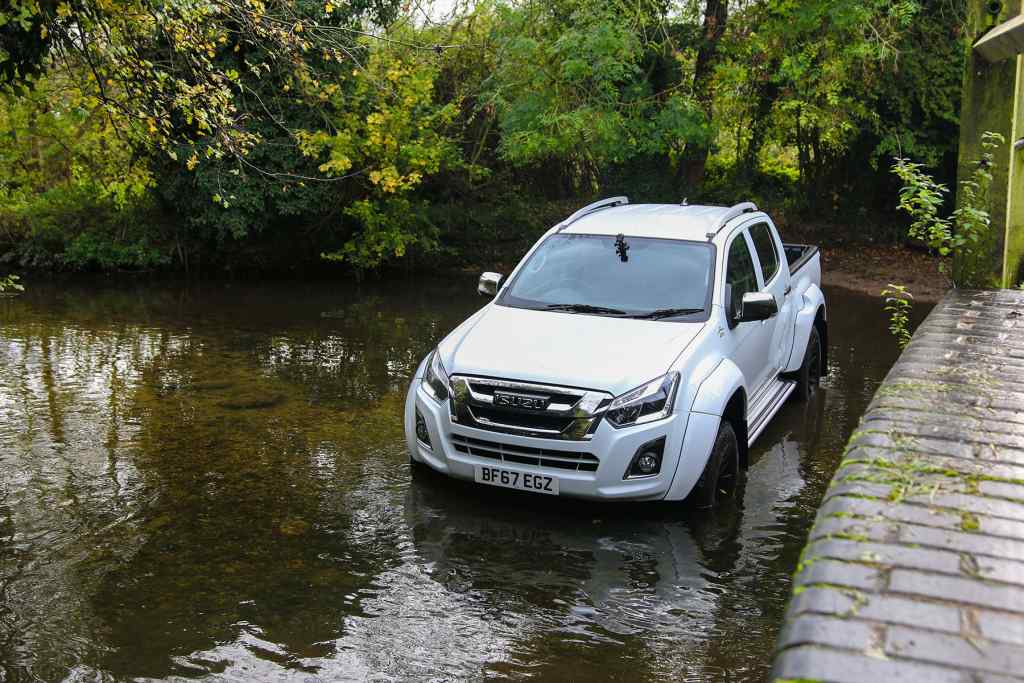 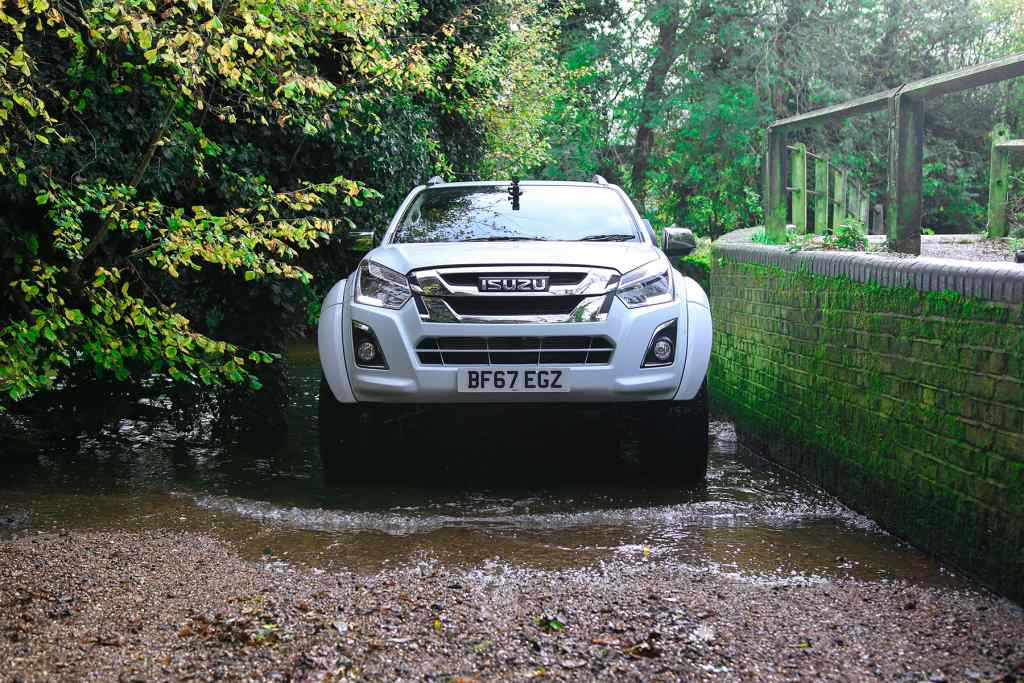 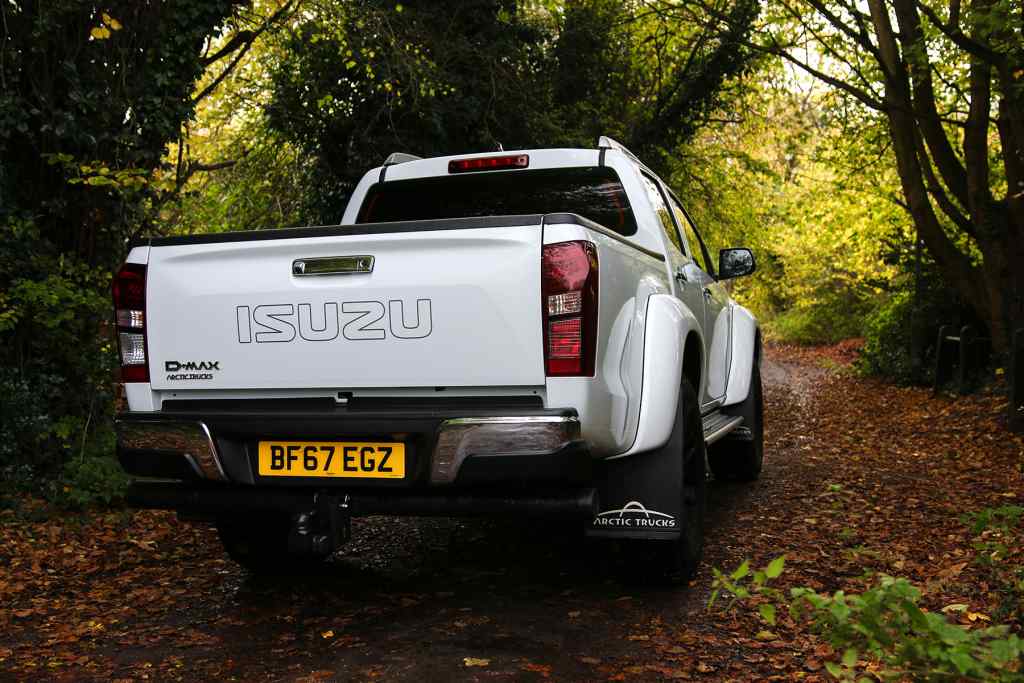 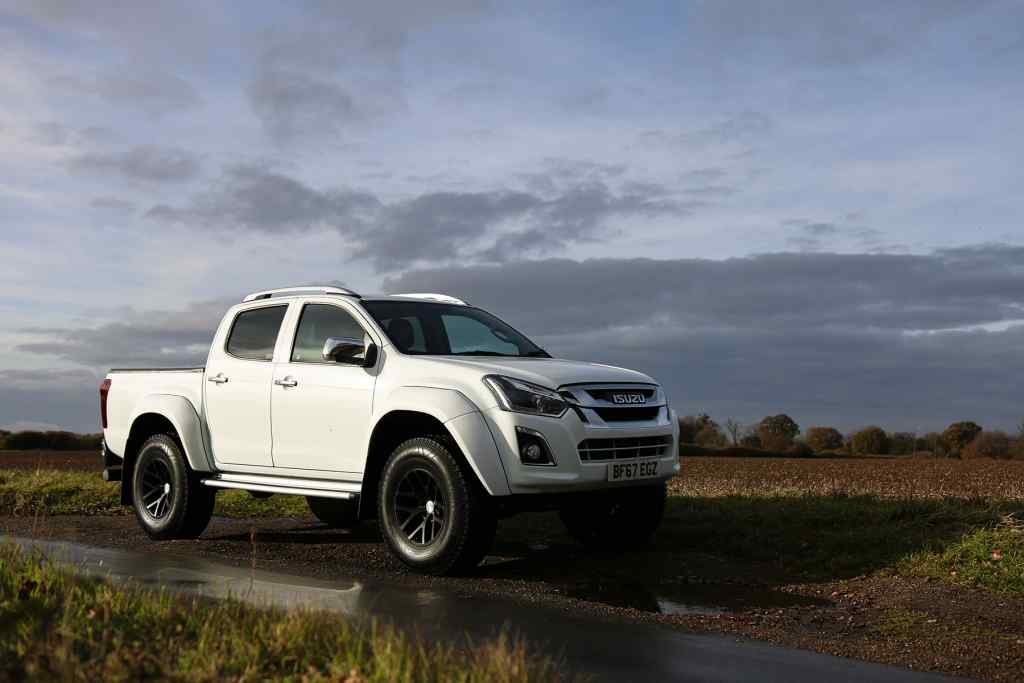 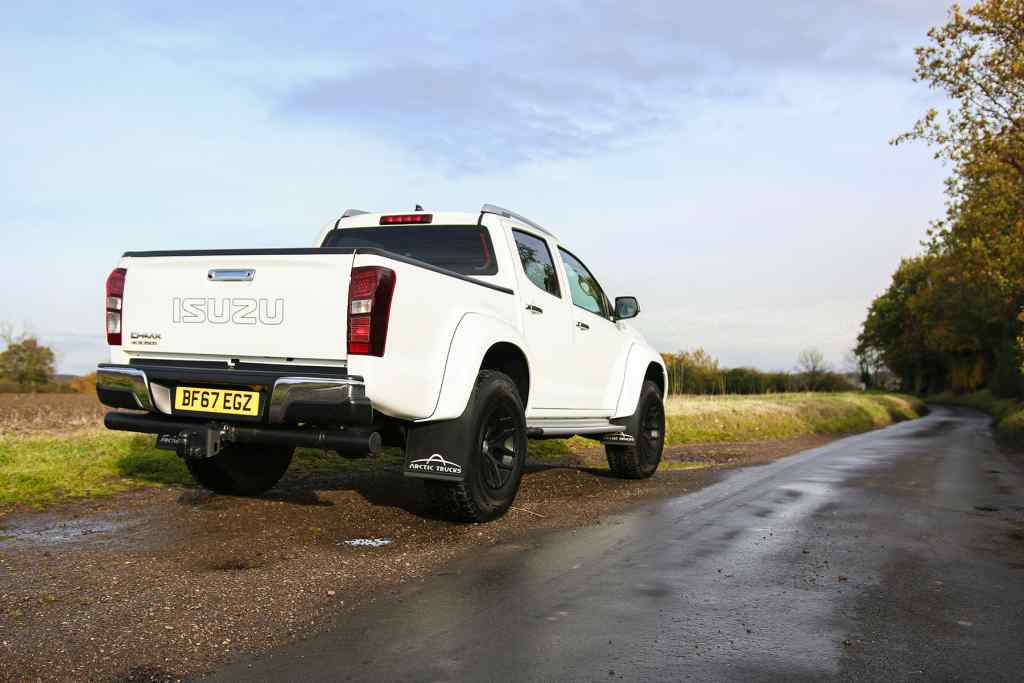 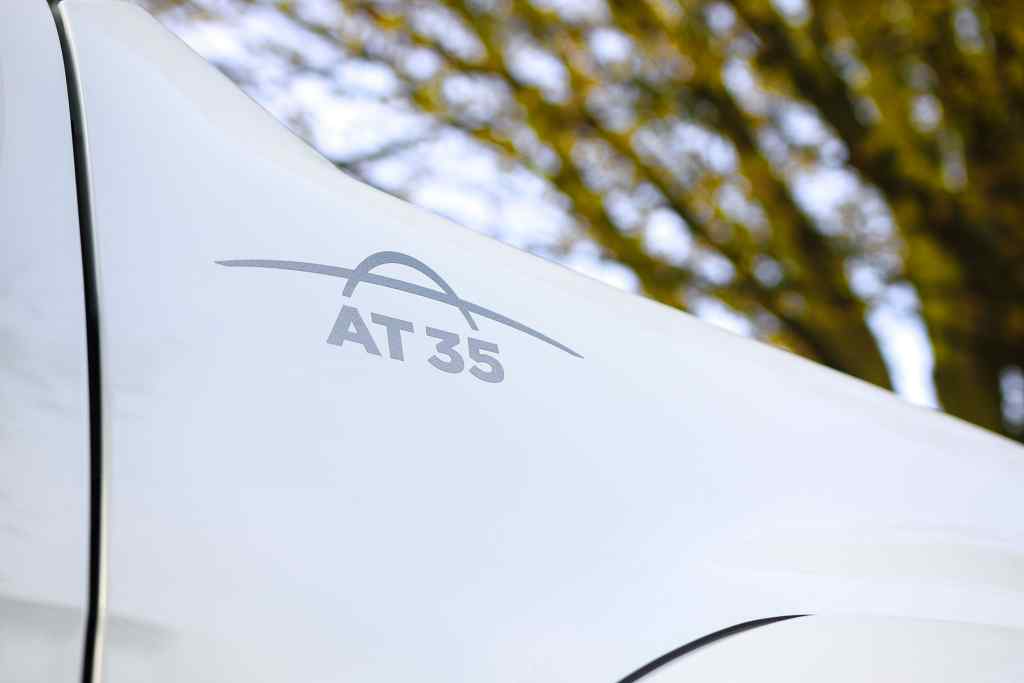 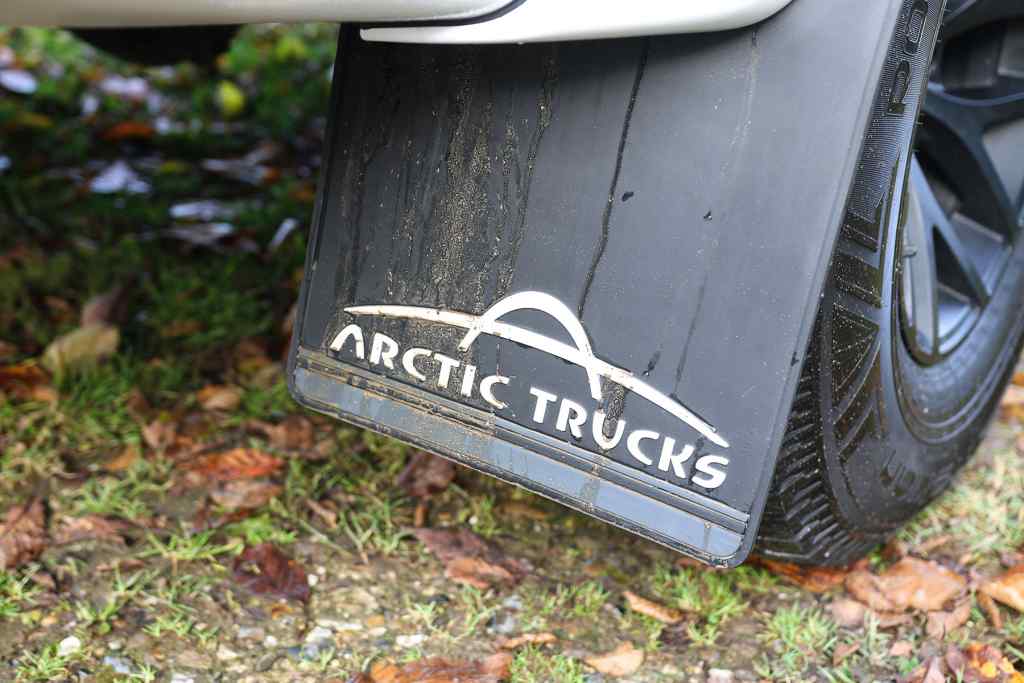 >NEXT: Best new pick-up trucks in the UK