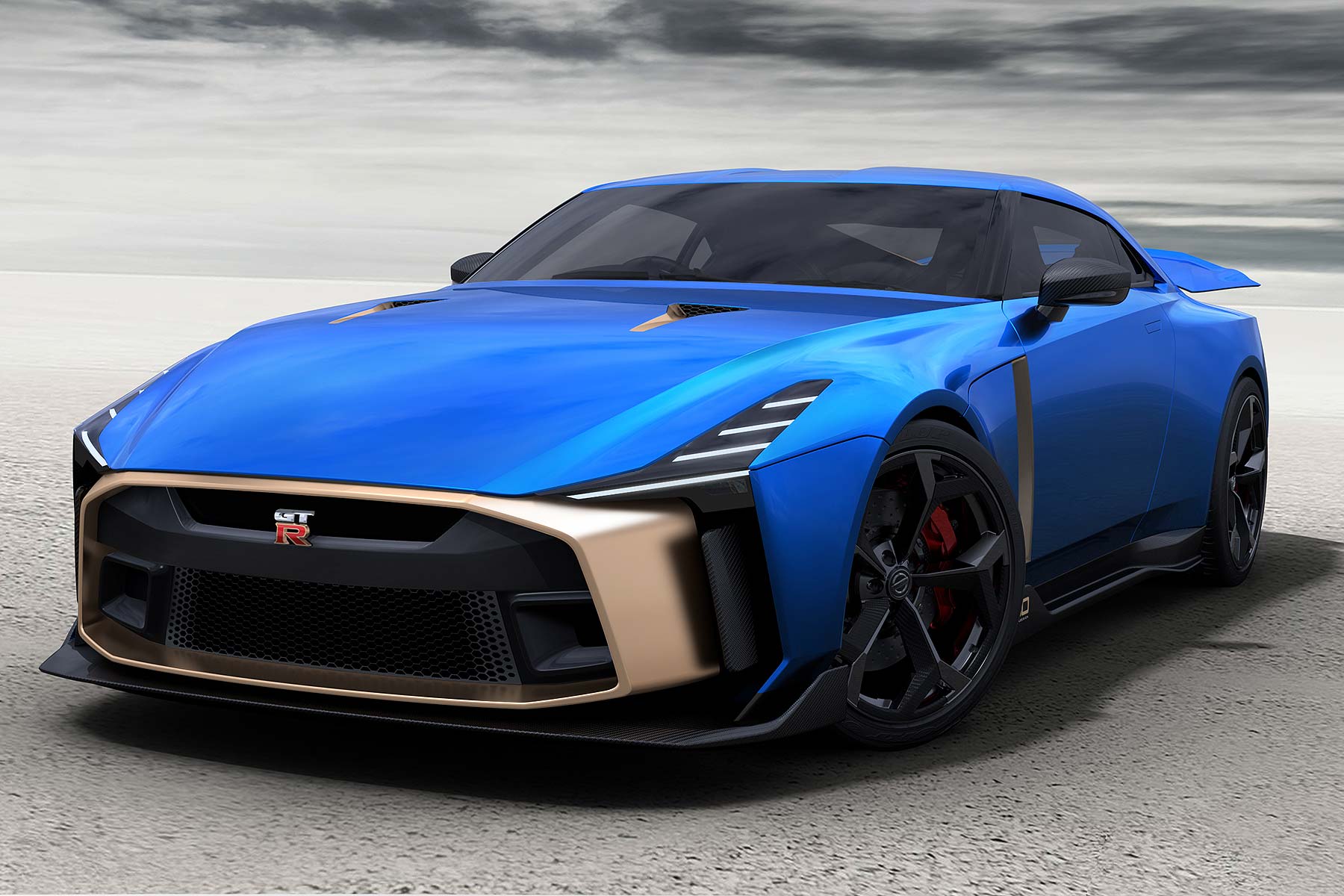 The Nissan GT-R50 by Italdesign concept that wowed visitors to the 2018 Goodwood Festival of Speed is going into production, the Japanese company has confirmed.

That equals a price tag of over £1 million… 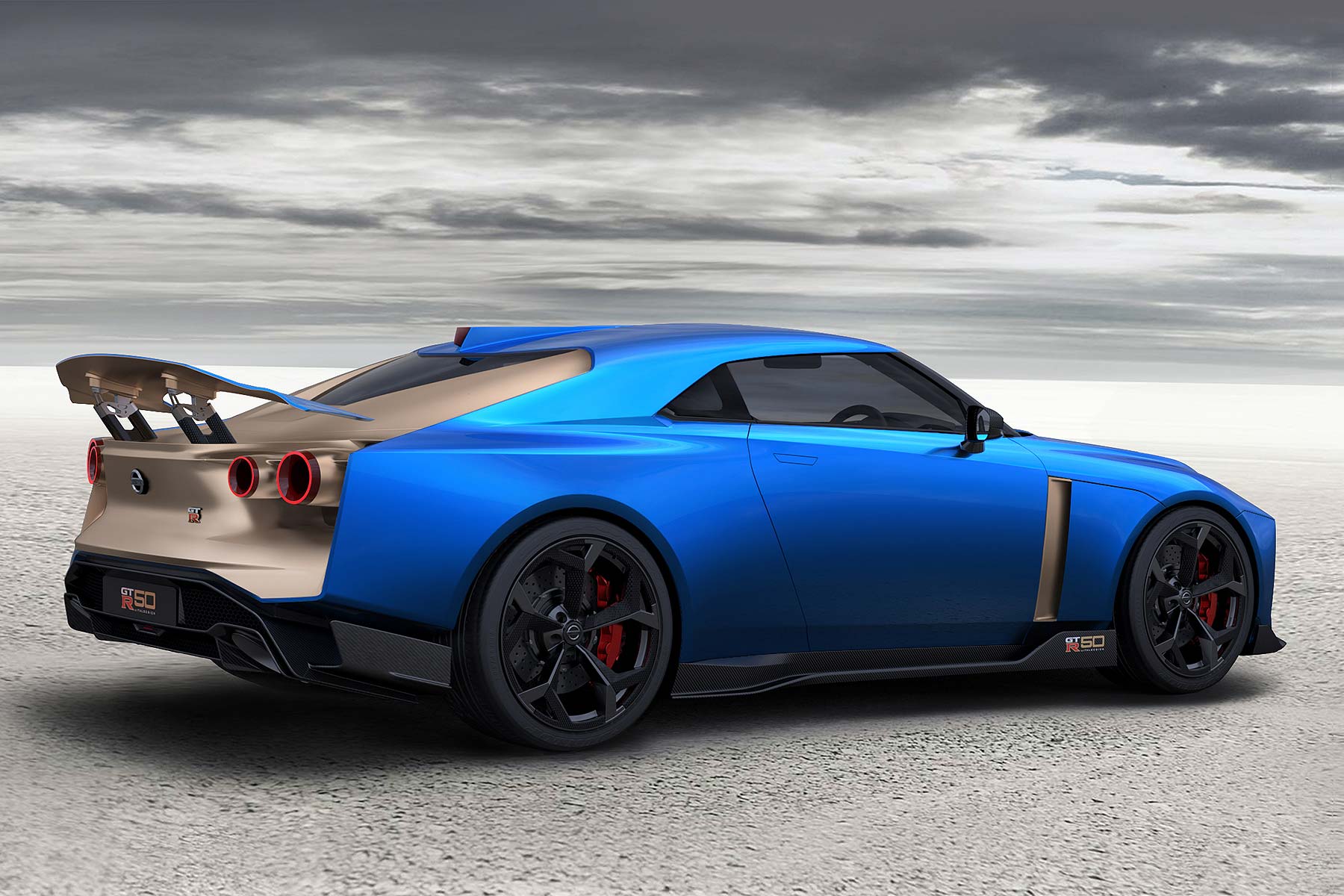 For those with funds for the ultimate Nissan GT-R, ordering is open now. Nissan’s even set up a car configurator on www.gt-r50.nissan.

Deliveries, adds Nissan, will begin in 2019 and continue into 2020 until all 50 cars have been built.

We are officially opening the order-books for a customer version of the GT-R50 by Italdesign, which made its grand debut this past summer. Only 50 units will be produced. ? Learn more about the GT-R50 at https://t.co/0Gqecd7GEq. #Nissan #OMGTR50 pic.twitter.com/sHOJHCQG2h 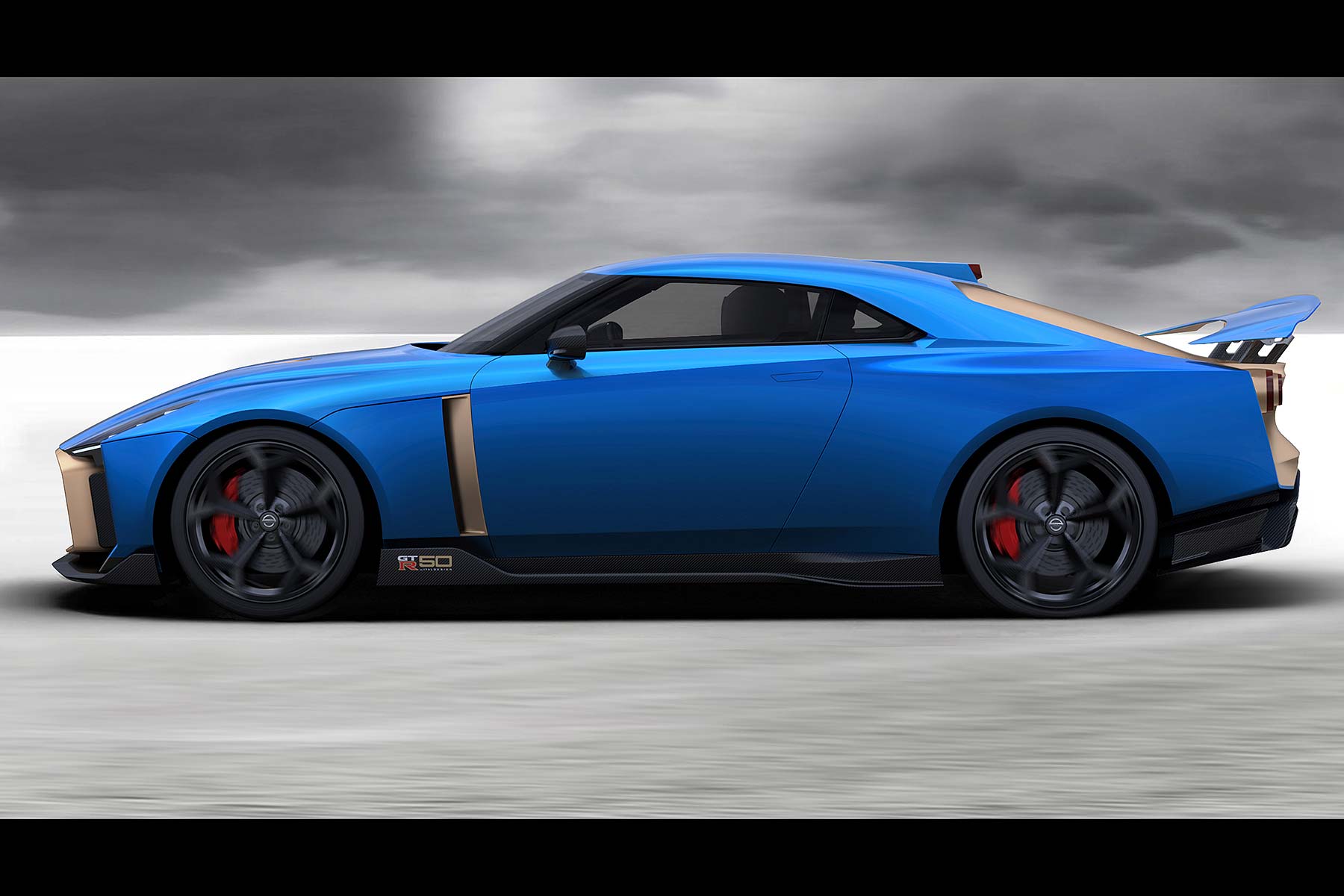 The concept version was finished in grey with gold accents. This production blue-and-gold version shows how customers will be able to specify their own colour combinations.

Interior packages will also be customisable. 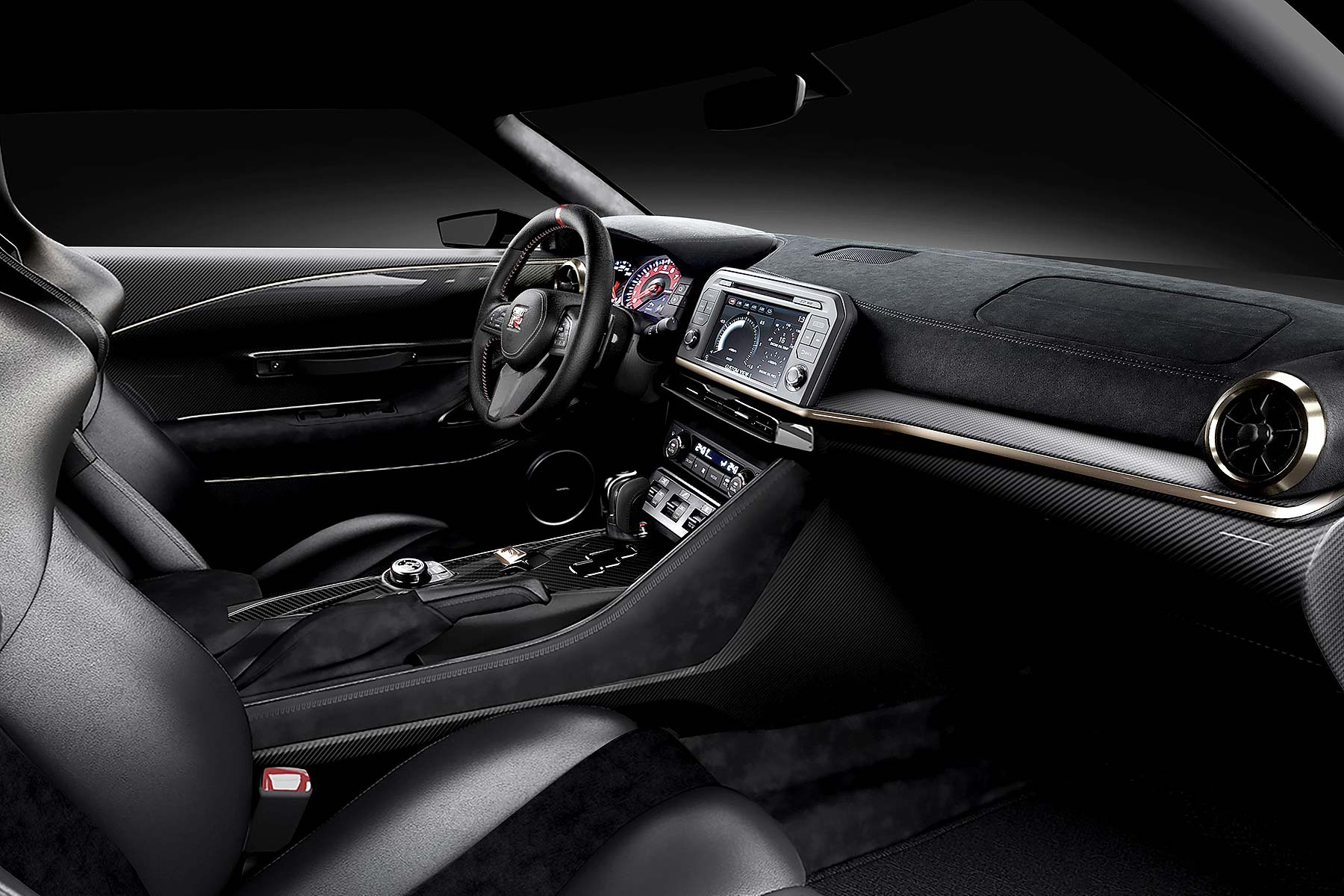 Otherwise, it’s virtually unchanged to the concept that was first seen at Goodwood. It’s since also been shown at Spa-Francorchamps in Belgium, the Rolex Monterey Motorsports Reunion in the U.S. and the Nissan Crossing in Tokyo.

From the Goodwood Festival of Speed in England to Nissan Crossing in Tokyo, Japan, here are some highlights from the GT-R50 by Italdesigns international tour. #OMGTR50 pic.twitter.com/F3AkYJv8Ii

To mark the confirmation of production, the concept will now be on display at the Nissan Gallery in Yokohama from today. 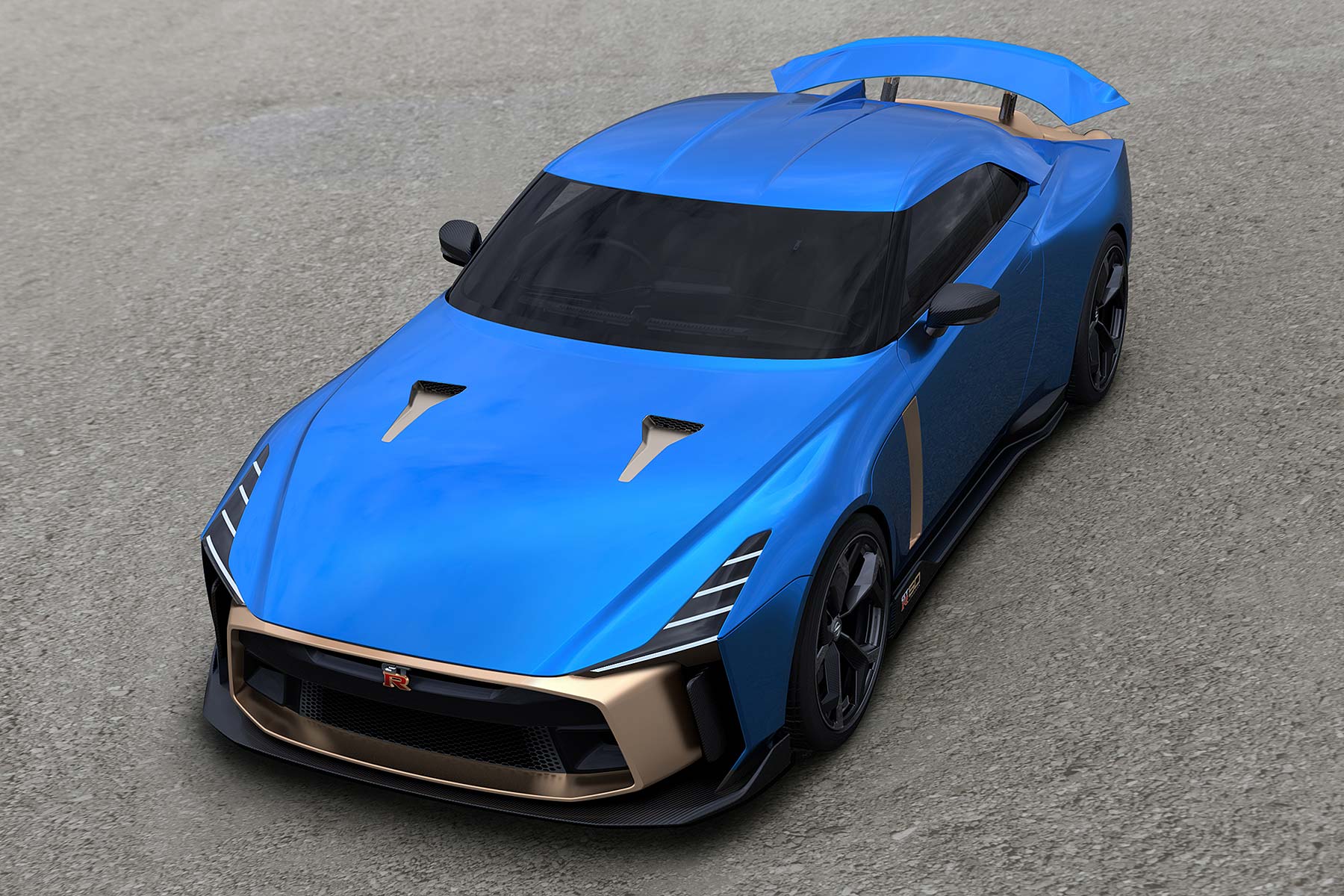 “The reaction from Nissan fans around the world – and potential customers of the GT-R50 – has greatly exceeded our expectations,” said Bob Laishley, global sports car program director at Nissan.

“These 50 cars, which celebrate 50 years of the GT-R as well as 50 years of Italdesign, will be rolling tributes to Nissan’s engineering leadership and rich sports car heritage for a long time to come.”