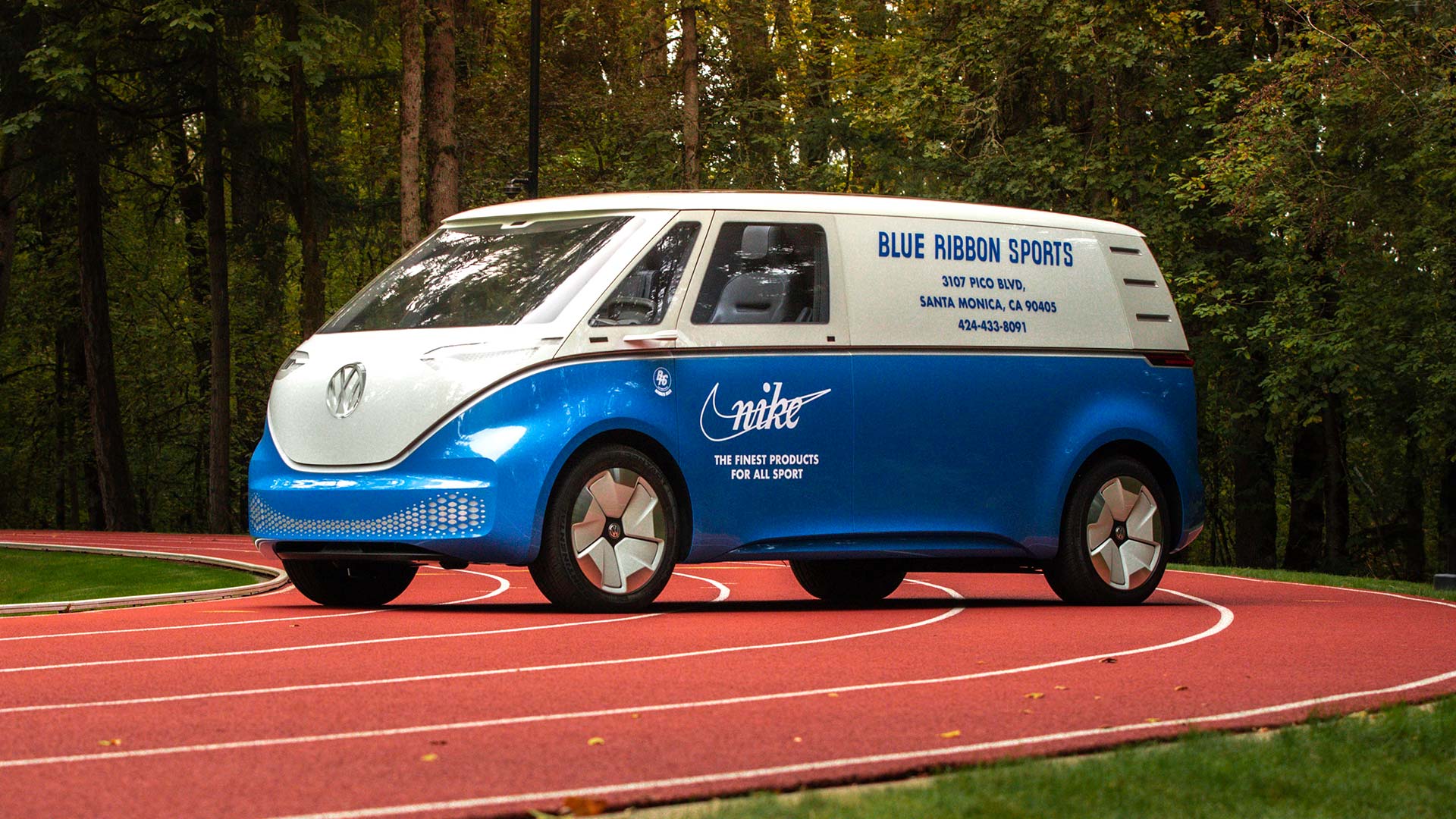 Nike and Volkswagen will collaborate on a coast-to-coast adventure, celebrating the origins of the famous sportswear brand.

It involves a version of Volkswagen’s concept ID Buzz Cargo electric van dressed in the livery of Blue Ribbon Sports – the company which would lead to the foundation of Nike.

98769978October, the ID Buzz Cargo will travel from the West Coast to the East, letting customers investigate the future of Volkswagen and the history of Nike.

So why a Volkswagen van? 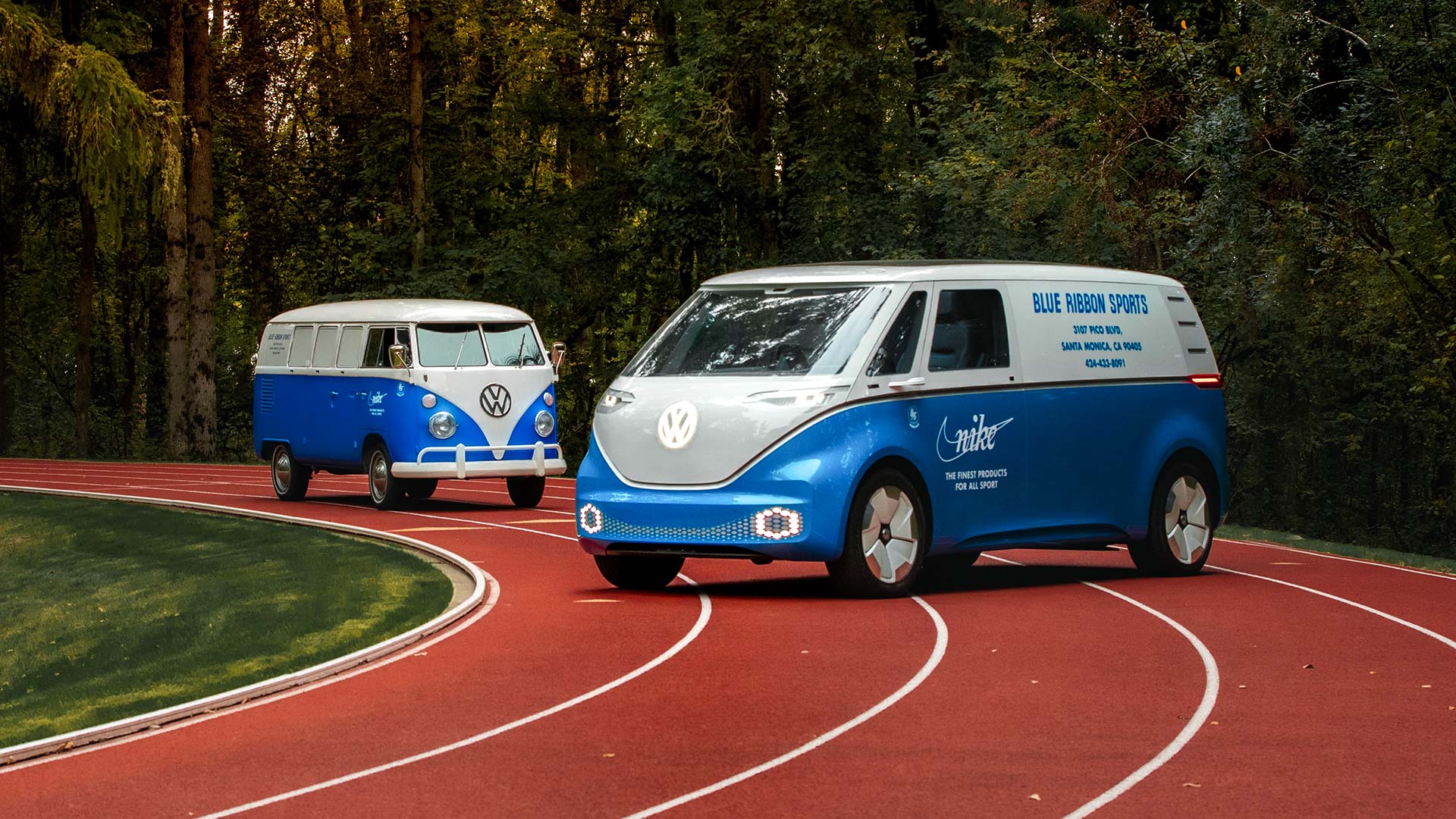 Founded in 1964 by Phil Knight and Bill Bowerman, Blue Ribbon Sports began as a distributor for imported footwear.

Joined by Jeff Johnson in 1967, the trio opened a store in Santa Monica, California. Johnson would also attend local running track meets, selling products from his own Volkswagen Type 2 Bus. By 1971 the company would launch its own brand of shoes, wearing the Nike name and the distinctive ‘Swoosh’ logo.

Earlier this year, Nike reopened the original store at 3107 Pico Boulevard in Santa Monica. This will be the first stop on a cross-country tour, with the electric ID Buzz Cargo replicating the Type 2 used by Jeff Johnson in the 1960s.

Where the rubber meets the road 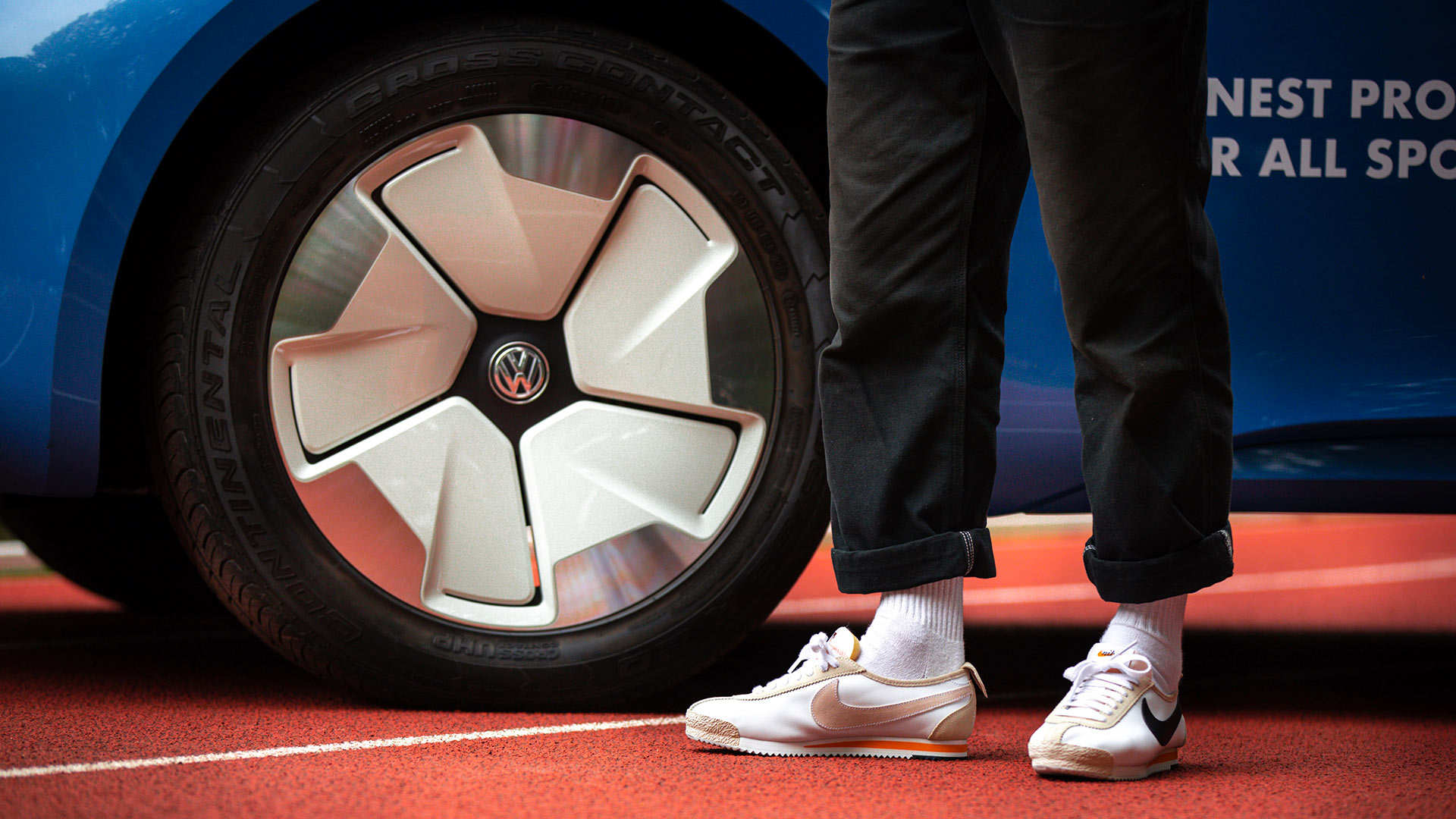 The Blue Ribbon Sports tour kicks off on Saturday, October 5th 2019, before hitting the road for Chicago on October 12th. Nike and the ID Buzz Cargo will cross the finish line in New York City on October 15th.

At each stop, Nike will operate a pop-up store to allow fans to buy exclusive Blue Ribbon Sports merchandise. The opportunity to donate old athletic shoes for recycling will also be offered as part of Nike’s ‘Reuse-A-Shoe’ program.

Saad Chehab, Senior Vice President, VW Brand Marketing, said that “the rebirth of BRS is the perfect platform to help promote the common values of our companies, while showing the world VW’s commitment to electrification isn’t just about personal transportation – it’s about moving everything in a smarter fashion.”

Two years after the service was introduced in North America, Audi's 'Traffic Light Information' service is to be rolled out in Europe.
Read more

The world’s craziest hot hatch is back with more power, an even wilder wing and ‘vortex generators’. Oh yes. Here’s the lowdown on the Honda Civic Type R
Read more

Recreation of iconic Type 2 van was hand-painted by the artist who actually made the original!
Read more

Renault owners can control their home from the car

Renault has teamed up with smart home company Otodo to enable Clio, Captur and Zoe owners to control their connected home from the car.
Read more

From the Type A to the Twingo, we celebrate 120 years of Renault at its innovative and exciting best
Read more