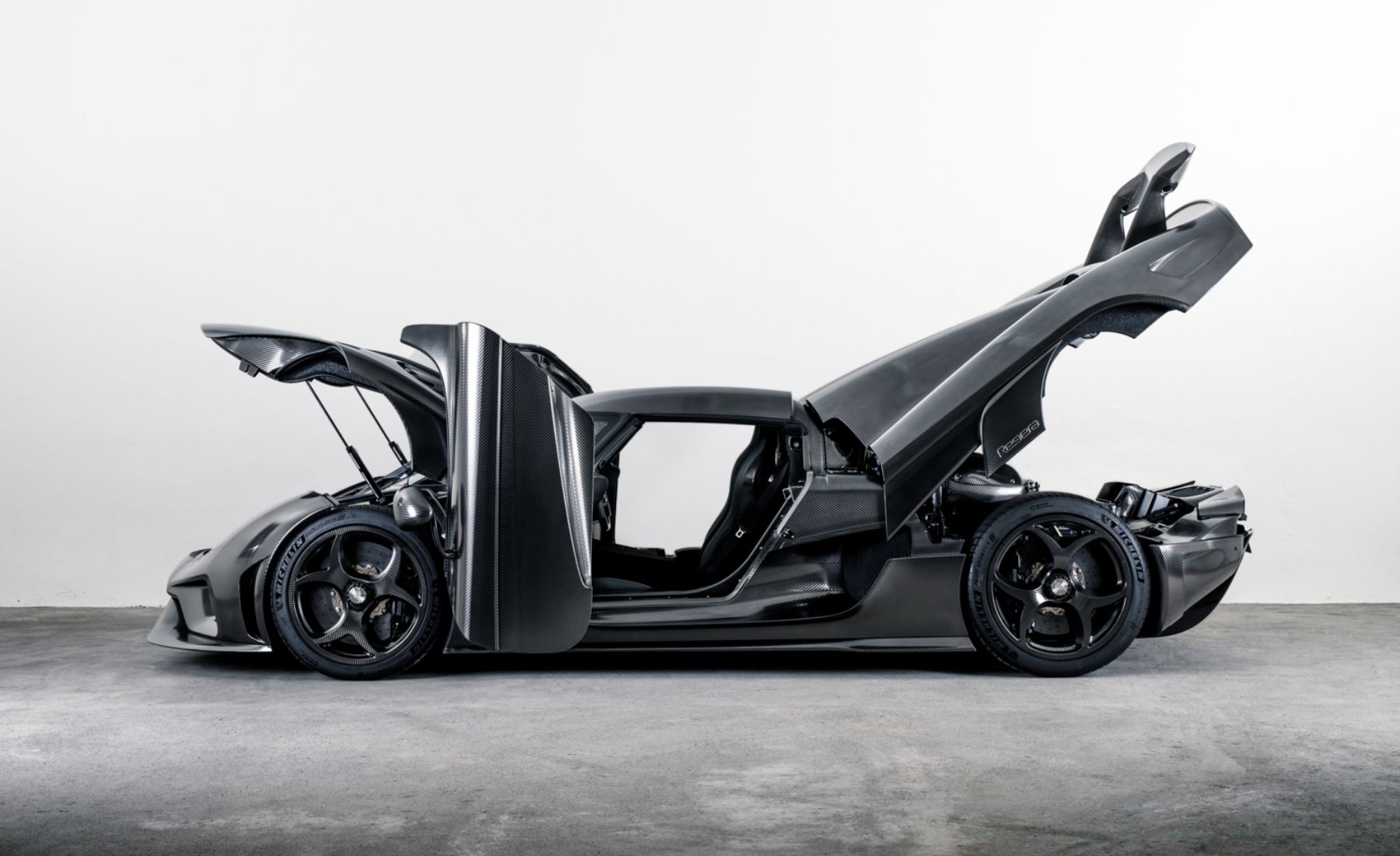 It’s what’s underneath that counts, they say. That’s certainly the case with the first KNC Koenigsegg Regera… What’s KNC? That’s Koenigsegg Naked Carbon, and, other than the fully automated bodywork that you can open with the touch of a button, it’s Koenigsegg’s way of saying beauty is more than skin deep.

Bare carbon is nothing new in the world of hypercars. Pagani pioneered the art form near-on 20 years ago with a bare carbon fibre Zonda, featuring perfectly symmetrical weaves with a line going down the centre of the car. Even down to neighbouring body panels, the weaves matched.

This Regera is the latest to bare its construction for all to see and it’s a testament to how far carbon fibre work has come in the 30 years it’s been in use in road cars. The sophistication of the shapes it can take and the absolutely perfect symmetry is candy for the eyes. 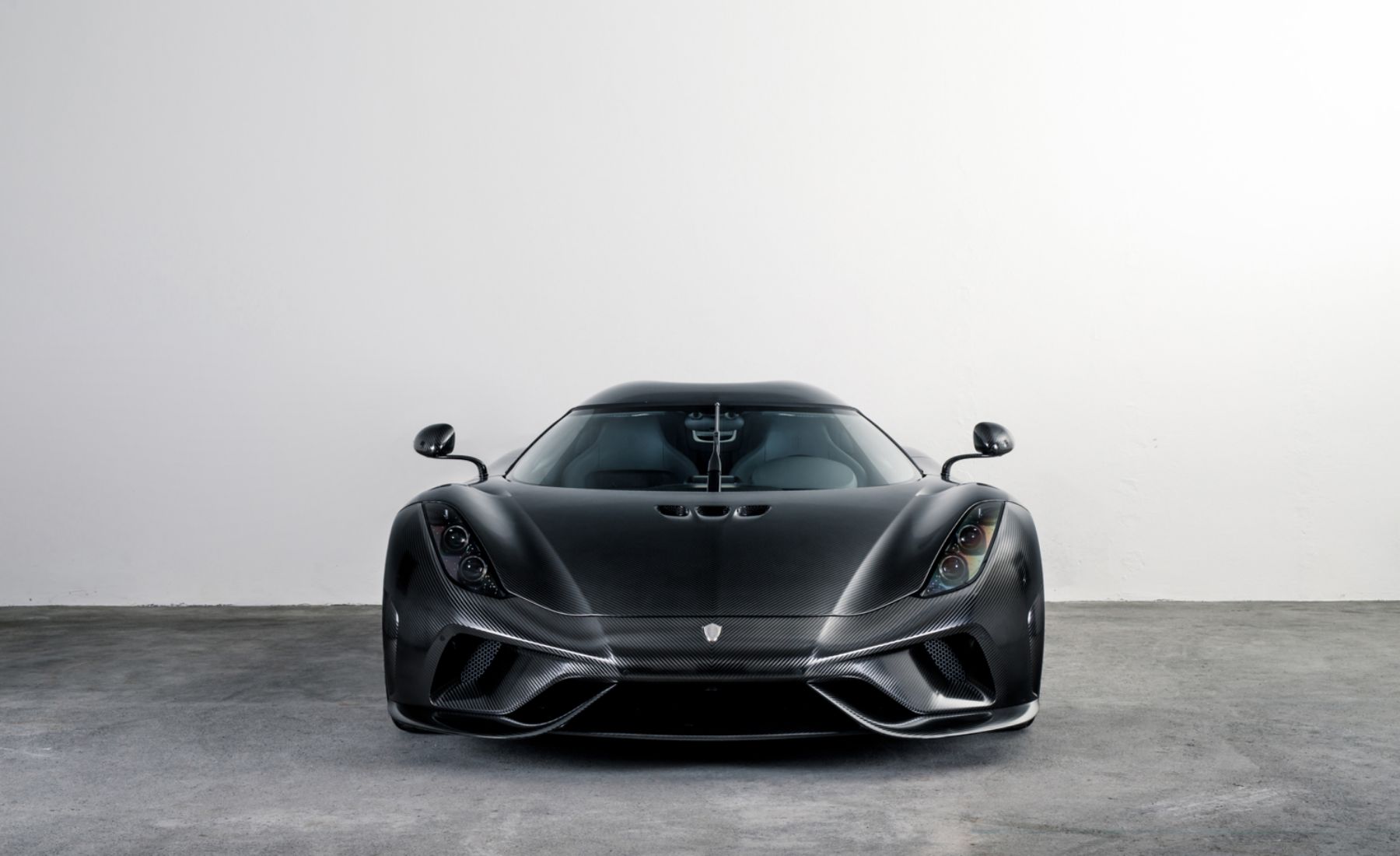 To say that many cars before are bare carbon is a little bit of a porky, however. This Koenigsegg is genuinely as close as you’ll get. Most ‘bare carbon’ cars are in fact painted with a lacquer layer. It’s one of the ways Koenigsegg has done it before. It can be combined with a colour for a different tone to the carbon fibre finish.

In the case of the KNC Regera, however, the epoxy layer that would ordinarily cover the carbon, as it does on underside pieces and interior trim pieces on other cars, has been sanded back. For the first time, the whole body of this car has had that layer removed and the carbon fibre itself has been polished to deliver the finish.

It’s a delicate process, so says Koenigsegg, given one rub the wrong way can result in carbon fibre threads frayed and curling out from the panel. 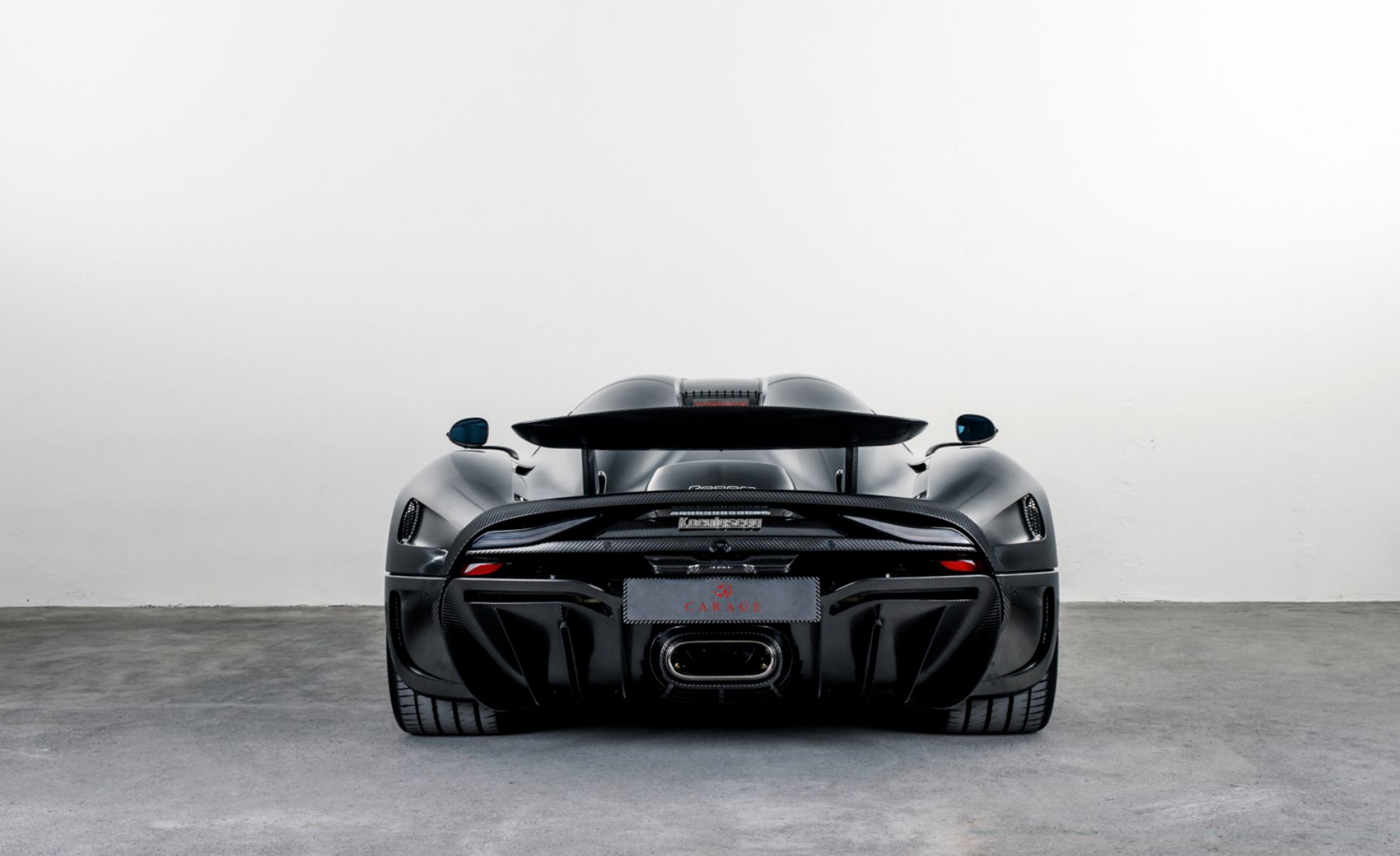 What are the advantages of this polished exposed carbon? Apparently, it’s a much hardier surface when it comes to dealing with the rigours of road-faring life. Stone blasts and other impacts that would otherwise damage a layer of lacquer are much less damaging to the harder exposed carbon. The other advantage is that the car is 20kg lighter, given there’s no heavy lacquer or paint coating it.

It ought to have its advantages, given how difficult it is to execute. Never mind the process of stripping the carbon back, in order to be suitable for the treatment, every panel has to be nothing short of perfect in terms of its carbon quality. As it should be regardless, you’d have thought. 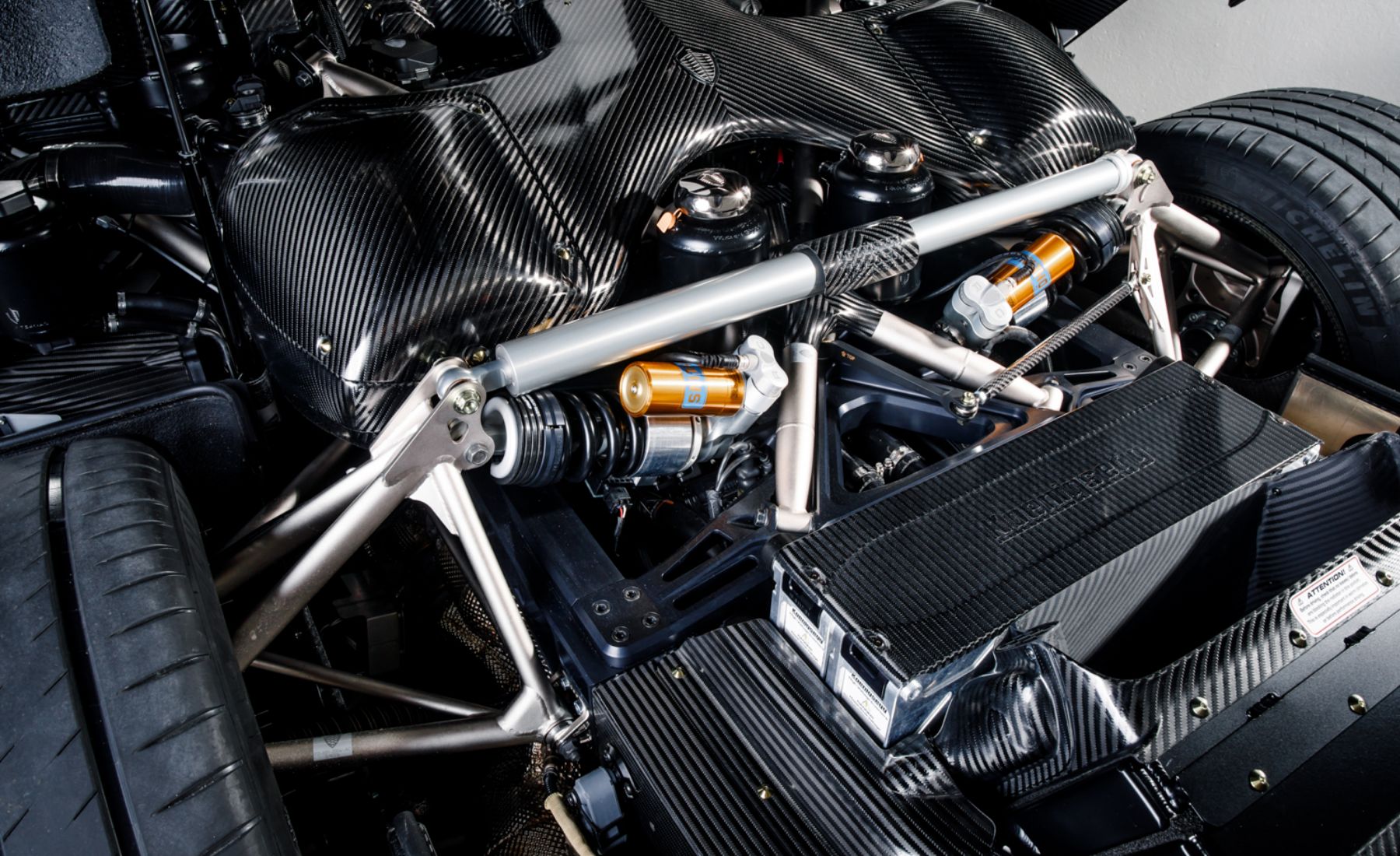 “The Koenigsegg philosophy has always been about exploring extremes. It’s great to extend that idea to a whole new way of finishing and presenting a car.” 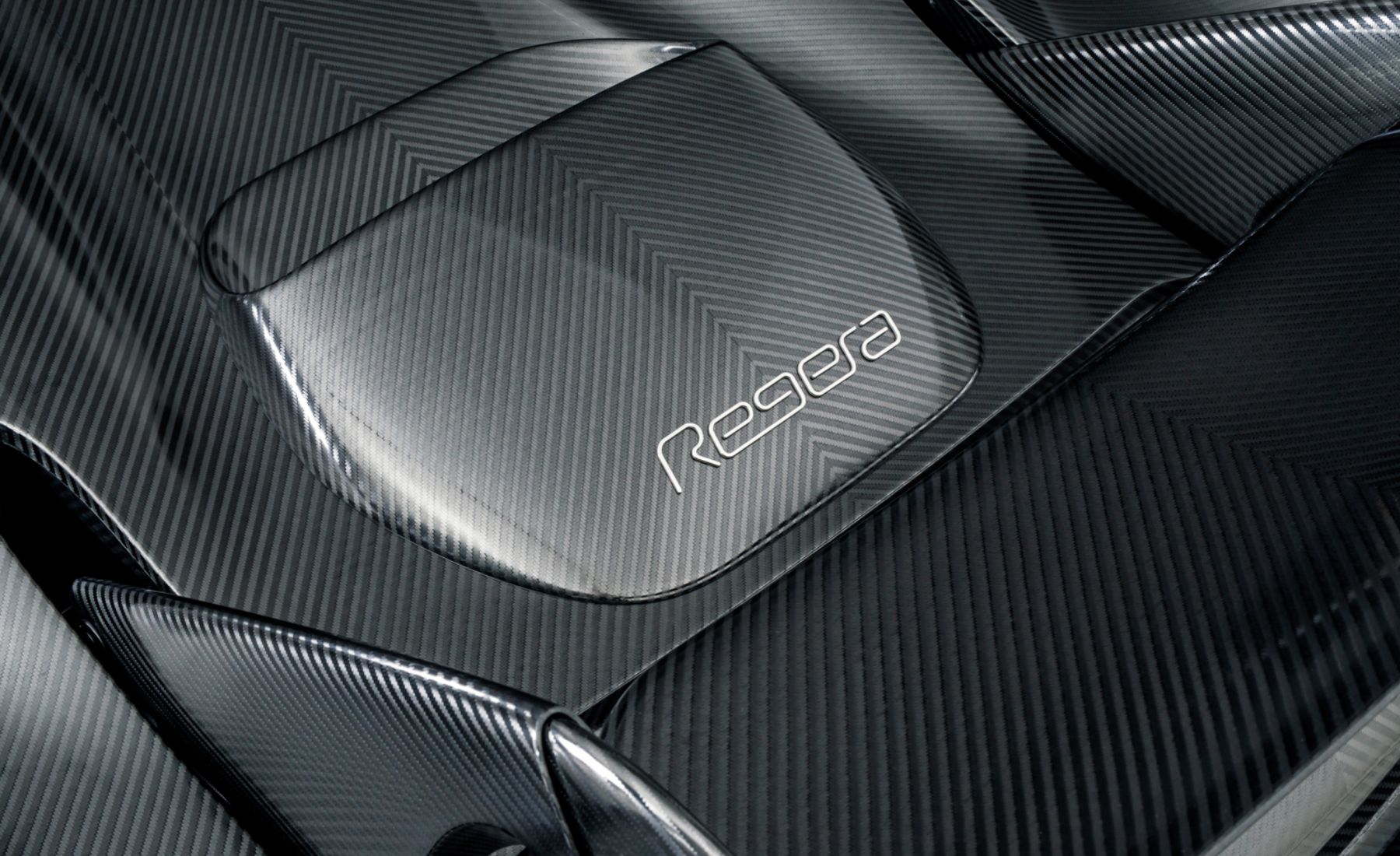