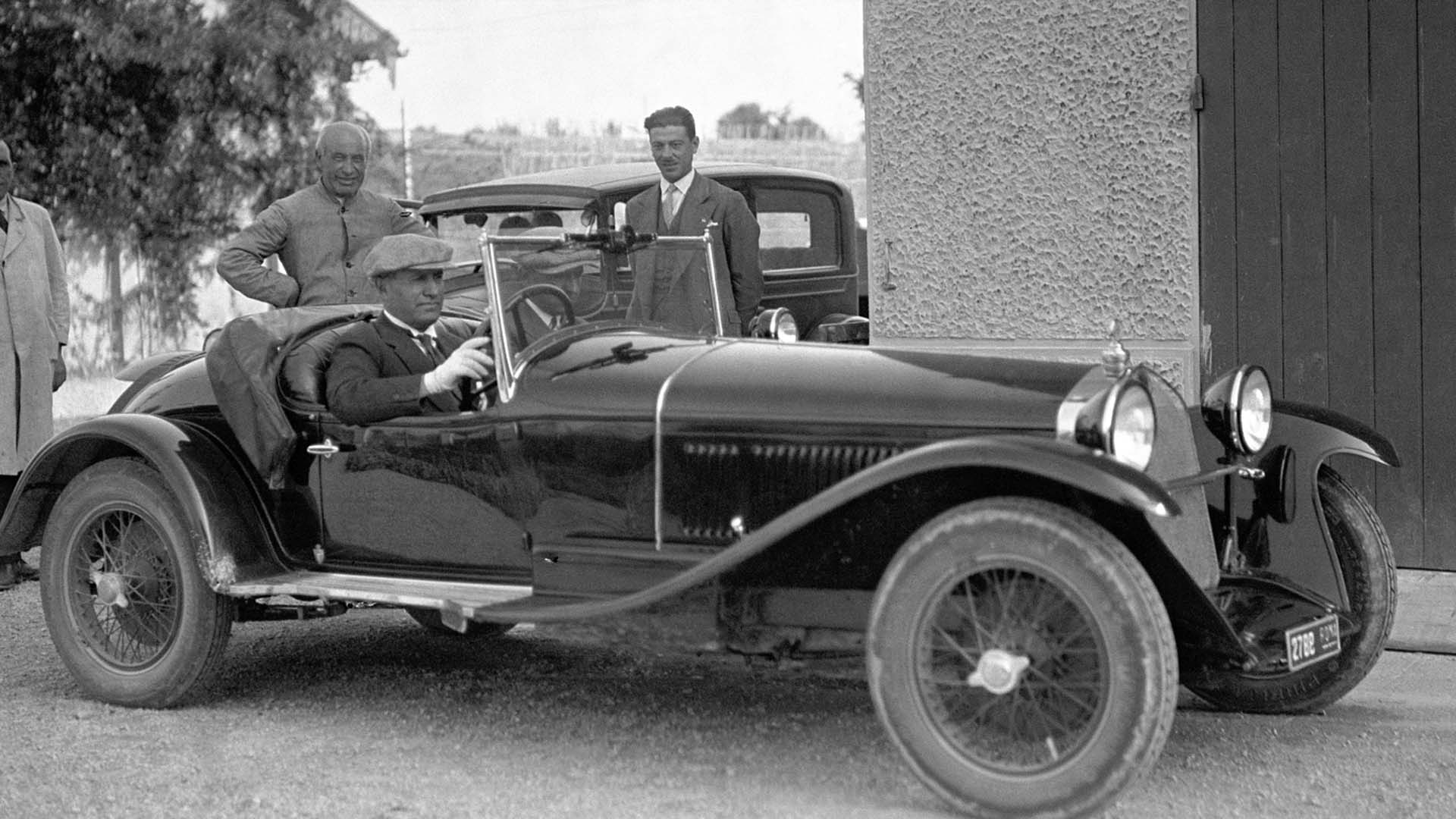 This Alfa Romeo 6C 1750 SS was delivered to its first owner, ‘Il Duce’ Benito Mussolini, on 13 January 1930. Following a period of intensive research, the Alfa Romeo is about to be restored by Thornley Kelham in the Cotswolds. It headlines our round-up of cars owned or driven by some of the world’s most notorious leaders. 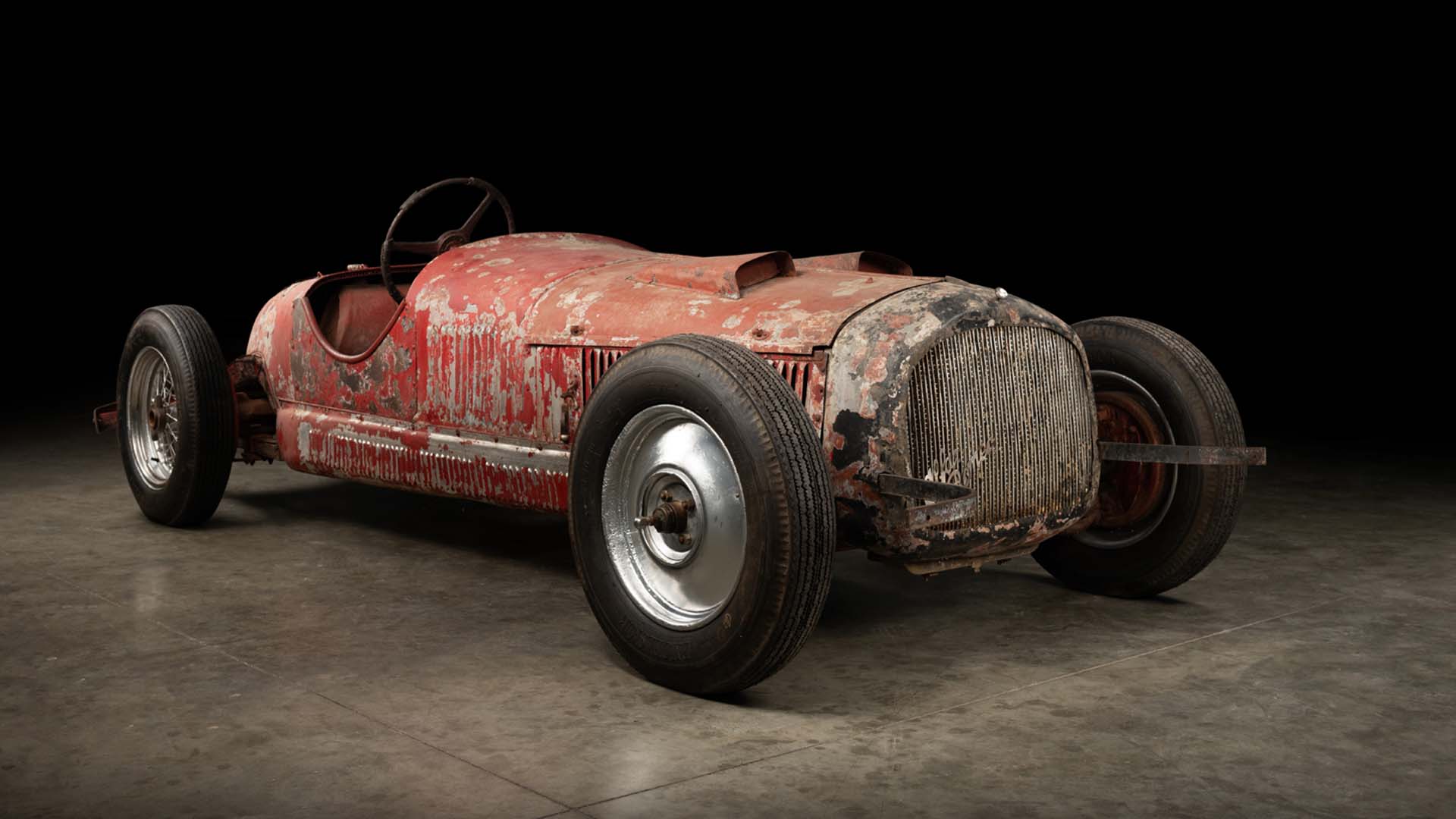 Simon Thornley, co-founder of Thornley Kelham, said: “We’ve undertaken many challenging restorations, but this Alfa Romeo presents us with perhaps our greatest test to date. Automotive history like this has to be preserved, and we are delighted to be involved in the latest page in its amazing story.” 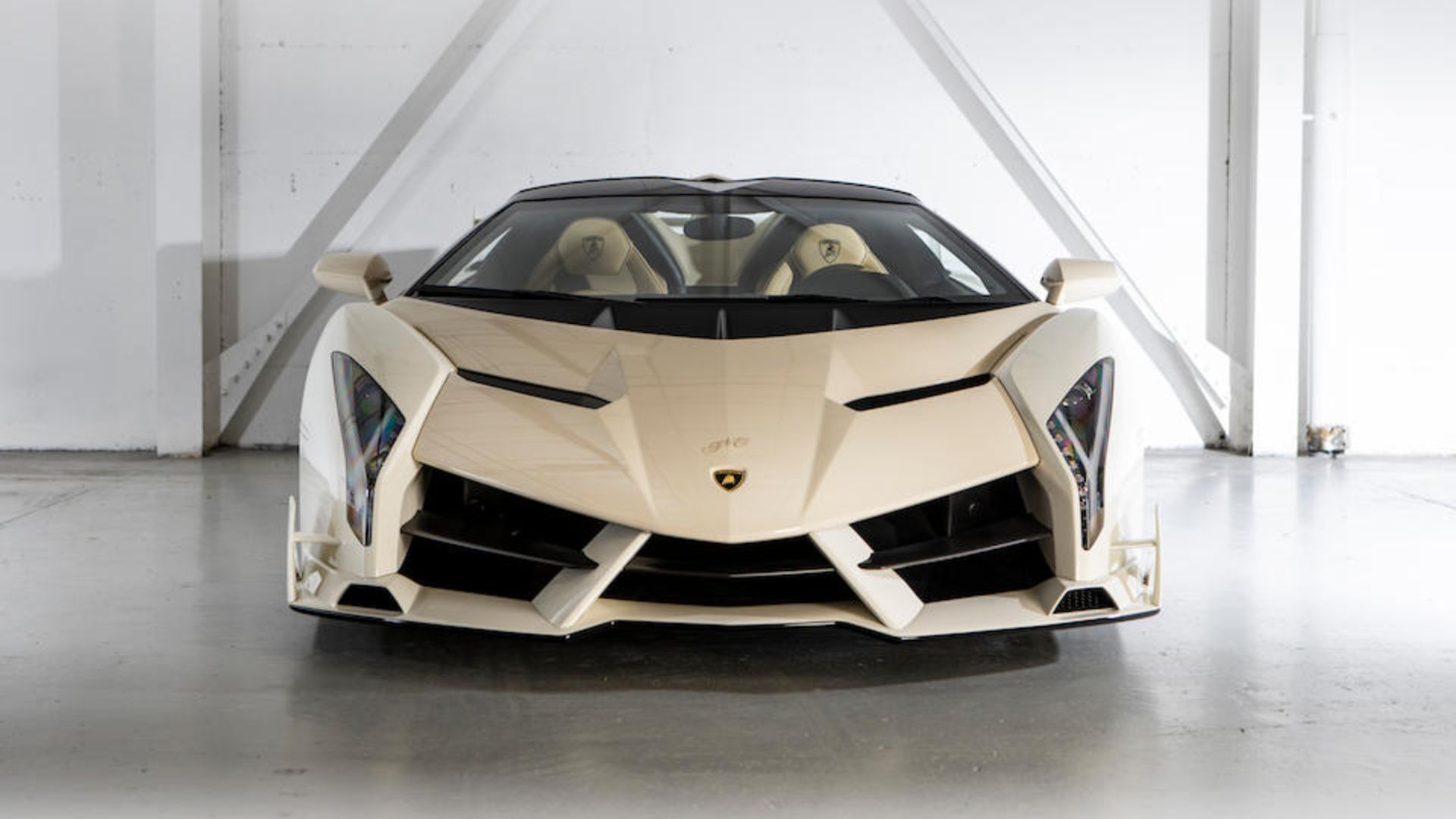 Auction house Bonhams can’t actually take credit for what has to be one of the most incredible sale rosters in history. Its recent hypercar lot was formerly the property of vice president of Equatorial Guinea, Teodorin Obiang Nguemabut. The cars were seized by Swiss authorities on charges of financial wrongdoing. We take a look at Nguemabut’s incredible collection, plus some more dictatorial motors. 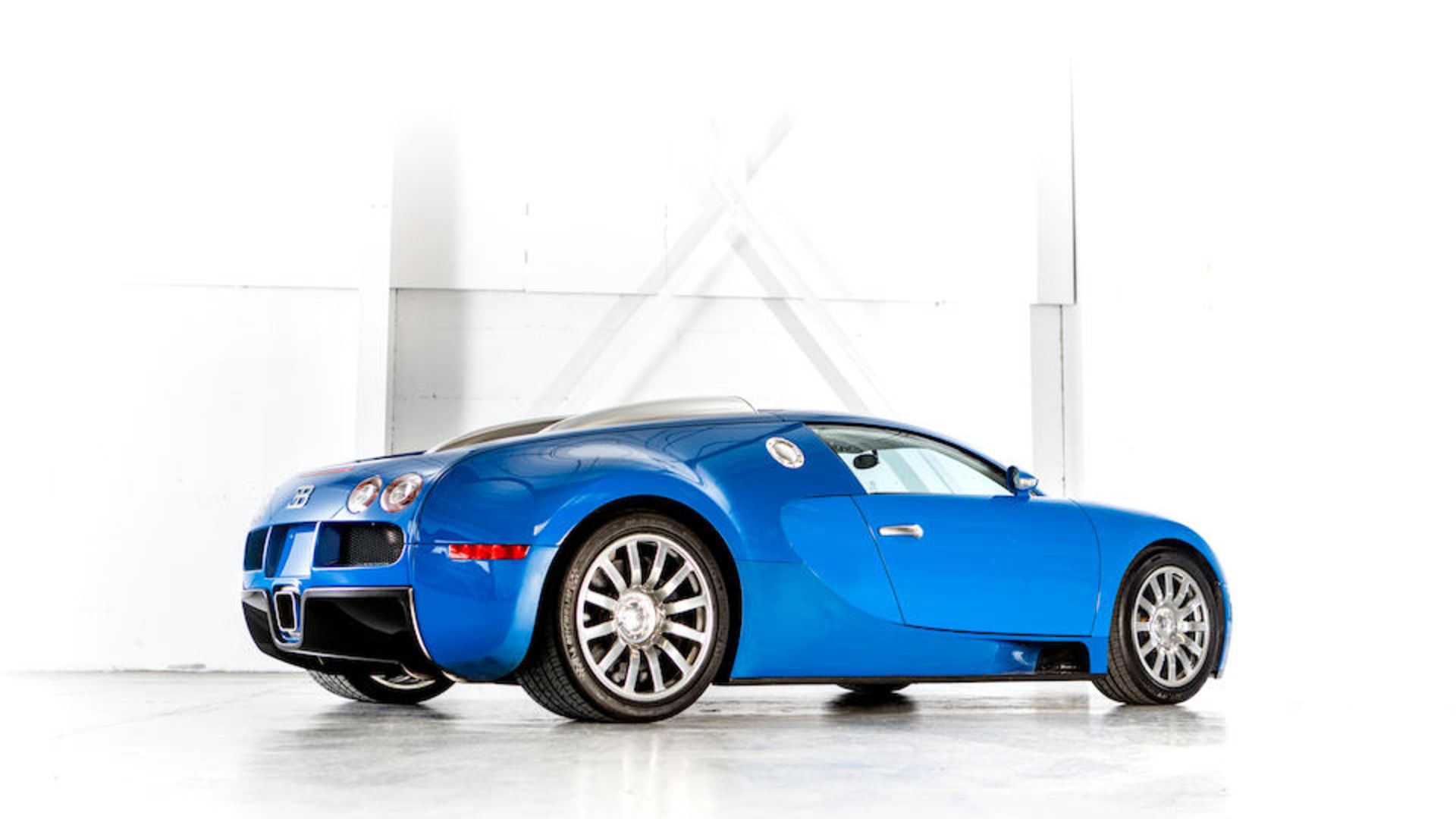 In order to, in the words of Swiss prosecutors, ‘restore a situation that is in conformity with the law’, the cars crossed the block on September 30 2019. The 1.3-million Swiss franc cost of the case was paid in cash, in exchange for a yacht being returned. However, even a cohort of hypercars couldn’t raise the funds to see off Teodorin Obiang Nguema’s €30 million suspended fine, which he must pay on top of having his cars confiscated.

Fastest and most furious 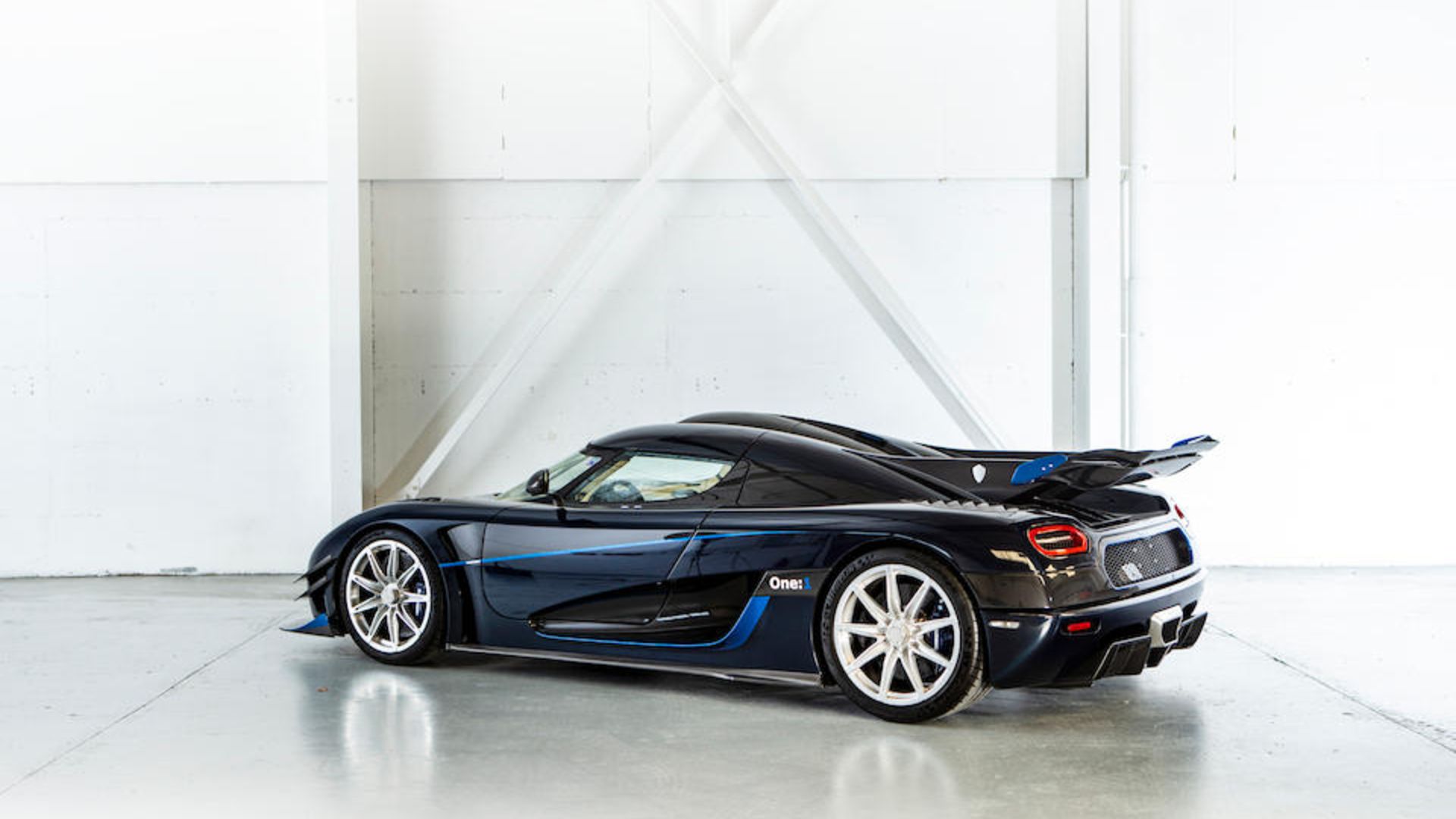 Think of a hypercar and it’s probably in this collection. Headline heavy-hitters include the Bugatti Veyron, McLaren P1, LaFerrari, Ferrari Enzo, Lamborghini Veneno Roadster, Aston Martin One:77 and Koenigsegg One:1. 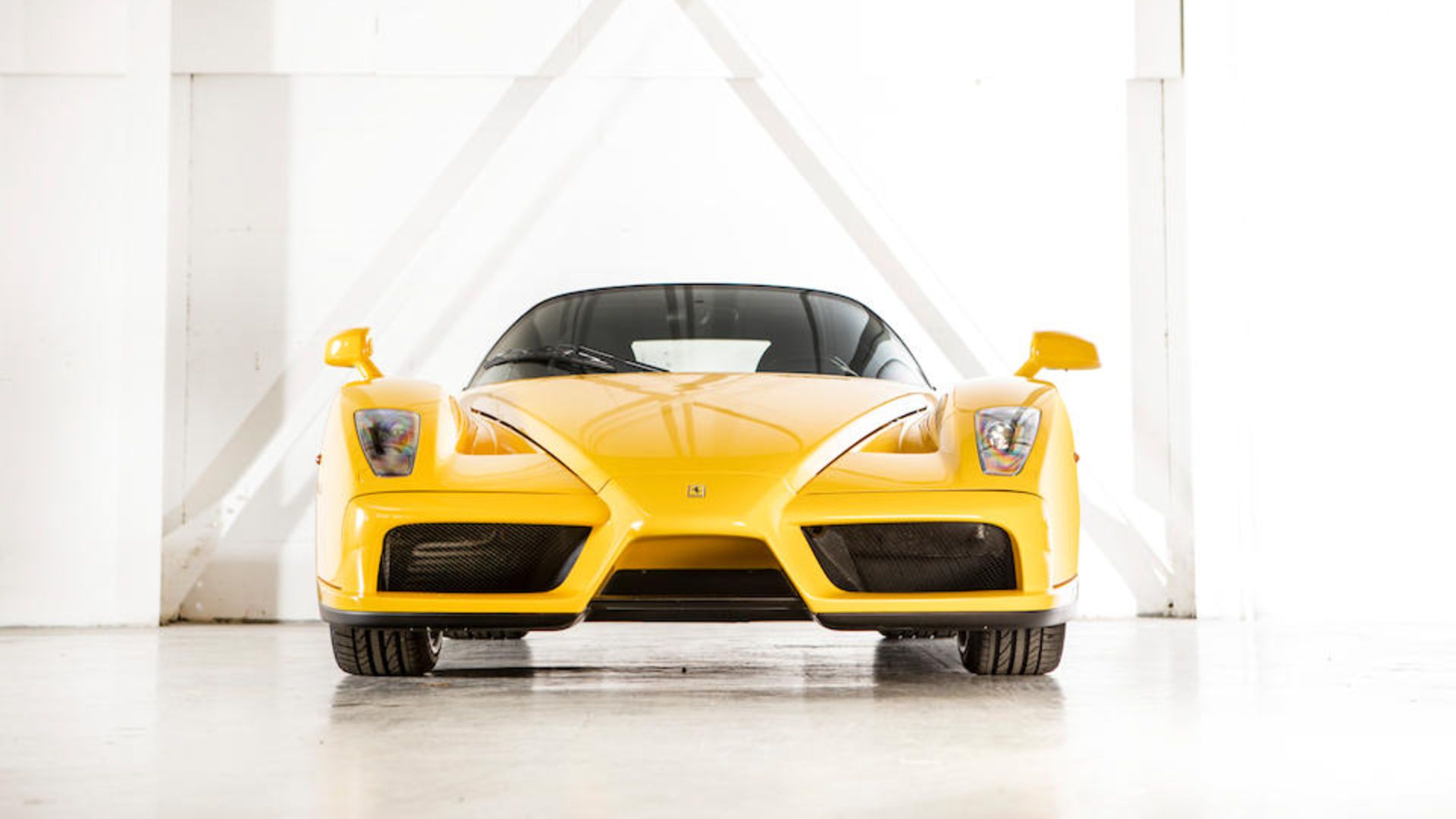 The Veneno Roadster won the day, with a final equivalent of £6.76 million, including the buyer’s premium. The Koenigsegg went for the equivalent of £3.76 million, which some enthusiasts are calling a ‘bargain’. Indeed, it’s still more than Bonhams’ own estimate, which Koenigsegg called ‘harmful’ in a heated statement. The Ferrari Enzo followed the Koenigsegg, with a final sale price of £2.53 million. It even beat its successor, the LaFerrari, which brought in £1.78 million. Selling for between £1 million and £1.6 million were a Bugatti Veyron, Aston Martin One:77, Porsche 918 Spyder and Lamborghini Reventon Roadster. 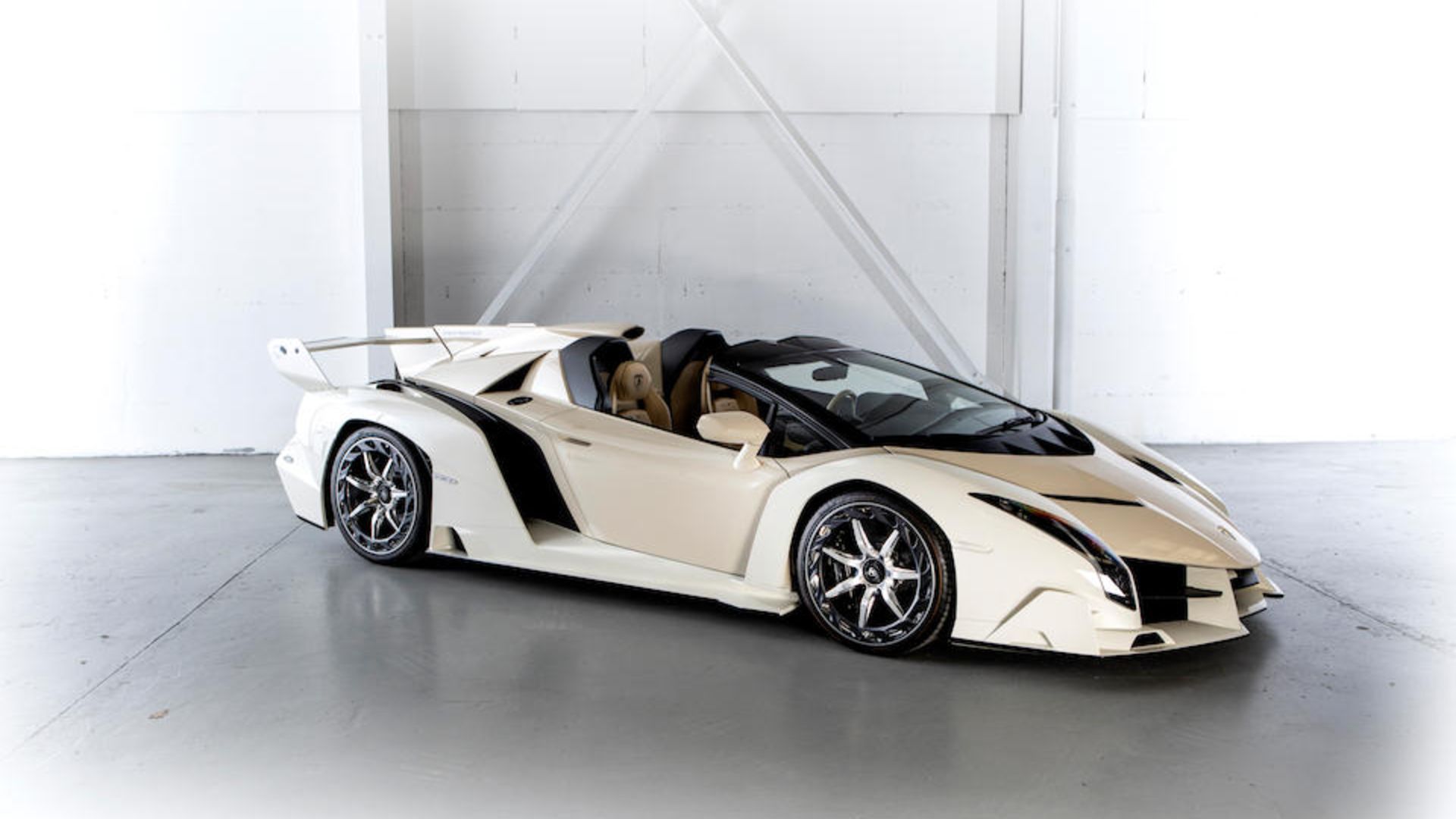 Looking quite subtle amongst this assortment of hypercars was a Ferrari F12 TdF. Yet not all dictatorial leaders had quite such extravagant tastes when it comes to cars… 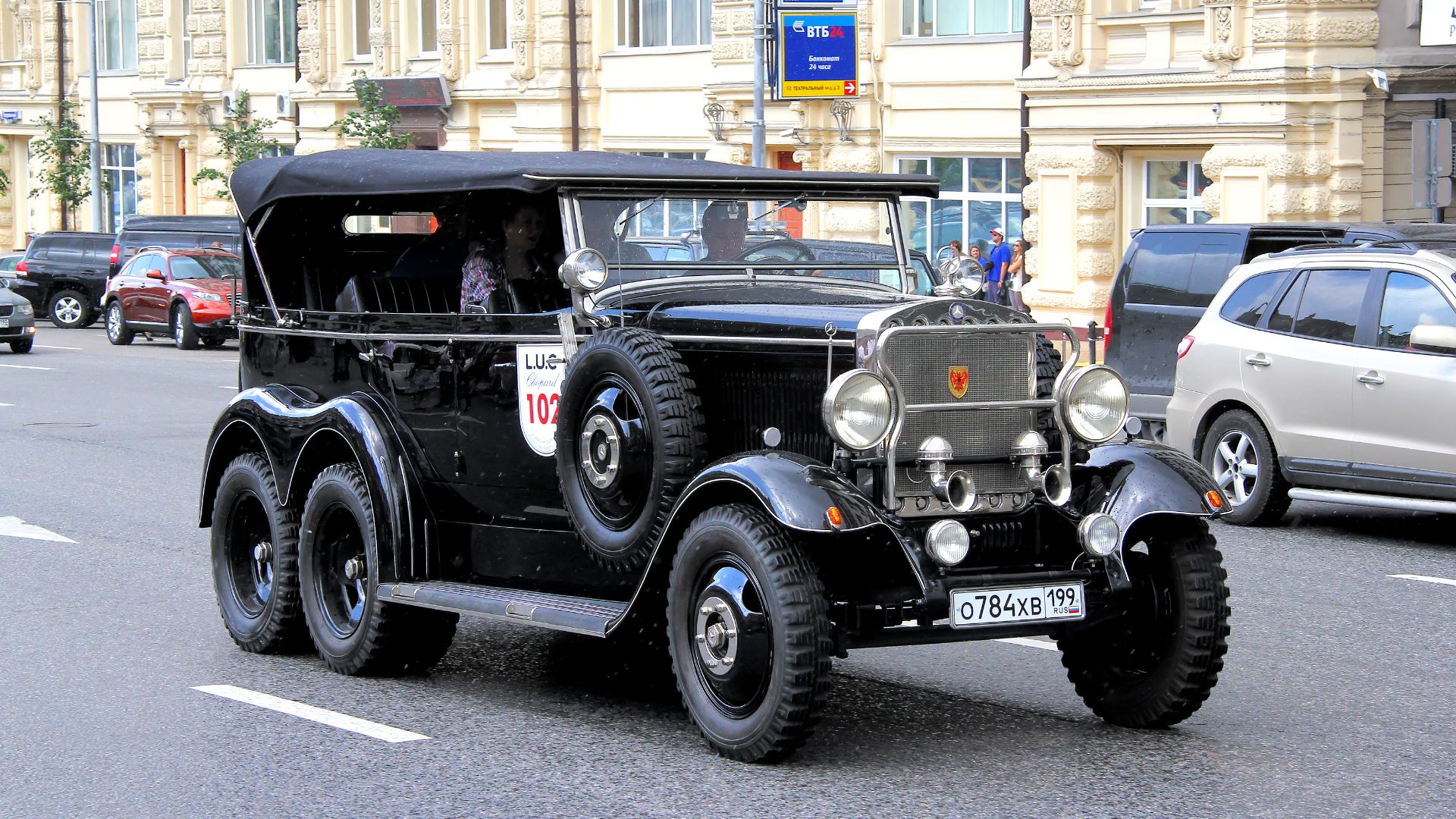 Perhaps the world’s most famous and infamous dictator, for reasons we don’t need to explain. Adolf Hitler’s chariot of choice was a Mercedes-Benz W31 Type G4. This was a three-axle military off-roader, designed almost exlusively to cater to Nazi leaders. It’s one of just 30 made. 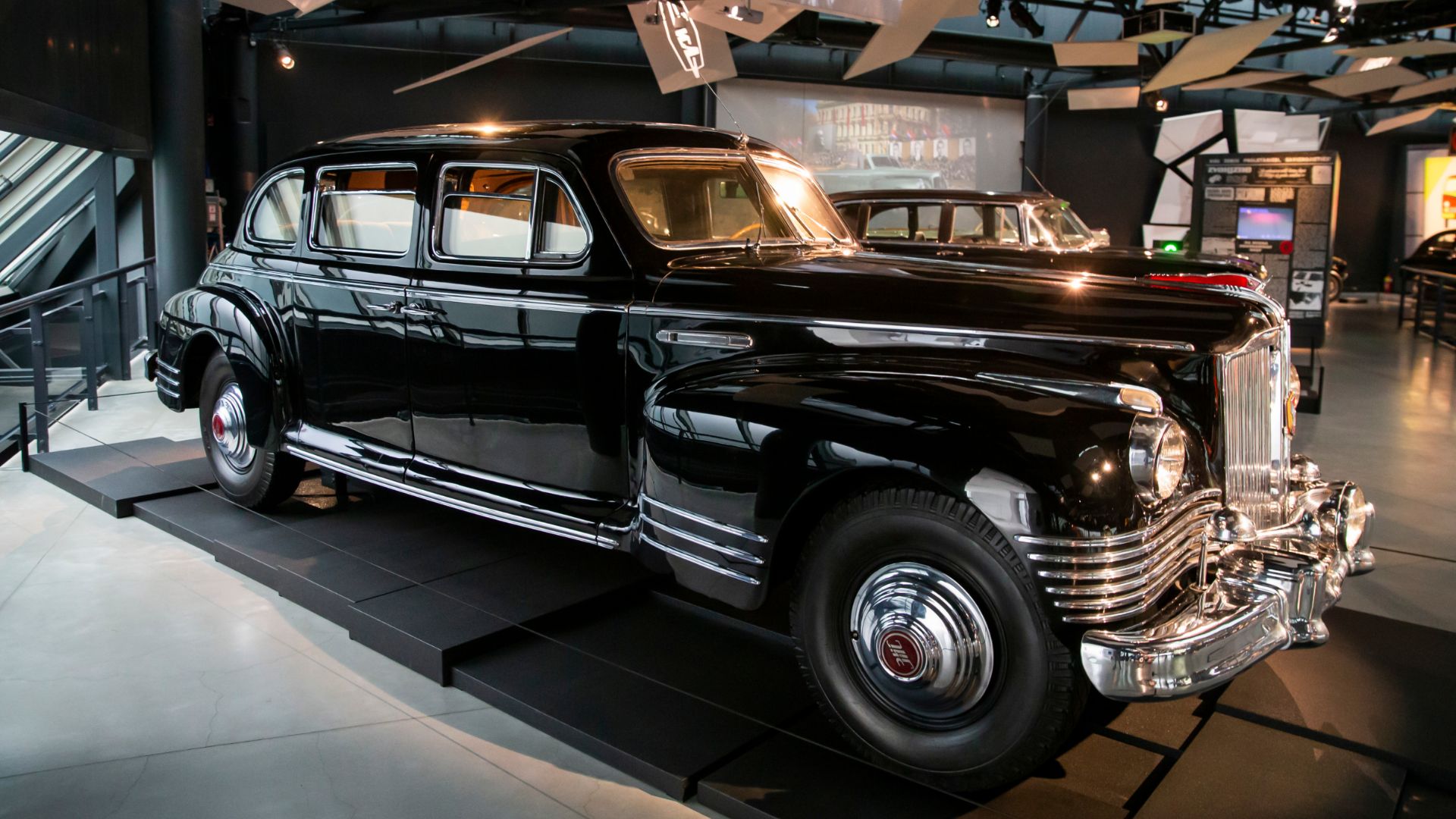 Following the defeat of Hitler and the Nazis in World War Two, Soviet dictator Josef Stalin was sometimes ferried around in the homegrown ZIS-115. This eight-tonne armored monster was produced between 1946 and 1947. The paranoid Stalin wouldn’t use any of the 32 cars made for more than two days. 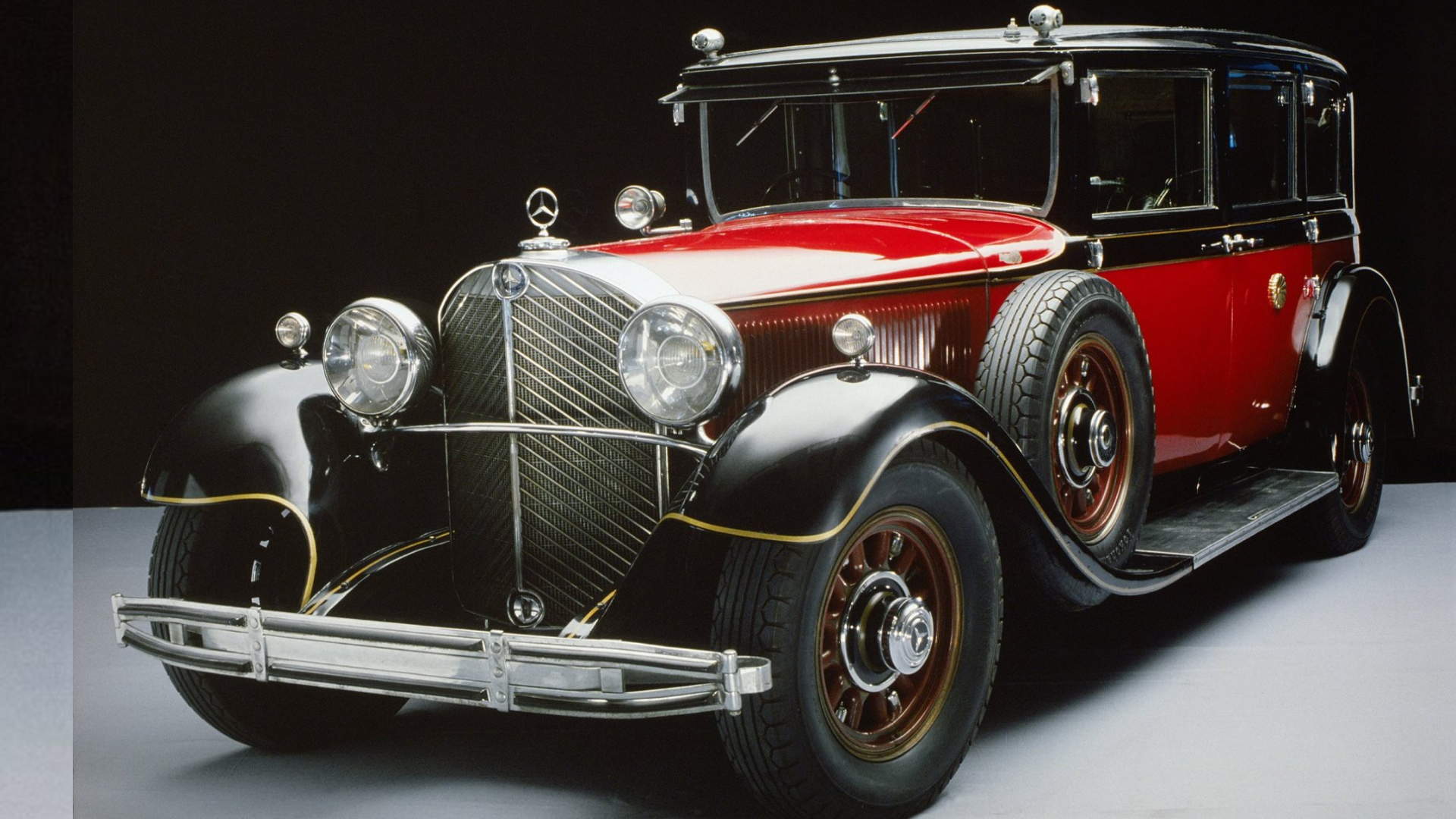 In 1935, Japanese Emperor Hirohito received an armoured Mercedes 770 Grand Pullman Limousine. Given Japan’s alignment during the war, you can probably guess who facilitated the acquisition. The Pullman’s ‘Kaiserwagen’ nickname says it all. 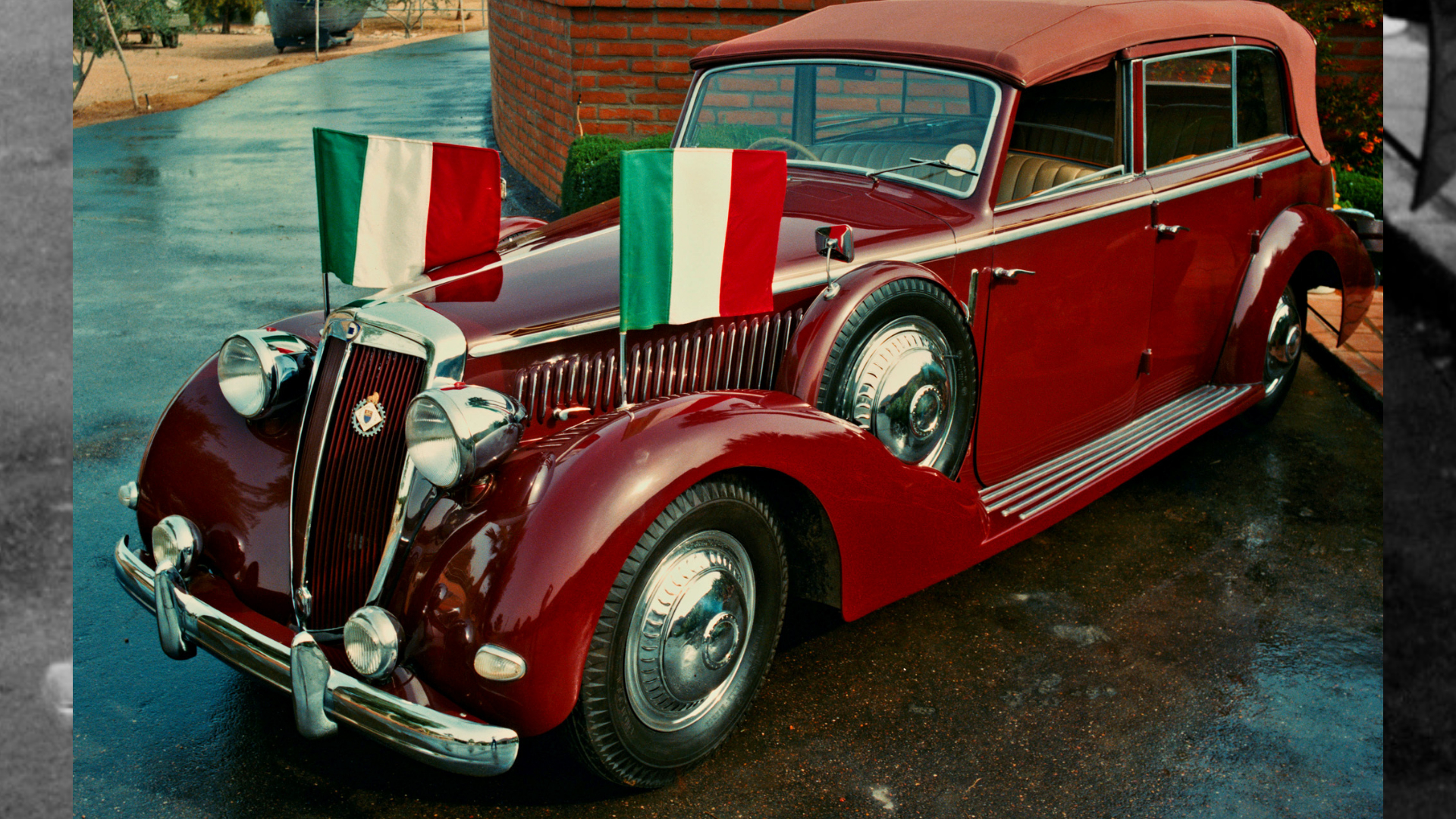 Italian dictator Mussolini was more patriotic in his choice of cars. A succession of Lancias is topped by his special-commission Astura models, including cabriolets for parades and a streamlined version for his private collection. 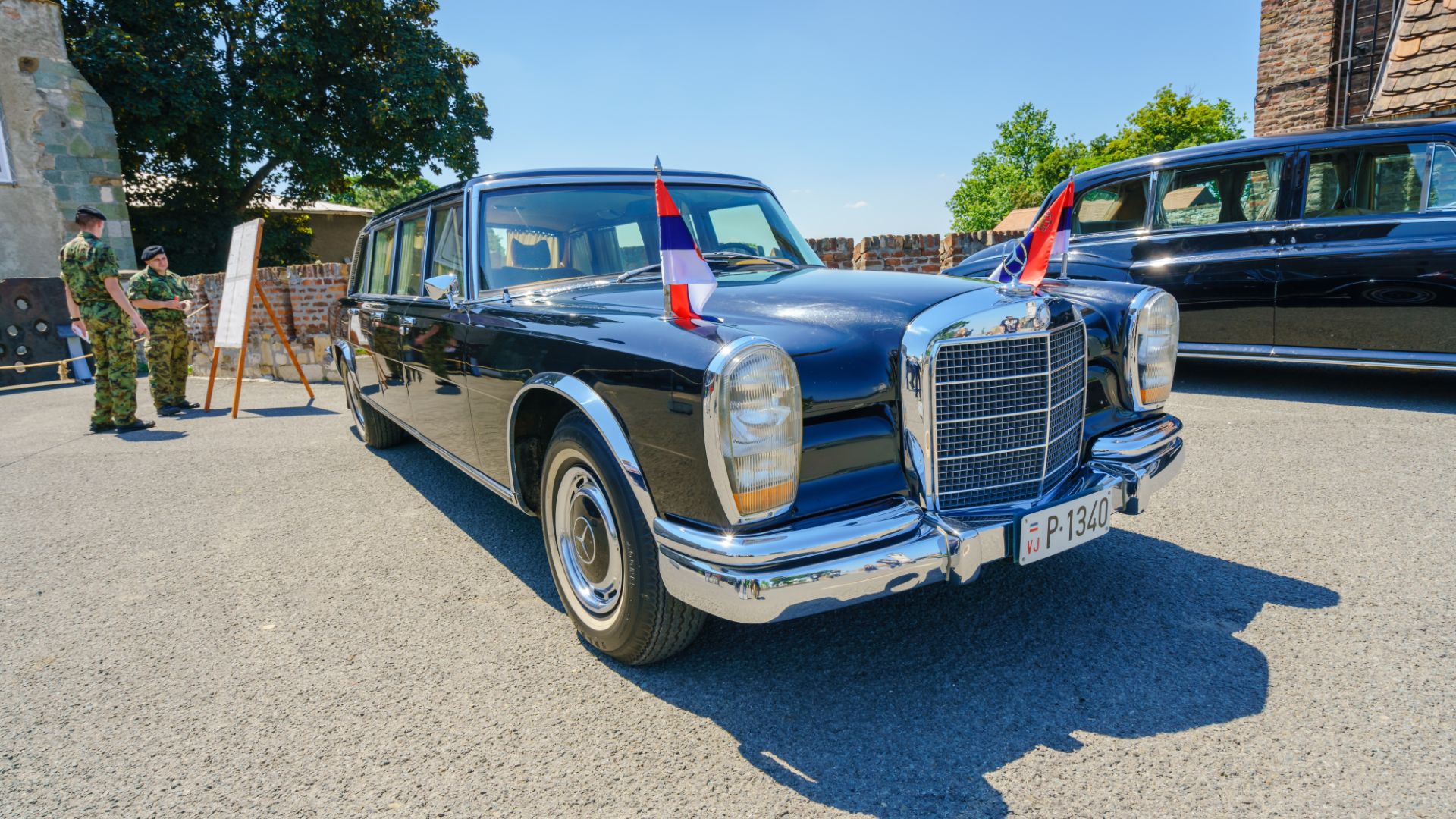 Yugoslavian dictator Josip Broz Tito is considered the figurehead for one of the world’s only ‘successful’ communist dictatorships. In his time as the Yugoslav president between 1953 and 1980, Tito frequented the back seat of many specialised Mercedes-Benz limousines. As is becoming apparent, the three-pointed star is a firm favourite of some of the world’s most divisive leaders. 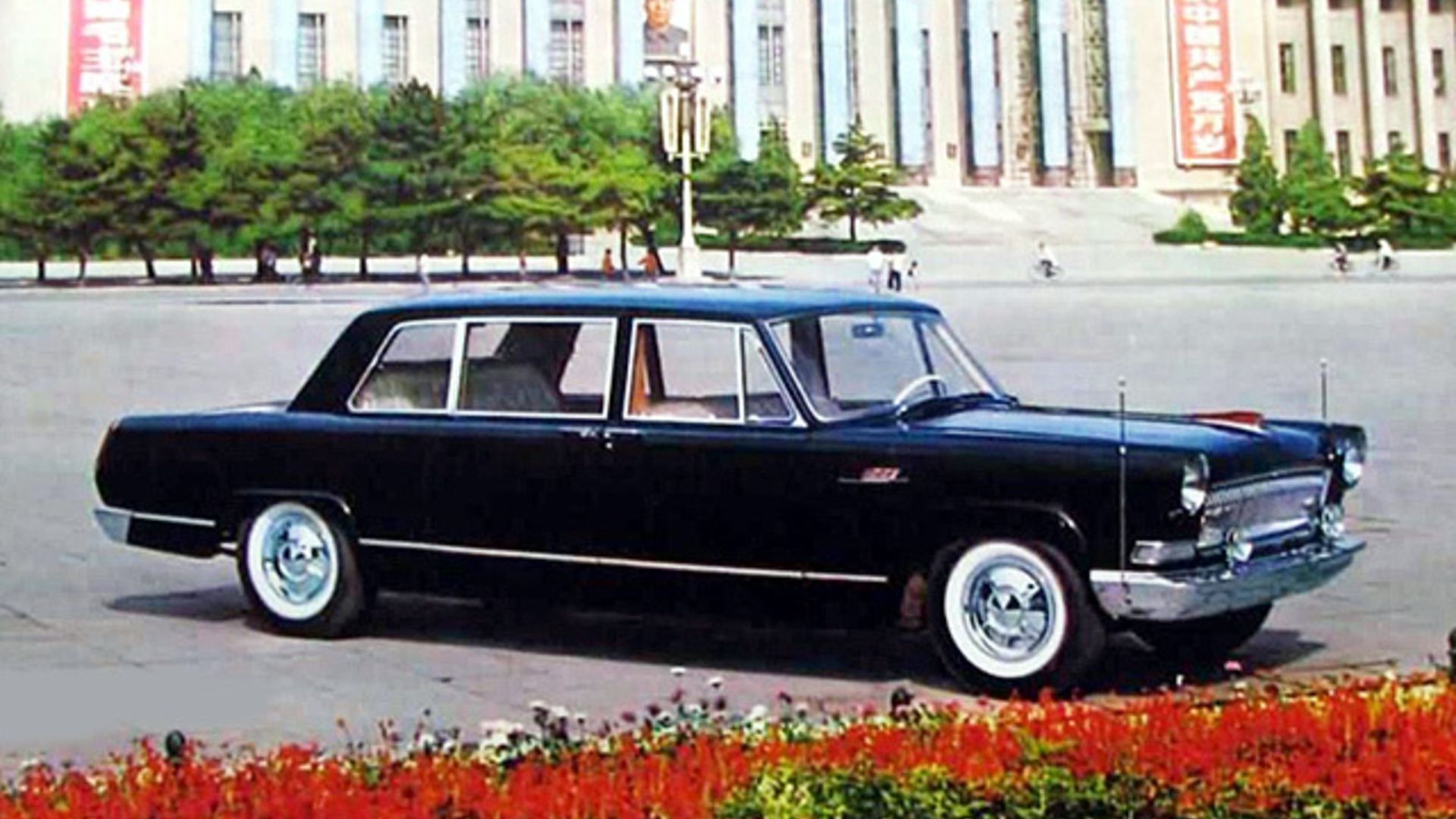 Chinese dictator Chairman Mao chose a Hongqi Red Flag for his travels. The company that introduced the Red Flag in 1958 is now known as the China FAW Group. It built 1,500 of them in a 24-year production run. 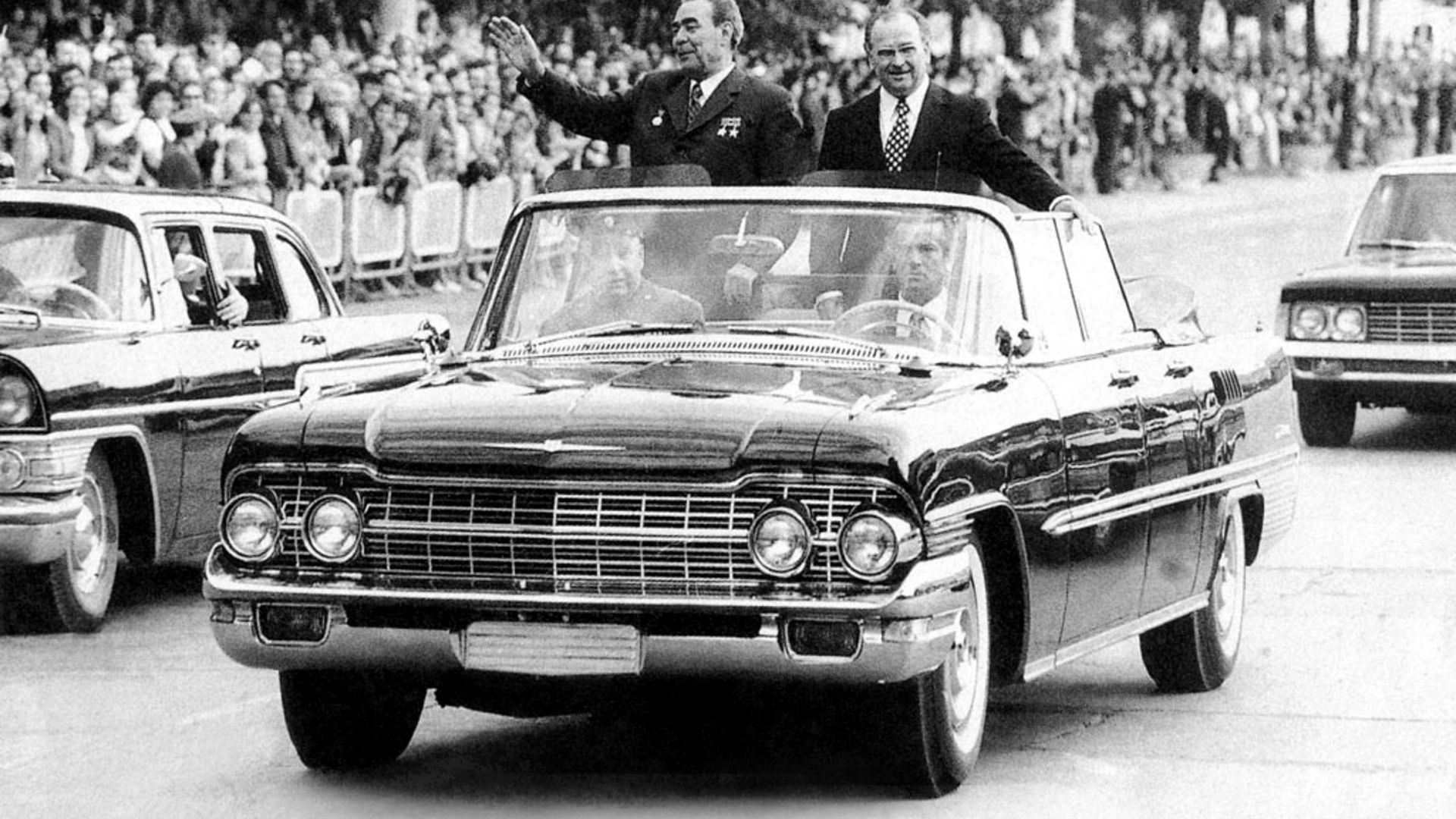 Cuban communist leader Fidel Castro was famously in cahoots with the Soviet Union, leading to the Cuban Missile Crisis of 1962. It also led to Castro becoming the proud owner of a 1963 ZIL-111 cabriolet limousine, as gifted to him by Soviet premier, Nikita Khrushchev. 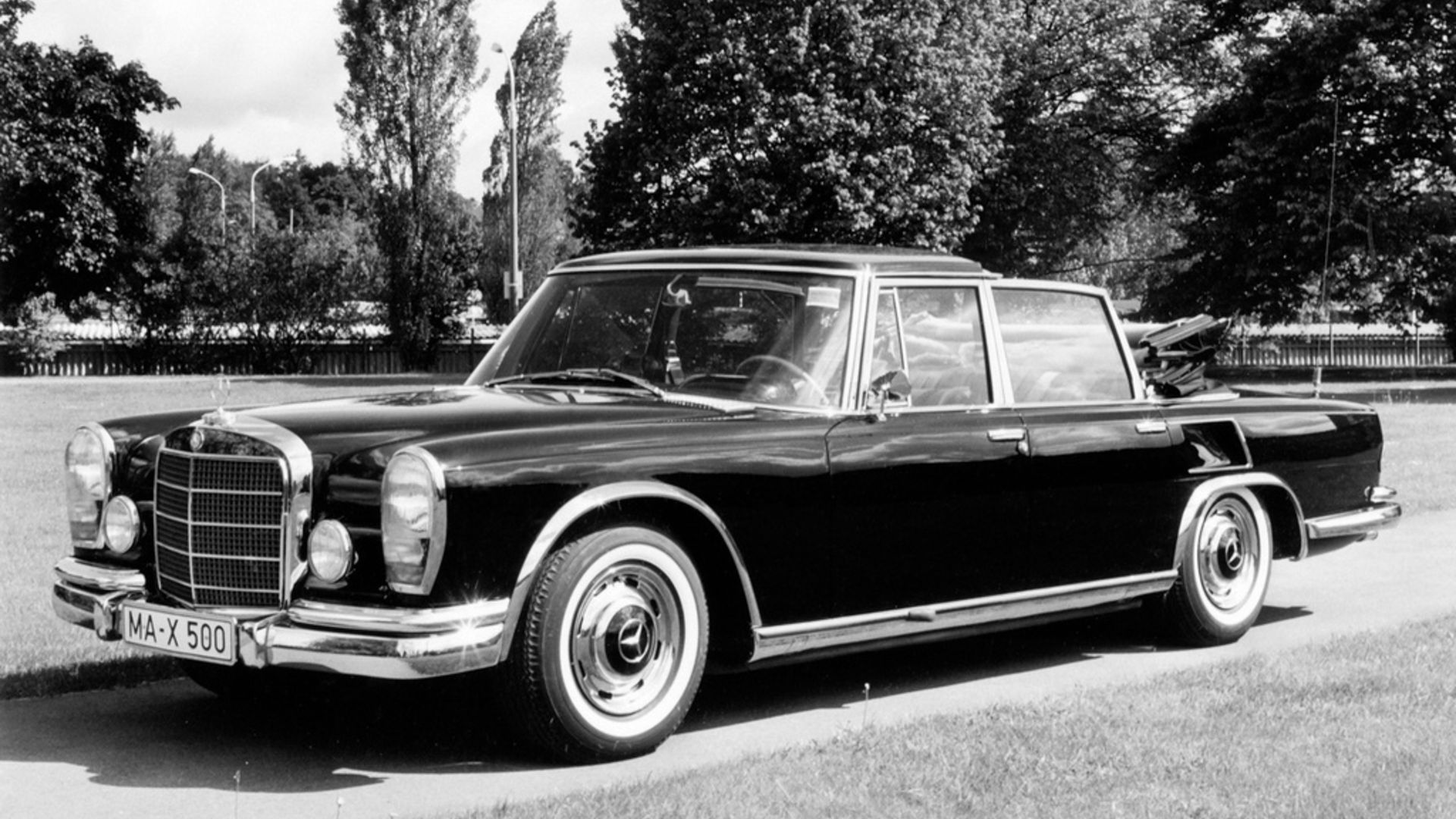 Kim Jong Il, deceased supreme leader of the Democratic People’s Republic of Korea – the self-given name of North Korea – was another Mercedes enthusiast. His patronage supports the popular view that the 600 Grosser was the ultimate dictator’s car. 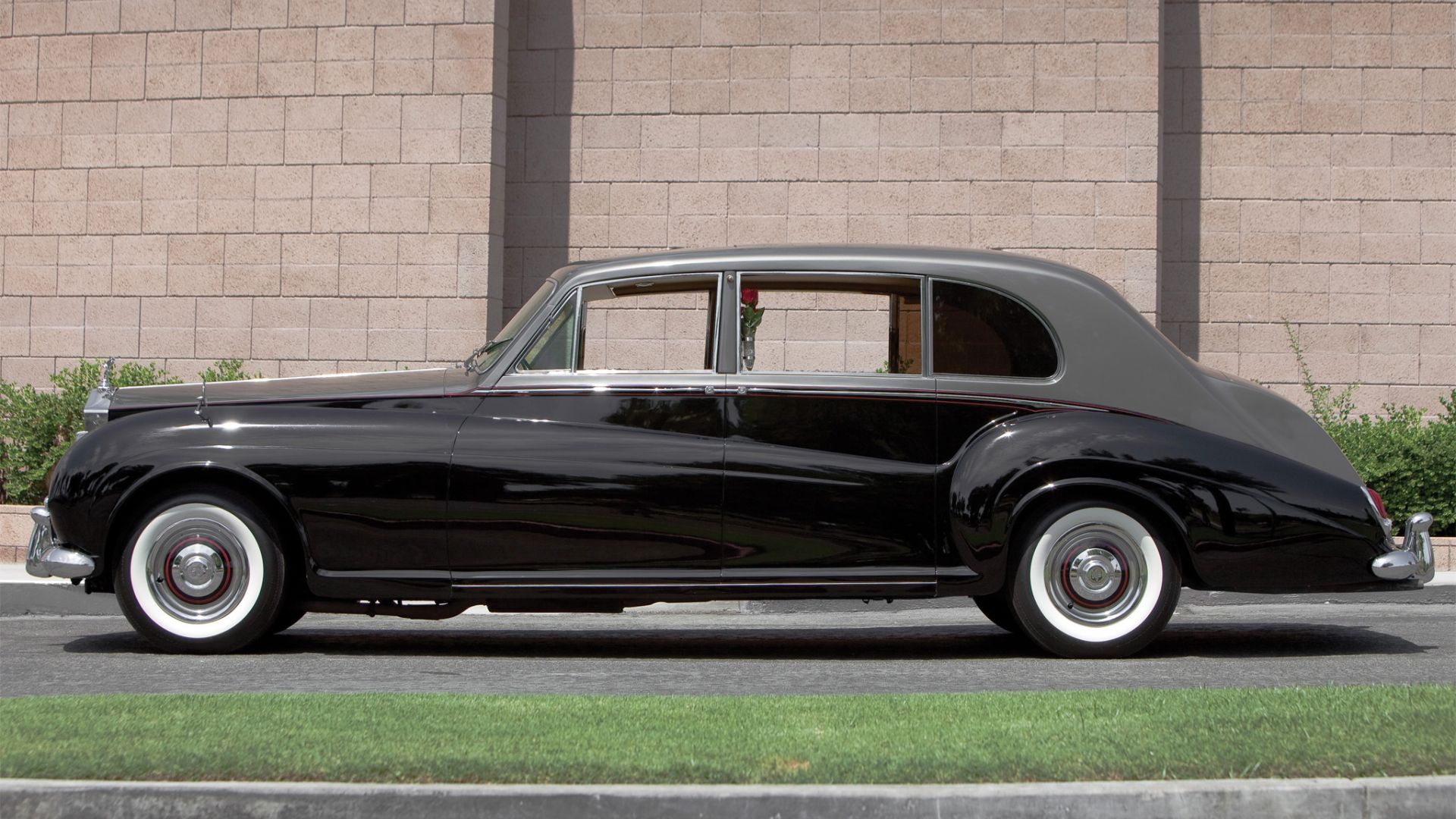 Zimbabwean dictator Robert Mugabe seemingly wanted to make more impact than even a Mercedes 600 was capable of. In spite of his open criticism of the West, and Britain in particular, he was a sucker for a vintage Rolls-Royce. 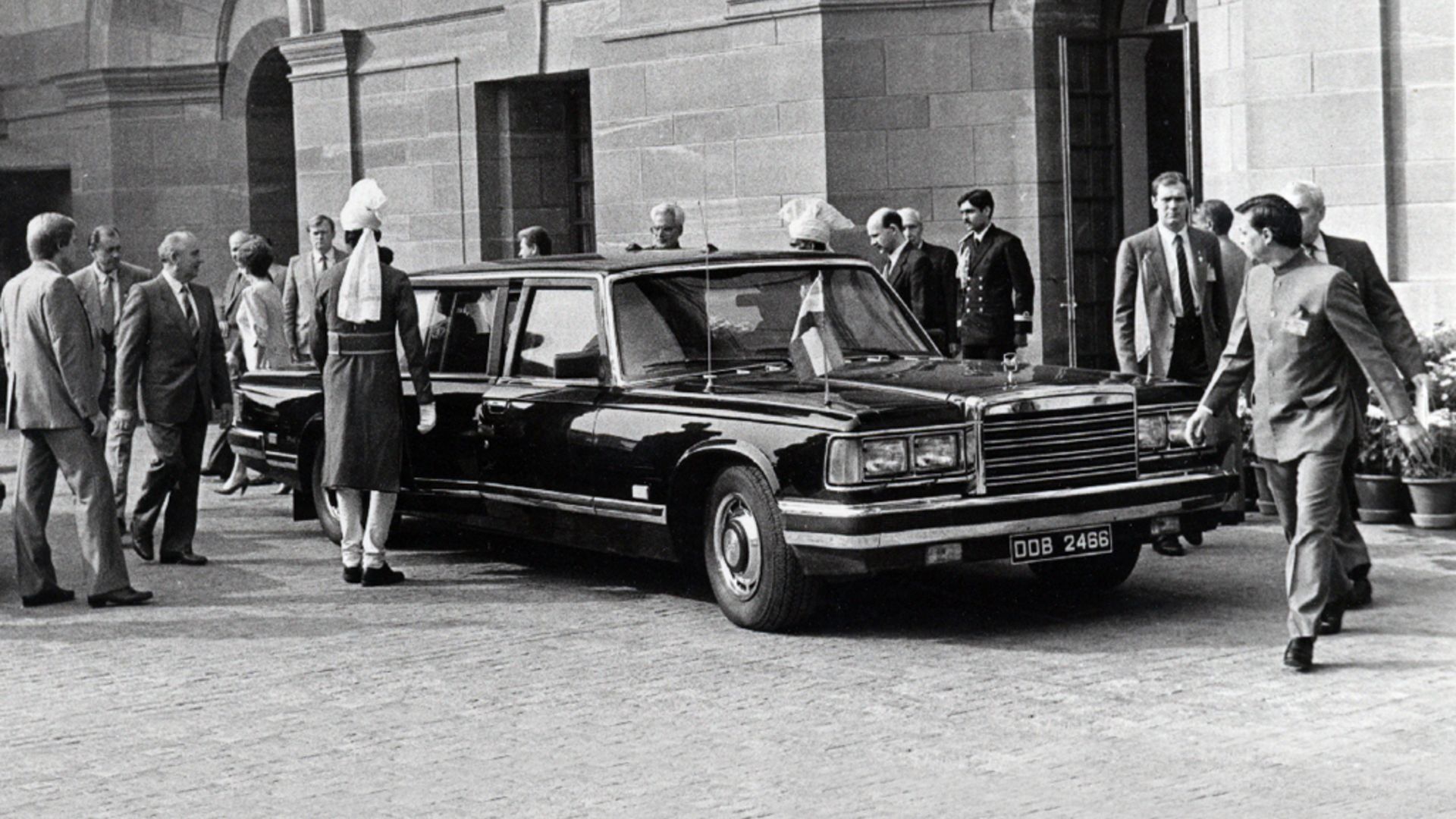 The last leader of the Soviet Union, Gorbachev stayed loyal to the ZIL marque. The 410152 limousine was on Russian government duty right up until 2007 – 18 years after its 1989 debut. Gorbachev actually disliked the Soviet elite having nice cars to waft around in, claiming they shouldn’t enjoy such privileges over and above the people of the USSR. 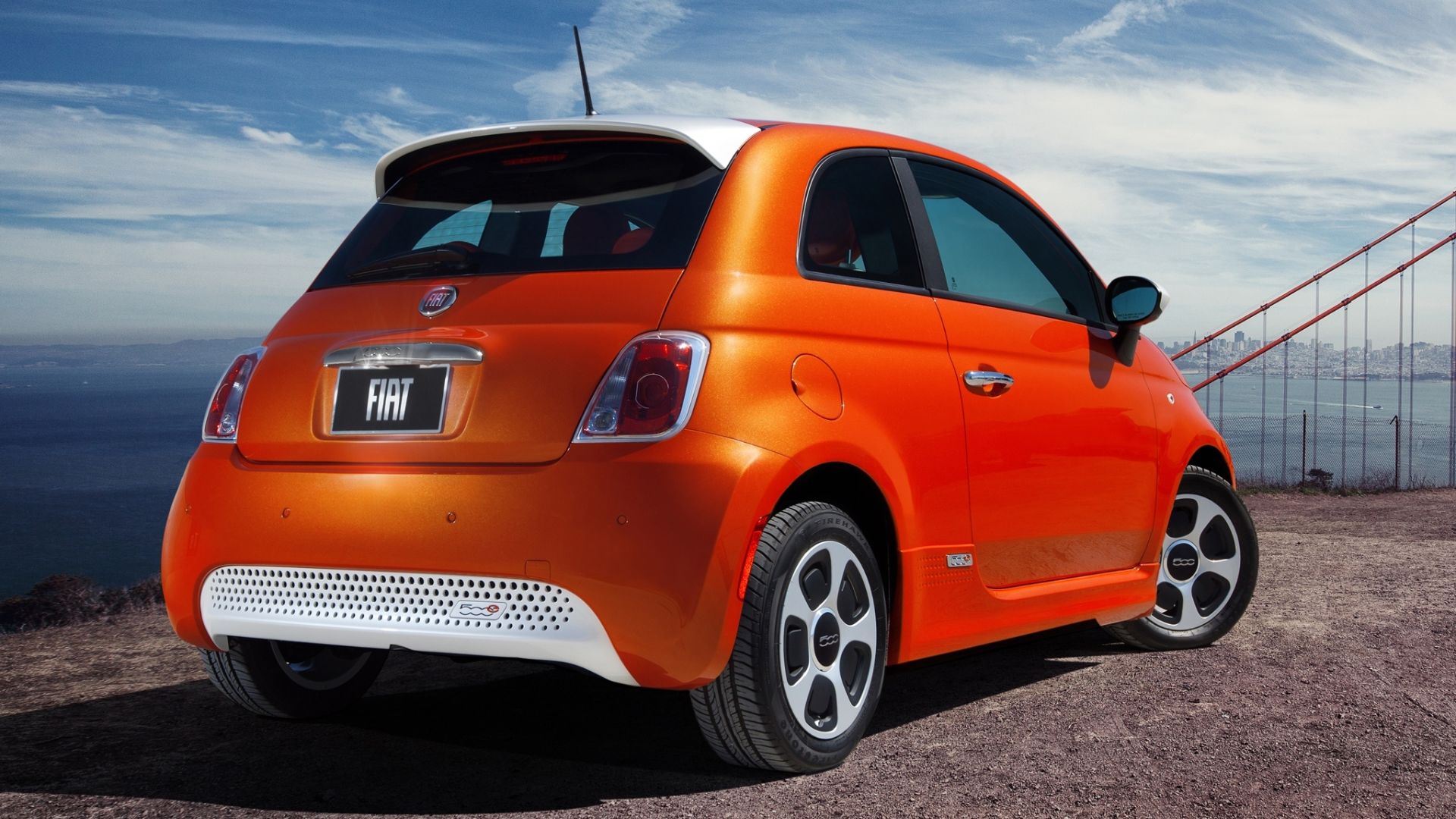 Gaddafi, tyrant as he was, did at least have the health and happiness of the planet at heart. He was allegedly a big collector of electric cars and other environmentally-friendly vehicles. He even commissioned Italian coachbuilder Castagna Milano to build a one-off electric Fiat 500. Fiat’s own electric 500 is pictured. Imagine it green, with no doors, and you’re almost there… 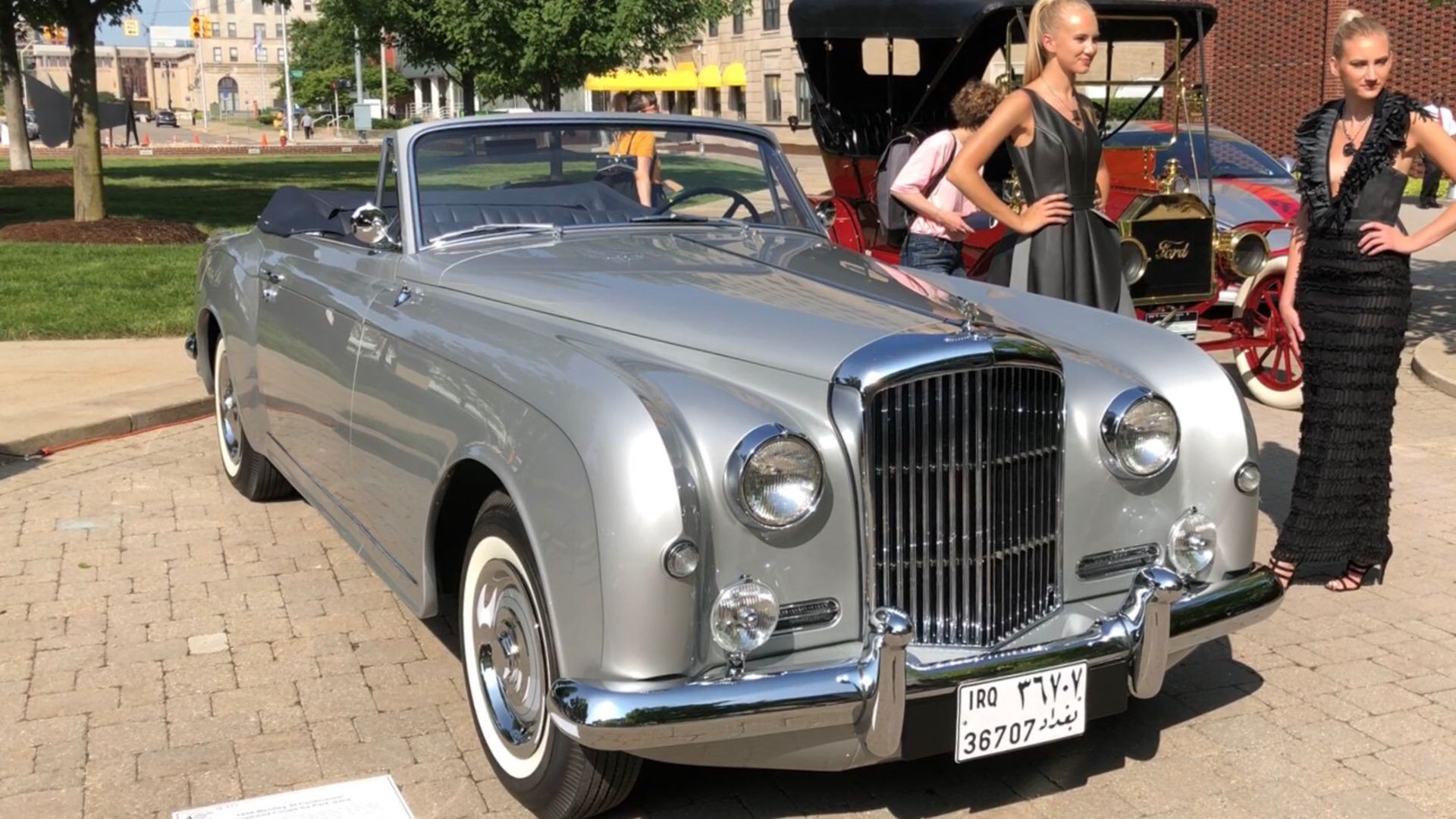 Iraqi dictator Saddam Hussain finds less fame than his son Uday for extravagant taste in cars. While Uday collected Ferraris and Porsches, Saddam preferred something more sedate. He confiscated a 1958 Bentley S1 Continental to join his Mercedes-Benz Grosser. Its owner wouldn’t sell it to him, apparently. 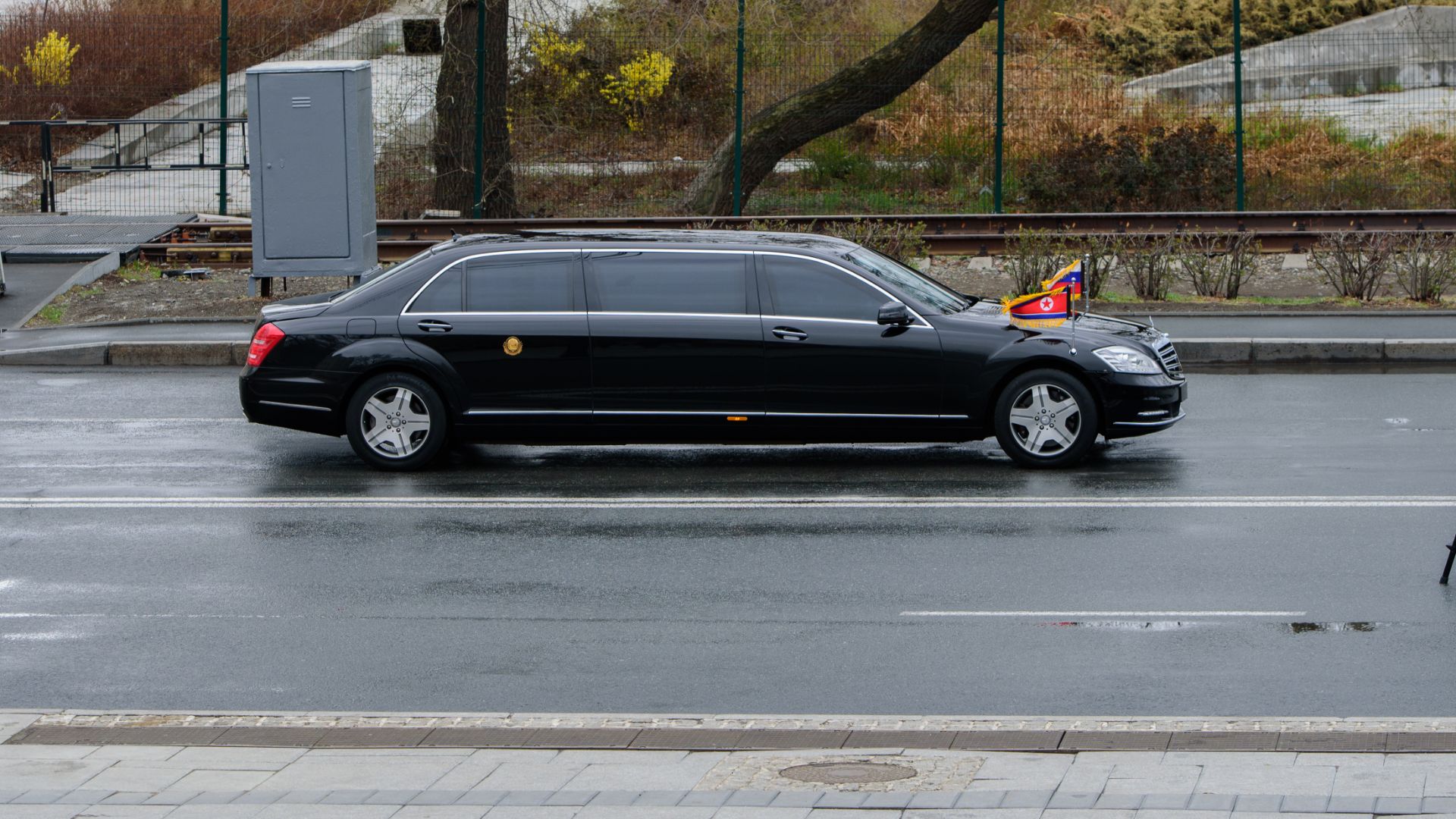 While depicted in the 2015 comedy ‘The Dictator’ as a lover of expensive motors, there’s little conclusive evidence of Korean Kim Jong Un’s taste in cars. We expect he’s got a well-stocked garage, but his day-to-day wheels are modern equivalent of a Mercedes Grosser: an S-Class limousine.