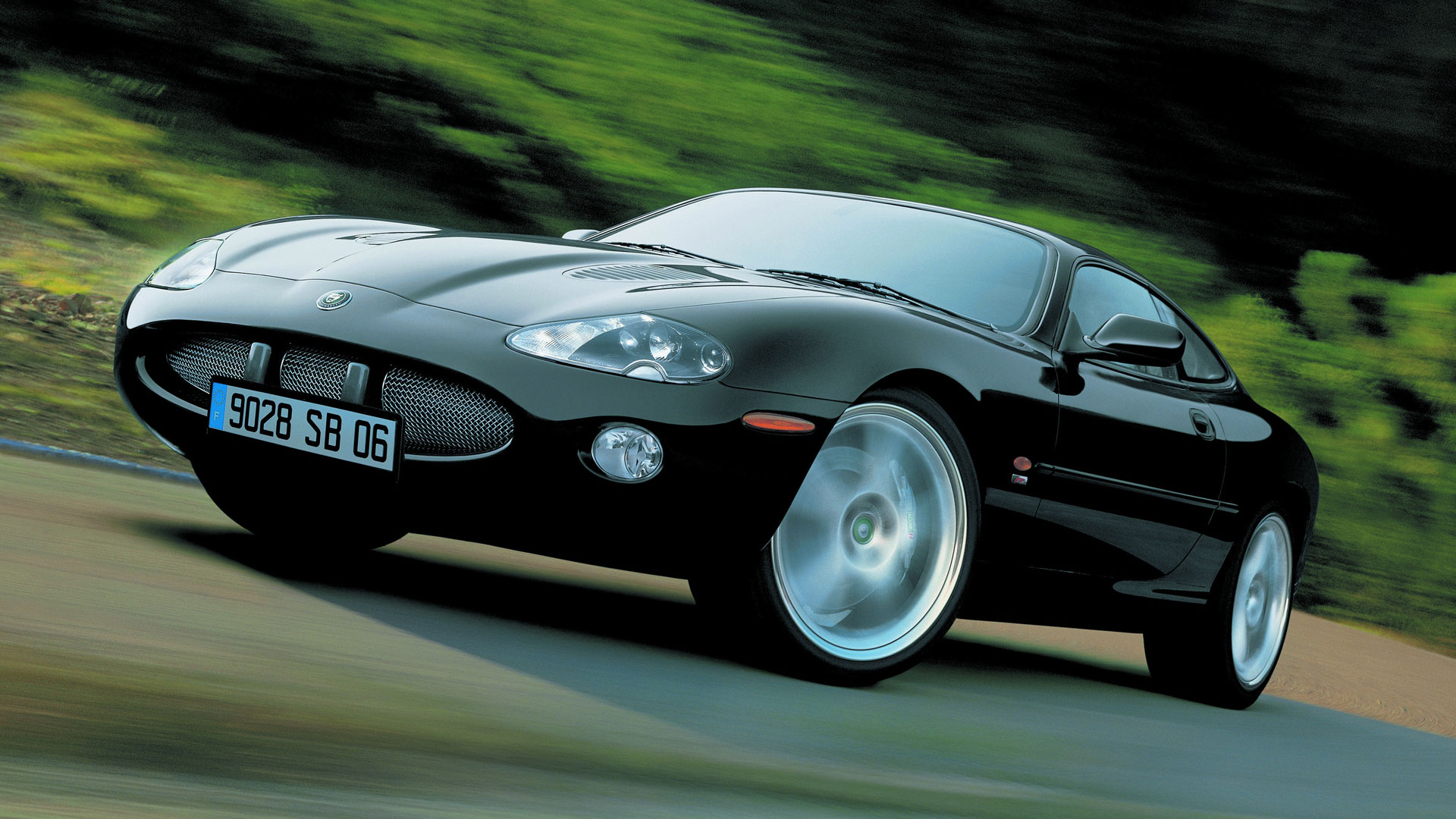 Owners of older British cars are less likely to be involved in a road accident than drivers of modern classics, according to data released by ClassicLine Insurance. Ian Fray, managing director of the insurance company, said: “Our customers with British classics, especially older models, appear to be involved in the fewest road accidents as reflected in the number of insurance claims.” Here, we reveal the vehicles with the highest accident claim frequency, followed by those with the lowest. The results are presented in reverse order. 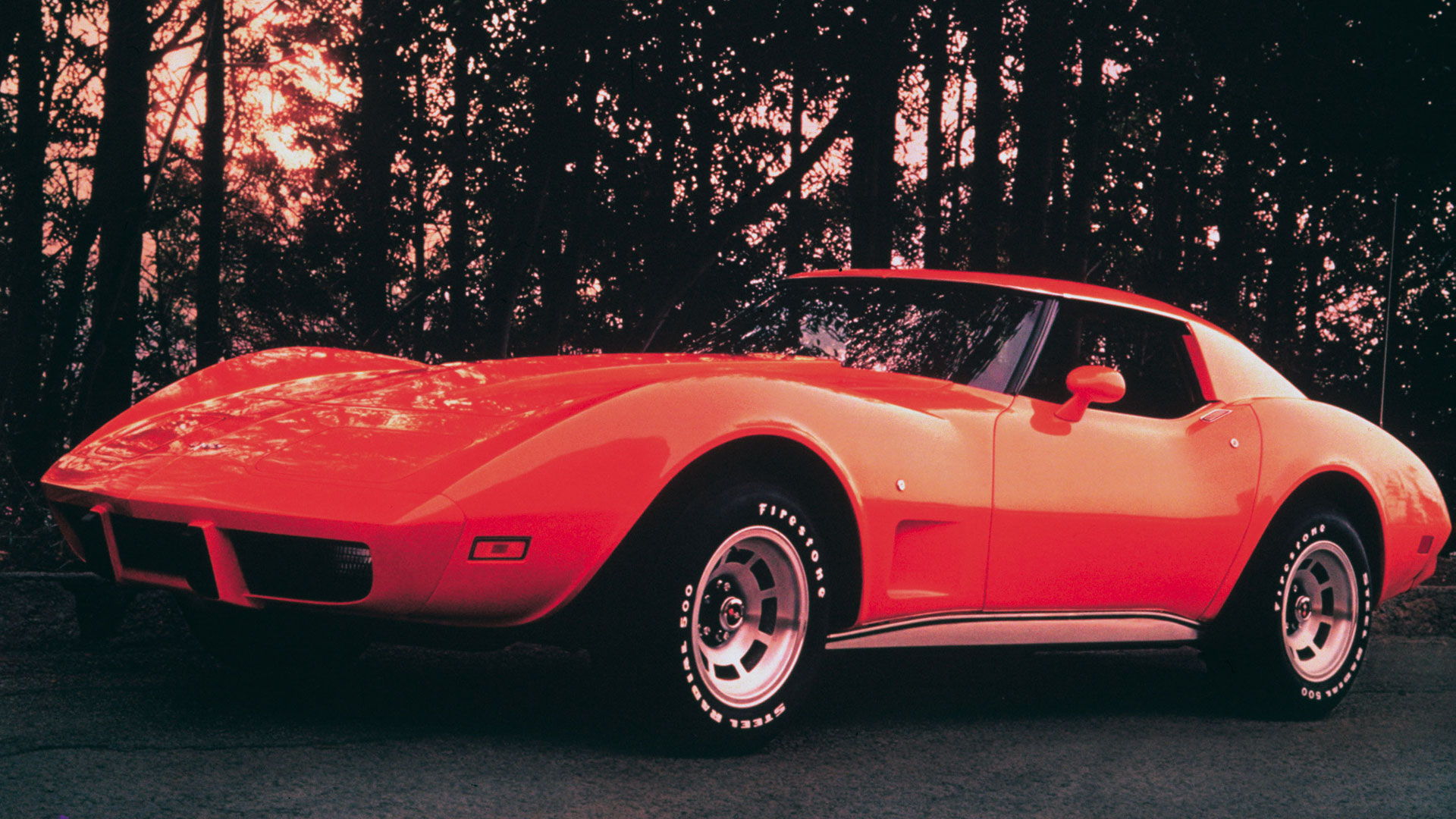 Perhaps it should come as no surprise to find the Chevrolet Corvette propping up the naughty list. The first Corvette rolled off the Michigan production line in June 1953 and it has been delivering all-American thrills ever since. 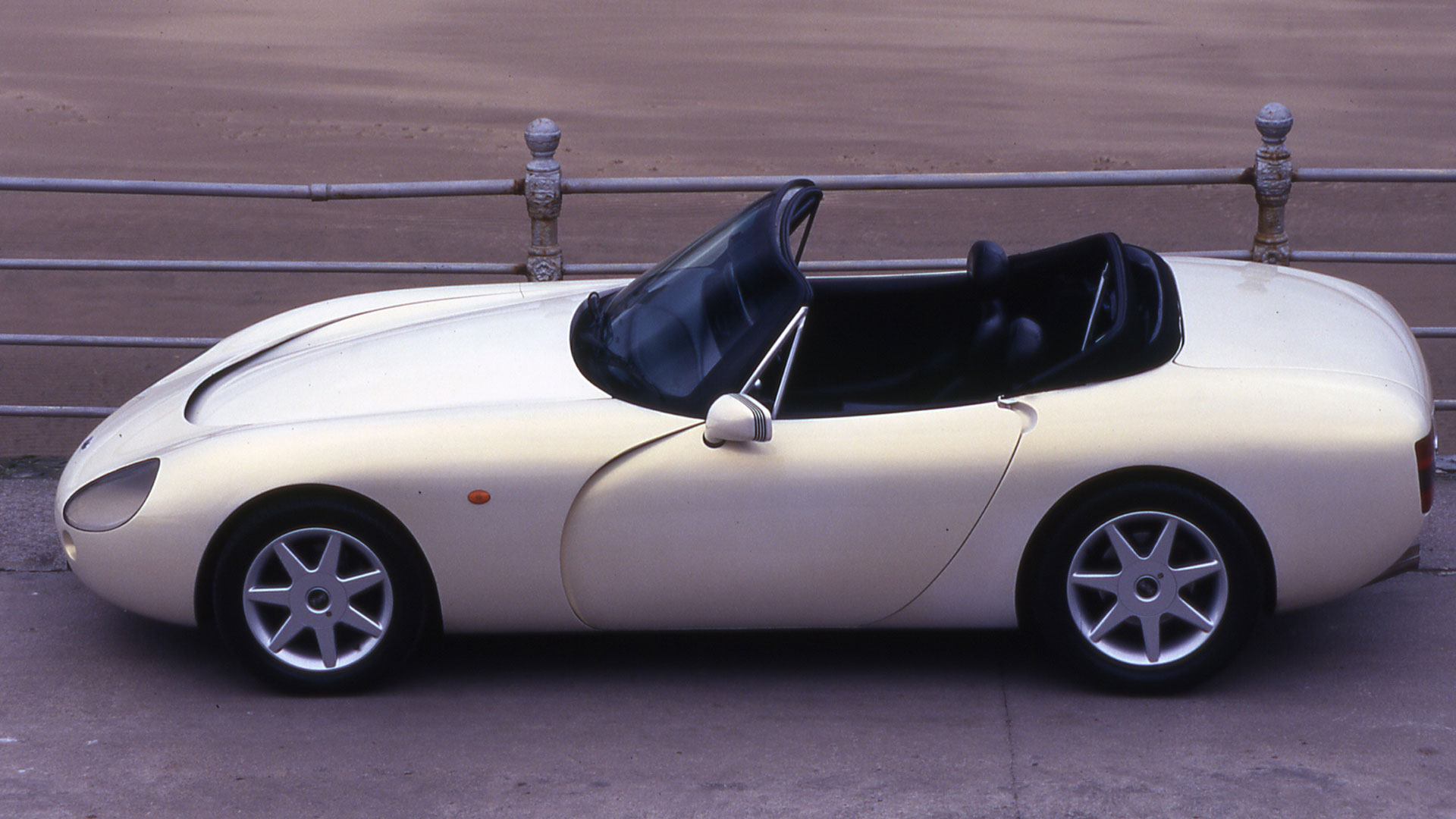 Arguably one of TVR’s most famous cars, the Griffith 500 was powered by a 5.0-litre V8 producing 340hp and 350lb ft of torque. By TVR’s own admission, it “required close attention, especially in the wet”, which is why it appears on the ClassicLine list. 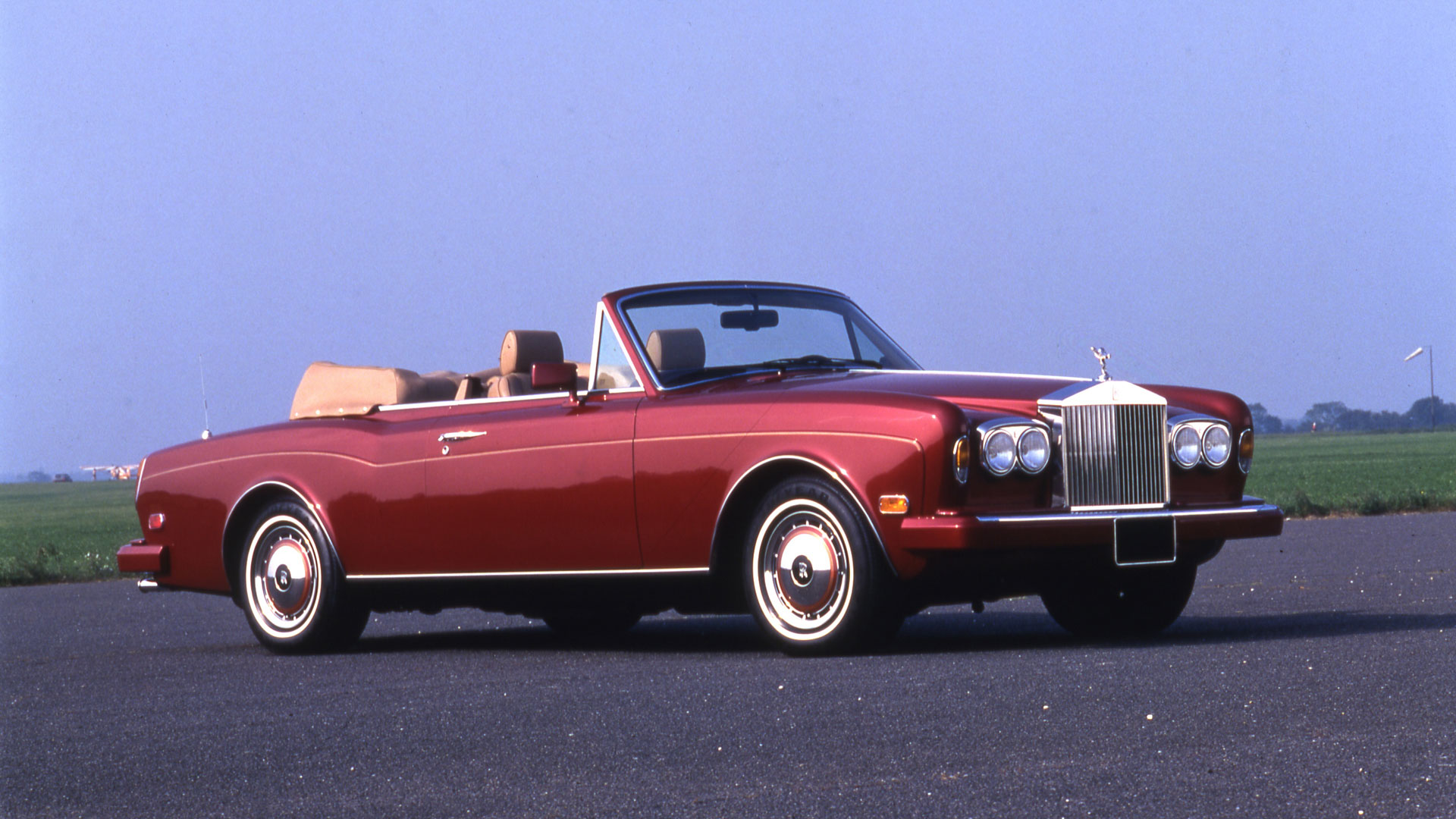 We’re not sure what a Rolls-Royce is doing here, because luxury cars tend to be driven with care and consideration. The Corniche is essentially a two-door Silver Shadow and it was, at its launch, Britain’s most expensive new car. 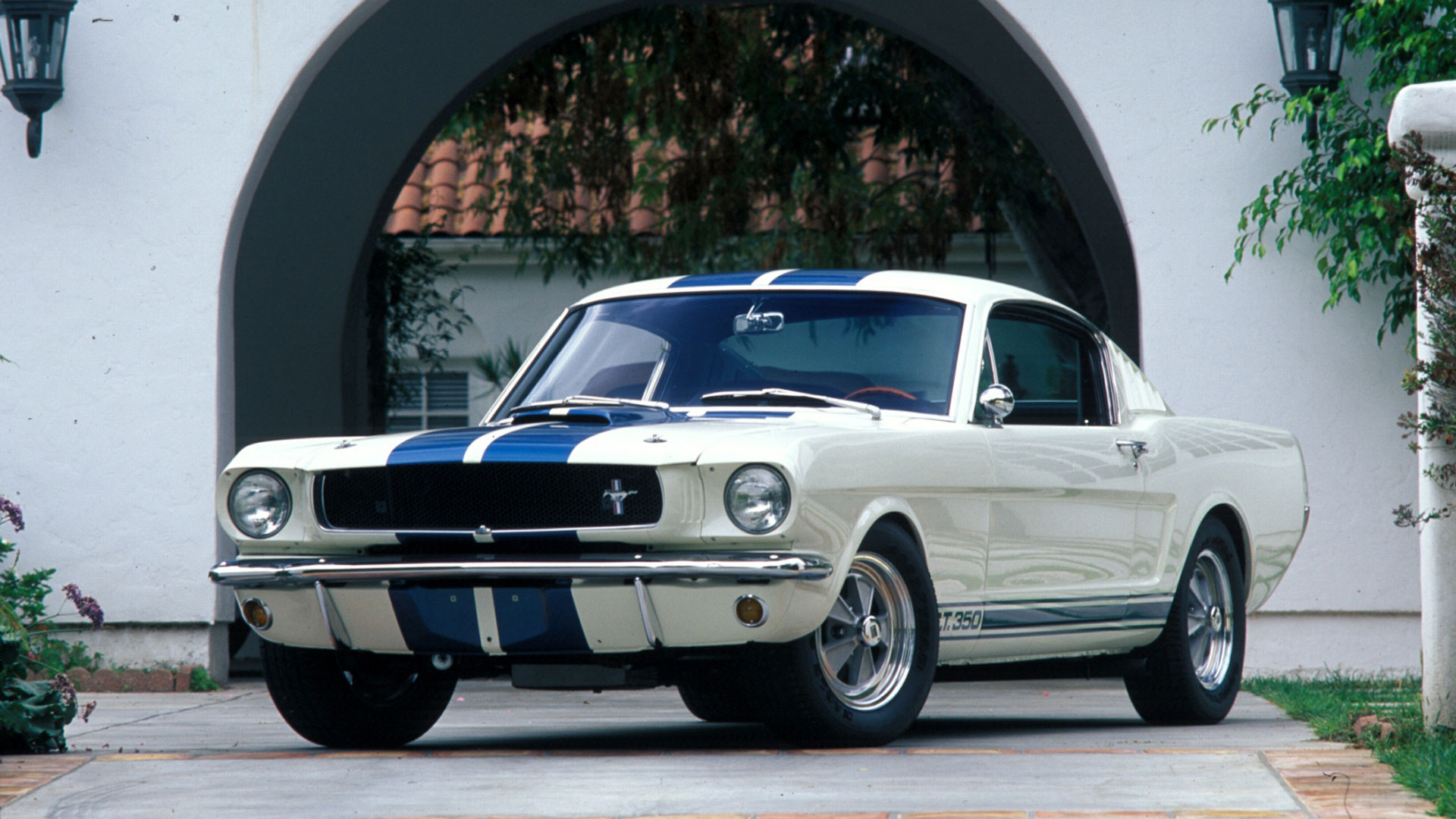 Until the launch of the current Mustang, Ford’s ‘Pony Car’ wasn’t officially imported into the UK. But for some car enthusiasts, a Capri or Probe just didn’t cut it, which is why so many Mustangs arrived on these shores. 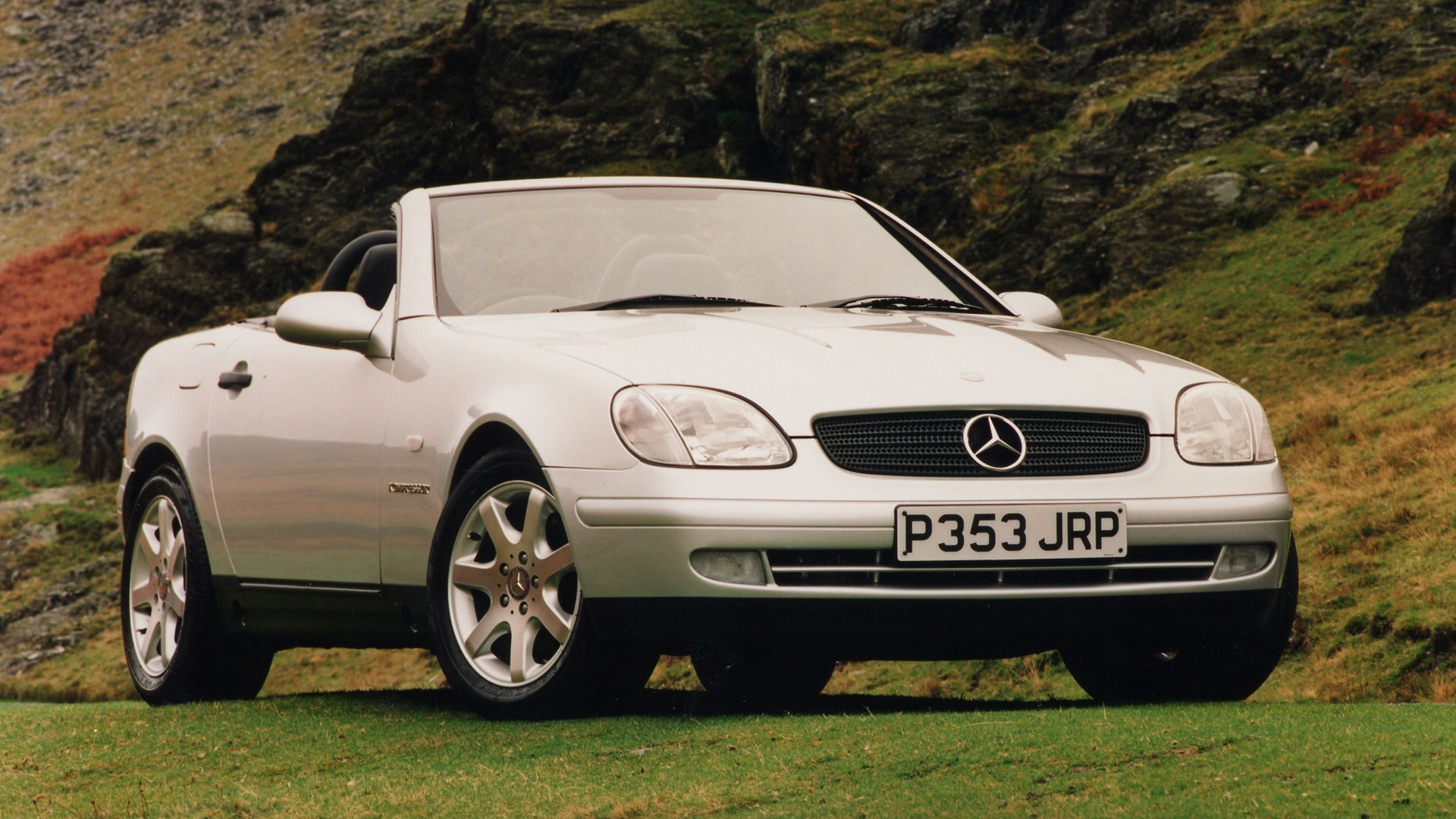 With a premium badge, an electric folding hard-top roof and German engineering, the Mercedes-Benz SLK is a popular modern classic. Amazingly, you can pick up a perfectly serviceable SLK for less than two grand, but with so many to choose from, you’d be advised to look at a few before you buy. 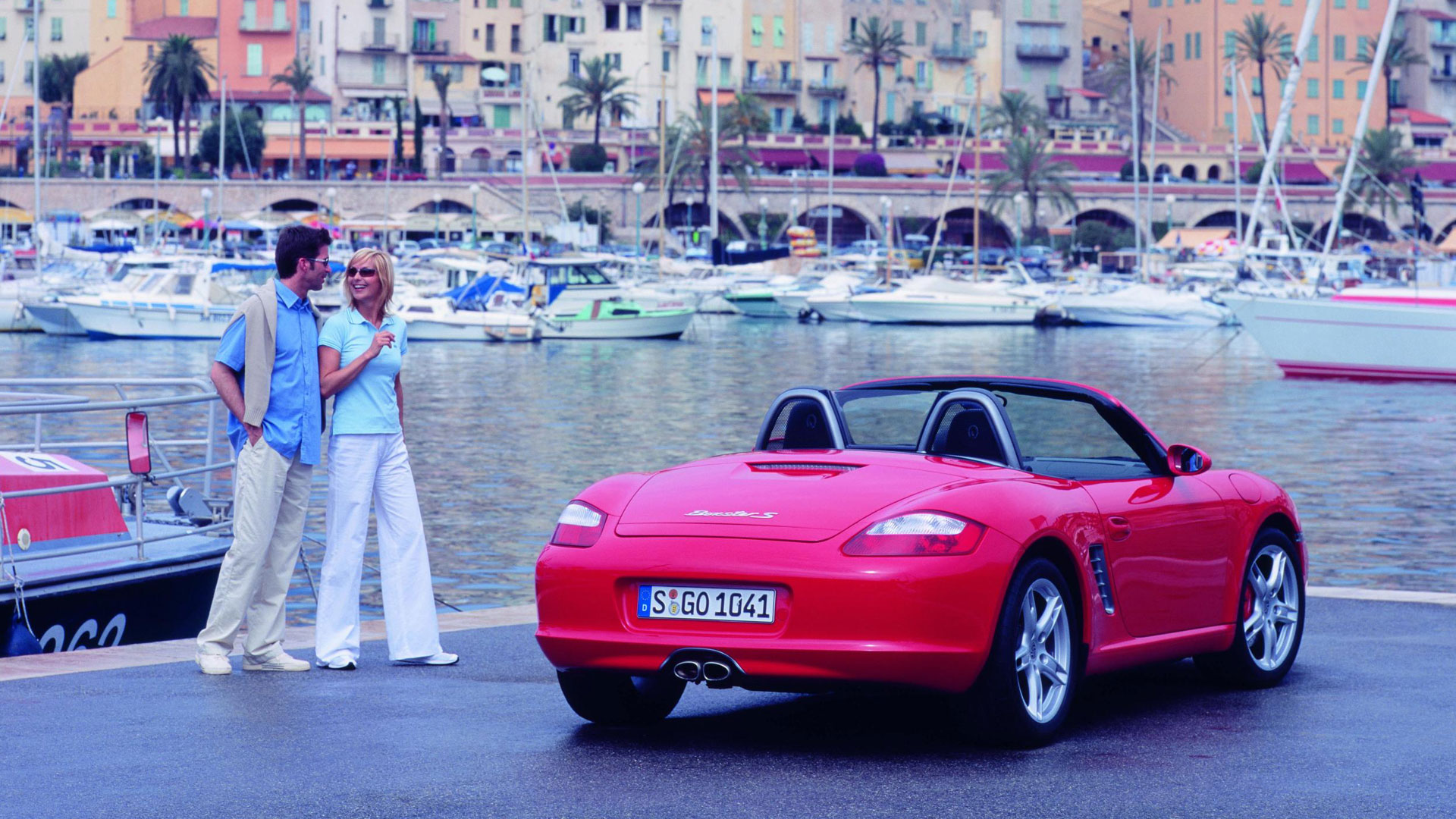 Unveiled in 1996, the Boxster was a sports car designed for those who aspired to 911 ownership but didn’t have the means to achieve their dream. The Boxster S arrived in 2000, with power sourced from a 250hp 3.2-litre engine. 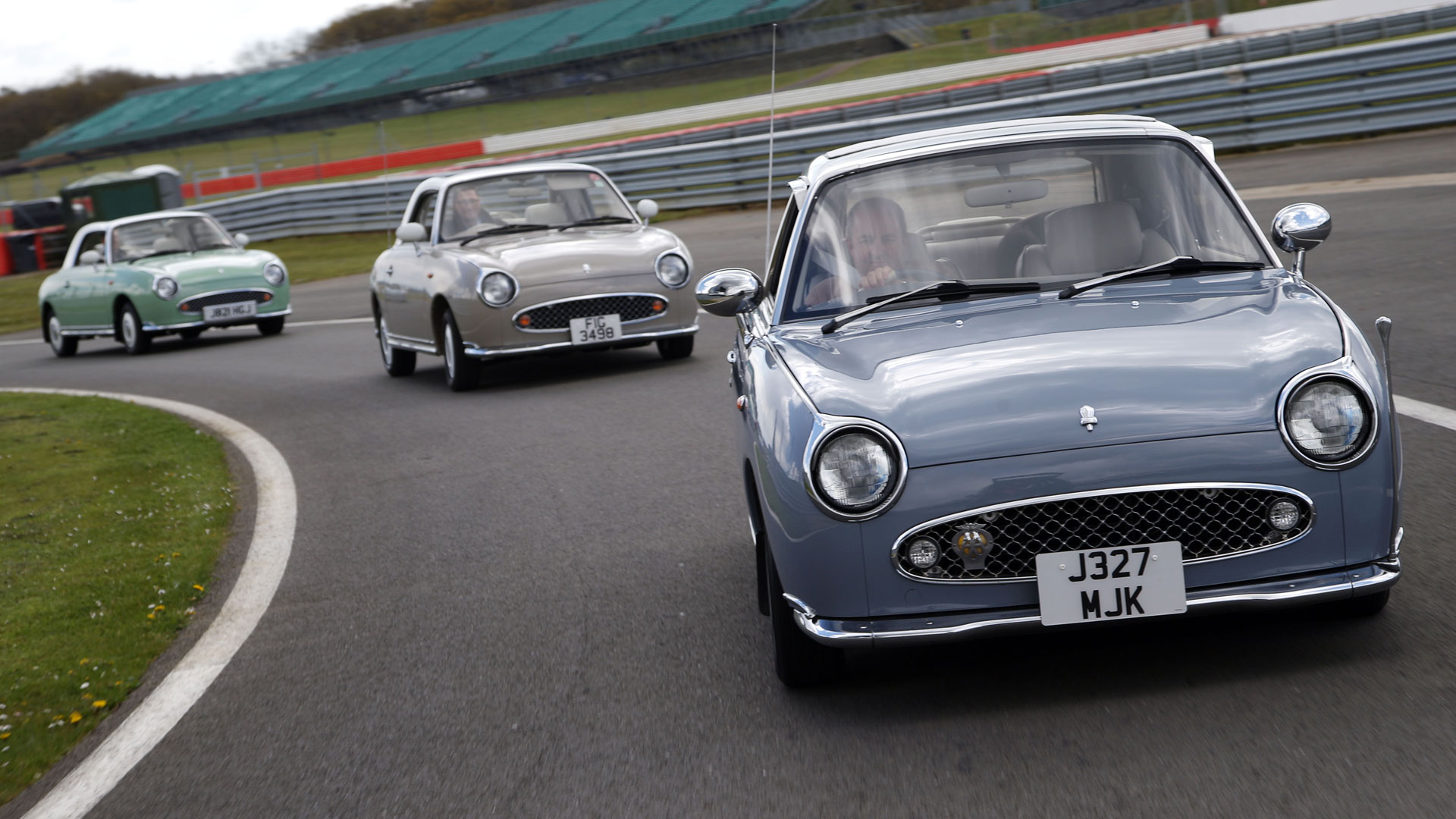 The Nissan Figaro was based on the humble Micra and built purely for the Japanese market. But its retro styling meant that it became a popular ‘grey import’, with hundreds arriving on these shores. A total of 12,000 were produced, so finding a good one shouldn’t be a problem. 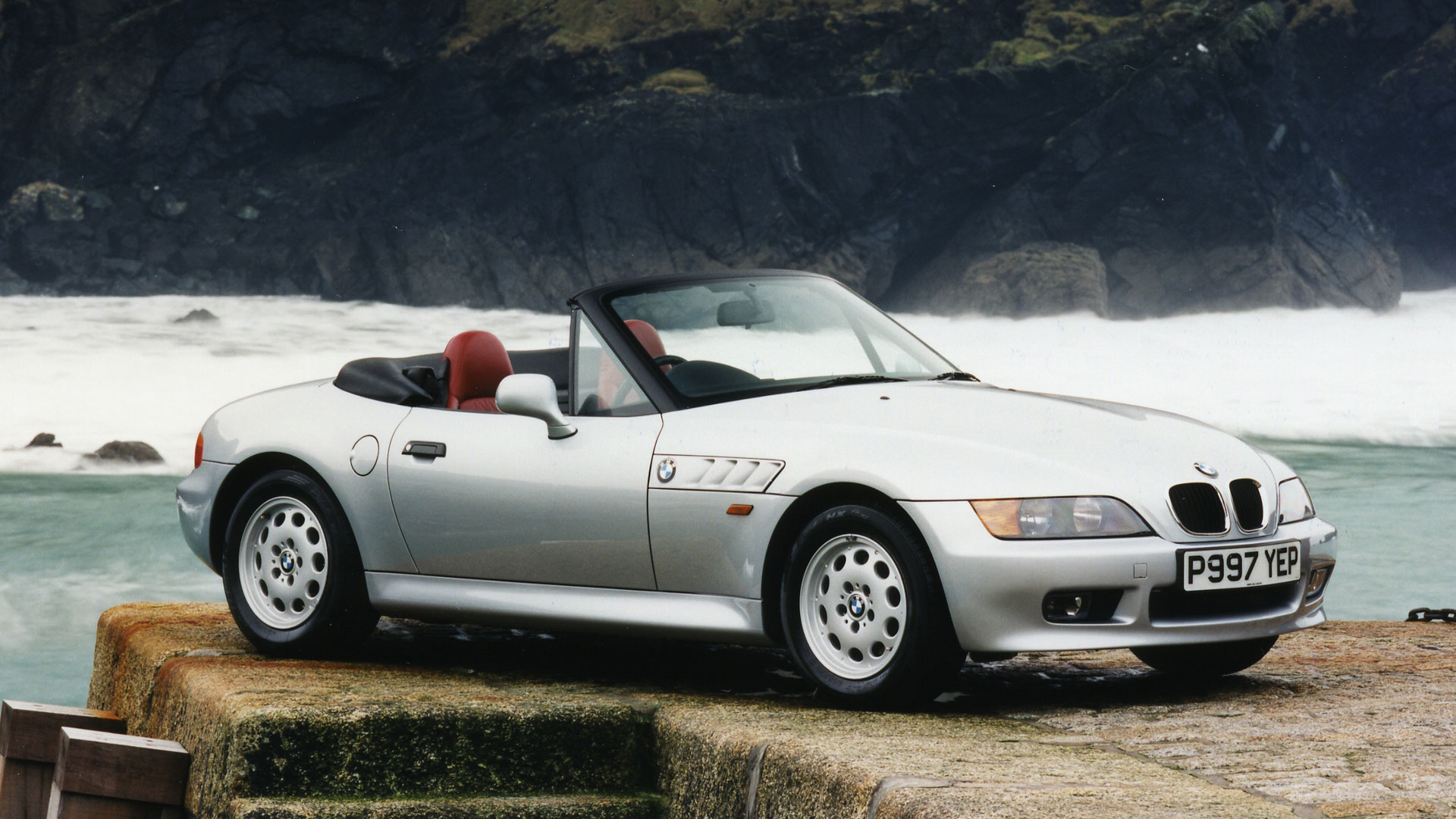 The Z3 completes the trio of two-seater sports cars that competed with each other around the turn of the millennium. In truth, the BMW sat somewhere between the precision of the Boxster and the soft focus of the SLK. A role in Goldeneye shot the Z3 to stardom. 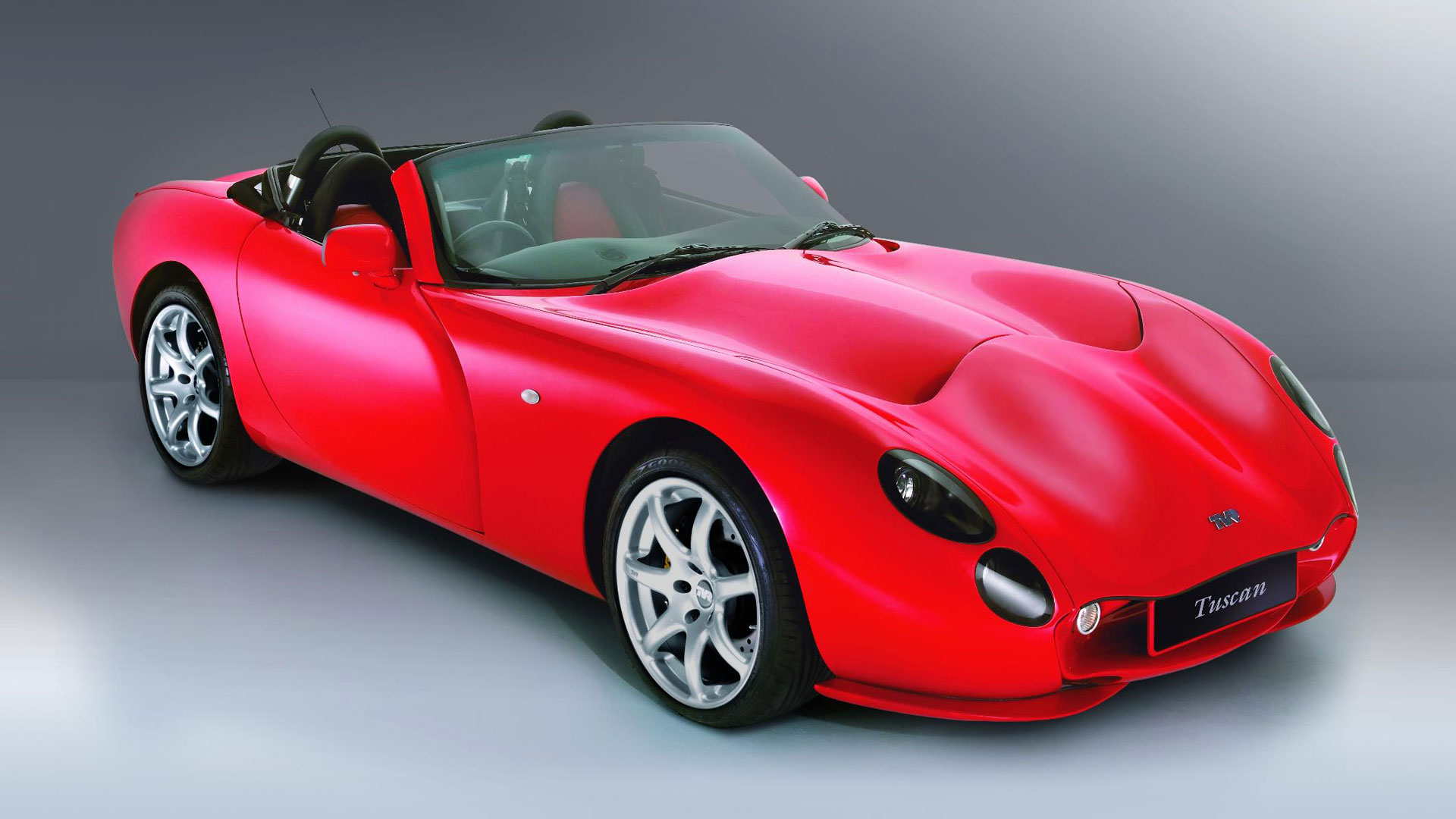 Speaking of film connections, a TVR Tuscan starred in the 2001 movie Swordfish. The Tuscan name was first used in the 1960s, but was reintroduced for the Speed Six of the new millennium. Evo magazine described it as a “ballistic drive”. Enough said. 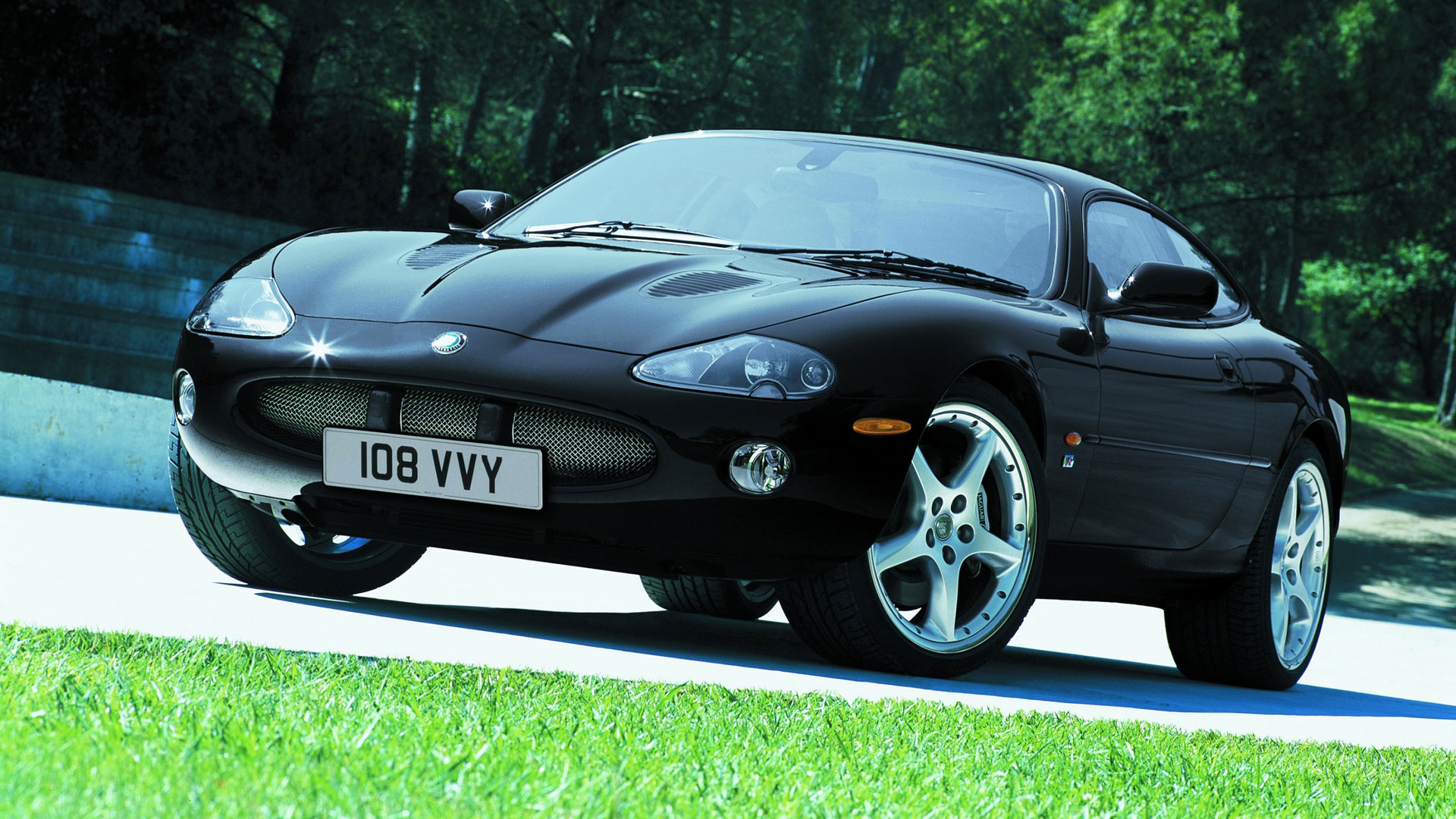 The Jaguar XK8 is, according to ClassicLine Insurance, the classic car with the highest accident claim frequency. Ian Fray said: “As you would expect, modern classics have a higher top speed and faster acceleration than older cars, which might explain why they are more likely to be involved in a motoring incident.”

And the least likely… 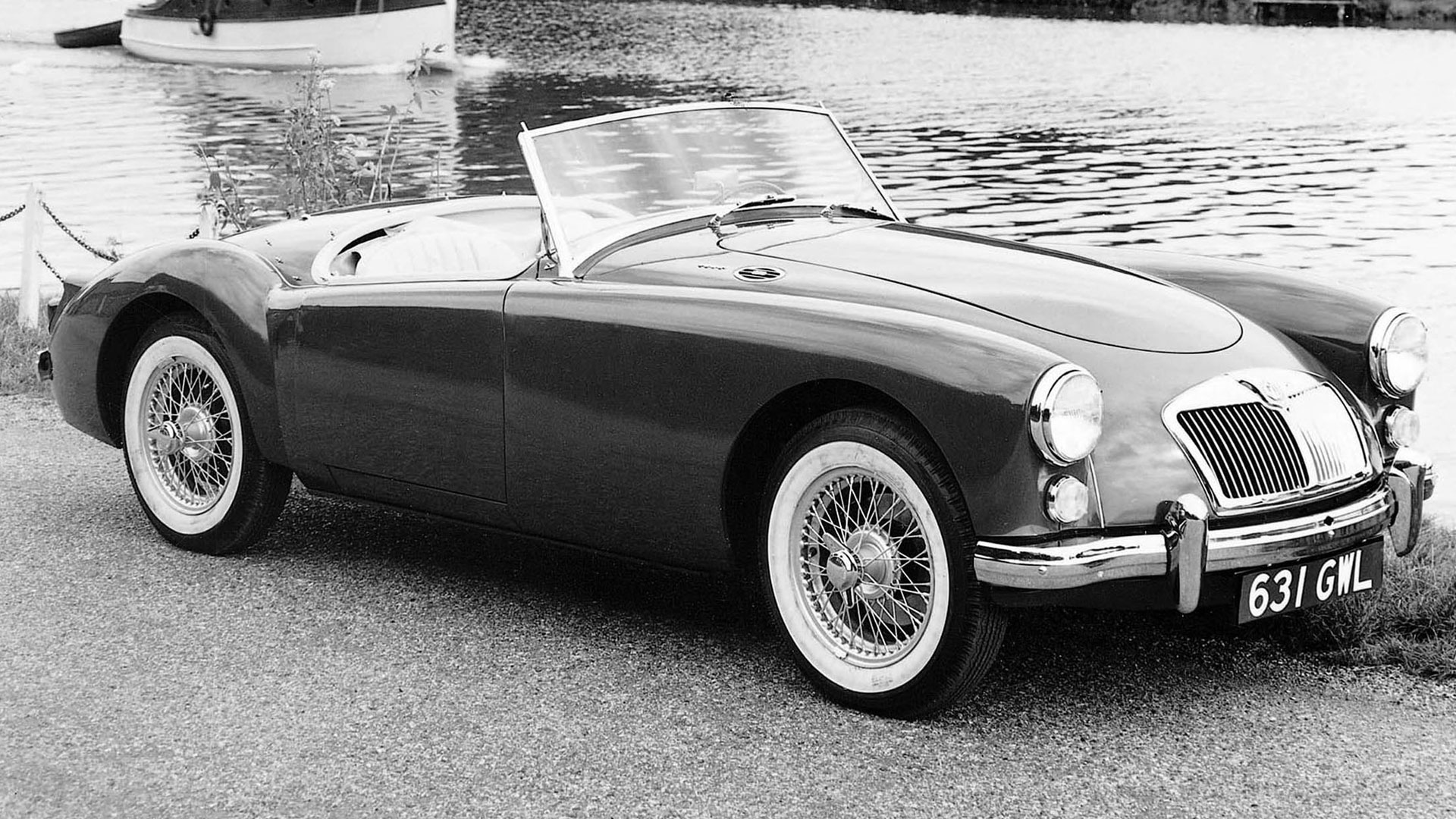 But what about the classic cars least likely to be involved in an accident? According to Ian Fray, “drivers of older classics also know they have fewer safety features to protect them in the case of an accident, possibly meaning an increased sense of awareness of the limitations of their model if it is hit.” Read on to discover the classics with the lowest accident claim frequency. 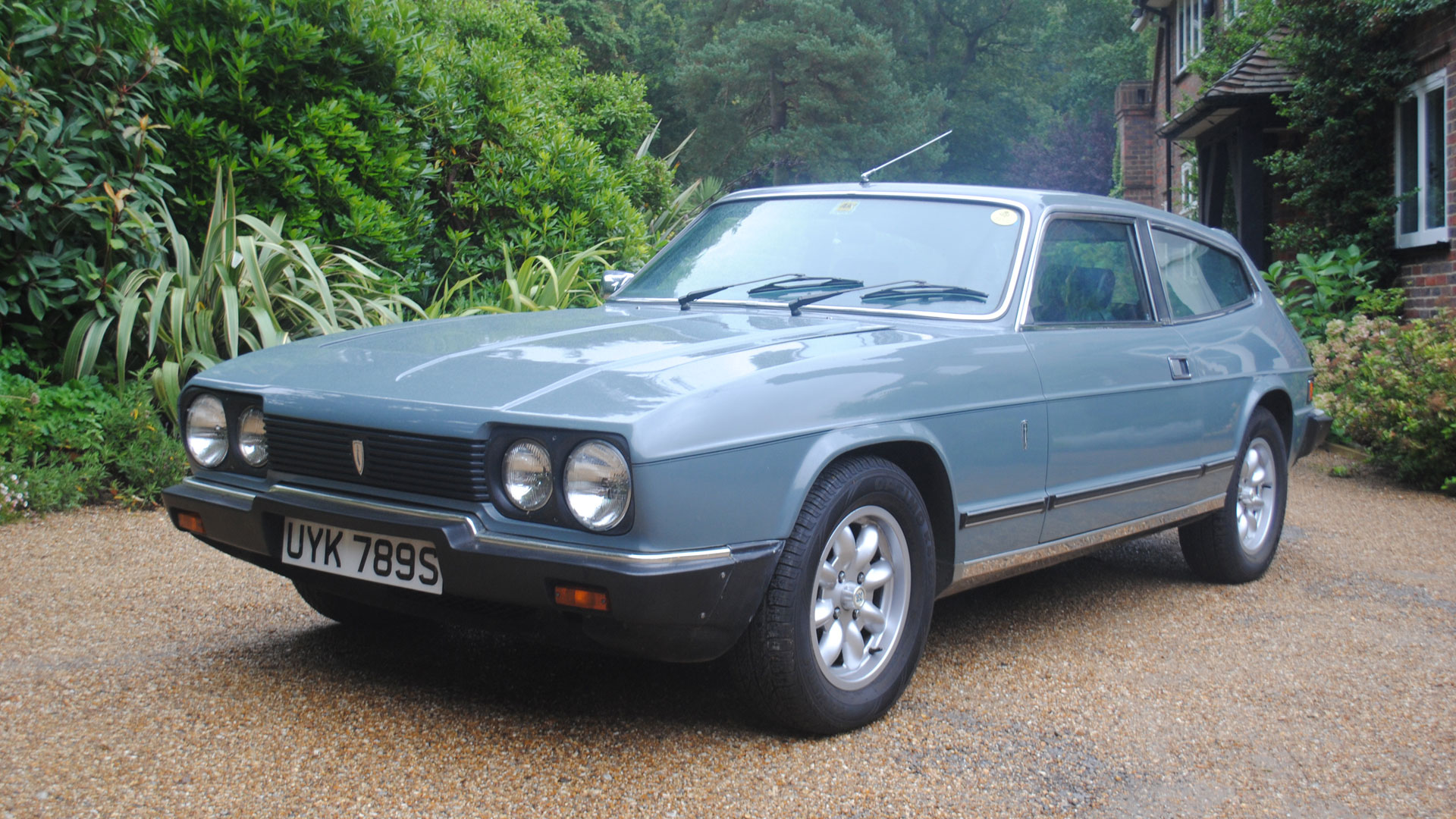 The Reliant Scimitar and Princess Anne connection has become a motoring cliche, but according to the Sporting Reliants website, other famous GTE owners include Noel Edmonds, Nick Hewer, Barry Sheene and William ‘Ken Barlow’ Roach. 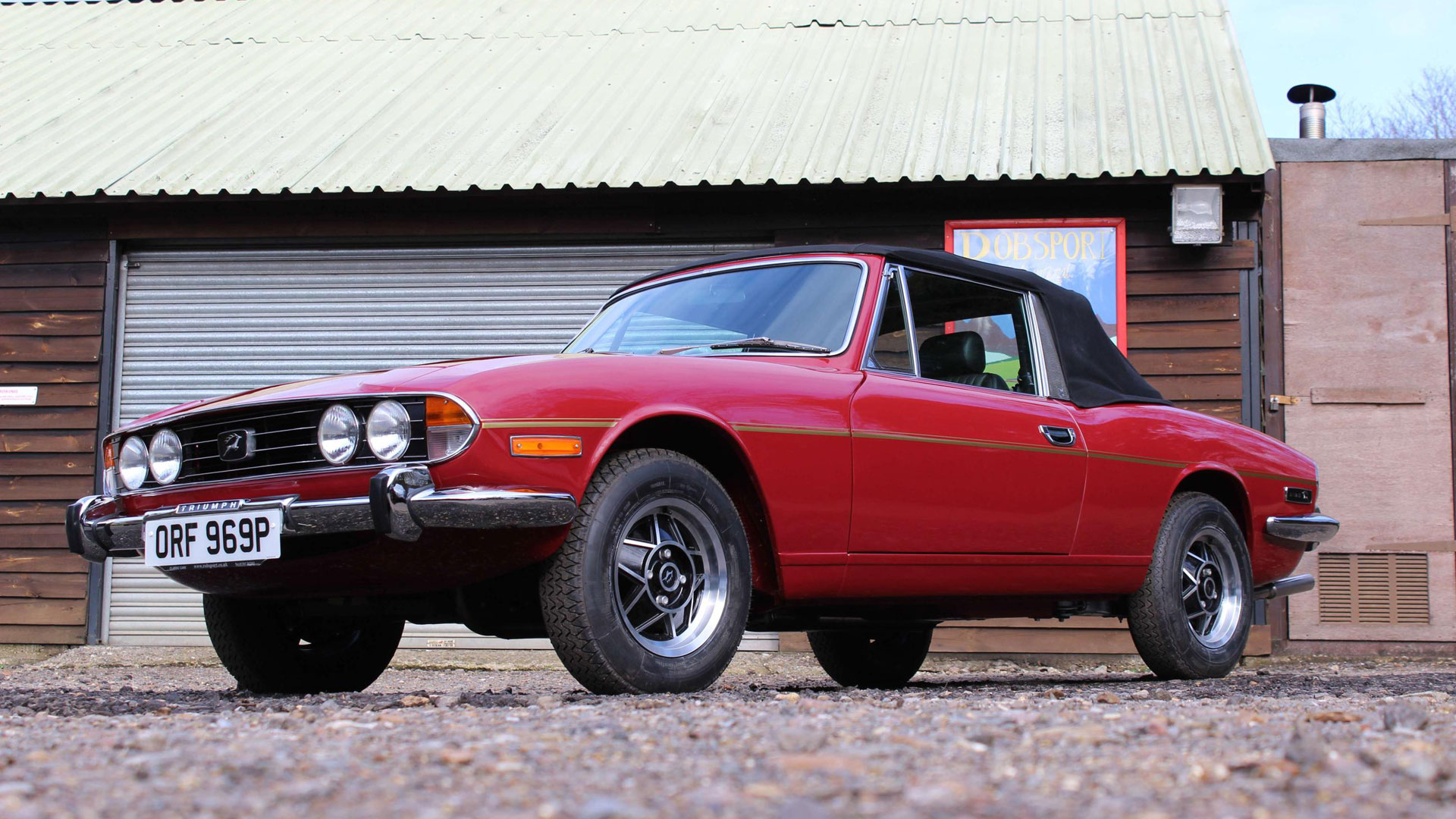 With a reliable engine, the Triumph Stag could have been a British sports car to conquer the world. By now, most of the engine problems will have been solved, while many of the restored cars will be better than when they left the factory. 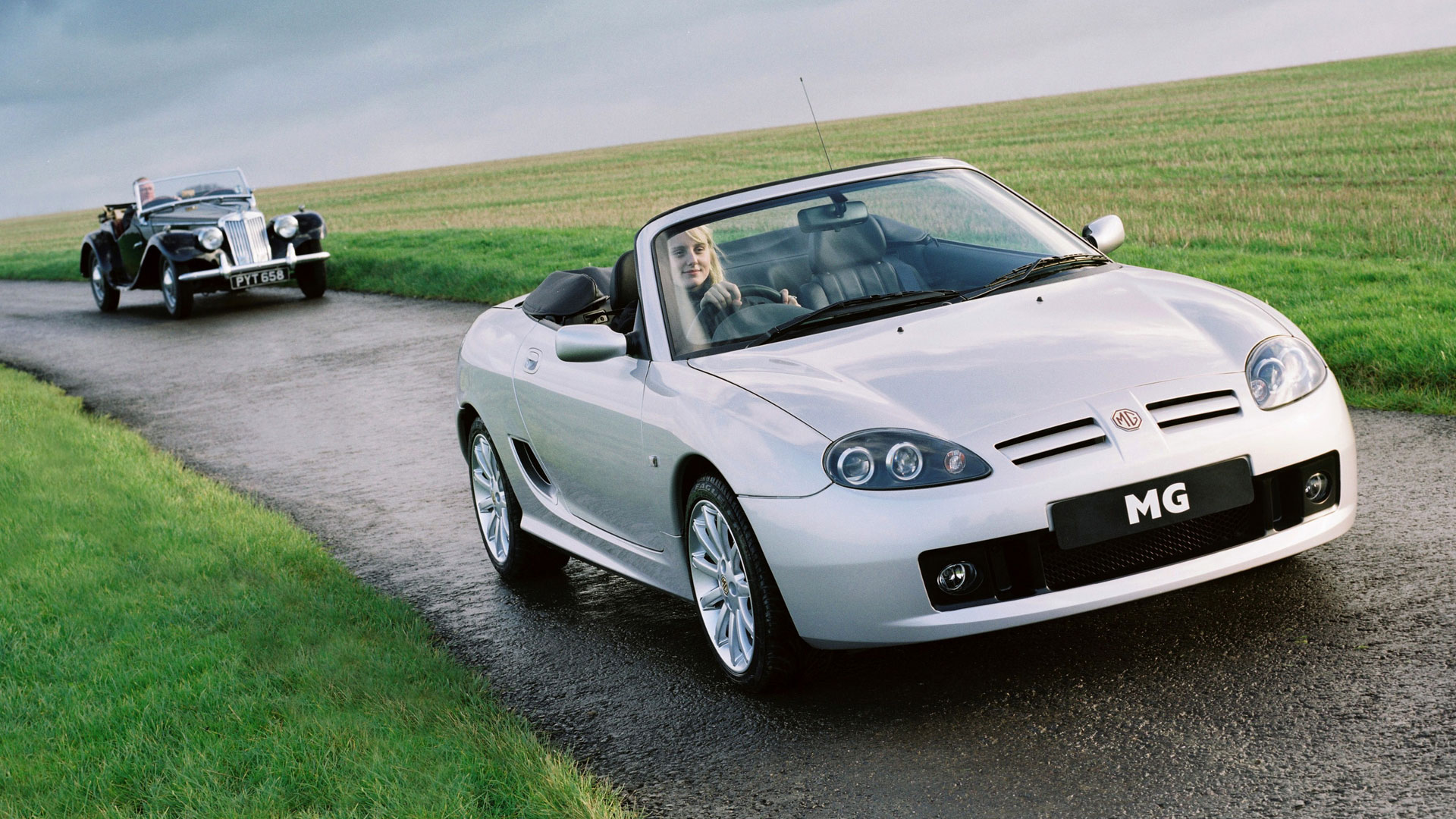 It’s amazing to discover that all of the cars on the ‘safe’ list were built in Britain, which suggests that these old and modern classics are driven by careful and considerate types. Launched in 2002, the MG TF was as a comprehensive overhaul of the MGF and was Britain’s answer to the Mazda MX-5. 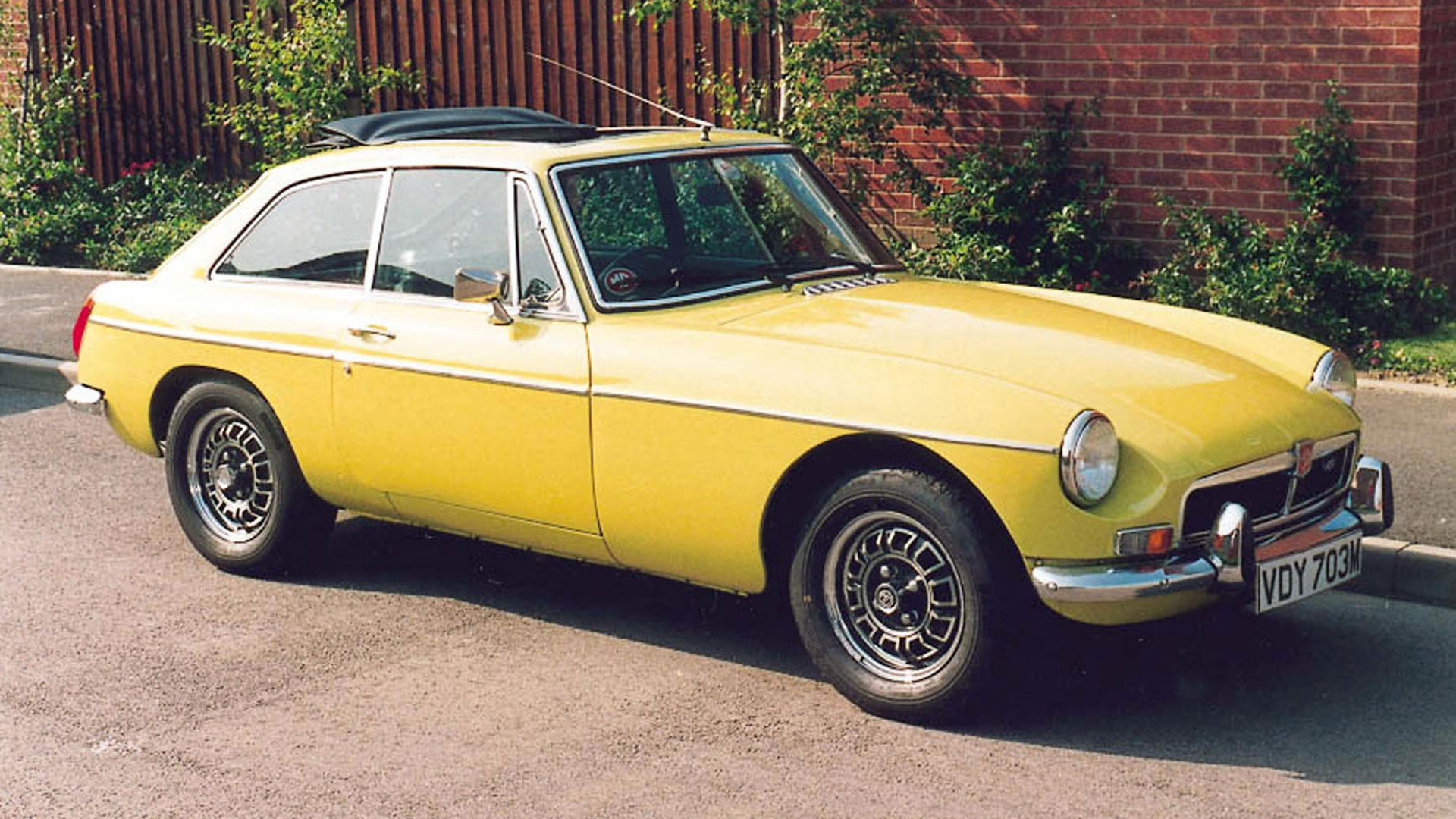 The MGB: the quintessential British sports car and a popular choice as a starter classic. More than half a million were built during a production run spanning nearly two decades. The last one rolled off the line in October 1980. 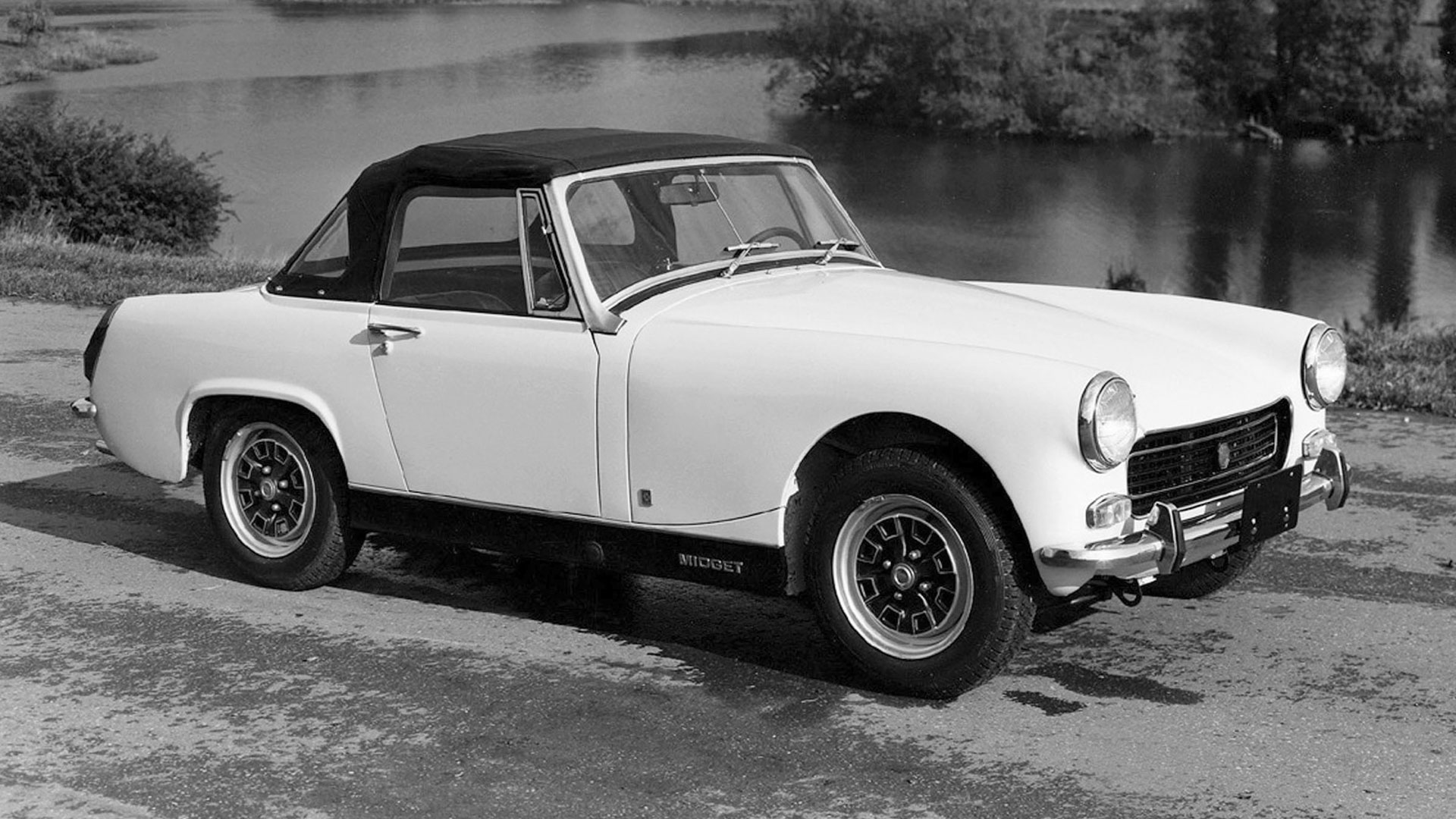 What is about MGs and careful owners? Forty percent of the cars on the ‘safe’ list wear the Morris Garages badge, with the Midget finishing sixth. Aside from the careful owners, we suspect the fact that these cars tend to be used at weekends and during fine weather also plays a part. 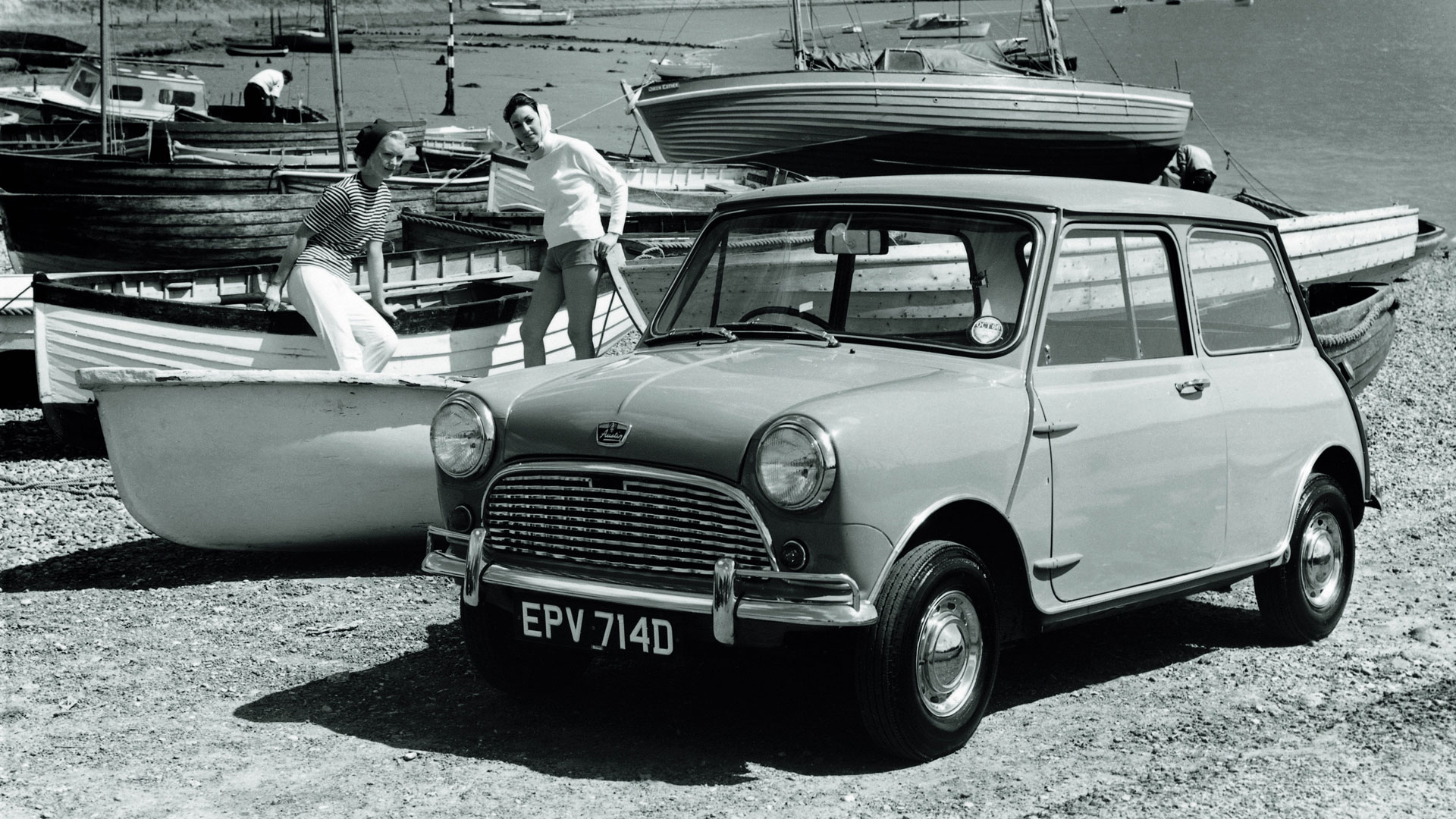 Of the cars in the top five, three are Austins and one is an MG. First up is the Austin Mini, a car celebrating its 60th anniversary in 2019. Coincidentally, it’s also 50 years since the release of The Italian Job, although the red, white and blue Minis weren’t too great at protecting their no-claims discount. 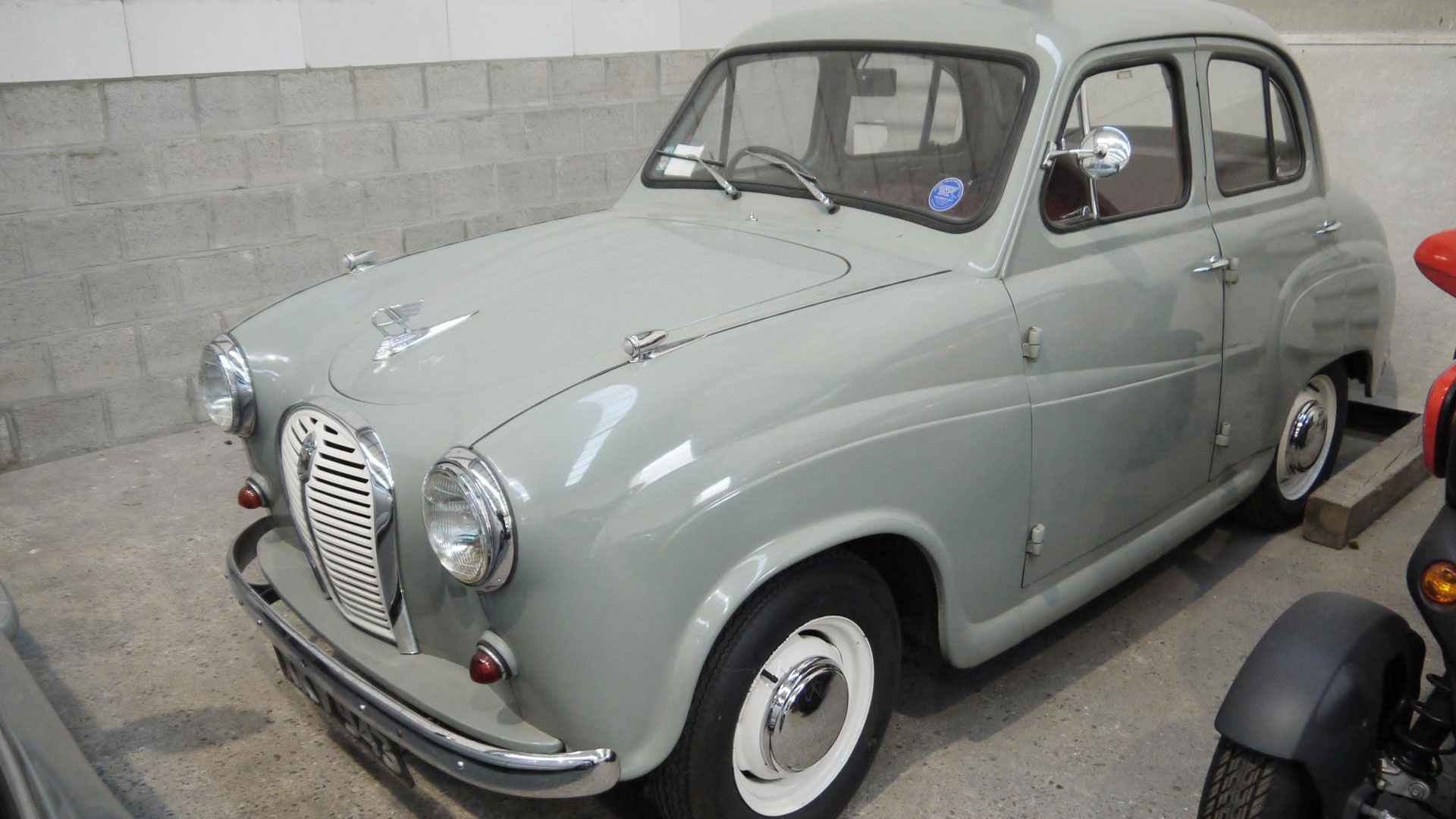 We reckon Austin A35 fall into two distinct camps. On the one hand, you have those who will spend hours polishing their A35 to within an inch of perfection, before attending a classic car show at the weekend. On the flip side, you have those who enjoy some historic racing. 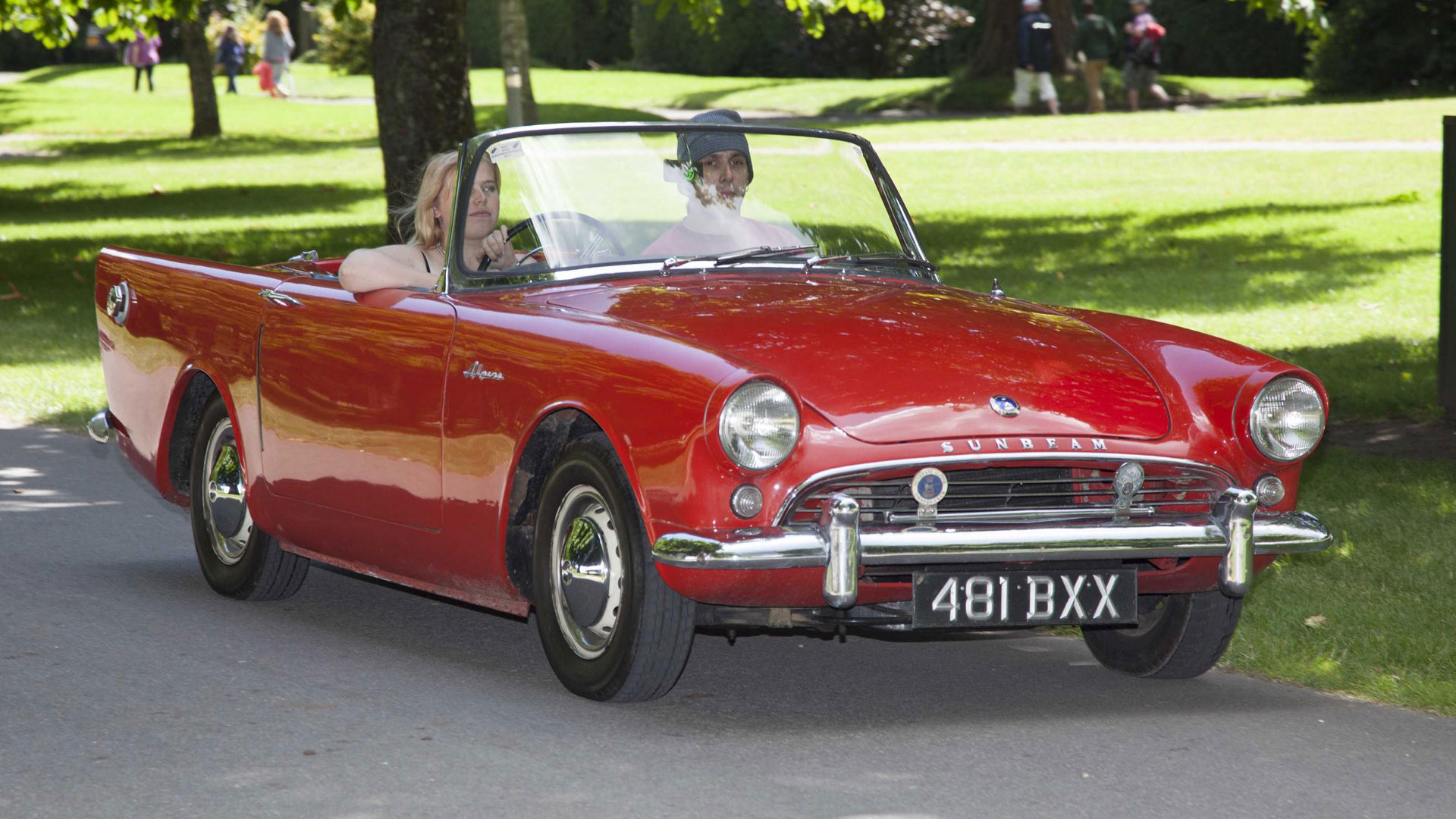 Designed to tackle the lucrative American market, the Sunbeam Tiger looked fantastic and was adept at providing a smooth and comfortable driving experience. It’s not the sharpest classic sports car you can buy, but the Alpine spawned the Sunbeam Tiger, complete with Ford V8 power. 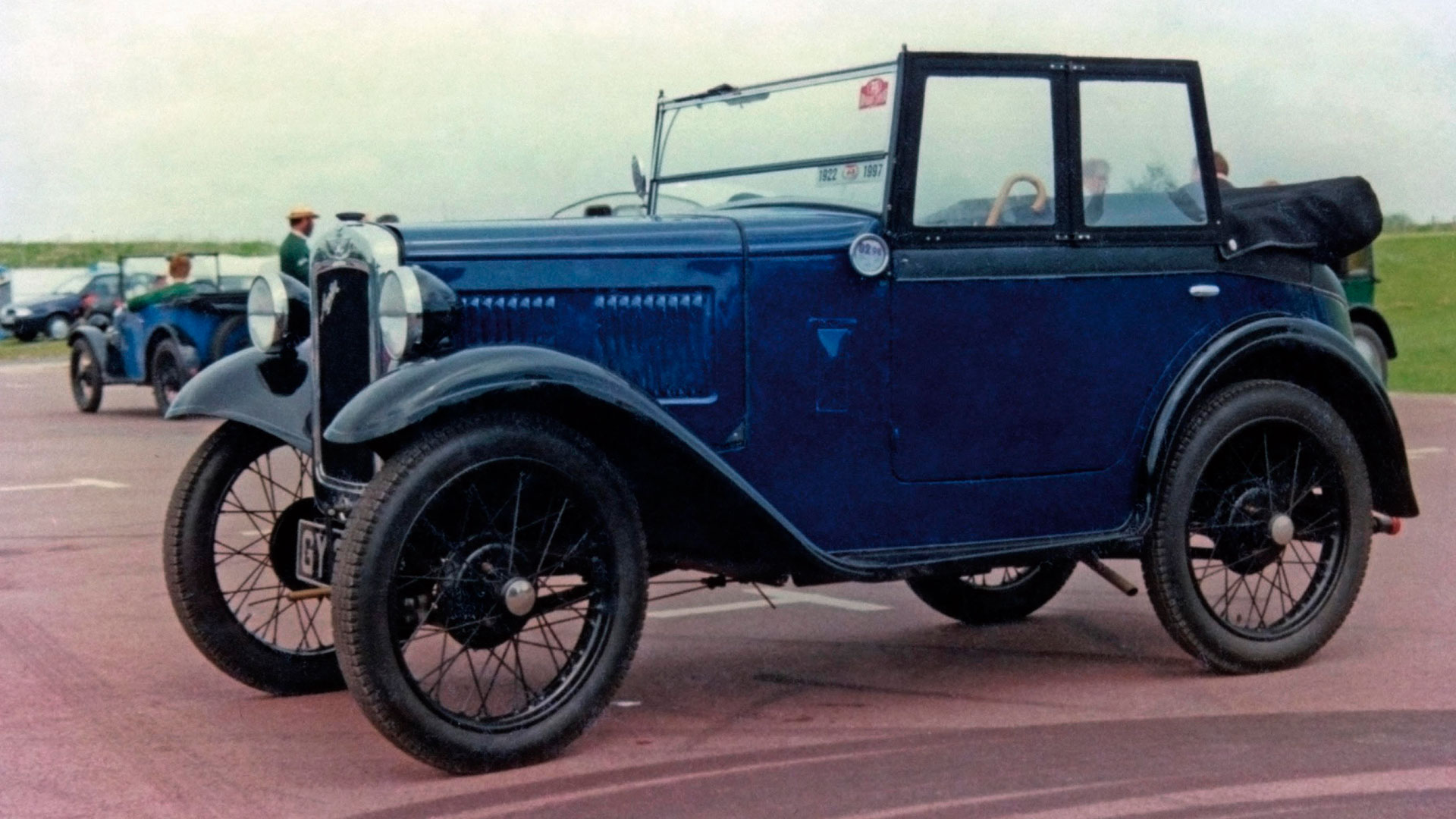 The Austin Seven was launched in 1922 and it helped to transform the British motoring scene. “The Seven has done more than anything previously to bring about my ambition to motorise the masses,” said Herbert Austin. 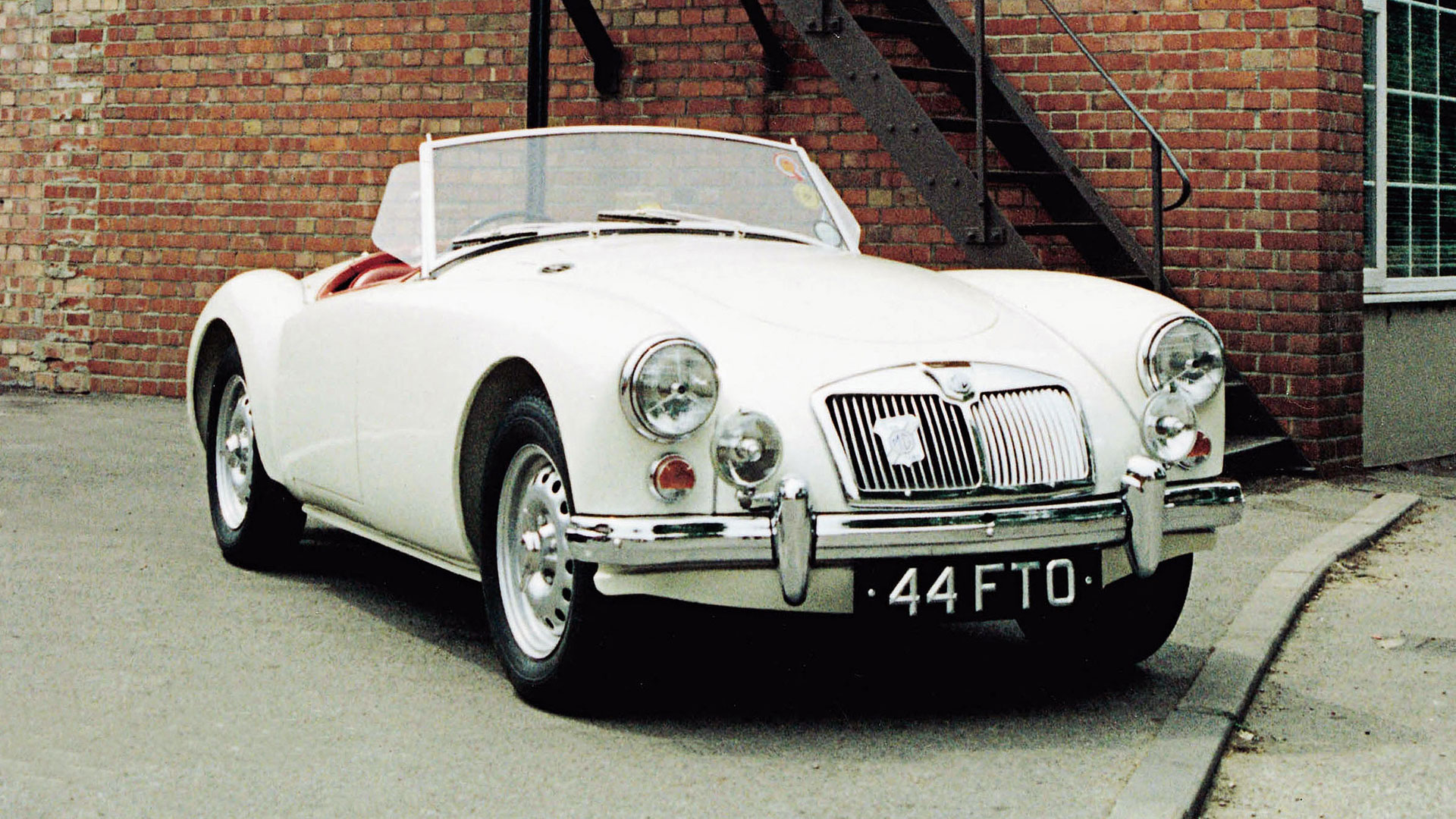 This is it: the classic car least likely to be involved in an accident, according to ClassicLine Insurance. Take a bow, MGA owners, along with a generous no-claims discount.