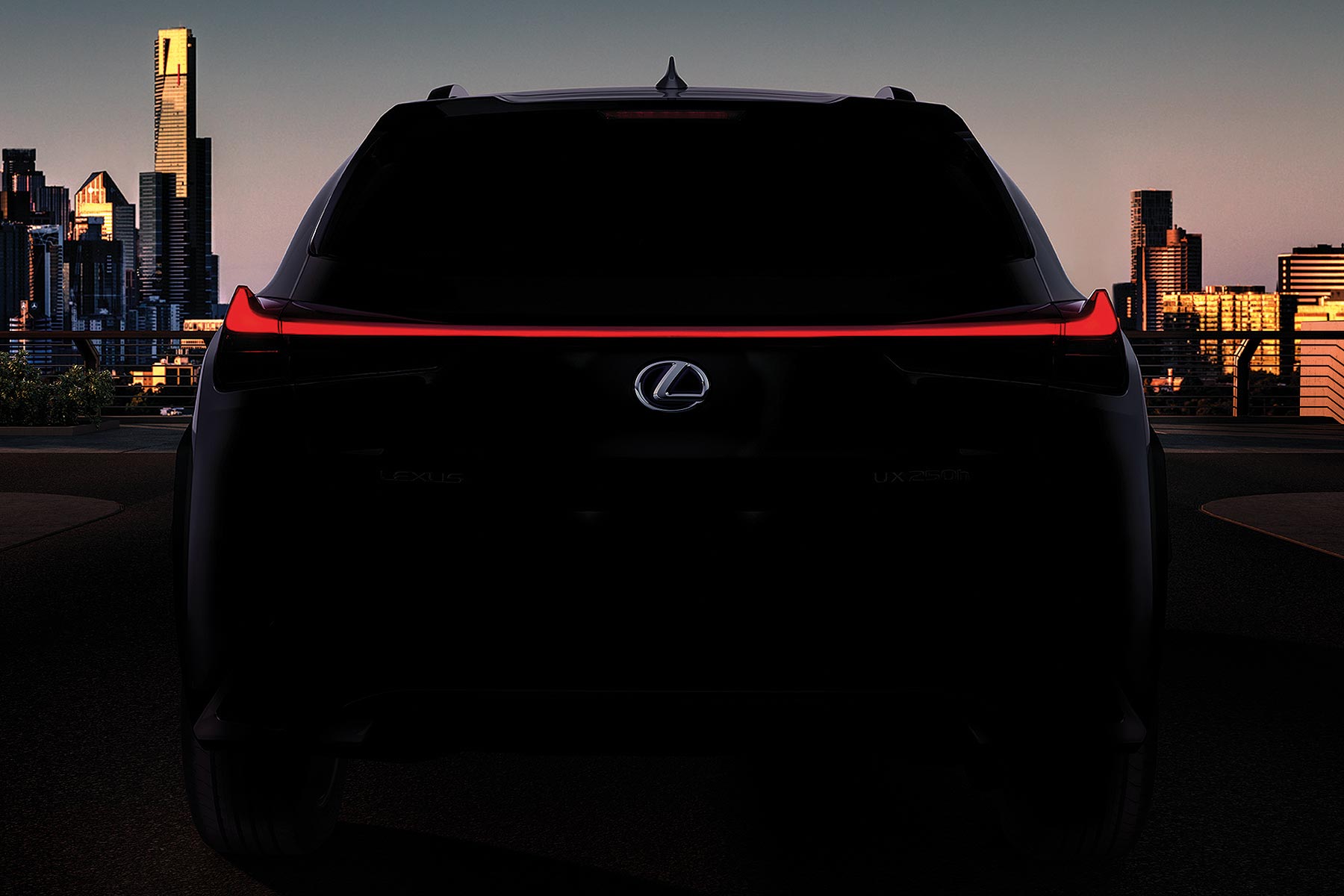 Lexus has confirmed it will give the new UX small SUV its world debut at the 2018 Geneva Motor Show. It will be the production version of the UX Concept revealed at the 2016 Paris Motor Show.

Sitting below the Lexus NX and RX SUVs, the new UX will be a rival to the BMW X1, Audi Q3 and Jaguar E-Pace. Expected to be priced from around £30,000, it will mix Lexus’ trademark hybrid powertrains with conventional petrol engines – and, like all Lexus, eschew diesel engines entirely.

It is likely the Lexus UX will be derived from the same platform used in the well-received Toyota C-HR. In the UK, this is offered with a 1.2-litre turbo petrol engine, plus a 1.8-litre hybrid. 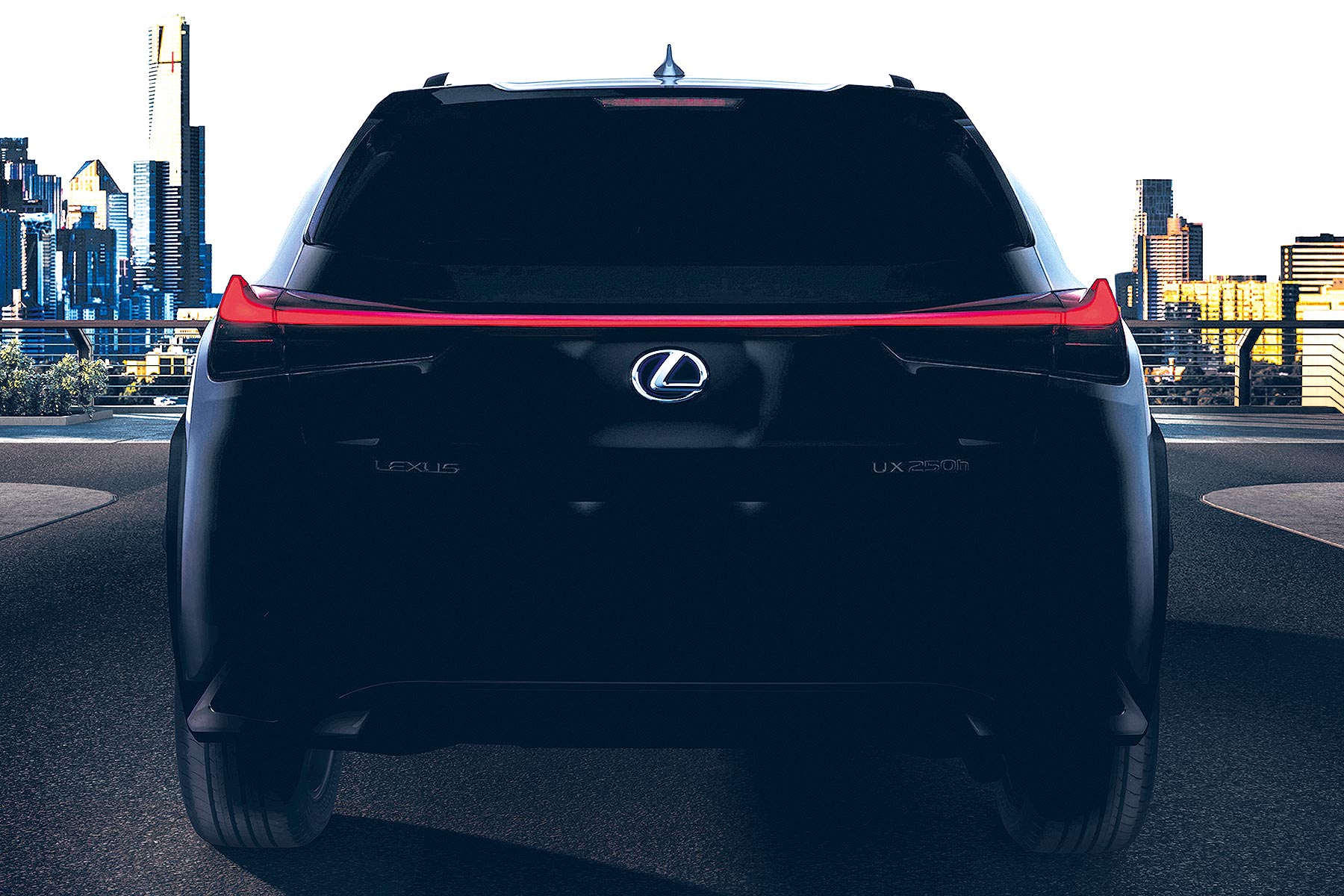 Although obviously much toned down from the 2016 Paris concept, Motoring Research’s enhanced version of the teaser image shows some bold detailing for the rear lights, which sit astride a full-width light bar.

The almost coupe-like profile of the concept has, however, gone, in the interest of creating more usable space for rear-seat passengers, and a larger boot.

There are no teasers of the interior yet, but it is hoped the concept’s bold ‘deconstructed’ interior, complete with floating touchscreen centre console and distinctive air vents, can at least in part be ported across to production.

As for firm details, though, Lexus is keeping tight-lipped ahead of the show. But the very fact it’s giving this all-new small SUV a global debut in Geneva shows how important Europe is to its market success. With SUV sales booming across the region, the firm will be hoping the UX can give it an overdue sales boost – something the NX seems not quite to have fully achieved.