We reveal the cars that owe their existence to the world’s greatest motor race: the 24 Hours of Le Mans 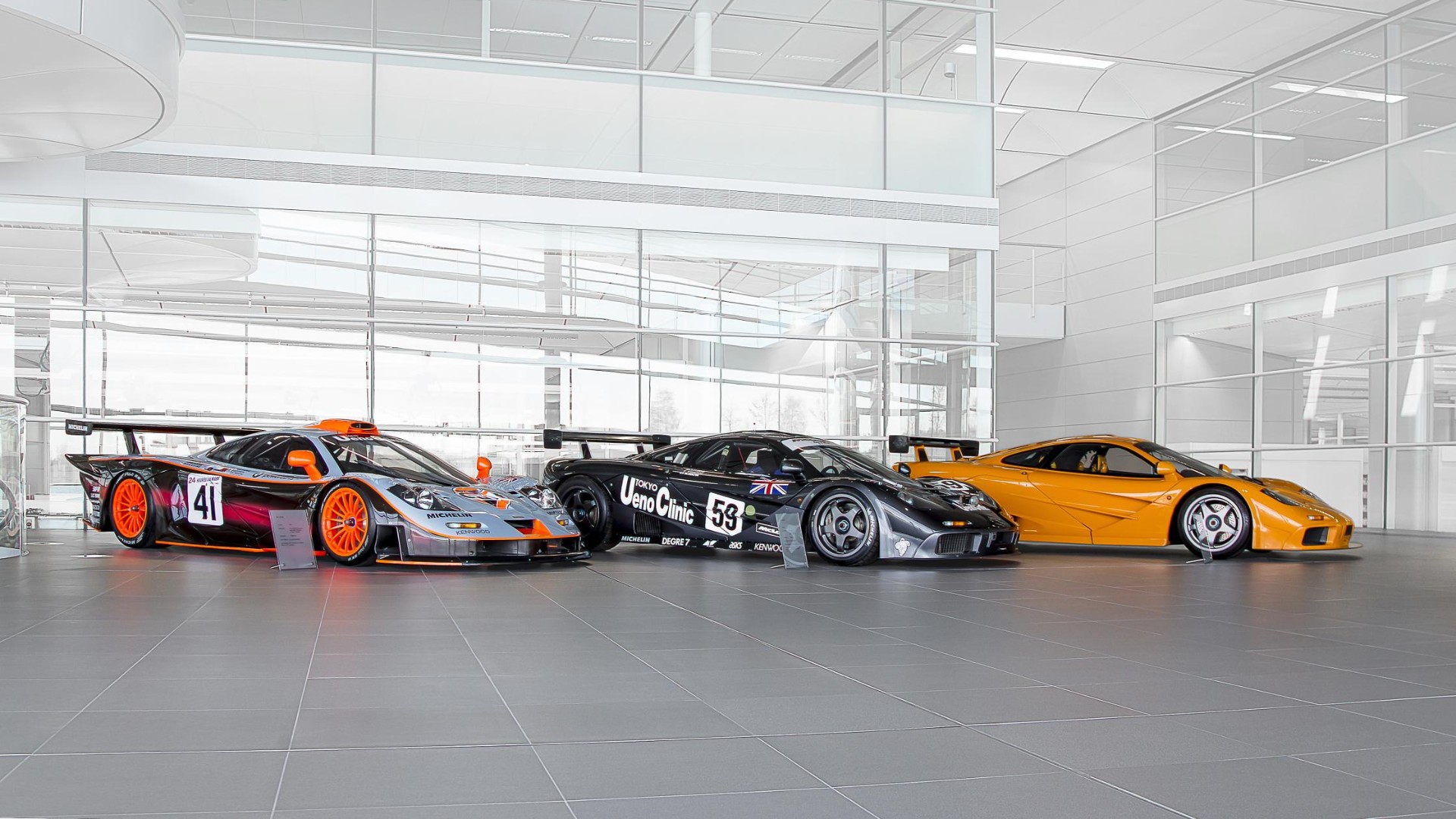 The 24 Hours of Le Mans is referred to by many as the world’s greatest motor race. Indeed, some car manufacturers take it on independent of any championship, just for the honour of winning. It’s also unique by comparison with, say, the Monaco Grand Prix or Indy 500 for its inextricable link with road cars. For decades, this was the arena where you proved your ability to produce a high-performing and reliable car. As such, many marques have paid tribute to the race, be that in the form of a special edition or an entire car dedicated to it. 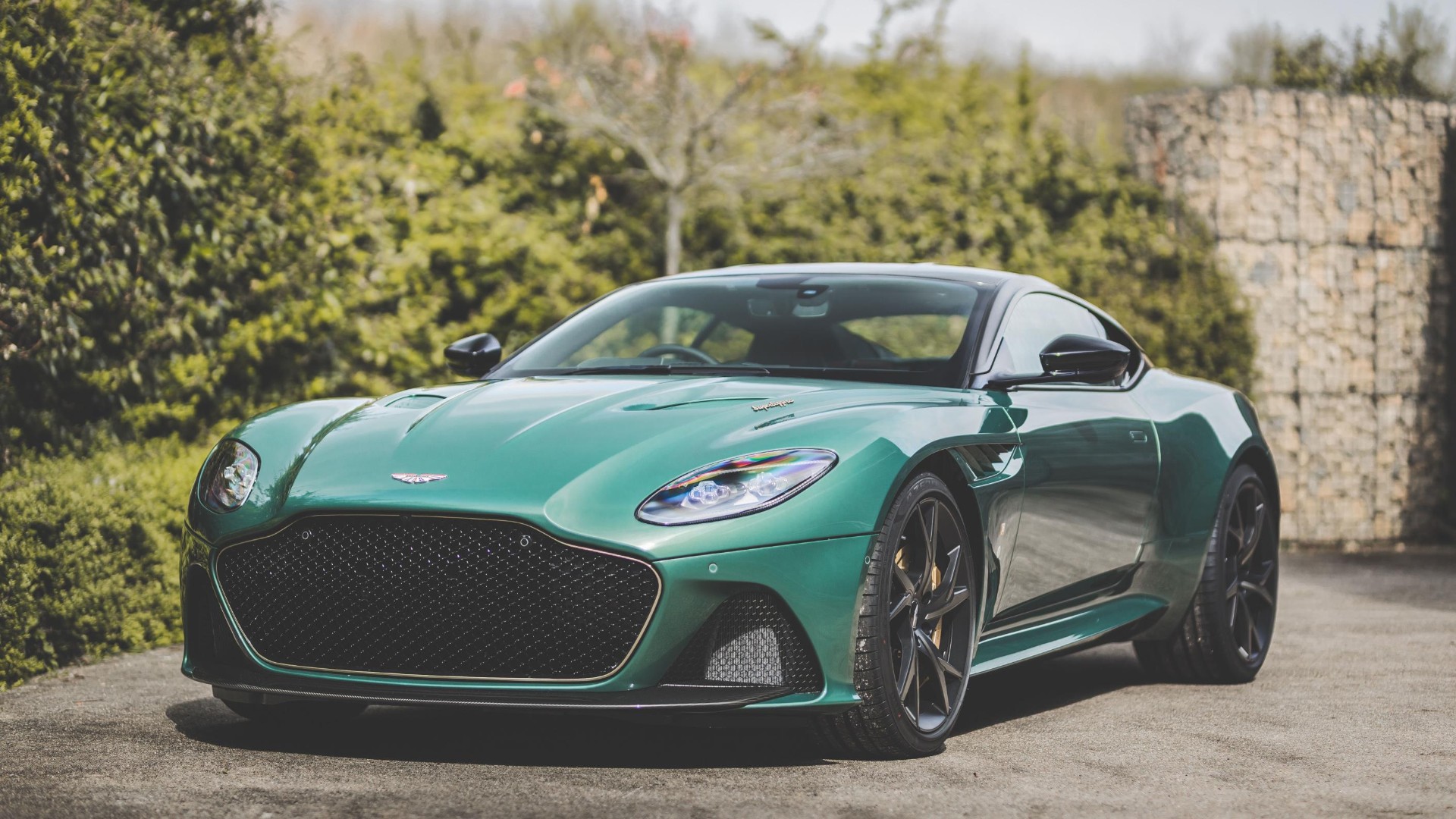 The latest is perhaps one of the coolest. Special editions such as the DBS 59 are always at risk of being a bit half-hearted, but the devil is in the details. This is a gorgeous tribute to Aston’s 1959 triumph at Le Mans, and its subsequent World Sports Car title. 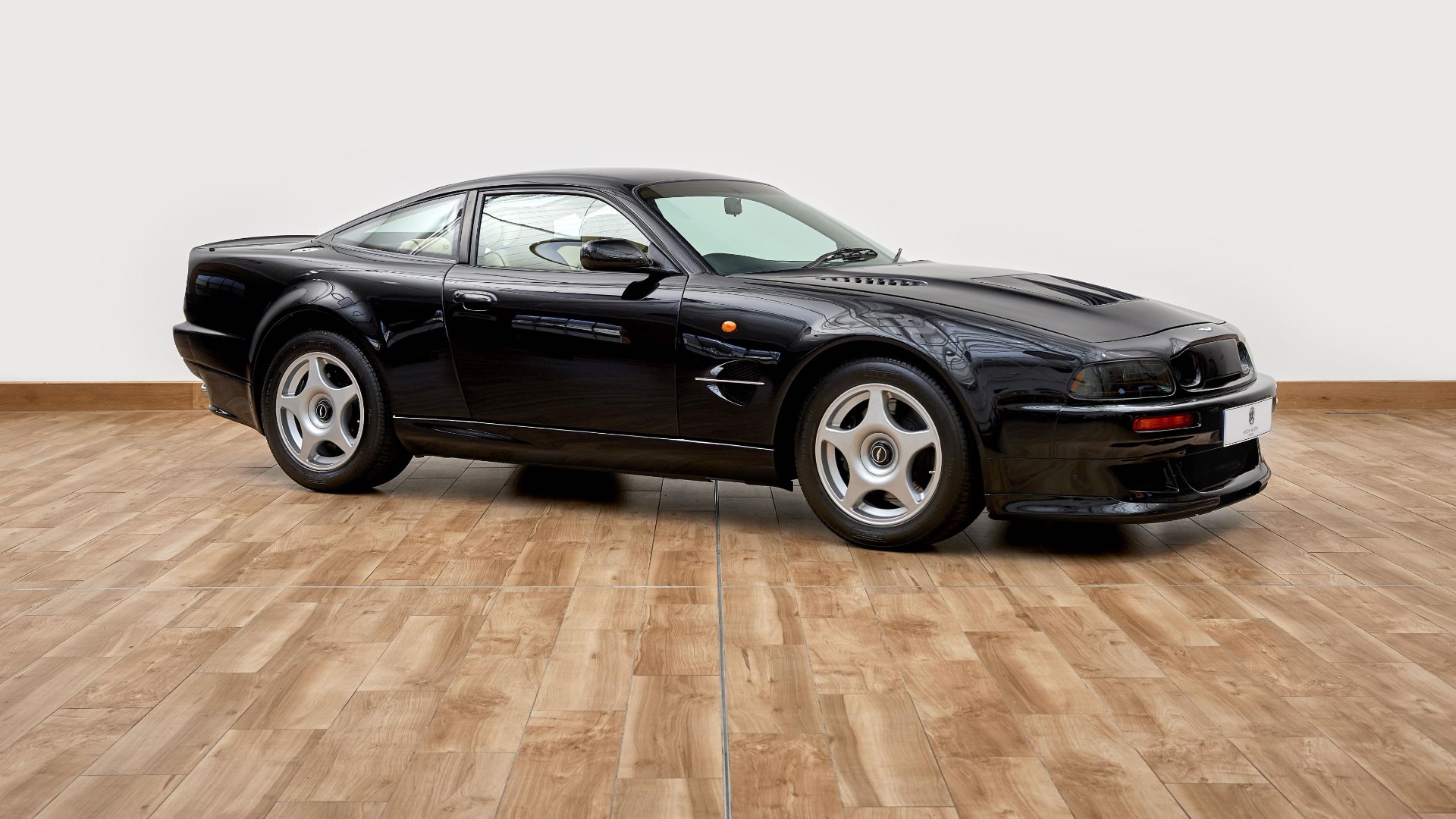 The DBS 59 isn’t the first Aston to celebrate the 1959 win, though. The 1999 Vantage V600 Le Mans marked 40 years since the event. With Koni suspension, DBR1-style side vents, Dymag lightweight wheels and a map from the car’s Newport Pagnell birthplace to the Le Mans circuit included, just 40 were made. 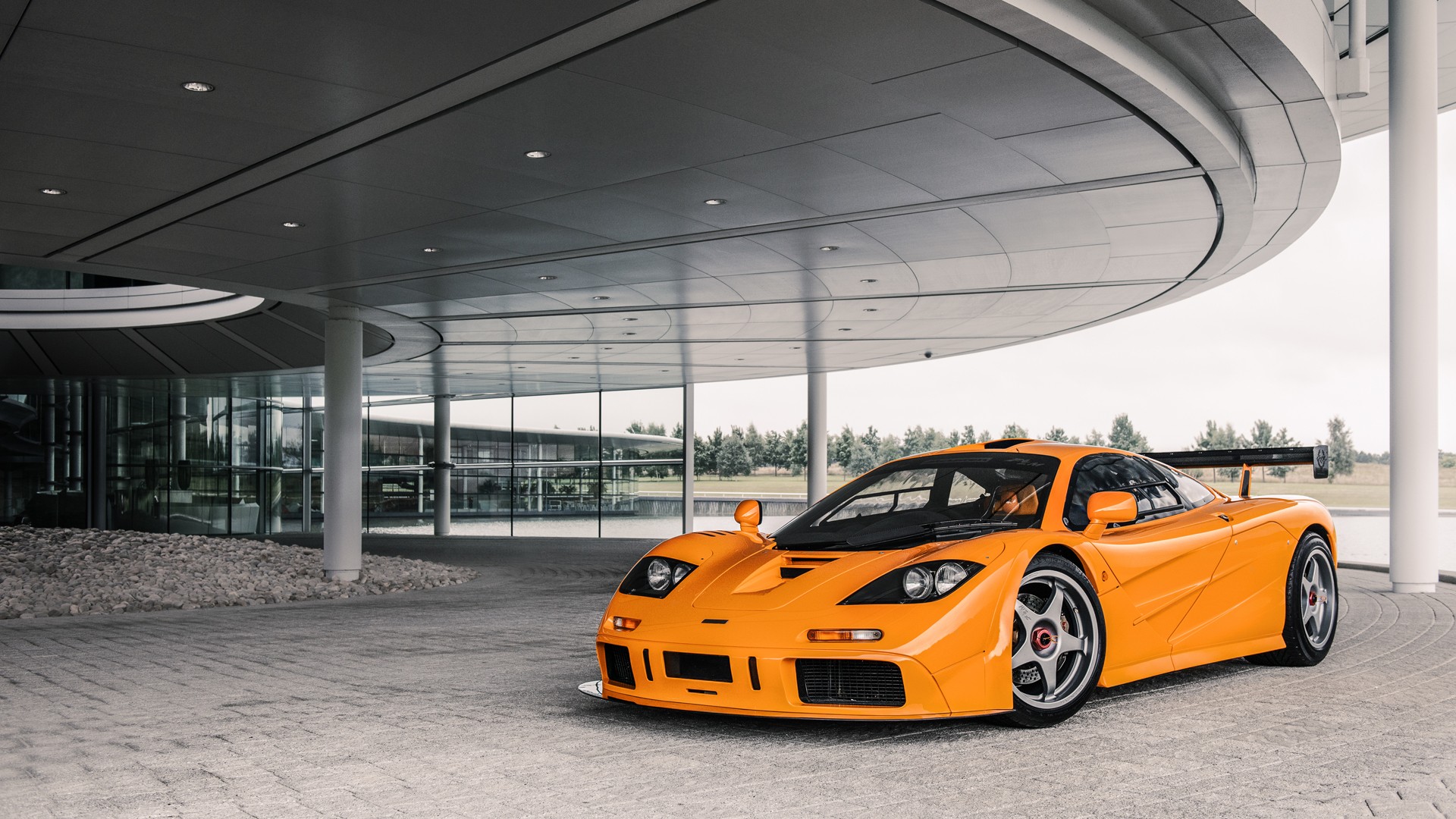 The LM was a final iteration of the incredible McLaren F1. Five were built, to honour the five finishing cars in the 1995 race, which came in first, third, fourth, fifth and 13th. To this day, the F1 is the last road-based car to win outright at Le Mans. 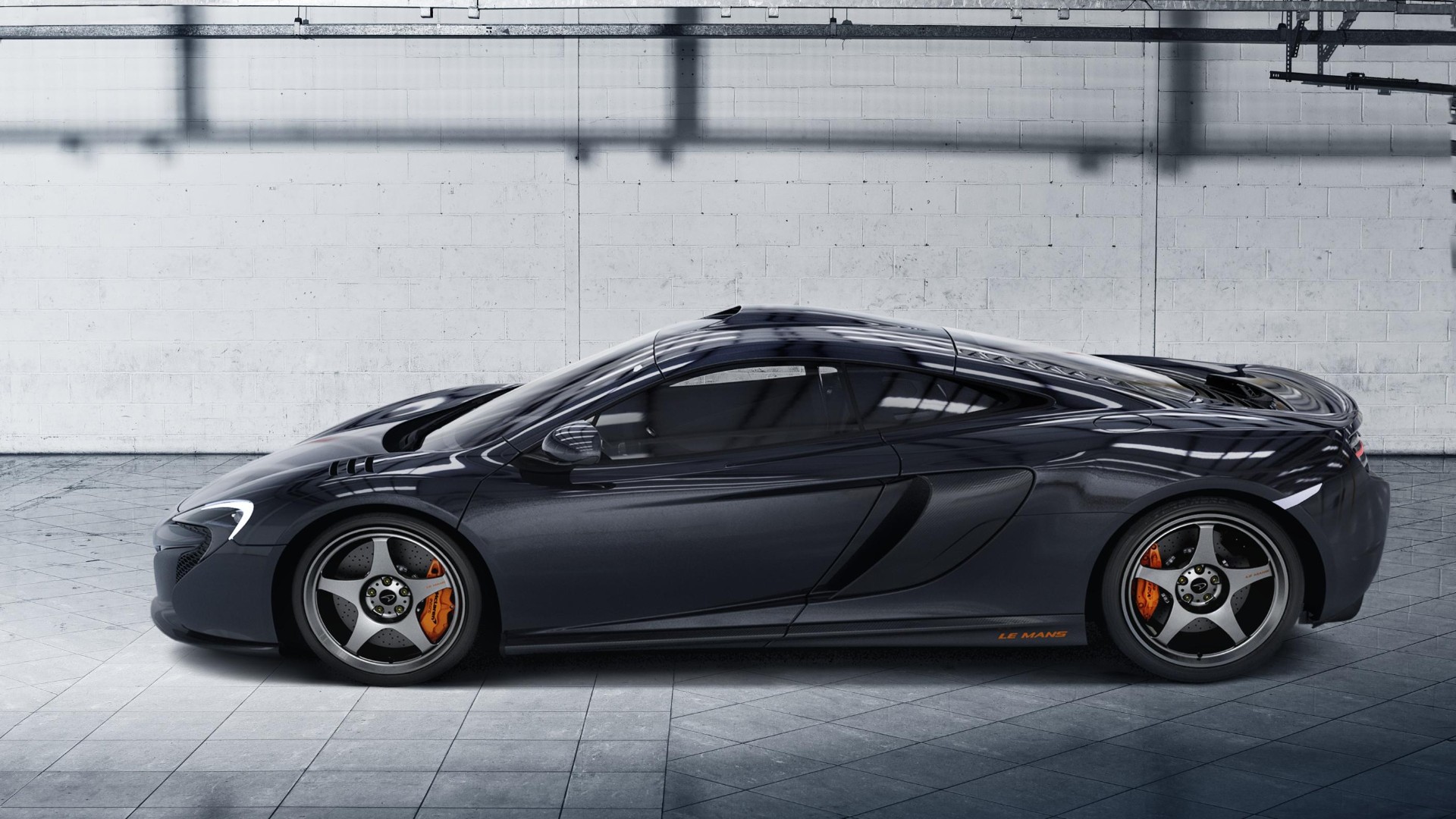 The McLaren 650S Le Mans was built to celebrate 20 years since McLaren’s shock 1995 win with the F1 GTR. The special 650S wears five-spoke lightweight wheels similar to the GTR, plus an F1-style roof scoop. 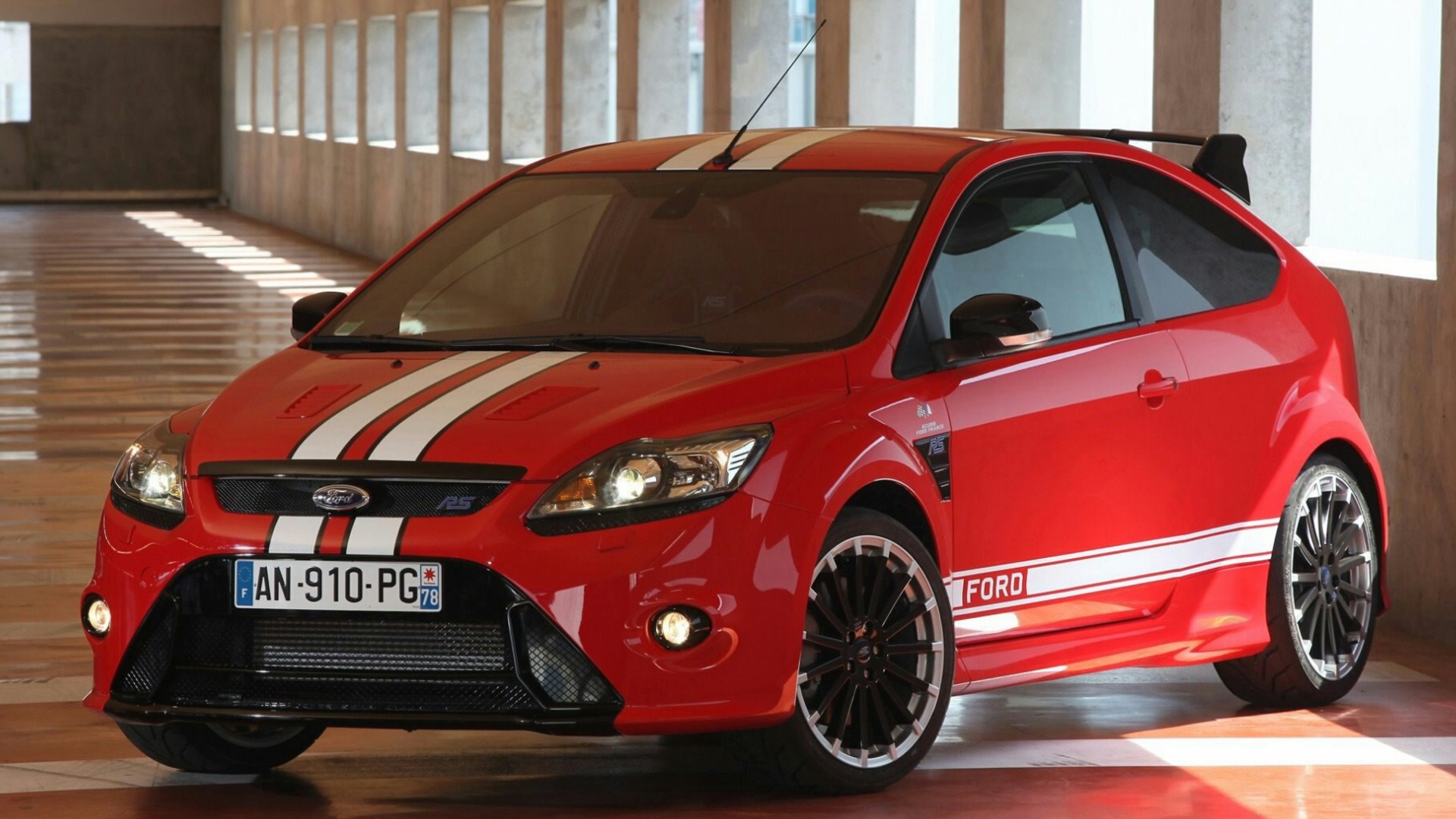 The Focus RS Le Mans is a curious beast. The warbling five-cylinder hot hatch was decked out in classic racing liveries as a tribute to the marque’s Le Mans heritage in 2010. Inspiration came from the Ford GT40 (obviously) and, of all things, the Capri. The latter won the Touring category at the race in 1972. 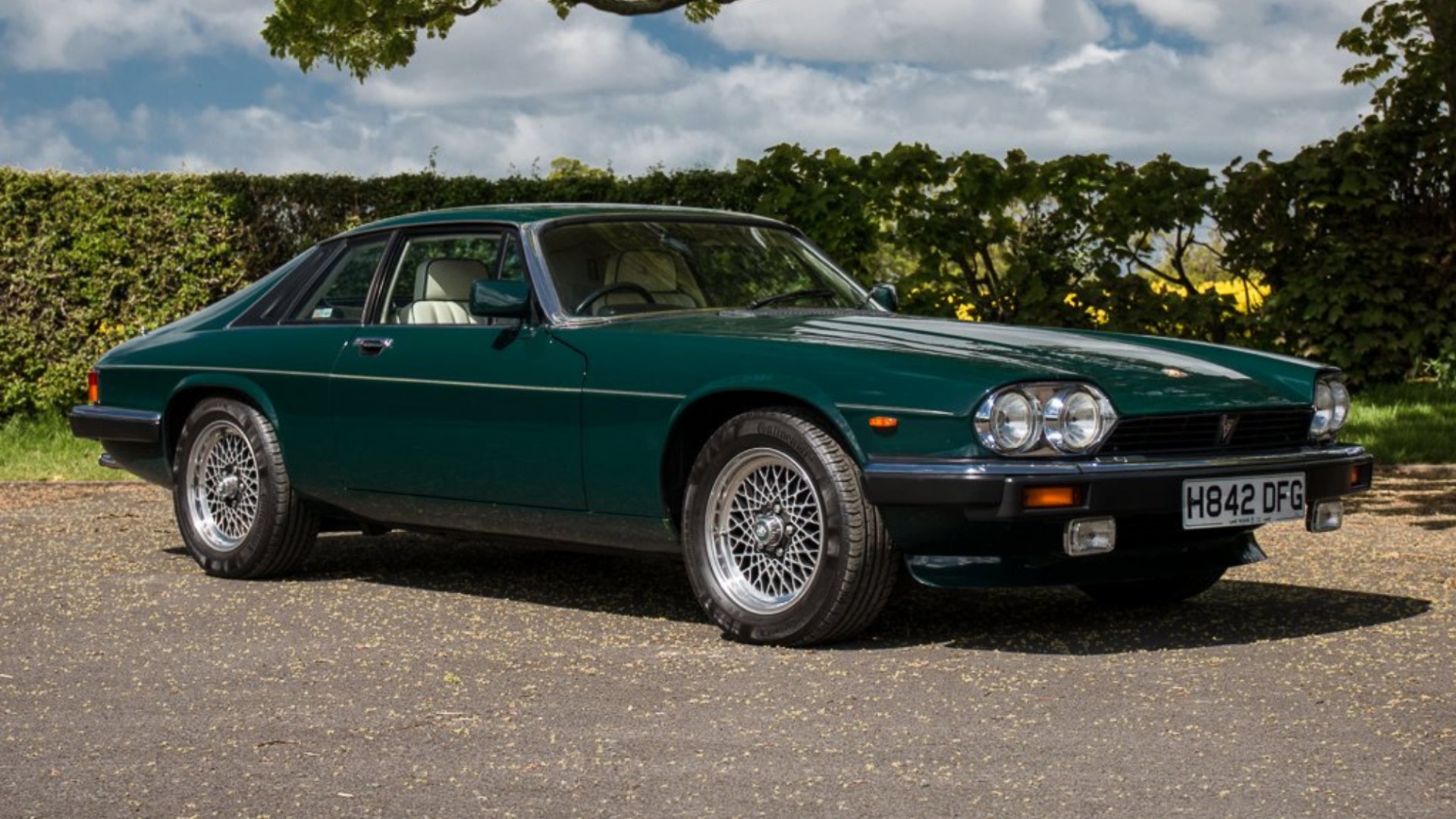 Jaguar’s 1-2-3 triumph at Le Mans in 1988, as well as its victory in 1990, was commemorated by the marque with a special edition XJS. The XJS Le Mans V12 added special badging, extra leather trim, lattice alloy wheels and a ‘growler’ on the bonnet. Although it feels like a bit of a ‘badge job’, it remains a rare beast. Just 280 were made. 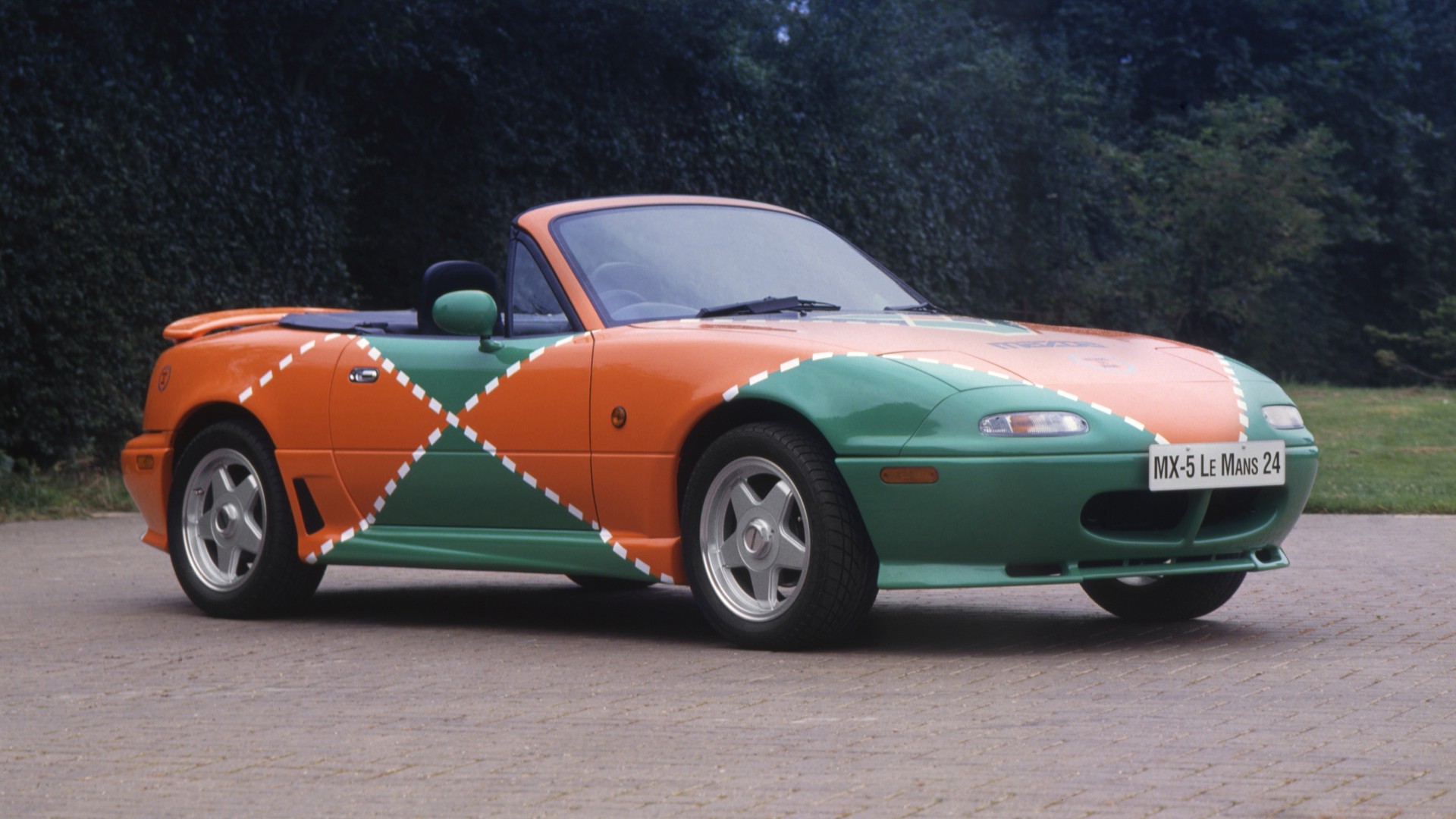 The MX-5 Le Mans 24 really wears its pride on its sleeve. After the rotary-powered 787B of Johnny Herbert won the LM24 in 1991, Mazda celebrated with a run of 24 MX-5s in the same Renown livery and with a BBR Turbo kit. Mazda’s victory was made all the more special because it was the first Japanese marque to win Le Mans. 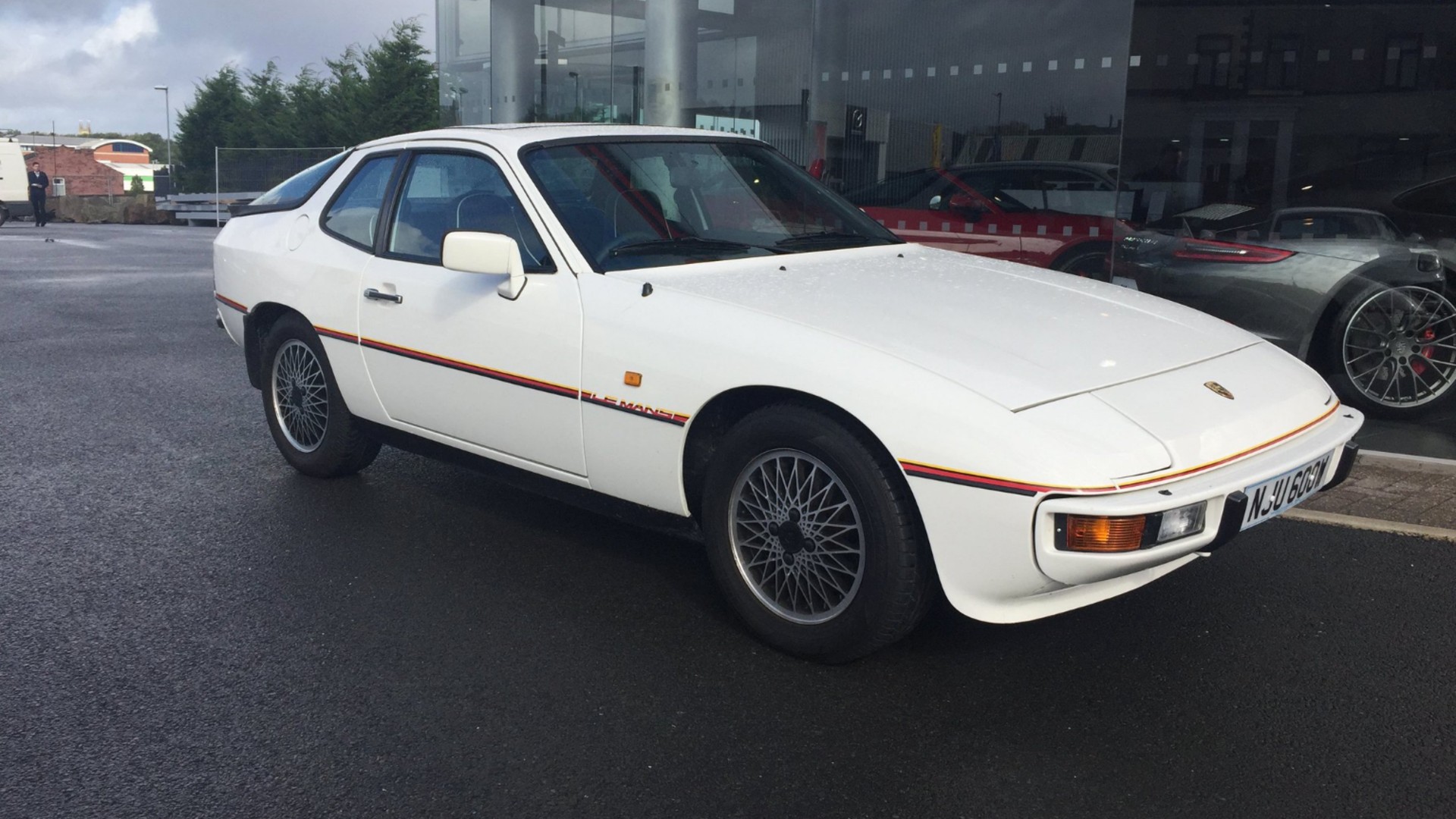 The 924S Le Mans isn’t a commemorative model, although Porsche had its fair share of victories to celebrate. Instead, it’s a limited-run special with high specification parts. As a result of its rarity and desirable spec, it’s a highly sought-after variant of the 924 today. Just 100 were brought to the UK. 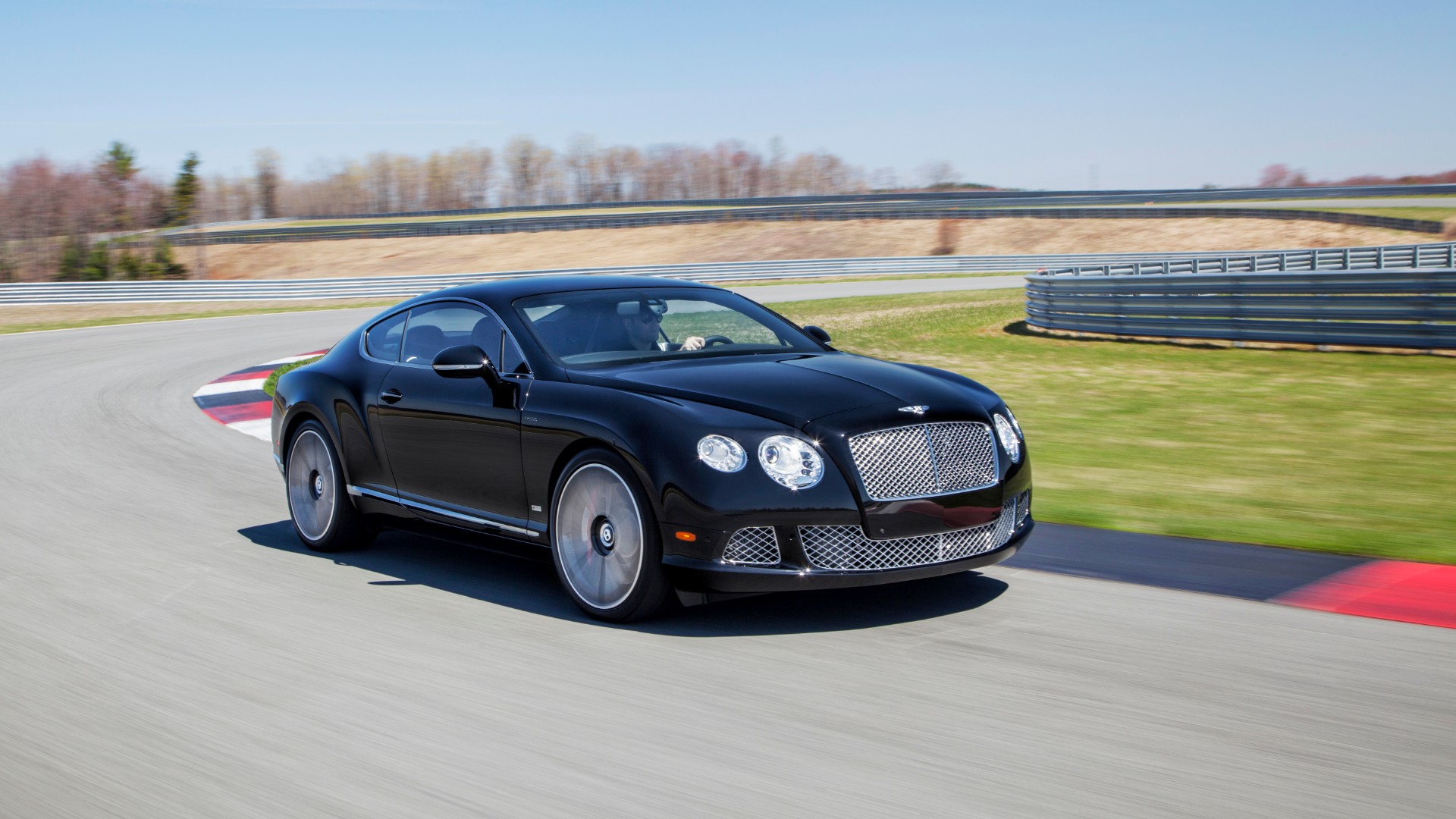 The car named after a straight, kink and corner complex on the track surely deserves a mention? 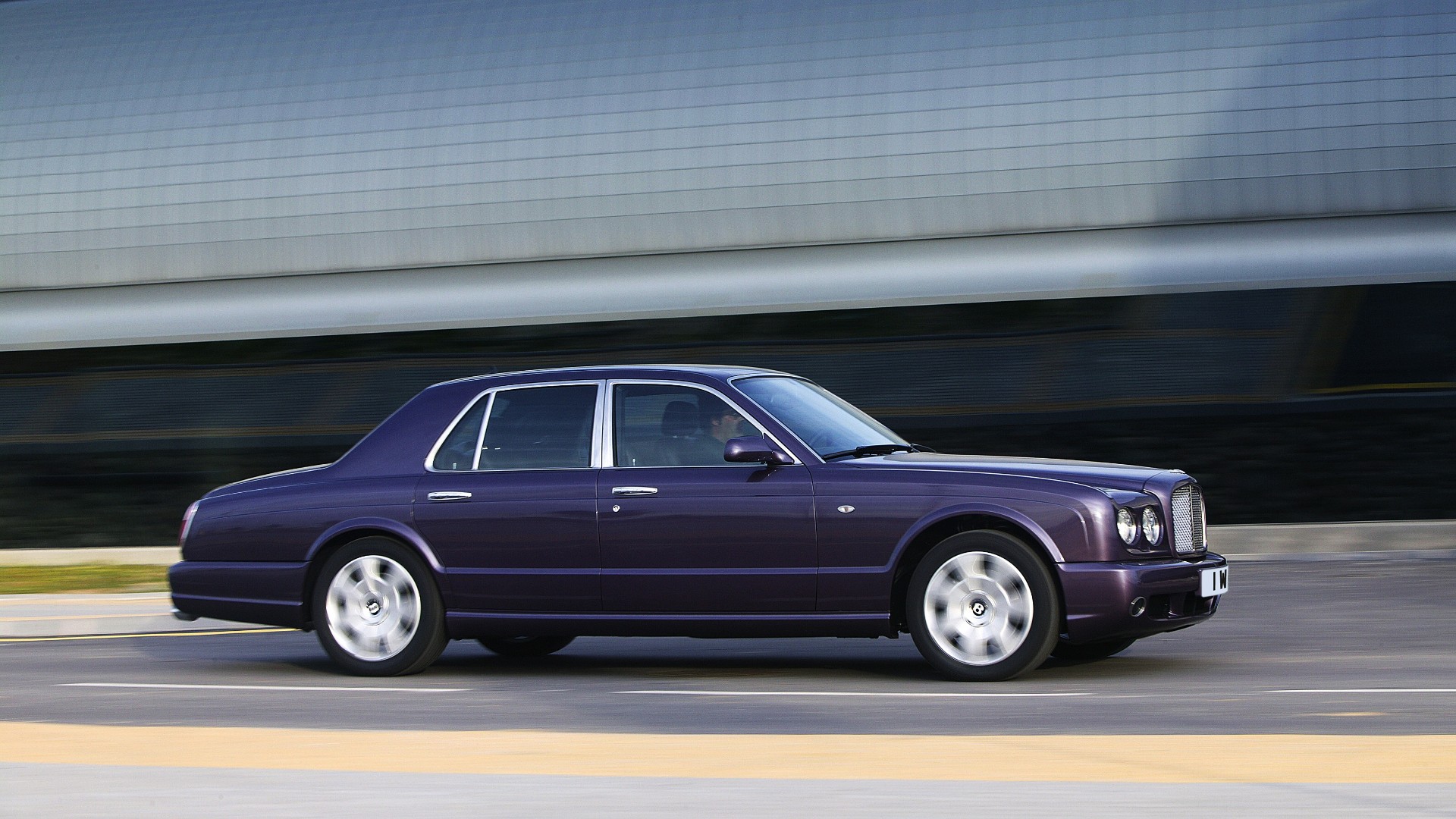 As does the car named after a famous corner. Bentley really knows how to mine its Le Mans heritage. 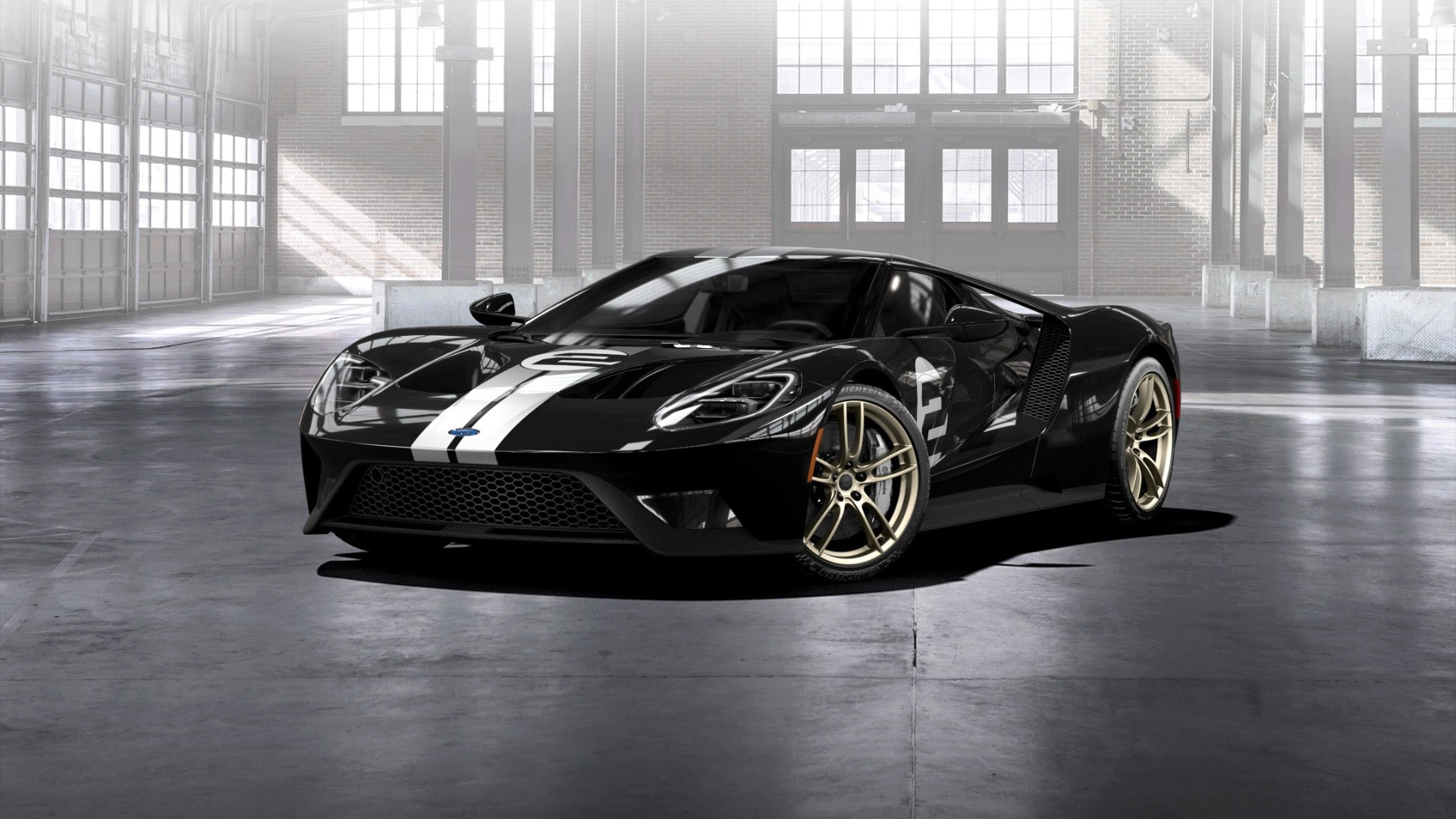 The Ford GT40 and GT are famously linked to Le Mans. After winning the GTE category at the race in 2016, special liveried versions of the GT road car were introduced, commemorating original winners in original colours. The racers taking to La Sarthe this year will be similarly decked-out. 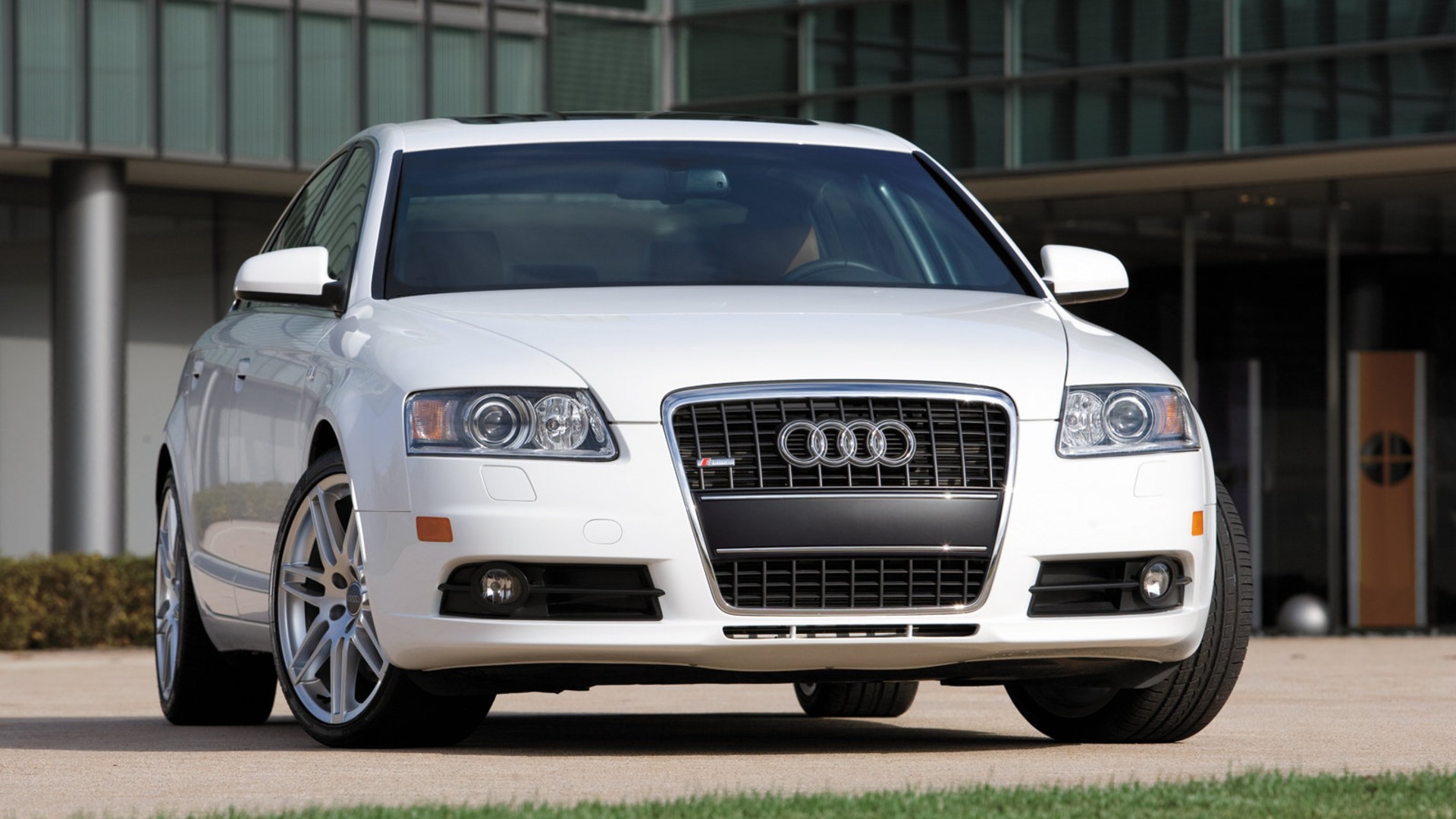 Clearly, Audi didn’t want to go too overboard with its Le Mans victory celebrations. The Le Mans Edition of 2006 is, at first glance, just another A6. Available in both saloon and Avant (estate) body styles, the 1,000 cars came with different colours, wheels borrowed from the RS4 and a luxury pack.

Audi’s flagship is neither limited, nor named after Le Mans (unlike the concept that previewed it). It was the halo model built to celebrate the marque’s success at La Sarthe, though. It was named after the R8 racer, after all. And now, after has Audi abandoned its top-level LMP racing programme, the R8 is rumoured to be on the way out. 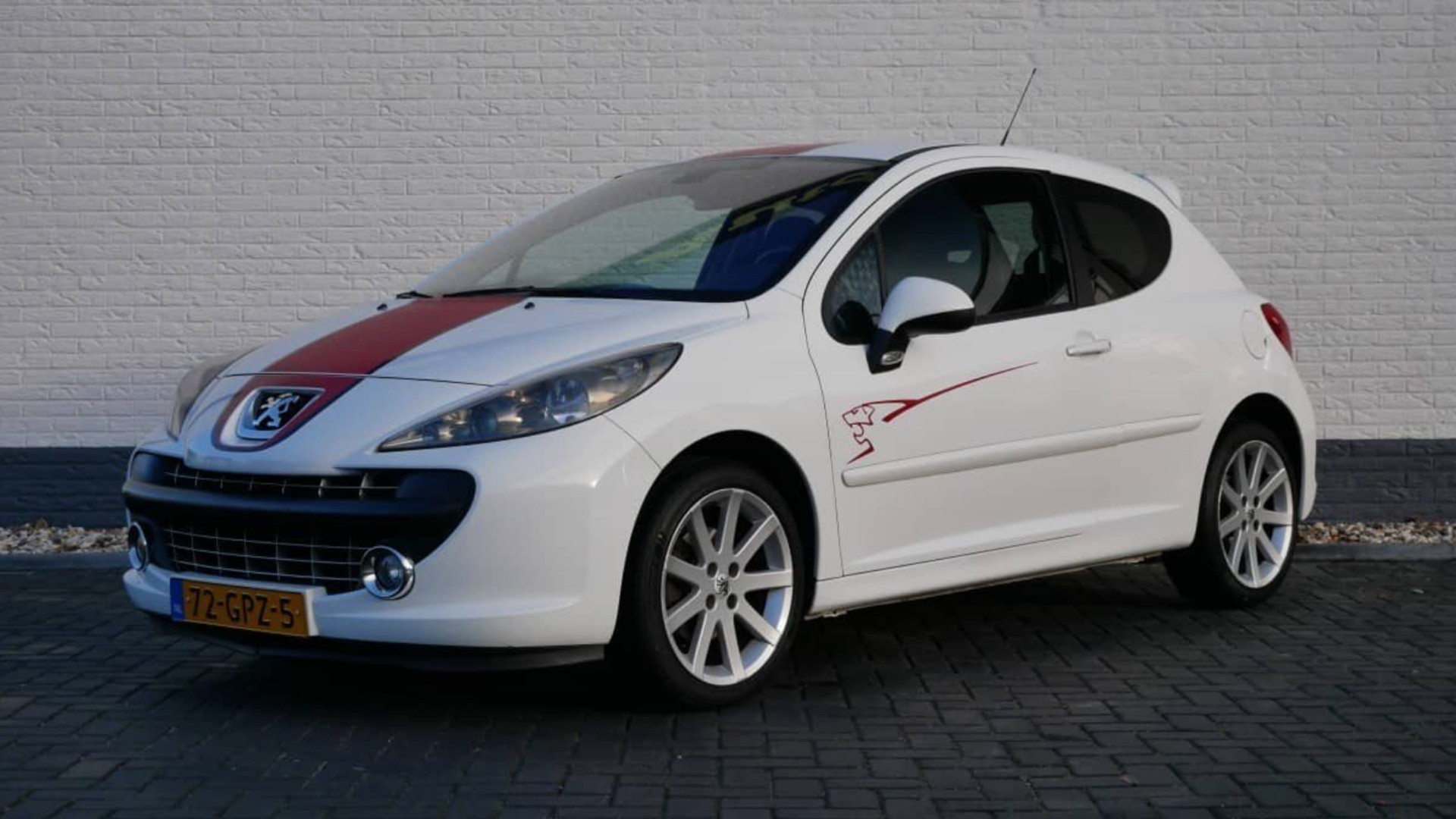 The Le Mans Edition Peugeot 207 was announced just as the marque took the top three qualifying spots at the 2008 race. The spec was available across most 207s, including the 175hp variant. Sporty styling in shadow chrome and body colour, plus a racing stripe, mark out each of the 2,000 examples built. 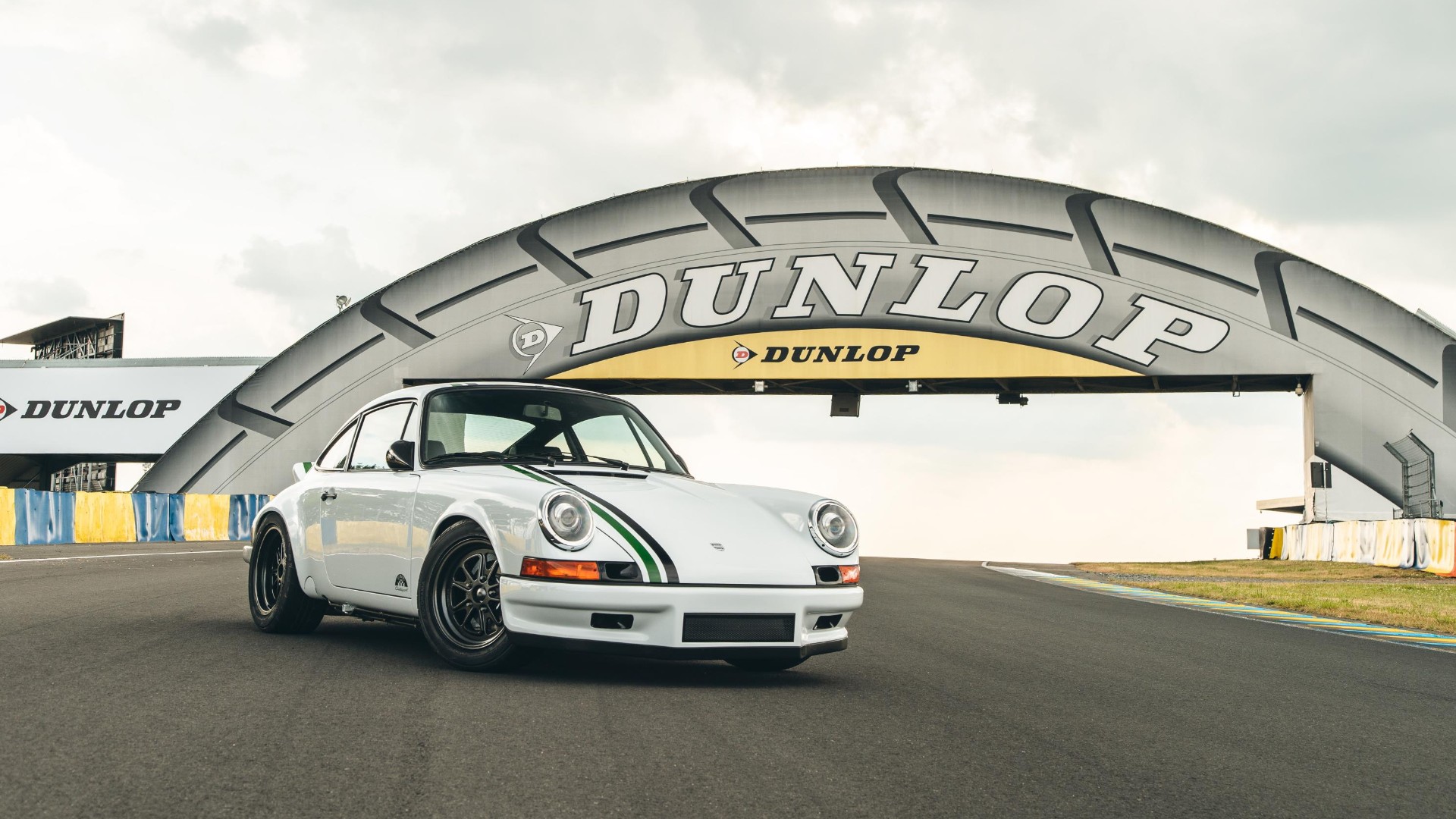 Think ‘Singer scaled down’, as a tribute to the biennial Le Mans Classic event. There will be just 10 examples of this officially licenced special, built by Paul Stephens Autoart. The Le Mans Classic Clubsport offers a blend of classic 911 style with contemporary performance. 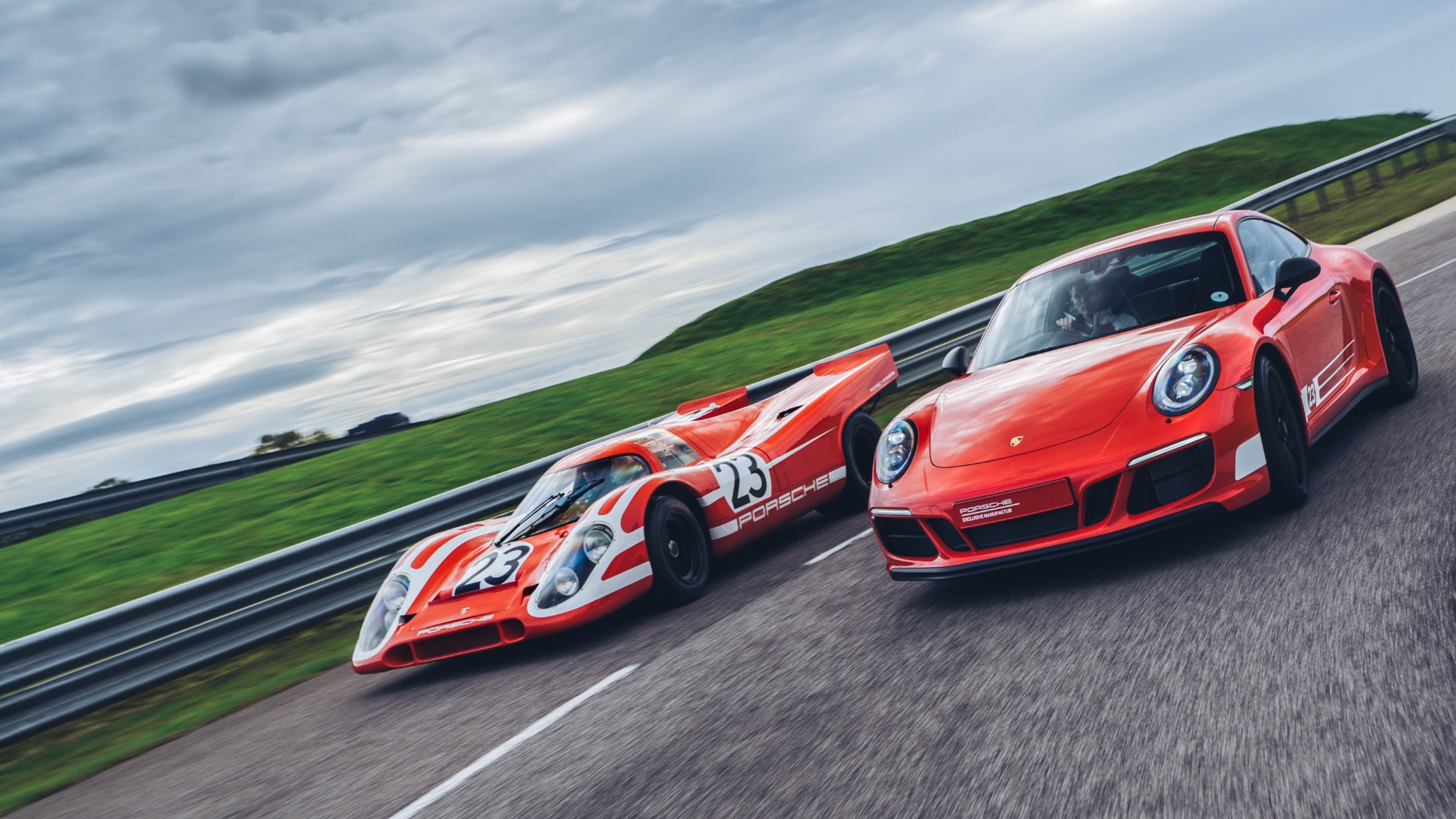 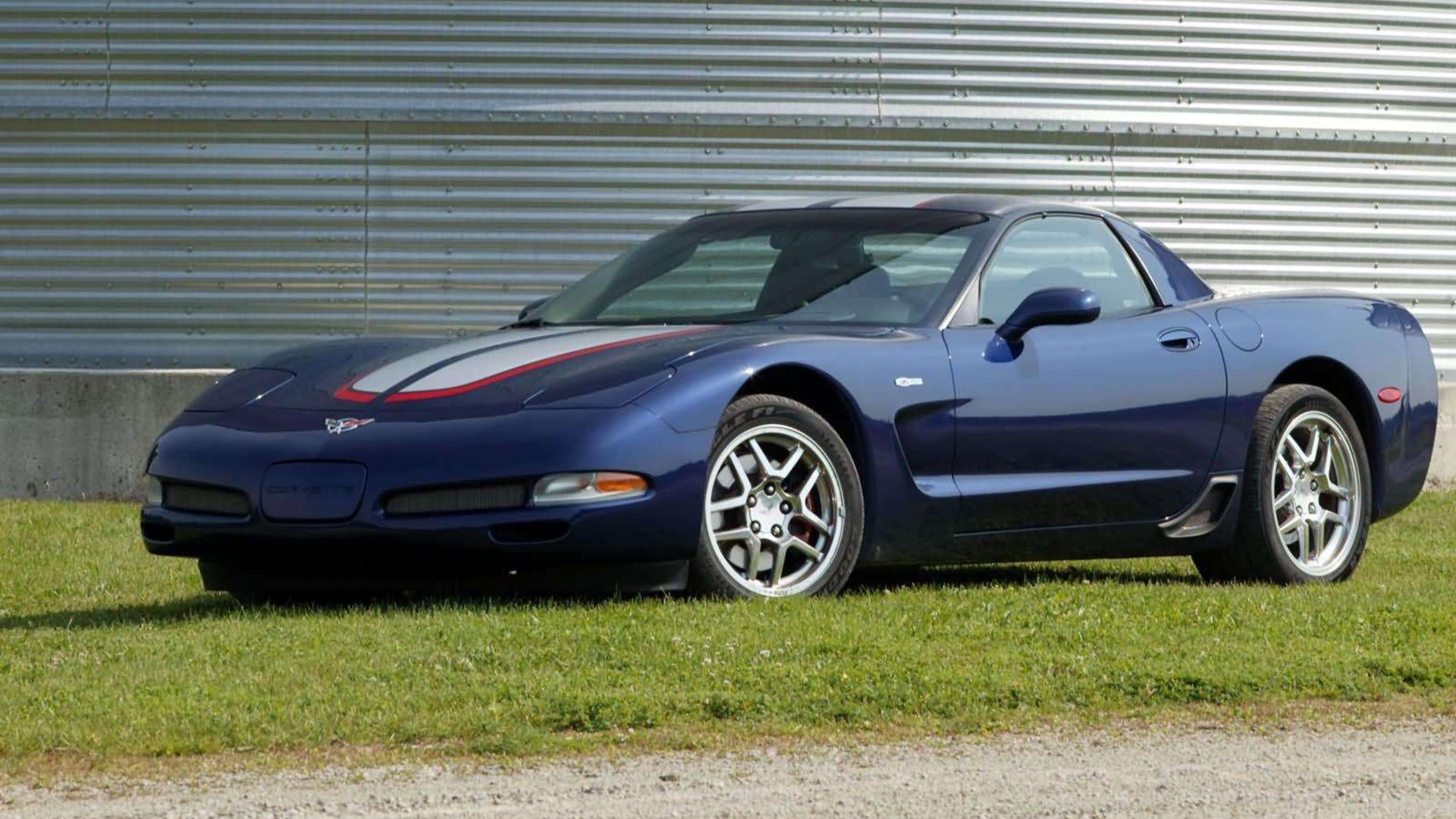 The Corvette, legend as it has become at Le Mans over the past 20 years, commemorated the famous 24hr race in 2004 during the twilight hours of the C5 generation car. A splash of Le Mans Blue Metallic on the bodywork, plenty of badging and if you were in a Z06, a carbon hood with standard striping, completed the package. 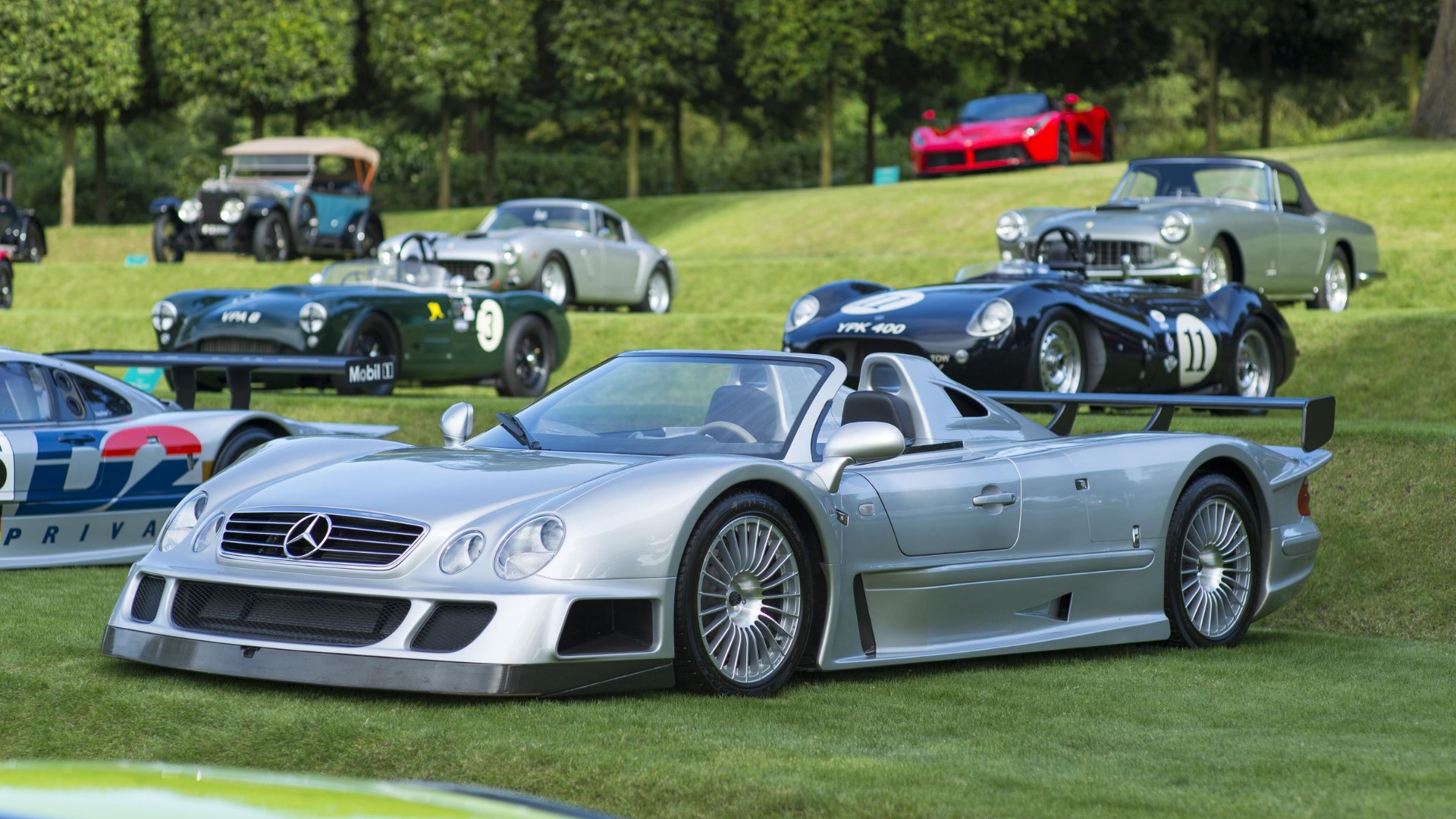 These last few are fun. Meet the homologation cars, specifically built so that the racers could be allowed to compete. First-up, here’s the Mercedes CLK GTR. 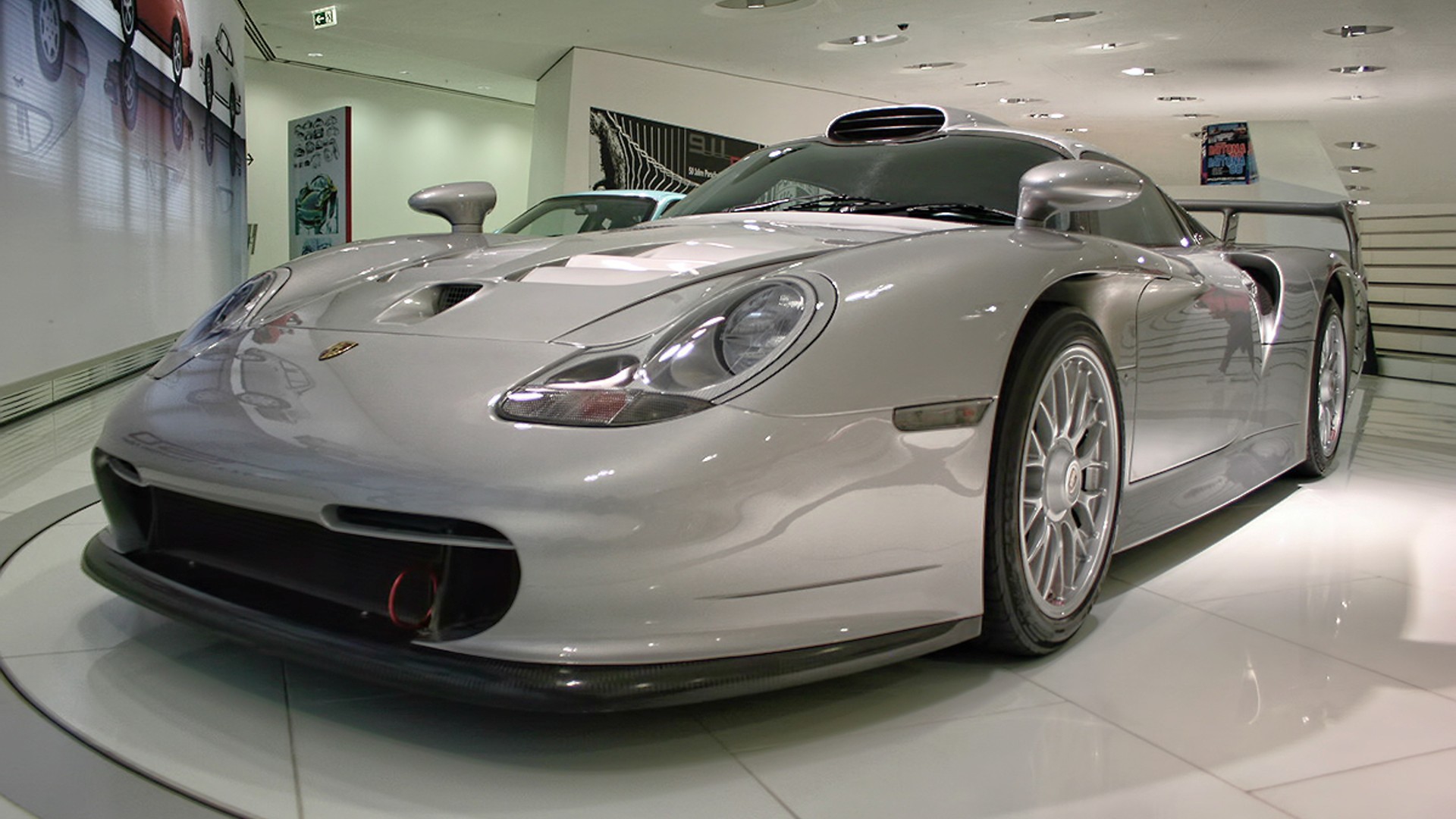 The second (although it’s the car that came first), is the Porsche 911 GT1. The road car was named the ‘Strassenversion’. It was partly a reaction to McLaren’s 1995 victory with the F1, which proved there was Le Mans-winning potential in road cars. 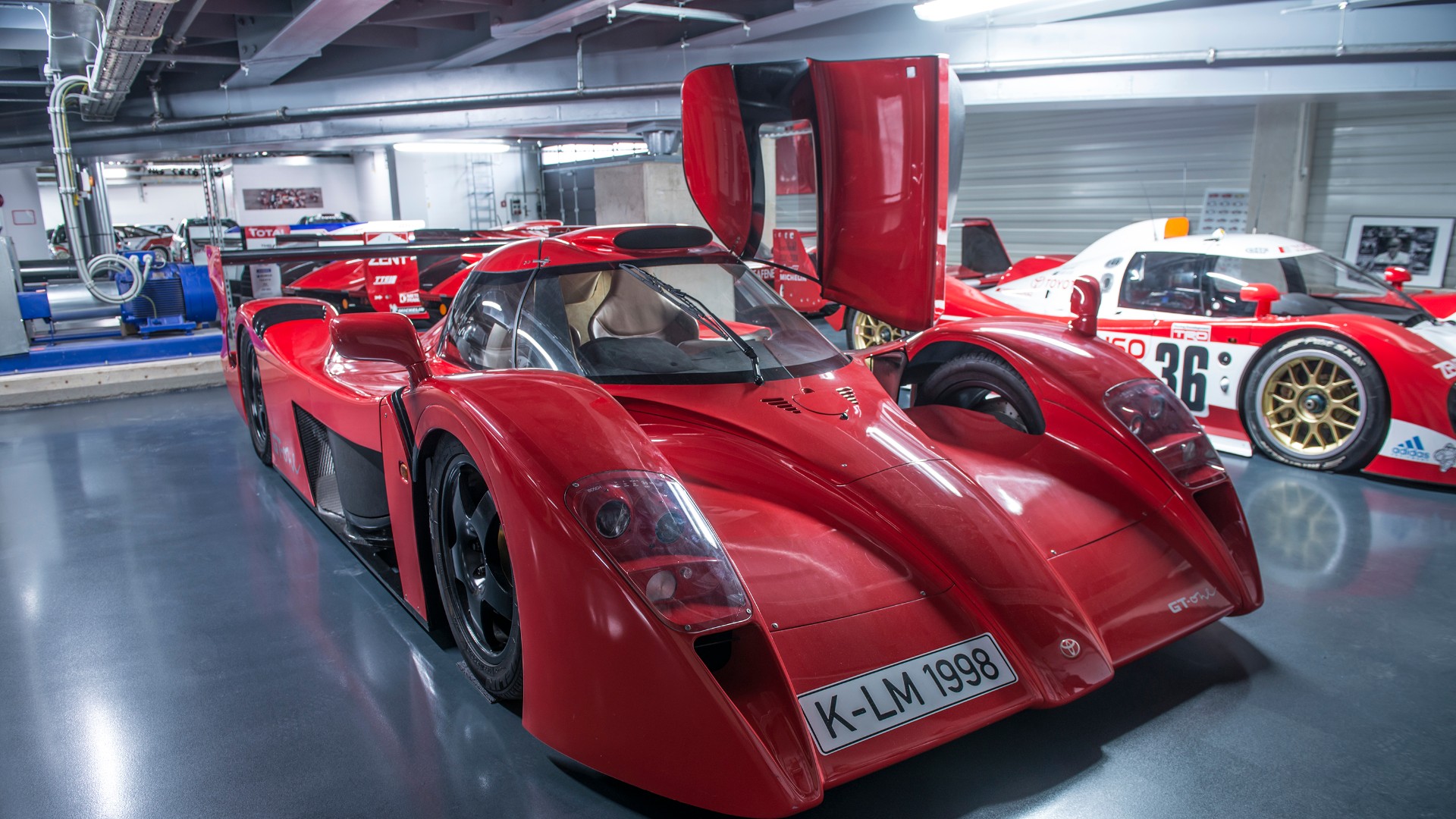 And finally, the least roadworthy racer of all. There are only two GT Ones, one of which is still owned by Toyota. Technically, they’re road cars, but just look at it. It’s a racer through and through. This, like the CLK and 911, isn’t a celebration or special edition; it’s a car born out of Le Mans racing necessity.

How to drive safely on a smart motorway

Many parts of the motorway network use technology to monitor and manage the flow of traffic. Here's how to drive safely on a smart motorway.
Read more