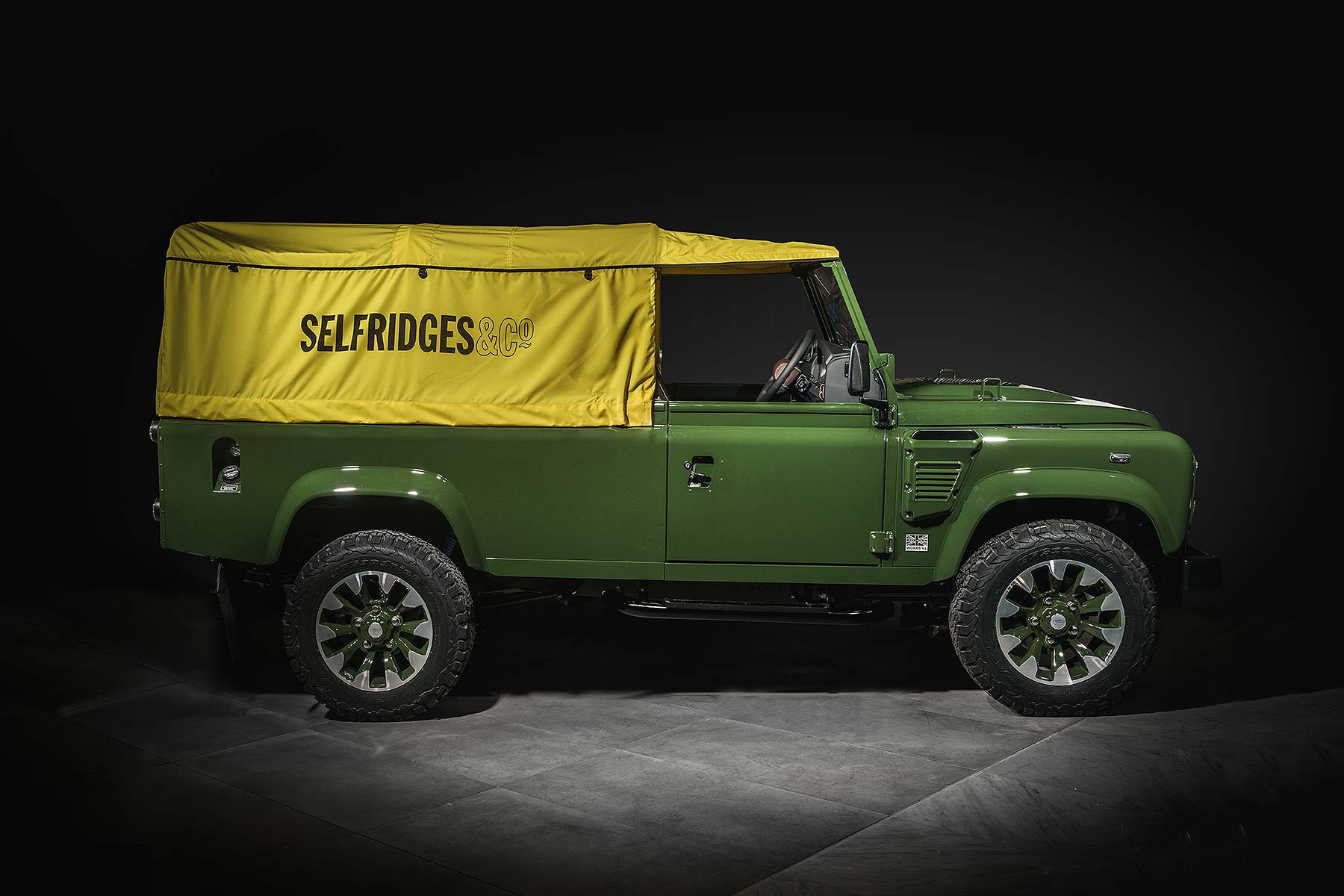 A special one-off Selfridges Edition Land Rover Defender Works V8 is now on permanent display in the London store – after being disassembled, hoisted through a first-floor window 11 metres off the ground and rebuilt on the shop floor.

The new exhibit for the Oxford Street store’s Designer Street Room menswear department will be left unlocked for visitors to sit in. Selfridges’ Sebastian Manes says the Defender will “act as a platform for our art and fashion partners and is a key feature within this dynamic space”. 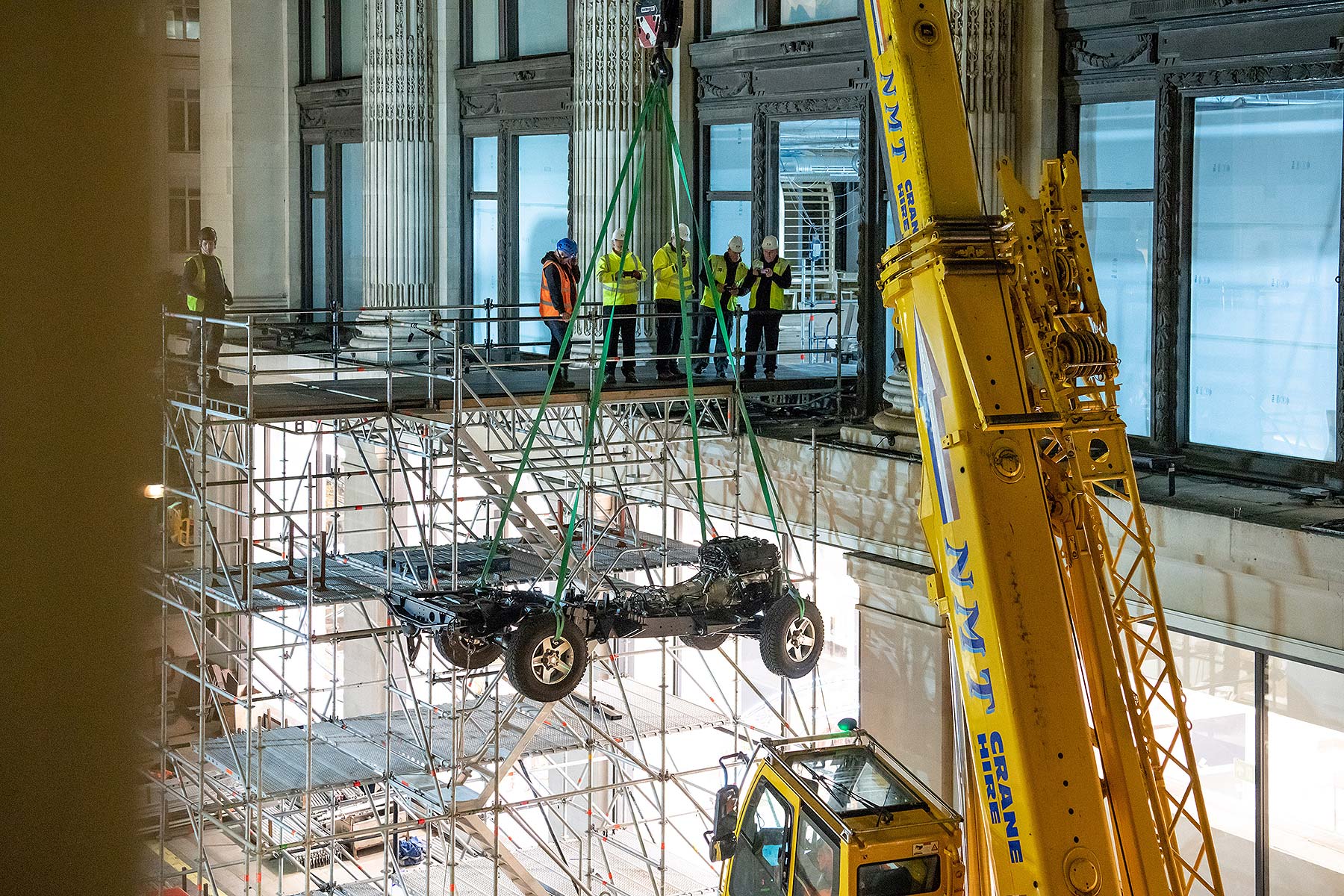 It’s going to be an “ongoing relationship that will celebrate creativity and design in an unexpected way,” he added. Sounds like there’s plenty more to come.

Which will be just reward for the team of Land Rover Classic technicians who worked flat-out to build the Defender from a rolling chassis in just four days. It took more than 930 man hours to create the vehicle, said Land Rover. 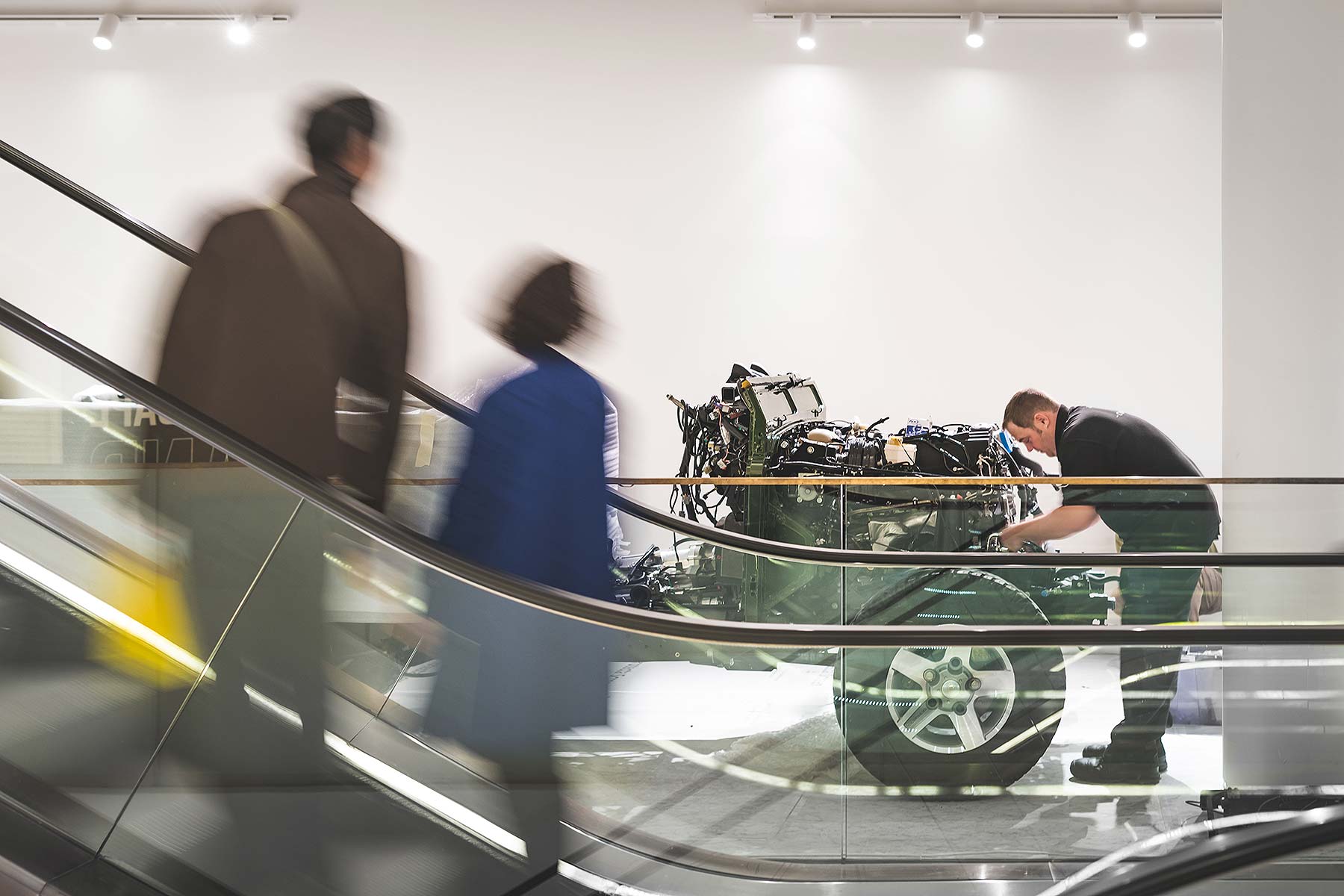 Jaguar Land Rover Classic director, Tim Hannig, said: “This may be the most quickly-assembled one-off Defender in the world, but it will be on display at Selfridges in London long enough for customers to enjoy.”

Prior to the V8 conversion, it was a 2016 Defender 110 2.2 TDCi Pick up. Five months of craftsmanship at Jaguar Land Rover Classic Works saw it turned into the one-off Selfridges Edition.

The 405hp V8 gives it a 237 percent power boost, and bespoke Selfridges features include Bronze Green metallic paint, branded hood in Selfridges yellow, retro seats and plenty of Selfridges badges. There are 25 bespoke parts over and above the 70th Edition Works.

It’s a prime bit of product placement for Land Rover: an estimated two million Selfridges customers will see it each year, and it’s likely to form a key part of the store’s 110th anniversary next year.