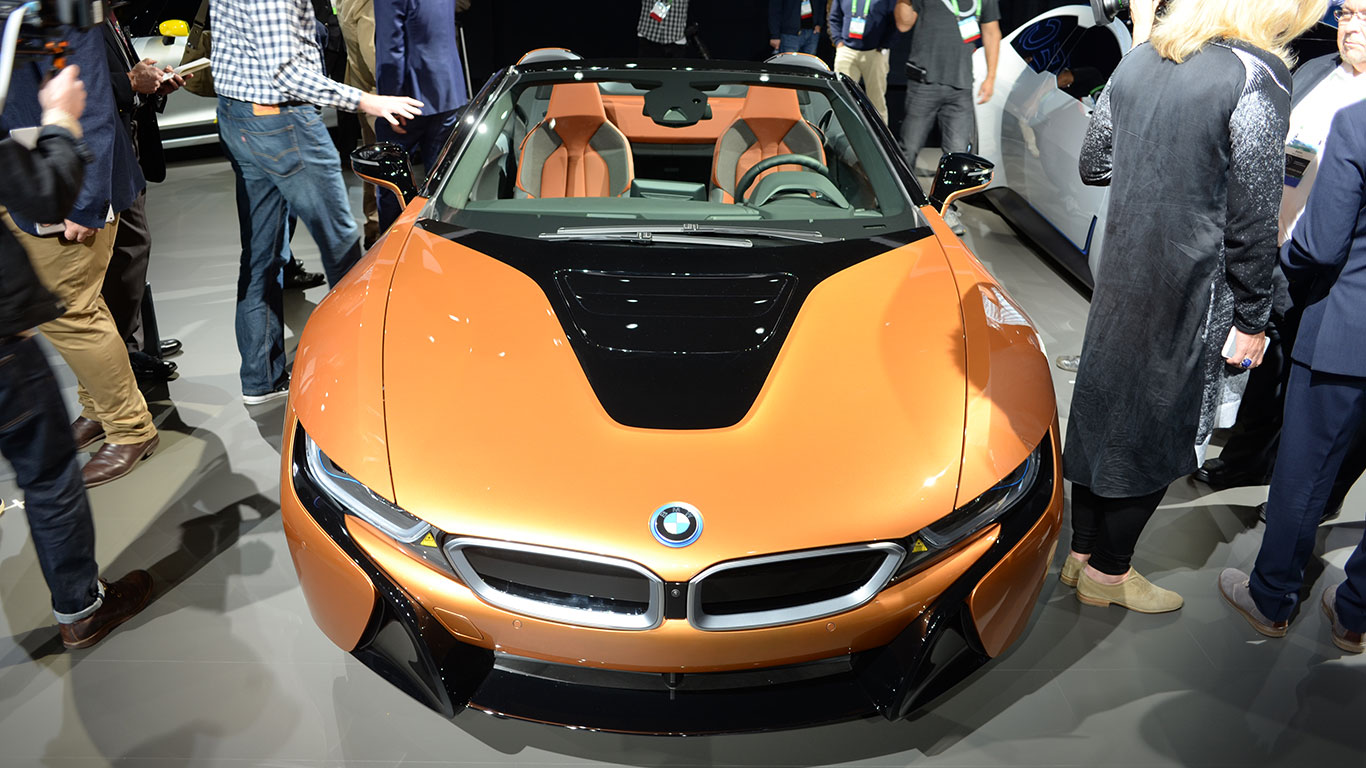 The LA Auto Show is a feel-good show. Local hotels and restaurants are putting out the Christmas decorations, despite the sunshine and 25-degree temperatures outside, and the just-right size and just-so layout of the stands means it’s a show it feels churlish to gripe about.

Manufacturers reward it by showing some interesting cars, and bringing along Grade-A execs to present them. Sure, the list of genuine world-firsts is slight, but this doesn’t stop LA having its own share of surprises – this year, there were certainly some prominent ones on the roster that proved its status as serious car show. Such as? Let us be your guide… 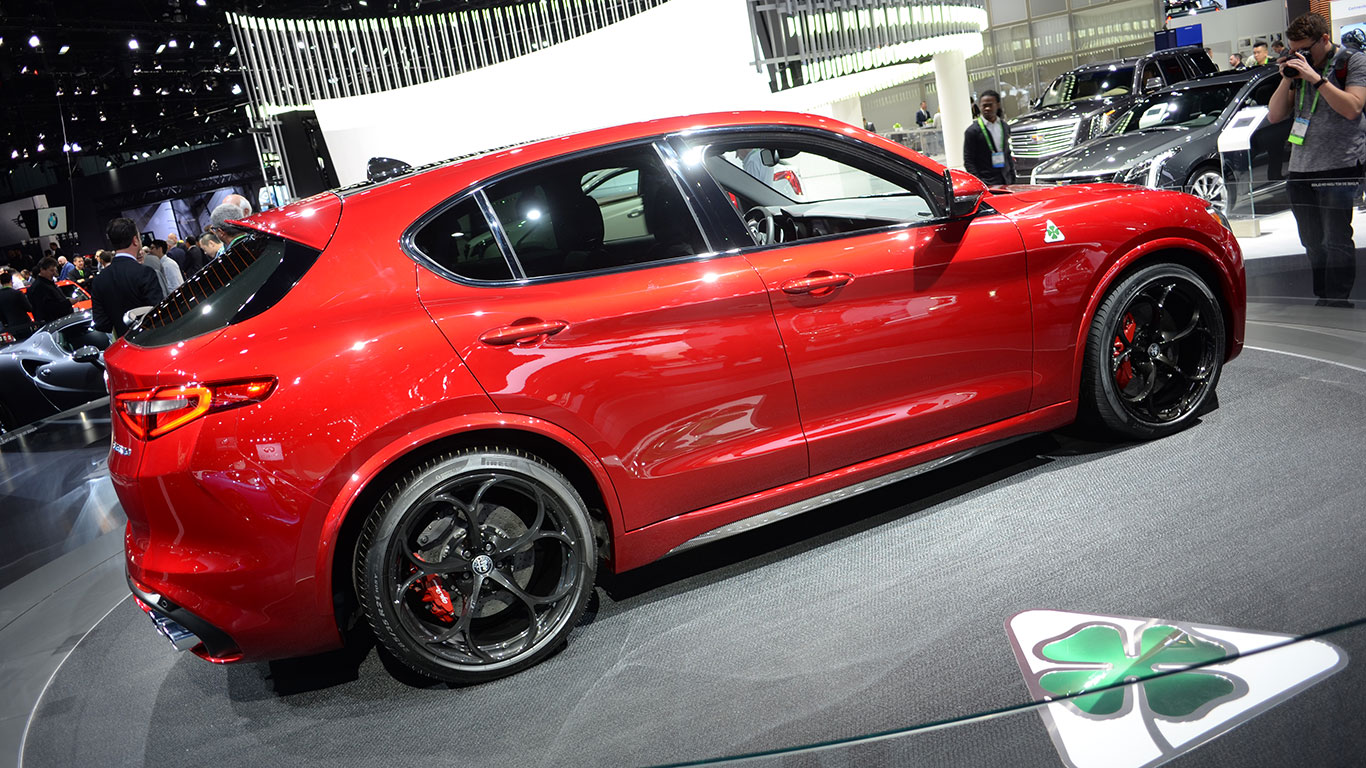 America is back in love with Alfa Romeo. The Giulia was the warm-up: now, the Stelvio SUV is the car winning over hearts, few more so than the potent-looking QV version. Its V6 turbo engine produces 510hp and has, literally, more than a whiff of Ferrari about it, while the gorgeous Alfa red paint of the show stand car couldn’t help but draw onlookers. Your writer remembers when Alfa was relegated to a corridor at LA, merely in the way of the other big brands. Not anymore. 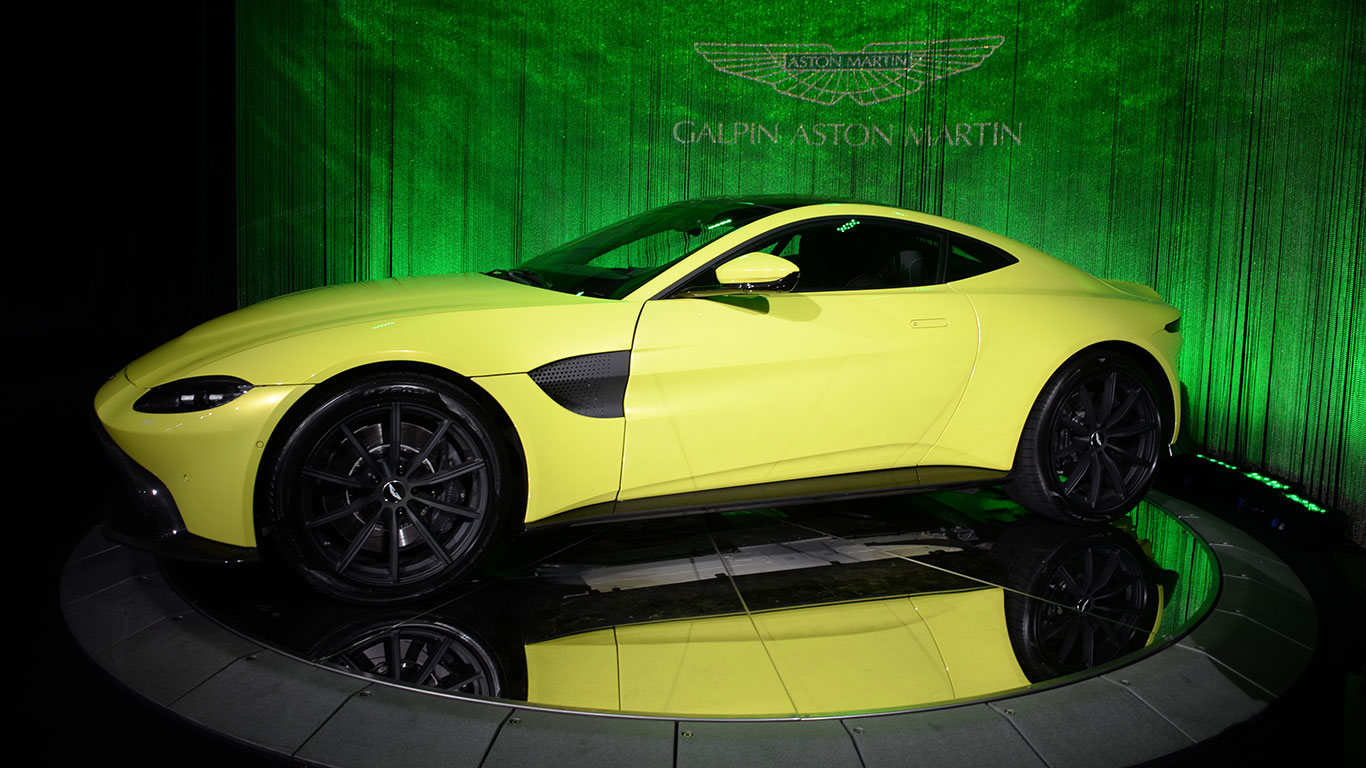 Aston Martin wasn’t there in person, probably because it was still giving itself high fives over the successful UK launch of the new Vantage. That didn’t stop massive local dealer Galpin Motors convincing the firm to ship over one of the first models for it to display on its incredible hall-of-its-own stand. In what other colour, but vivid lime green? Perfect. 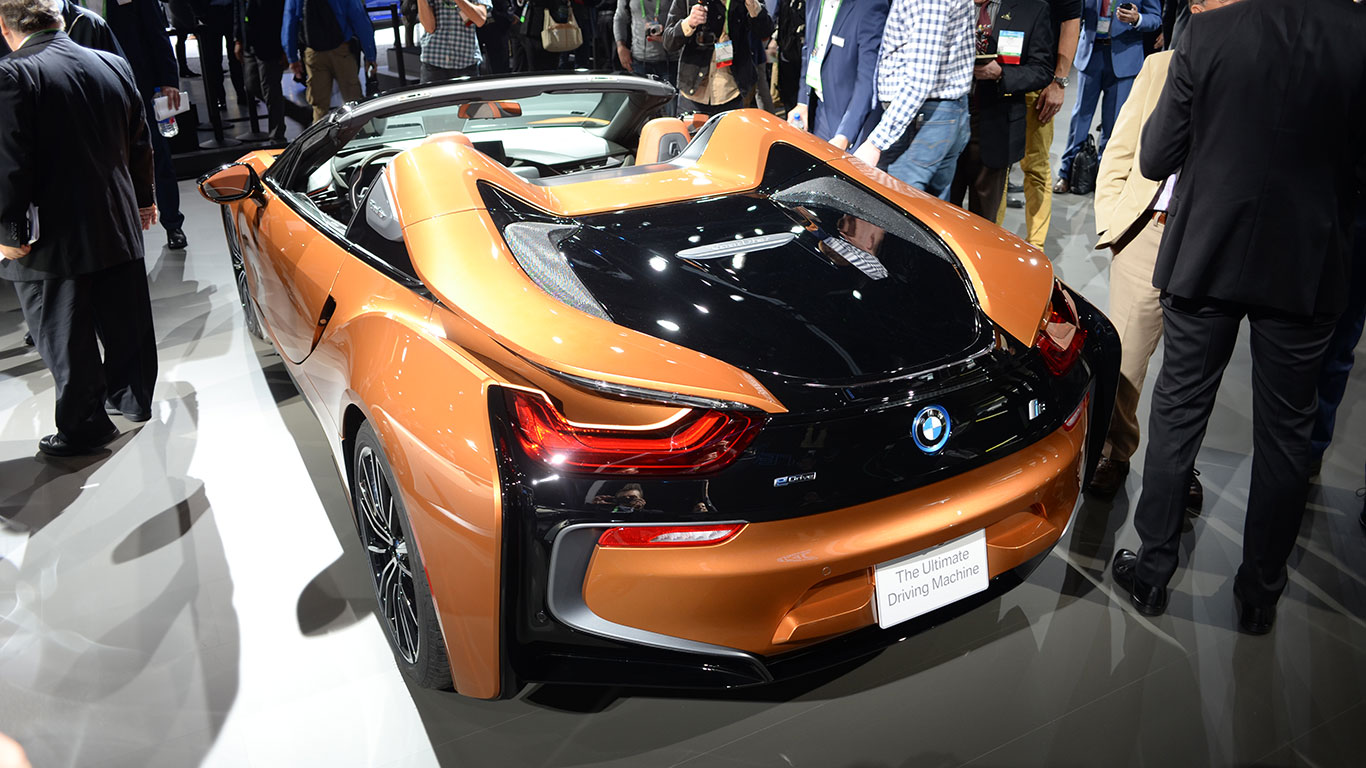 BMW has been chopping the roof off the i8 almost as long as it’s been making the i8. But only now is it an official production car, as opposed to a concept. And it looks even better than we ever imagined. The i8 Coupe, as it’s now called, is a cool car, but don’t be surprised if the majority of buyers choose the i8 Roadster instead. 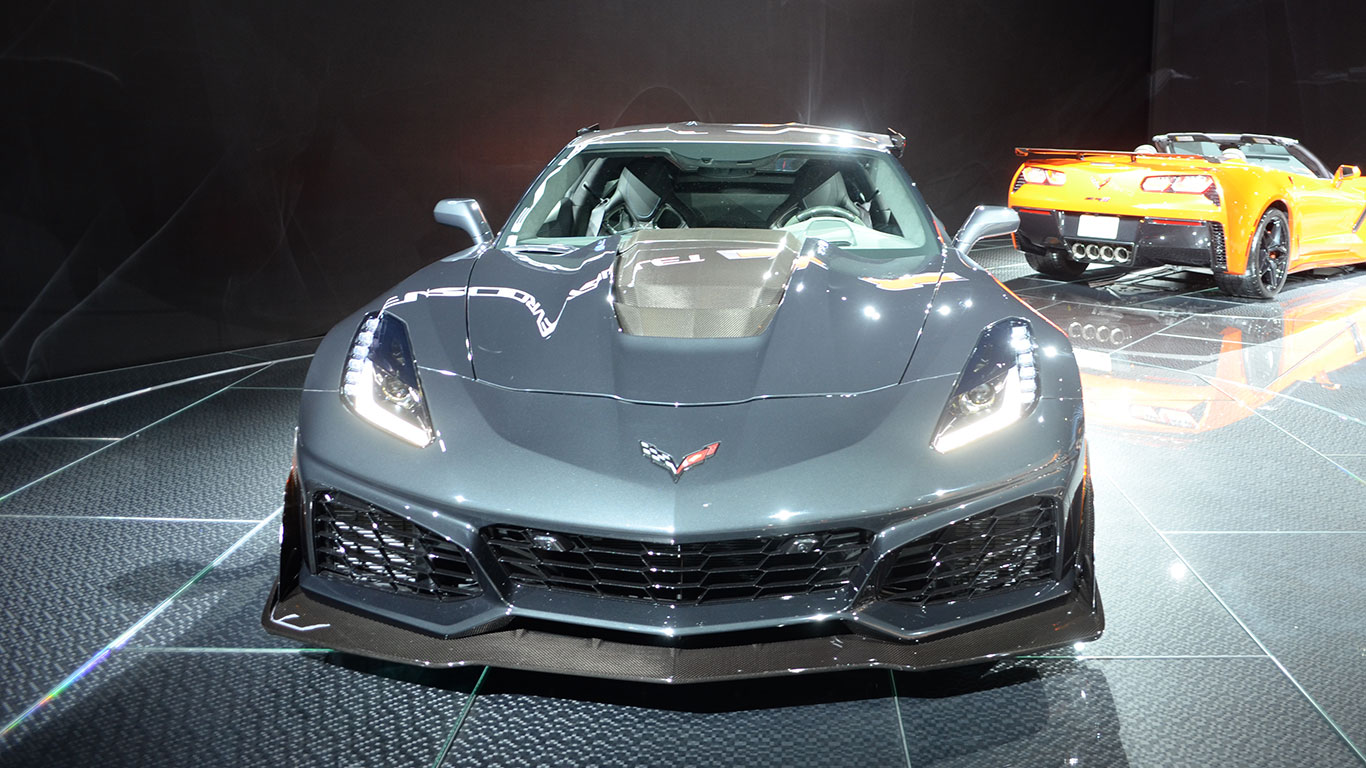 Monster power from a monster Corvette. But also a dinosaur. This is a last hurrah for the front-engined Corvette: its replacement will have an engine in the middle, one producing even more power than this ludicrous powerhouse. If that’s progress, hang the history: we’re all for it. 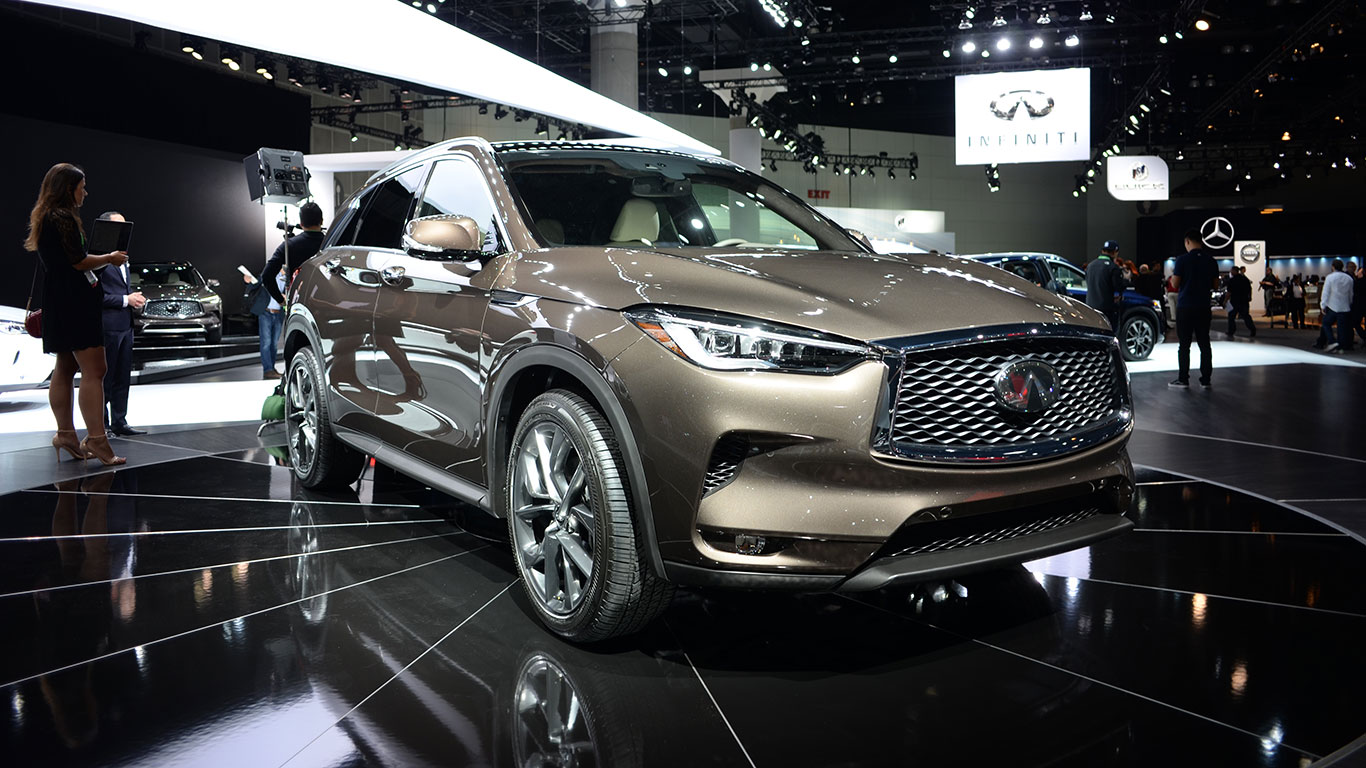 This is the most important Infiniti there’s ever been. Sure, it’s an SUV; god knows, how could it not be? It replaces a similarly-sized SUV that was forgettable. This one won’t be, though. Because it’s powered by the first production-ready variable compression engine in the world. A colossal breakthrough two decades in the making, that means it’s as economical as a diesel but as powerful as a V6. Infiniti’s so confident in the merits of this engine, it’s not offering the pretty new QX50 with any other motor. How rival makers must be stomping their corporate feet at the Japanese premium brand’s potential engineering-led big break into the big time. 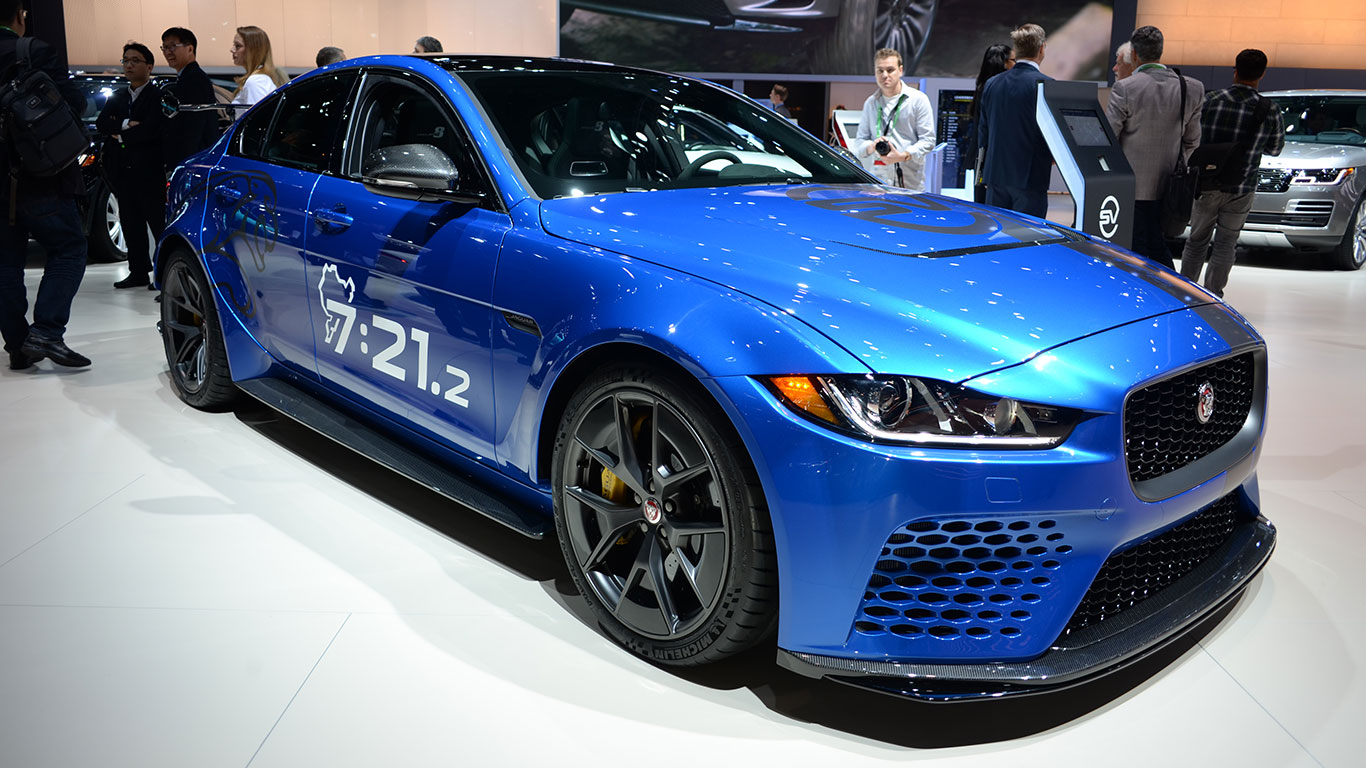 It costs £150k, but for good reason. Very little of a regular XE is actually left. And the reward for Jaguar indulging its SVO engineers with this wild flight of fantasy? A record-breaking Nürburgring lap time. No four-door production-spec car has lapped the Green Hell more quickly than this. It’s 11 seconds faster than the previous record holder, the Alfa Romeo Giulia QV. Dammit, it’s even faster than a Ferrari Enzo. £150k, you say? Bargain. 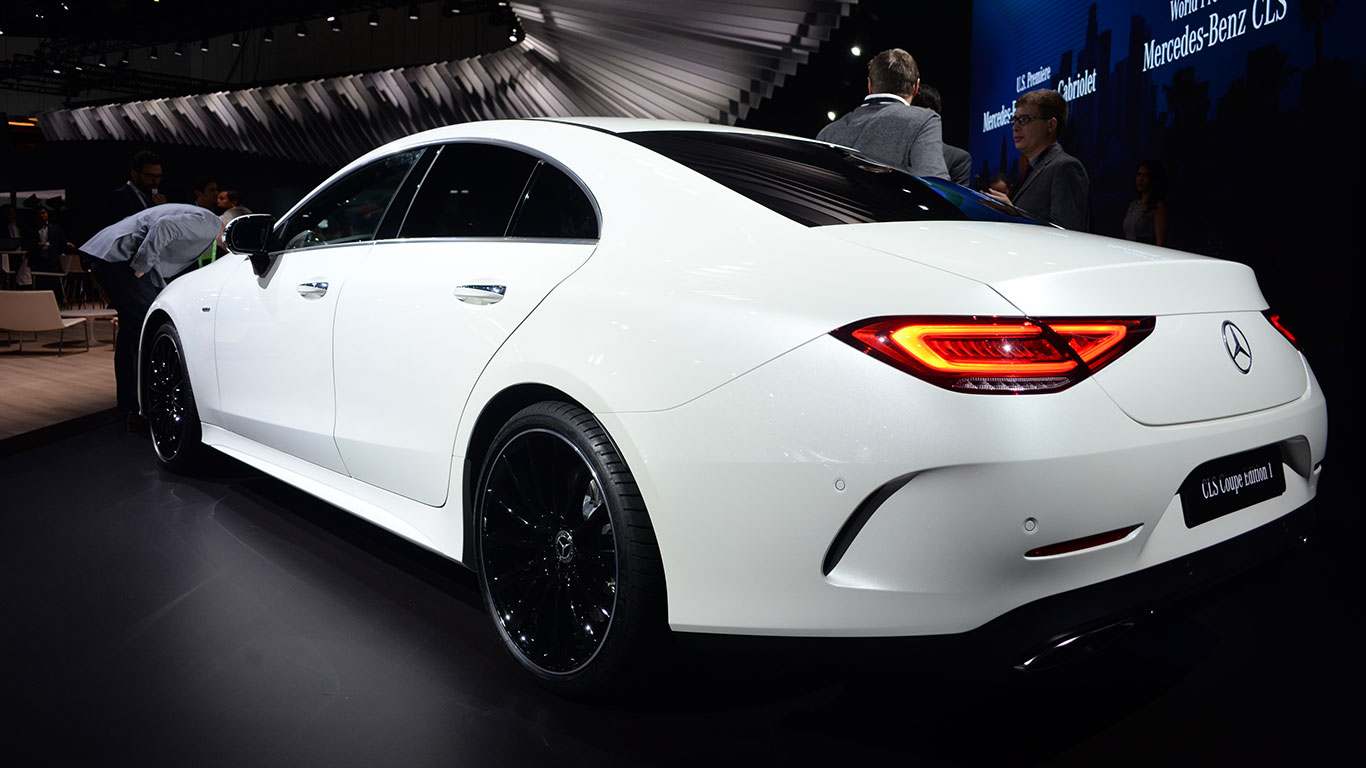 The Mercedes-Benz CLS. First one, great. Second one, not so. Here’s that tricky third album, make or break for the CLS. The initial signs are good, with a sexy body shape drawing back to the reason why people loved the original, and steered clear of the ham-fisted second one. Will it sell, for upwards of £55k at a minimum? We’ll see. But we hope so. Not everything needs to be SUV-shaped these days. There’s still room for a bit of beauty. 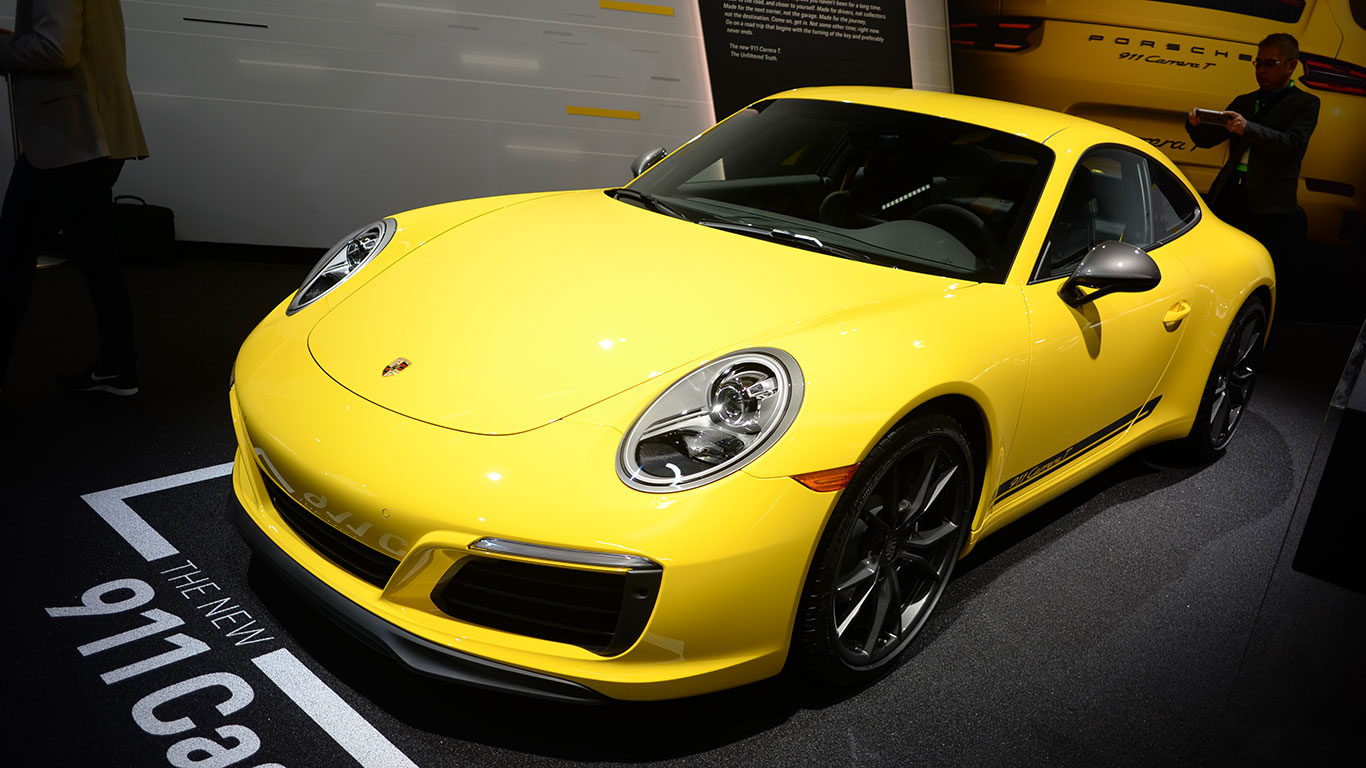 The Porsche 911 Carrera T has already gone on sale in the UK, and if you’re one of the people who have placed a deposit on the £85,576 stripped-back 911, you can expect to take delivery in January. That’s one way to chase away the new year blues. Speaking of which, we’d take ours in optional Miami Blue, a snip at £1,877. 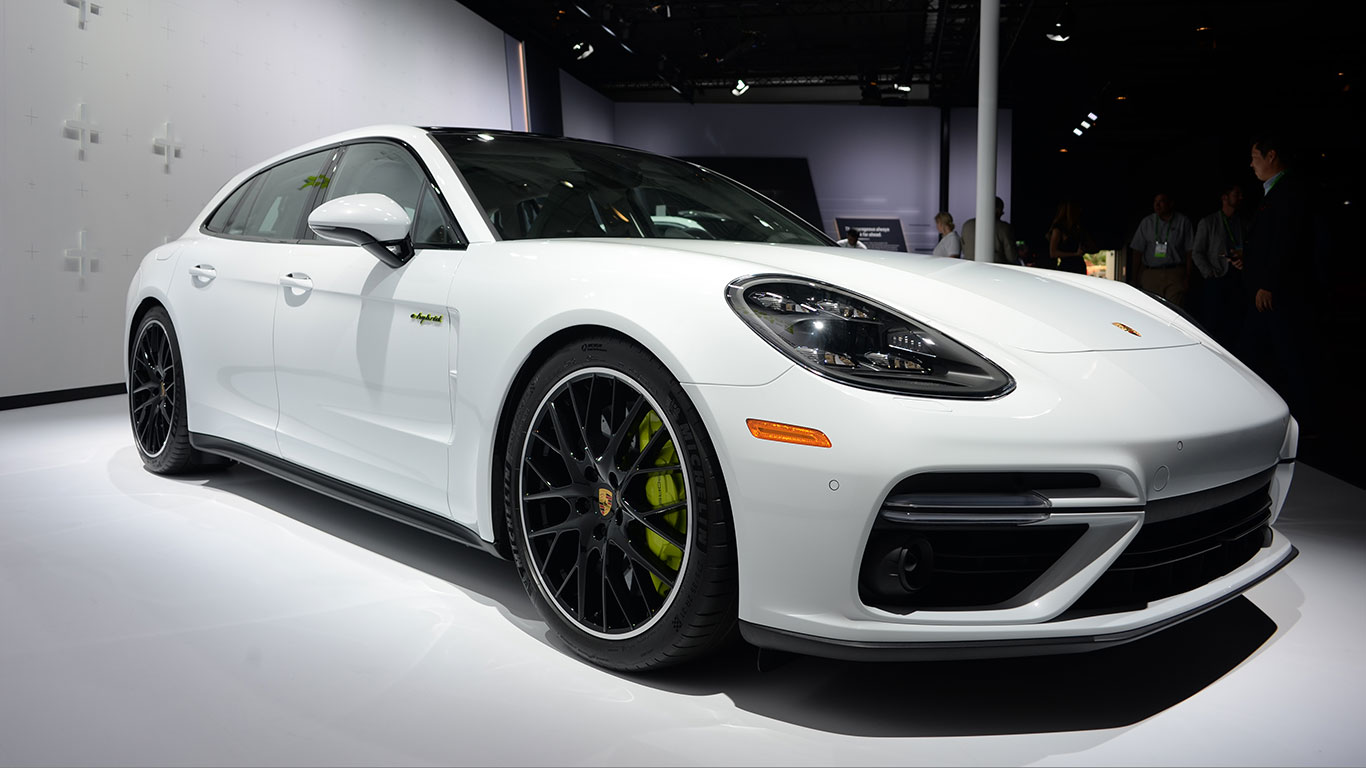 This is a formidable machine. With a combined output of 680hp, the all-wheel drive Panamera Turbo S E-Hybrid Sport Turismo will sprint to 62mph in just 3.4 seconds, before reaching a top speed of 192mph. Driven carefully – some chance – you can expect an electric range of 15 to 30 miles. The price: £139,287, before options. 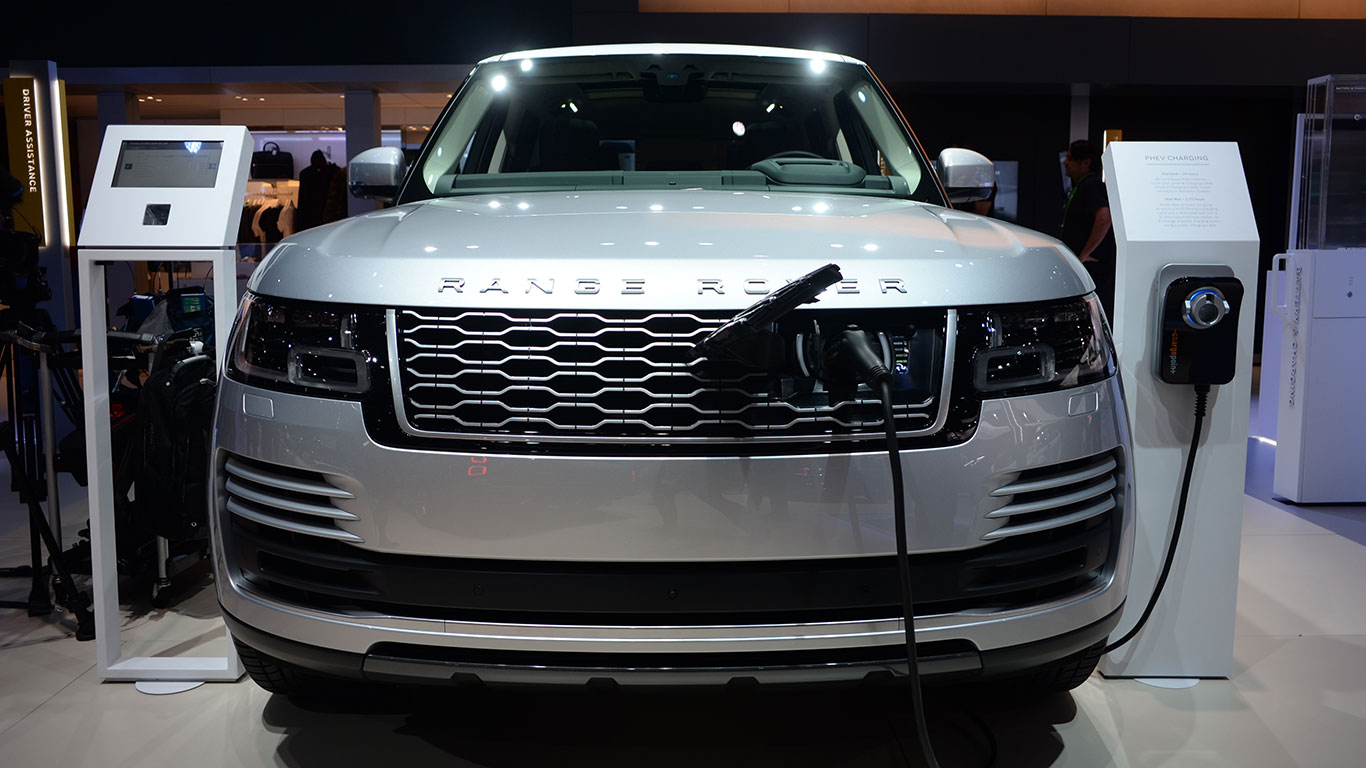 The Range Rover’s facelift is subtle, but the big changes lie under the skin, most notably the arrival of a new plug-in hybrid version. The P400e boasts a 31-mile electric range, 101mpg NEDC fuel economy and total power output of 404hp. Prices start from £86,965, but you’ll pay £105,865 for the Autobiography. 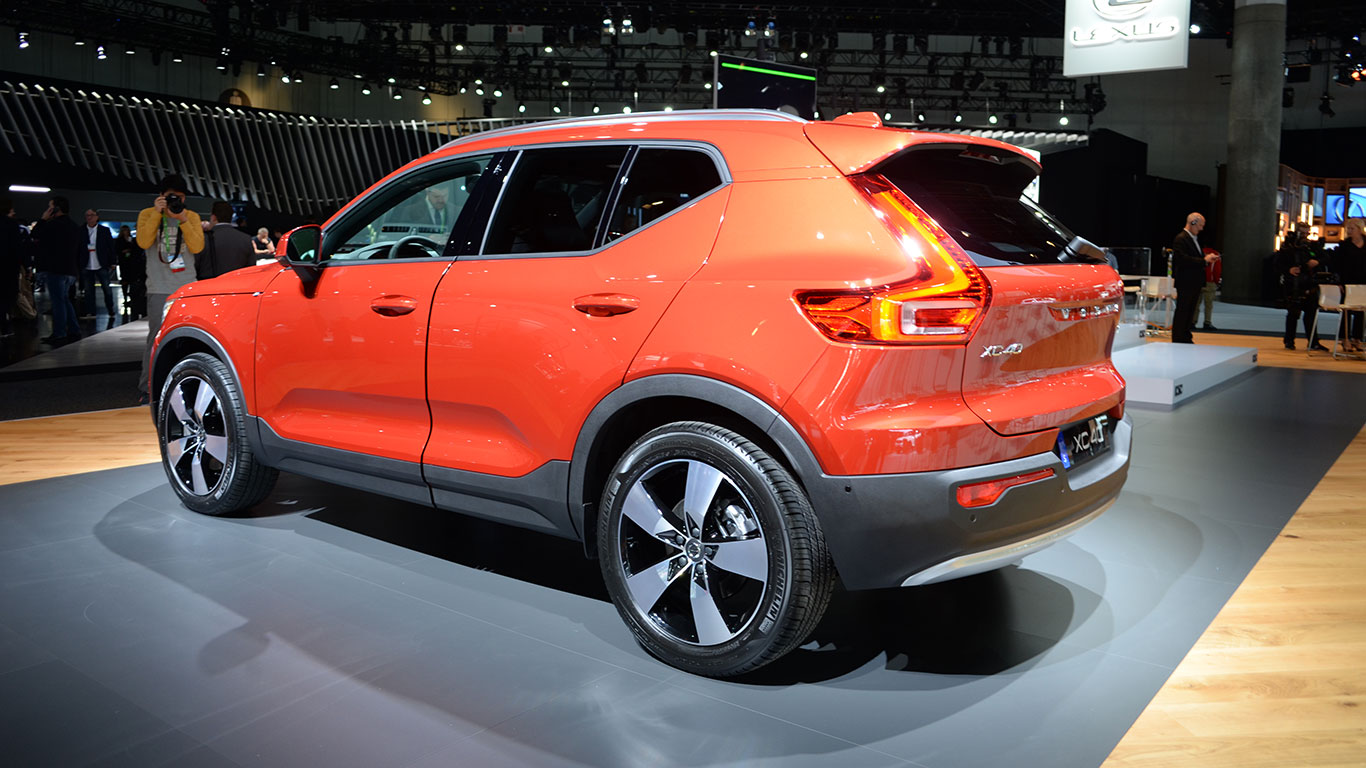 The original XC90 and XC60 were hugely successful in North America, and we expect the XC40 to follow suit. We’ve driven the compact SUV and can confirm that it’s every bit as good as it looks. We had no hesitation in giving it a maximum five-star rating, and the word on the floor in LA is that Volvo has another hit on its hands.