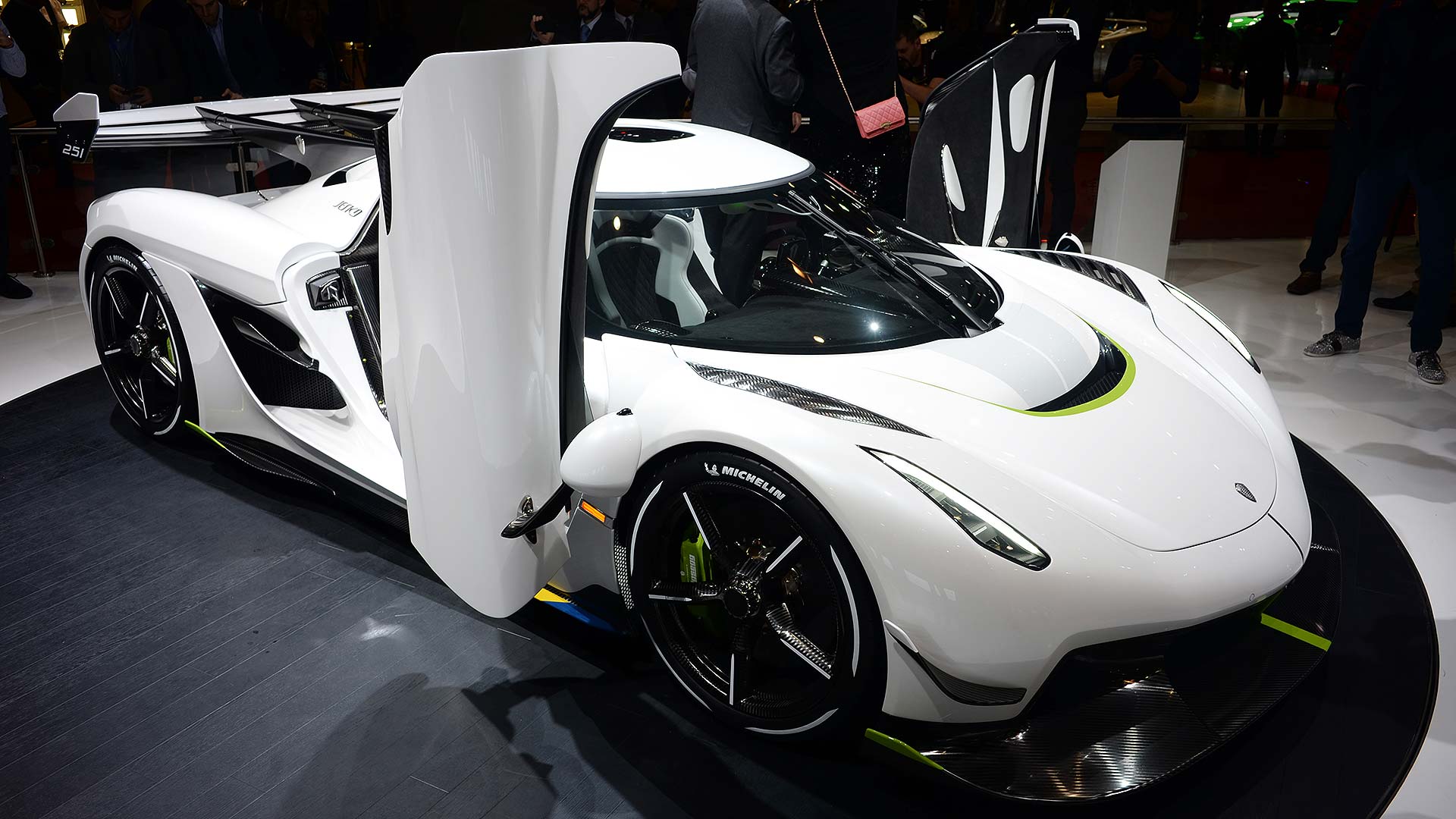 Koenigsegg has revealed the long-awaited successor to its Agera RS hypercar. You know, the one that smashed the record for highest top speed for a road car, with a cumulative average of 276mph, and a 284mph V-max… 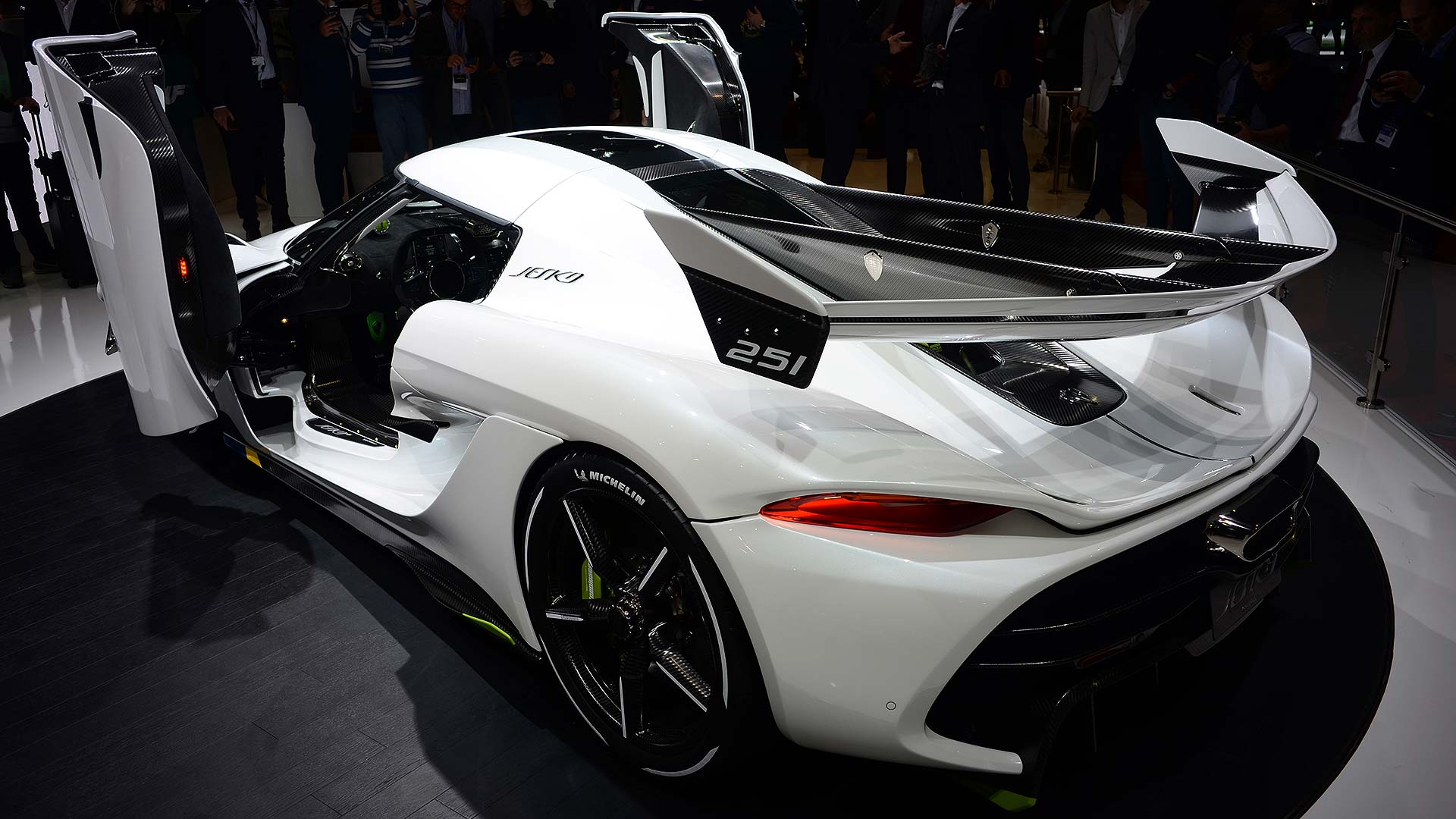 On E85, the subtly reworked 5.0-litre twin-turbocharged engine can produce a faintly ridiculous 1,600hp. This, thanks to new larger turbochargers that have their own blown air feed via a compressor and a 20-litre carbon tank, to fight lag.

Also new are the reworked cylinder heads, a 5kg lighter flat-plane crankshaft and individual combustion chamber management. Thanks to catalytic converter heaters and various other tech, it’ll be globally emissions compliant until 2026…

Light Speed Transmission: The cleverest gearbox fitted to any car 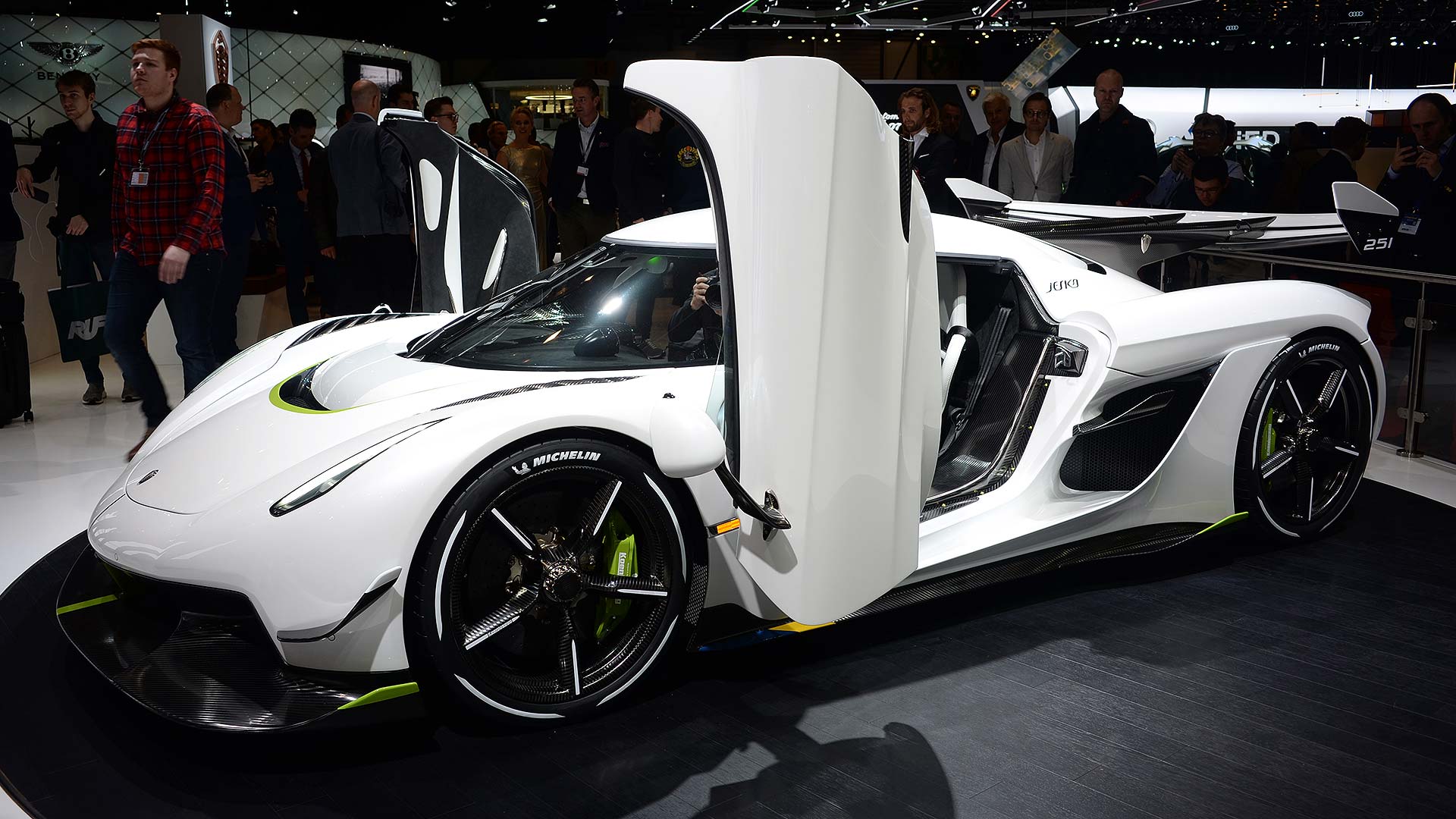 What’s putting all that power to the wheels, then? Well, Koenigsegg is known for its clever transmissions. The Regera gets no gears (direct drive) and the Jesko gets nine. Yes, nine gears.

It has a highly compact lightweight design with a lot of internalised components, immediately giving it an advantage over dual-clutch systems. It can shift between any of the gears instantly, sort of like on a bicycle.

How? Well, like on a bike, there are multiple clutches managing six cogs for a total of nine ratios combined. Seventh to fourth? Fine, just nudge a lever two notches and the Ultimate Power on Demand (UPoD) system will select the best gear for acceleration within the Lightspeed Transmission. Yes, that is what it’s called… 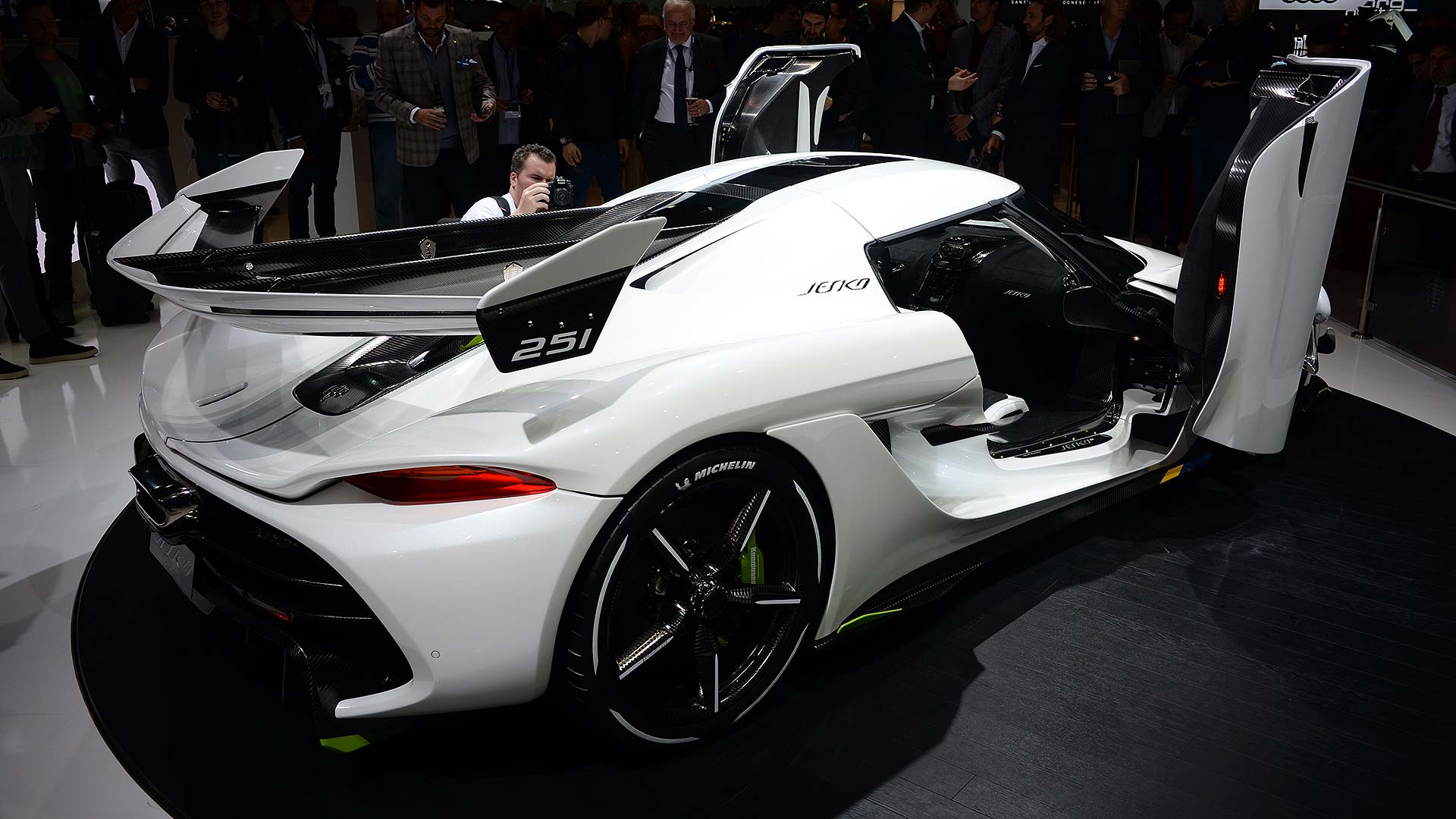 The Jesko’s sculpted and evolved bodywork can produce over 800kg of downforce at 155mph, 1,000kg at 171mph and, allegedly, as much as 1,400kg at an as yet undisclosed (and we suspect, untested) top speed.

That’s like sitting a BMW 1 Series on the top of it at a standstill. To cope with the immense forces, the car has a triplex damper at each end to manage the load. The entire suspension system has been beefed up, too. 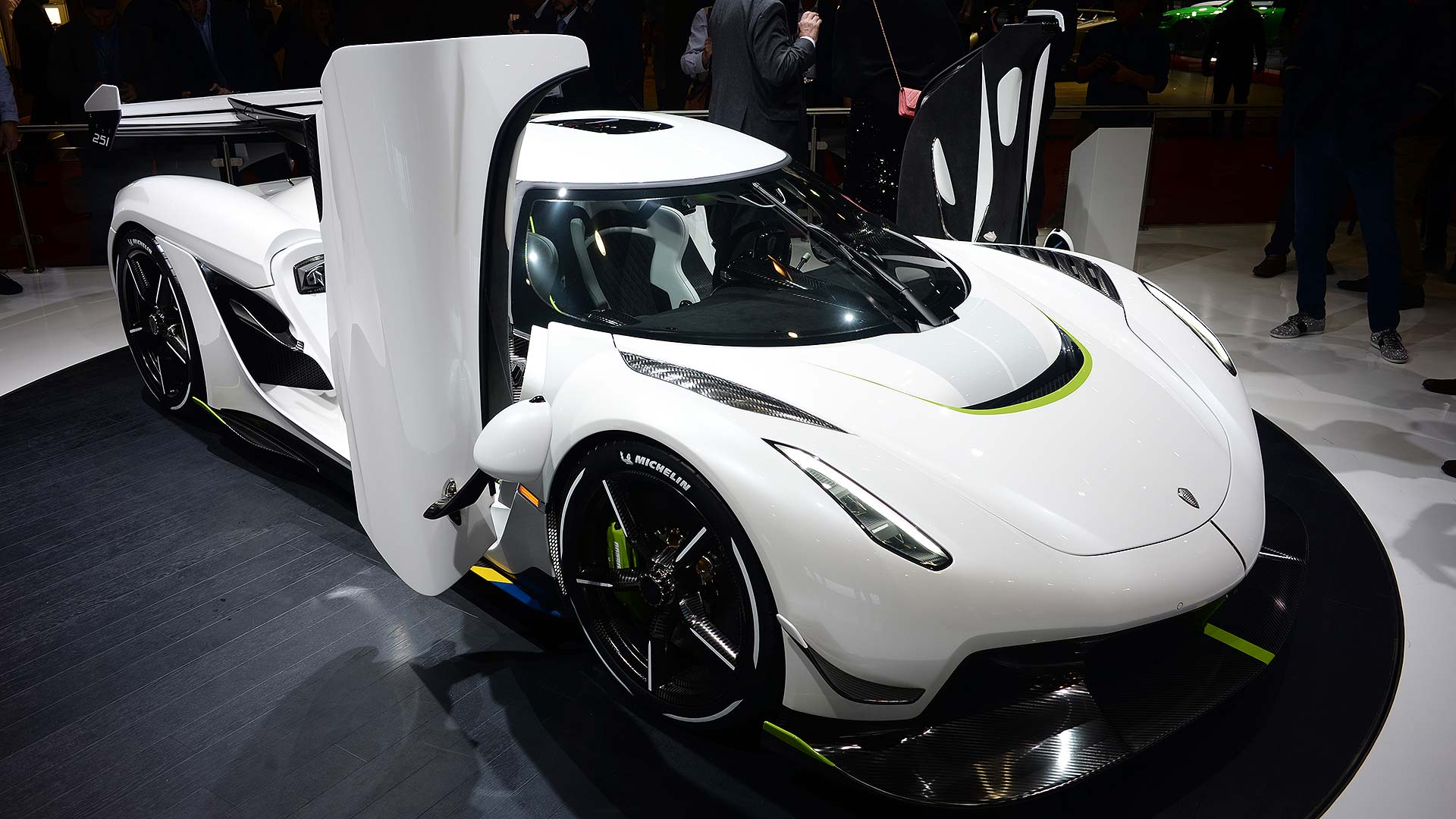 There’s a lot of debate around what is the first 300mph car. Could a Bugatti Chiron do it if it was let off its lead? Possibly. Is Hennessy very openly gunning for it, almost building a car specifically to take the title? Absolutely.

The problem is that until any of them do it, none are 300mph cars. The Jesko, as purported by Christian von Koenigsegg, will crack the triple-tonne. With 1,600hp and a low-drag set-up, we’re not here to doubt that it can and based on the marque’s prior track record, we reckon they’ll give it a shot.

That low-drag version is, per Christian’s presentation at Geneva, going under the working title ‘Jesko 300’. Yeah, he’s confident…

Jesko isn’t quite Ragnarok, is it? The latter is a Norse mythological word for the end of the world, the former is the name of Christian’s dad. Jesko it is…

Way back when a wide-eyed and ambitious 22-year-old was setting up his hypercar company, Jesko, his dad, instead of poo-pooing the idea, invested his own hard-earned cash. Through bad times and good, Koenigsegg has emerged triumphant.

The Jesko will be built to 125 units – the longest run of Koenigsegg’s yet – and it carries Jesko’s name by way of a tribute and a thank you. They even kept the name from him until the show stand reveal at Geneva.

Supercars are supposed to have heart and soul and we’re damned if that tear-jerker of a story doesn’t have it in spades. Not that Koenigseggs are particularly cold and emotionless as they are…