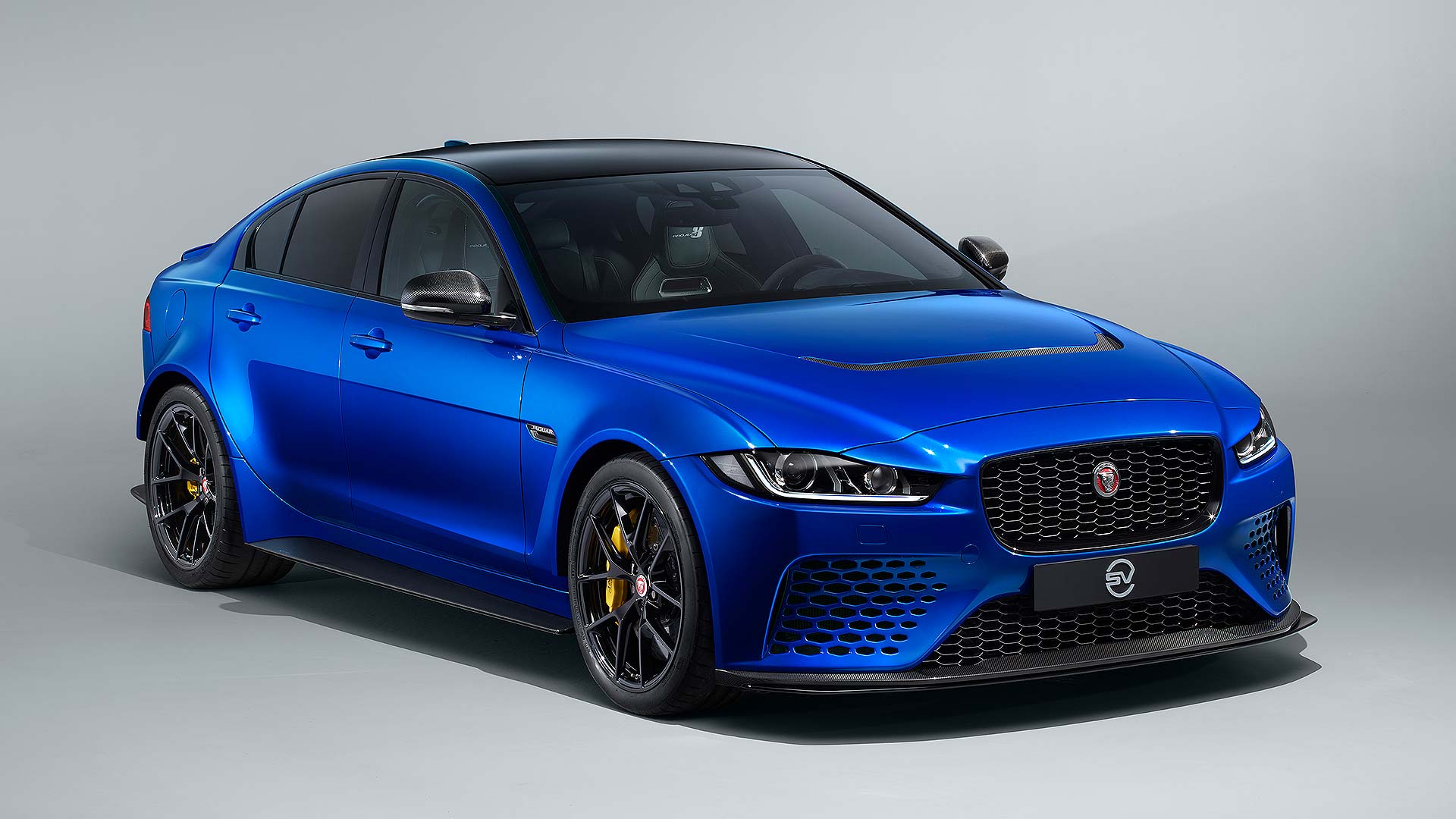 The Jaguar XE SV Project 8 is the most extreme iteration of XE on sale – but for some, it seems the performance four-door might be just a little too on the wild side.

For such shy and retiring types, Jaguar has launched a limited run of ‘discreet’ Project 8, with a smaller rear wing, more subtle colour options – and no garish body graphics.

Out goes the adjustable carbonfibre rear spoiler and in comes a fixed Gurney-type device – balanced by a fixed front splitter instead of the full-fat adjustable one. 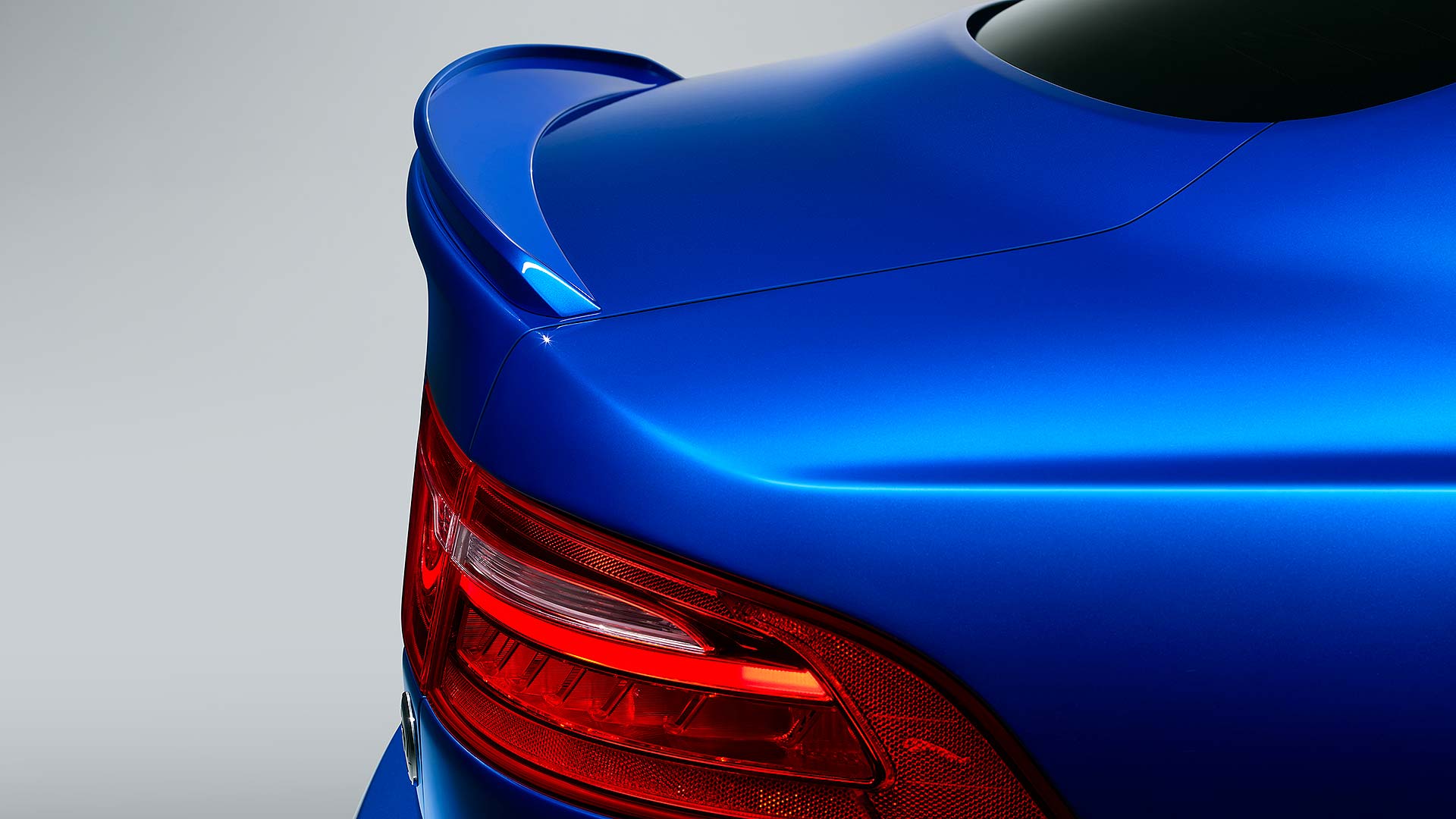 Only 15 Jaguar Project 8 Touring will be built, making them the rarest of all the £149,995 race-honed performance saloons. Each will come in four-seat configuration, with a choice of four colours:

Jaguar calls it a more “covert design that belies the… track-honed performance capabilities”. These include production sedan lap records for the regular car (pictured below) at the Nürburgring, Dubai Autodrome and Laguna Seca. 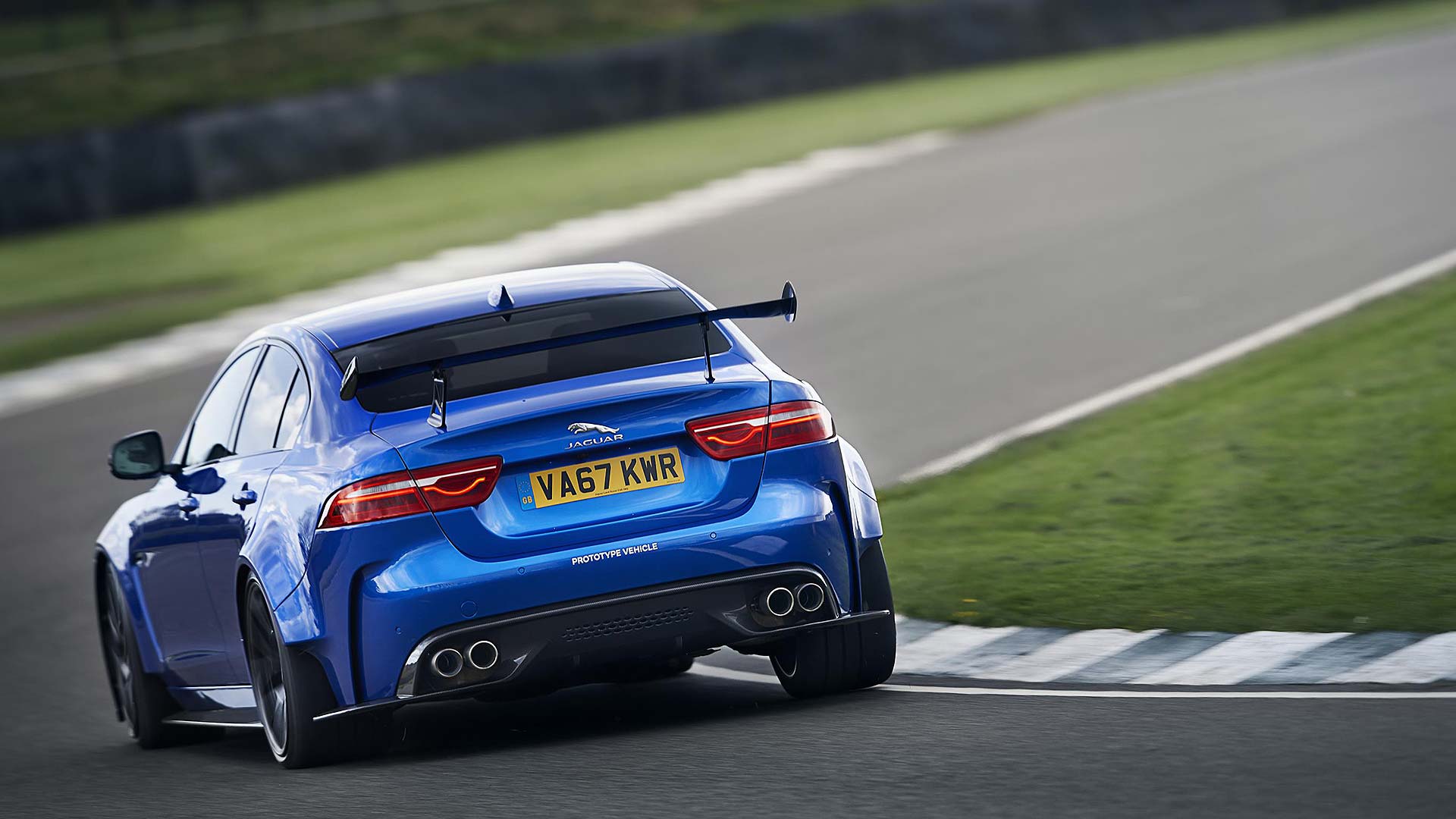 And although it’s more discreet-looking, the Project 8 Touring (again, pictured below) is still fast: it does 0-62mph in 3.7 seconds and only an electronic limiter stops it going at more than 186mph. 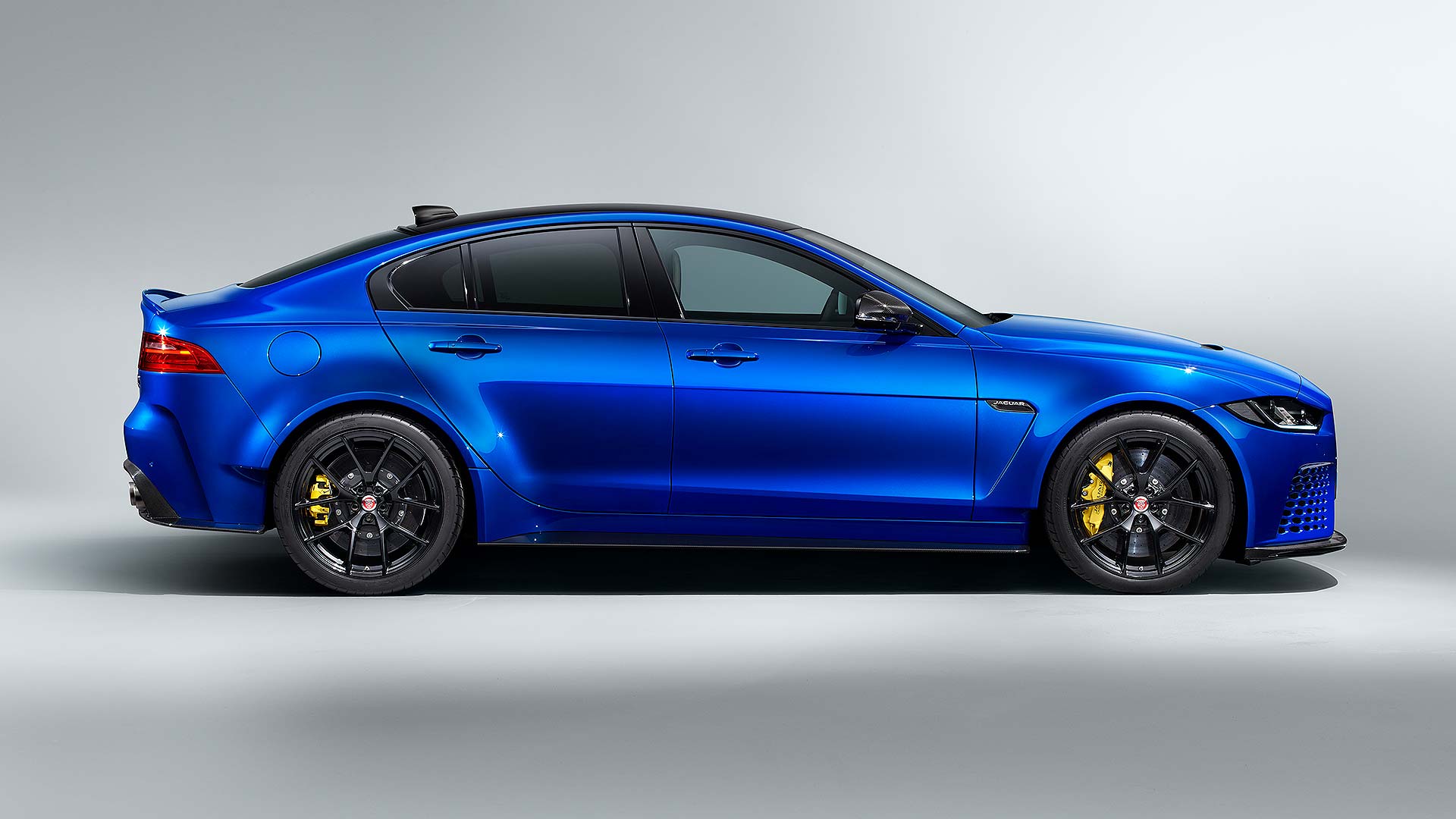 “Touring specification extends the appeal of Project 8 to performance car enthusiasts and collectors who prefer a more discreet appearance, without compromising its driver-focused on-road dynamics.”