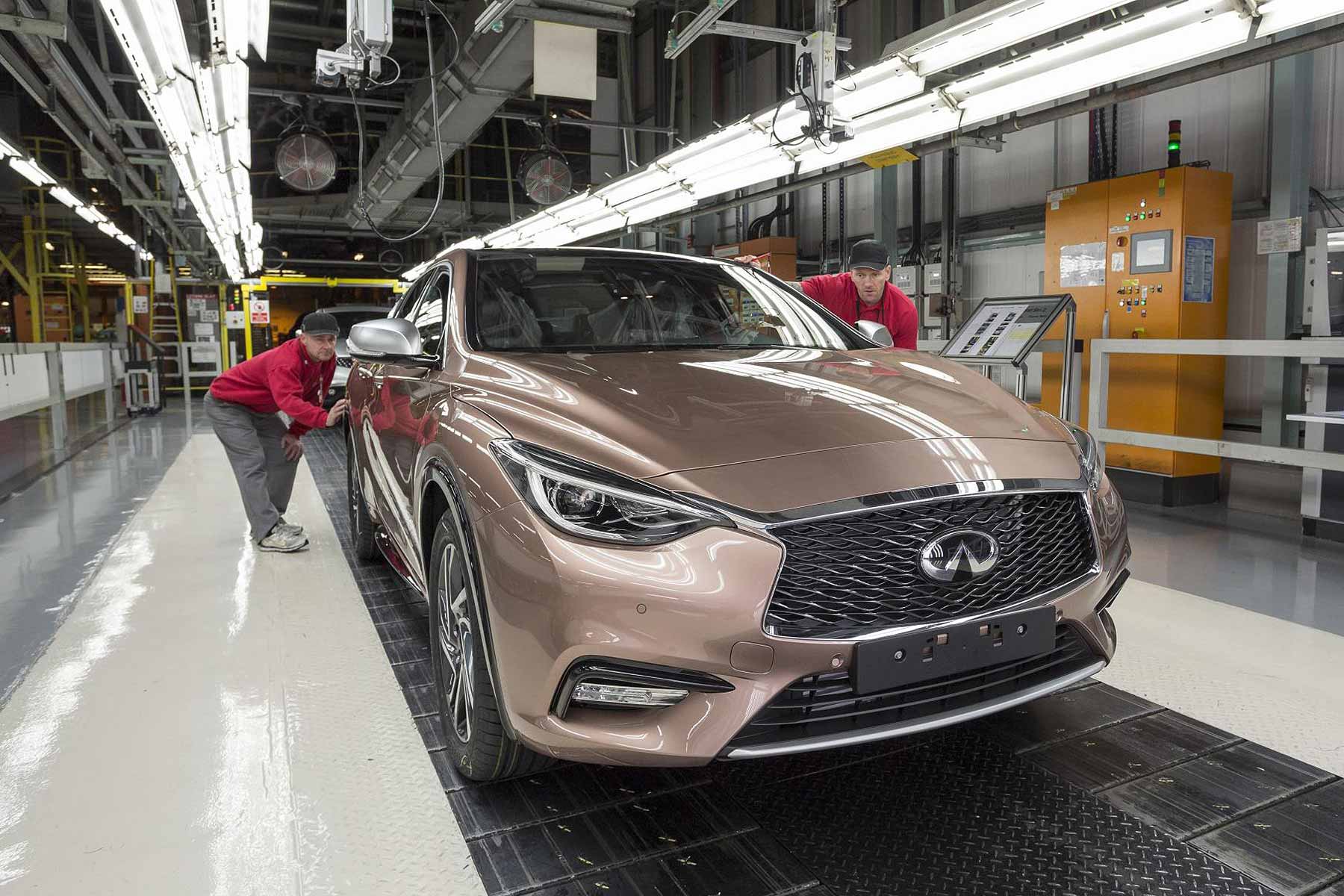 Infiniti has officially opened its first ever European production facility with the launch Q30 today leaving the assembly line in Sunderland – bringing £250 million new investment and 300 new jobs to Britain.

It’s yet another boost to Nissan’s booming Sunderland factory, which now employs a total of 6,700 people to produce the Q30 compact premium car from the same base as the Nissan Qashqai, Juke and Note.

British Q30 production means Infinitis are now made in five plants, in four countries, on three continents. The UK plant comes online as 2015 sales already exceed 2014 levels – and the Q30 is the next step in Infiniti’s long-awaited arrival as a viable premium alternative to Audi and BMW in Europe.

Nissan chief performance officer Trevor Mann has worked at Sunderland since it opened in 1985 and says the Q30’s arrival begins “an exciting new chapter in the Infiniti story, and I can’t think of a better place to start than here”.

The Q30 will now be exported from Britain to Europe, China and America; Infiniti estimates 1,000 extra jobs in the supply chain, on top of the 300 jobs directly at Sunderland.

If you watched Salvage Hunters: Classic Cars, you will recognise this Clio Williams. It's the very first example built – and we've driven it.
Read more

Britain is buying new cars again - MR looks at the top 10 hot deals that may be tempting them...
Read more

The Driver and Vehicle Standards Agency has launched a new online service that makes it easier to replace lost or damaged MOT certificates.
Read more