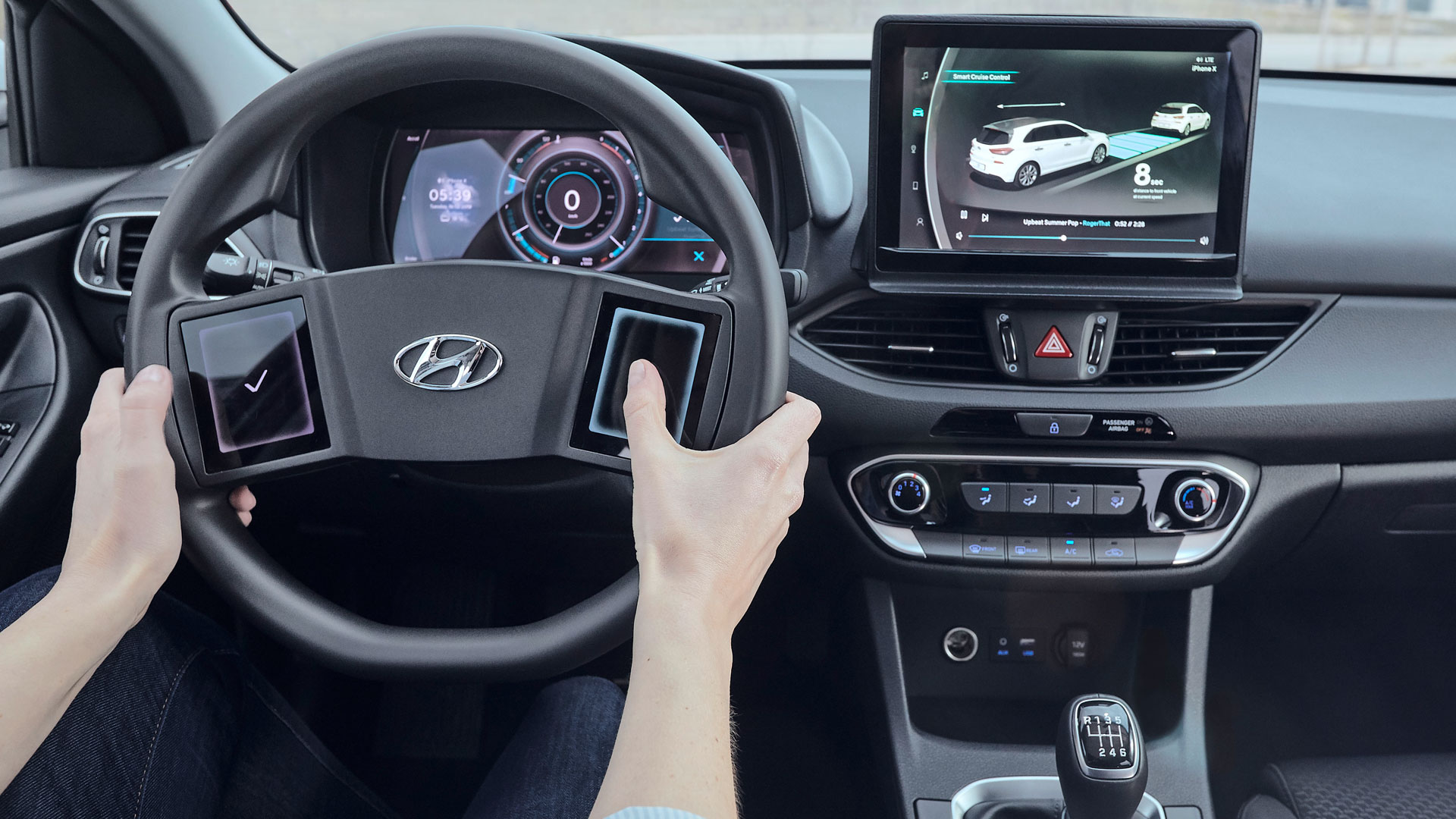 Are you sitting comfortably? Then we’ll begin. This is a short story of Hyundai’s vision for the cockpit of the future – the view you’re likely to see when you’re sat behind the wheel of its next-generation cars.

“We are continuously working on new technologies that make our cars perfectly intuitive and user-friendly,” says Regina Kaiser, the human interface senior engineer at Hyundai Motor Europe Technical Centre. To this end, Hyundai has been focusing on reducing the number of buttons and creating a clean interface.

The most visible development is the creation of two touch panels on the steering wheel, which is sure to ruffle the feathers of those who believe in-car touchscreens are the work of the devil. The buttons can be adapted to the individual wishes of the driver, with the screens featuring two actuator modules beneath the surface to allow “for a stronger and more consistent haptic feedback,” claims Hyundai. 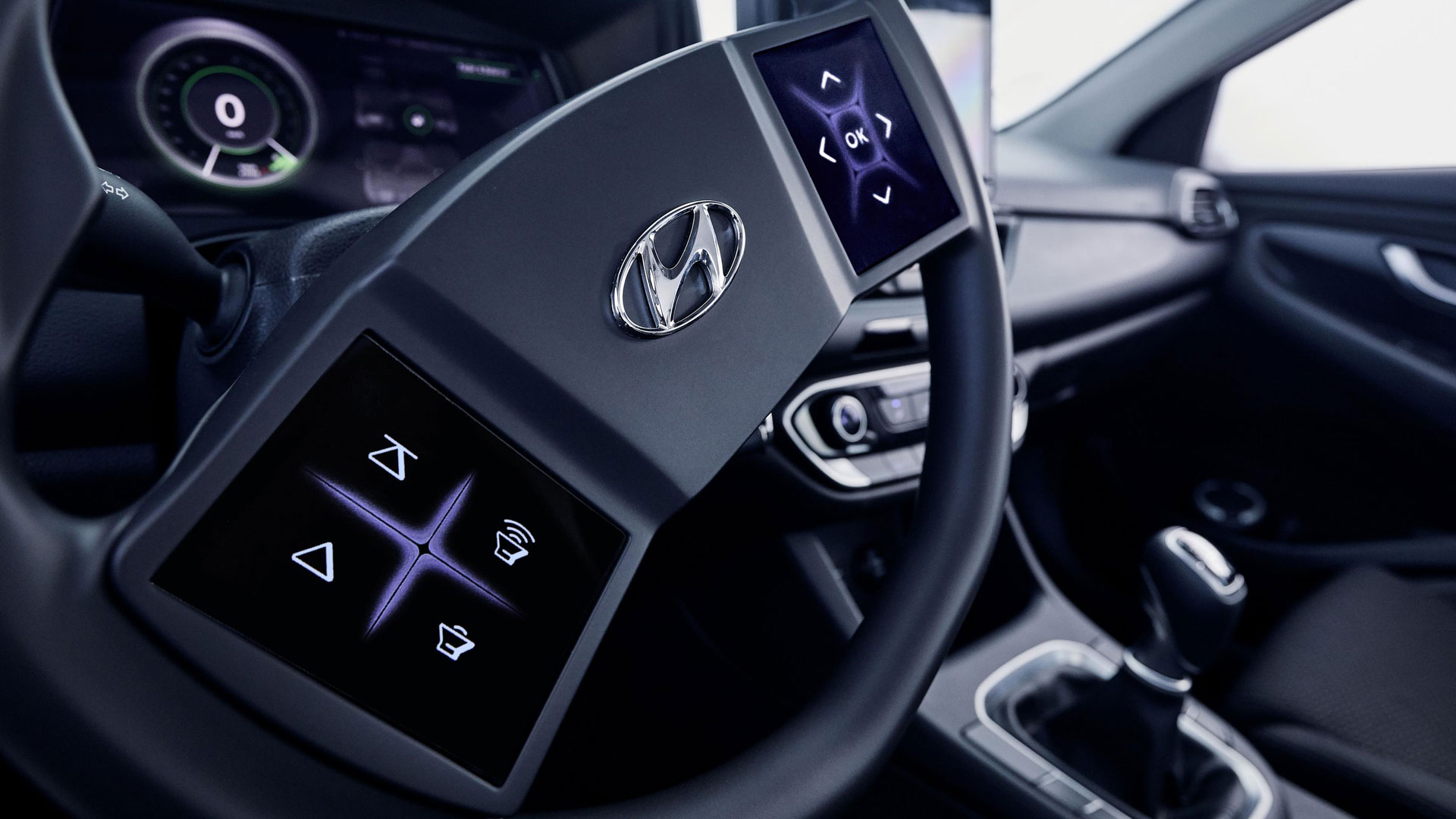 Meanwhile, the instrument cluster is a multi-layer display comprising two displays which are stacked behind each other at a distance of 6mm. This creates visual 3D effects: one part of the graphic is shown on the front display and the other part on the rear display.

According to Hyundai, this effect is used to guide the user’s attention with less distraction. The most important information, such as the speed limit, is shown at the front of the display.

The info shown on the steering wheel displays changes according to the information on the instrument cluster and also depending on the driving situation. The driver can also change the layout and create ‘shortcuts’ for entering specific applications. Customisation is important as it offers drivers maximum freedom, says Hyundai.

“We are doing research on the learnability, intuition and potential driver distraction of the virtual cockpit,” says Regina Kaiser.

Hyundai’s ‘virtual cockpit’ is still in the early prototype phase of development, but the Audi-style tech will be appearing in a new Hyundai soon. In the meantime, these images show how the technology could be integrated into a current i30.