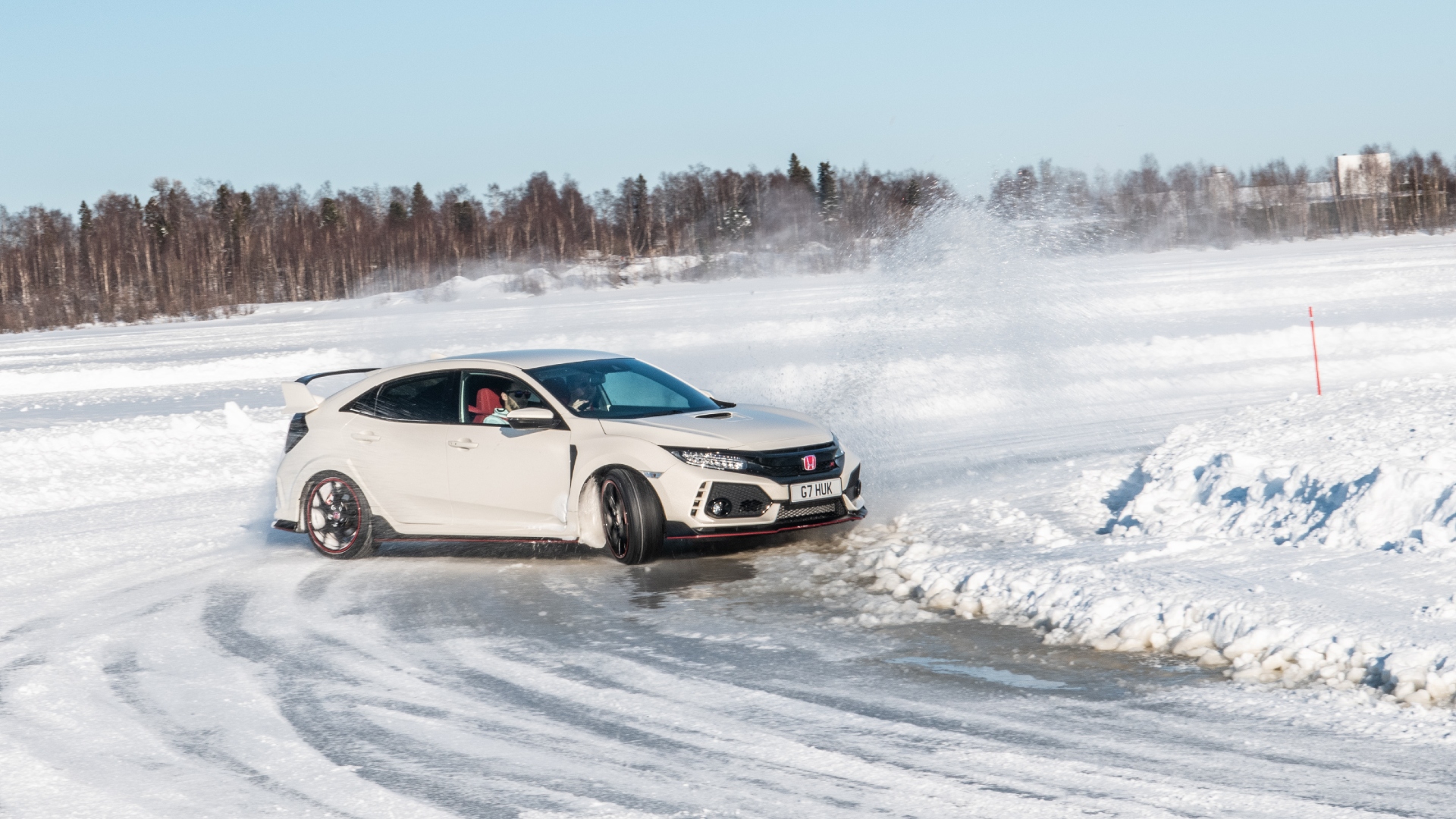 There’s a good reason many of the world’s greatest rally drivers come from Finland. Its roads are one big, snow-covered special stage.

To sample the Finnish way of doing things, we travelled to Kemi, where northern Finland meets the Baltic Sea, to drive Honda Civics on ice. 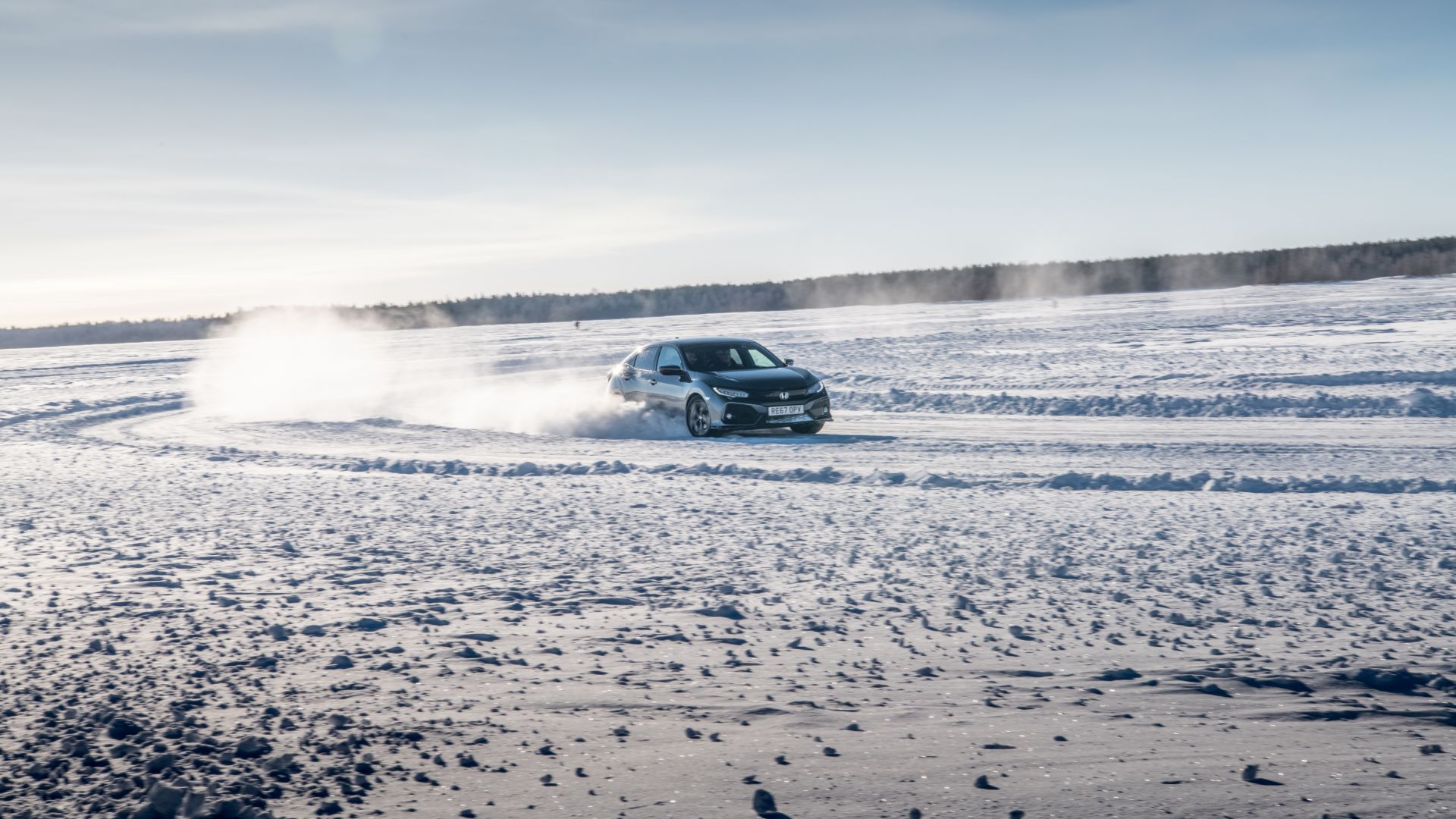 Momentum and weight-transfer are your buzz-words when it comes to hustling a front-wheel-drive car on ice. In a rear-drive sports car, fluffy rooster tails and easy rotation come with a tap of the loud pedal. Not so in a Civic. If anything, there’s a bit more skill involved.

You have to feel how the tyres are interacting with the surface, or you risk understeering into a snowdrift. You need to look a corner or two ahead and think how you approach each turn, in order to set yourself up for the next. Knowing where the car wants to swing is half the battle.

Throwback to March with @Honda_UK throwing Civics about on ice in Finland. Fwd on ice is highly rewarding . Actual technique required rather than just a boat load of loud pedal. pic.twitter.com/zb6zgMBp2E

Many marques, including Aston Martin, Lamborghini and Porsche, have their own snow driving experiences. However, you’ll learn just as much from a front-wheel-drive Civic. You might even have more fun, too. 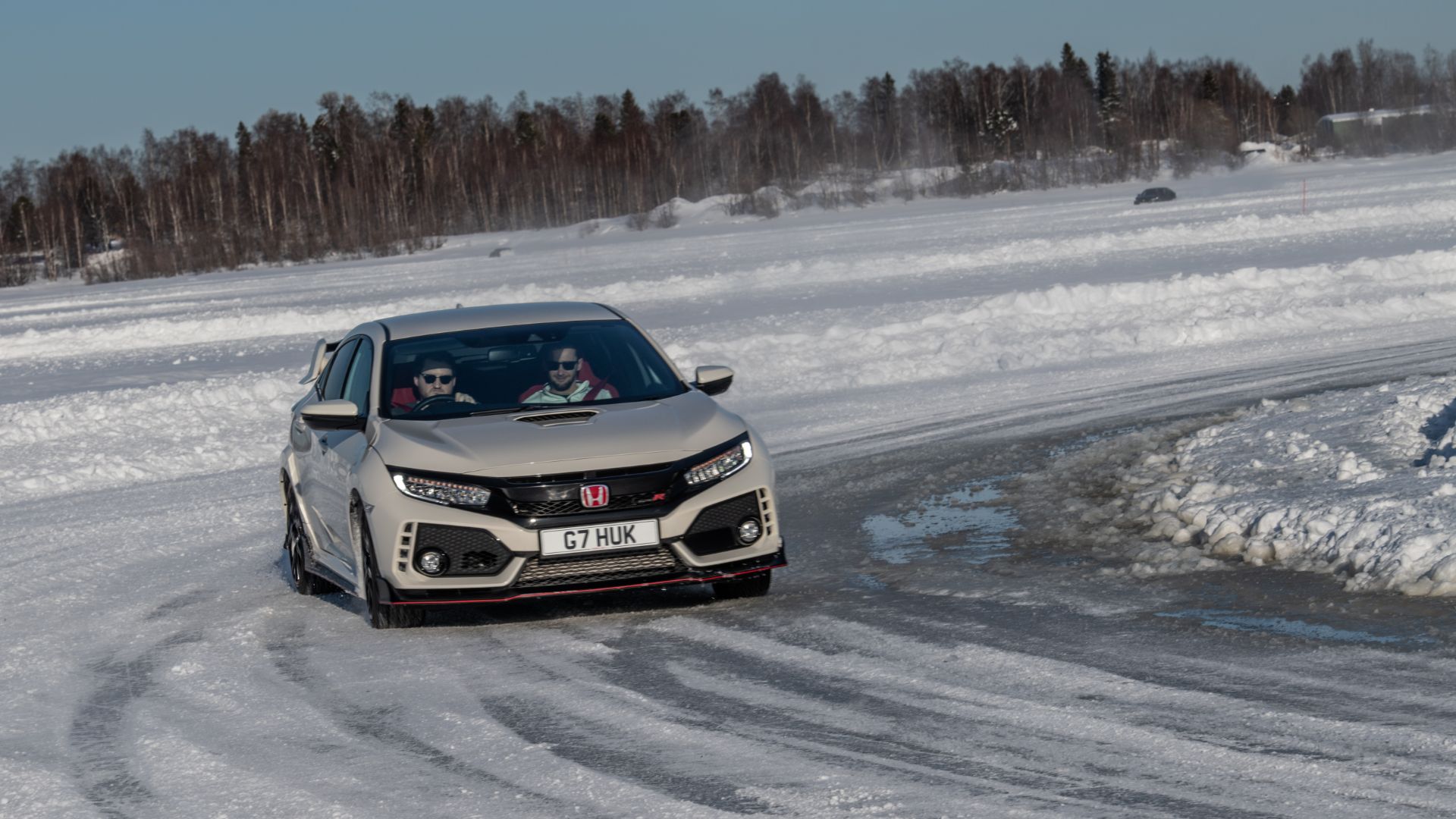 Even in a 1.0-litre front-wheel-drive hatchback, there’s a sense of satisfaction and achievement that comes with getting your lines just right.

After plenty of laps, our race-hardened instructor finally shouts with pride – and it’s a good feeling. 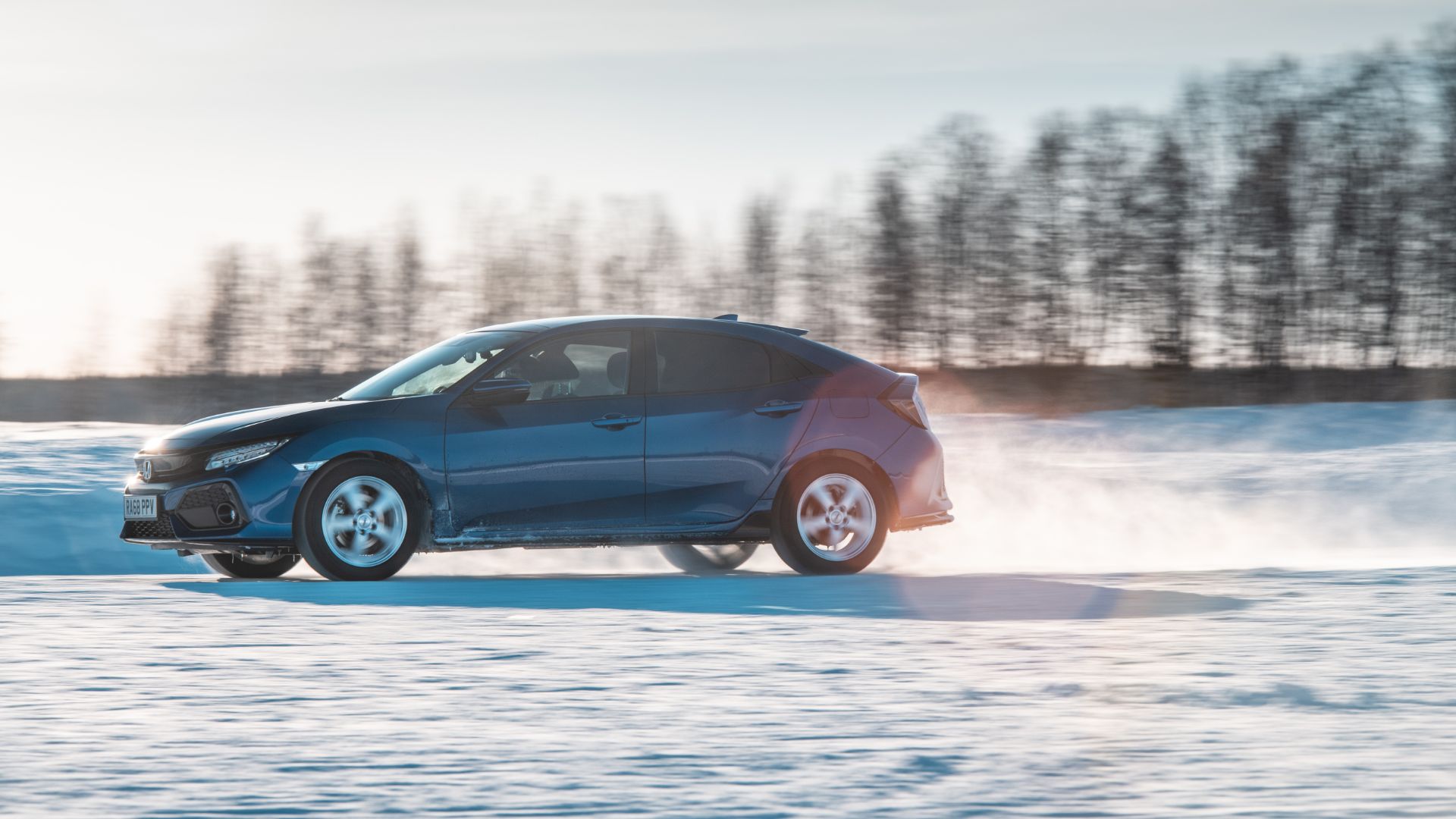 Before any tail-out shenanigans can occur, there was a secret code we had to enter into the Civic’s control system. Brake down, handbrake up, clutch in, clutch out, handbrake down, brake up… Don’t quote us on that.

Put it this way, it required some Googling and at least three attempts to disable the stability systems. But once we got there, the tail chased us around and the wheels started scrapping without electronic interruption.

Even Honda admits the 1.0-litre Civic isn’t an exciting car in ordinary circumstances. It isn’t meant to be. Nevertheless, there is a good chassis hiding in there, as evidenced by the rip-snorting Type R version. 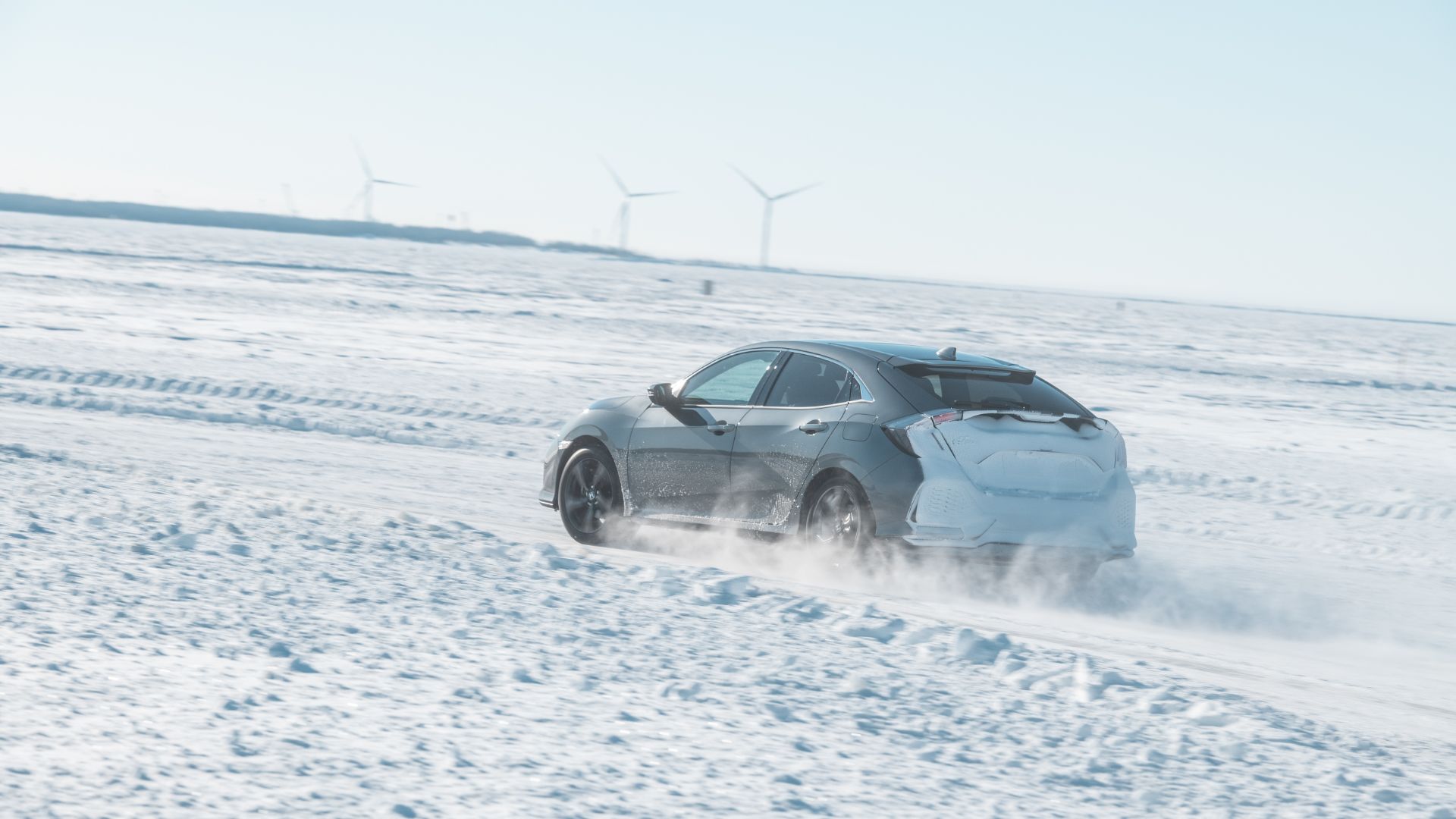 However, none of us preferred the Type R in these conditions. The softer suspension of the standard car gelled beautifully with the well-judged steering. Get your eye in after a few laps and a balletic lift-off oversteer dance comes together naturally.

It shows how much care is given to the development of even ‘everyday’ cars. In the real world, most Civic owners won’t ever experience this. Unless they take a road-trip to Kemi… 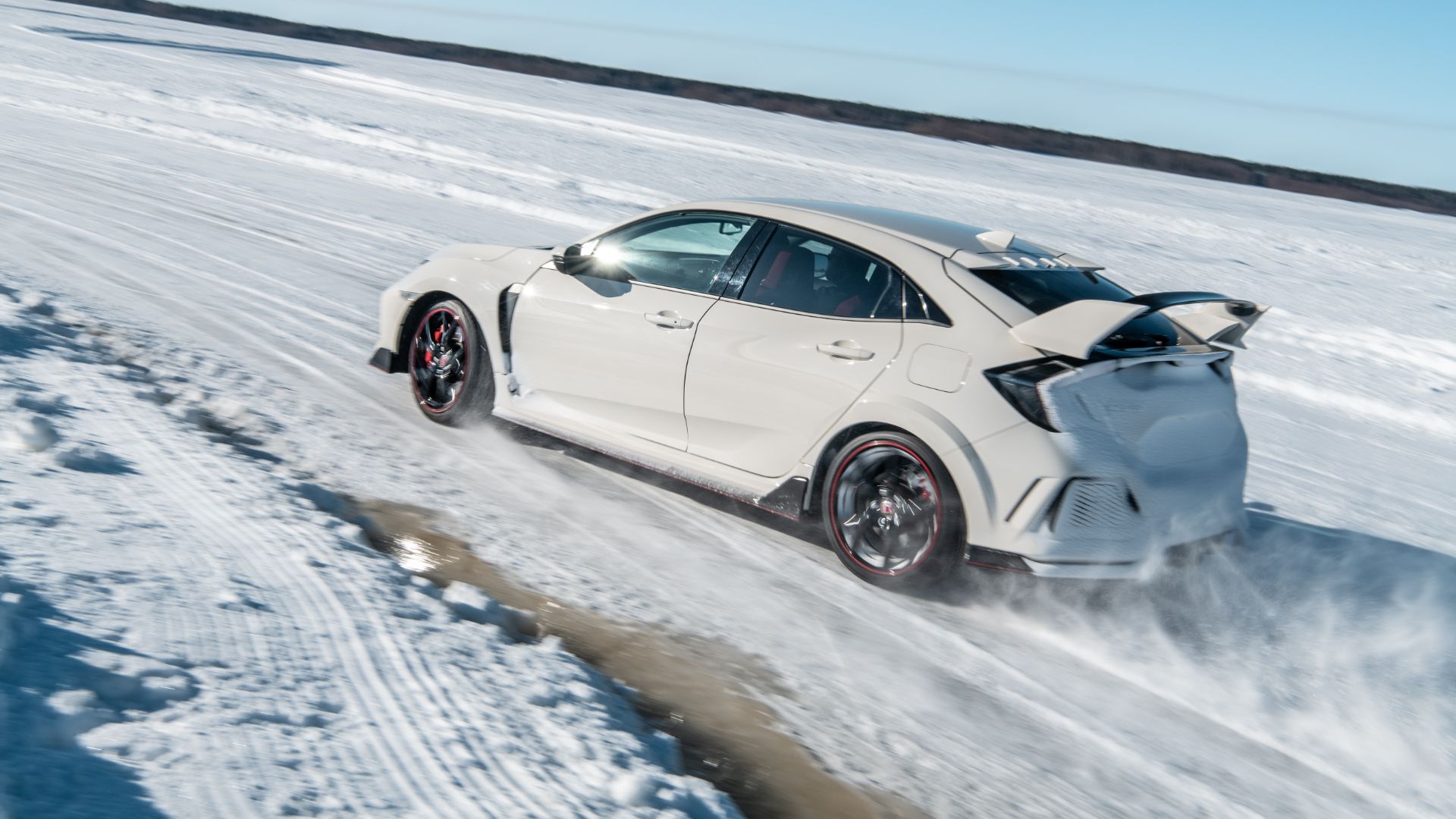 The Type R initially served to demonstrate how beneficial the 1.0-litre’s softer setup was. However, where the hot hatch jarred in terms of rigidity, it won us over again with a quality gear shift, rorty engine and quick steering.

You can get up a bit more speed, too – and on ice, more speed means more momentum. We weren’t using the Type R’s considerable power reserves by any means, but it got us going and the results were lengthy skids and even a couple of transitions. All with front-wheel drive. 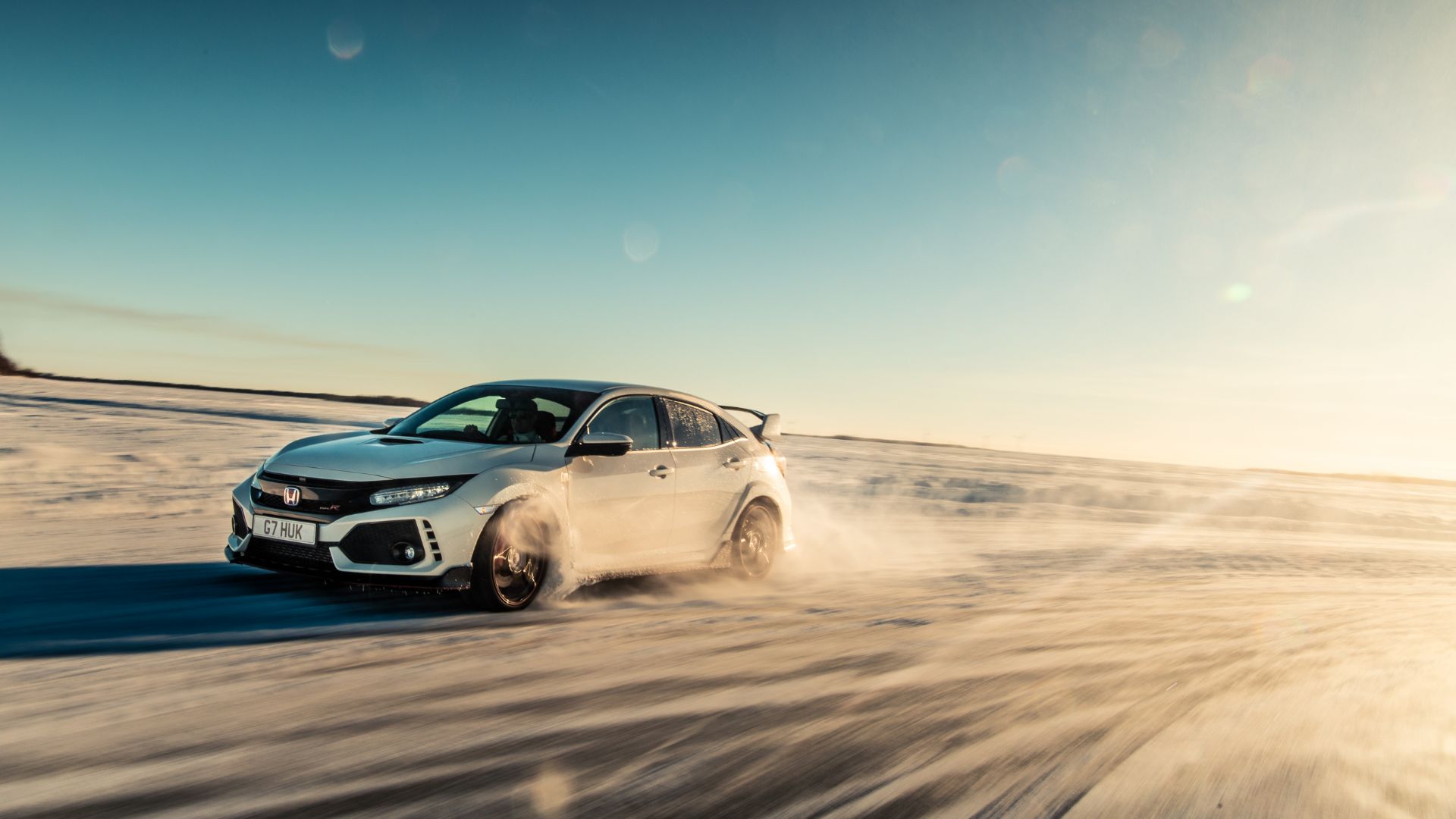 It was an experience in a part of the world that was utterly unforgettable. I know we all came away better drivers as a result.