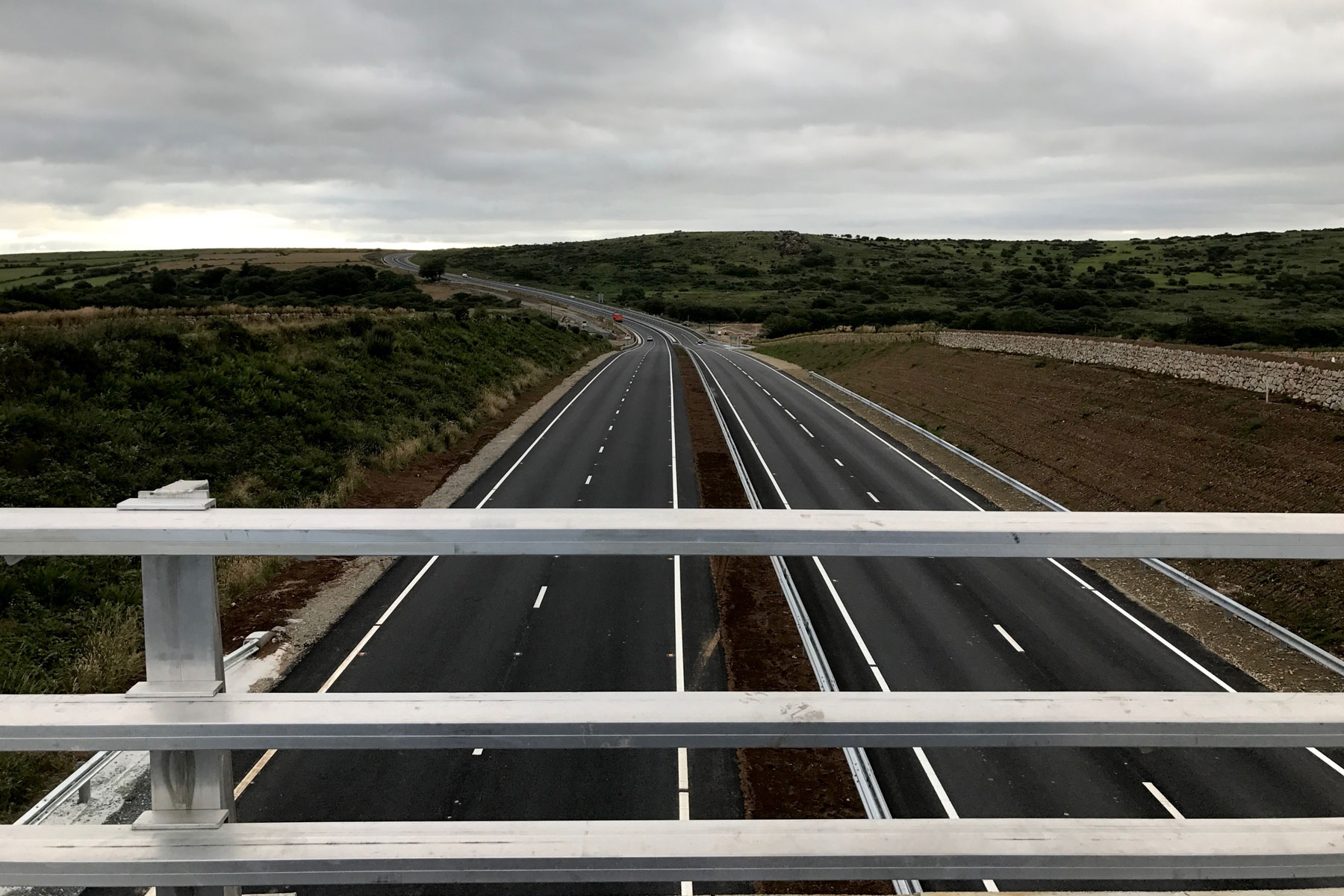 Would you get out of bed at silly o’clock in order to be one of the first to drive on a new stretch of road? Probably not, but we did, so you don’t have to. Or something.

Finally, following two years of delays and a blanket 40mph speed limit, the dual carriageway across Bodmin Moor at Temple is open, bringing welcome relief to local residents, businesses and the millions of tourists who visit Cornwall every year.

It removes another section of single carriageway between Scotland and Cornwall, with Carland Cross – some 30 miles west on the A30 – the next bottleneck on the way to Land’s End.

Recently, Highways England announced plans to upgrade the road between Carland Cross and Chiverton Cross, with work expected to commence in 2019/2020 at a cost of between £100 million to £250 million.

A champagne moment for Cornwall?

In effect, then, the dual carriageway at Temple simply shifts the problem further into Cornwall, but let’s not allow that to get in the way of what is a momentous day for the county and the A30.

Or, at least, it should be. As we arrived at 6am, the night workers were removing the cones from the point of the overnight diversion at Launceston, but there was no fanfare. No ribbon across the road. No councillor armed with champagne, cheerily declaring the road open.

Instead, the dignitaries have chosen to gather on a bridge at a more respectable time of day, by which time thousands of motorists will have blessed the virgin tarmac, enjoying the disappearance of the average speed cameras that have welcomed people to Cornwall for the previous two years.

It’s a far cry from the days when booklets were produced to mark the opening of a new road. “The opening of the Preston By-pass marks the beginning of a new era of motoring in Britain,” said the official bumf for Britain’s first motorway in 1958.

As the excellent Chris’s British Road Directory rightly says, we’ve become a little blasé about new roads, cursing them during construction and not giving them a second thought once they have opened.

In fairness, Kier – the company entrusted to handle the construction work – has done an excellent job of keeping motorists updated with progress, even if the completion date is a year behind schedule.

This was the scene at 6.55am, less than an hour after the road officially opened:

I woke at the crack of dawn to be one of the first to drive on the new stretch of #A30 across Bodmin Moor. I don’t get out much. pic.twitter.com/VnBP3j3xIJ

It’s not quite finished. There’s still a fair bit of work to do either side of the dual carriageway and the bridge across the A30 at Temple Tor won’t be open until the end of July. But crucially, the holidaymakers who will converge on Cornwall over the coming weeks and months will discover that their west journey is just that little bit easier.

More time to spend on the beach, or at least queueing at the roundabout where the A30 meets the A39 at Carland Cross.

Here’s a video of our early morning drive on Cornwall’s newest dual carriageway. If nothing else, it shows just how changeable the weather can be on Bodmin Moor. Little wonder the project was delayed by heavy rainfall.