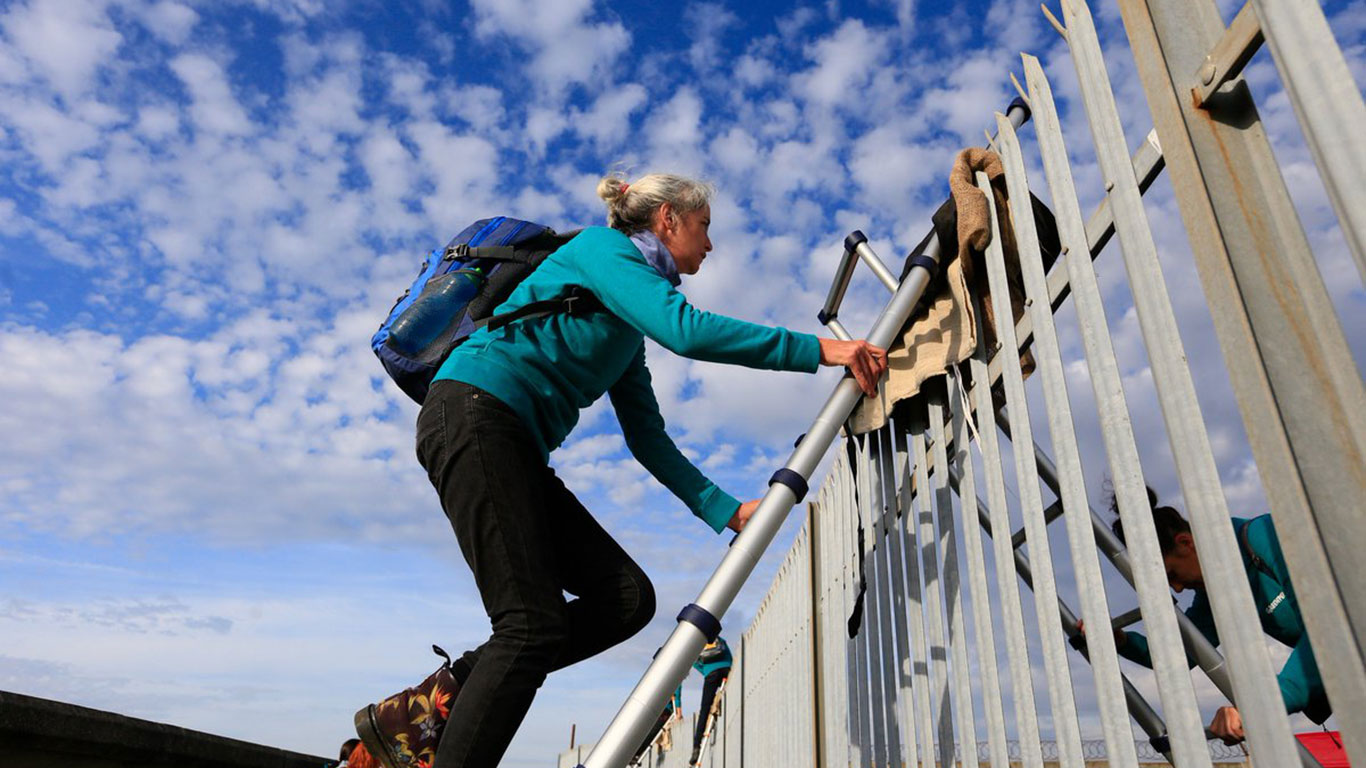 Environmental protesters have surrounded a ship carrying thousands of diesel Volkswagens to prevent it docking in the UK.

“Mothers, fathers and people from all walks of life are currently doing everything in their power to stop more diesel cars entering our streets and communities,” said Greenpeace in a statement.

“They drew up alongside the huge car carrier miles out at sea at 9am today and two are now hanging from the 27-metre-high unloading door.”

The Greenpeace members are believed to have boarded the ship close to Sheerness in Kent. At the same time, protesters are attempting to steal the keys to thousands of diesel cars at the port. They’re also applying stickers to the engines, with messages from Greenpeace members asking Volkswagen to ditch diesel.

“They won’t give up until VW commits to send it’s [sic] toxic cars away from the UK and ditch diesel for good,” added Greenpeace.

It comes after a group of Greenpeace protesters gathered outside the Frankfurt Motor Show last week to protest against new petrol and diesel models being launched.

In the wake of the Dieselgate emissions scandal, Volkswagen Group has committed to accelerating plans for electrifying its range, with 80 new electric cars planned by 2025. It’s also recently launched a scrappage scheme, encouraging buyers to swap old Euro 1 – 4 diesels for more environmentally-friendly models.

Reacting to the protests, a Volkswagen spokesman said: “We are aware of a protest this morning at the Sheerness port in Kent.

“The ship contains a variety of Volkswagen Group vehicles, including petrol, diesel and plug-in hybrid models. The diesel vehicles, which are the subject of the protest, meet strict Euro 6 standards.”

It’s understood there are 37 plug-in hybrid electric vehicles on the ship that’s being prevented from docking. There are also more petrol than diesel vehicles on board.