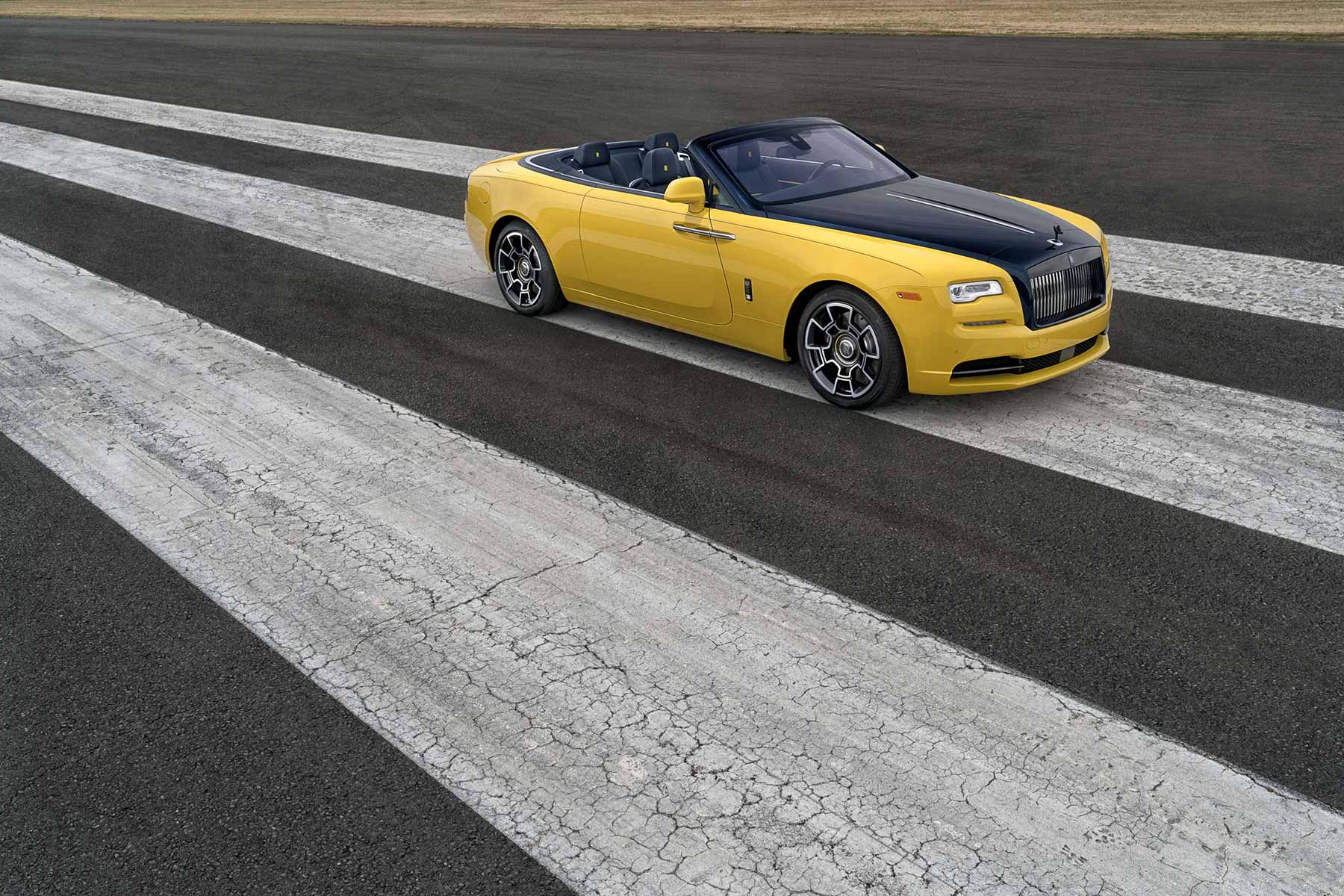 Asking the Google Assistant on your Android smartphone to deliver you a one-off Rolls-Royce sadly only works if you happen to be Vice President of Engineering at the Silicon Valley firm.

After 15 years at the tech giant, being responsible for Site Reliability Engineering amongst other tasks, Benjamin Treynor Sloss is no stranger to expensive cars.

Dino at 50: the original baby Berlinettas gather in Maranello

In 2012 he purchased a $1.78million Ferrari 599XX at a charity auction, and has even shared photos of his cars adorned with bread to prove they were actually his.

However, there should be no doubts about who owns the special Rolls-Royce Dawn presented to Mr. Sloss at this year’s Pebble Beach Concours d’Elegance event.

Personally commissioned by Sloss, the Dawn Black Badge was built in collaboration with the Bespoke Collective at the Rolls-Royce factory in Goodwood, England.

With wife Christine already owning a Rolls-Royce Dawn, Treynor Sloss knew he needed to make a big effort in order to stand out. Enter the brand-new bespoke ‘Superflare’ yellow paintwork, intended to replicate the Californian sun under which the Dawn will be driven.

The bright yellow is tempered with another unique hue – Pikes Peak Blue, named after the legendary hill climb course in Colorado. Mr. Sloss is said to be a big fan of the annual Pikes Peak event, even if an open-top Rolls-Royce might not be the most obvious of vehicles to tackle it in.

With a love for Italian racing machinery, the use of blue and yellow for the Sloss’ Rolls-Royce was inspired by the livery used on the Ferrari racers owned by the couple. In fact the Rolls-Royce should match perfectly with a garage said to include multiple LaFerrari models, and a track-only Ferrari FXX K, all finished in yellow.

The average price of used petrol cars soared by £1,733 over the last year
Read more

Britain has newer cars than every European country – apart from one

Figures show that only Luxembourg has a newer fleet of vehicles than Great Britain, where sales have been propped up by affordable finance and PPI payments.
Read more

From seven-figure Ferraris to circuit-slaying McLarens, these are our highlights from Concours of Elegance at Hampton Court
Read more