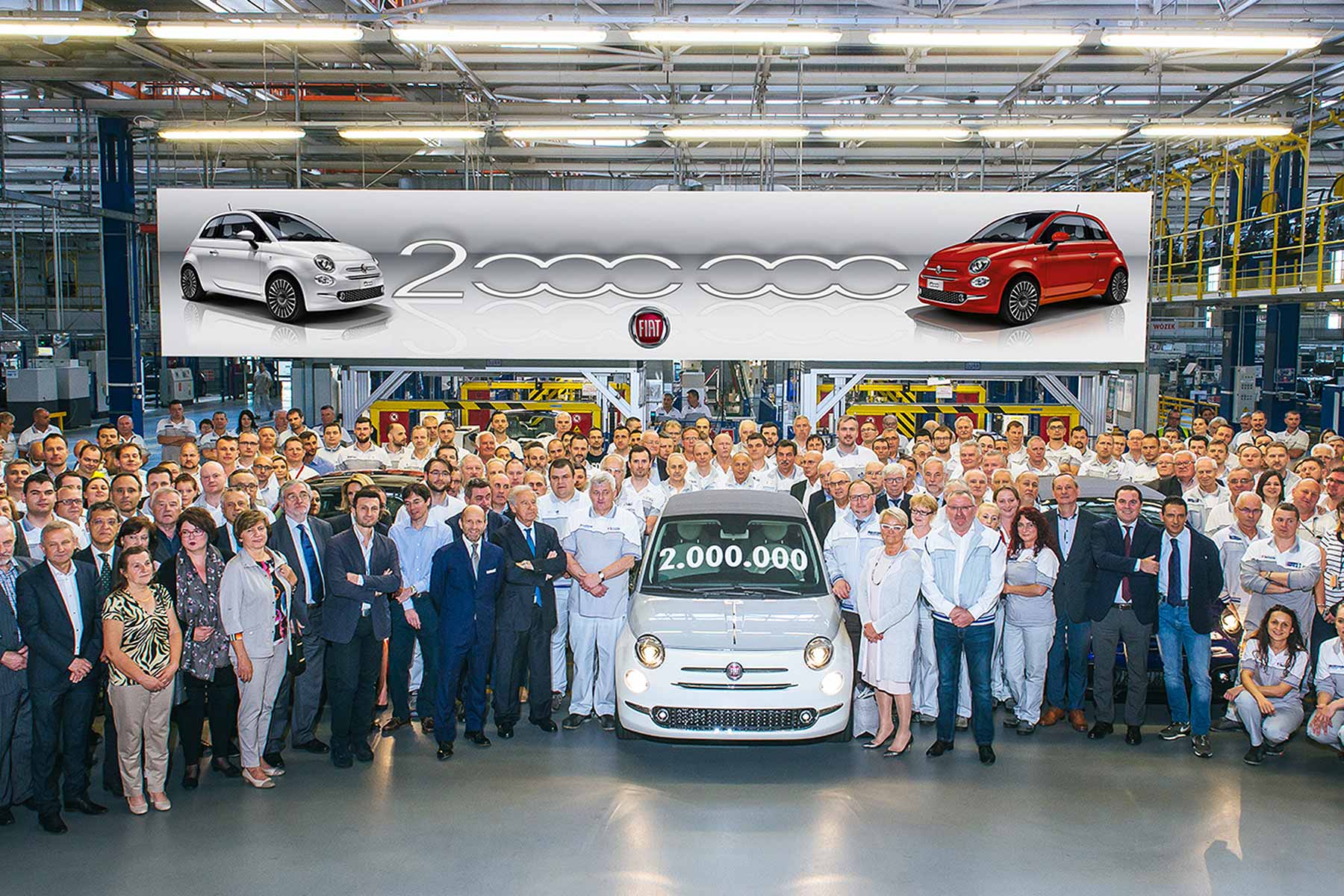 The success story of the new Fiat 500 continues, with the company announcing the two millionth reborn retro city car has been produced at the factory in Tychy, Poland.

The total comes 11 years after the current car was introduced. Although it’s been updated several times, it’s still the original recreation, making its current sales rate of over 200,000 a year even more impressive.

Indeed, for five years running, the 500 has been the best-selling city car in Europe, despite the constant arrival of newer rivals. Last year, it had a market share of almost 15 percent, and the latest quarterly sales of almost 60,000 is actually an all-time record.

They also love special edition 500s, it seems: there have been 30 of them in the 11 years the new car’s been on sale. UK 500 prices may well start from £11,620, but many buyers are still happy to spend plenty more on top.

Current specials include the Collezione, which is a follow-on from last year’s 500-60th and Anniversario models, built to mark 60 years of the 500.

The new car still has some way to go to beat sales of the original 500, though. Twice as many were sold following its introduction in 1957, although in fairness, rivals were far fewer in number back then. Whether Fiat decides to keep the current car in production for another decade in order to chase the original’s sales figure remains to be seen…