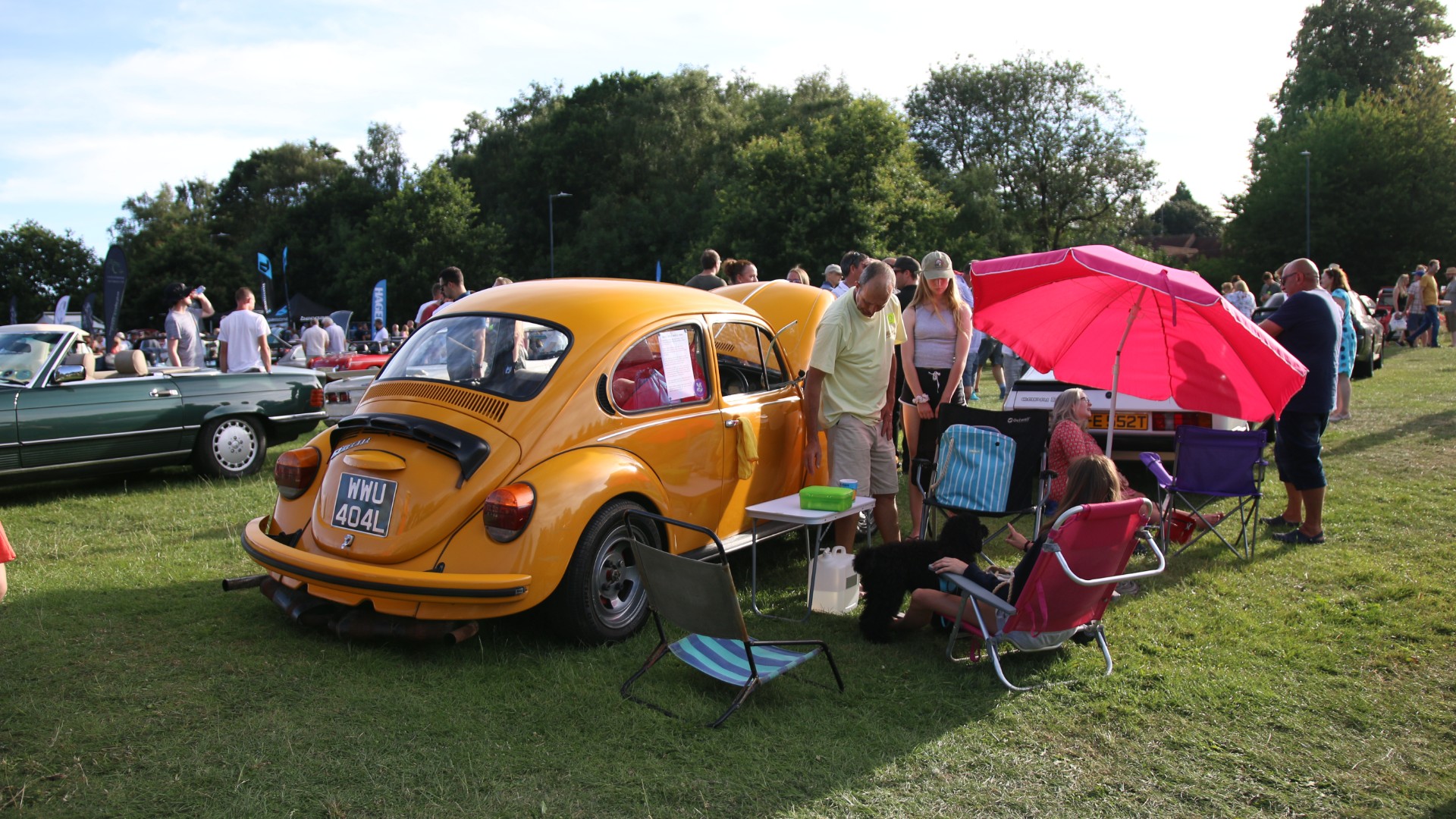 Classics on the Common is the UK’s biggest mid-week car show. Anything goes at this eclectic event, from Fords to Ferraris, and nearly 1,000 classics and supercars are on display.

The show is also right on the doorstep of Motoring Research in Harpenden, Hertfordshire so – with the mercury edging towards the mid-30s – we left the cool of our air-conditioned office to find the fastest, rarest and quirkiest cars. Join us for a guided tour.

A pony and a bug 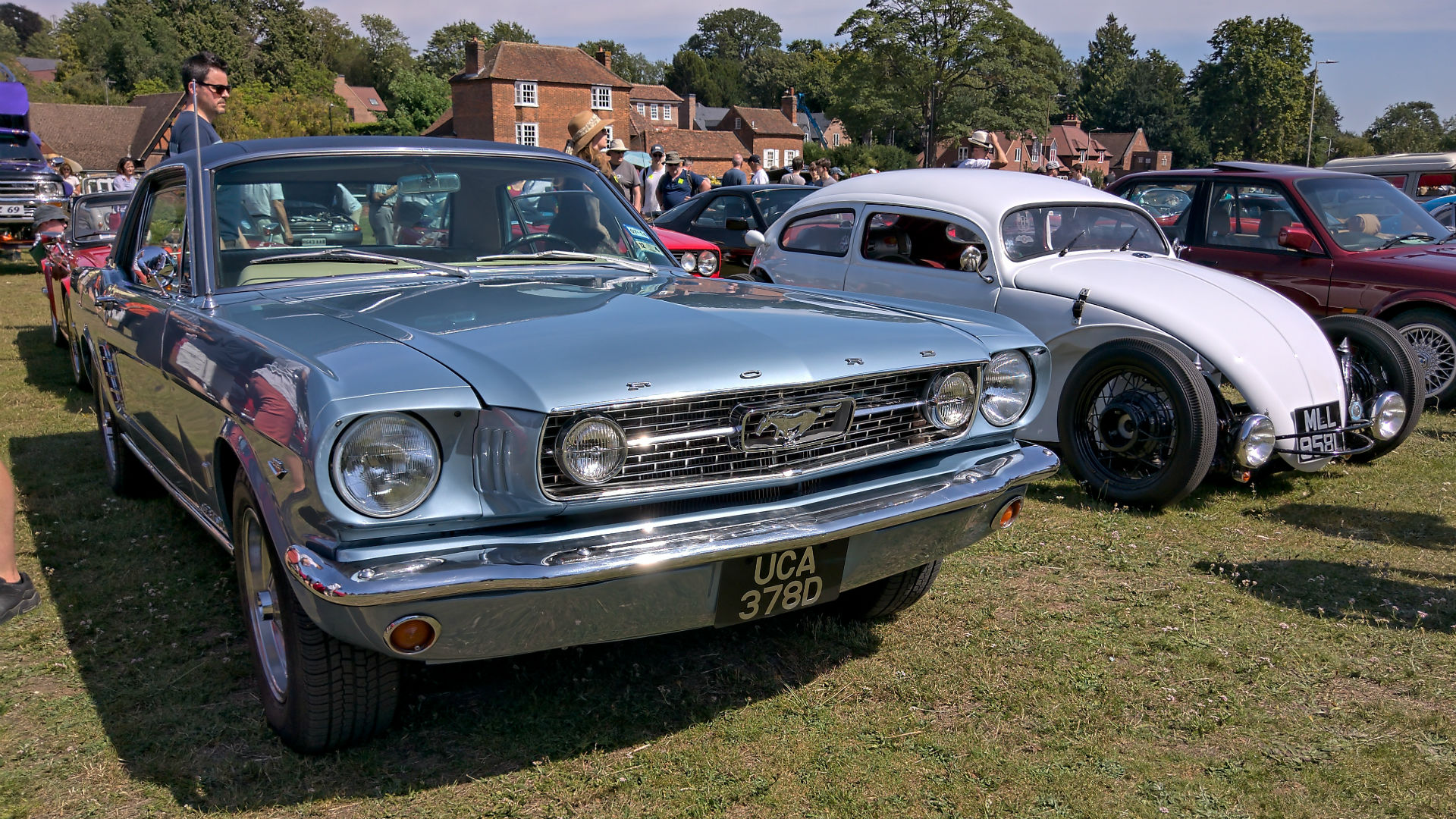 This photo captures the diversity of Classics on Common. On the left is a perfectly preserved 1966 Ford Mustang, the American Dream in chrome and steel. On the right, a roof-chopped Volkswagen Beetle with wire wheels, cycle wings and custom suspension. Both look brilliant fun in the sun. 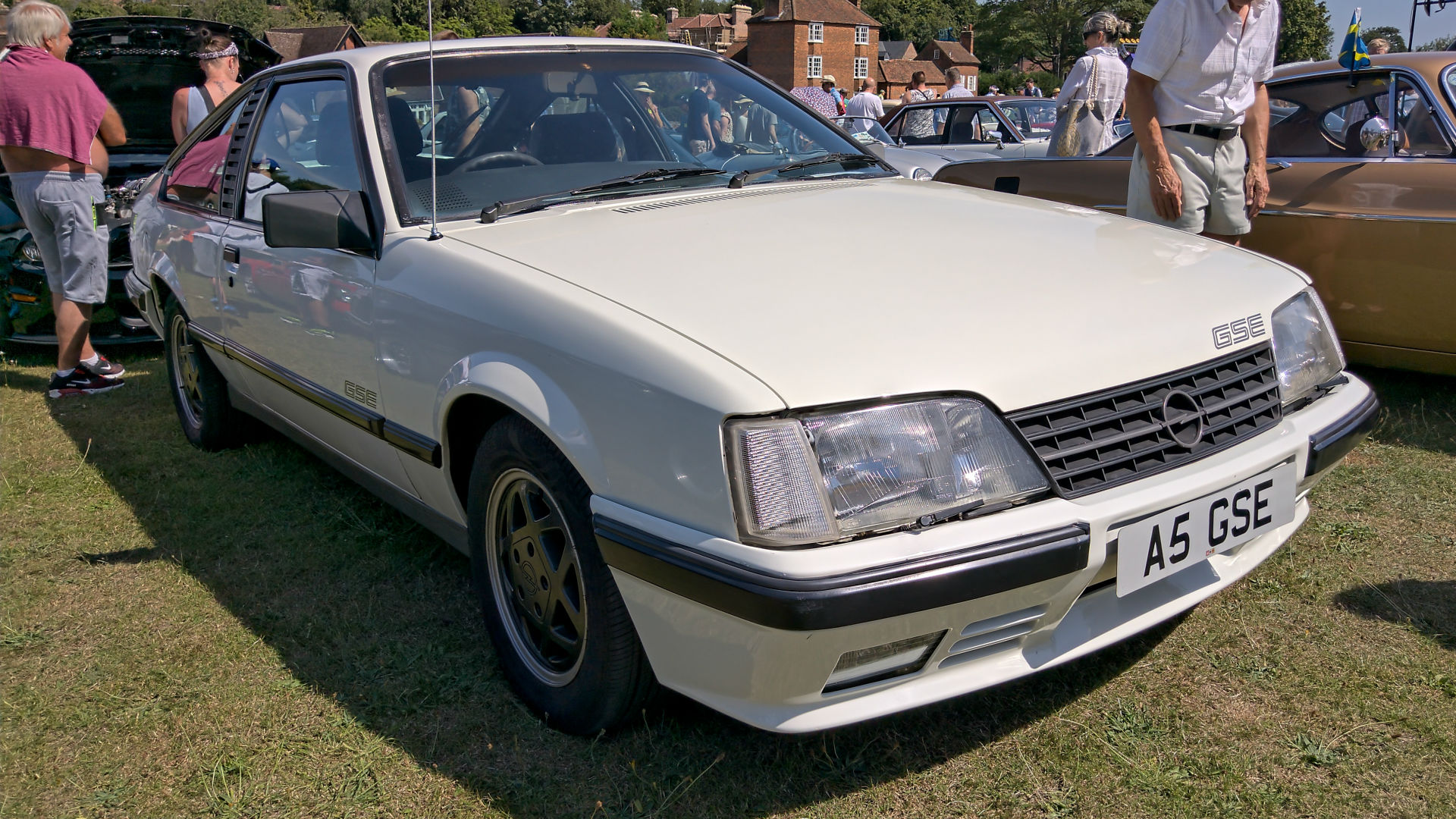 Here’s a rarity. The Monza was a coupe version of the Opel/Vauxhall Senator saloon, with svelte styling and – in flagship GSE guide – Recaro seats, a digital dashboard and a limited-slip differential. Power comes from a 3.0-litre straight-six, which serves up 180hp and 0-60mph in 8.9 seconds. 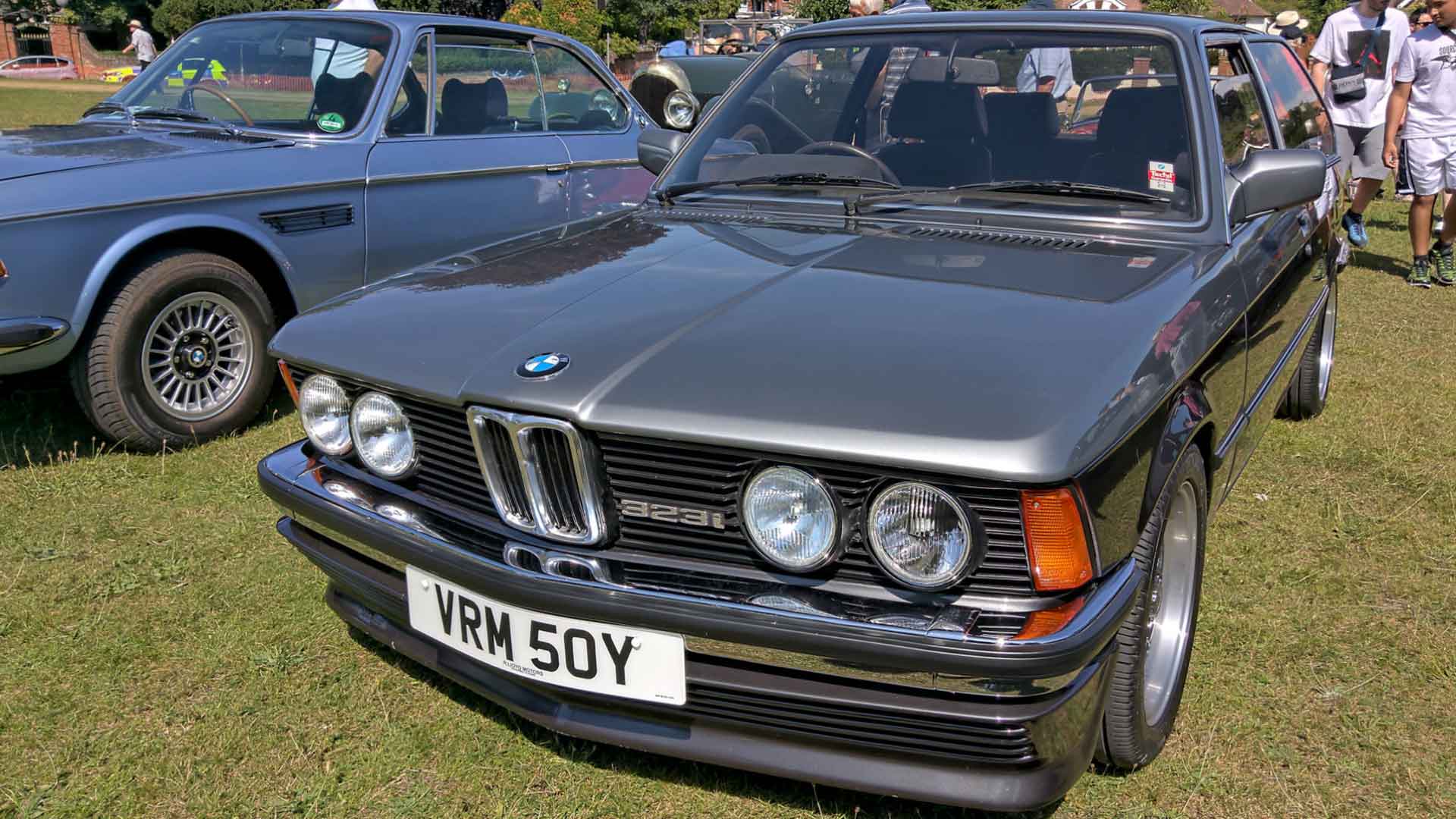 Remember when BMWs looked good? If you’re appalled by gigantic grilles and outtamyway coupe SUVs, this classic ‘E21’ 3 Series is a welcome tonic. Its slender pillars and shark-nose grille are sporty, elegant and understated. This range-topping 323i packs a fuel-injected 140hp 2.3-litre six.

Things that make you go Mmmm… 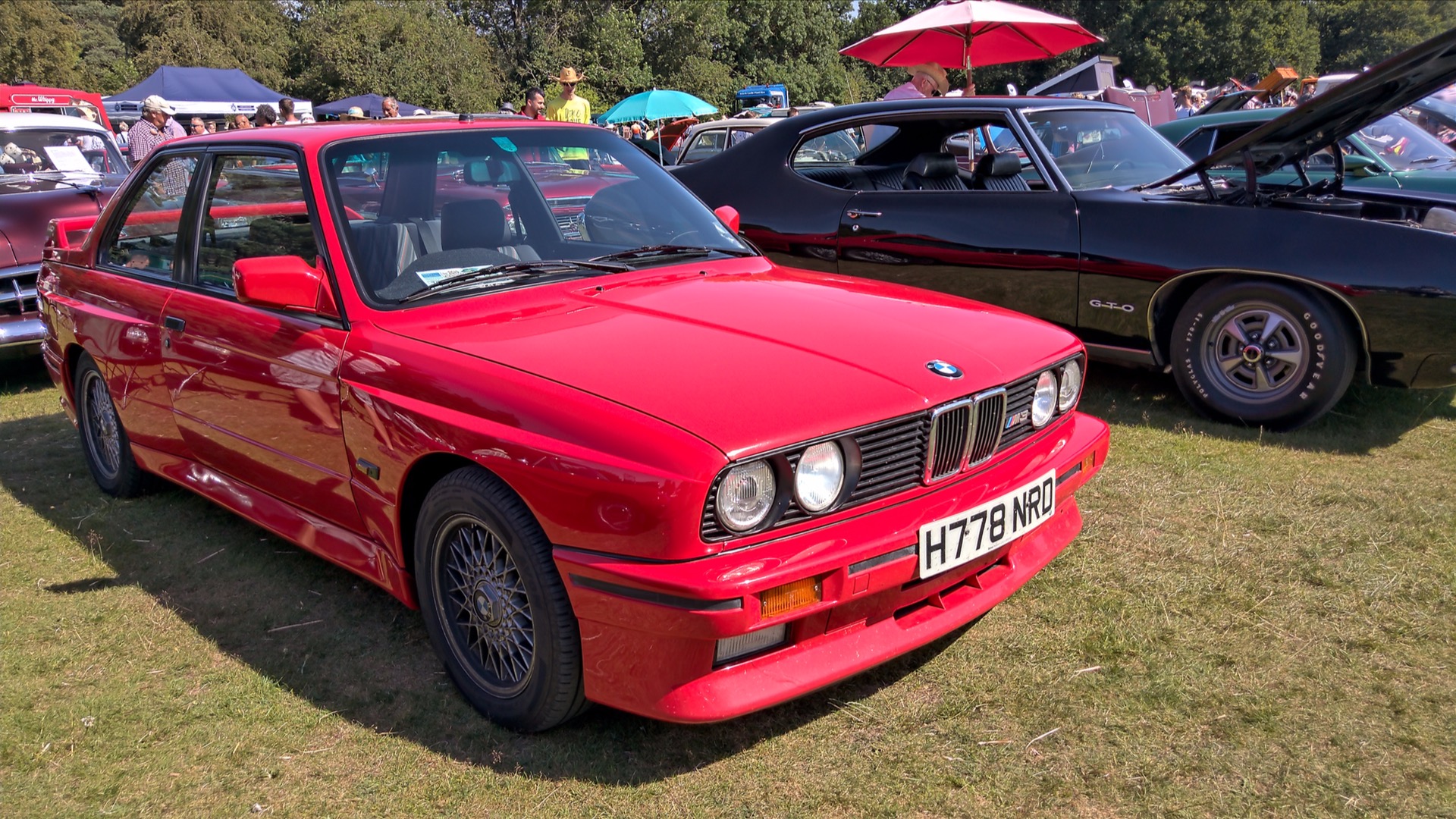 A little showier, but this BMW certainly fits the ‘Ultimate Driving Machine’ brief. The original ‘E30’ M3 is a true homologation special; a road car built to meet Touring Car racing requirements. Its four-cylinder engine makes a modest 200hp (or thereabouts, depending on spec), but its beautifully balanced chassis is the headline act. Also, any car with box-flared wheelarches gets a huge thumbs-up from us. 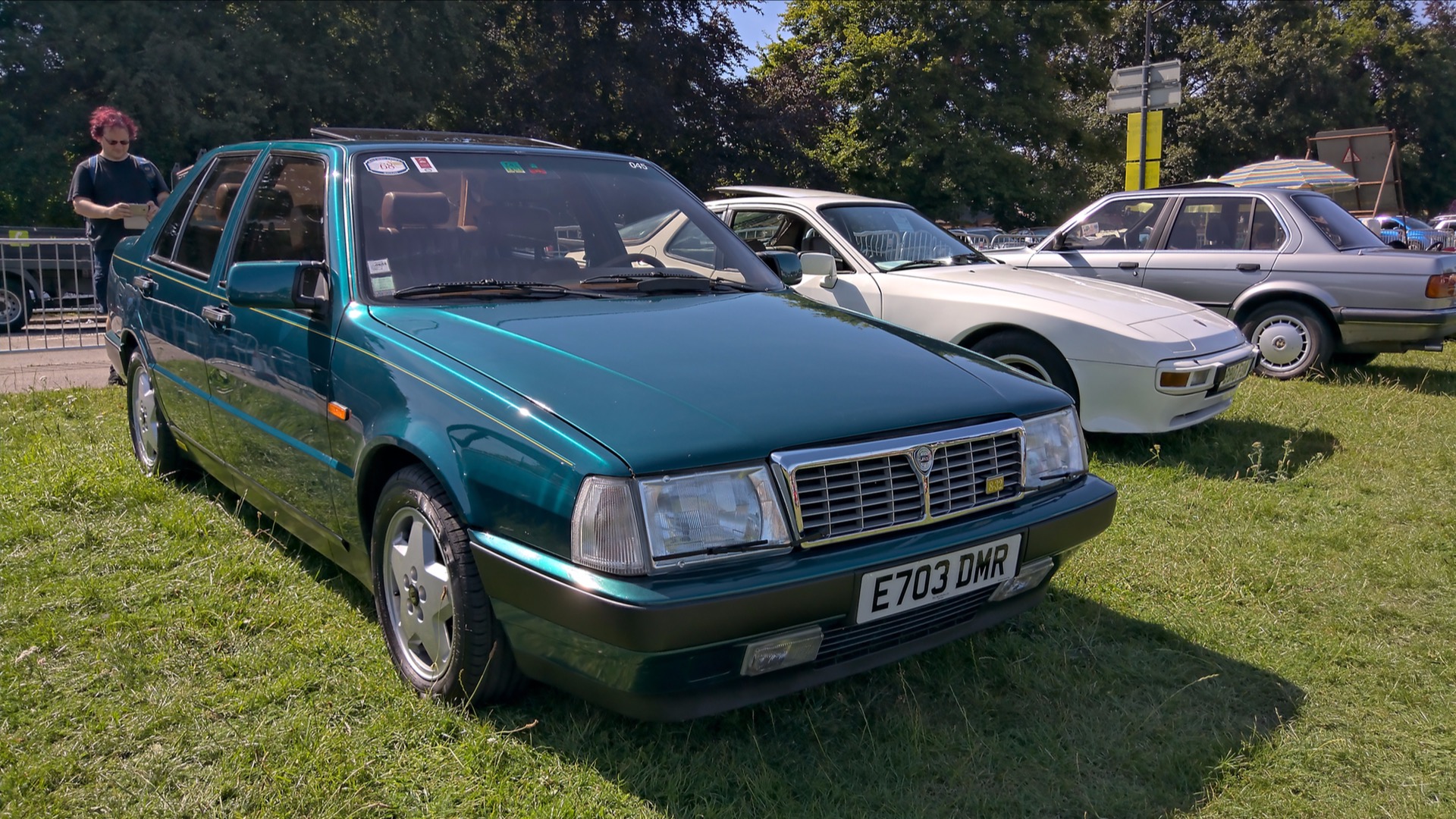 Super saloons don’t come more subtle – or indeed special – than the Lancia Thema 8.32. Beneath that boxy bonnet is a genuine Ferrari V8, shared with the 308 and Mondial. With 215hp, it will blast to 62mph in 7.2 seconds and reach 149mph, all while cosseting its passengers in Alcantara-lined luxury. Cooler than a prancing horse? We reckon so.

Reach for the Skyline 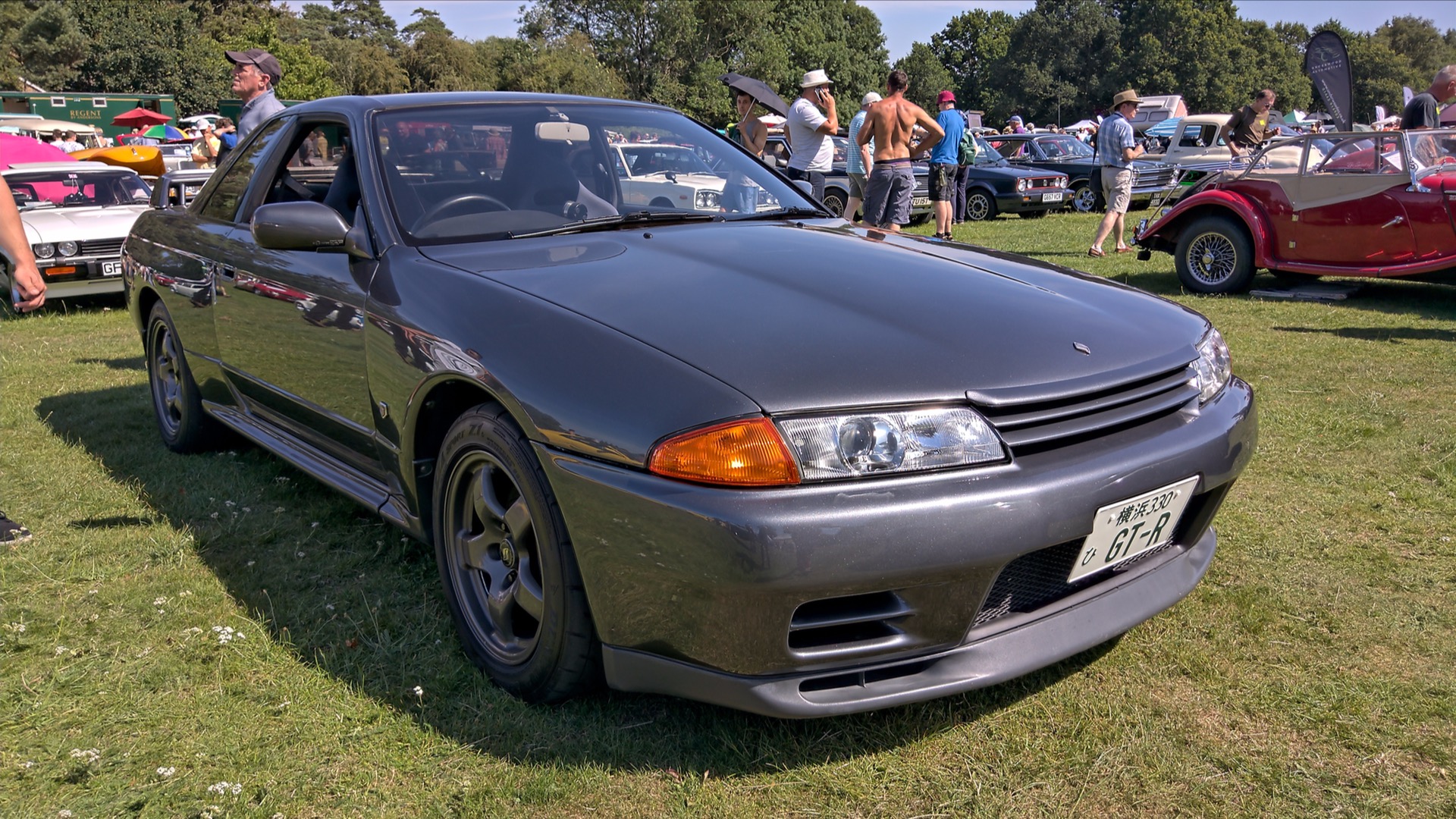 We’ve only driven the ‘R32’ Nissan Skyline GT-R in the virtual world – on Gran Turismo, of course – but the real thing is infinitely cooler. Its turbocharged engine was limited to 280hp by the Japanese ‘gentlemen’s agreement’ of the time, but could be tuned beyond 1,000hp. No wonder it was nicknamed ‘Godzilla’. 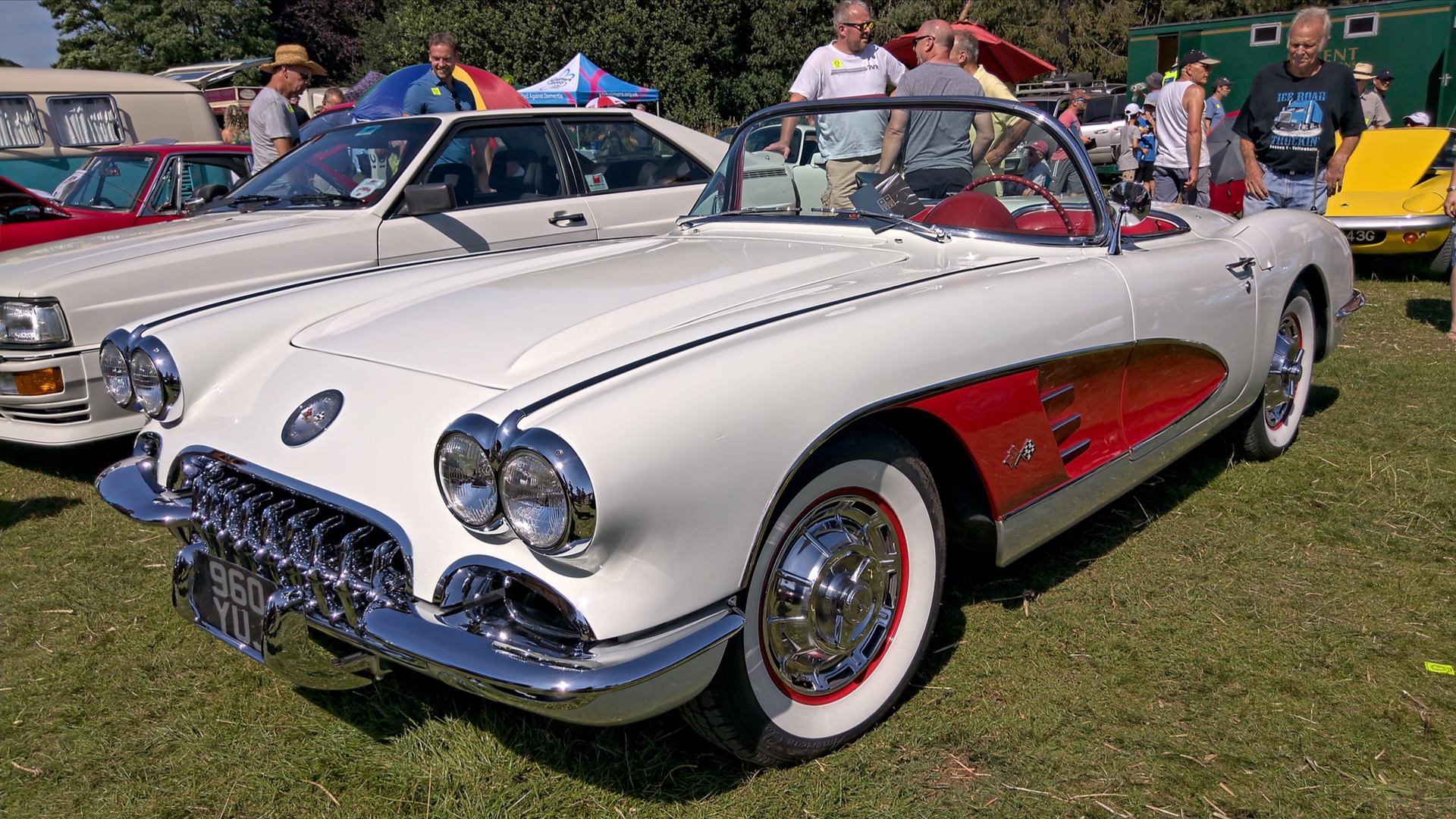 The new C8 is the Corvette on everyone’s lips at the moment, but this C1 is the genesis of the fibreglass American hero. Launched in 1953, it originally came with a straight-six engine. The small block (and big block) V8s came later, as did the iconic ‘Sting Ray’ name and styling for the C2. From humble beginnings…

Manic in the middle

Displayed by our friends at Bell Sports and Classic, this incredible Ferrari Berlinetta Boxer borrows its engine from a 512 BB LM racer. You can tell it’s no standard 512 by the König bodywork and engine snorkels feeding the 12 individual trumpets for the flat-12 engine. Watch out on those width-restrictors, though.

Fire up the Quattro 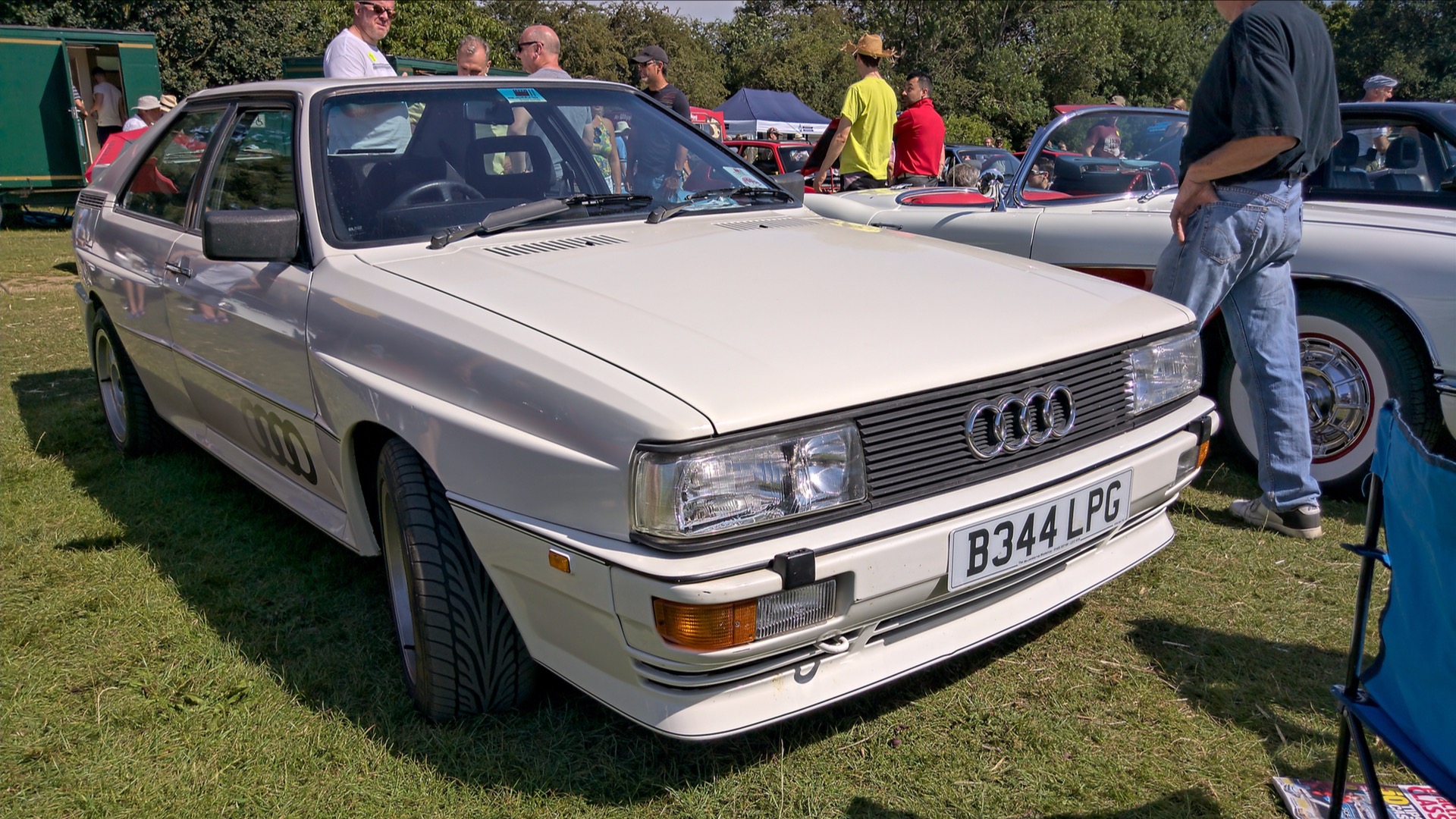 There’s a certain spit, warble and whoosh that can only mean one thing: there are Audi Quattros in our midst. Short of wheelbase and squat of stance, these compact coupes were immortalised on rally stages by the likes of Hannu Mikkola, Stig Blomqvist and Walter Röhrl. The Quattro changed rallying forever, thanks to four-wheel-drive and five-pot turbo power. 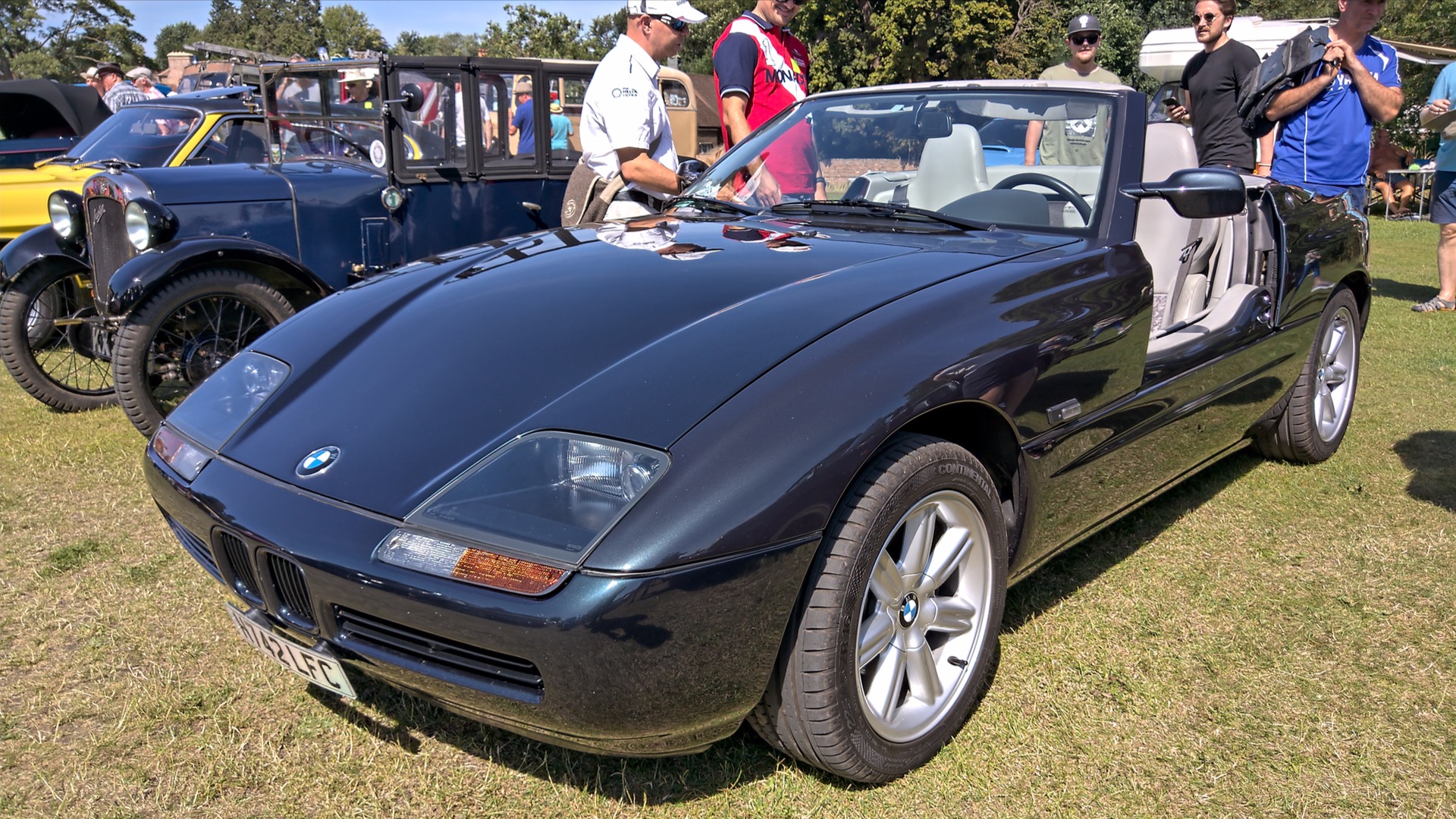 The BMW Z1 is one of the rarest and most undervalued modern classics. It’s more famous for its doors than being the first of the BMW Z-car breed. Speaking of those doors, no, they’re not missing: they drop vertically downwards into the sills. Its engine and many other parts are shared with the contemporary ‘E30’ 325i. 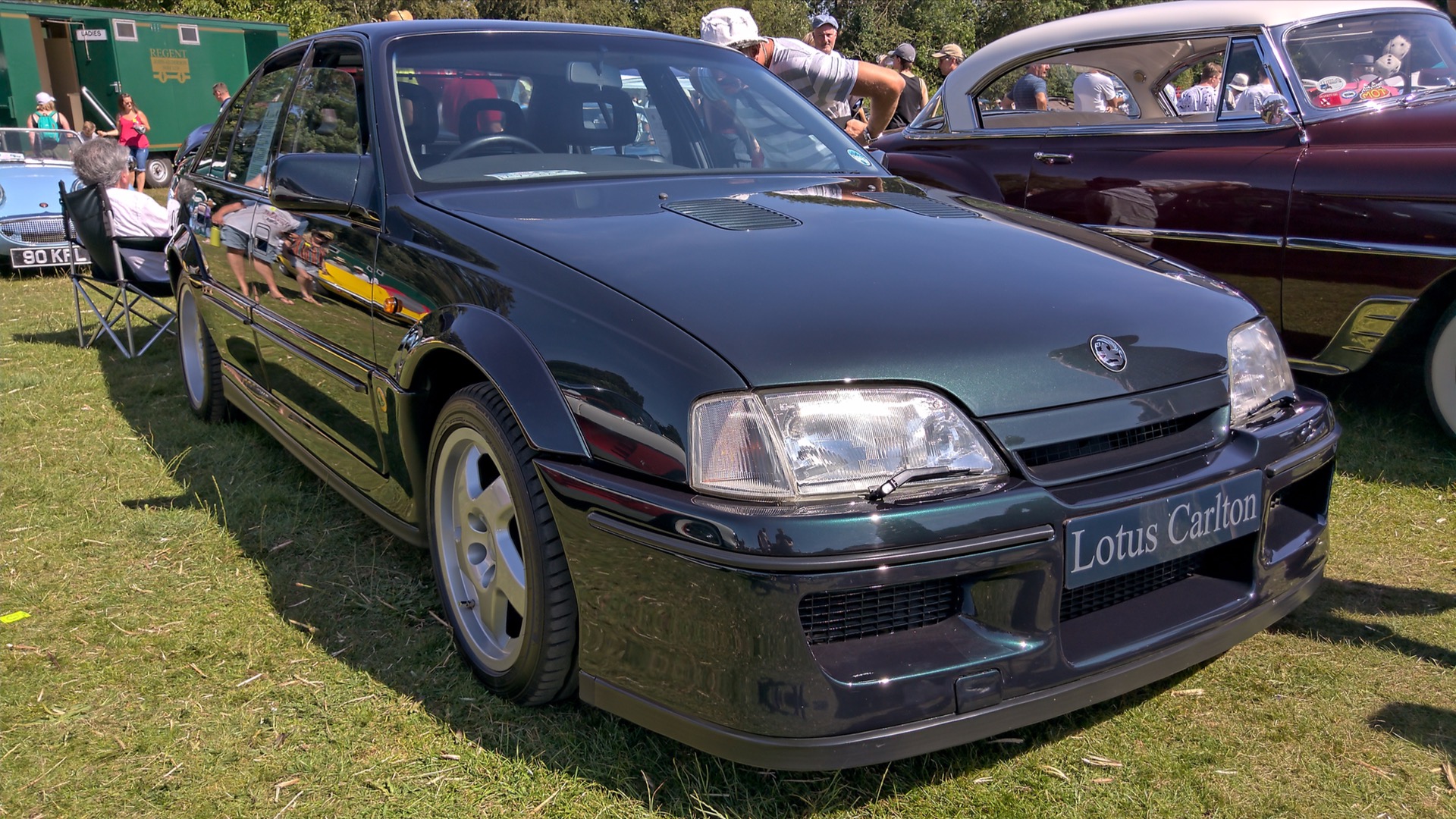 The Daily Mail newspaper famously called for the Vauxhall Lotus Carlton to be banned, saying its 176mph top speed was too high for Britain’s roads. The outwardly-subtle saloon could keep pace with a Ferrari Testarossa, and just 950 were made. Ironically, its 382hp output is bettered by several hot hatchbacks today. 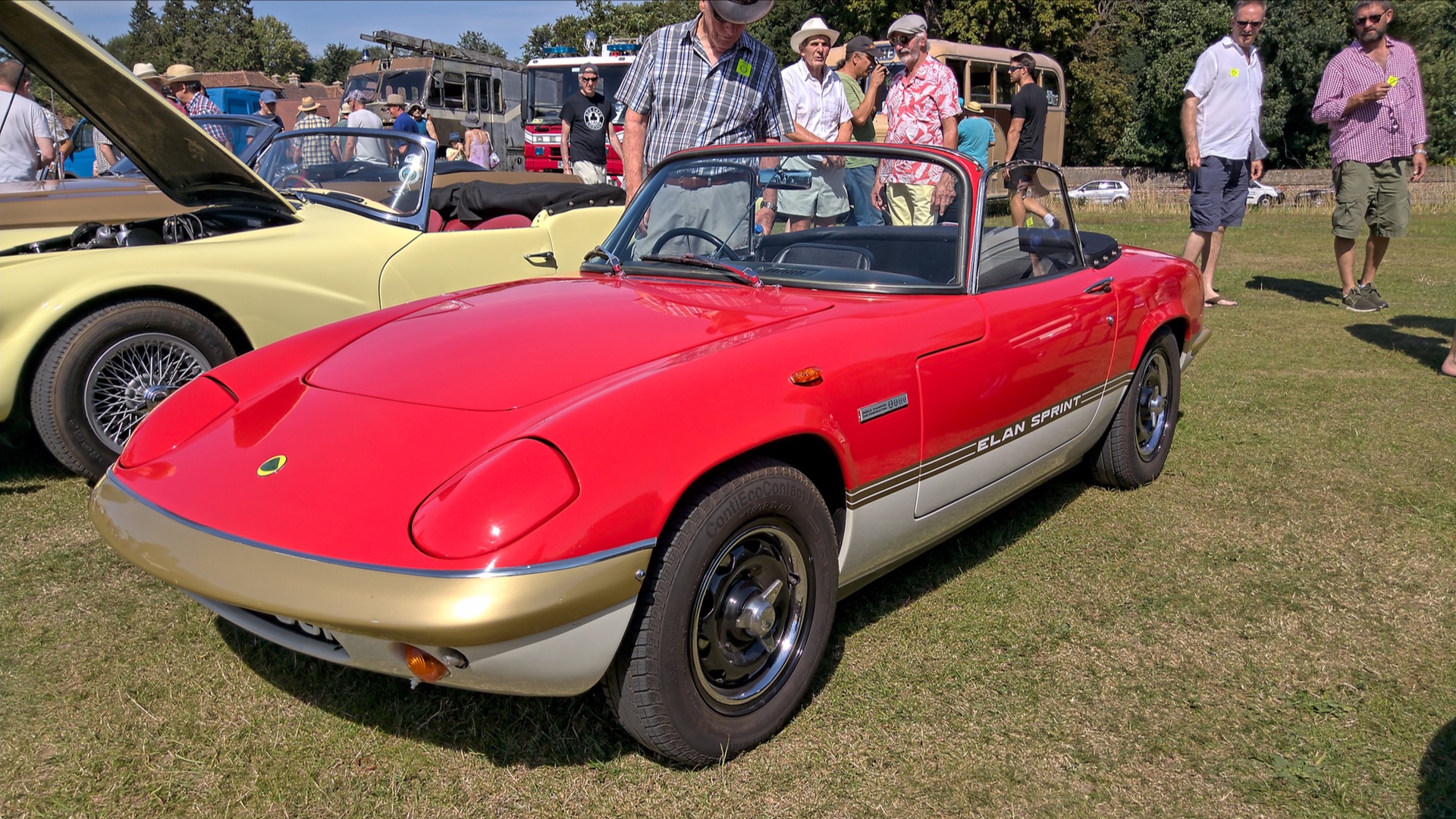 The Lotus Elan inspired Mazda to make the MX-5. It’s the quintessential lightweight sports car, with looks as dainty as its size suggests. With a Lotus twin-cam ‘big valve’ engine, it packed up to 126hp – quite enough in a fibreglass machine weighing 600kg. This Elan wears the iconic colours of the 1969 Gold Leaf Lotus 49 F1 racer. 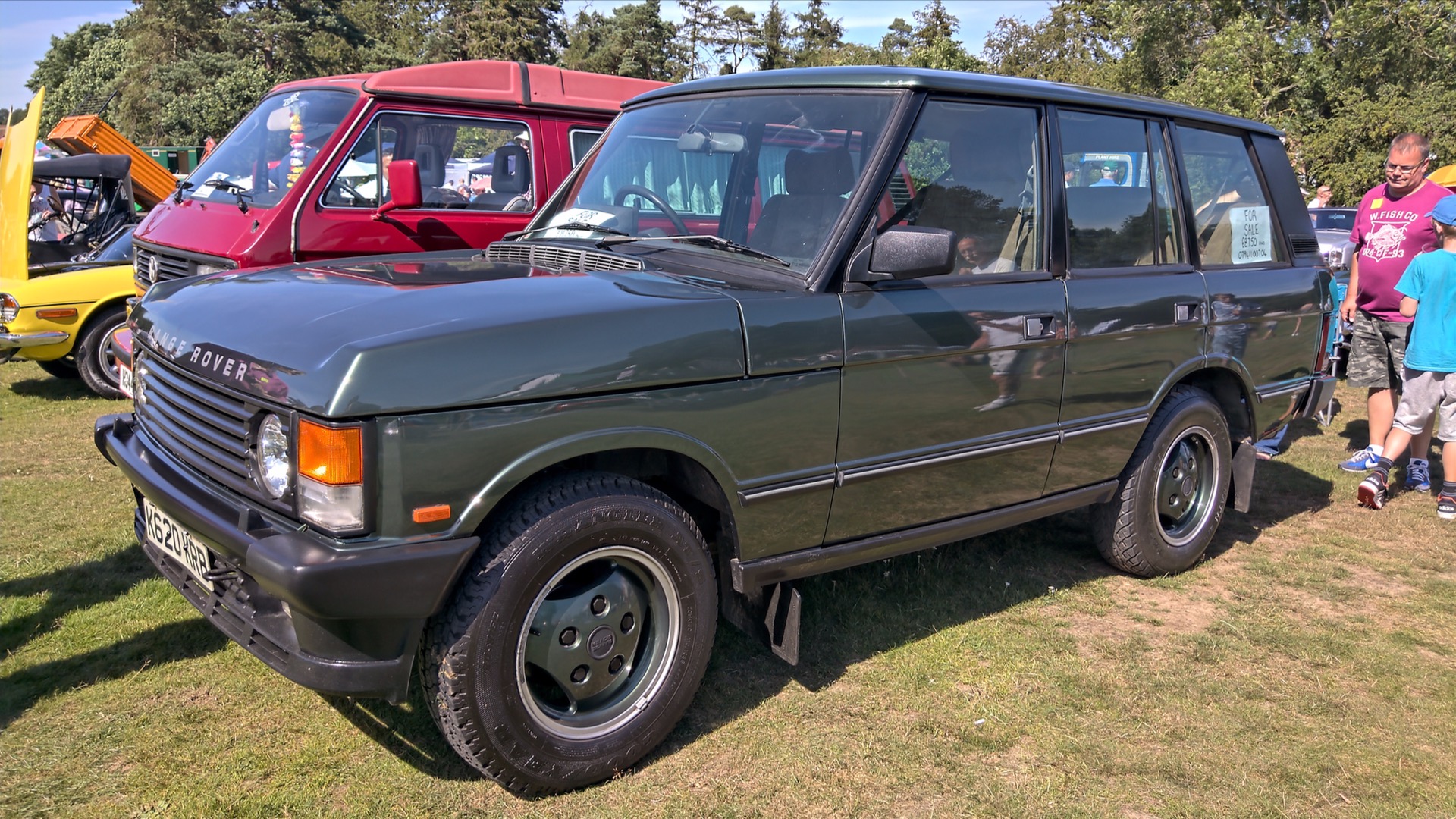 The Range Rover was originally designed to be as utilitarian as any other Land Rover, including a hose-down interior. As it grew older, and two extra doors, it blossomed into a luxury SUV that continues to define the breed. Today, the original is a bona fide classic.

Chairman of the broad 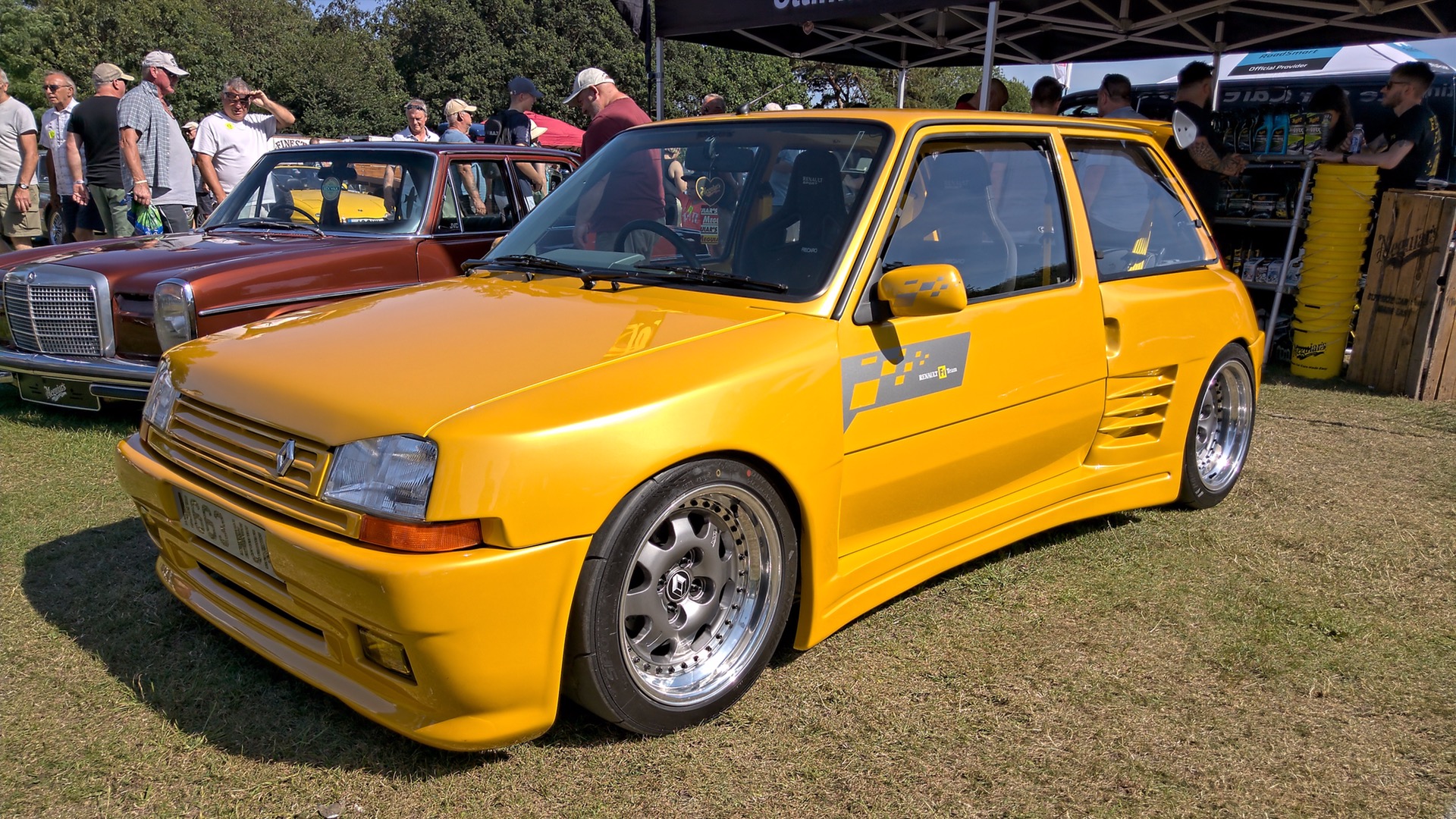 This Renault 5 has some extensive but pretty cool modifications. We’re pretty sure it’s a GT Turbo and it’s got what looks like a Dimma bodykit, including those delicious dished wheels. Finished in liquid yellow, it also has decals from more recent Renault Sport Clio and Megane models. It’s even got a Clio 197 Cup rear wing. A blast from the past. 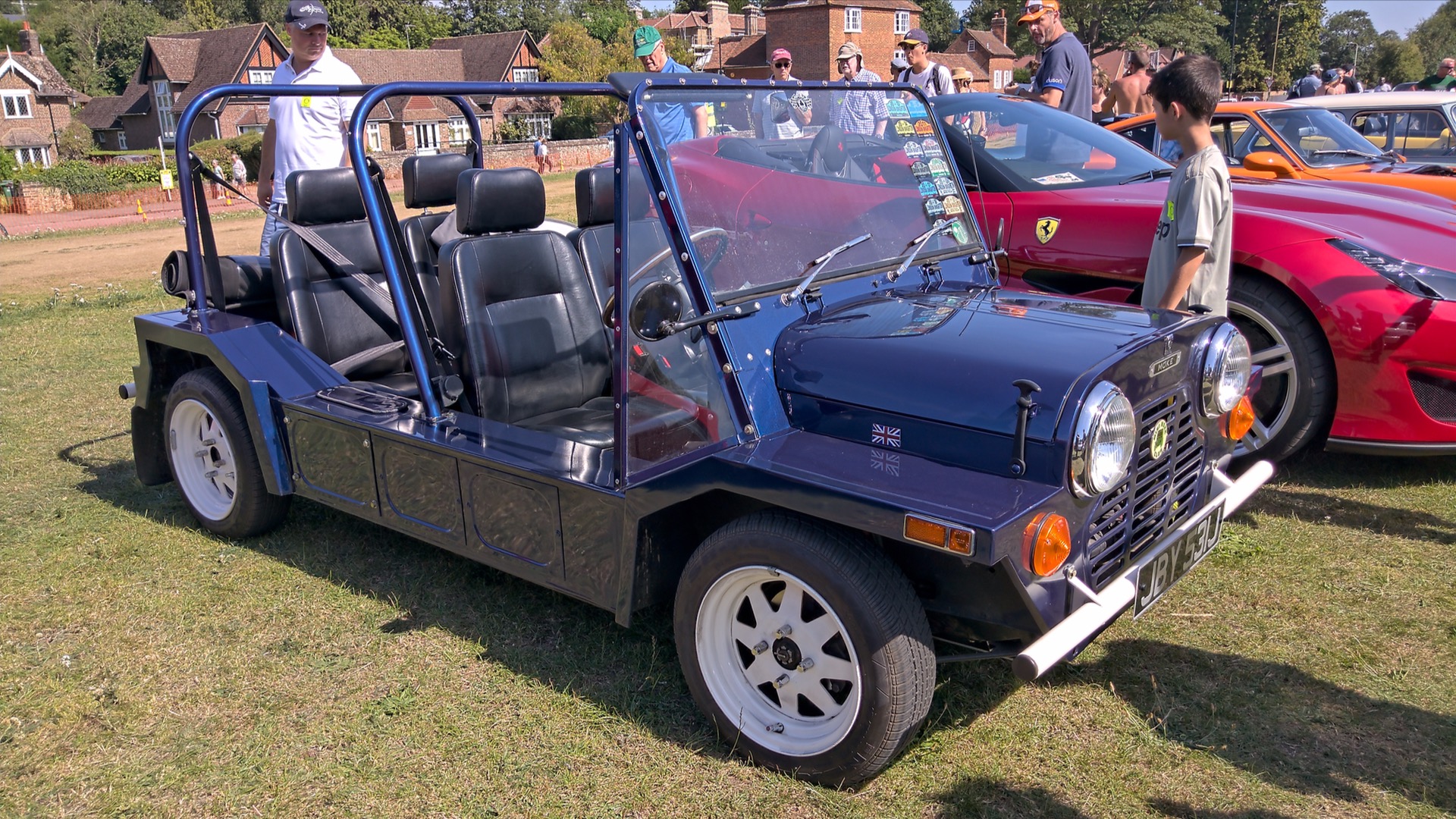 When is a Mini not a Mini? When it’s a Mini Moke. Directly translated, ‘Moke’ is an old term for a donkey. And that pretty much sums up why the Moke exists. Don’t let the lack of armour plating fool you, the Moke was originally earmarked for military service. Although it looks like a post-sale kit car, it was actually designed alongside the normal Mini, as a rival to the Land Rover. 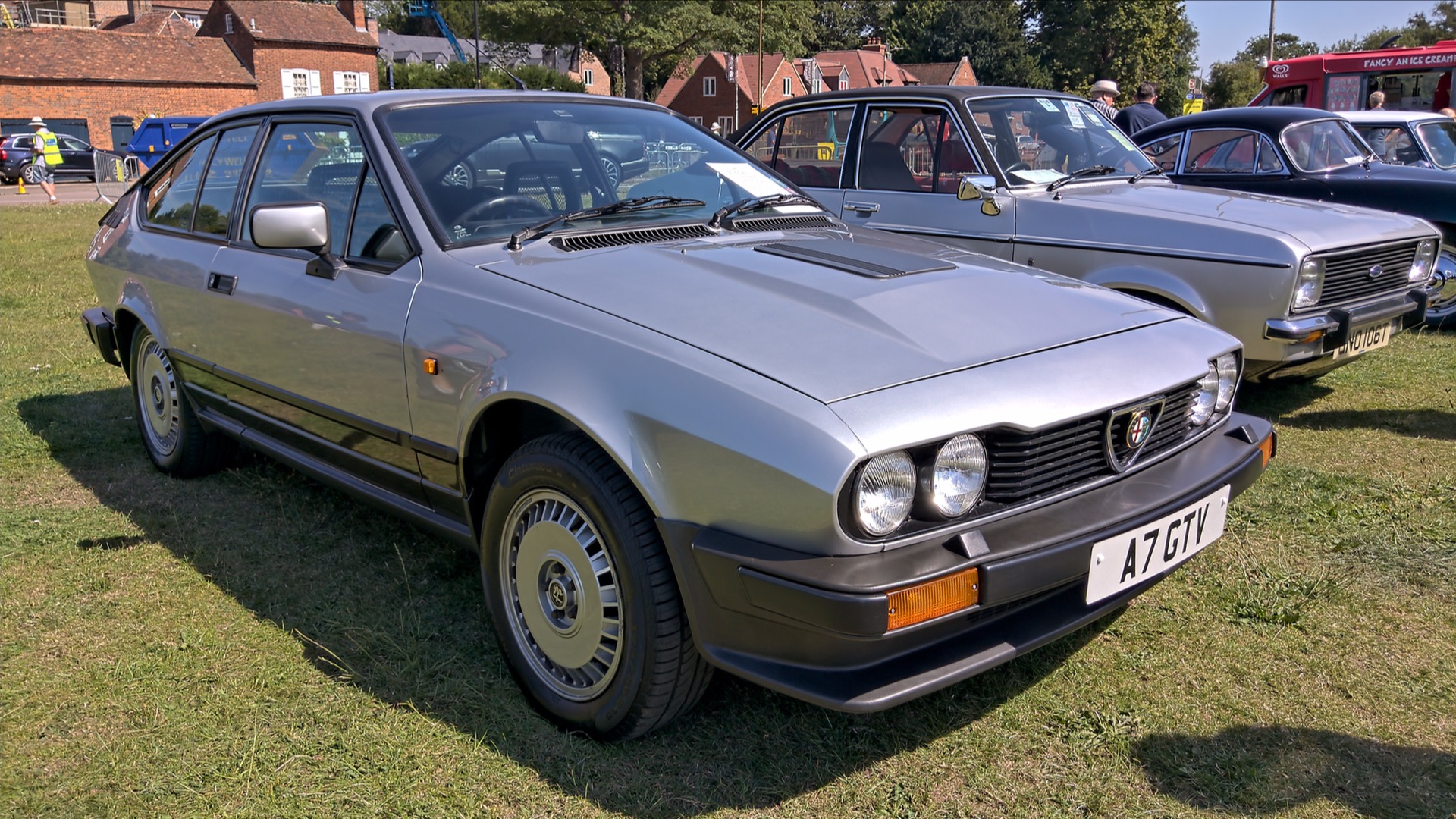 How lovely is this original Alfa Romeo GTV 6? That bonnet bulge is needed to clear the 2.5-litre fuel-injected SOHC V6, while its fishnet headrests are pure retro cool. The GTV also won the European Touring Car Championship four years in a row, proving it wasn’t just a pretty face. 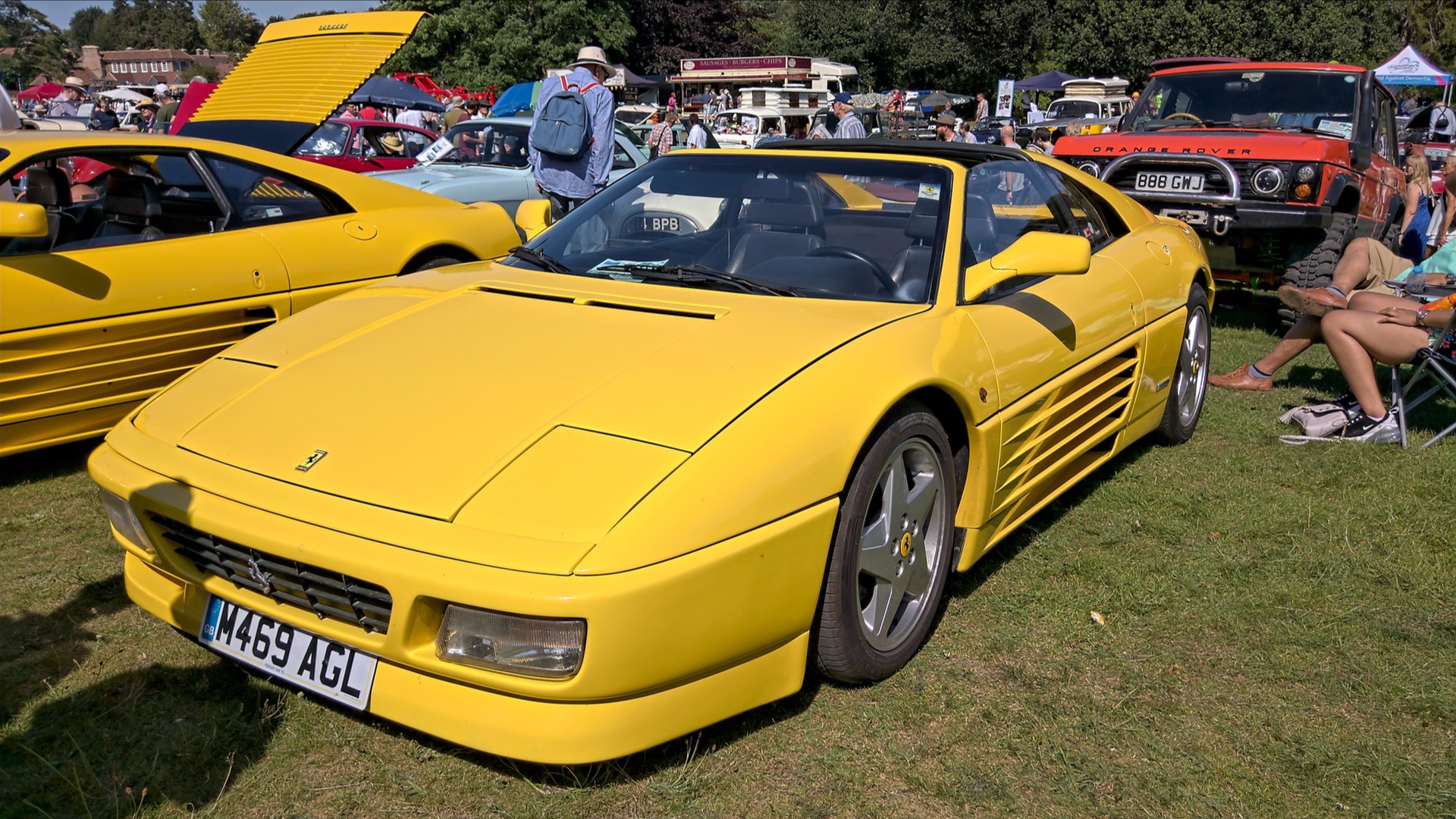 The Ferrari 348 is the least appreciated mid-engined Berlinetta, forever in the shadow of the F355. In recent years, however, it’s become more fashionable – Testarossa side strakes and all. They’re still one of the cheapest Ferraris to buy, which is why they’ve been chosen by resto-modder Evoluto as a base for its upcoming project. 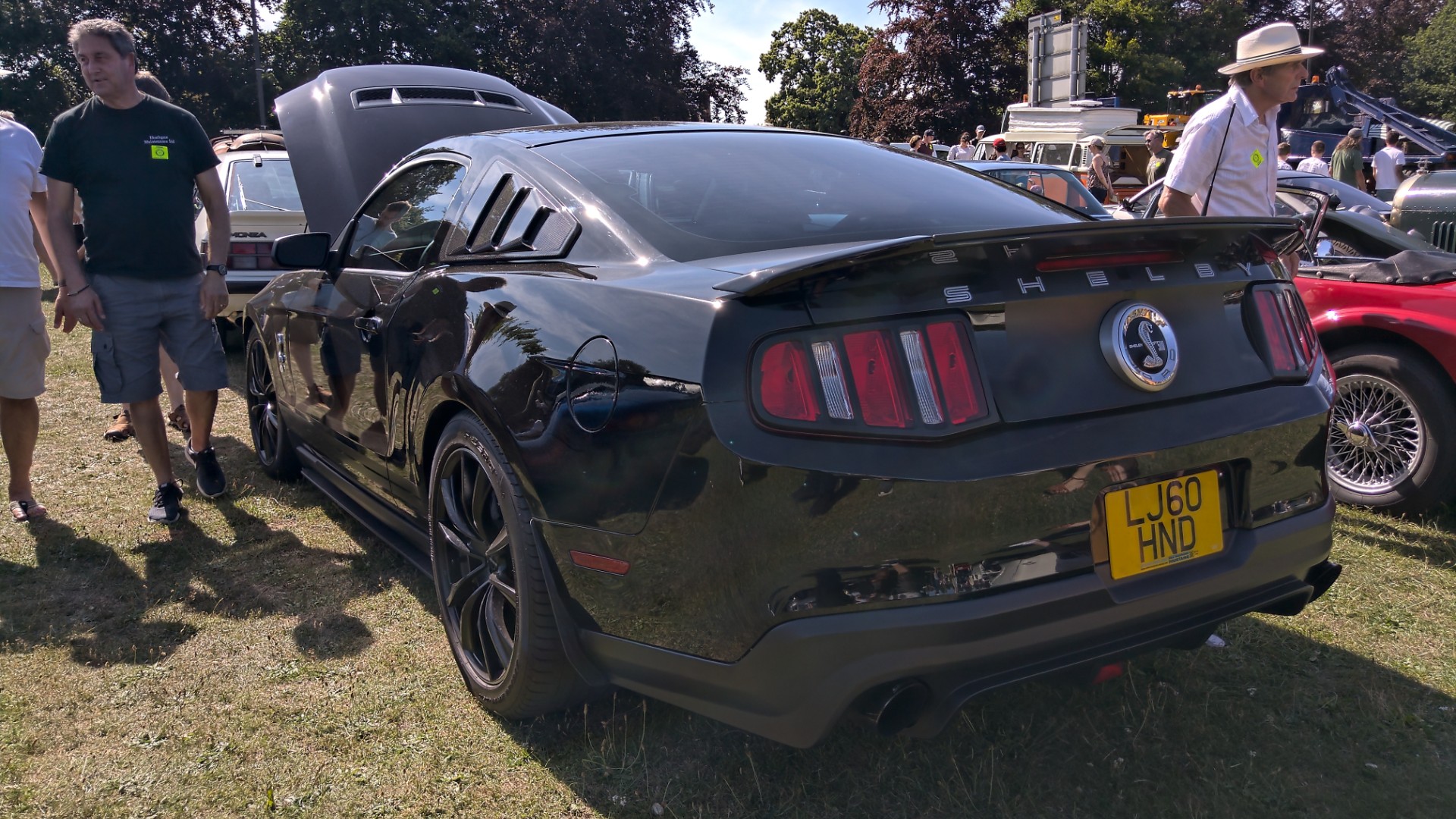 Not quite classic, but certainly not common, this Ford Mustang GT500 was one of the last before the current generation came along. It’s a Shelby with a supercharged 5.4-litre V8 pushing out 550hp – still through a live rear axle. In later facelifted configurations, power reached 680hp from a near-bespoke 5.8 V8. Quite potent, then. 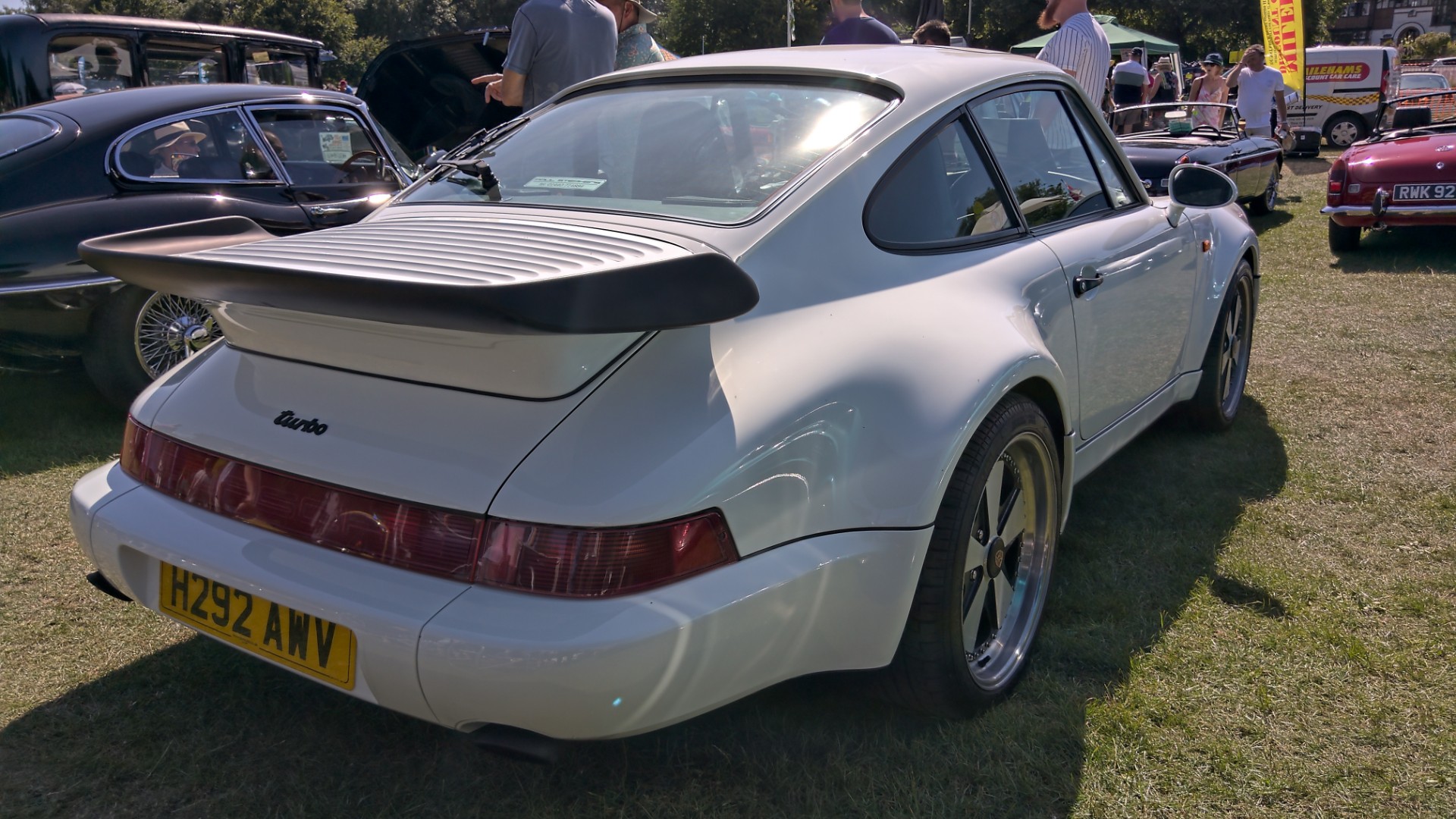 Turbocharging transformed the Porsche 911 into a supercar, and never more so than in ‘964’ guise. The last of the rear-wheel-drive Turbos isn’t quite the widowmaker its reputation suggests, but it’s still a handful on wet roads. Thankfully, it’s the hottest day of the year…