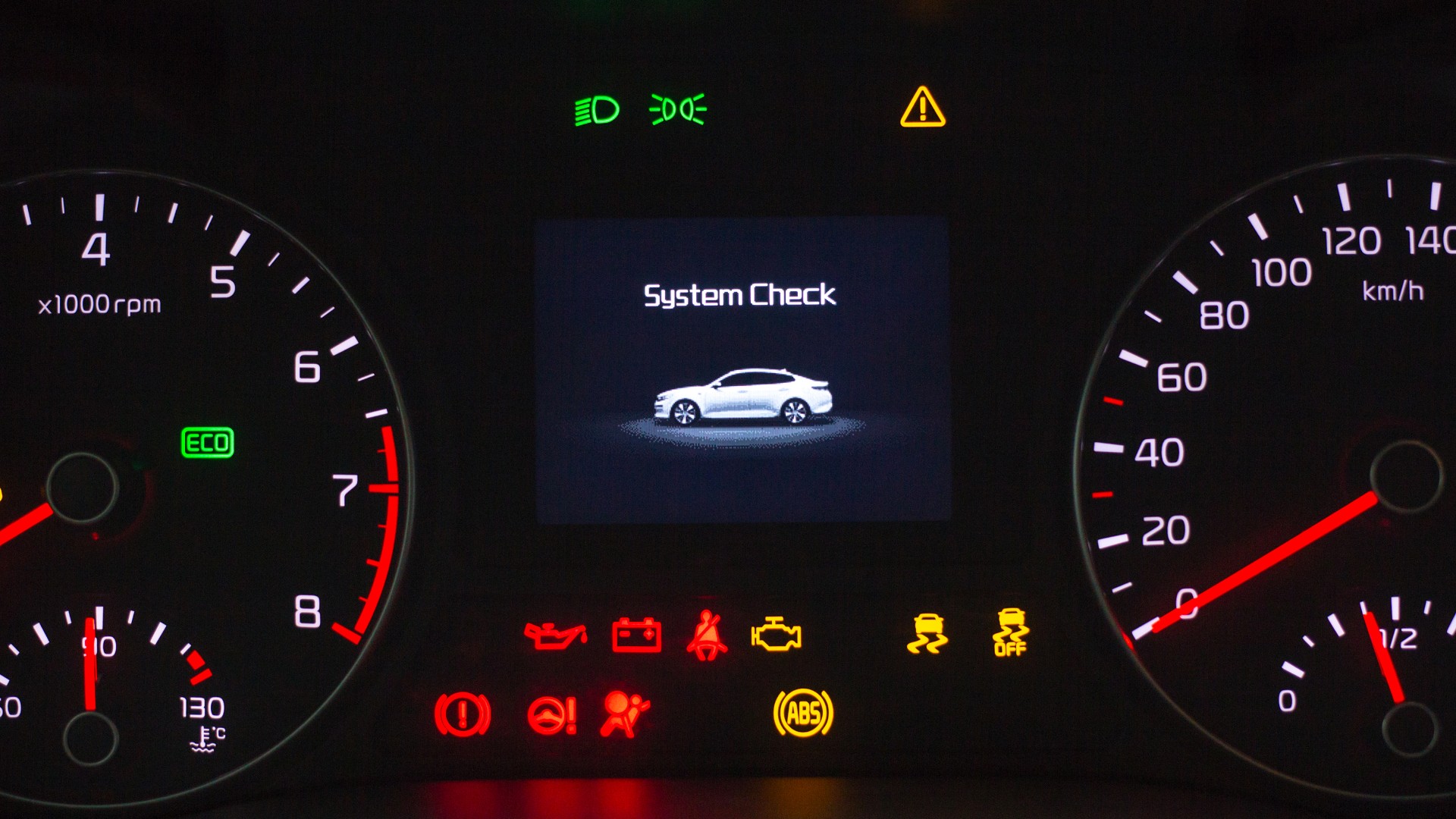 As a driver, you get a front-row seat to what goes wrong with your car via the warning lights on the dashboard.

A diagnostic tool or a robust familiarity with your car’s owners’ book might be required to know exactly what they mean. Some lights are more or less universal. Here, we have a general guide as to what warning lights could mean in your car.

First of all, colours. lights can generally be split into three categories. Red usually means ‘bad’ problems, orange for advice and blue and green for everything else. Generally speaking, whether it’s a solitary light, or your dash is lit up like a cul-de-sac at Christmas, you should address the issue swiftly.

We’ll deal with the red issues first and quickly, as you should when you see them… 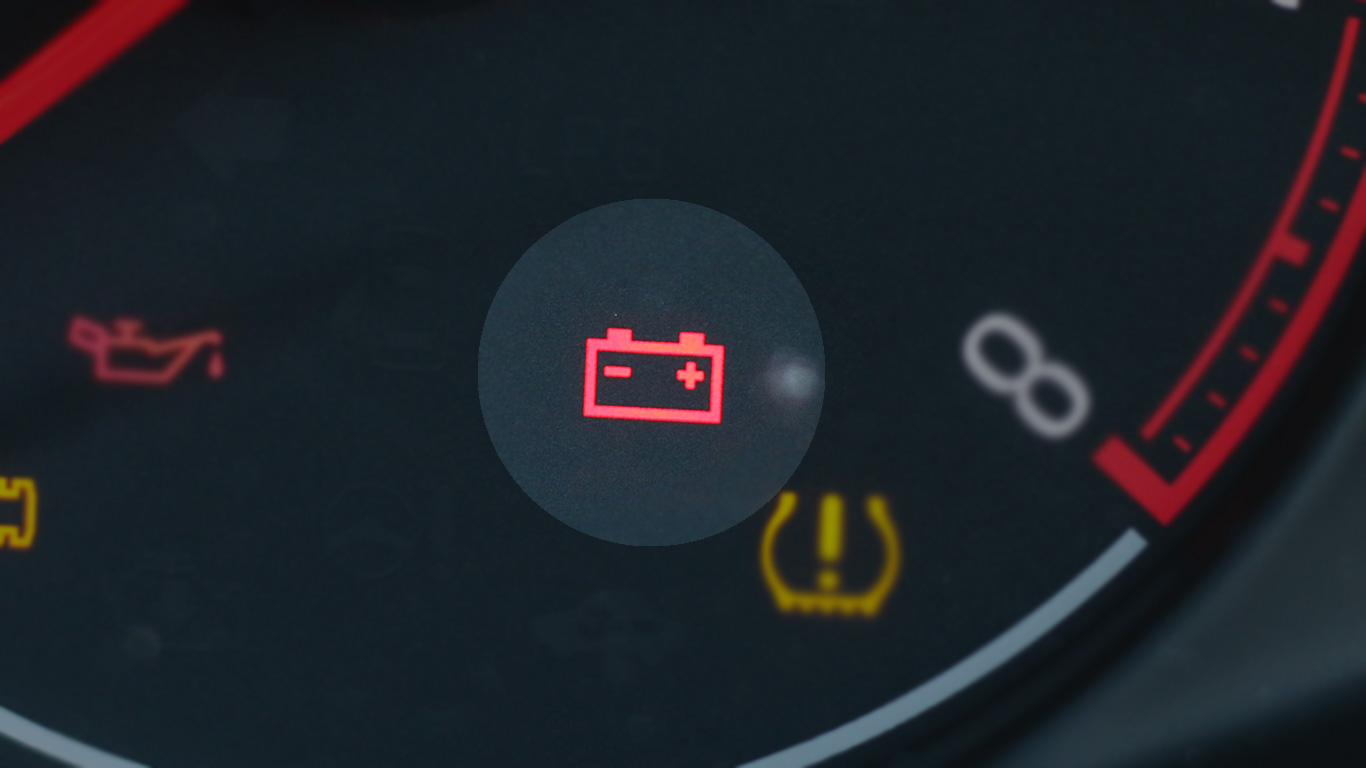 A red warning light in the shape of a square car battery showing positive and negative terminals indicates an issue with charging the battery. This could be a problem with the battery itself, or the alternator or alternator belt. 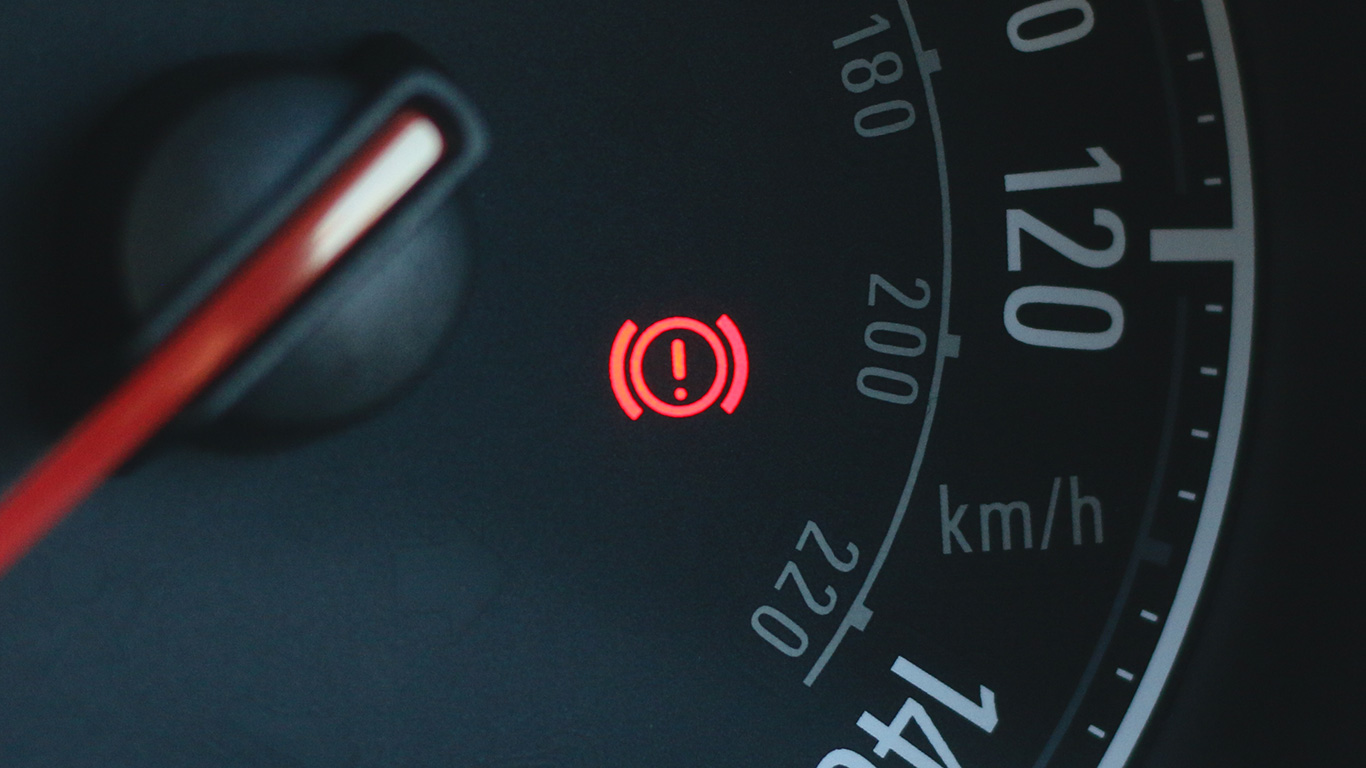 A brake warning light could be triggered by something as simple as the handbrake being on. If it doesn’t turn off when you disengage the handbrake, check the brake fluid level or get a professional to look into it. 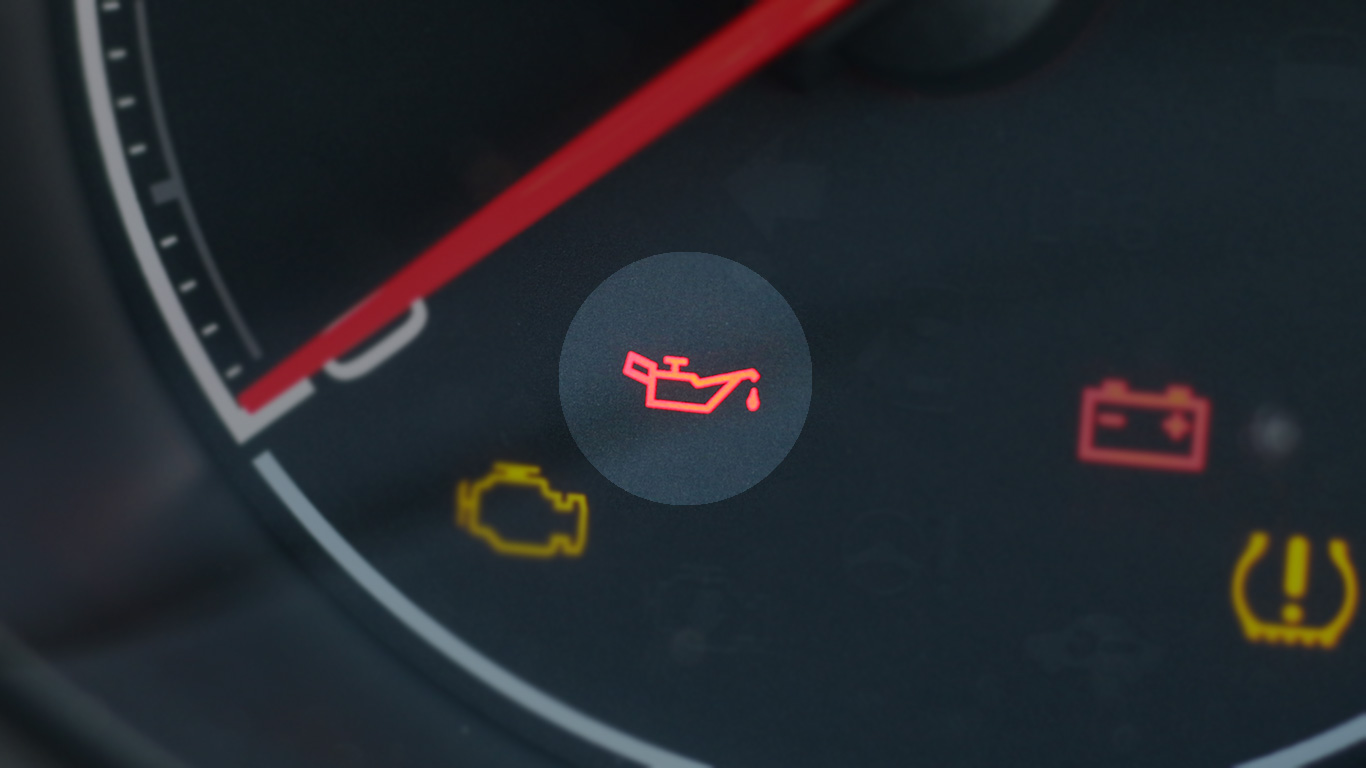 A light which looks like an oil can signifies low oil pressure. You should not drive with this light illuminated as it could cause damage to the engine. Turn the engine off and check the oil level – it may need topping up. Seek assistance if the light remains lit. 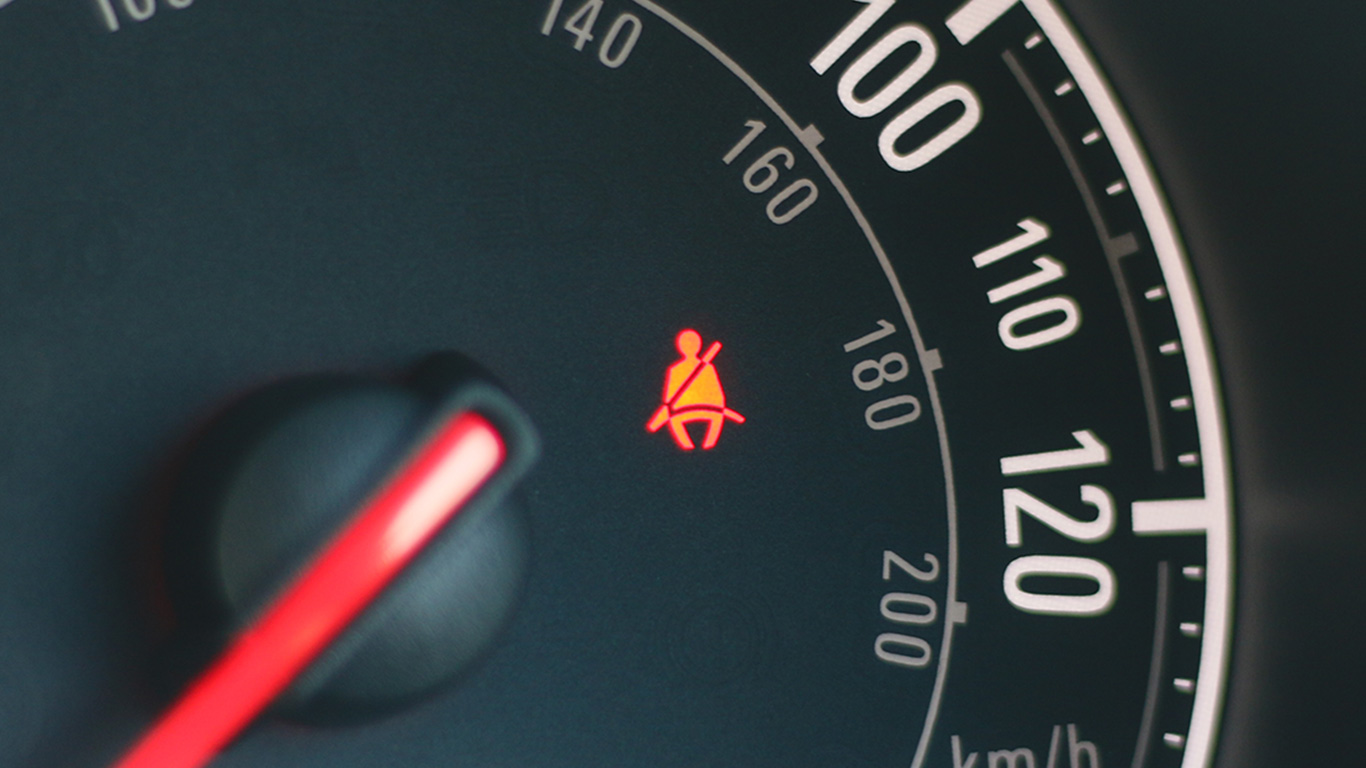 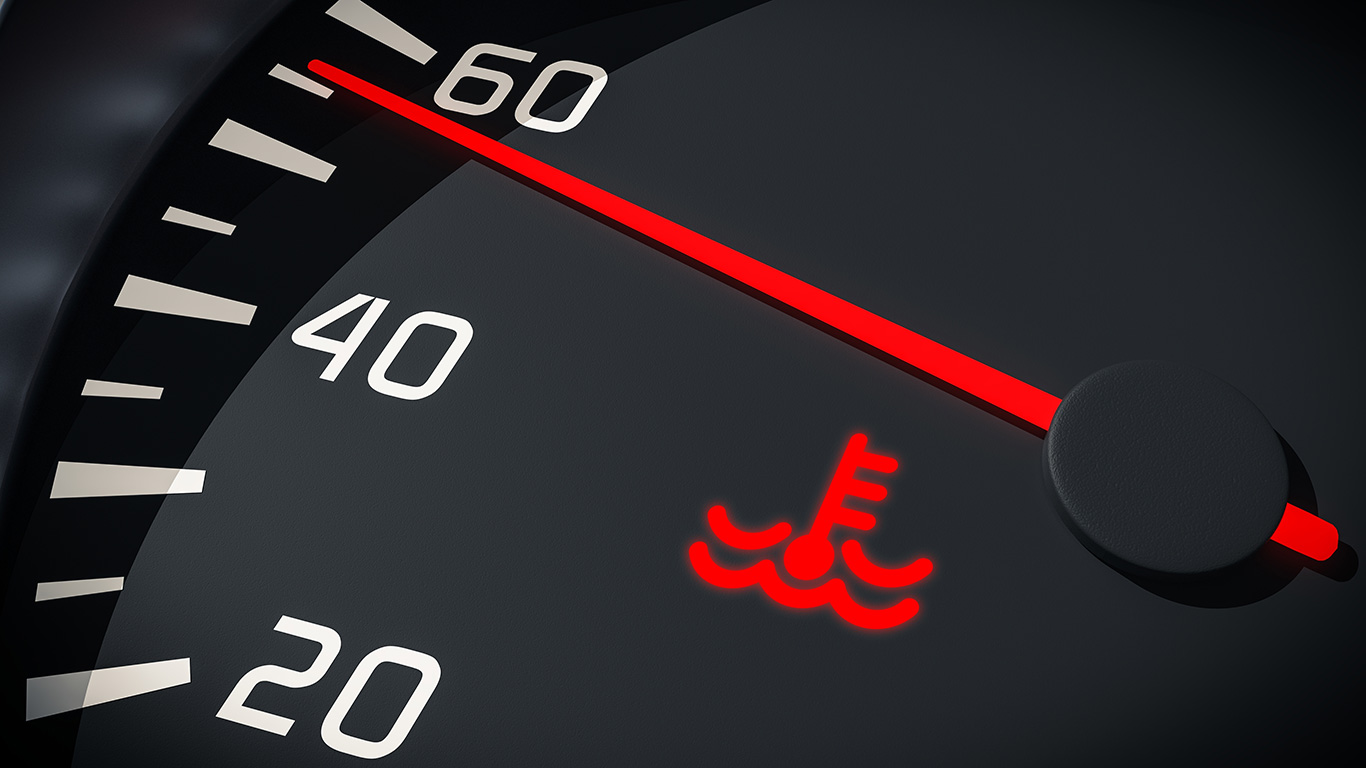 Although you should keep an eye on your car’s temperature gauge to identify any issues with its cooling system, some cars have a temperature warning light for when it gets hot. This looks like a thermometer with wavy lines. Like the oil pressure warning light, you should stop and turn off the car’s engine to prevent further damage. 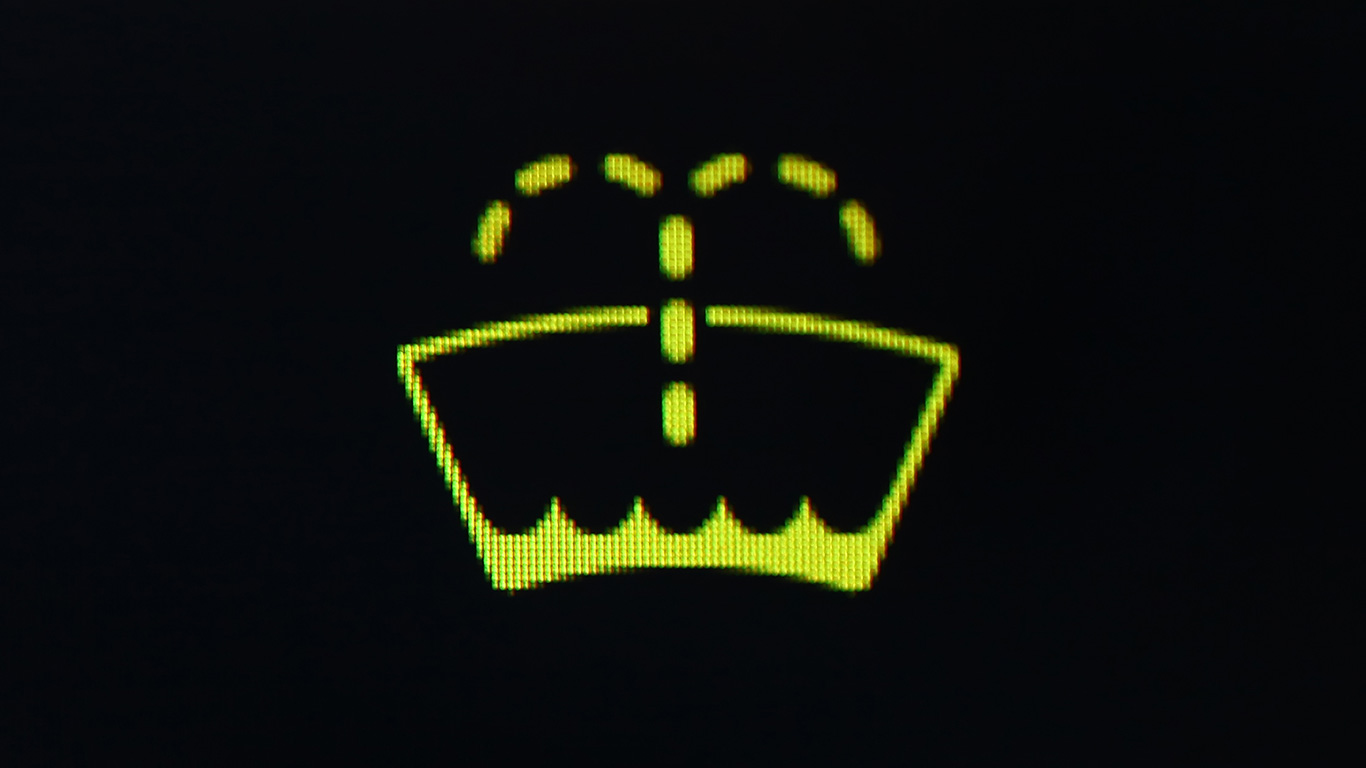 We’re now moving onto orange or yellow lights, which signify advice rather than urgent issues. A shortage of washer fluid can trigger a warning light on some cars. Simply top up the washer fluid reservoir to turn the light off. 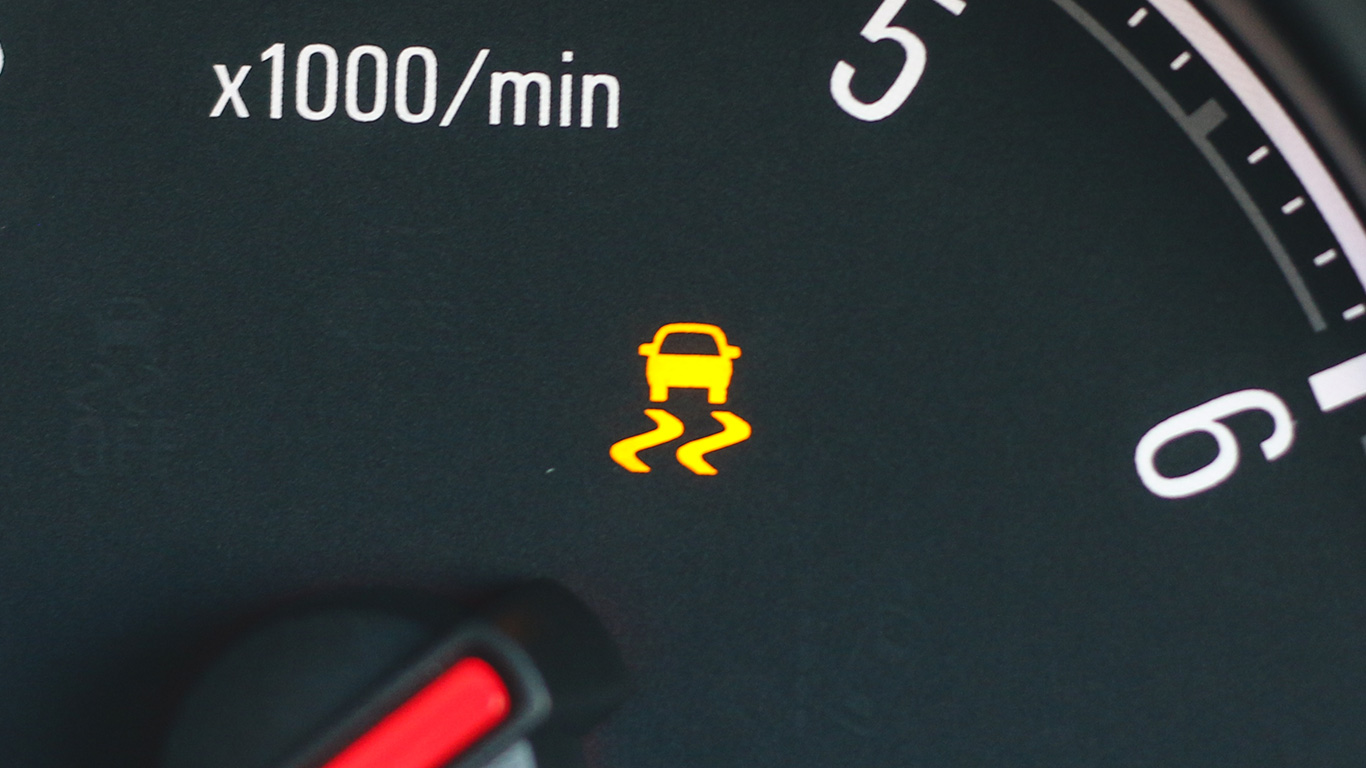 Occasionally you might see this light appear for a brief moment while driving. Most likely to appear in slippery or wet conditions, the traction or stability control light means the car is having to brake a wheel or cut power to prevent wheelspin. Driving more cautiously with the conditions in mind will prevent it appearing again. 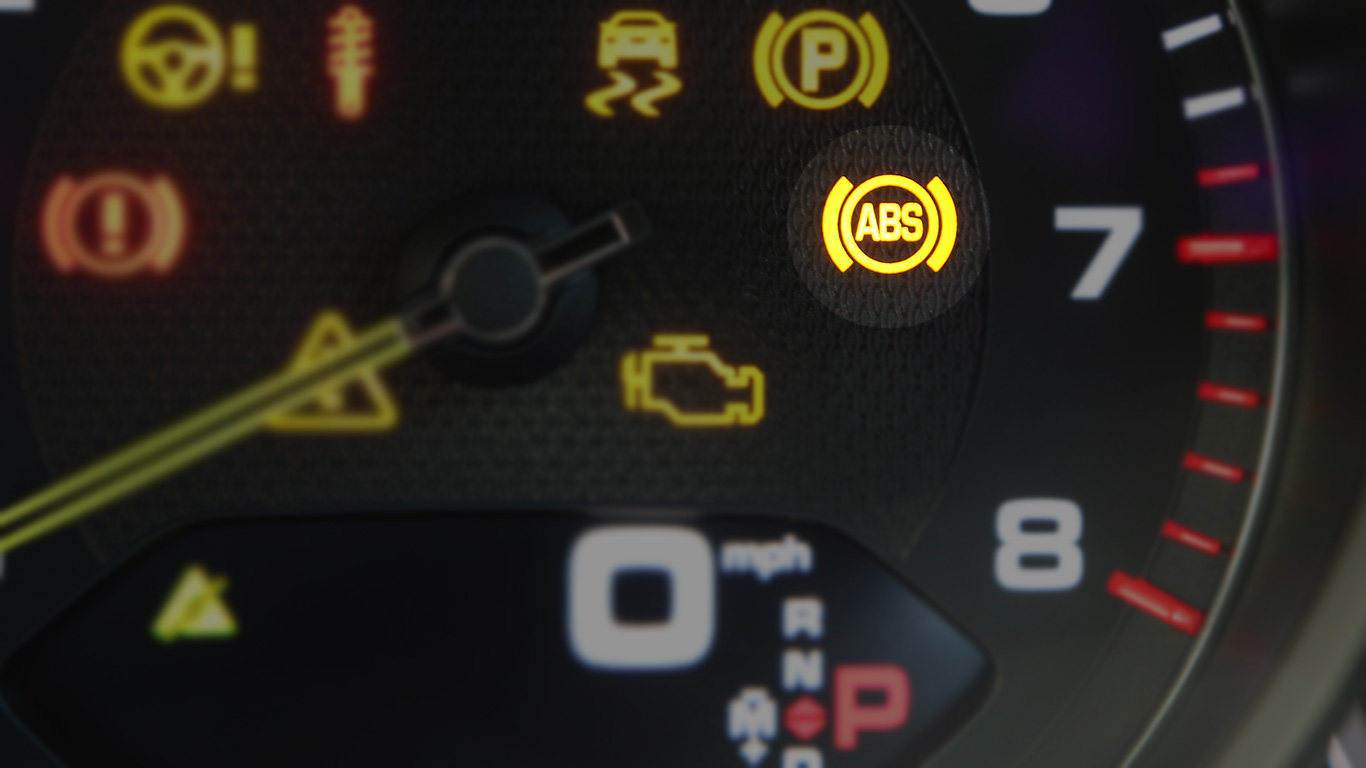 The ABS light is likely to come on during hard braking. This is when the anti-lock braking system is triggered. Essentially, during heavy braking the system will modulate the brakes to prevent the wheels locking up and causing a skid. Like traction control, if this kicks in while driving, adapt your driving to prevent it. 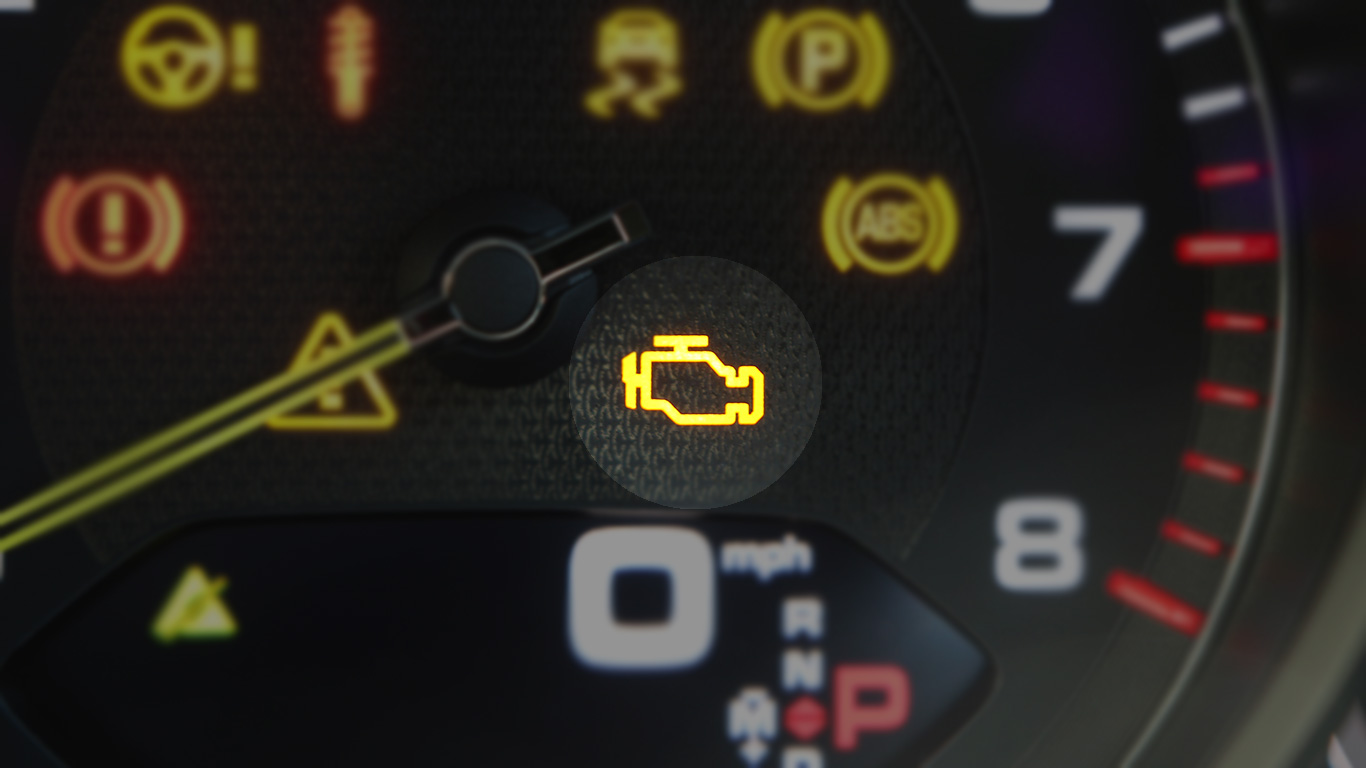 The engine management or ‘check engine’ light could mean a wide range of things from an open fuel filler cap to a serious engine problem. You’ll need to plug a diagnostics reader into your car to establish exactly what the issue is. 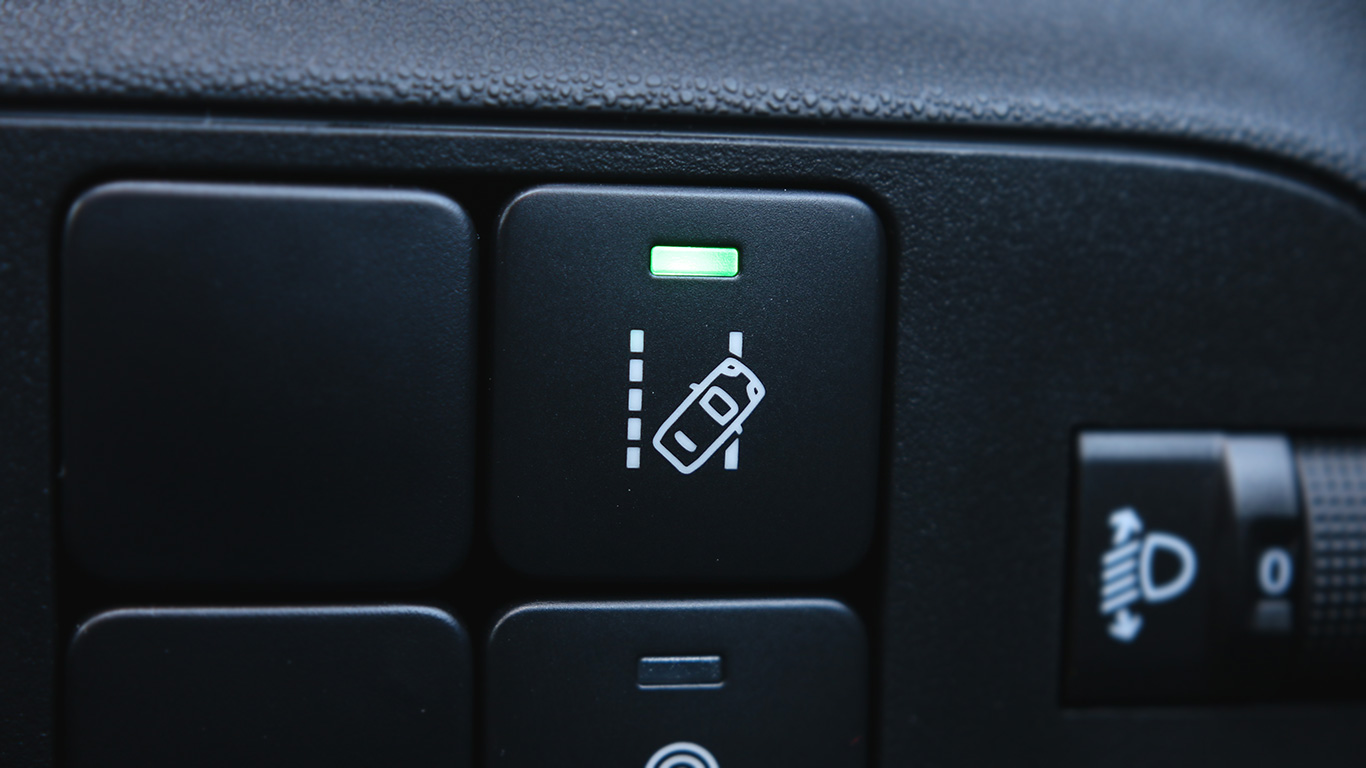 If your car is fitted with lane assist to nudge you back into lane if your car starts to drift on the motorway, a light might display to show it’s enabled.

If your car is fitted with cruise control, a light showing a car’s speedo with an arrow pointing at it might display when the system is turned on. 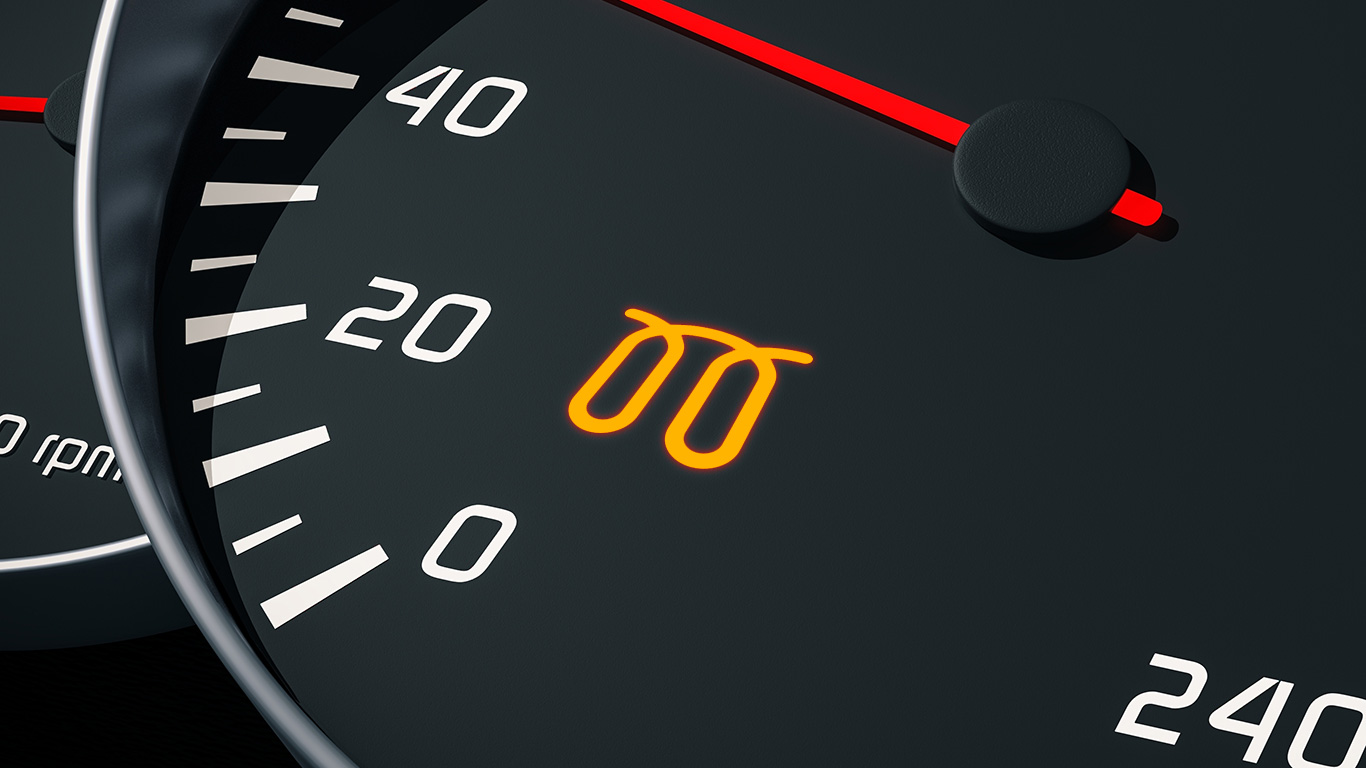 If you drive a diesel car, a glow plug light might display when you’re first turning it on. This means the glow plugs are warming up and the ignition shouldn’t be turned on until the light goes out. If the light flashes, it suggests a problem with the glow plugs. 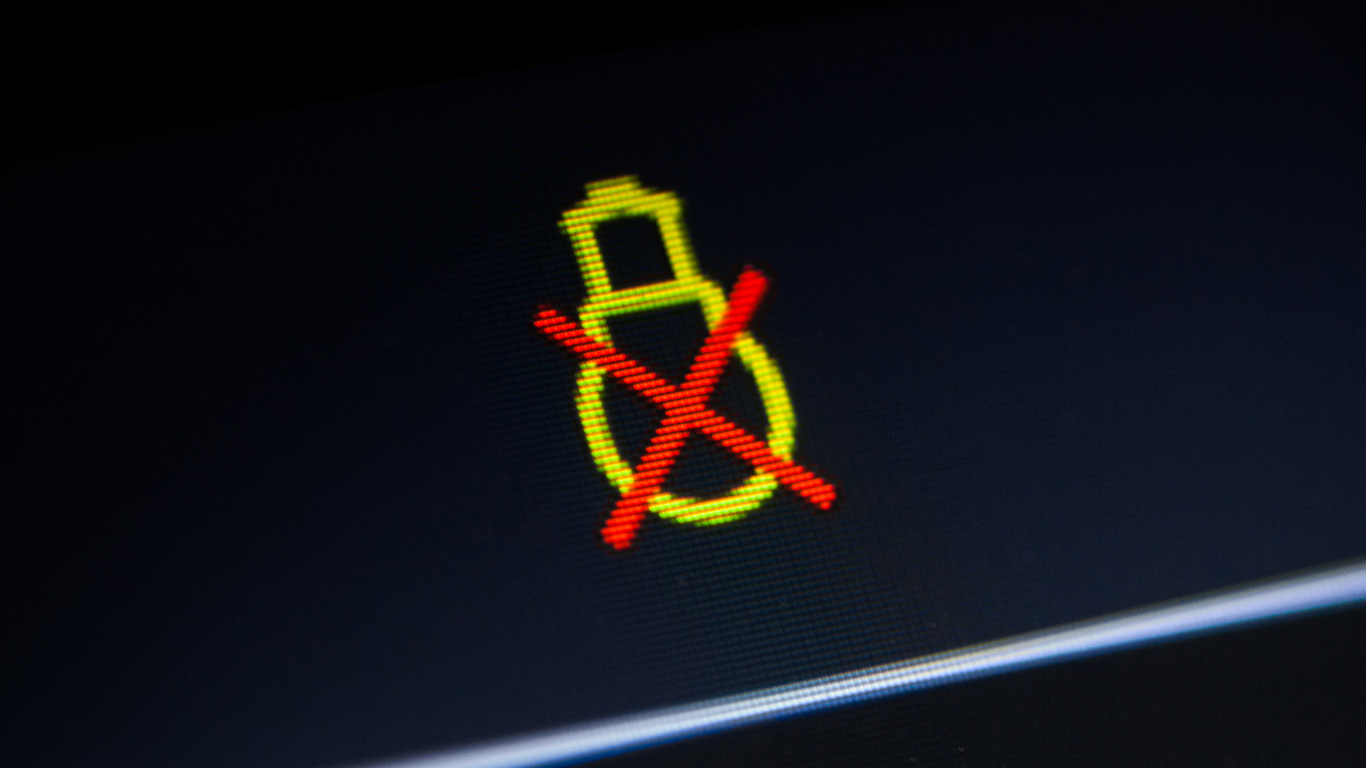 Some cars will display a warning light when they detect a failed bulb in one of the car’s lights. Replace the bulb to extinguish the light. 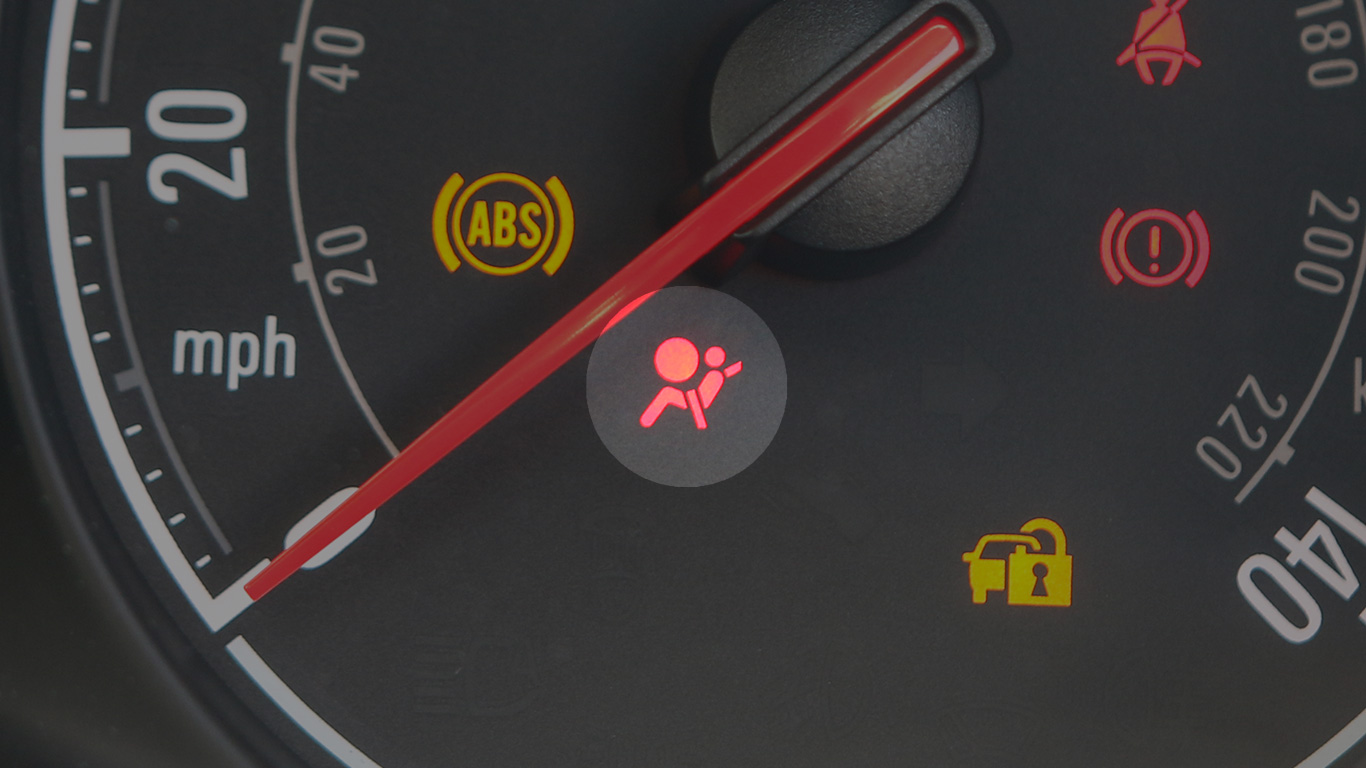 A light showing a person with a circle in front of them suggests there’s a fault with one of the car’s airbags. Investigate it as soon as convenient. 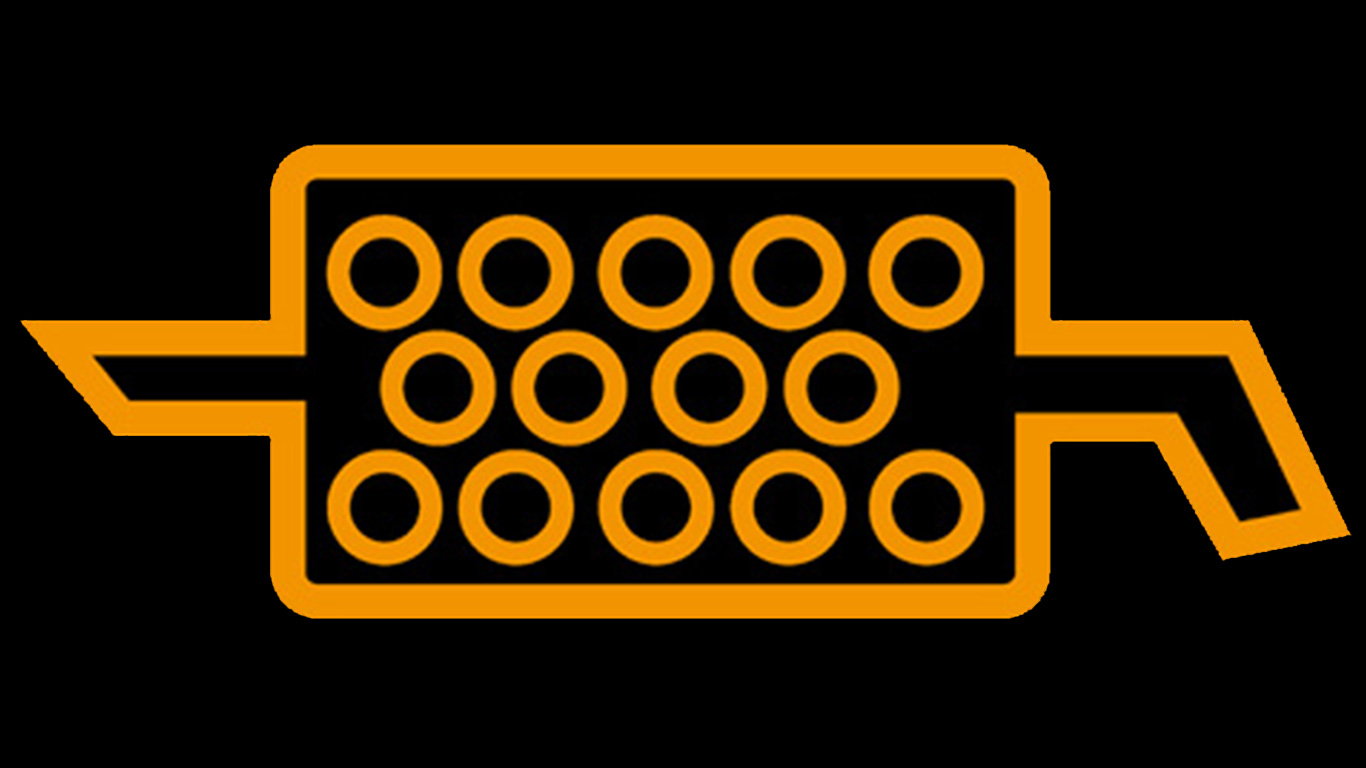 If you drive a modern diesel car, it might display a DPF light when the diesel particulate filter becomes blocked. This is most likely to happen if you do lots of short journeys at low speeds. Allow it to regenerate by driving on a long motorway journey. 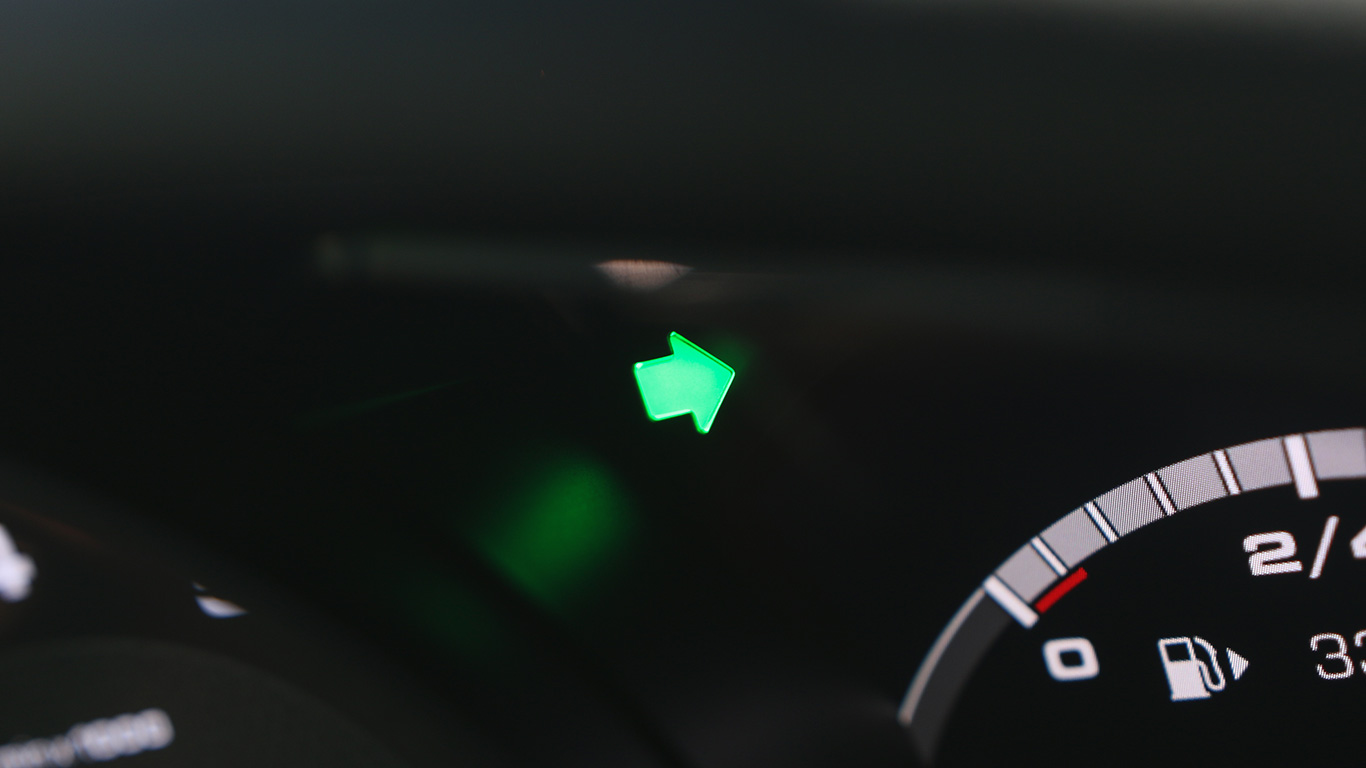 When you turn your indicators or hazard lights on, left or right arrows will display on the dash to show which way you’re indicating. 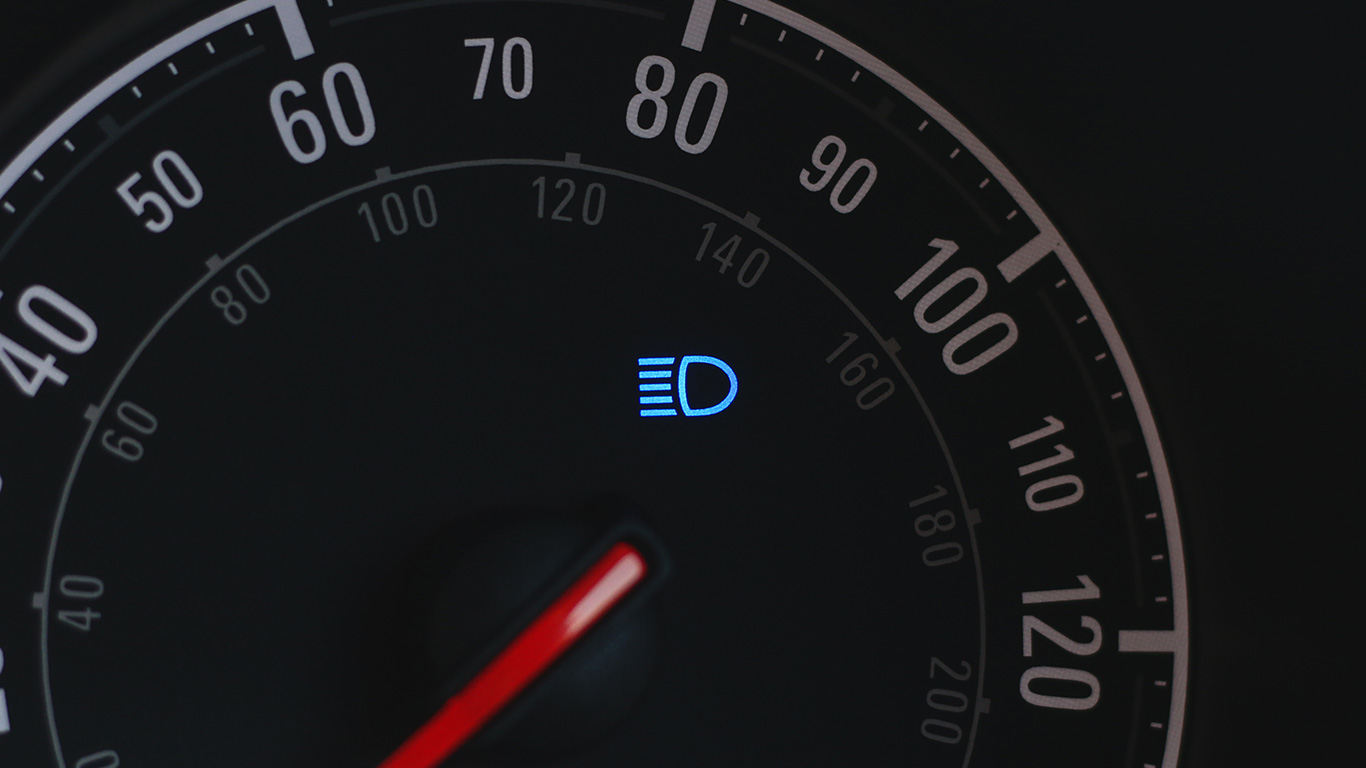 When you’ve got main beam engaged for driving in the dark, a blue light like the one in the picture above will display on your dash. You should make sure you dip your headlights when there are other cars about to prevent oncoming drivers being blinded. 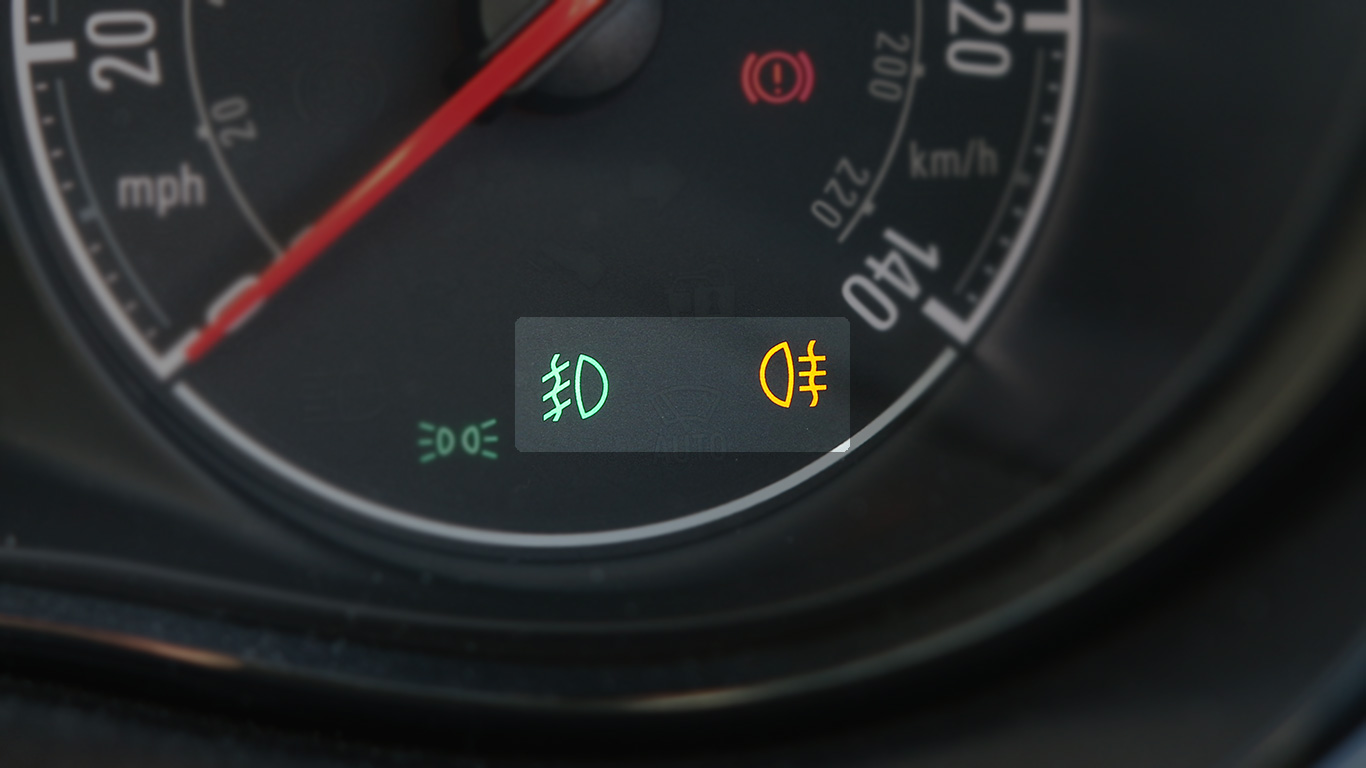 A curved ‘D’ shape next to wavy lines will indicate that your front or rear fog lights are turned on. These should only be used when visibility drops below 100 metres. 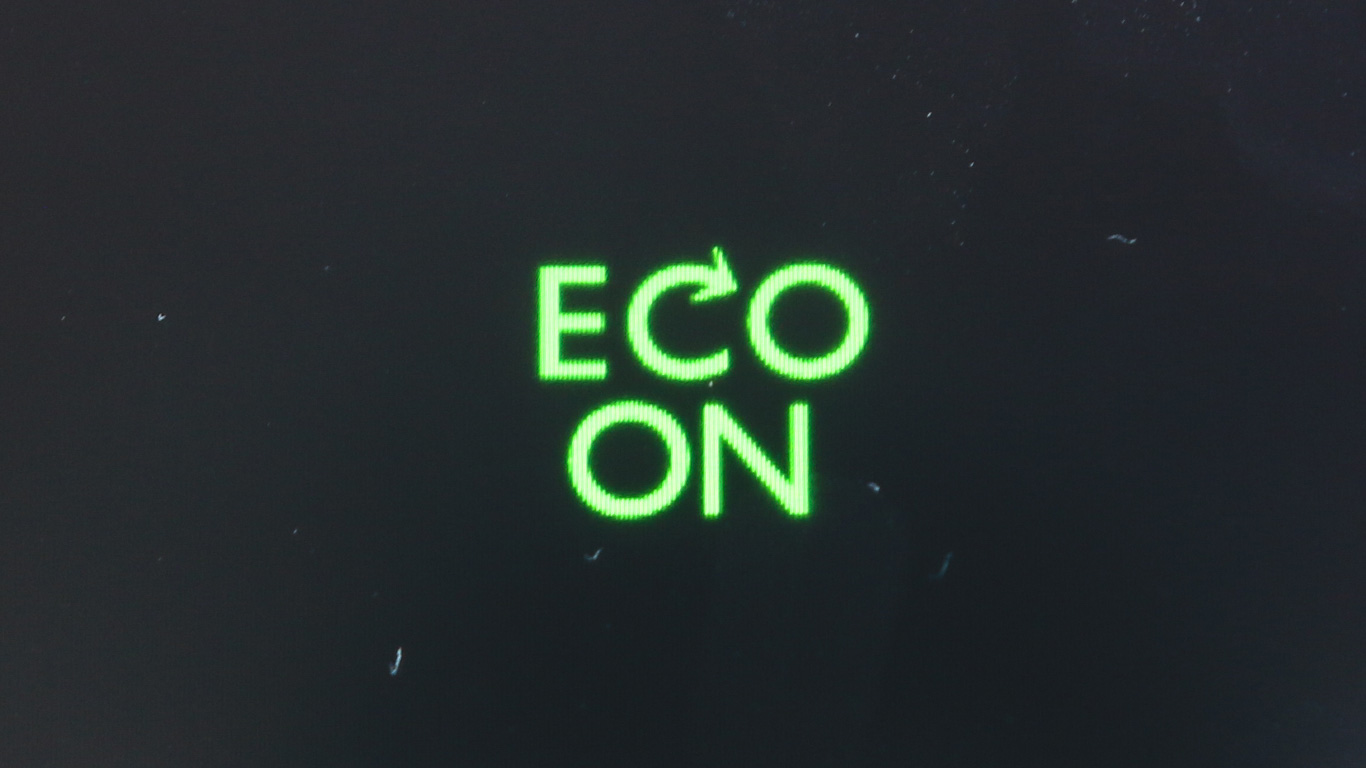 An exclamation mark below a curved arrow relates to the car’s stop/start system. Depending on the car it could mean that the system is turned on, allowing the engine to turn off when the car’s stopped to save fuel, or turned off. It could also mean there’s an issue with it – consult your owner’s manual.