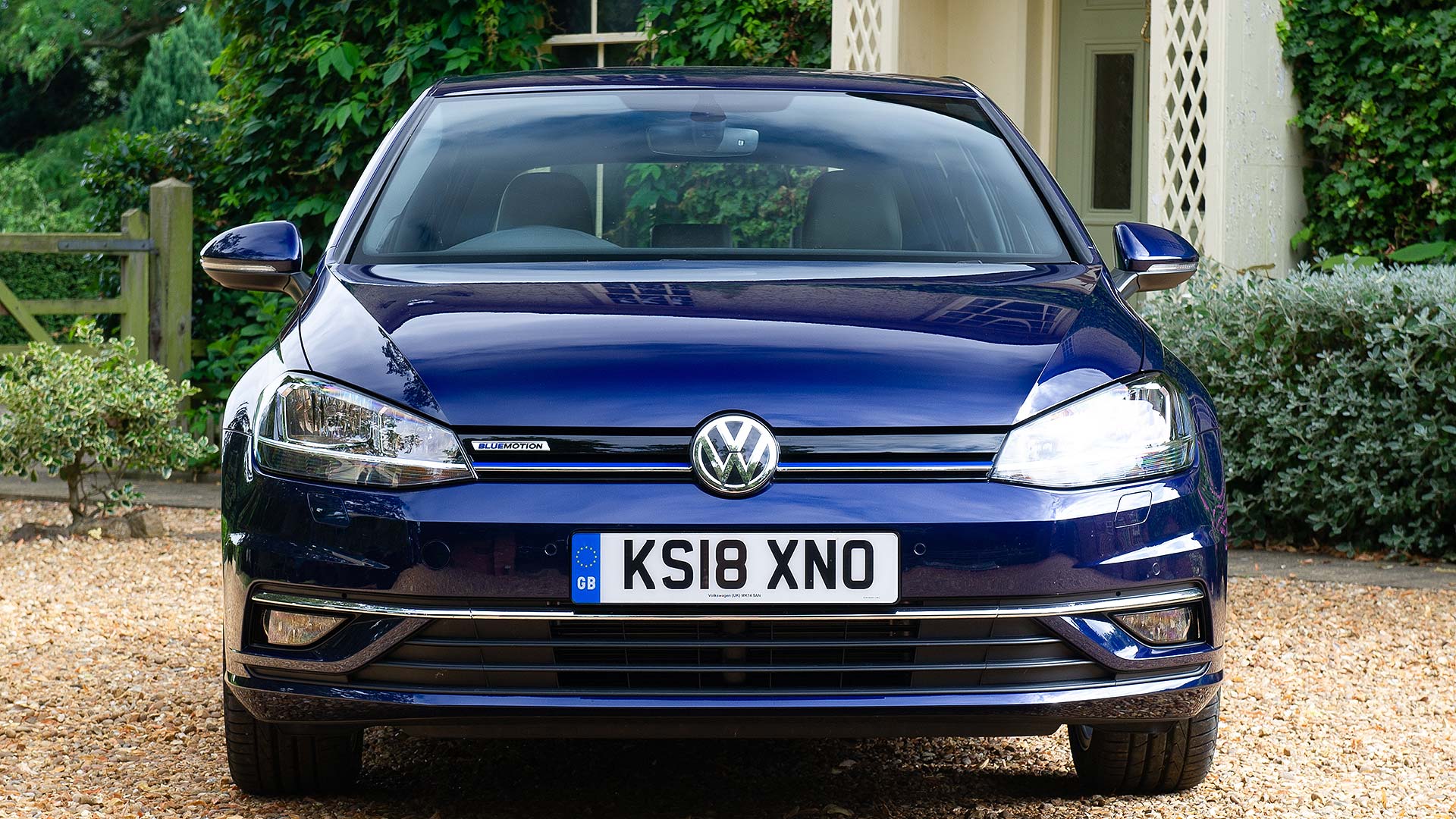 The European new car market stablised in 2018, with registrations up by 346 units (yes, just three hundred and forty six cars!).

According to JATO Dynamics, a total of 15.6 million vehicles were registered, making it the market’s best result since 2017, but consumer confidence was hit by the aftereffects of dieselgate, WLTP and Brexit.

Here, we reveal the top 25 best-selling cars of 2018, with the results presented in reverse order.

Also be sure to check out our British top 20 best-sellers of 2018, to see how we compare with the rest of Europe; we have more in common than you may think… 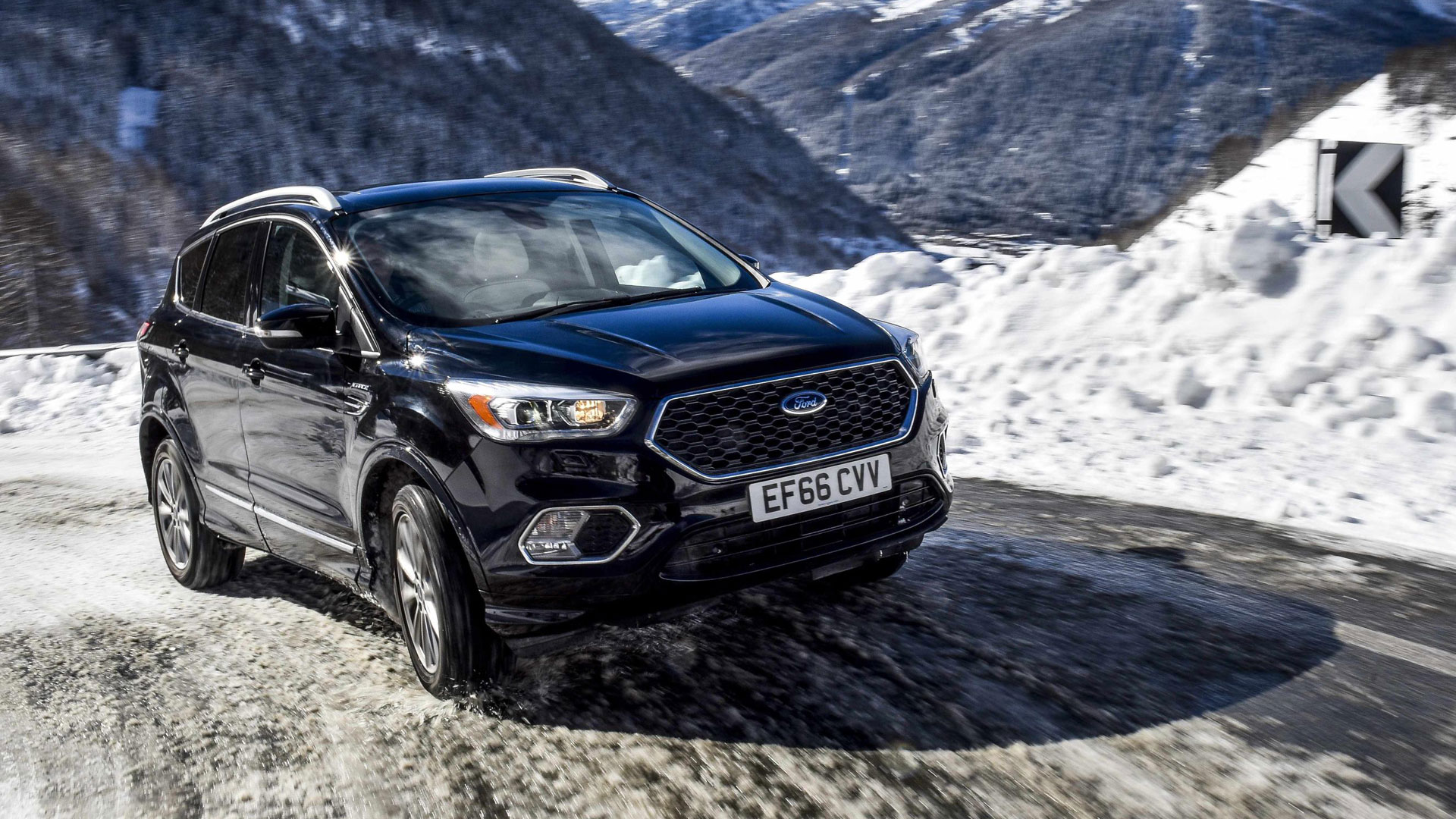 The Ford Kuga creeps into the top 25, with a slight increase in registrations in 2018. Four cars slipped out of the top 25: Audi A3, Renault Megane, Vauxhall Mokka and Mercedes-Benz C-Class.

Commenting on the results, Felipe Munoz, global analyst at JATO Dynamics said: “The effects of WLTP and the lack of availability of many key versions affected registrations in Q4, which is not surprising given that by late November less than two in three versions in Europe were homologated.”

“Throughout 2018 we continued to see the effects of the diesel crisis, as announcements of policy changes by governments led to confusion and panic among consumers,” continued Munoz. Meanwhile, Peugeot 308 registrations were down in 2018.

Fresh from its launch at the 2018 Geneva Motor Show, the Mercedes A-Class has cemented its position as Europe’s most popular premium car. Highlights include a much-improved interior and a new MBUX infotainment system.

Sales of the Volkswagen Passat continue to fall, which is hardly surprising for a car that dates back to 2014 in Europe. The slump was offset by strong performances from the Polo and the new T-Roc. 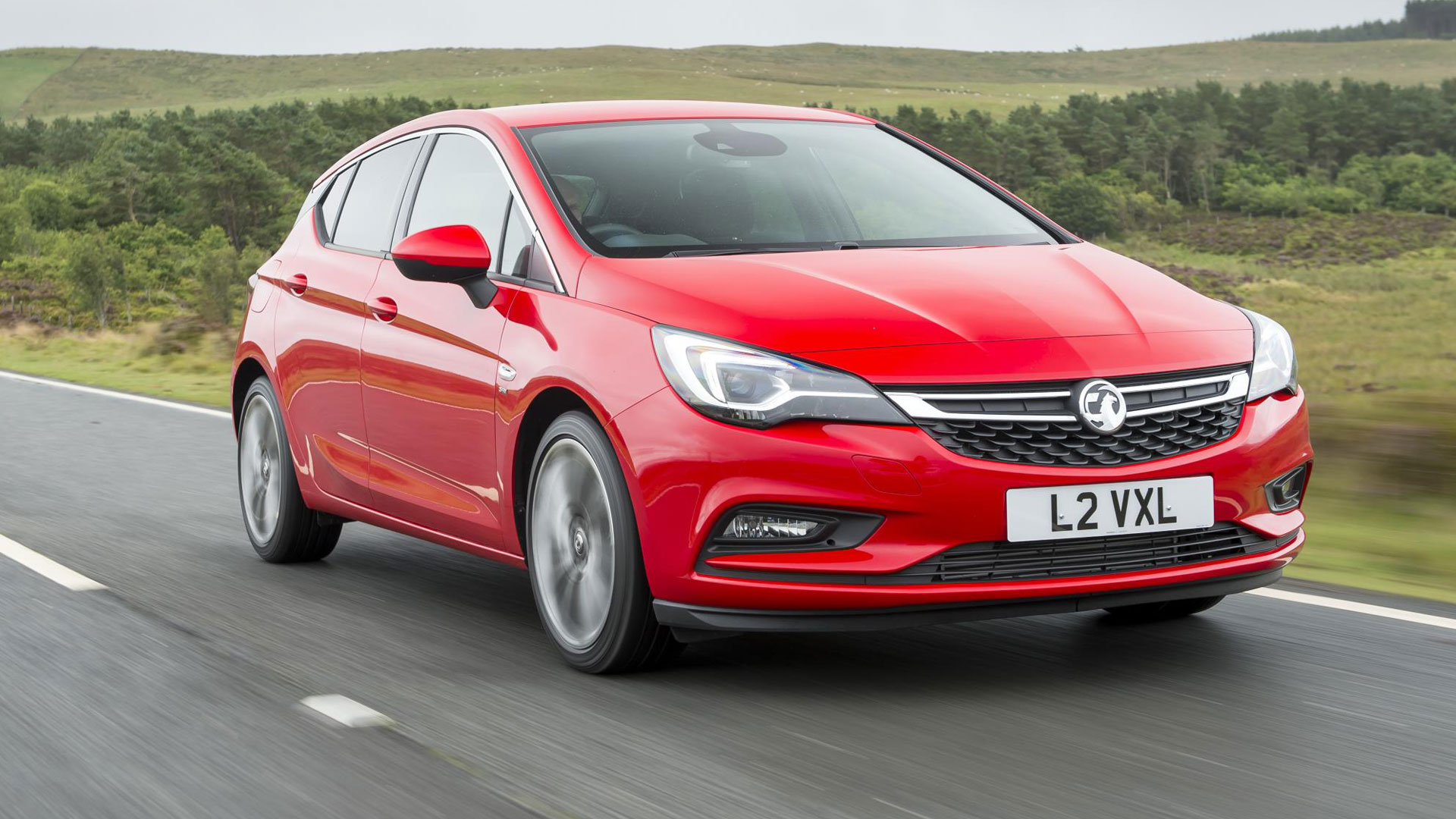 This is another wretched performance for the Astra, with registrations down 27 percent. This time last year, registrations were down 13.8 percent, as the Astra just managed to hold on to a top ten slot. It might even struggle to secure a place in the top 25 in 2019.

If Fiat wasn’t aware of the desperate need for a Panda replacement, the city car’s zero-star Euro NCAP crash test rating should have rammed the message home.

The Skoda Fabia has been on sale a while, but a raft of revisions in 2018 delivered a much-needed refresh. The Fabia still offers excellent value for money, but has been left behind the likes of the Polo and Ibiza. Which means it’s no surprise to see registrations down in 2018. 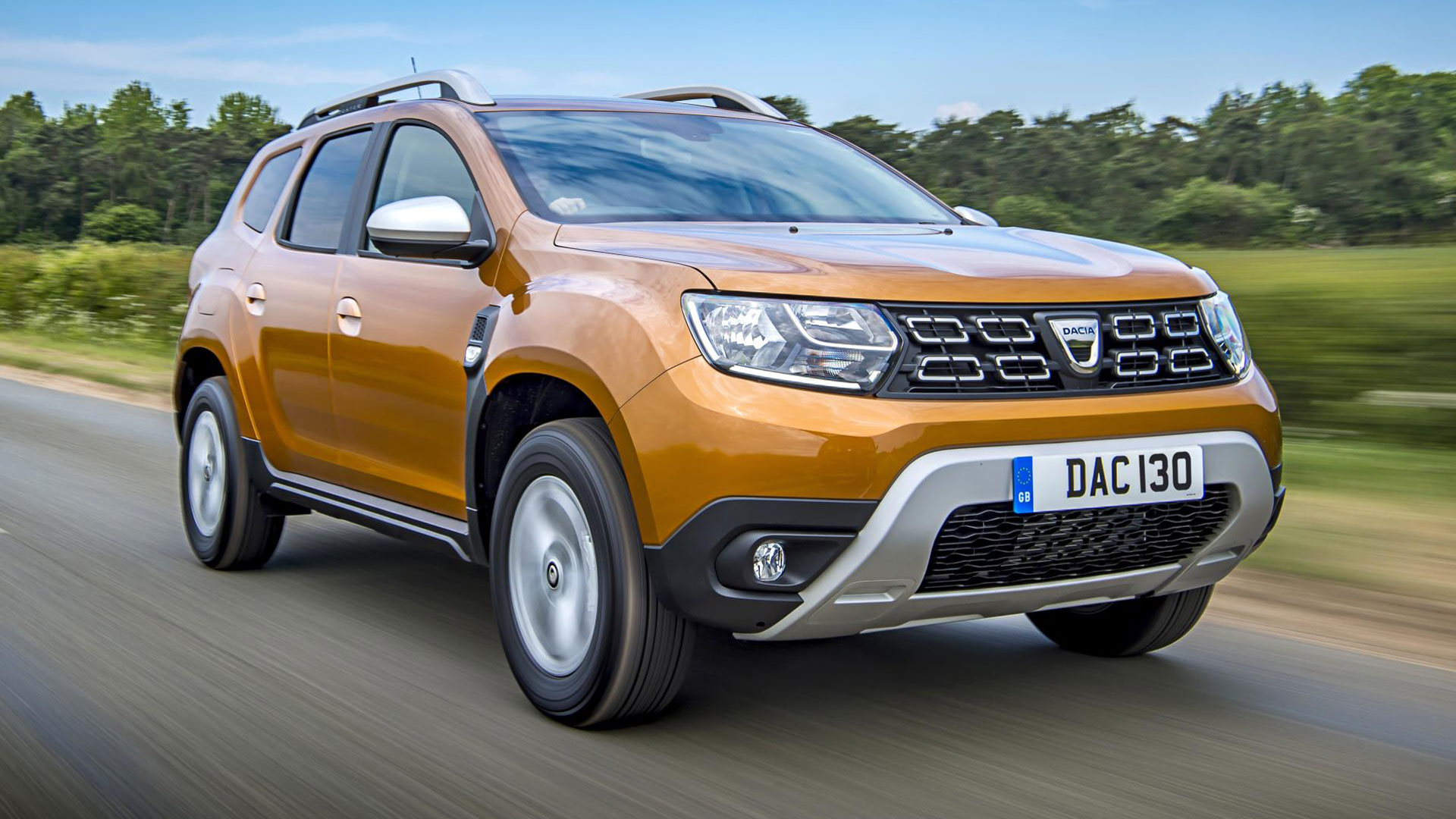 Go Duster! Or something. From outside the top 25 in 2017, the Dacia Duster catapults itself to 17th in 2018, with registrations up 22 percent. The new version has been improved in a number of areas, including more comfortable seats and more efficient engines.

The Fiat 500 is a non-mover at number 16, with registrations up once again. Since it went on sale way back in 2007, the 500 has remained one of the most fashionable cars you can buy, with recent sales assisted by a 2016 facelift.

Sales of the new Ford Focus are down from 214,661 in 2017 to 196,583 in 2018. Blame disruption from the switchover to the new model. Ford registered just over a million new cars in 2018, placing it third overall on the list of manufacturers behind Renault in second and Volkswagen at the top.

It has been a good couple of years for the Peugeot 3008, with this performance following a huge increase of 554.9 percent in 2017. This is the largest increase in the top 25, with Peugeot registering just shy of a million cars in 2018. 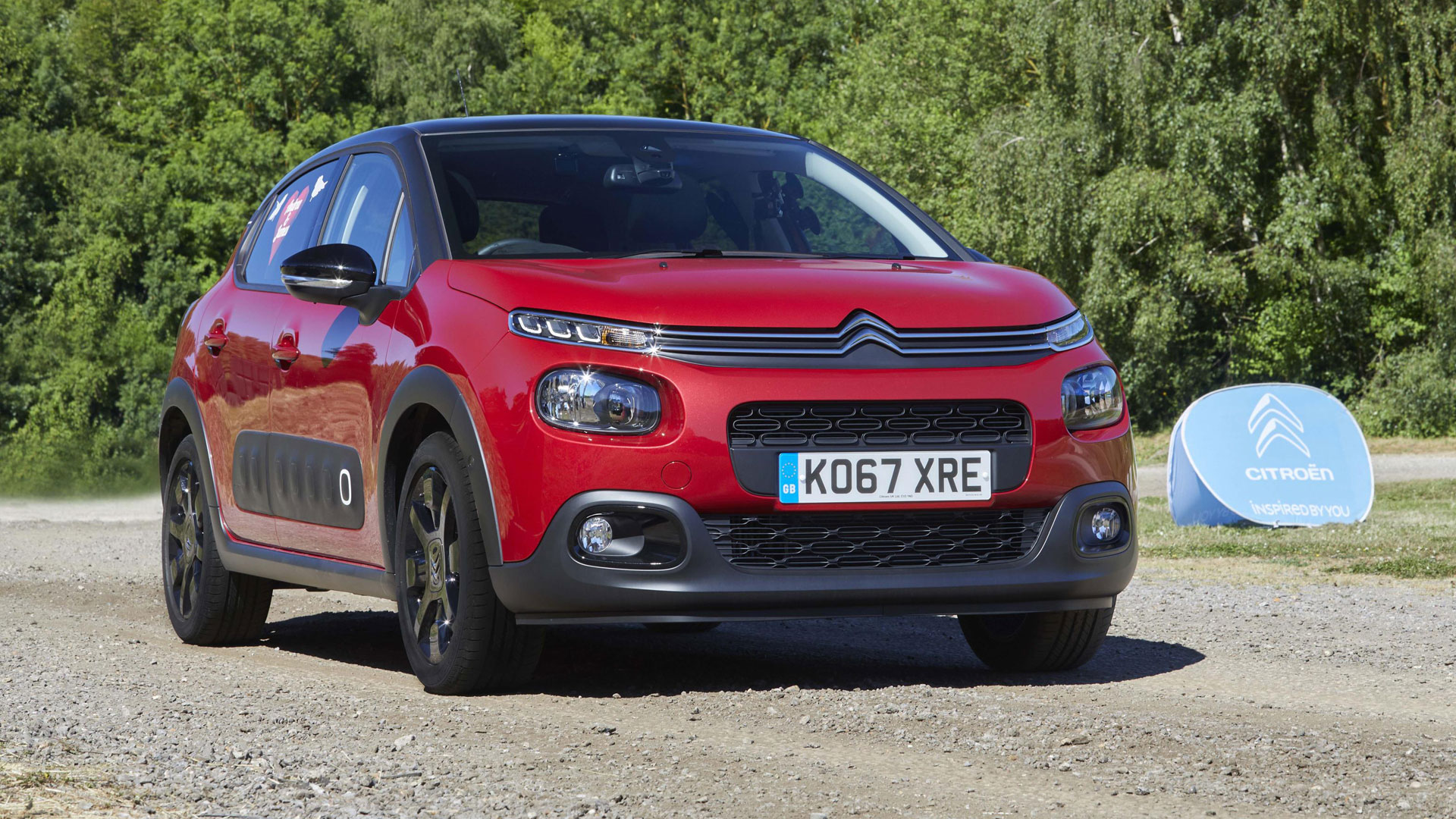 The Renault Captur is another non-mover, with registrations remaining static in 2018. With overall registrations of 1.1 million, Renault is the second biggest brand in Europe.

It’s another good year for the Dacia Sandero, with this performance following an increase of 15.6 percent this time last year. It also sees the Sandero climbing from 15th to 11th place. Another 731 registrations and it would have made the top ten.

The Vauxhall Corsa is left clinging on to a place in the top ten, with registrations falling from 232,738 to 217,036. It means that the 2020 Corsa is long overdue – the new car will use the same platform as the next-generation Peugeot 208.

From 14th place in 2017, the Toyota Yaris has broken the 200k mark to finish above the Corsa. Amazingly, this is the only Toyota to feature in the top 25, although the company made the top ten on the list of manufacturers.

With more than six million Octavias of all generations sold, this is by far the best-seller in the Skoda range. Registrations might have been down in 2018, but this is around 50,000 more units than the Fabia.

With three models in the top ten, Volkswagen recorded a 3 percent increase in registrations, with sales totalling 1.75 million. As an aside, the majority of vehicles registered in 2018 were powered by petrol engines, with the fuel type making up 57 percent of all registrations. 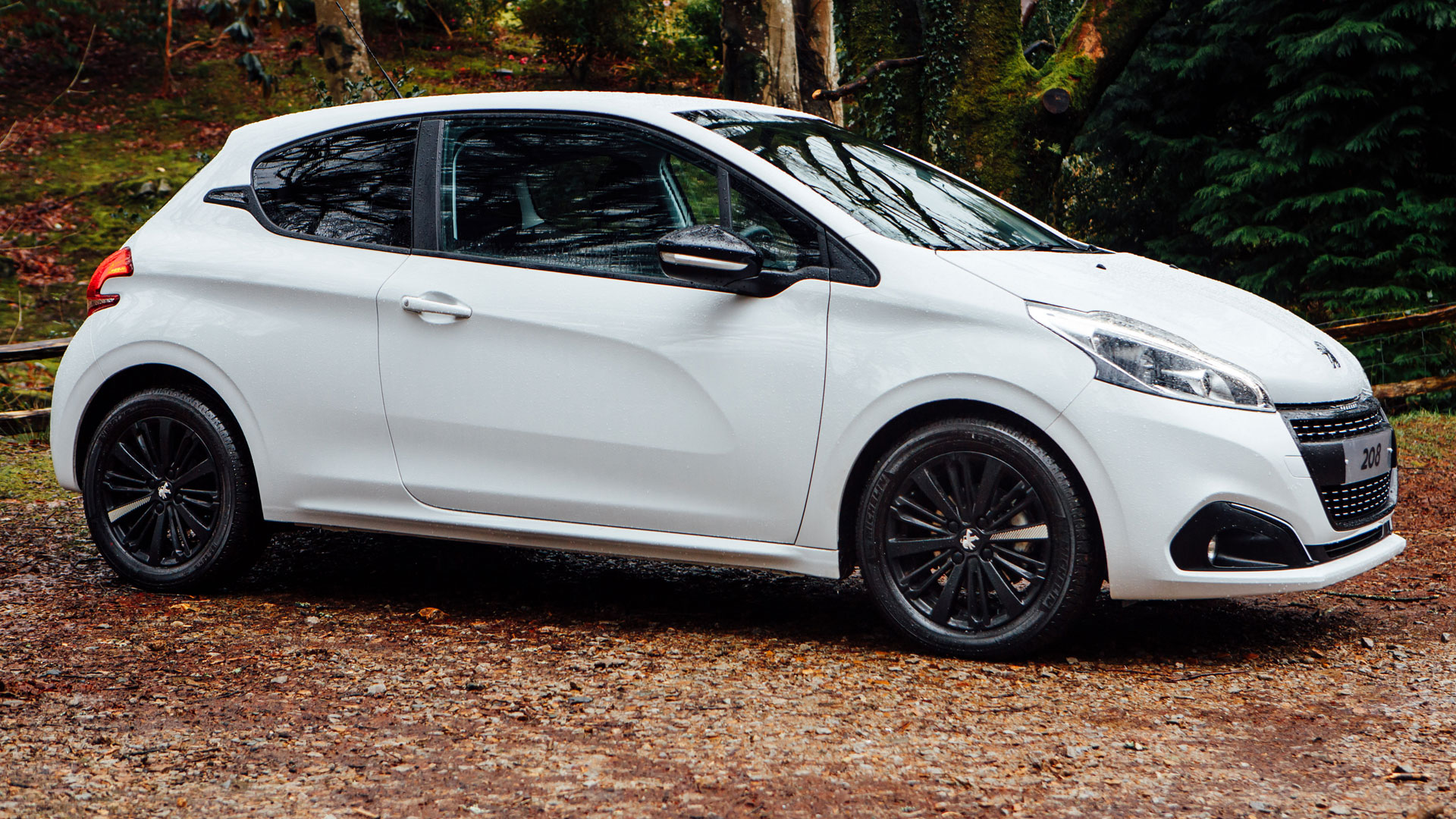 Interestingly, the top seven cars have all retained their places in 2018, which proves that European consumers are a predictable bunch. 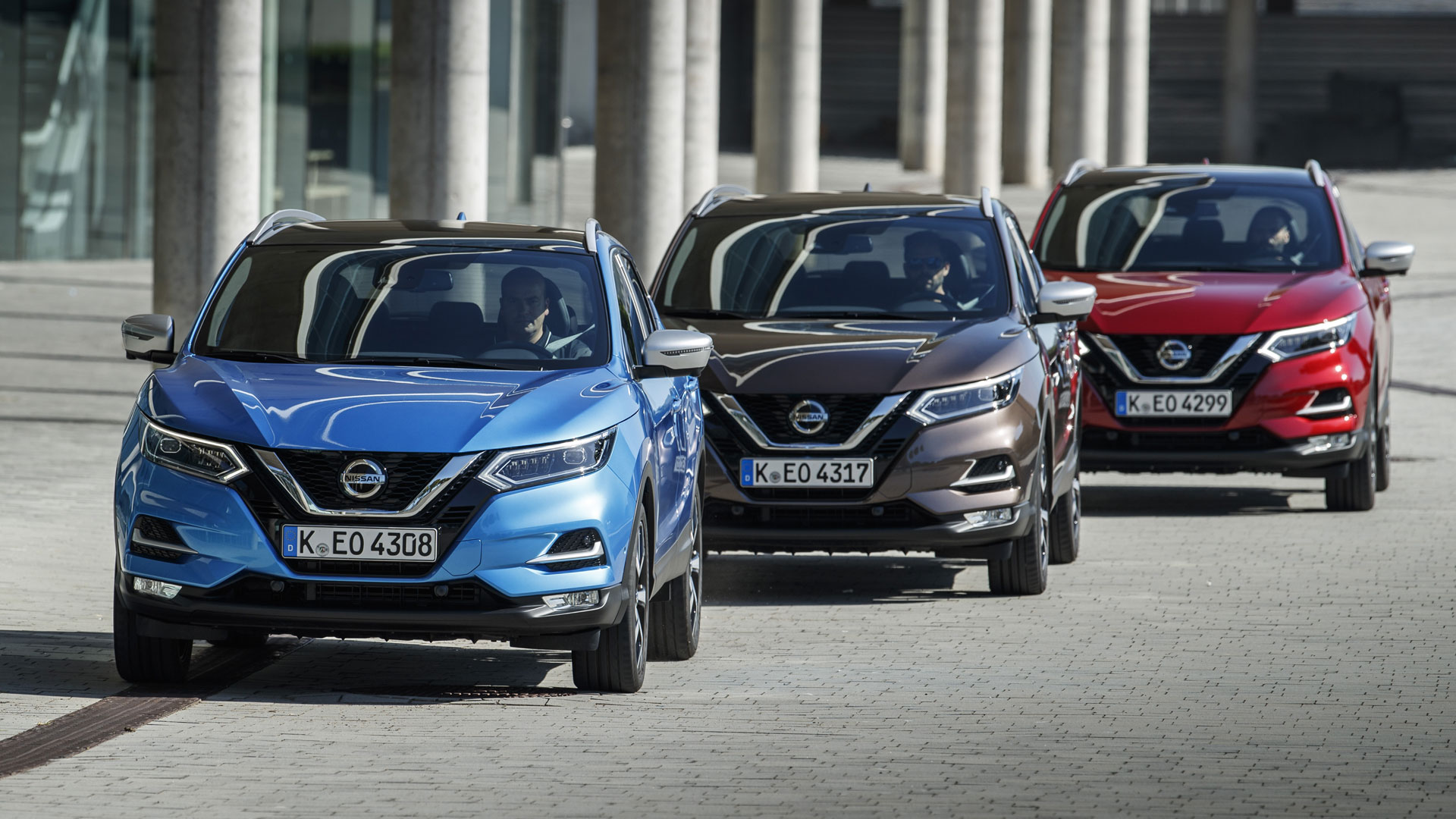 The Nissan Qashqai remains Europe’s most popular crossover, although the Volkswagen Tiguan is closing in. 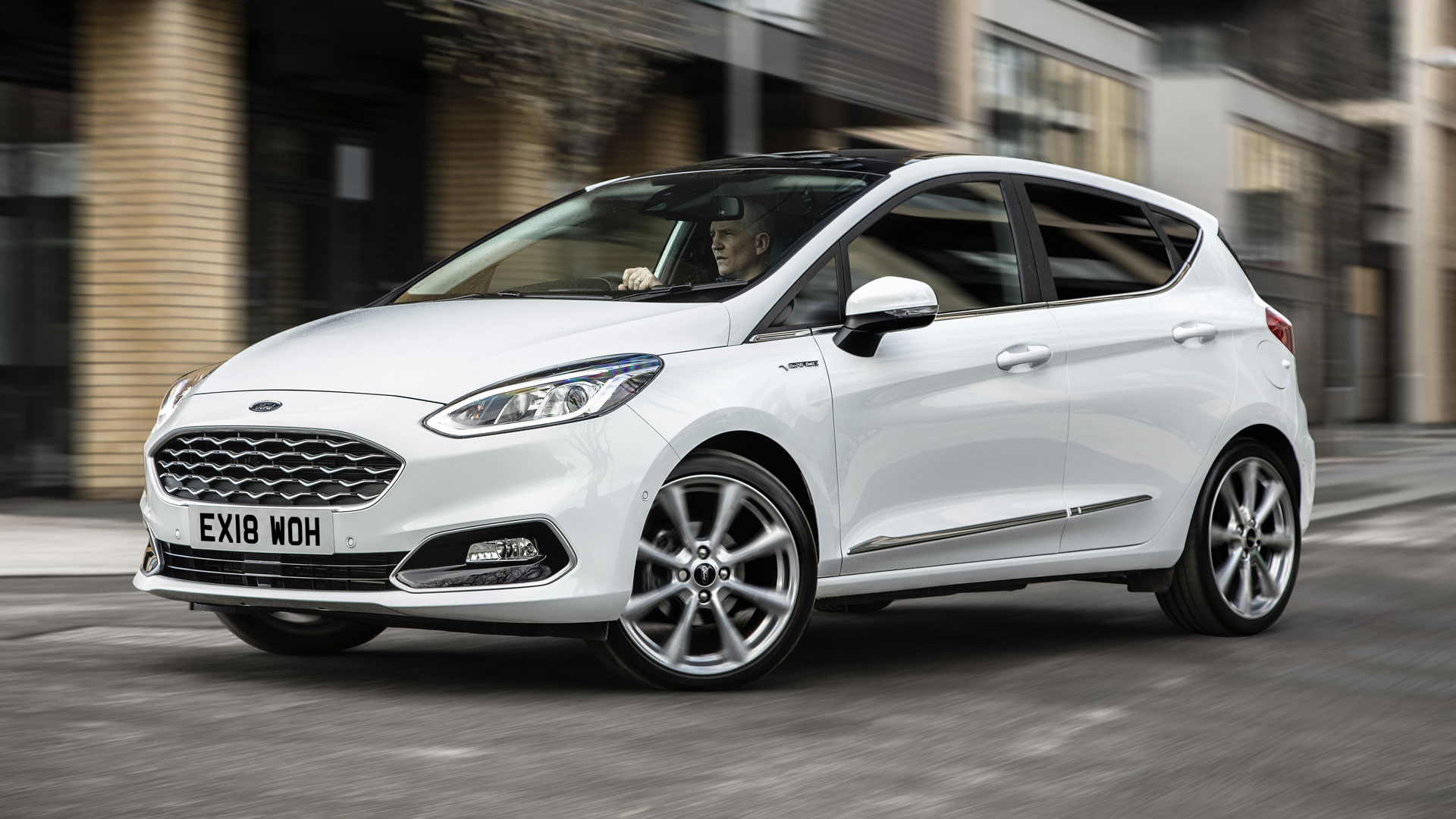 Britain’s best-selling car is Europe’s fourth-best, with registrations up from 254,539 to 270,738. The new Fiesta is available in a range of flavours, including hot ST, posh Vignale (pictured) and semi-rugged Active. 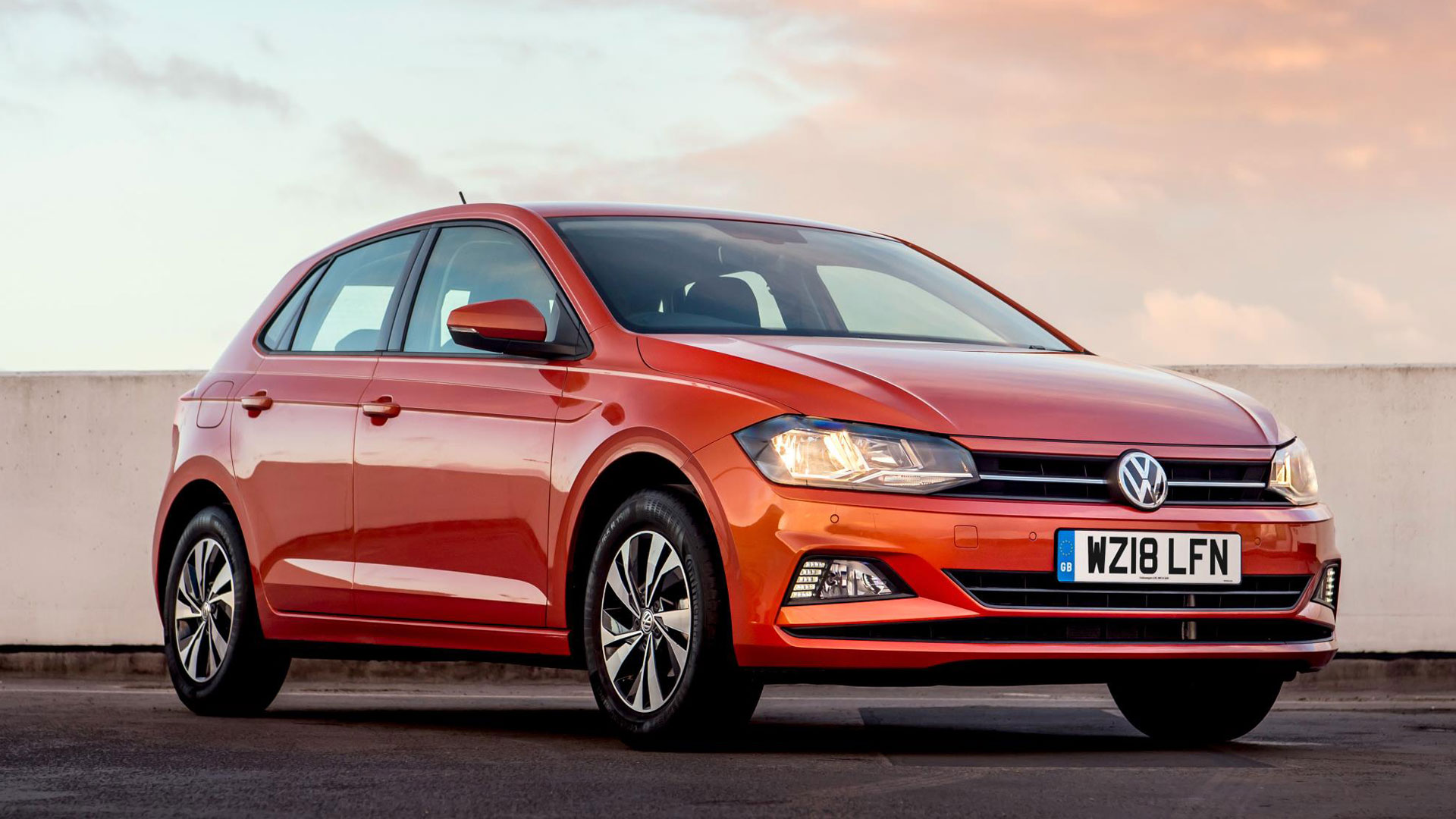 It was another good year for the Volkswagen Polo, although the premium supermini fell agonisingly short of the 300,000 mark. Just 80 more units would have made all the difference. 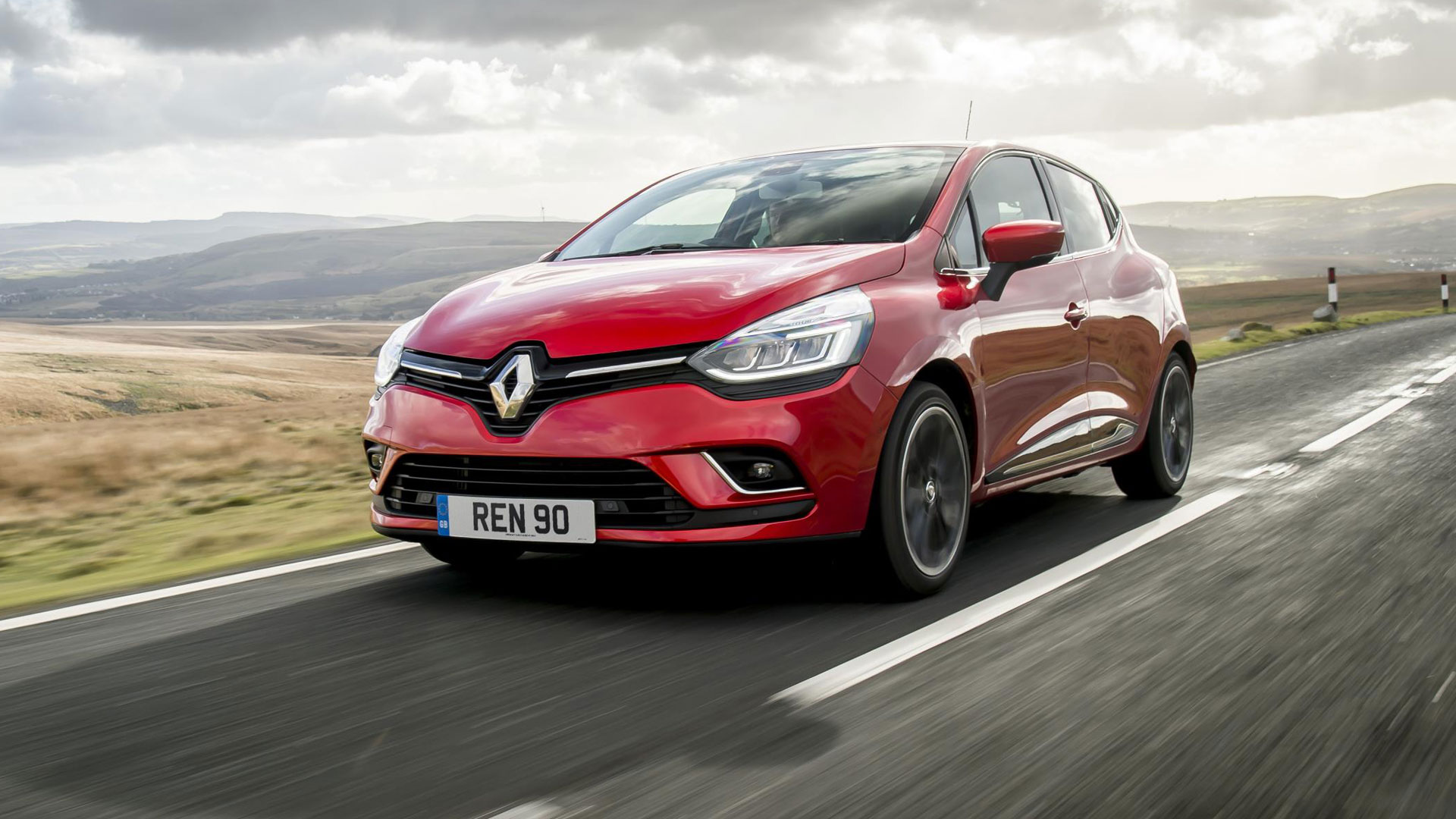 A new Renault Clio will be shown at the 2019 Geneva Motor Show, but sales of the outgoing model are showing no signs of slowing up. Good work, Renault. 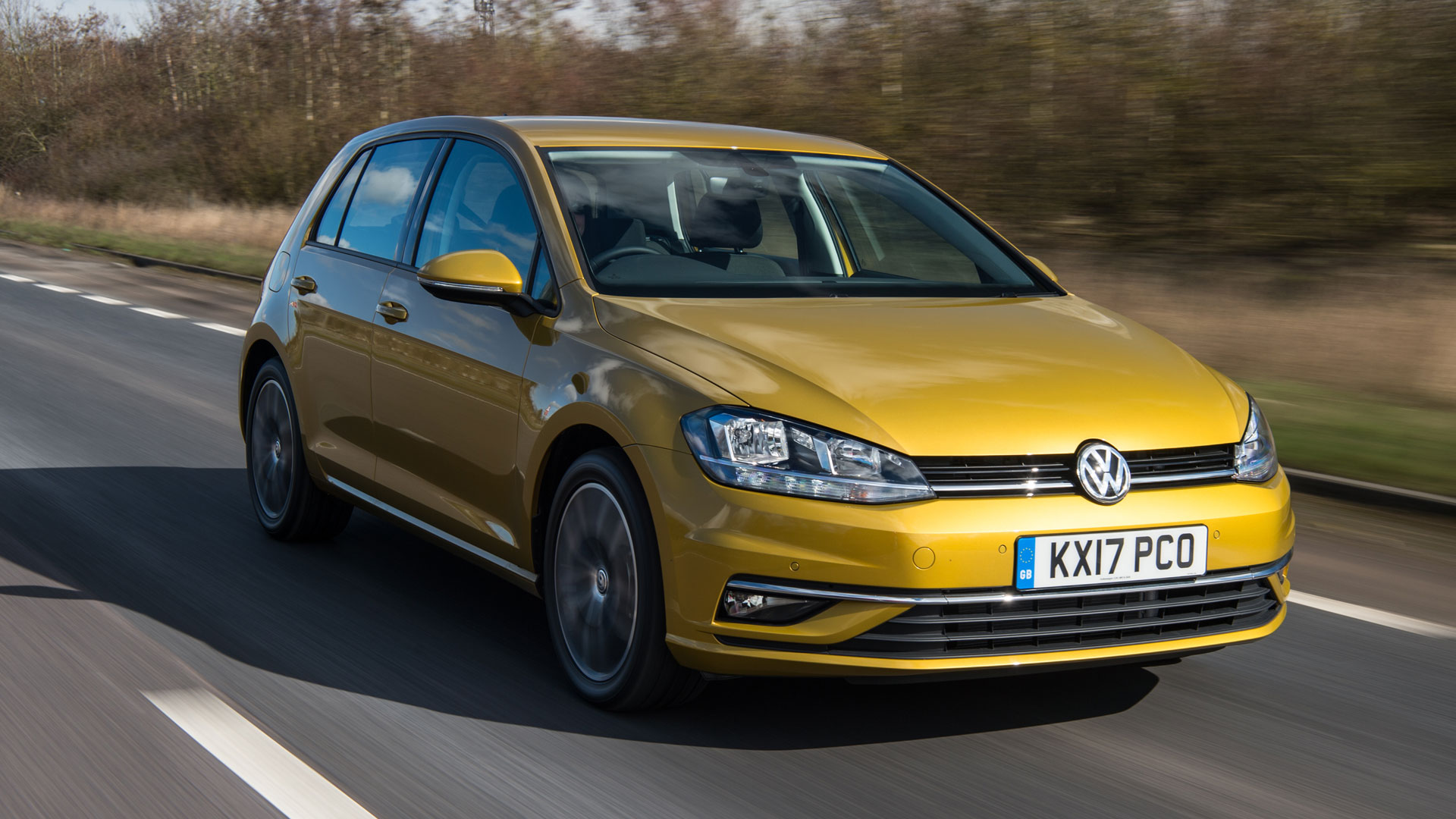 Even with an 8 percent fall in registrations, the Volkswagen Golf remains the best-selling car in Europe. Sales of diesel models were down by a massive 30 percent. Still, there’s little chance of anything catching the Golf in 2019.