Revealed: the best company cars of 2019 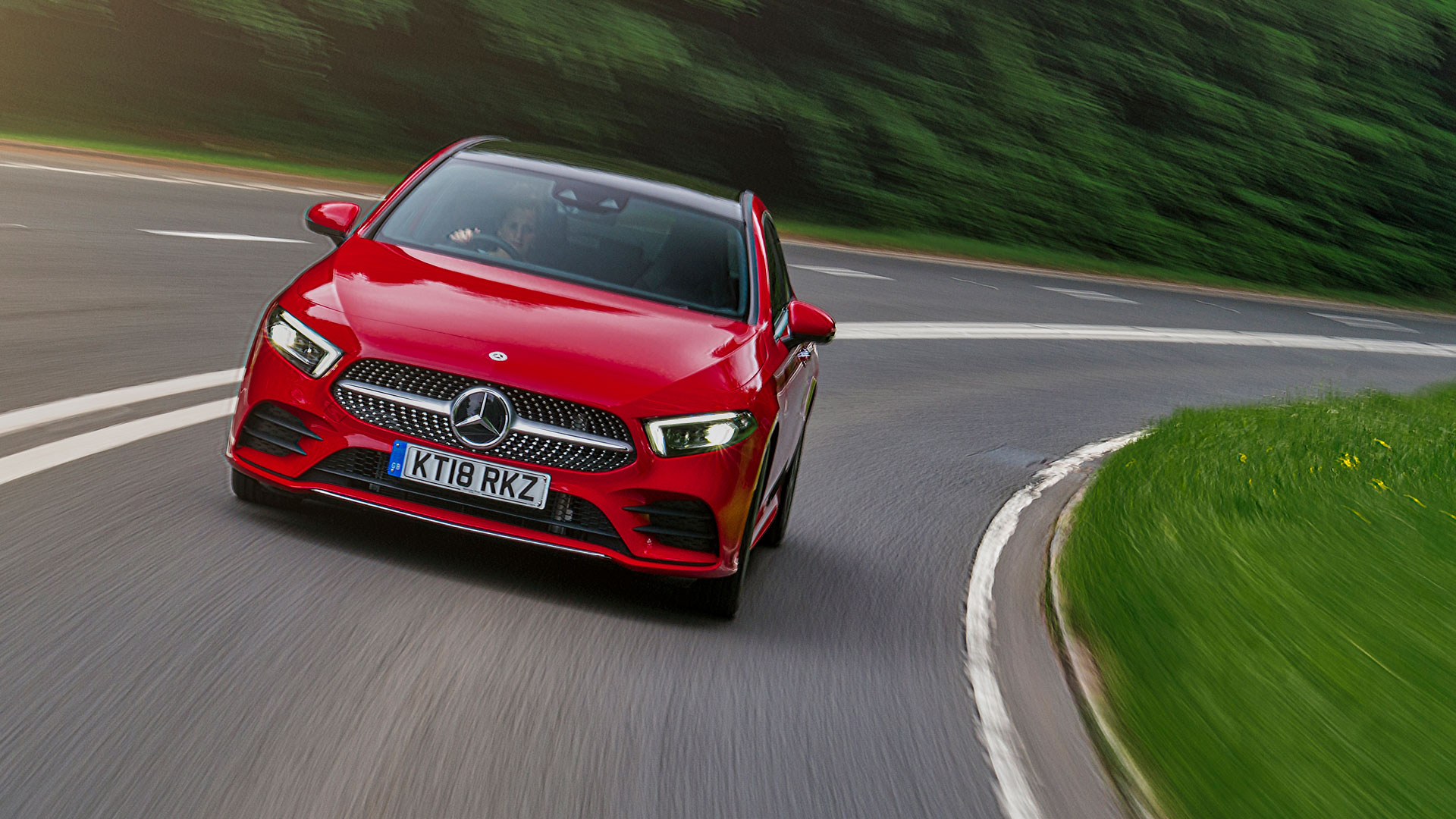 If you’re about to order a new company car, you might want to check out the results of the Company Car Today CCT100 Awards.

According to the fortnightly business publication, these are the best fleet vehicles across 20 sectors of the car industry, with a particular emphasis on business car operation.

Here, we take you through the winners in each category, starting with the best city car. 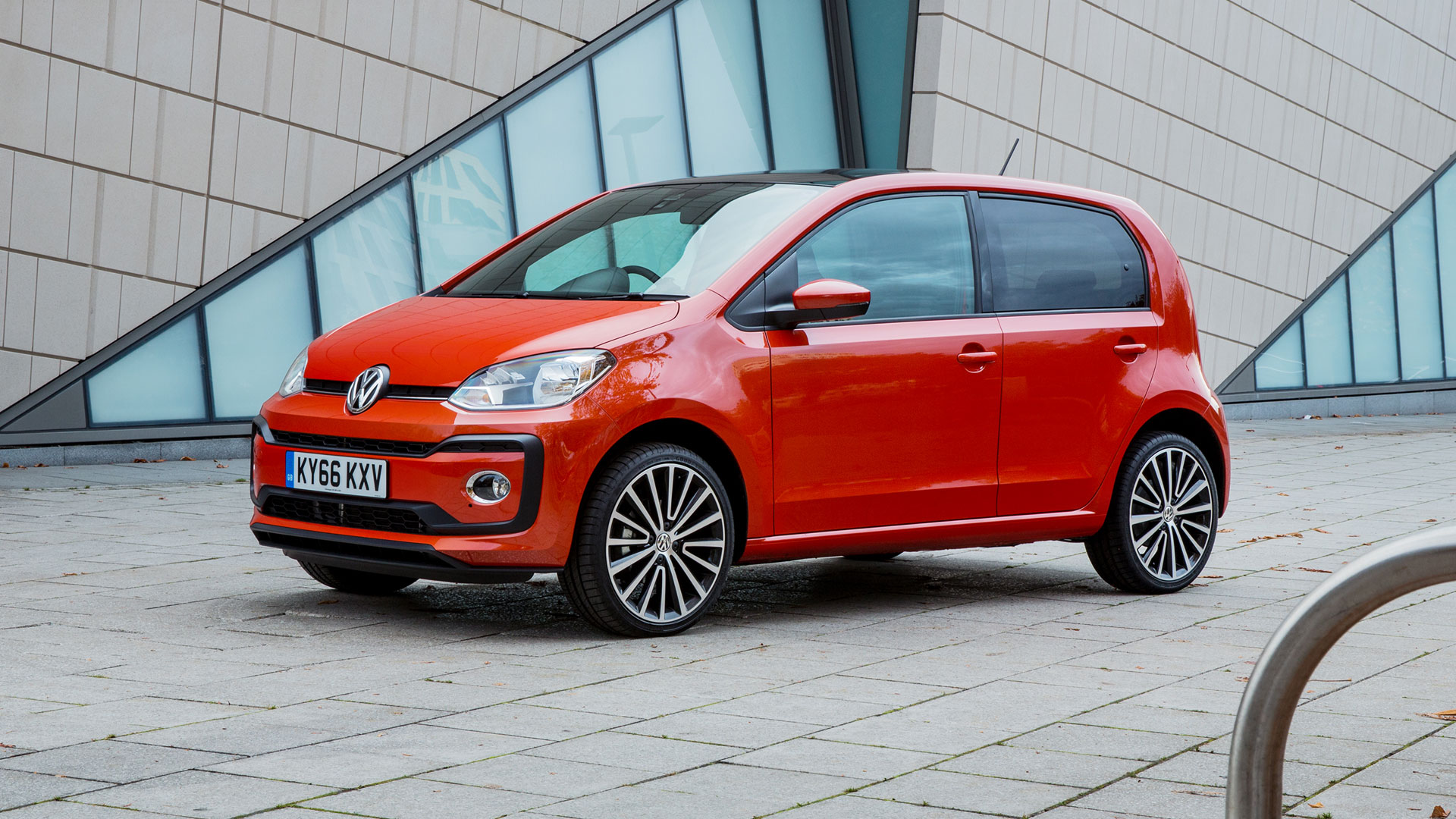 The Volkswagen Up sees off the Fiat 500, Hyundai i10, Seat Mii and Toyota Aygo to scoop the CCT100 City Car of the Year award. The judges praised its competitive P11D offering, good emissions figures and low running costs. The Up “proves small cars can manage grown-up tasks,” said the judges. 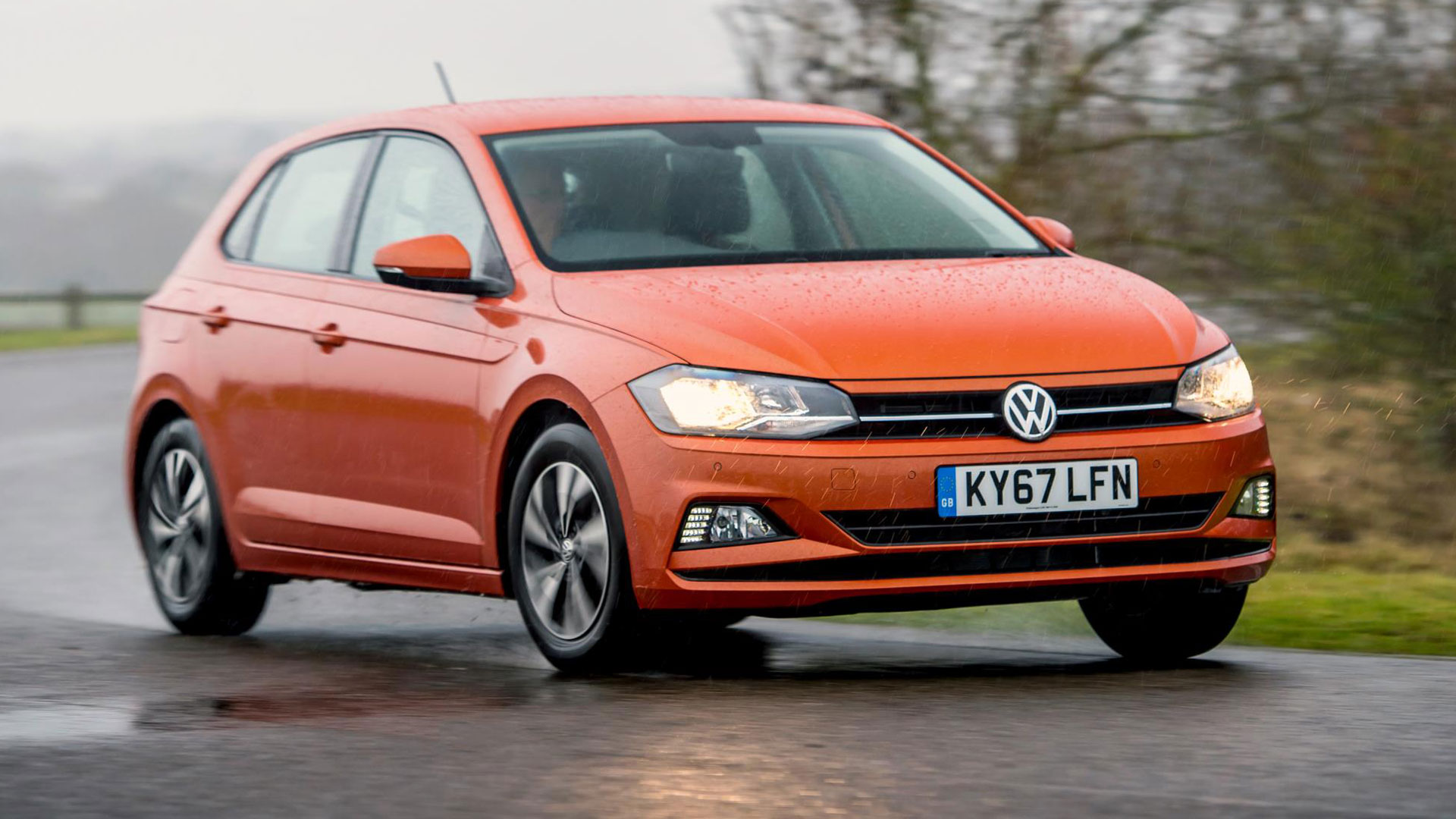 Keeping it in the family, the Volkswagen Polo is deemed good enough to be named CCT100 Supermini of the Year for the second year in a row. Company Car Today called it a “running costs champion”, although it’s let down by the high cost of insurance. “It’s a car that’s as at home on longer higher-speed runs as it around town,” said the judges. 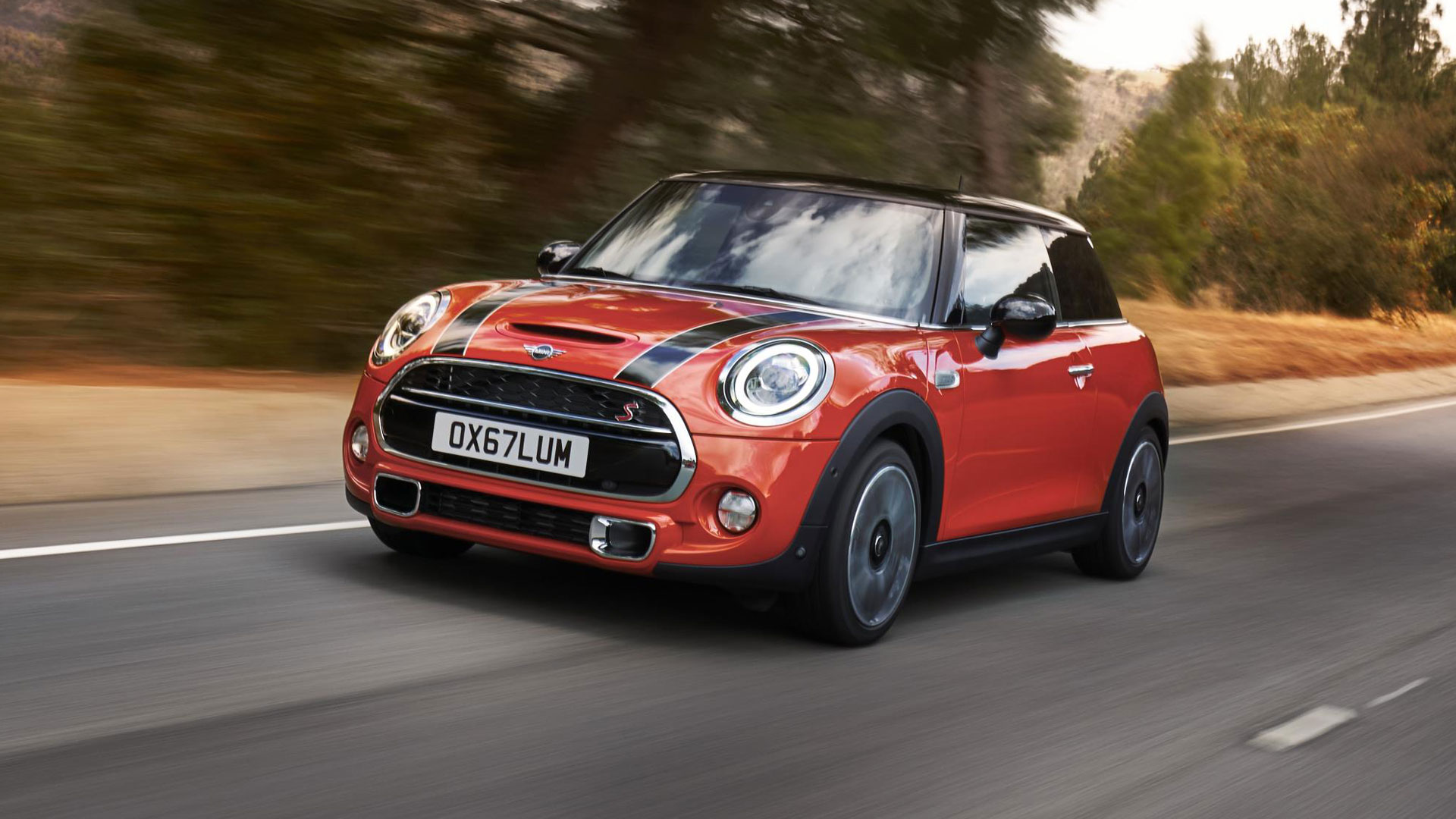 The Mini Hatch retains its title of Premium Supermini of the Year, with the judges appreciating its strong engines, superb handling and sensible pricing. The magazine did concede that the ride quality could be better. 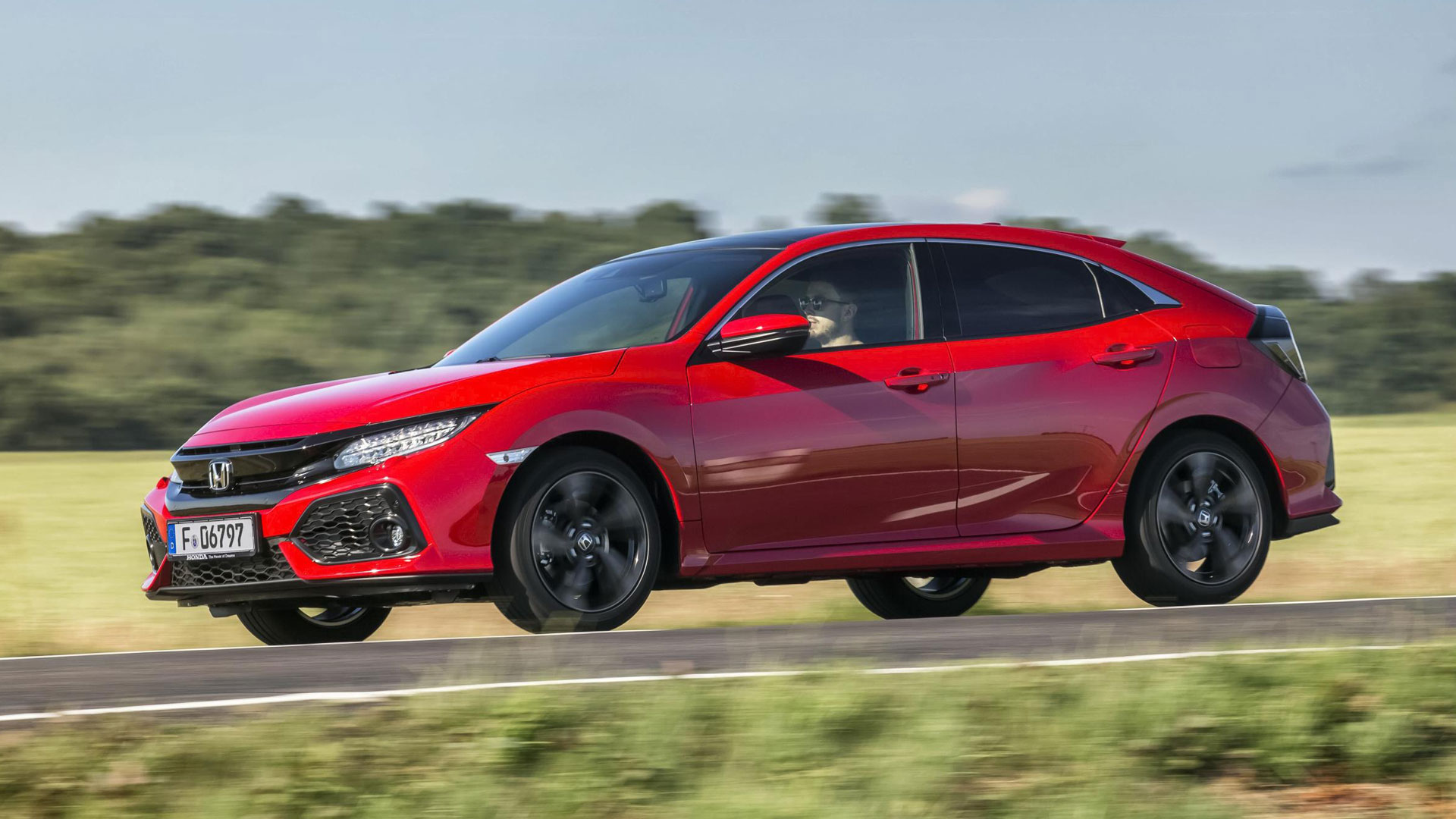 To finish top in the Lower Medium Car of the Year category, the Honda Civic had to rise above some serious competition. The Ford Focus, Skoda Octavia and Volkswagen Golf are sector heavyweights, while Hyundai Ioniq is a champion of green motoring. “It’s a great all-rounder in the most core fleet of segments, and that’s why despite some renewed strong competition this year, it’s again a clear winner,” said the judges. 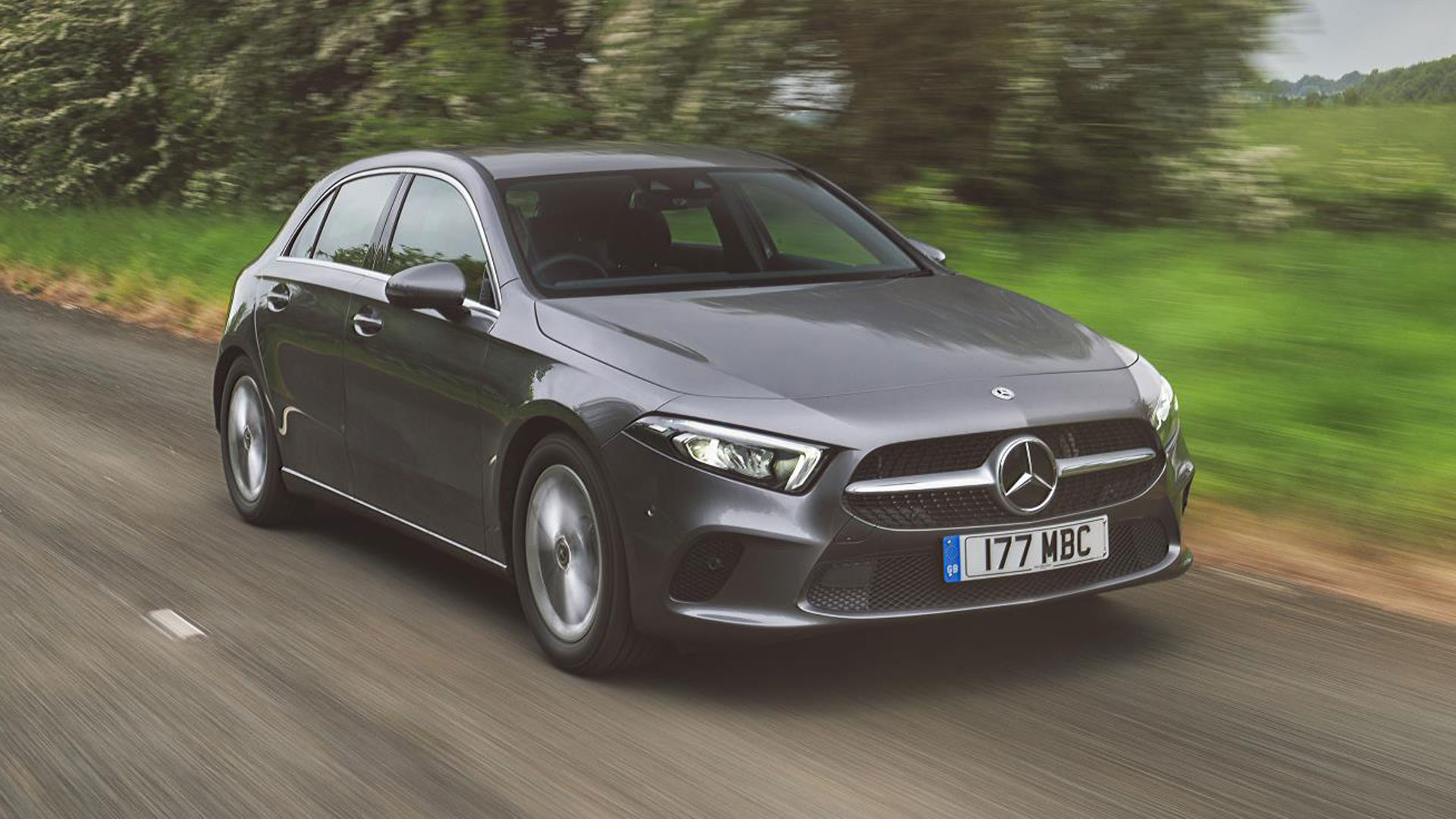 Mercedes-Benz is one of the first brands in the UK to offer a ‘next-generation’ RDE2 clean diesel engine that escapes the four percent company car tax surcharge introduced in March 2018. This was a factor in the A-Class scooping the Premium Lower Medium Car of the Year award, although the judges also praised its interior, dynamics and style. 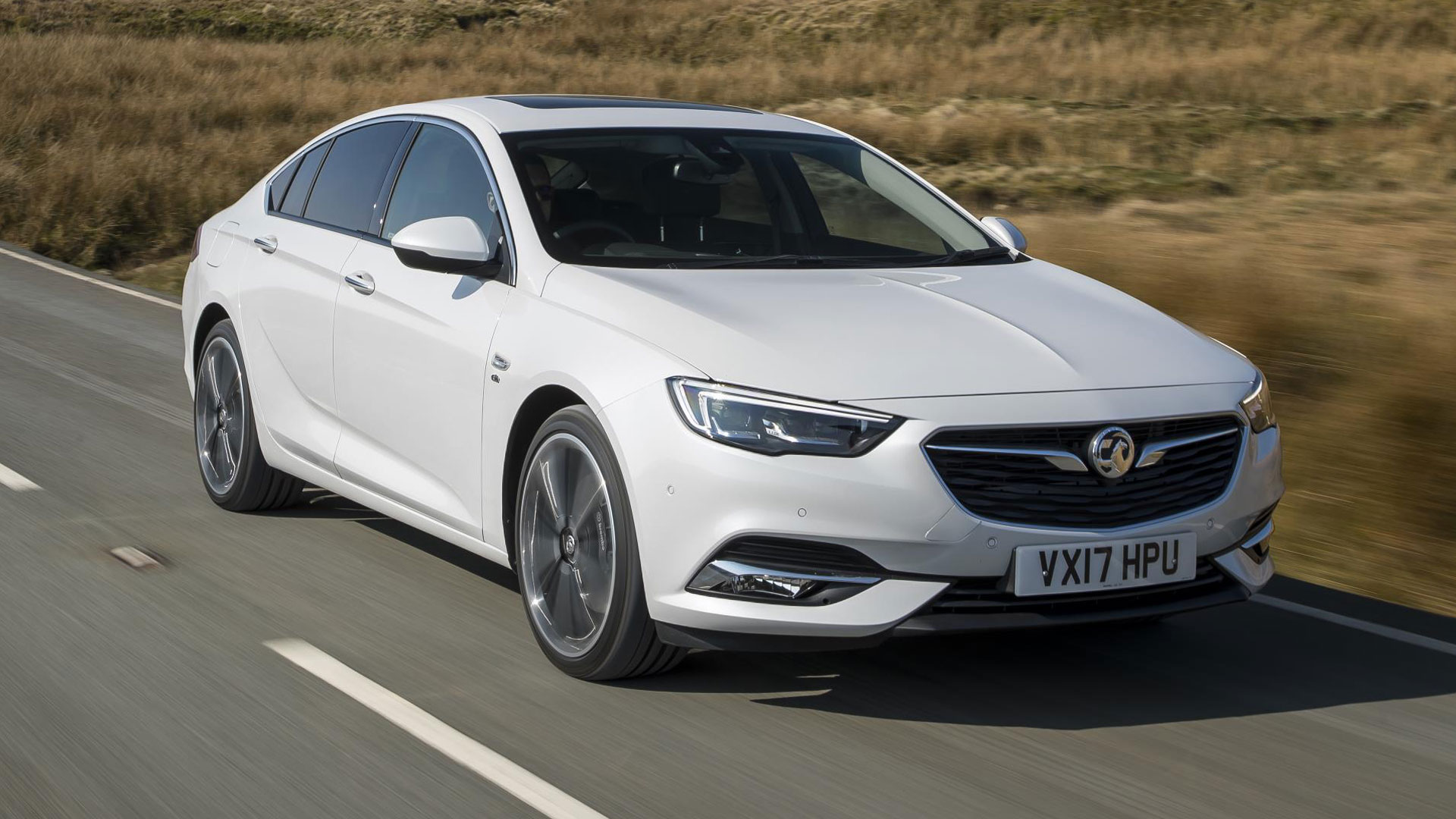 The Vauxhall Insignia retains the Upper Medium Car of the Year crown, seeing off the new Peugeot 508, Skoda Superb, Volkswagen Passat and Toyota Prius. It appears to have been built with fleet buyers in mind, especially in Tech Line trim. The Company Car Today judges approve of its cost-effectiveness, space, style and equipment. 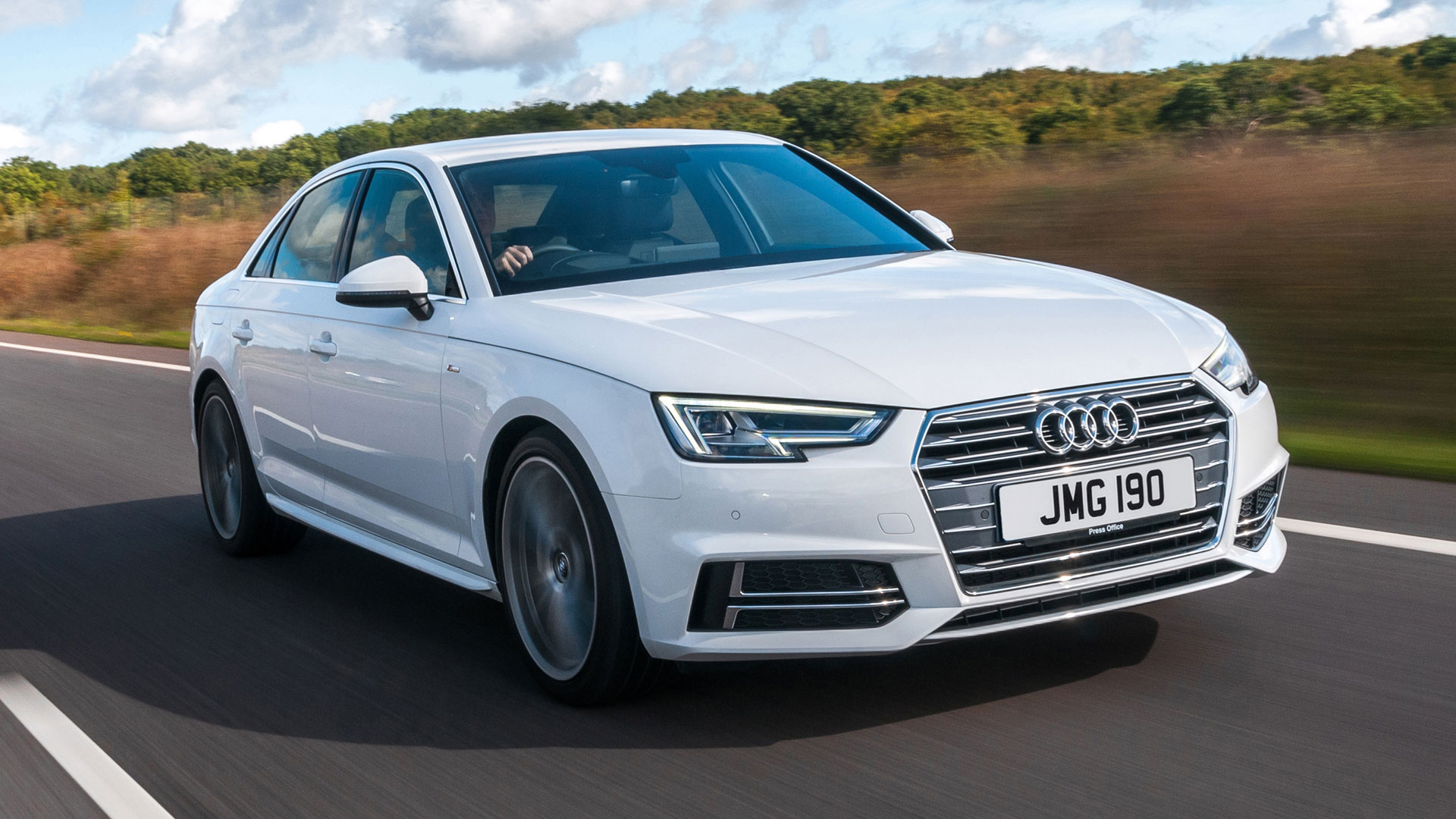 According to the judges, the outgoing BMW 3 Series ran the Audi A4 very close in the Compact Executive Car of the Year category, so our guess would be that the new 3 Series might just edge ahead of its four-ringed rival in 2020. For now, the A4 is the top dog in this aspirational sector. 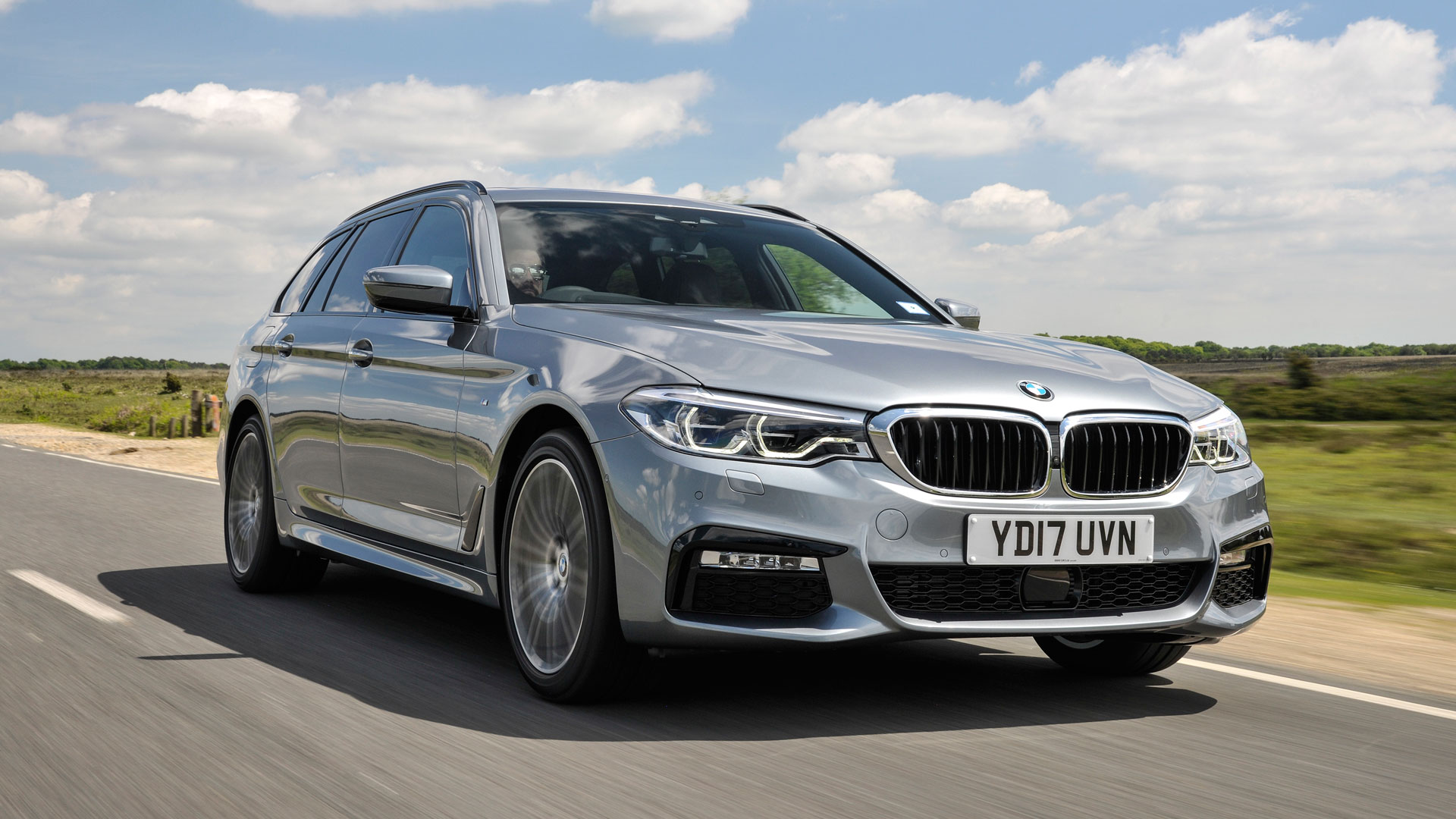 No such problems for BMW in the segment above, with the 5 Series wafting away with the Executive Car of the Year title. The judges praised its cutting-edge connectivity, quality interior and choice of engines.

The CCT100 Luxury Car of the Year category, AKA the car you’d most like to be driven home in after a long-haul flight. Upper-class honours go to the Audi A8, with the judges saying that it finished at or near the head of the field in every category. Not bad for a car which only arrived at the beginning of 2018. 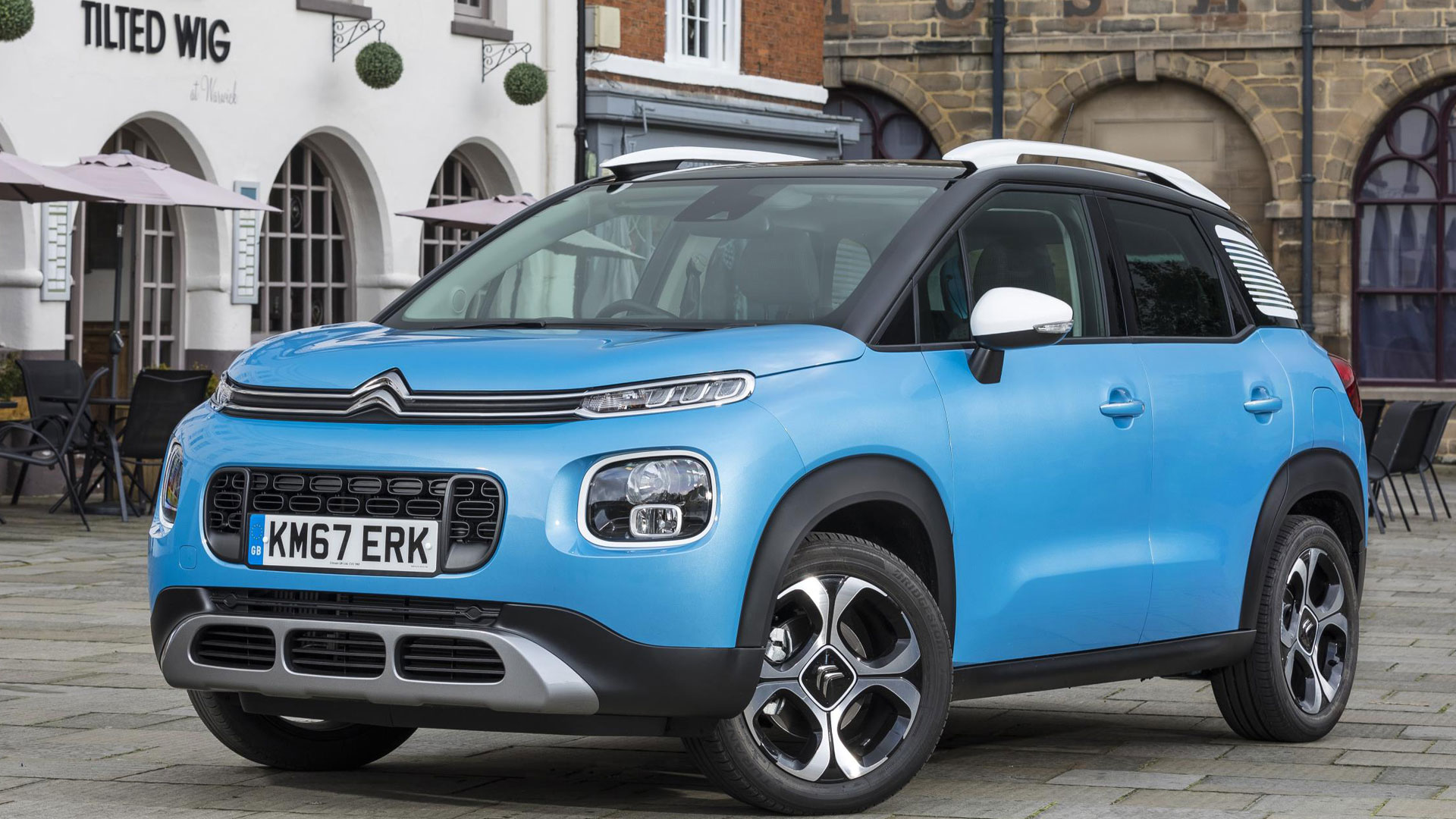 Meanwhile, back in the real world, the Citroen C3 Aircross is victorious in the Compact Crossover of the Year category. The little Citroen excels thanks to its list price, great emissions, space and low company car payments. 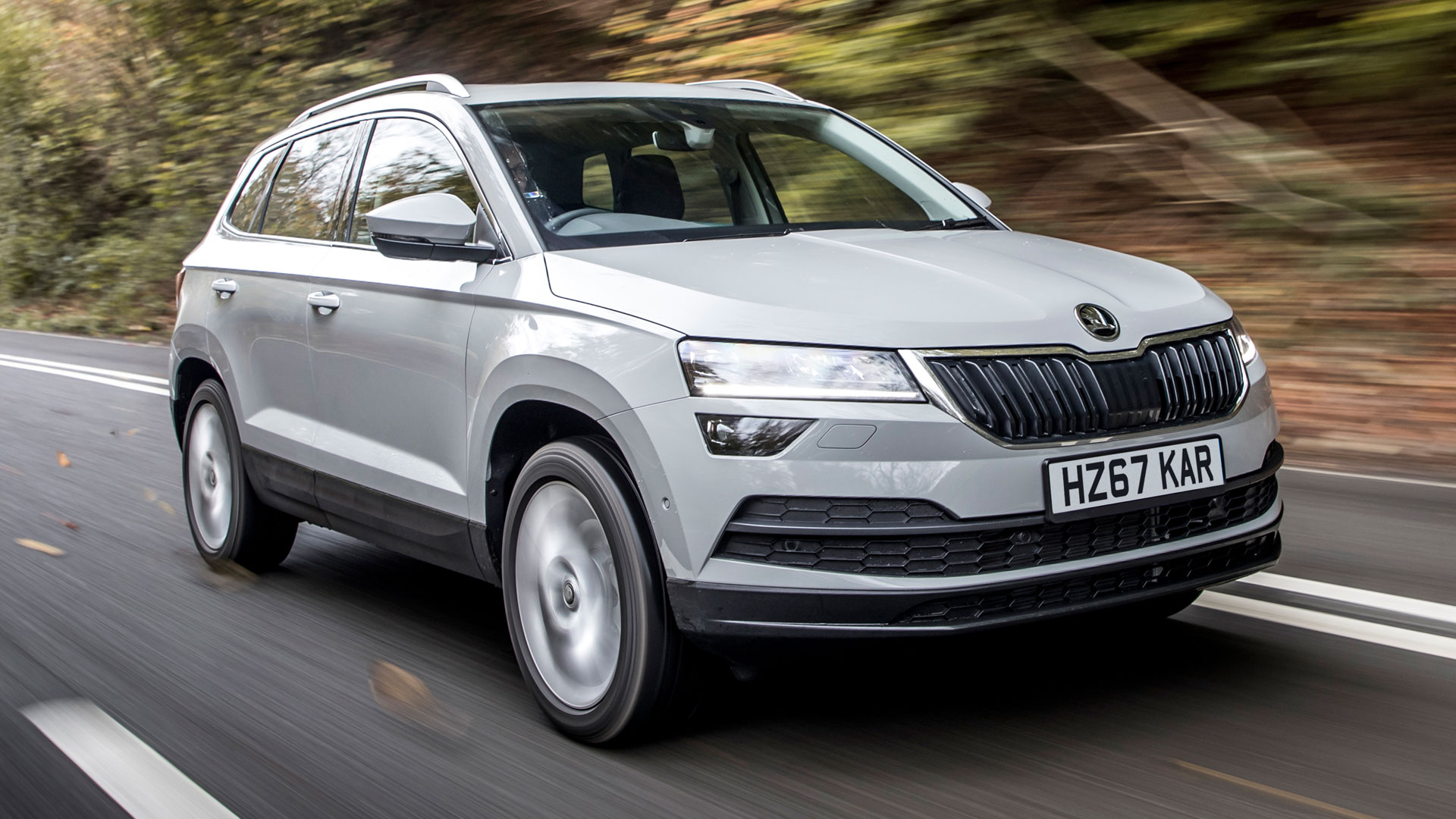 The Karoq is the only Skoda to win an award, but the Czech company will be delighted to come out on top in this highly competitive category. The crossover formerly known as the Yeti beat the Nissan Qashqai, Peugeot 3008, Seat Ateca and the Toyota C-HR. “The crossover scores well across the board,” declared the judges. 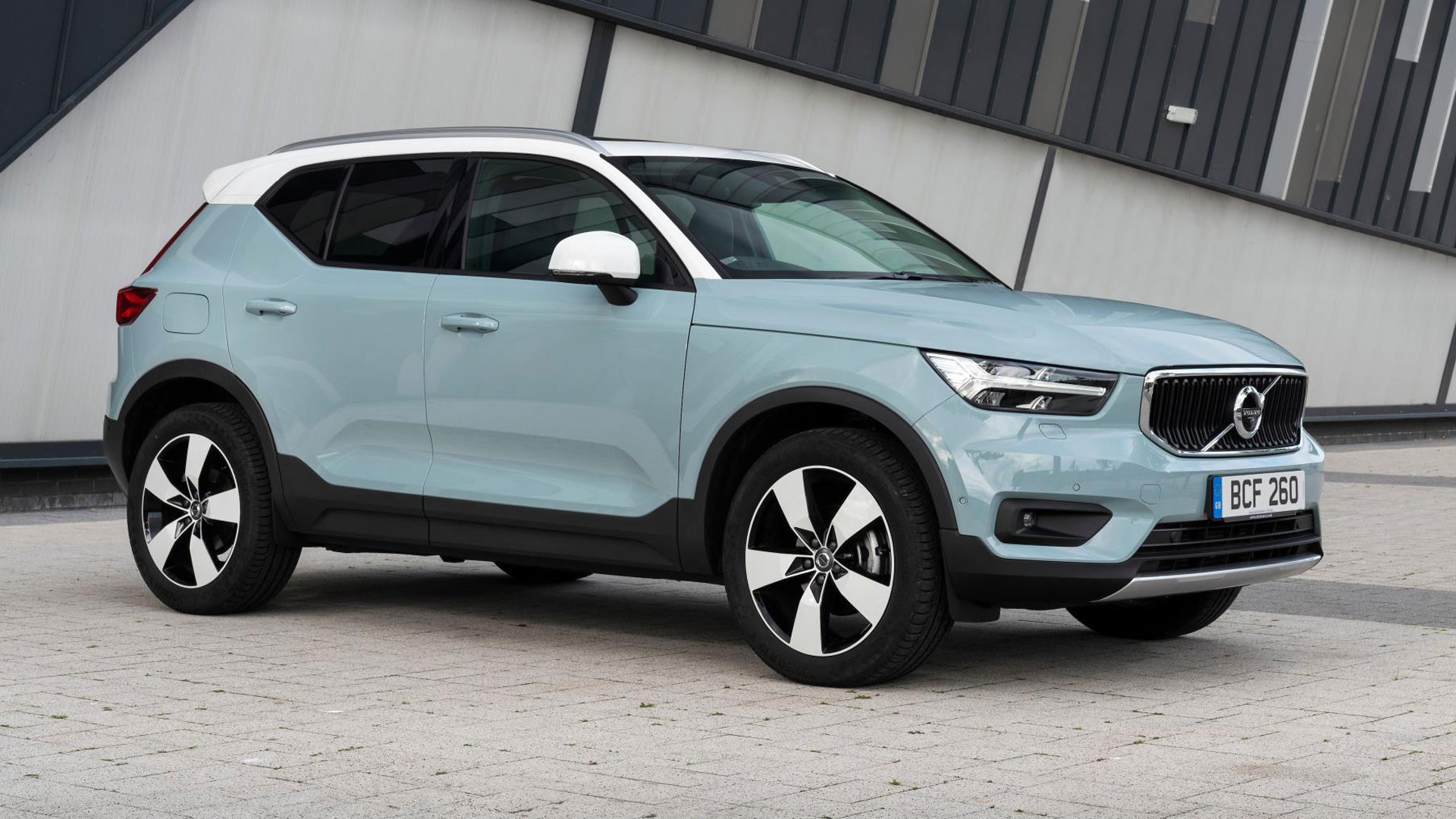 Is there an award the Volvo XC40 hasn’t won? To be fair, the XC40 is almost faultless, offering stylish good looks, a best-in-class interior, strong residual values and strong safety credentials. The judges did say that the P11D price and emissions could be better, mind. 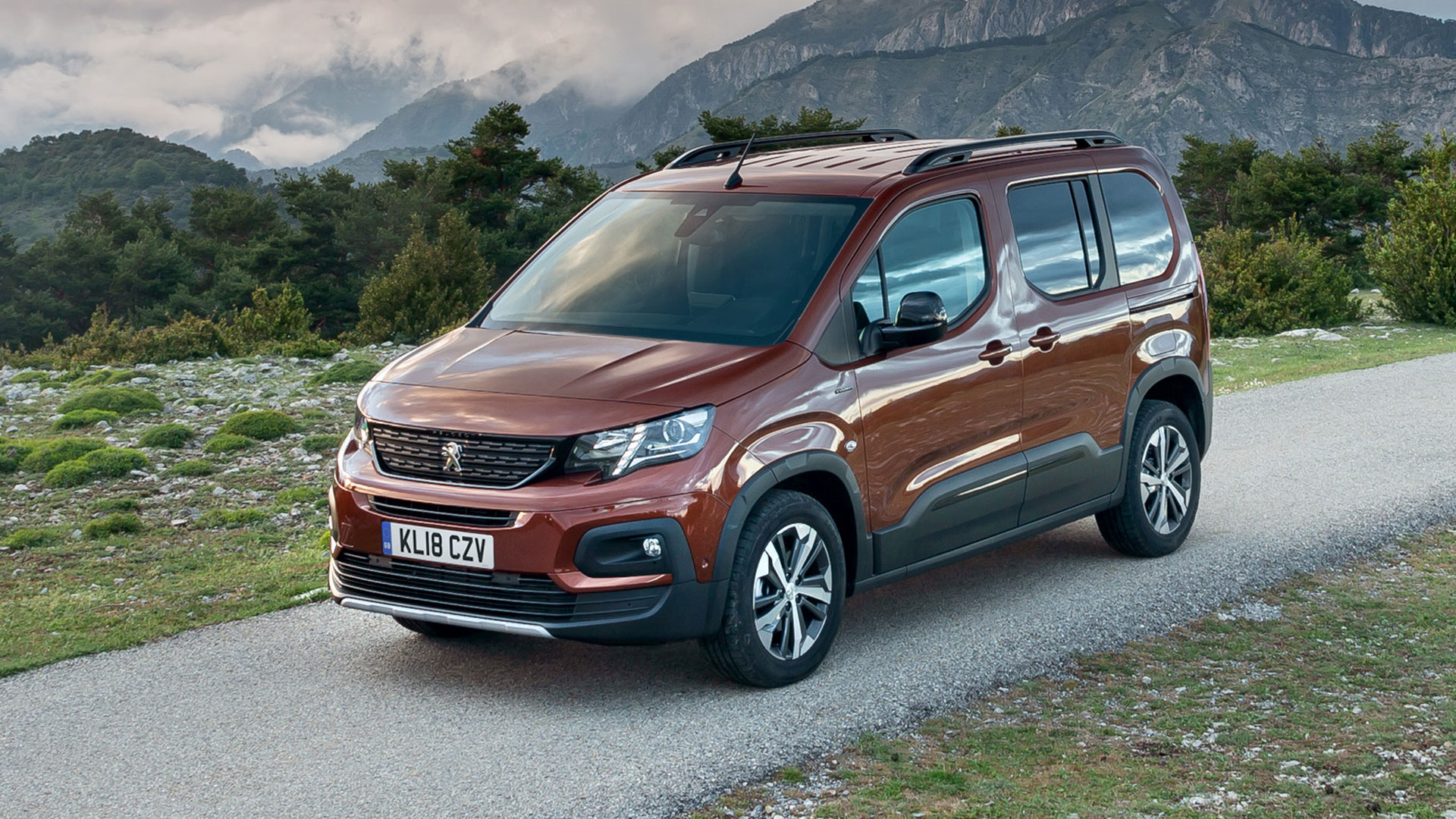 The Rifter shares its platform with the Citroen Berlingo and Vauxhall Combo Life, but it’s the Peugeot that wins the MPV of the Year award. It offers 775 litres of boot space, increasing to a huge 4,000 litres with the seats folded down. The Rifter also scores well for its low list price, excellent residuals and low insurance. 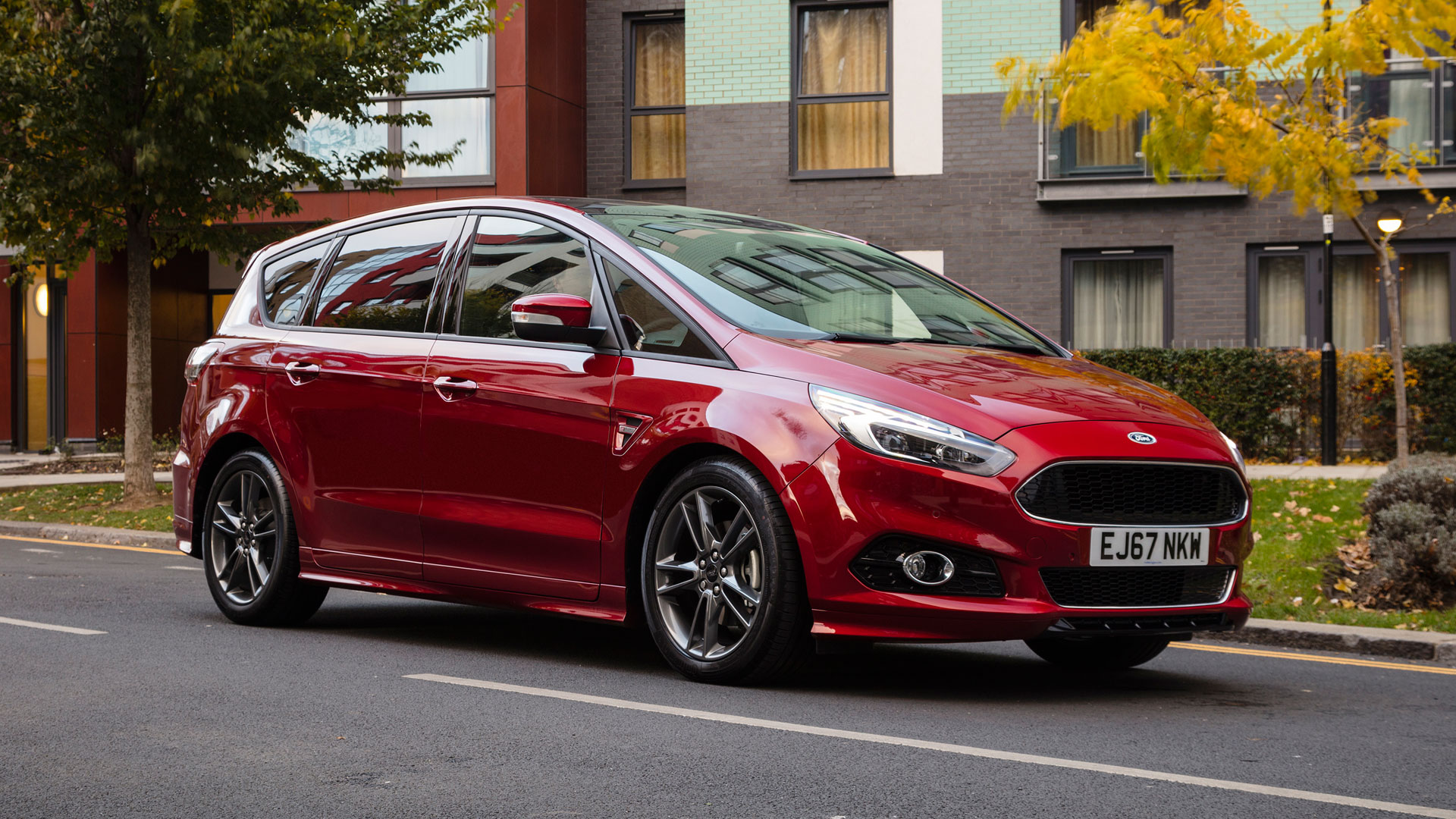 The Ford S-Max is named CCT100 Large MPV of the Year for the second year running, with Company Car Today praising its dynamics and efficient engines. “There’s still nothing to touch the S-Max as an overall proposition for those needing large people-carriers,” announced the judges. 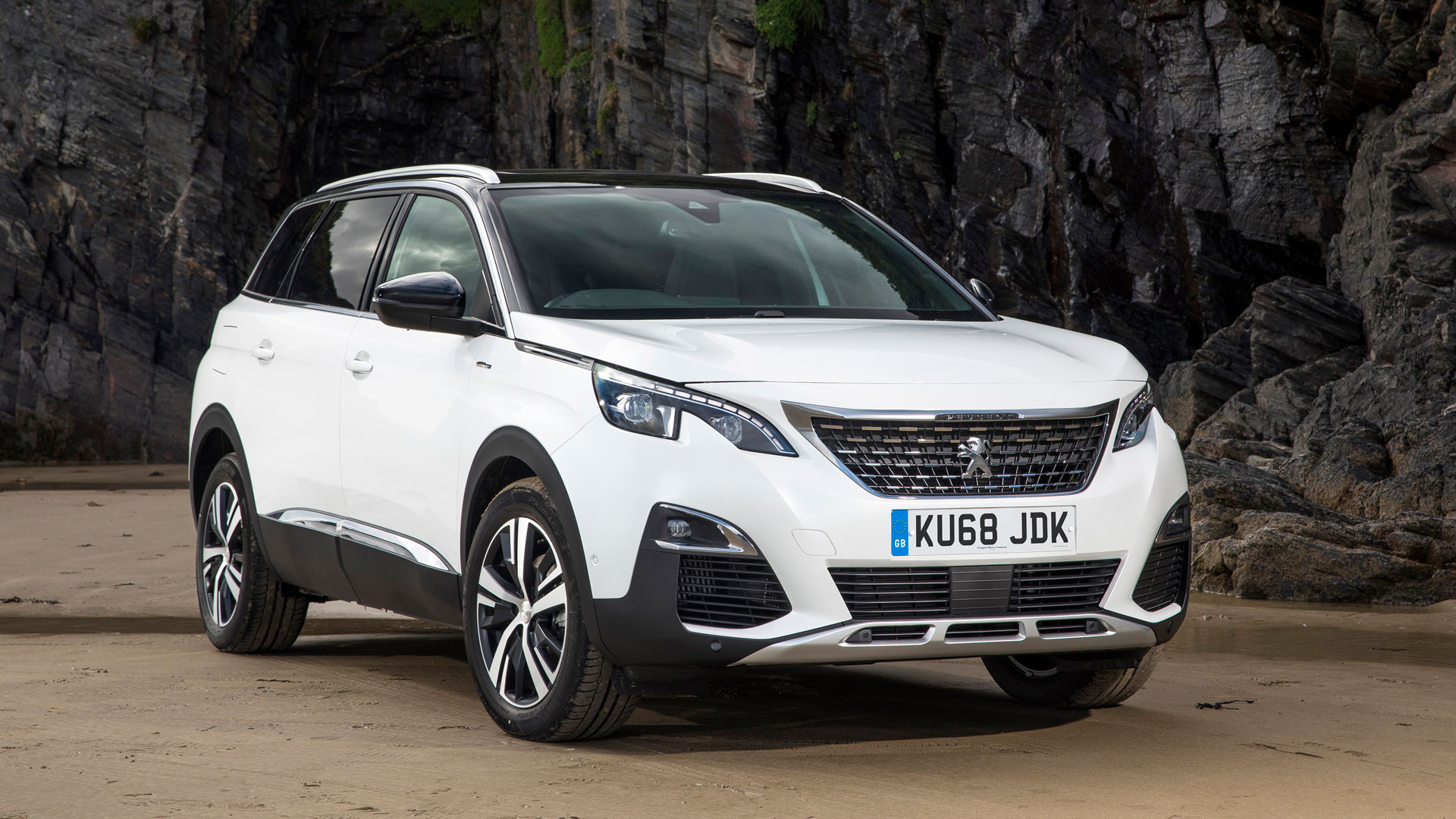 Gone is frumpy Peugeot 5008 of old, replaced by something completely different. The fact is, if you’re after an affordable, flexible, efficient and stylish SUV, the 5008 is hard to beat. The boot offers 780 litres of luggage capacity with the middle-row seats folded up. 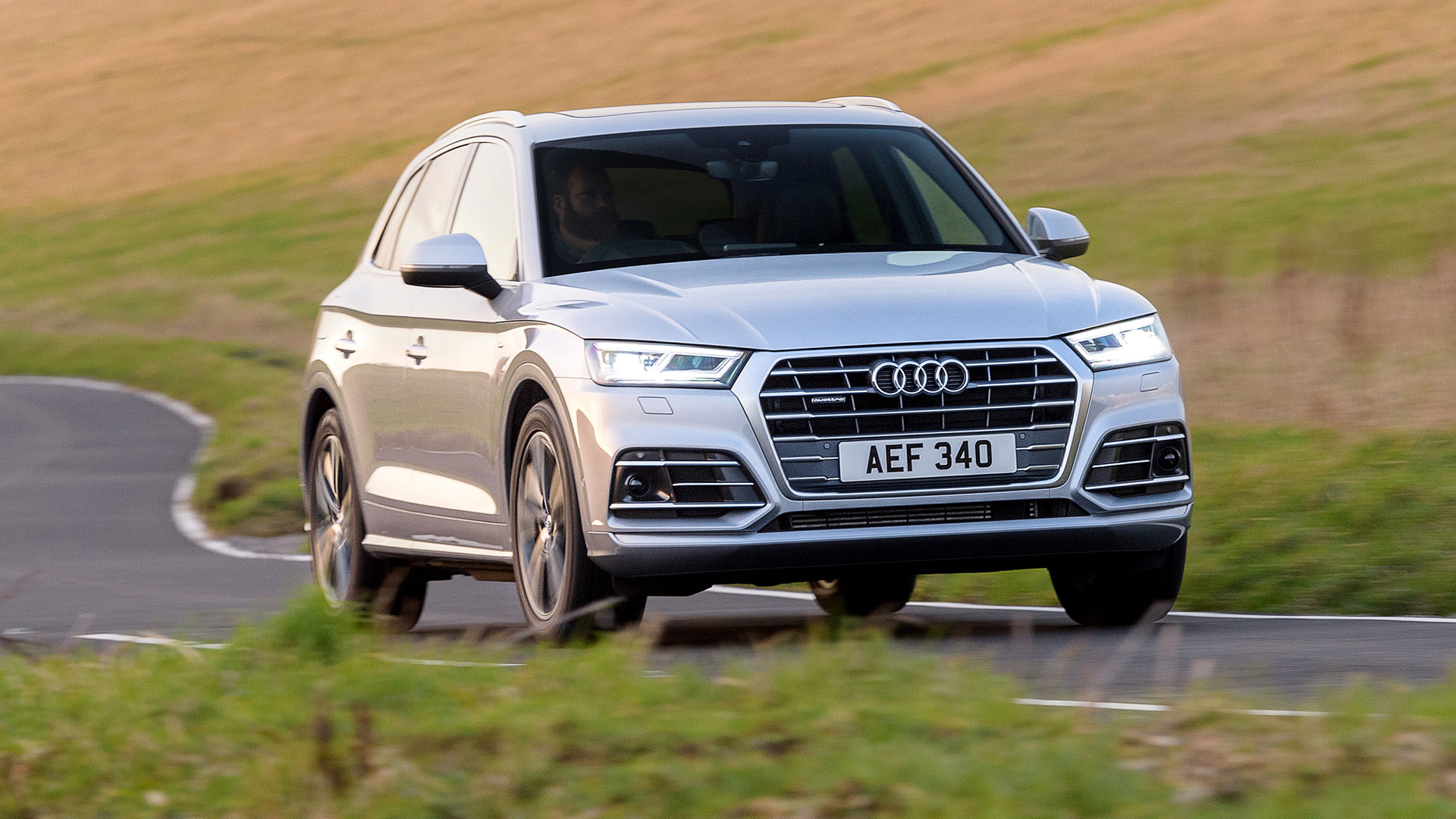 The Alfa Romeo Stelvio might be great to drive and the Lexus NX might be highly efficient, but the Audi Q5 reigns supreme thanks to its occupancy of the middle ground. It balances nicely between sporty and comfortable, stated the judges. 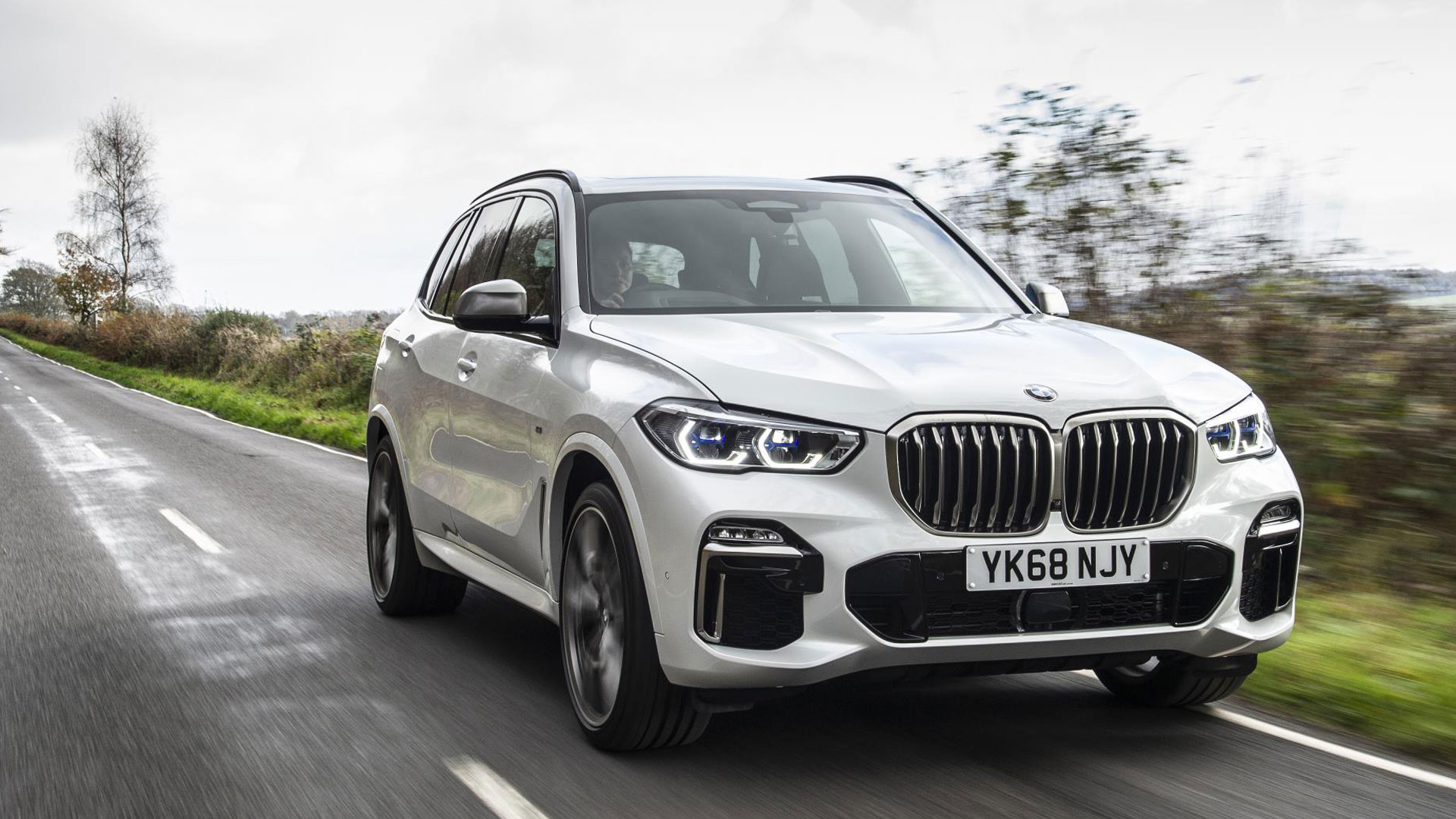 According to Company Car Today, the BMW X5 arrived just in time for consideration in the CCT100, but it went straight to the top of the class, ahead of the Hyundai Santa Fe, Lexus RX, Range Rover Sport and Volvo XC90. The fact that the entry-level 265hp 3.0-litre manages to get below 160g/km CO2 was a contributing factor. 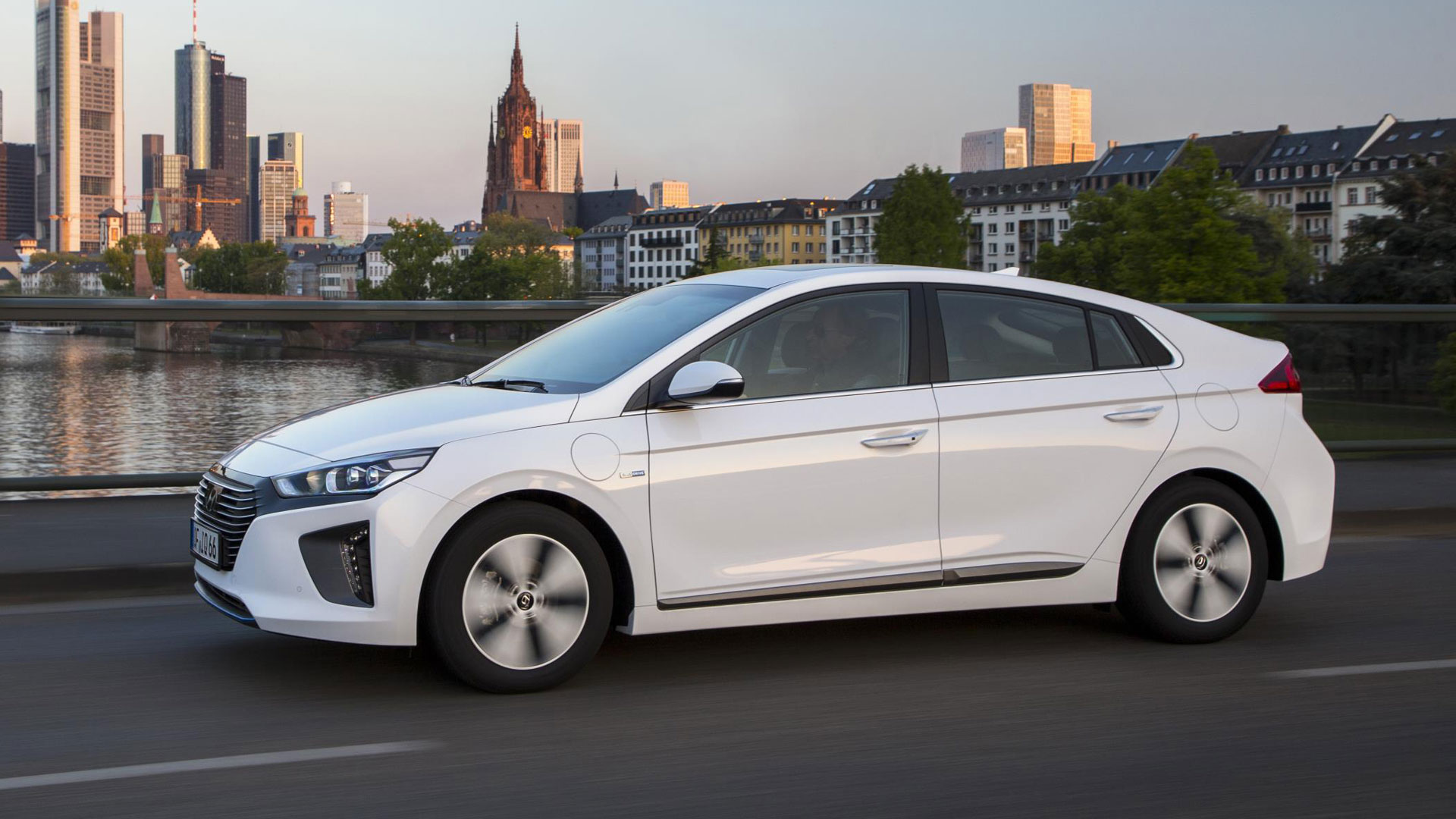 Four categories to go, starting with PHEV of the Year. It’s a win for the Hyundai Ioniq PHEV, with the Korean plug-in hybrid scoring well for P11D price, efficiency, benefit-in-kind payment and insurance. 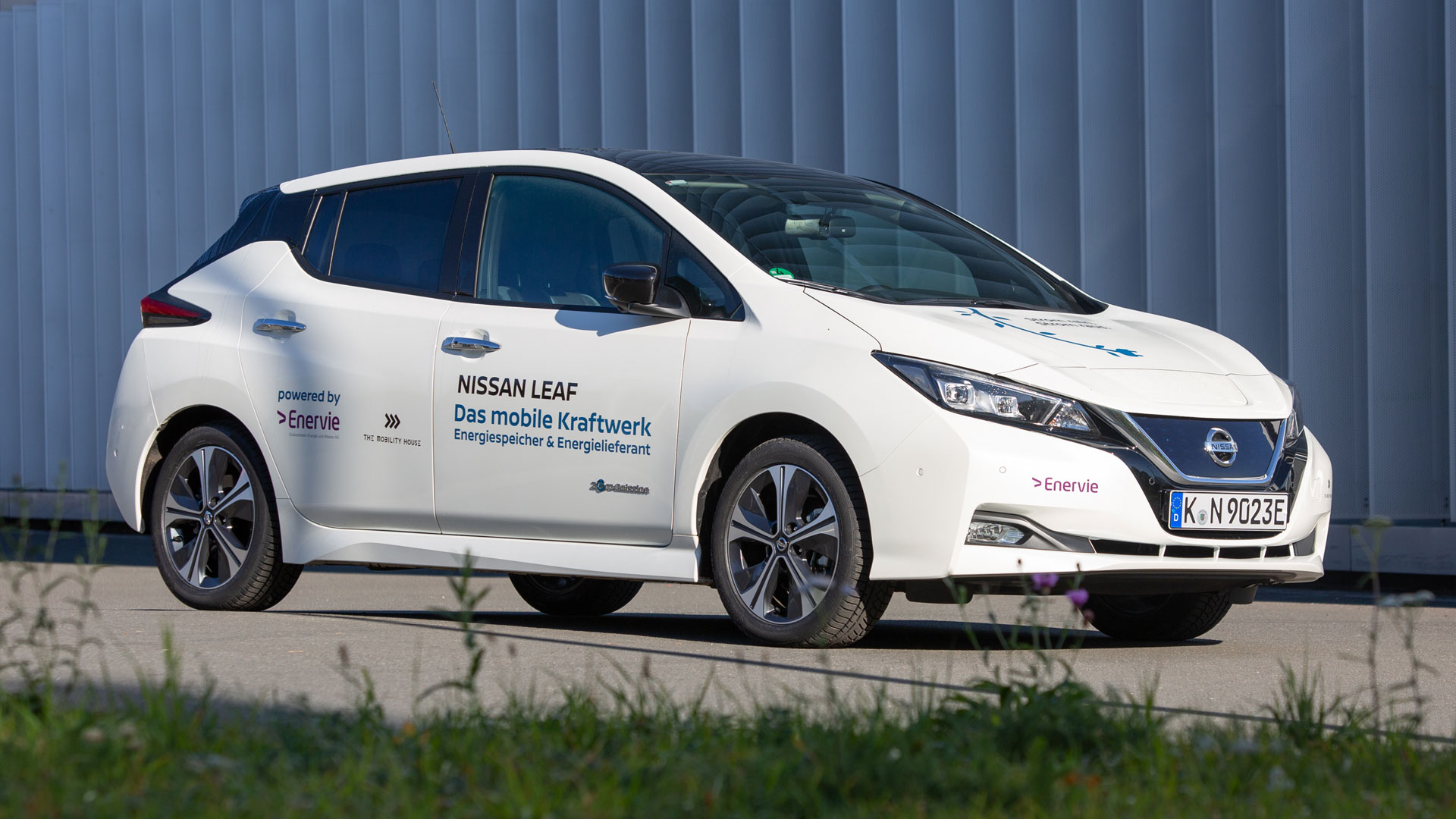 With a raft of new electric vehicles arriving in 2019, the Nissan Leaf will face a new challenge if it is to retain the Electric Car of the Year title next year. The Leaf has a range of 168 miles, but a new 229-mile range version will arrive soon. 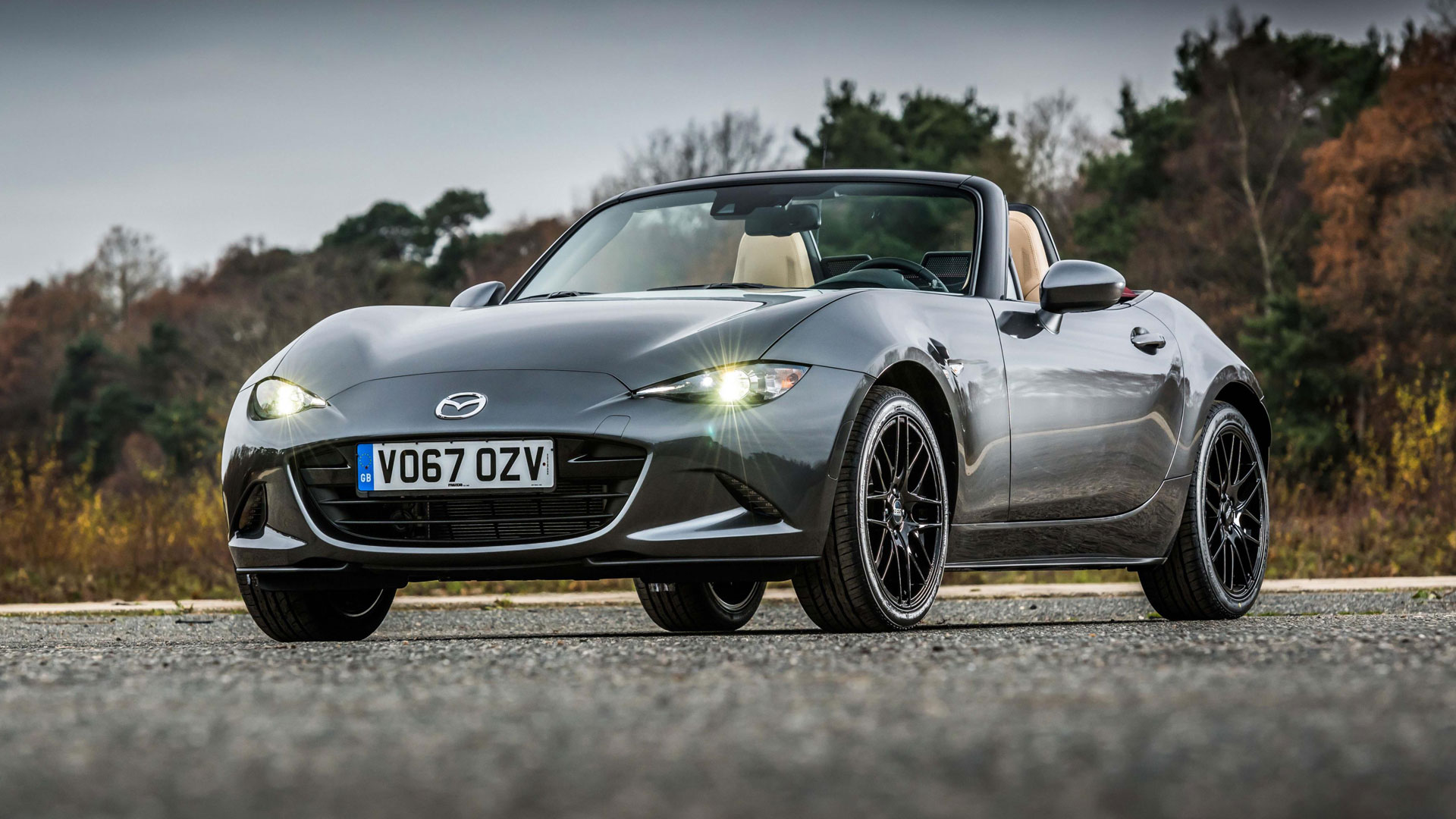 For when the company car driver decides to take the long way home, this is the CCT100 Sports Car of the Year award. “The MX-5 offers perk car privileges without prestige level running costs, and is sensible enough to run every day but still be smile-inducing,” said the judges. 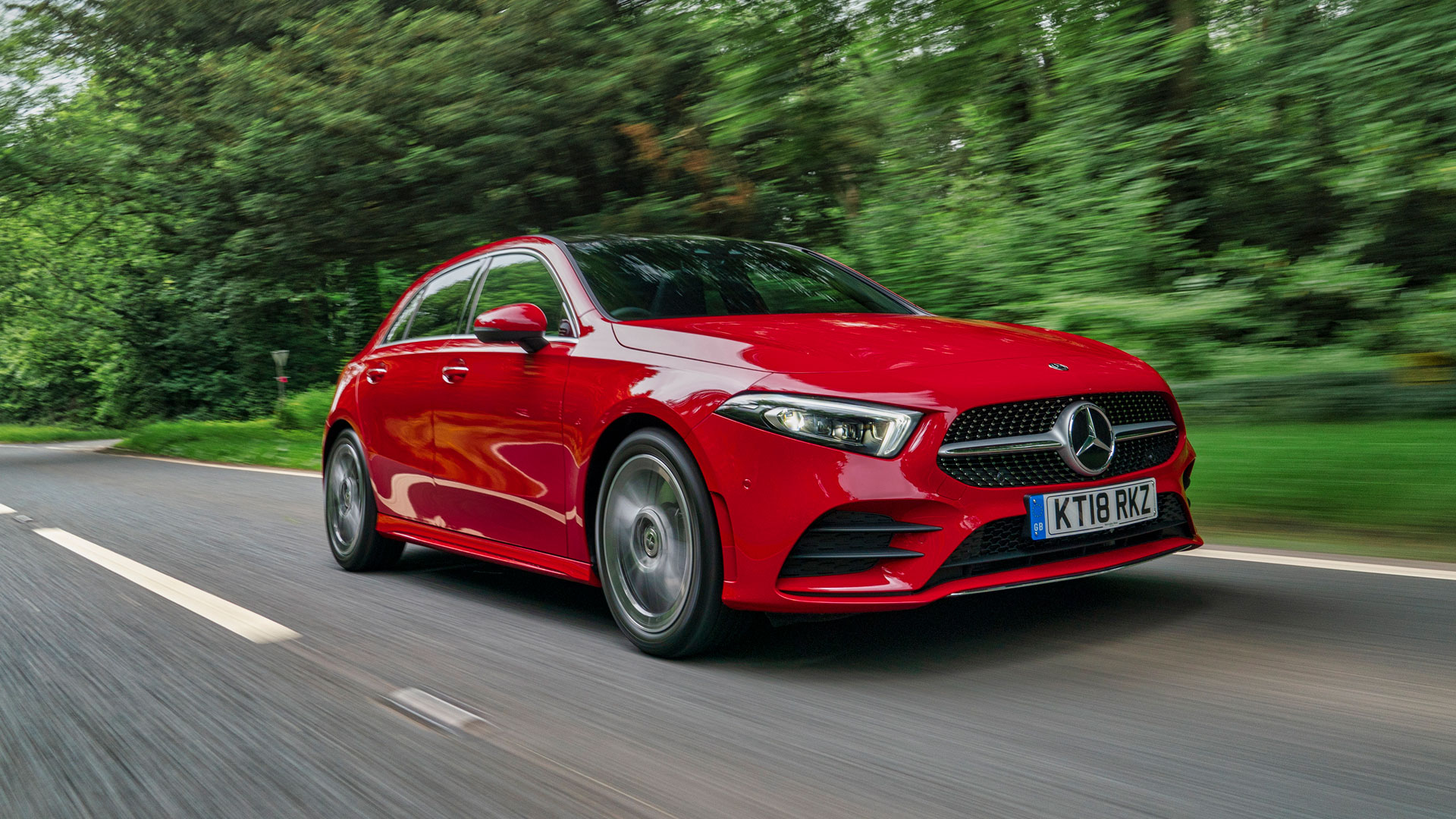 Which brings us to the end of the gallery and the overall CCT100 Car of the Year award. “The A-Class is the first RDE2-compliant car to hit the UK market, offering company car drivers a route to avoid higher BIK tax. The fact that it’s also an attractive, nice-driving, higher-quality and cost-efficient package earns it the titles as our Premium Lower Medium Car of the Year, and our overall 2019 CCT100 Car of the Year,” declared the judges.

Audi pulls the wraps off its new five-seat luxury Q8 in China. The sleek SUV borrows tech from the A8 and apparently takes inspiration from the ur-Quattro
Read more

Visit Fully Charged Live and get £1k off workplace charging

Creative employees can surely now visit and claim it as a day off in lieu?
Read more

New Volkswagen T-Cross is a baby SUV with big ambitions

The new Volkswagen T-Cross is here at last to do baattle with the Nissan Juke, Renault Captur and Seat Arona
Read more