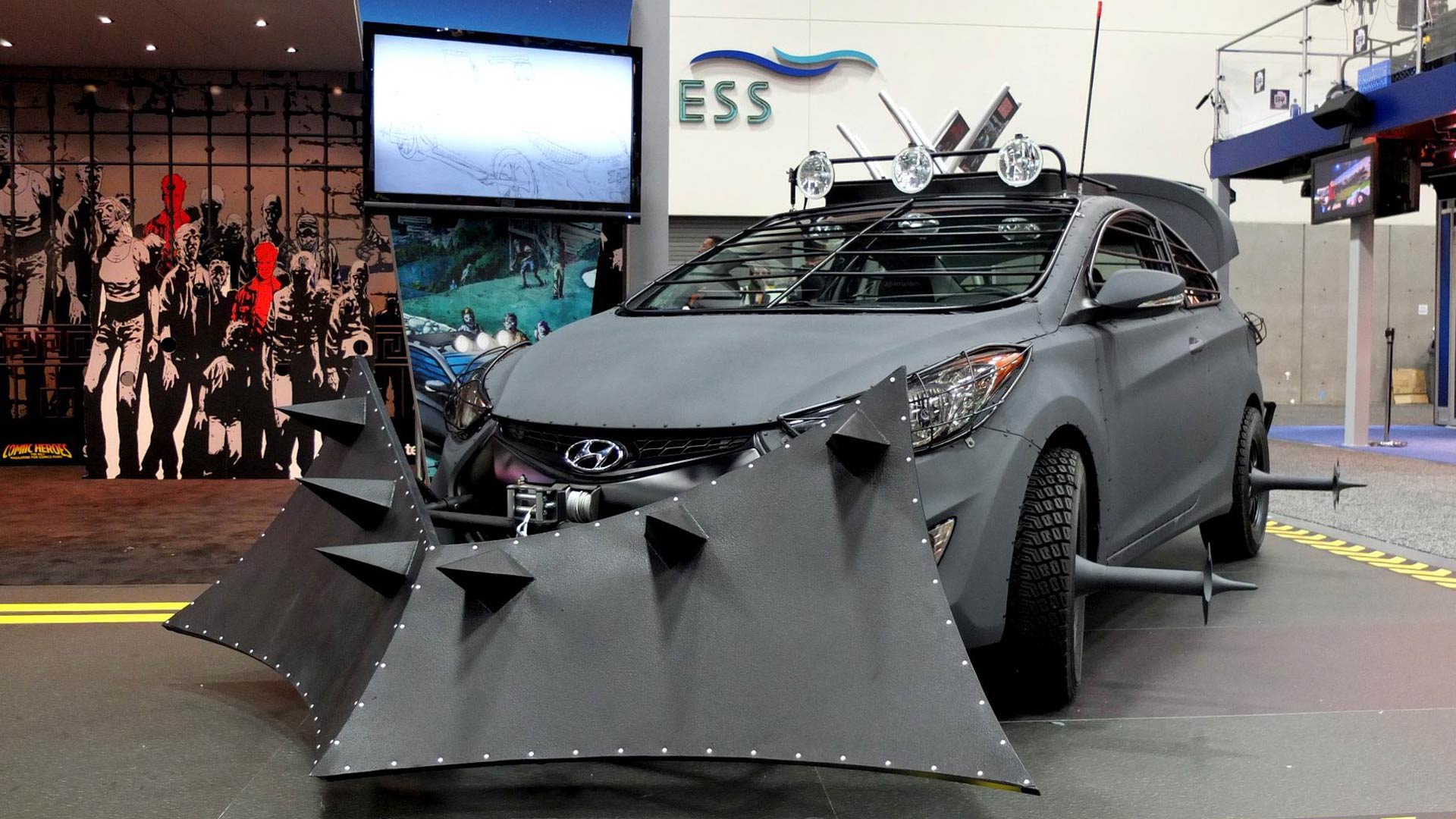 Whether it’s the threat of a zombie apocalypse, the fear of no-deal Brexit armageddon, or just the desire to get away from it all, we have a list of the vehicles you need.

Run to the hills 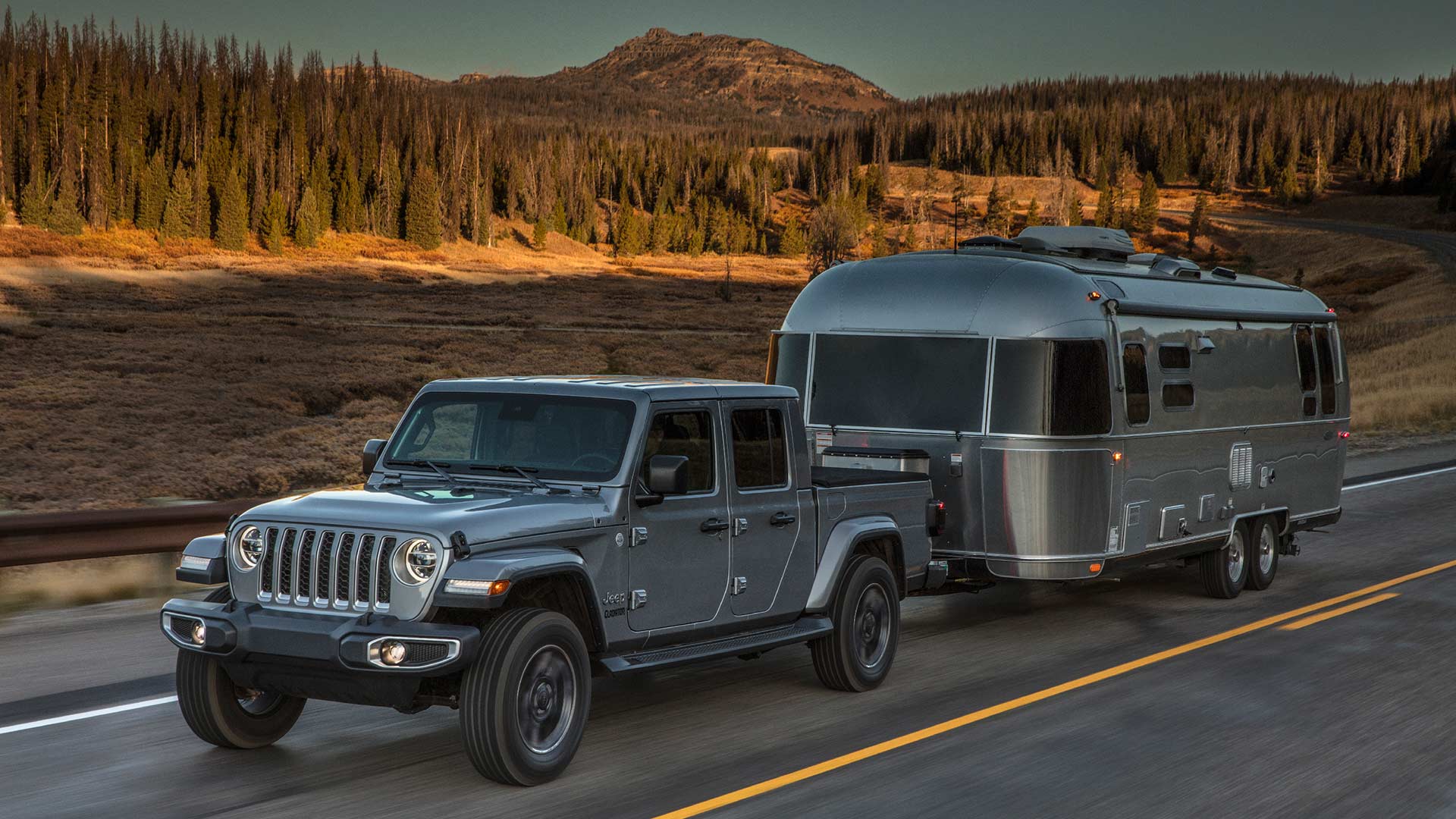 From robust and simple 4x4s, all the way to crazy all-terrain mobile homes, any one of these should make your survivalist dreams that little bit easier. Stash of tinned goods not included, so time to get hoarding… 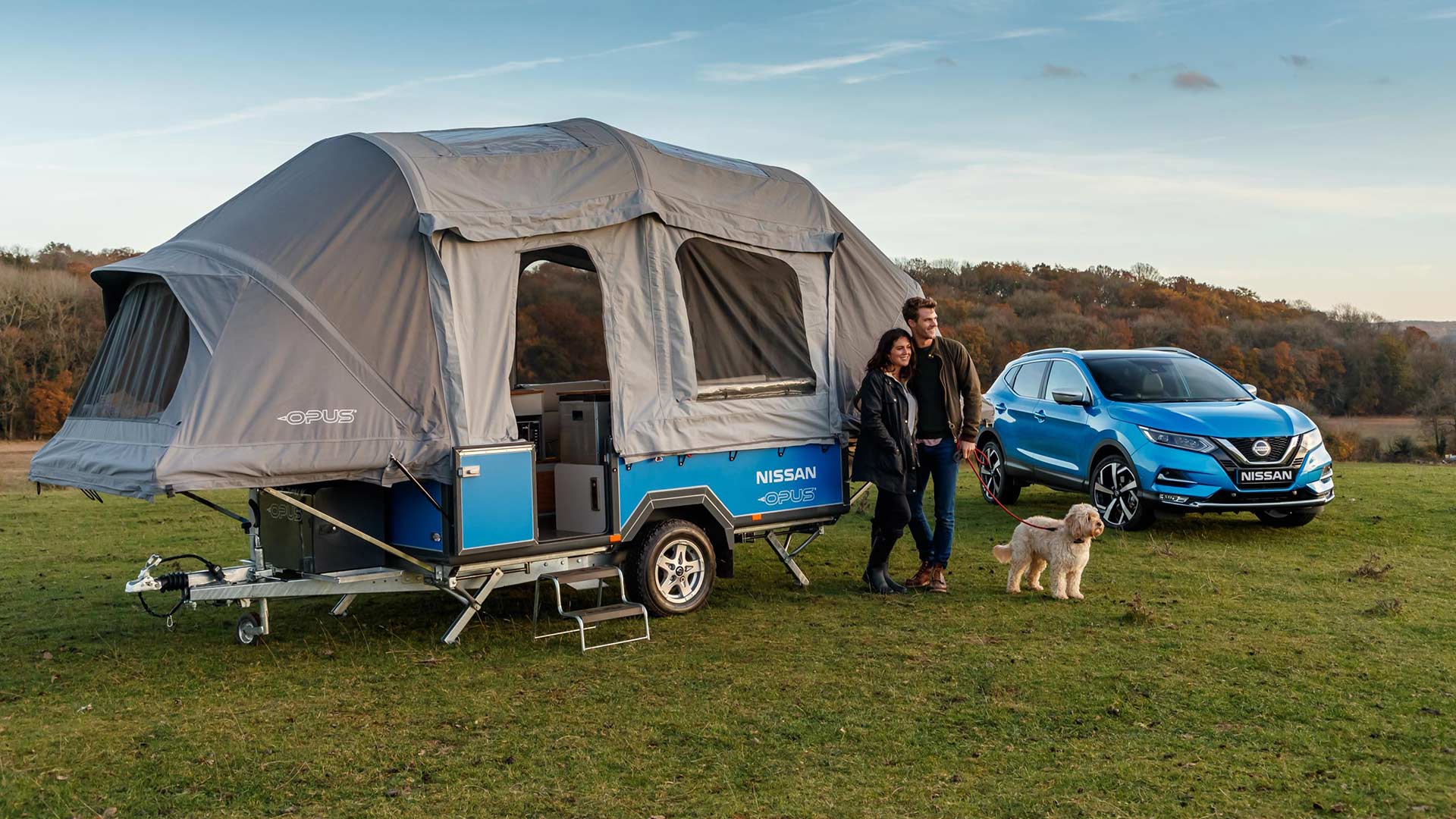 This collaboration between Nissan and Opus Campers is currently at the concept stage, but shows what could be possible with some clever thinking. Key to the Opus concept is a 700Wh battery, removed from a first-generation Nissan electric vehicle.

Mounted in the base of the Opus, once fully charged it offers enough energy for around seven days of surviving in the wild. After that you’ll need to find another power source to top up, so a solar panel could be handy if armageddon lasts longer than a week. 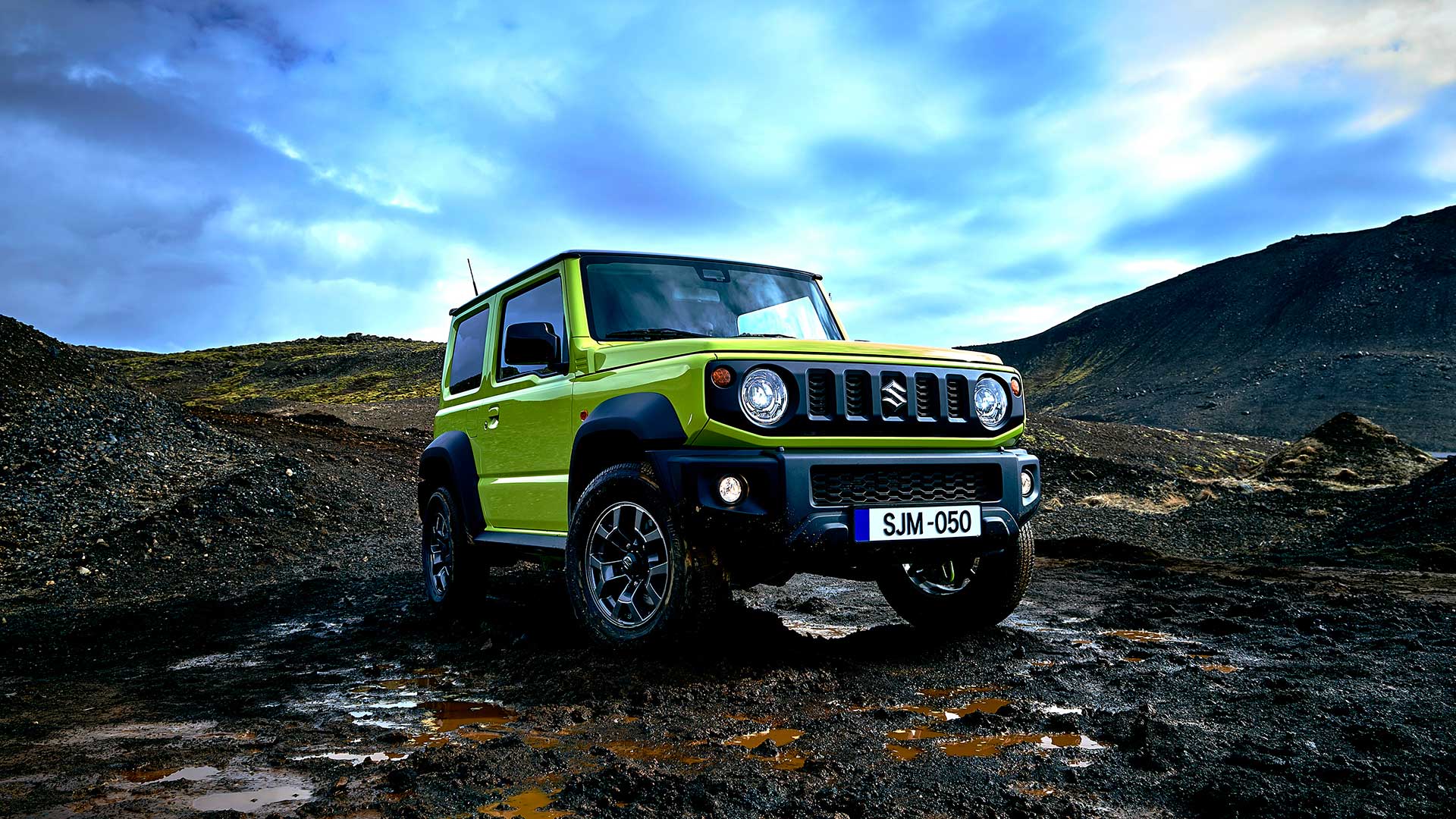 Nobody said going off-grid couldn’t be cute, and the latest Jimny is the perfect pint-sized 4×4. Given the almost insatiable level of demand for the new Jimny, actually finding one to live out your survivalist dreams could be a bigger problem.

It’ll do light off-roading with ease, although the boot can only take 85 litres of luggage with the rear seats up. You’ll either need to invest in a roof rack, or be very selective about who you head off into the wilderness with. 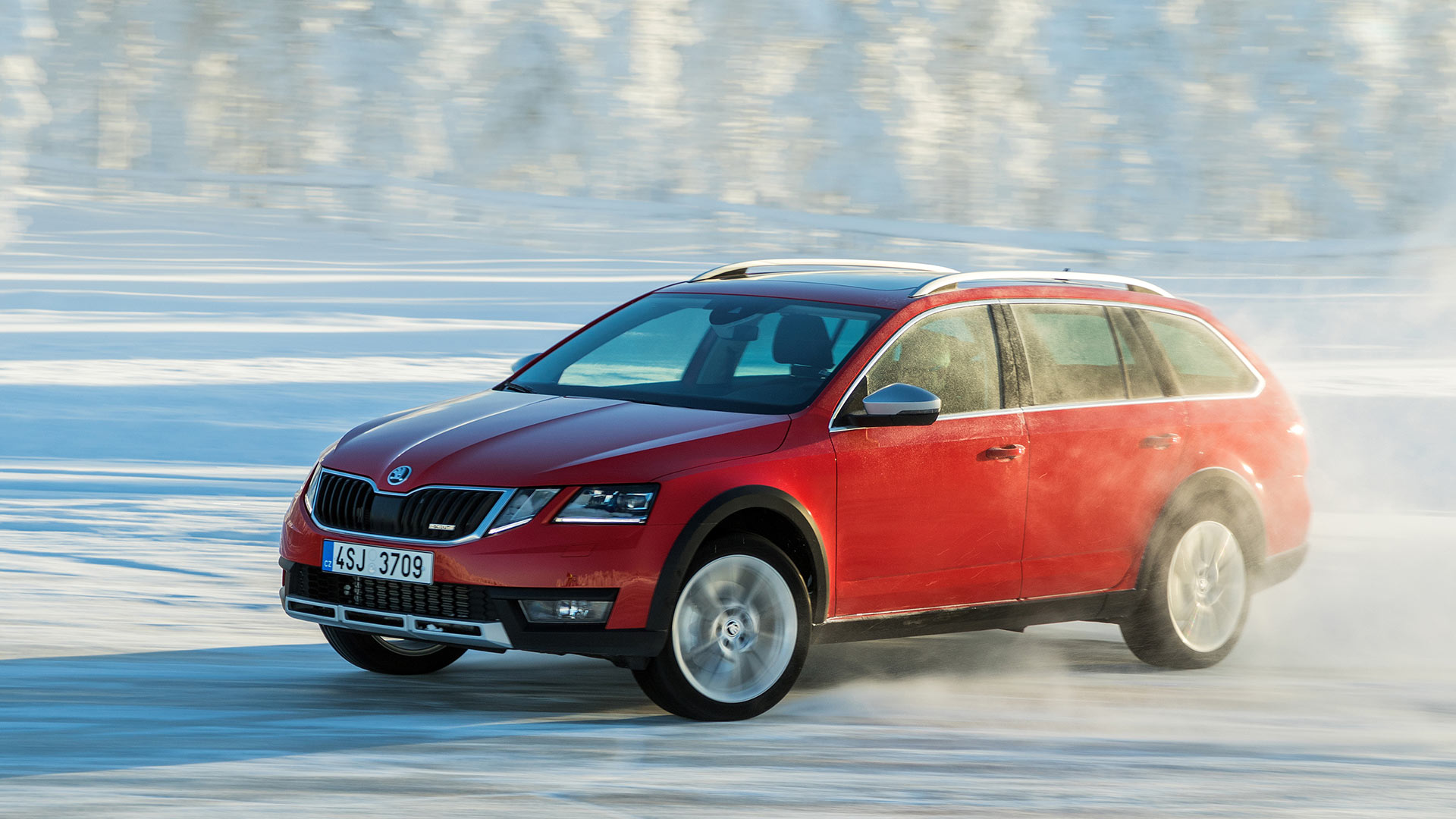 Finding space to store your tins of baked beans or packets of dried pasta is not going to be an issue with the Octavia Scout. Even with the rear seats up it can accommodate 590 litres, swelling to a gigantic 1,580 litres if you fold them flat.

You won’t be crossing deserts or wading deep rivers with the Scout, but the raised ride height and 4WD system will take you further than the average estate car. It also costs less than £30,000. Surviving the end of the world doesn’t need to be expensive. 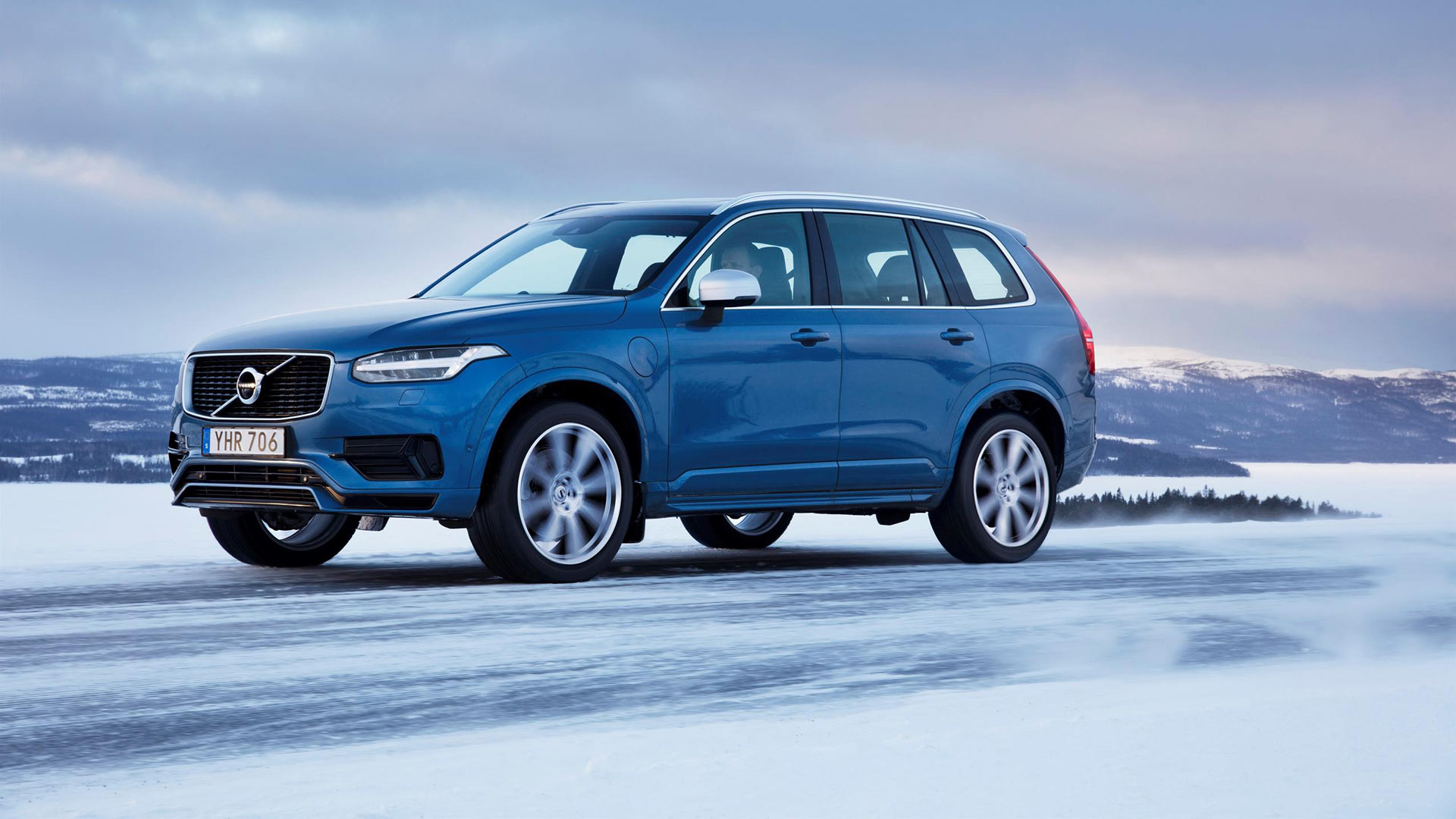 If money is less of a concern, and your off-grid life centres on the need for Scandinavian hygge feels, there are few better options than the Volvo XC90 T8. It’s beautifully built, has 4WD, and can be ordered with an immense sound system.

In everyday life, it is all the car you could ever need, so why not apply that to surviving an apocalyptic nightmare? It’s also a plug-in hybrid, meaning you’ll be able to feel environmentally smug in the eyes of other doomsday ‘preppers’. Just don’t mention the electric-only range is a maximum of 25 miles. 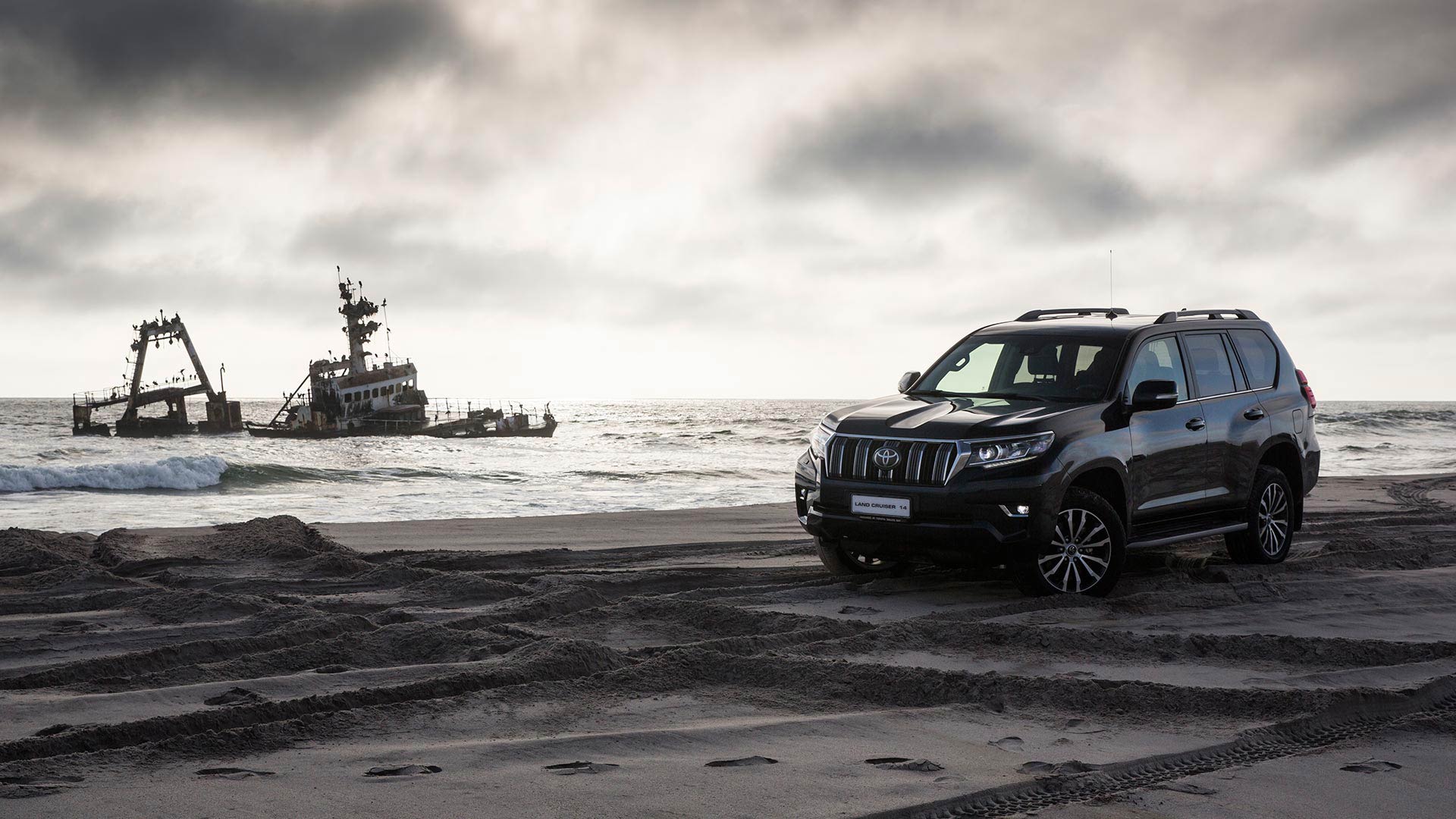 The XC90 might be stylish and luxurious, but for outright dependability the Toyota Land Cruiser is perhaps the ultimate 4×4. More than six million have been sold across the world, and Toyota works hard to ensure it can survive in the toughest of environments with ease.

If you can depend on a Land Cruiser to keep you alive in the wilds of the Australian Outback, it will probably be more than sufficient for a few days off-grid in the Peak District. Pick the three-door Utility-spec version to look really serious. 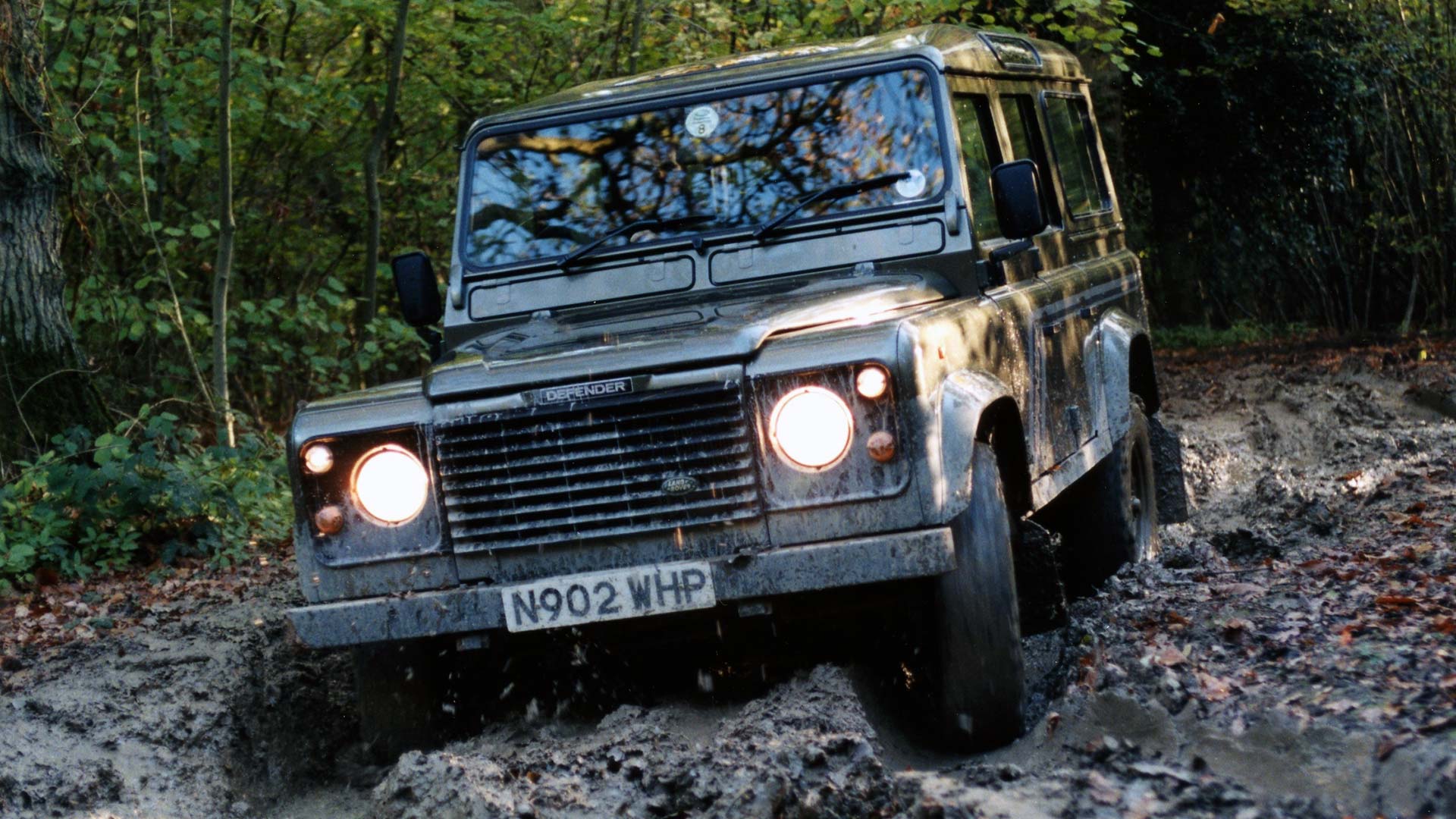 No list of survival vehicles would be complete without a Land Rover Defender. Potentially unbeatable in the rough, and endlessly upgradeable with a wealth of aftermarket accessories, there is a reason the Defender has become a true icon.

We have opted for the older 300 TDi version here, rather than the later TD5 or Ford Duratorq engines. Yes, the newer models may have extra power and performance, but a simpler design means that fixing the 300 TDi at the side of the road is more likely. 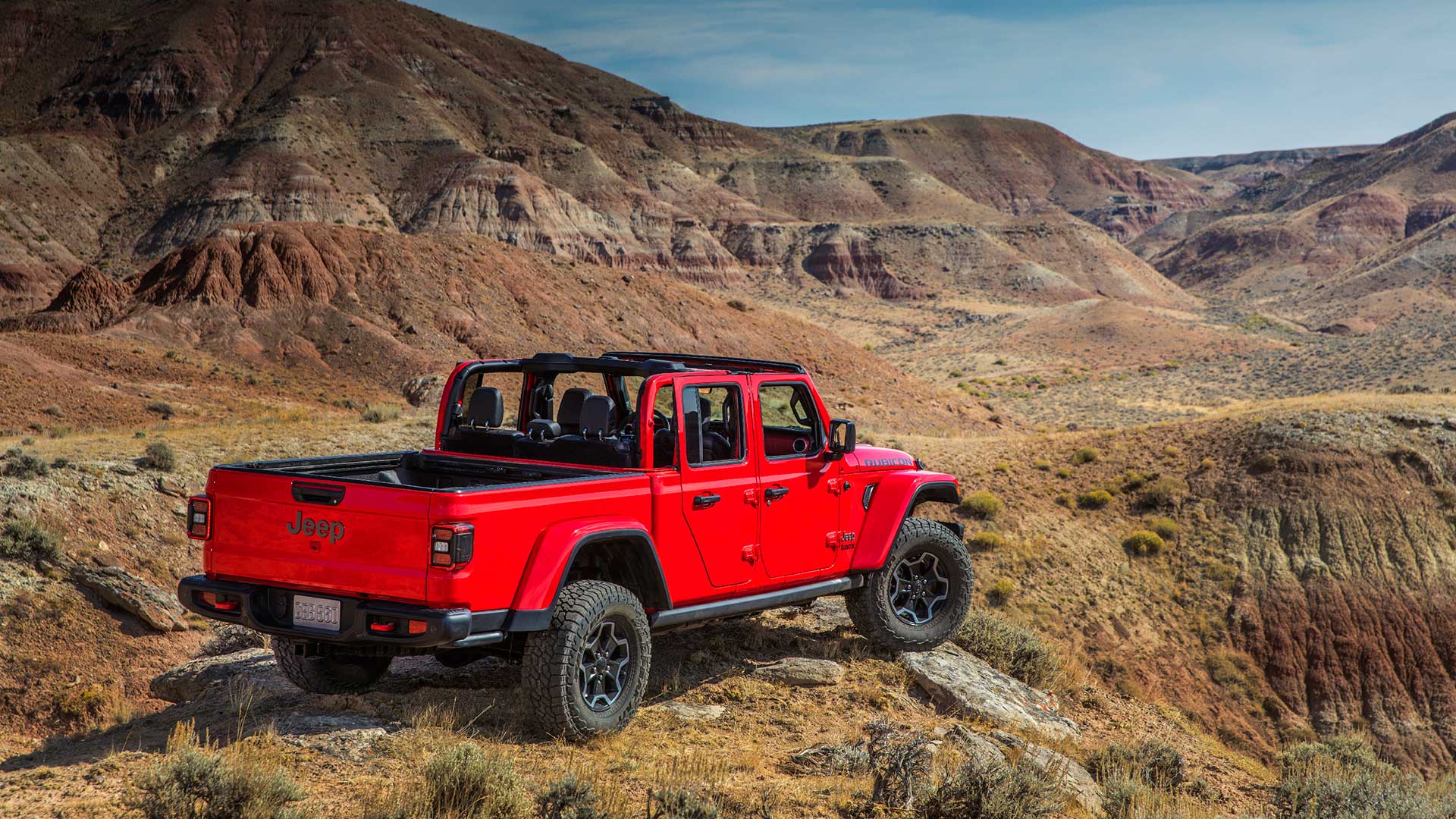 Proving almost as big a deal as the new Suzuki Jimny, the Jeep Gladiator pick-up is making big waves in the United States. Combining the off-road ability of a Wrangler, but with the extra load space of a truck, the Gladiator could be an excellent choice for survivalism.

Jeep recently entered a production-specification Gladiator in the fearsome King of the Hammers off-road race in America. It made it through the epic 165-mile test in the heat of the Californian desert, taking rock-filled canyons in its stride. 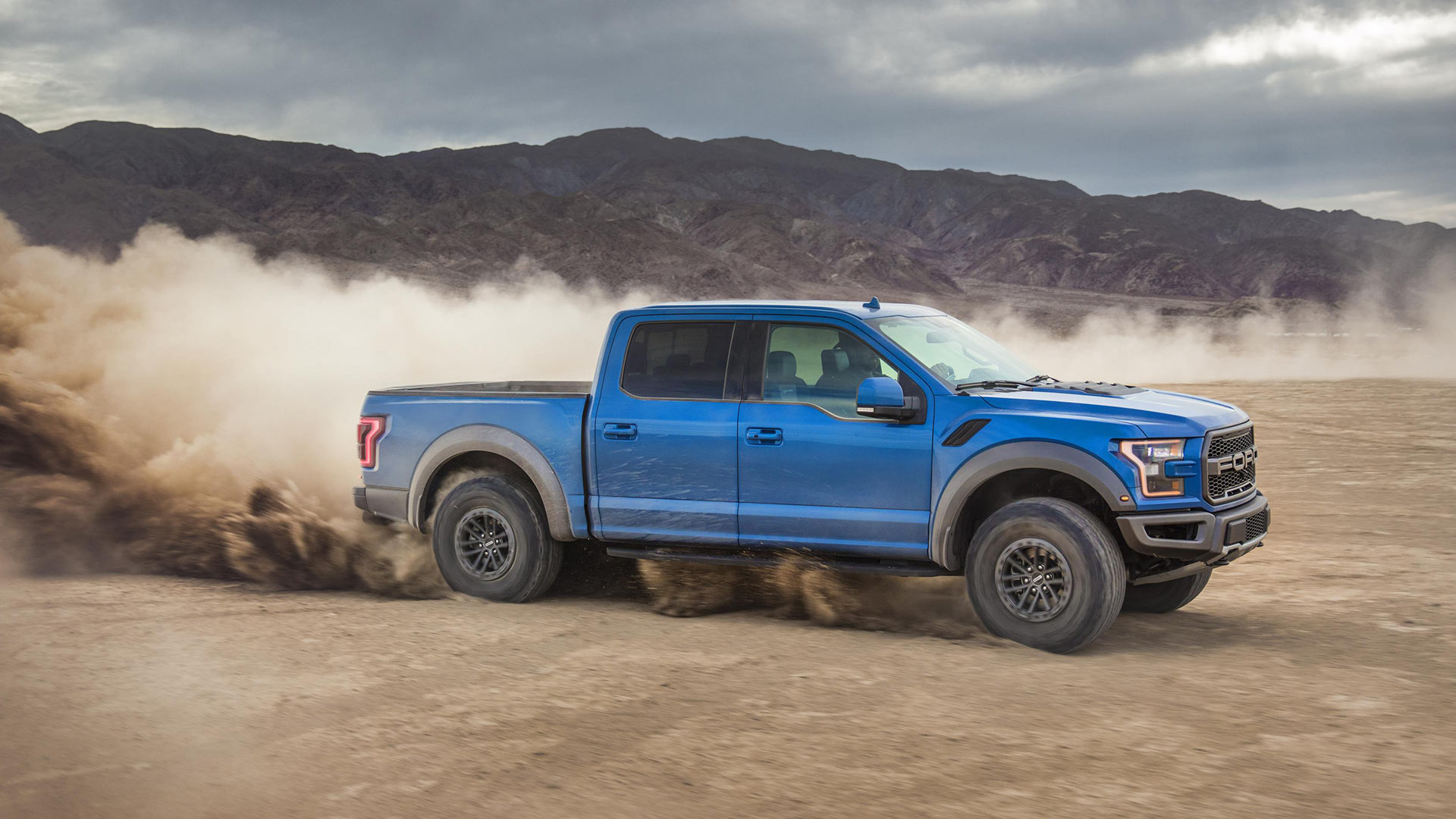 Yes, the Gladiator might be cool, but what about a pick-up truck that adds serious performance to the off-road mix? Enter the F-150 Raptor, with a 3.5-litre turbocharged V6 engine producing 450hp and 510lb ft of torque.

The latest Raptors get special Fox Racing shock absorbers for better performance off the beaten track. With various sensors, the new shocks can even detect when the Raptor is in mid-air, and brace for landing. Make sure your survival goods are firmly tied down first! 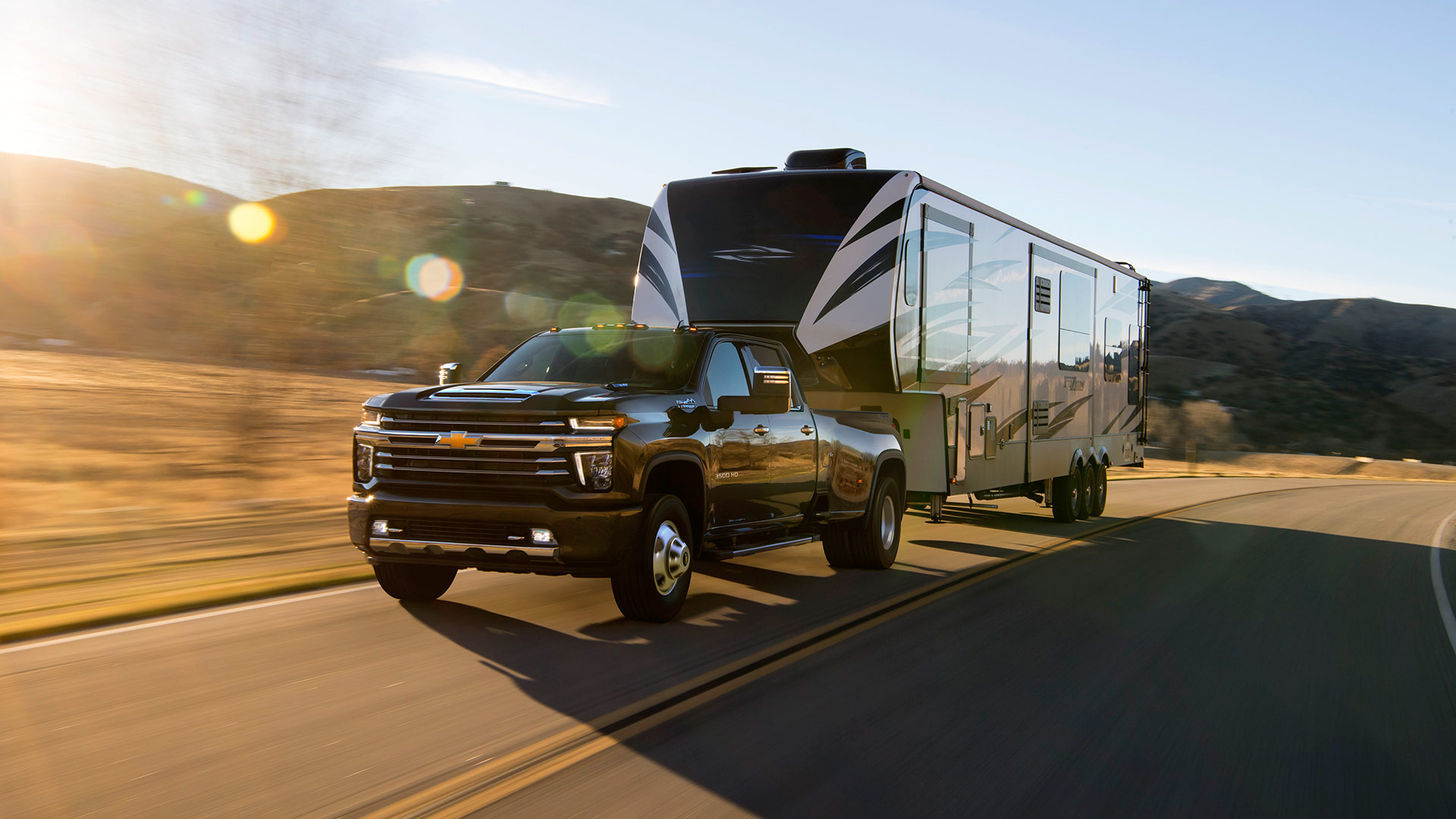 Forget taking just home comforts on a journey to survive the apocalypse, and just take the whole house instead. The latest Chevrolet Silverado 3500HD can tow up an astonishing 16,000kg (35,500lbs), meaning you could probably just drag your house along behind.

For that maximum towing capacity you will need to pick the ‘dual rear wheel’ option, and spec the 6.6-litre Duramax turbodiesel V8 engine. The latter does come with a torque output of 910lb ft, which should brush away any worries about buying a diesel. 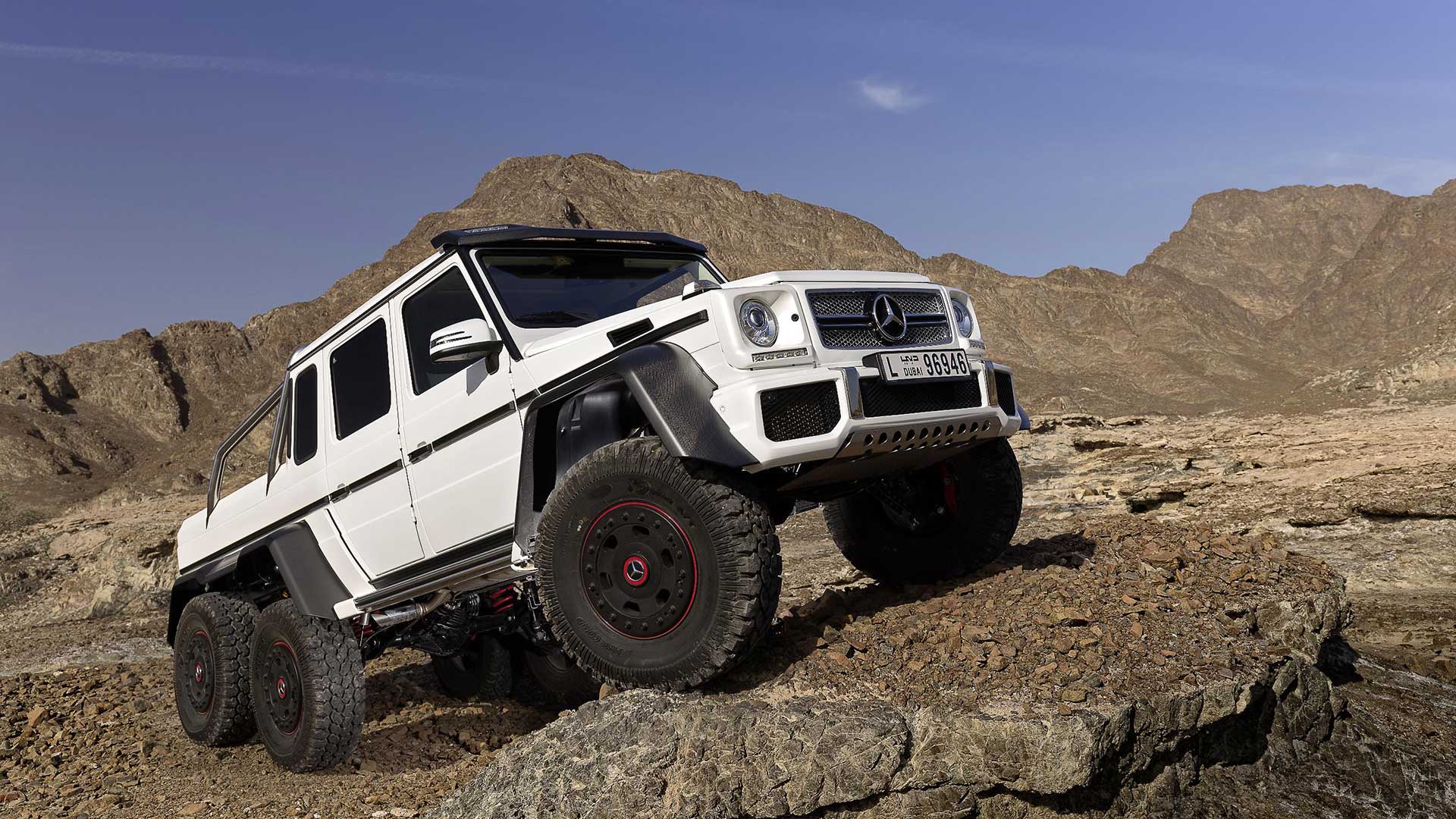 With the Mercedes G-Wagen regarded as a deeply dependable machine, the £370,000 6×6 adds an extra dose of craziness to proceedings. Nobody really needs a six-wheel-drive pick-up truck with a 5.5-litre turbocharged AMG V8, but it would certainly make heading off the beaten track more fun.

Despite the thirst of the 536hp petrol engine, it does at least come with twin fuel tanks, which hold 159 litres between them. Sourcing one may be a problem, as Mercedes-Benz partner Magna Steyr only produced just over 100 examples between 2013 and 2015. 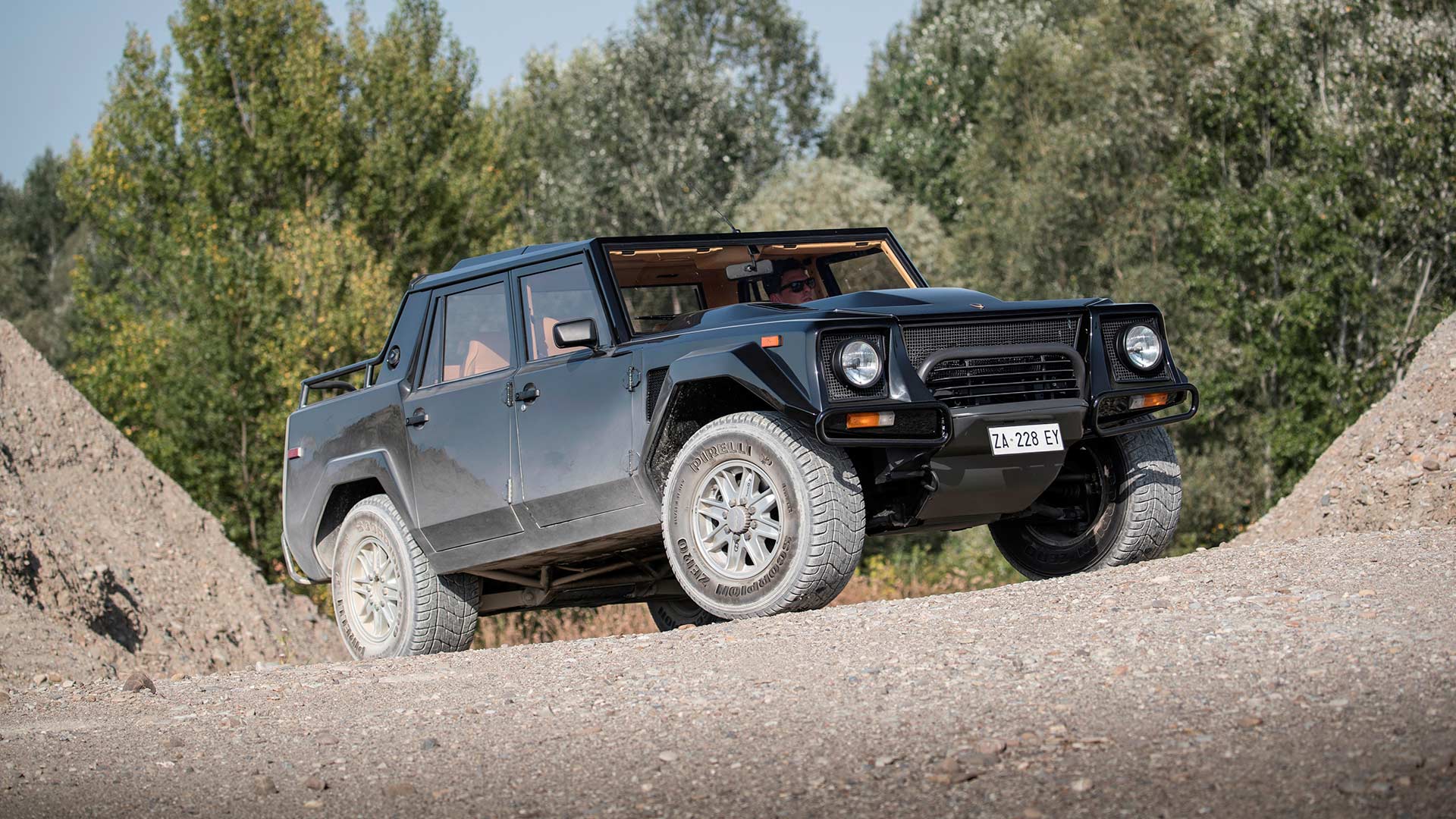 It’s easy to dismiss the LM002 as a 1980’s frivolity, but the original concept came from a brief to build a machine for the US military. Those plans were abandoned at the prototype stage, but civilian life saw a 5.2-litre Countach-sourced V12 engine installed beneath the bonnet.

Running away from doomsday in a V12 Lamborghini is thirsty work, but fortunately the Italian firm fitted a 169-litre petrol tank. LM002s have also competed in off-road desert rally events, proving them to be more than just the playthings of dictators and oligarchs. 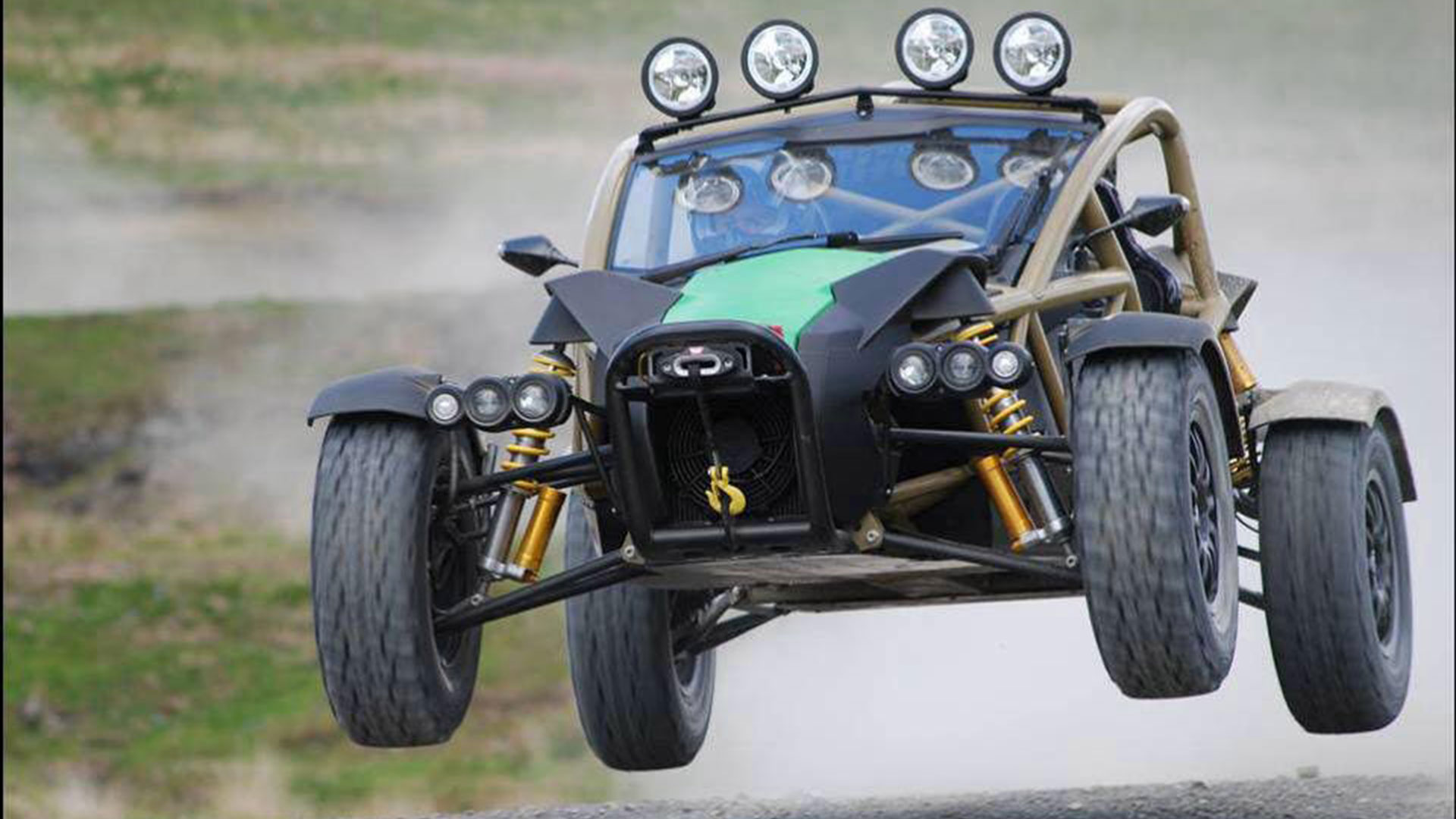 In complete contrast to the LM002, the Ariel Nomad is one of the simplest and lightest ways to head for the hills. Powered by a 235hp Honda engine, the diminutive Nomad weighs in at just 670kg. This is taking the idea of treading lightly in the countryside quite literally.

It does mean you’ll have to be prepared to travel extremely light, though; the exoskeleton construction doesn’t offer much in the way of storage. But what better time to learn to live from the land, rather than relying on supermarket shelves? 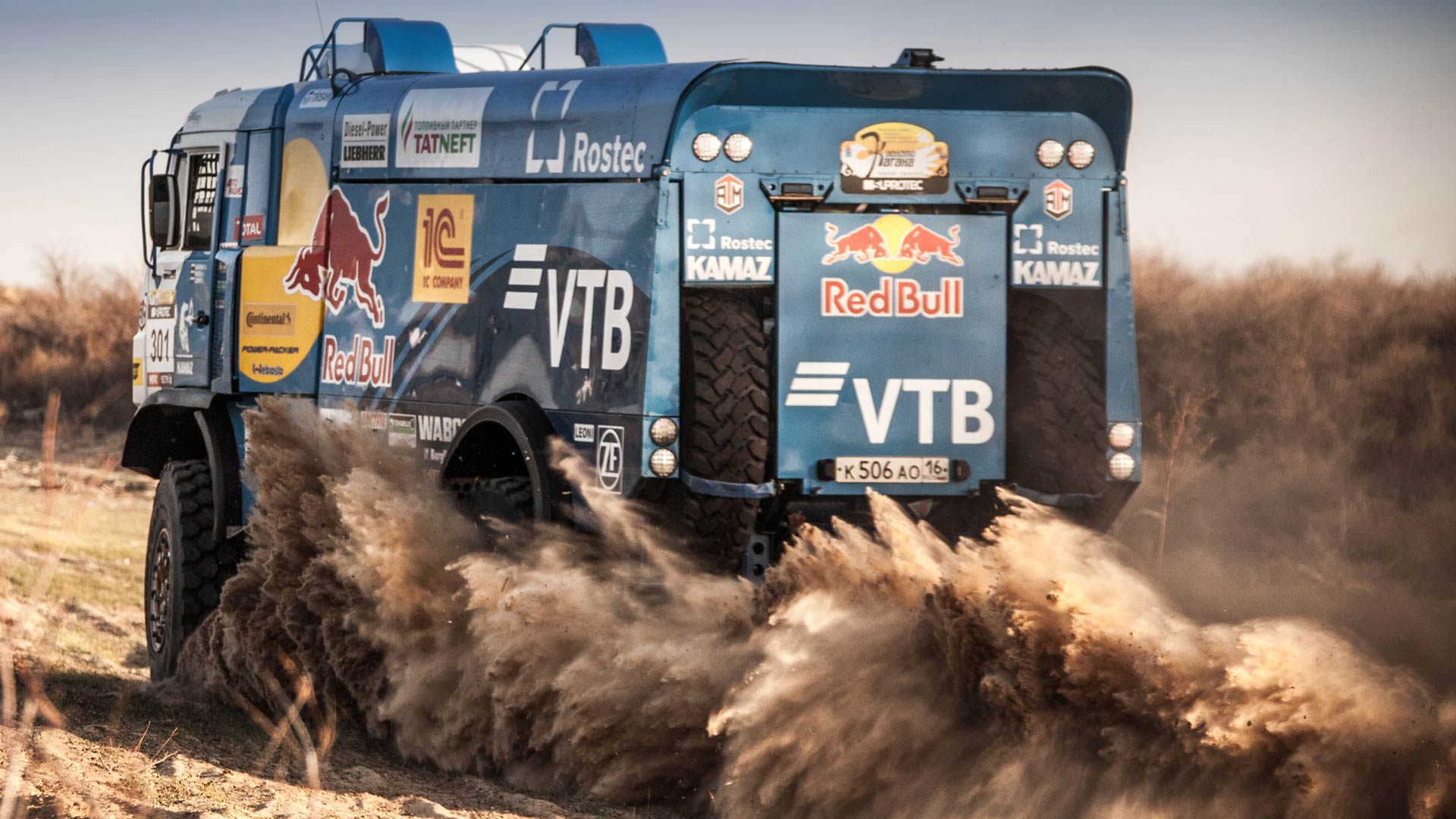 Just as capable as the Nomad in the rough stuff, but with substantially more cargo space, this is the all-conquering Kamaz. Built to compete in off-road endurance races, the 837hp Russian has dominated the T4 rally raid class for almost two decades.

In fact, this monster has won the truck category of the Dakar Rally an incredible 16 times. In 2010, this included winning every single stage: quite an achievement. Capable of storing a huge amount of spare parts and supplies for a team of three, there should be more than enough room for a stockpile of UHT milk. 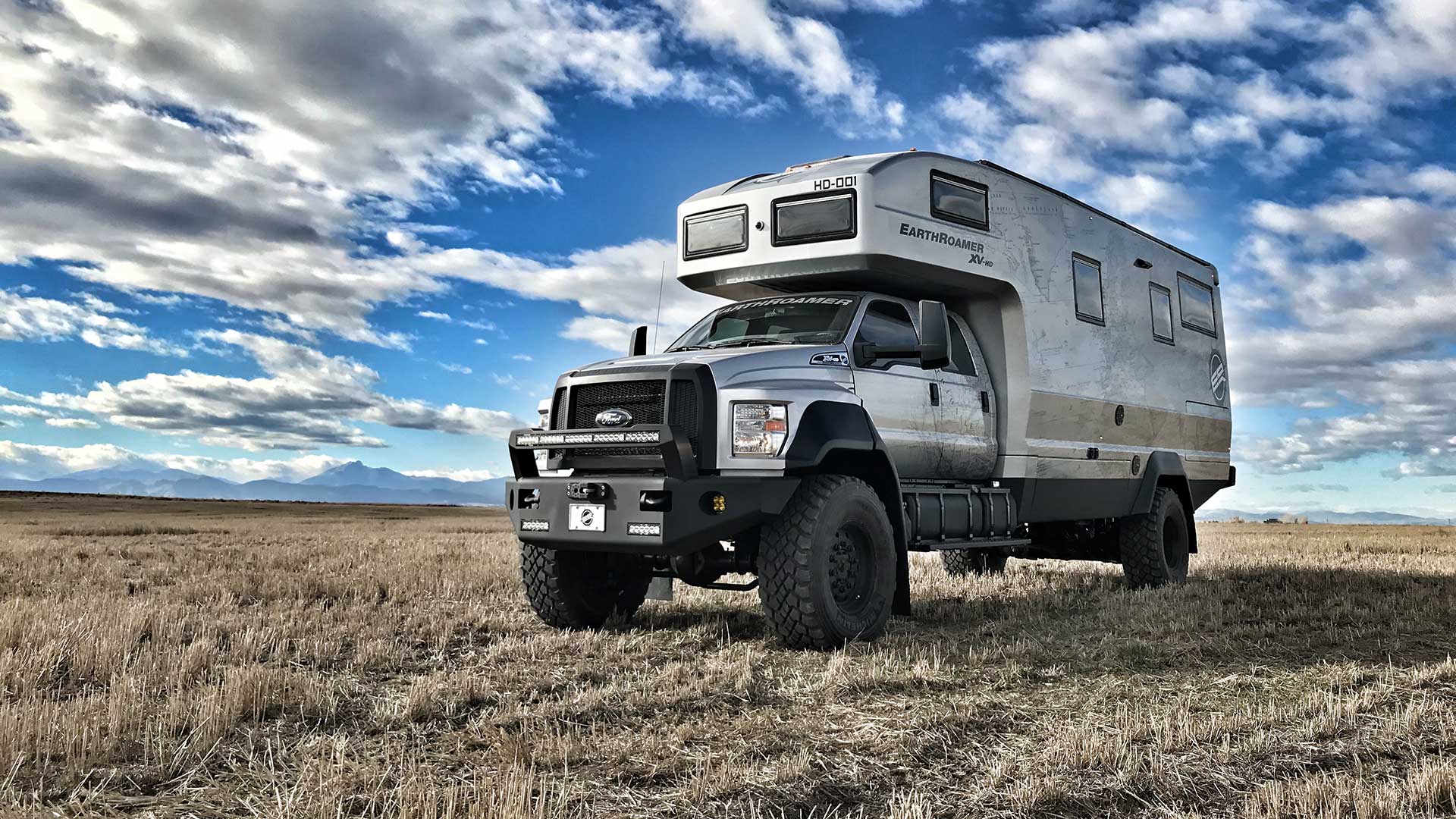 Substantially comfier than the Kamaz, the EarthRoamer XV-HD offers accommodation for six in a package that can go almost anywhere. Built on Ford’s F-750 chassis, the XV-HD features 4WD, air suspension, and a 6.7-litre V8 turbodiesel engine.

The XV-HD can hold 435 litres of diesel, 946 litres of fresh water, and has solar panels to charge the 20kWh batteries. There is a fitted kitchen, separate bathroom, and even a Bose surround system. Going off-grid doesn’t have to mean slumming it, although you will need to find $1.5 million (£1.15 million) to buy one. 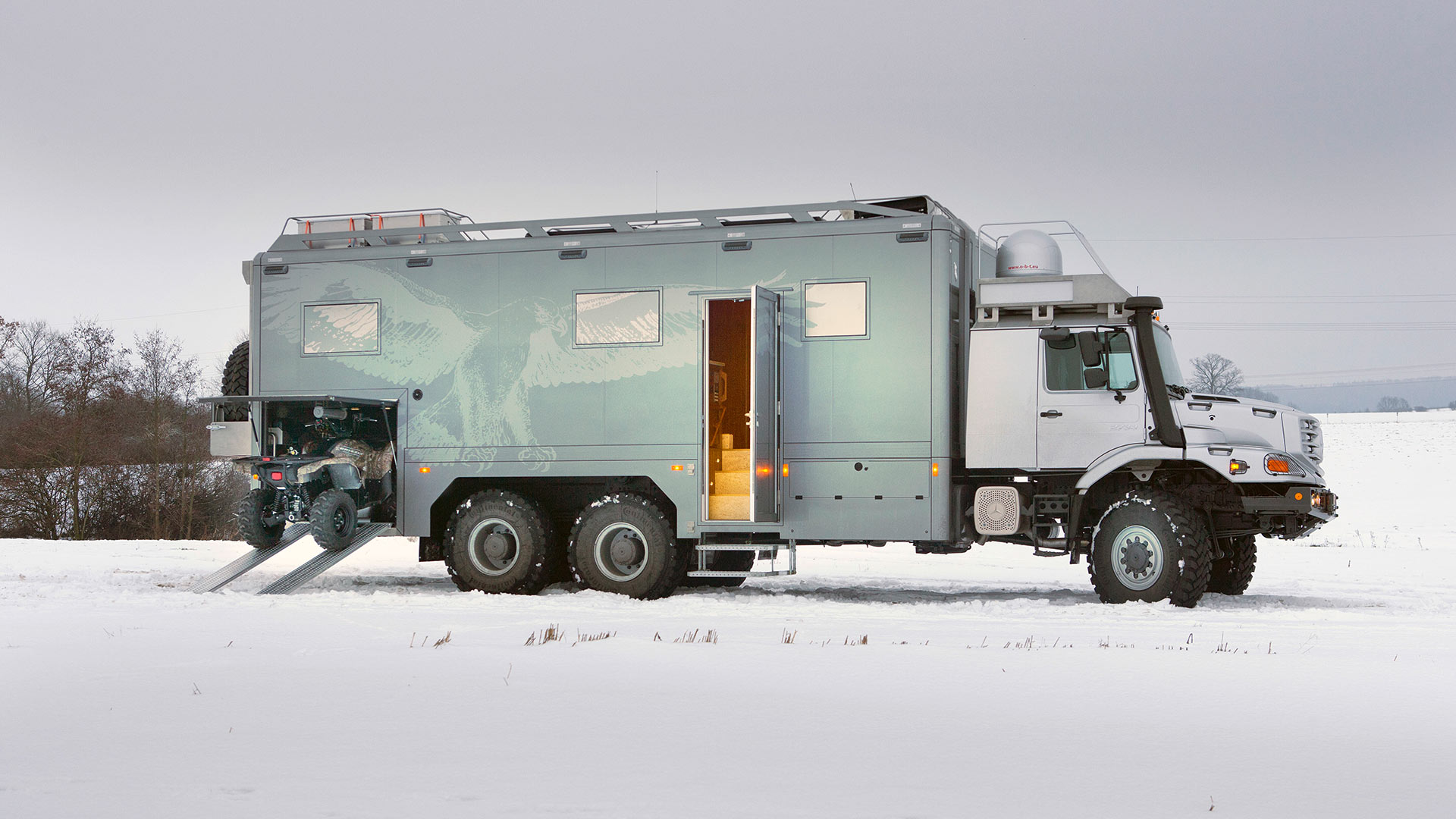 Even fancier than the XV-HD, this particular 6×6 Mercedes-Benz Zetros was commissioned by two Mongolian businessmen to go hunting in the wild Altai mountains. With a 7.2-litre engine and locking differentials on each axle, the Zetros really can go anywhere. Oh, and there is even a quad bike stored beneath the cabin, just in case.

The bathroom has a marble floor, with underfloor heating throughout. A fitted kitchen provides cooking facilities for up to eight people, while a 46-inch flat-screen TV is installed to keep them occupied. A self-aligning satellite dish means there is no risk of missing your favourite TV show. 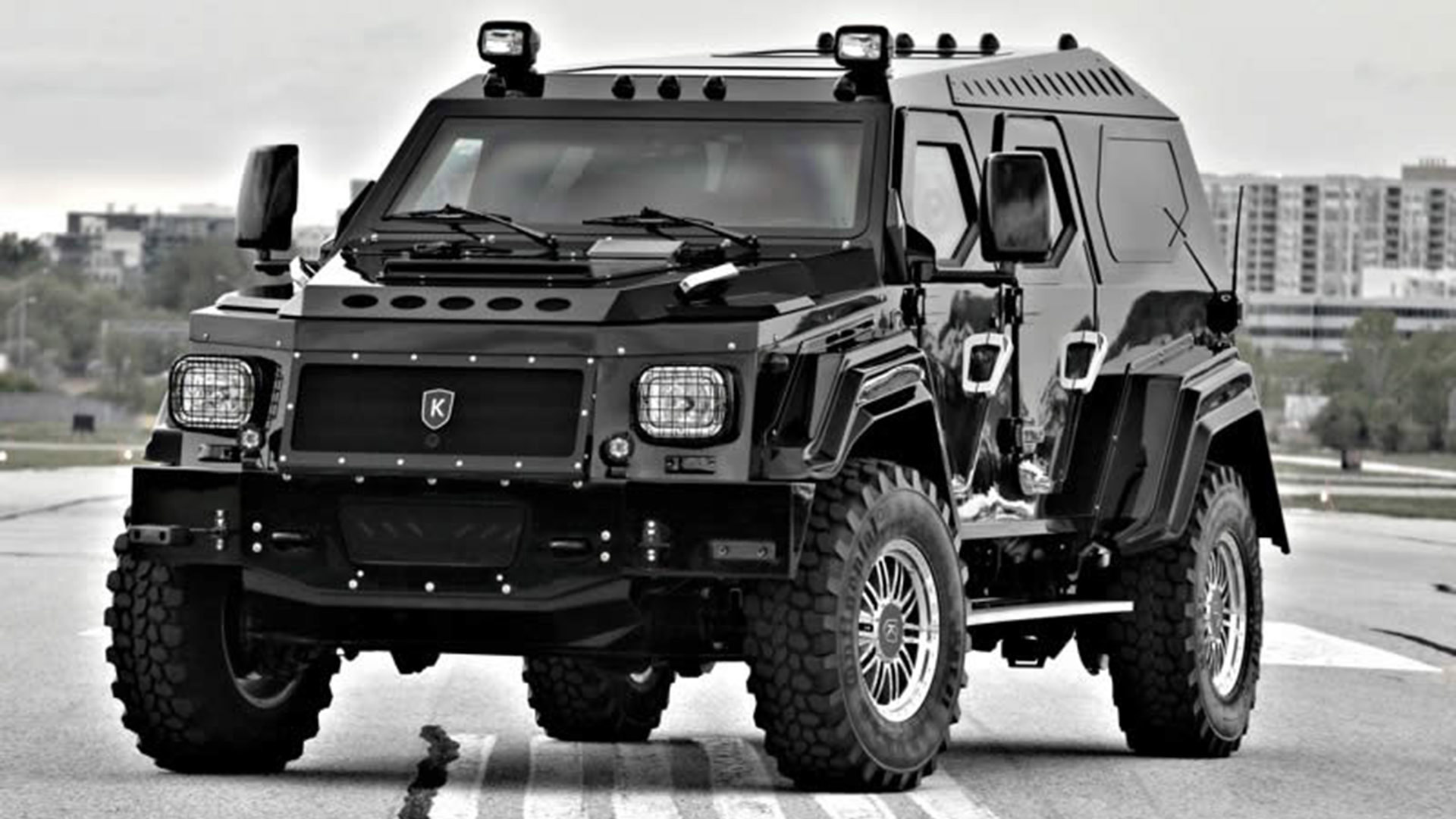 Built in Canada, the Knight XV is the armoured SUV to remove all your worries. Taking over 4,000 hours to build from scratch on a Ford F-550 chassis, the Knight XV can be specified to resist bombs, bullets and even chemical weapons.

It’s not all doom and gloom, with interior options including leather seats, luxurious Wilton carpets, and even the choice of an integrated Xbox or PlayStation. Base models start from $629,000 (£484,000), but ticking all the option boxes will push things to a considerable $828,000 (£637,000). 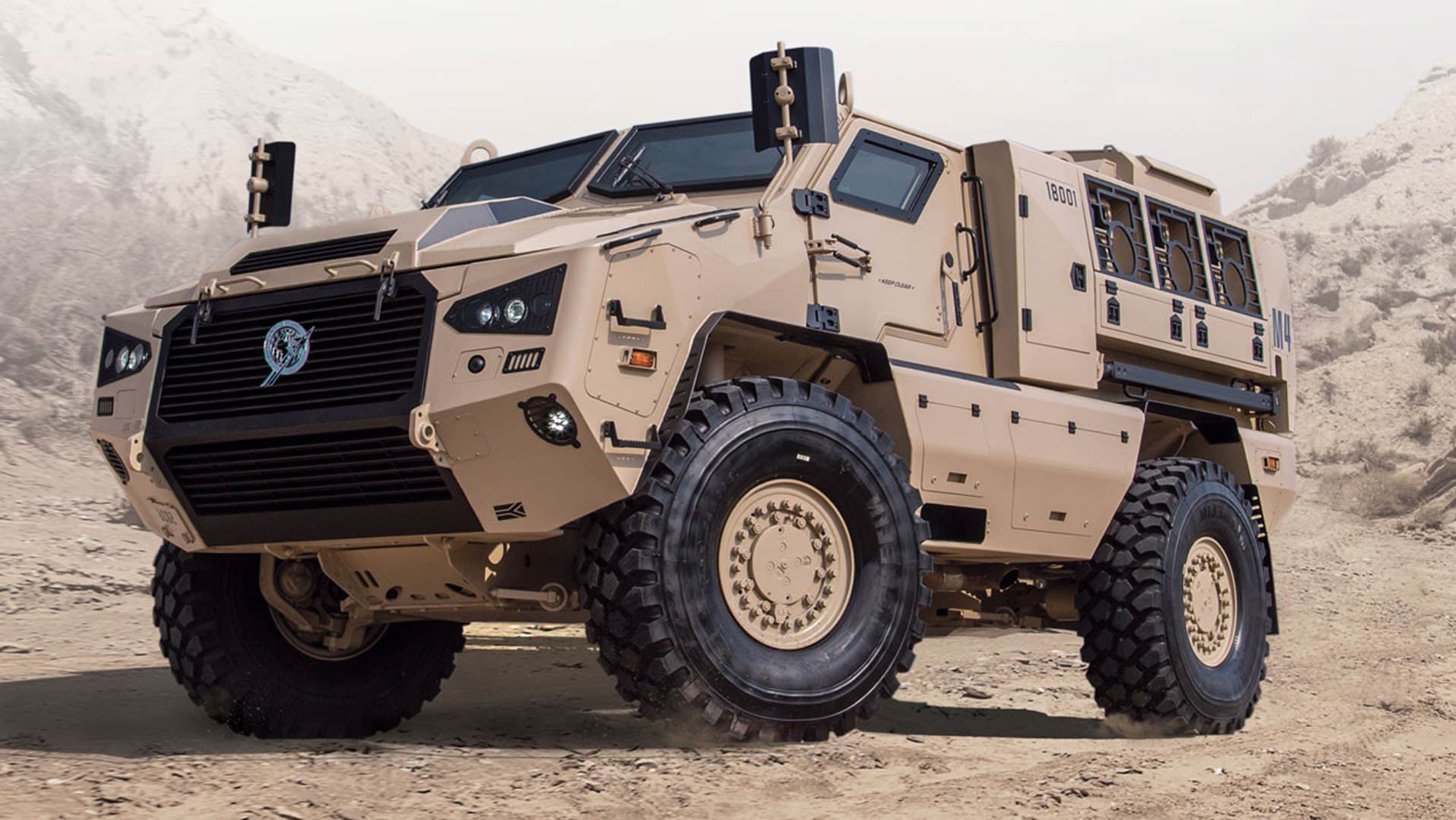 South African-based Paramount Group produces serious military hardware, so the Mbombe 4 should be sufficient if your local supermarket runs out of supplies. Able to accomodate a payload of 2,300kg, the AWD Mbombe 4 can even hit 87mph.

The hull design of Mbombe 4 allows it withstand side blasts from up to 50kg of TNT explosives, along with protection from mines and IEDs. If you’re really concerned about protection, a wide array of weapons systems can be added, too. 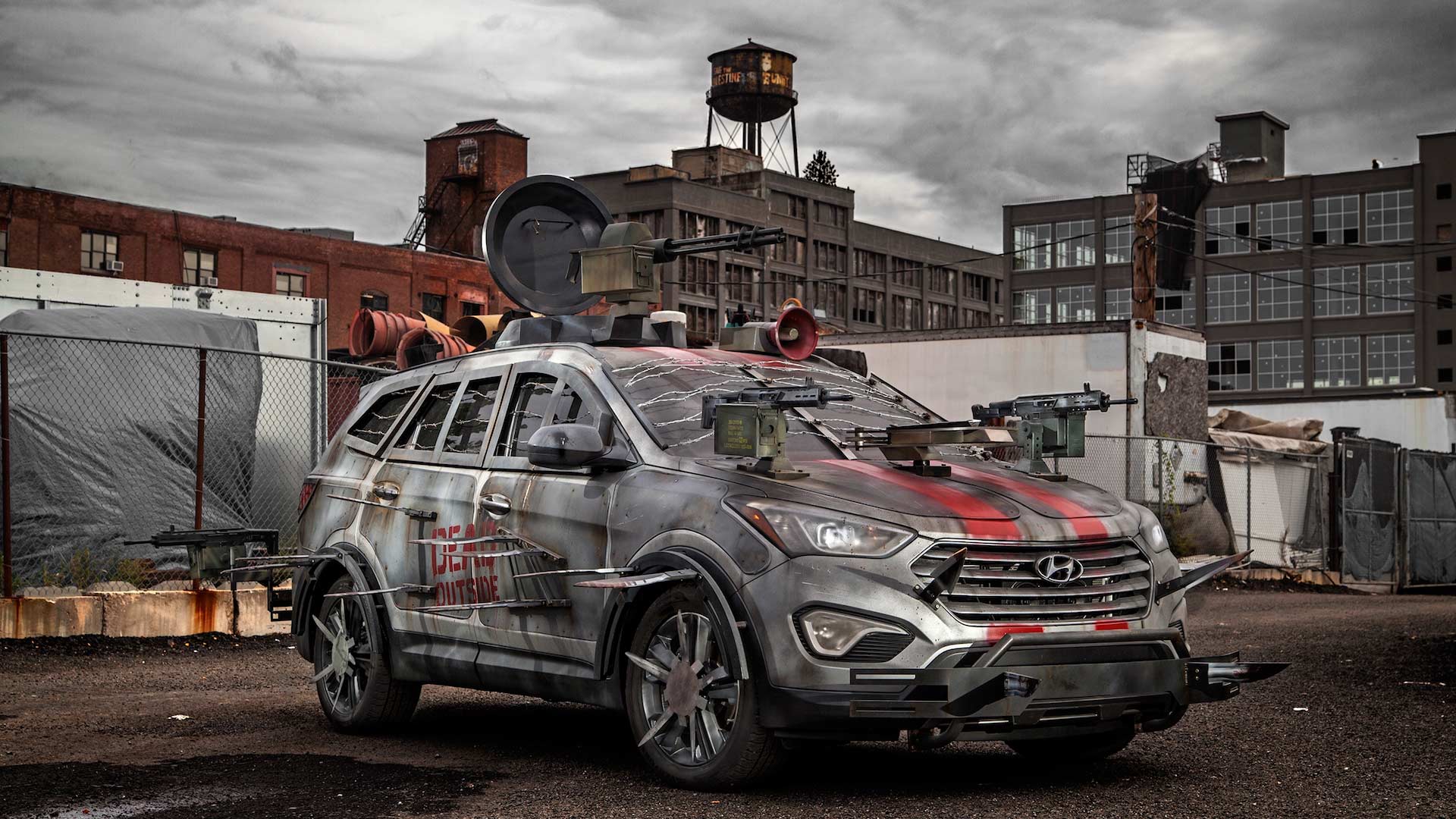 Designed by a fan of The Walking Dead series, this Santa Fe might have a hard time passing an MOT test. Anson Kuo took inspiration from the new Hyundai he had just purchased, and entered his creation in a competition to find the ultimate zombie survival vehicle.

Displayed at the 2013 Comic-Con event in New York, the Santa Fe ‘ZSM’ includes terrifying additions such as an automatic crossbow, three machine guns, and even barbed wire across the windscreen. Kuo did at least argue that using an SUV would leave room for friends and supplies inside.