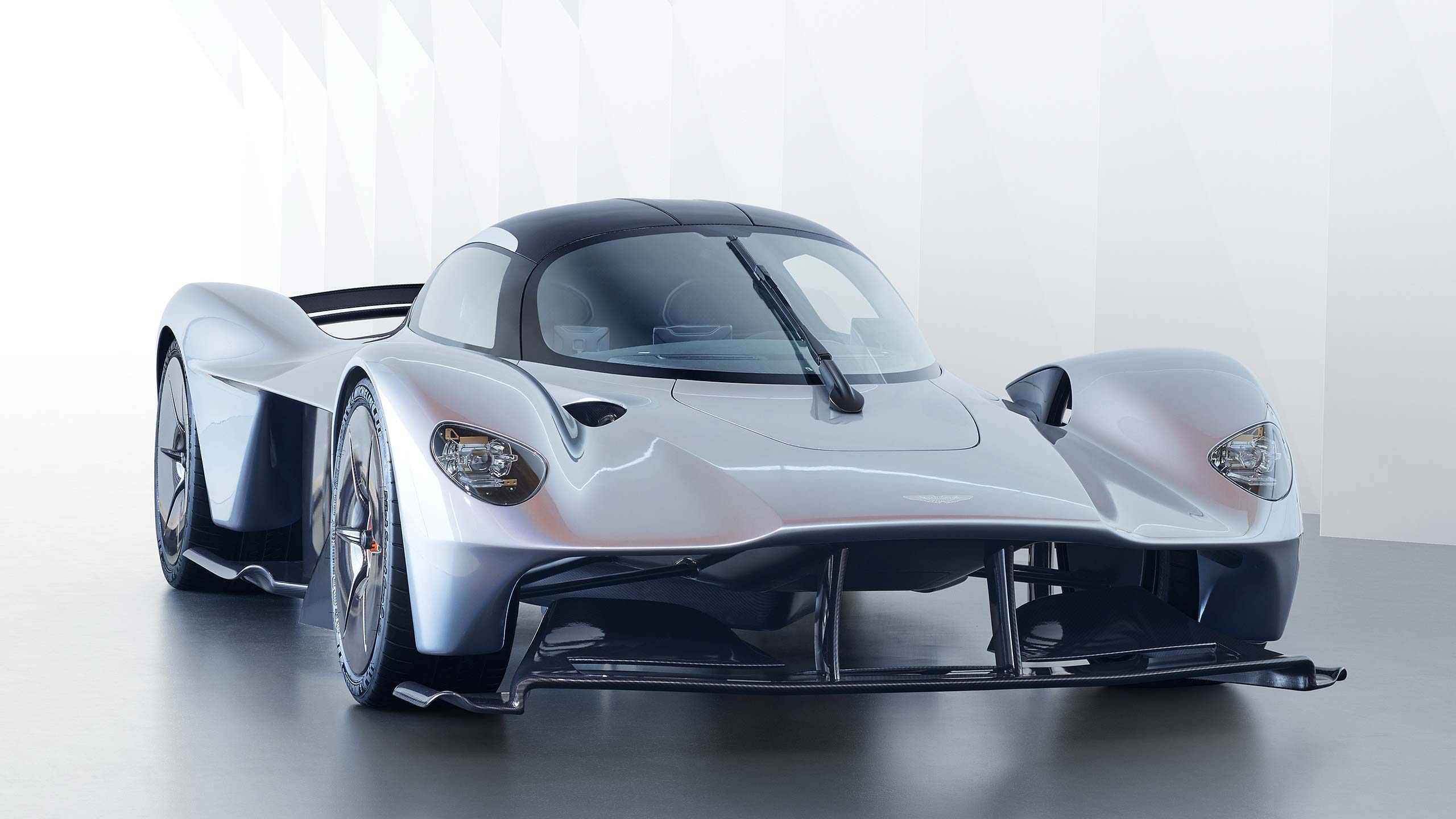 Aston Martin has presented its Valkyrie hypercar, designed by F1 legend Adrian Newey, in near-production form, and also treated us to a look at the production-intent interior for the first time. Expected to cost well over £2 million, with just 150 to be built, the Valkyrie is set to go into production late on in 2018.

Until then, Red Bull’s Newey is going to continue tweaking the design as part of his obsessive approach to perfecting aerodynamics: the Valkyrie is likely to be the most extreme F1-inspired road car the world has ever seen, one that will produce unprecedented levels of downforce at speed.

Aston Martin exterior design director Miles Nurnberger said: “I would say we’re around 95 per cent of the way there with the exterior design. Much of what you see is actually the structure of the car, so this had to be signed-off relatively early in the project. The remaining areas of non-structural bodywork are still subject to evolution and change as Adrian [Newey] continues to explore way of finding more downforce.”

One of the biggest changes to the Valkyrie compared to earlier models are the openings in the body surface between cabin and front wheelarches. While crunching the numbers and running umpteen computer models, Newey found they delivered significant improvements in front downforce. So he insisted they were included: over to the design team to integrate them…

Panoramic visibility has been a big focus of the design team, which is why the Valkyrie has two additional screens inside: these are fed by rearward-facing cameras and replace traditional door mirrors.

The Valkyrie is all set to be the most extreme F1-inspired road car the world has ever seen, one that will produce unprecedented levels of downforce at speed.

“Ordinarily the last thing we’d want to do to one of our surfaces is cut a hole in it, but these vents work the front wings so much harder that they’ve found a significant gain in front downforce,” said Nurnberger.

“The fact that they are so effective gives them their own functional beauty, but we’ve finessed them without impacting on their functionality. That they also serve as windows through which to view the fabulous wing section front wishbones is a welcome bonus!”

Inside the Aston Martin Valkyrie 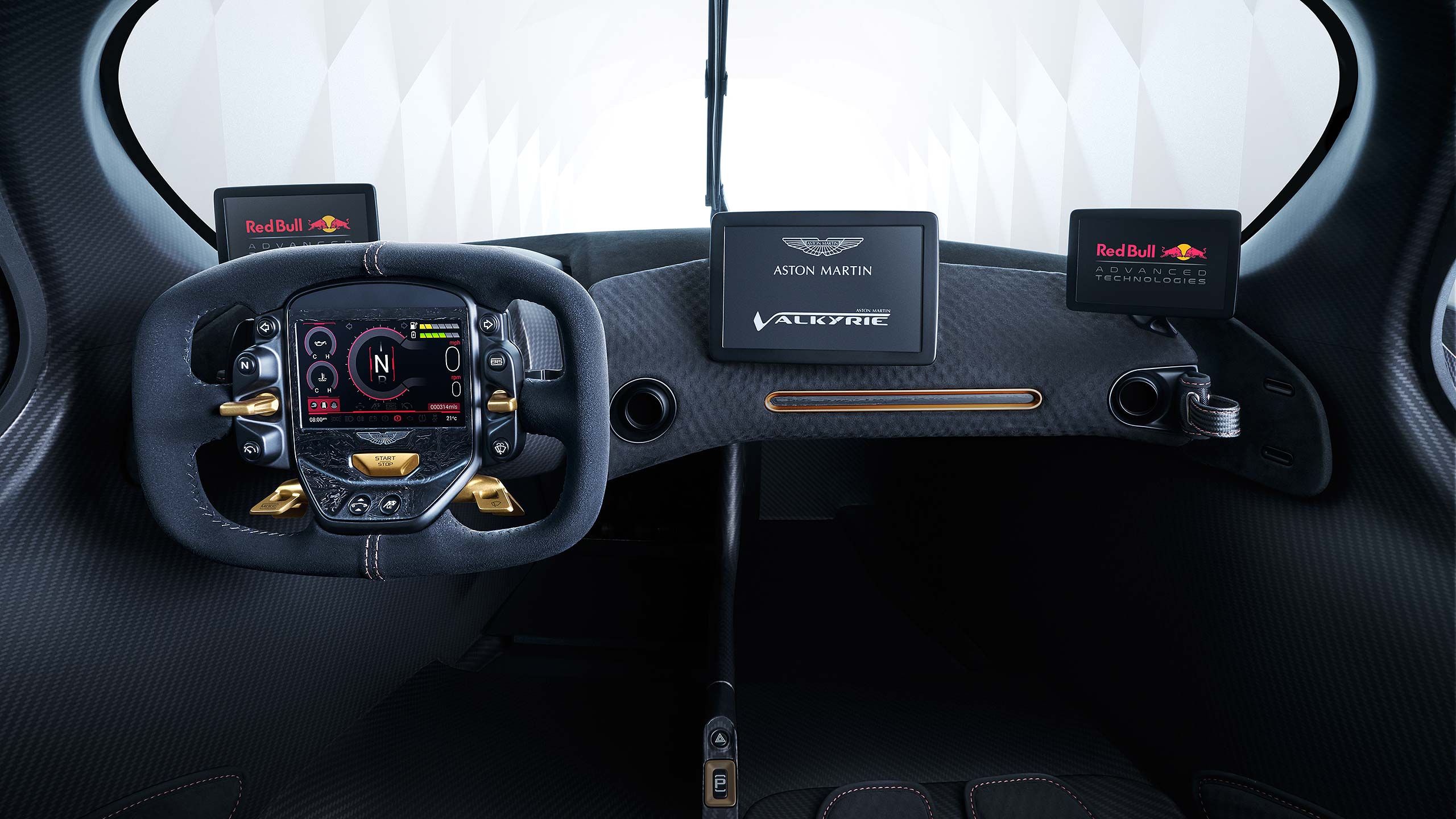 The Valkyrie’s interior sits within a teardrop-shaped upper surface and accessed via twin gullwing doors. It’s shaped around two venturi tunnels either side, within which great quantities of air are drawn through the car to feed the massive rear diffuser and create “extraordinary” levels of downforce.

Perhaps inevitably, it’s thus not going to be the largest hypercar interior in the world, but Aston says it will still take two 98th percentile adults, helped by space-saving seats being mounted directly to the tub, and occupants sitting in a laid-back, ‘feet-up’ driving position similar to an F1 racer.

It’s not going to be the largest hypercar interior in the world, but Aston says it will still take two 98th percentile adults, helped by space-saving seats being mounted directly to the tub.

To make getting in and out easier, and give Valkyrie owners the ultimate desktop trinket, the steering wheel is removable.

Aston’s interior design director Matt Hill admits “we’ve been fighting for millimetres everywhere, but the battle has been worth it, as it’s been fantastic seeing customers try the interior buck for size. They love the ritual of getting in and how it feels to be sat behind the wheel.

“They’re also genuinely surprised at how the car just seems to swallow them. You really do have to sit in it to believe there is genuine space for two large adults.”

Like a racing car, all the controls are mounted on the steering wheel, and there’s just the one OLED infotainment display in the centre of the car. To make getting in and out easier, and give Valkyrie owners the ultimate desktop trinket, the steering wheel is removable.

Panoramic visibility has been a big focus of the design team, which is why you’ll see two additional screens in the images: these are fed by rearward-facing cameras and replace traditional door mirrors. They’re absolutely essential, too – because of the wraparound cockpit, the Valkyrie doesn’t have a rear window (so legally doesn’t need to have a central rear view mirror either). 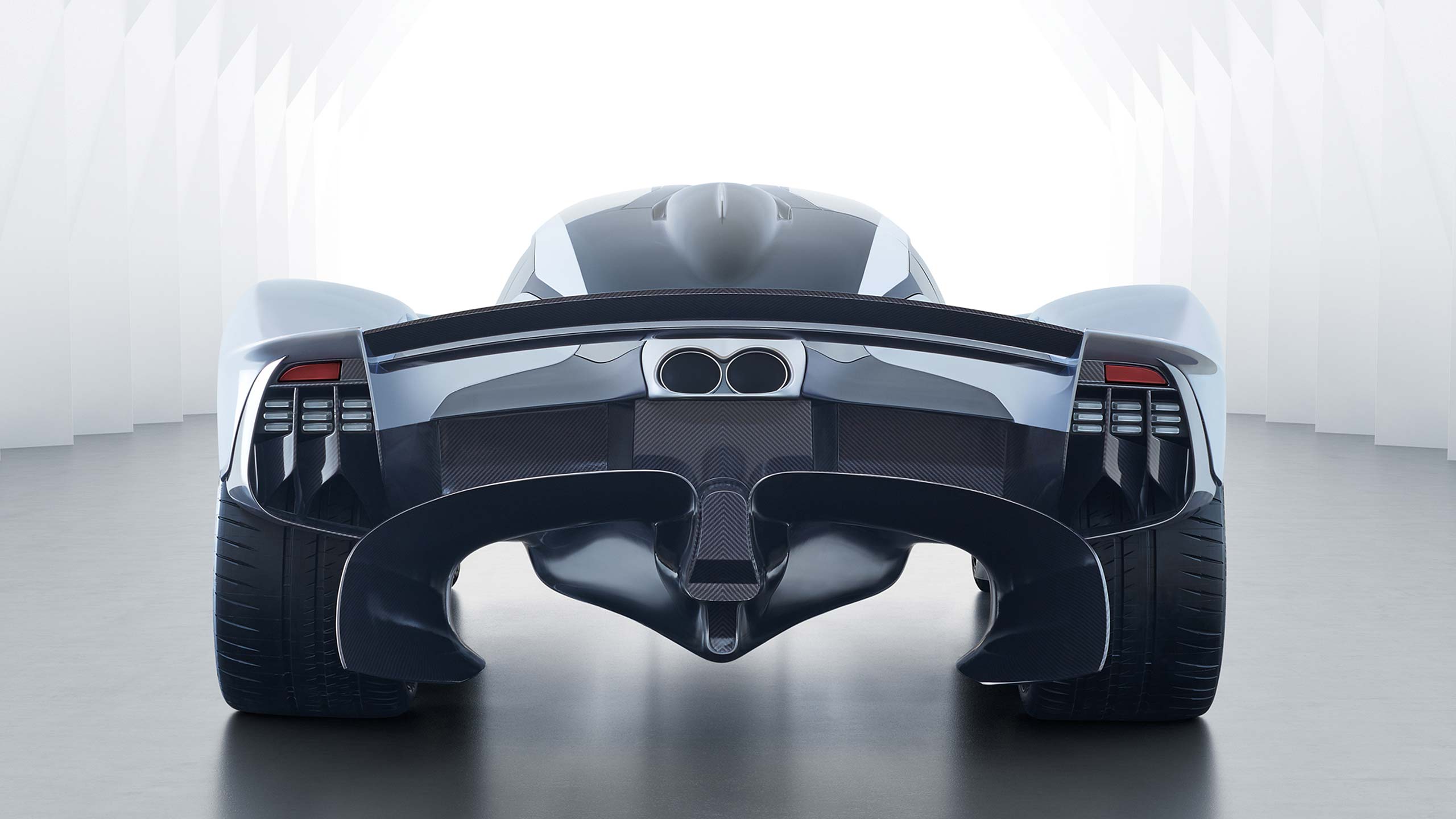 Aston Martins always have the ‘wings’ badge on the nose. But Newey felt a normal badge was too heavy, while Aston reckoned a sticker wasn’t posh or high tech enough for the Valkyrie.

The solution? A chemical etched aluminium badge, one 70 microns thick that’s 99.4 percent lighter than a normal badge. 30 percent thinner than a human hair, the badge is stuck on the painted body then covered with smooth lacquer. 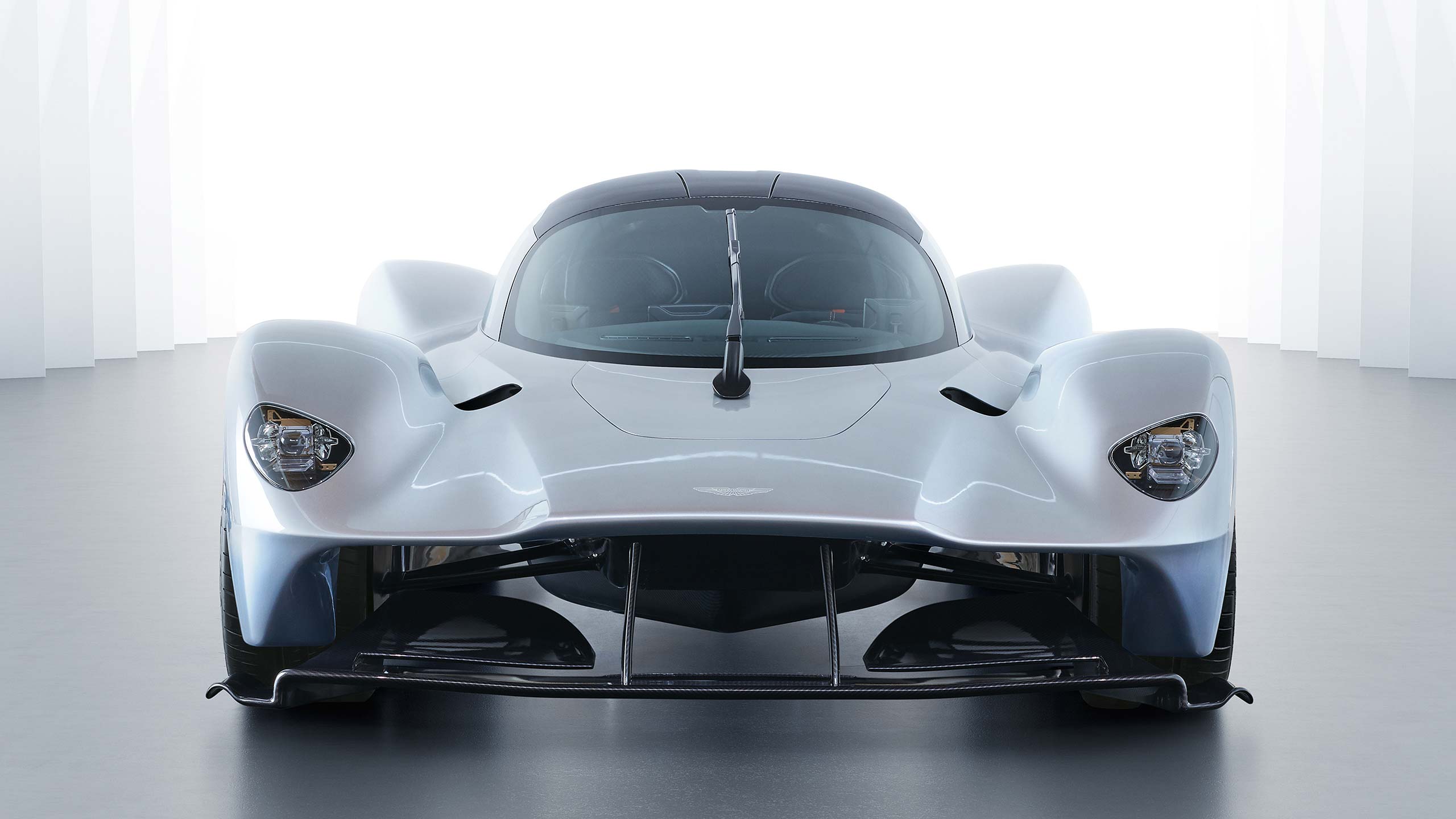 Headlights are also up to 40 percent lighter than the world’s lightest headlights currently in production. That’s because they’ve been minimised down to just low and high beam units attached to an anodised aluminium frame – one that, as it’s exposed, is a work of art in itself, says Aston.

The one thing we don’t yet know much of is the Valkyrie’s engine power. The Cosworth V12 will be paired with an electric hybrid drivetrain, to produce well over 1000hp. Given how the target kerbweight is 1000kg, this means performance is likely to be sensational: add in the Valkyrie’s amazing aerodynamics for what could be the most amazing driver’s car the world has ever seen.